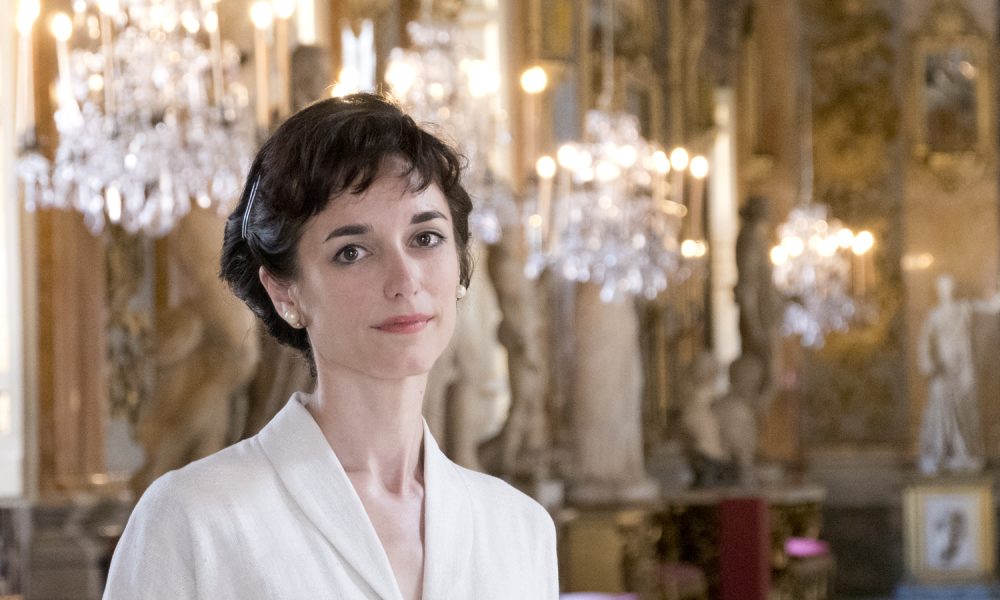 Today we’d like to introduce you to Kendal Brenneman.

Thanks for sharing your story with us Kendal. So, let’s start at the beginning and we can move on from there.
I came to Los Angeles at 18 years old to pursue acting. After years of doing background work, stand-in work, and short films, I decided it was time to try something new and have an adventure.

I decided to see if I could get a visa to live in Paris, and I did! My idea was to create my own web series, find my way into the film industry there, and come back to L.A. a success! That didn’t quite happen, although I did make two short films while in Paris. I ended up bouncing back and forth between France and Los Angeles still trying to find my way. A few years ago, while in France, I was frustrated at my failed attempts and feeling very helpless and isolated. At the time I had a ‘cave’, a little basement. I decided to turn it into a photo studio and start doing some self-portraits in vintage styles, imitating old Hollywood stars like Hedy Lamarr and Audrey Hepburn, which turned into a great creative outlet.

At the same time, I decided to quit putting off my goal of having a vintage wardrobe and started replacing much of my clothing with vintage pieces. When I returned to Los Angeles, I continued with this project, posting regularly on Instagram, and meeting some wonderful new friends along the way. Last year I heard of plans for Wildside Productions in Italy to produce a series on Audrey Hepburn and decided that this year and up until they’re casting, my focus would be on Audrey. So this summer I went on an extensive road trip across Europe, creating videos and taking photos in the places she lived and worked. I was surprised to learn that my new “Instagram friend” Terence Pepper, in London, had included me in his new book, Always Audrey. I can’t believe my pictures will now be forever on bookshelves, in a book including some of the most iconic photographers and the most well-known actress in the world. I’m still in the midst of this adventure, but I am so glad I decided to start my little self-portrait project. It’s not much, but it’s wonderful to have a creative outlet that you can share with others, and through which you can make new friends. I can’t wait to see what comes next.

Has it been a smooth road?
It’s definitely not been a smooth road. I don’t see myself as much of a business-woman, not that great at marketing, or any of the skills one needs to really push yourself as the product. And I haven’t ever had a team on my side to handle those things for me, as an actress. I’ve learned how to do some things – somewhat. But I always have so many ideas that I struggle to realize. I’m not a Renaissance woman who can write and direct and act and edit and score things all by myself.

And the constant juggling of earning enough money to survive, having the time to dedicate to my acting pursuits, and also trying to improve myself as a human being, let alone just deal with all the day-to-day things that steal away our time gets to be very wearing. I’m sure others can relate! When I’m earning enough money, things are great! I can invest in myself and feel good about where I’m going. When I’m not earning enough, I’m spending days and nights working to earn a dollar, and everything else gets neglected until I can pay the rent again. I think it’s been a constant uphill battle to get auditions for good roles, a challenge to pull together a talented, dedicated team who might want to produce some content of our own, and an internal struggle against feeling like I’m not even good enough for the roles I would want.

We’d love to hear more about your work.
When I started doing my self-portrait series, I started it as a creative outlet that I could control, and also as a way to really ‘brand’ myself for the roles I desired – period pieces, those World War 2 films, the Renaissance or Victorian women… anything pre-1960. I’m not an expert on fashion, by any means, but I love vintage styles and I think the way I dress these days sets me apart from most other actresses out there. It’s not just about the clothing… but you start to inhabit the clothing and feel different, in a way. I’ve been slipping back in time! And in my new French apartment, I’m filling it with antique furnishings as well, because that also feels more comfortable to me, and I can’t wait to begin taking pictures and even filming in here! With my photography project, and going after the role of Audrey Hepburn, I feel like instead of playing a part to entertain people, I’ve been using my life to entertain people.

How do you think the industry will change over the next decade?
Oh, that’s not really a question I can answer. We’re definitely in the midst of a shift. So many people can afford to create short films or digital series now, and we’ve got Amazon and Netflix changing things up… We seem to be on a path that is offering actors more control, more options, more platforms, and I hope that continues, as we have always been a bit at the mercy of so many other decision-makers. 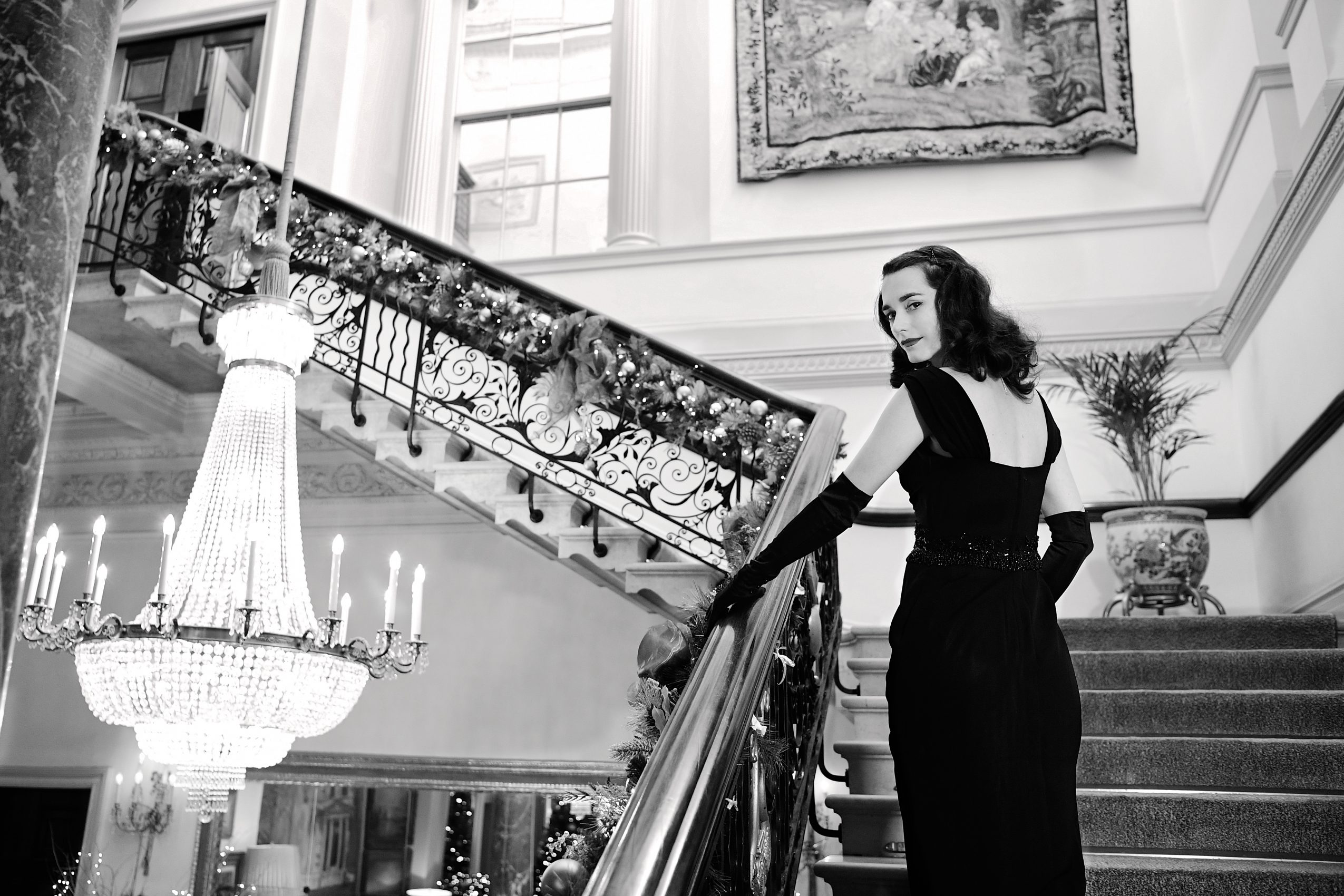 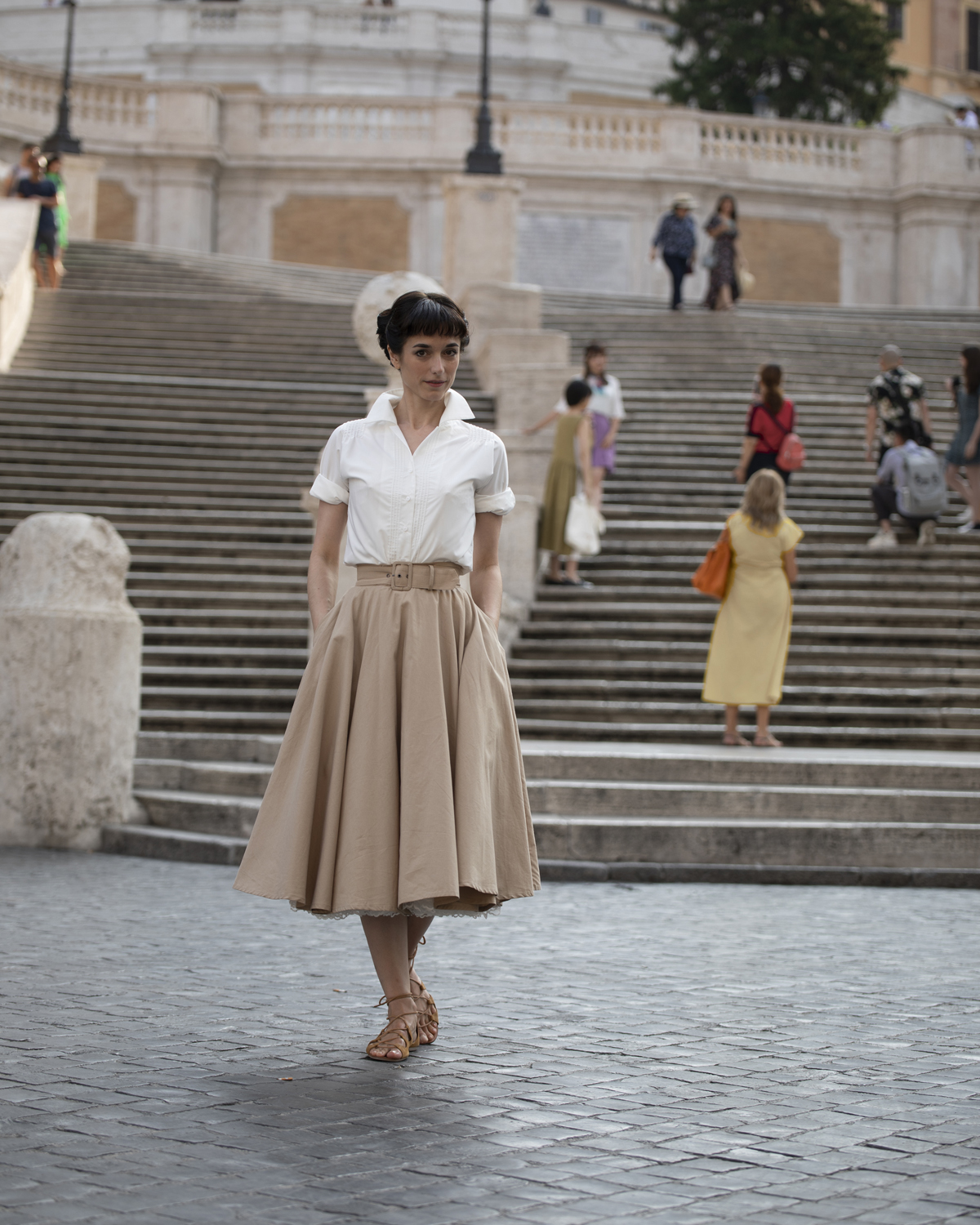 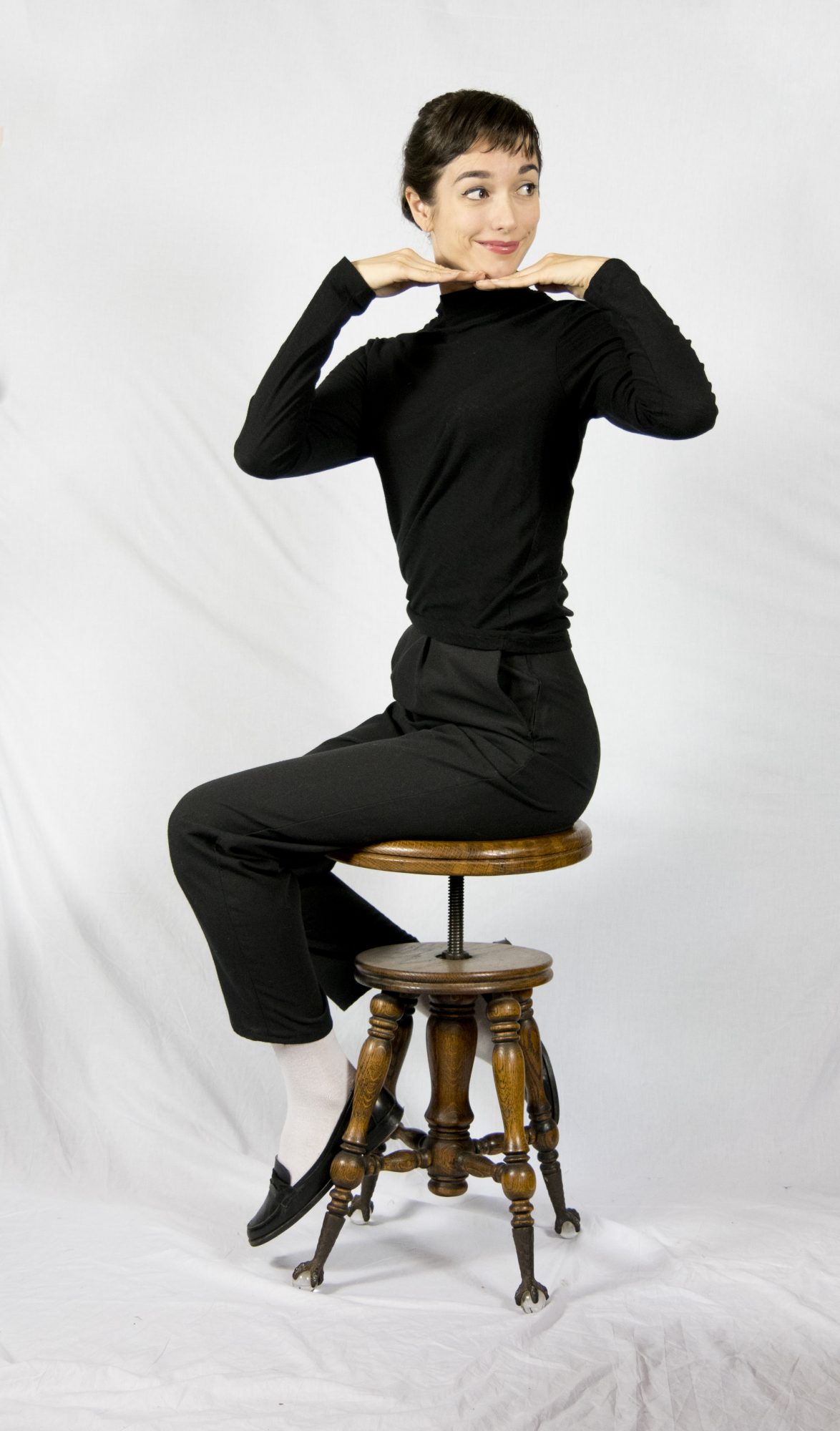 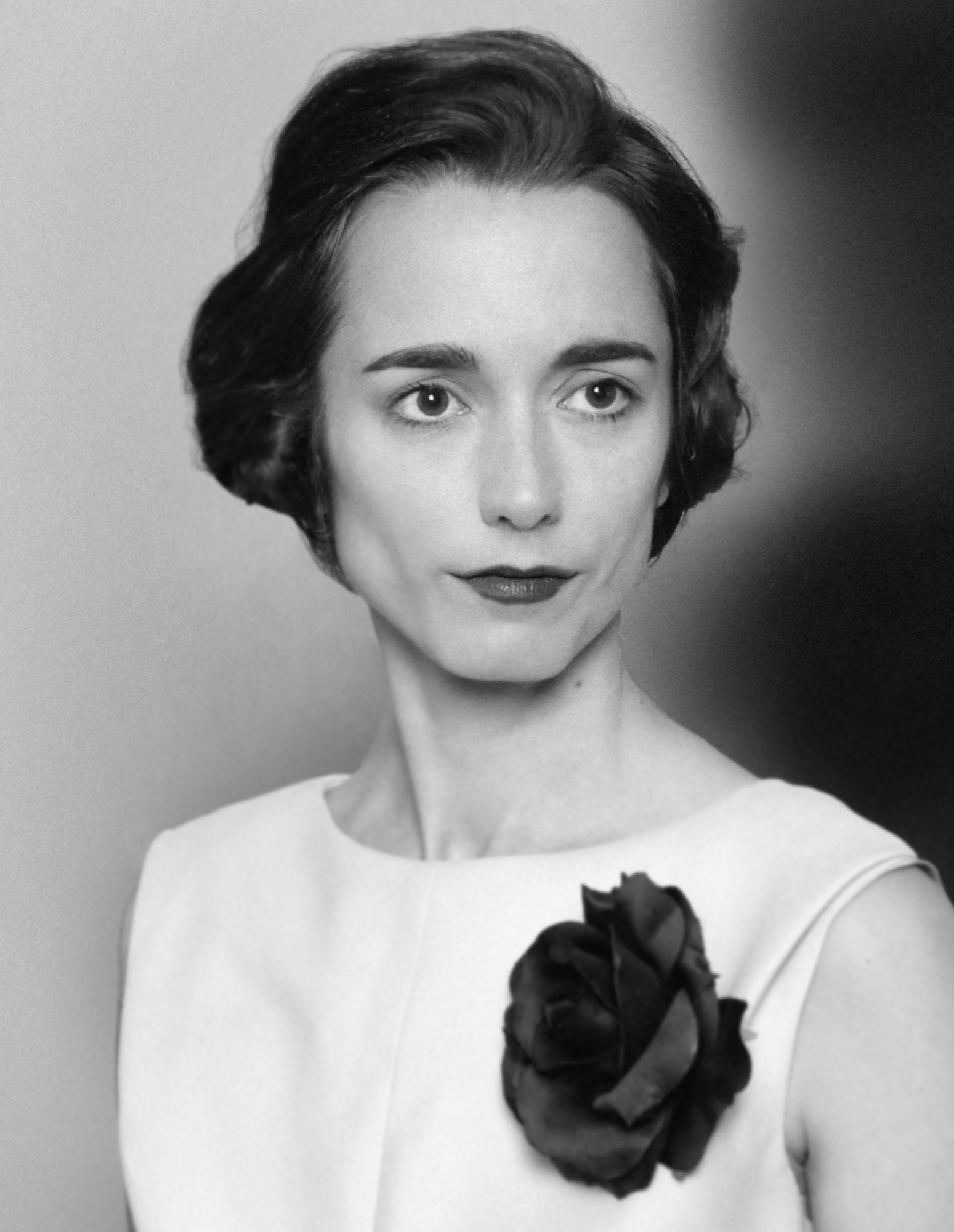