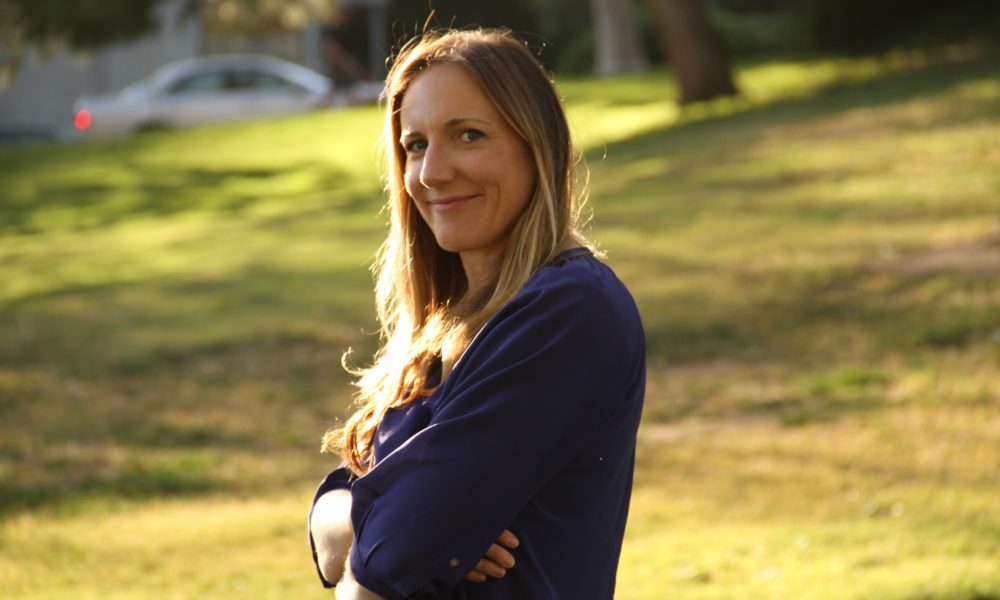 Today we’d like to introduce you to Kenda Greenwood Moran.

Kenda, please share your story with us. How did you get to where you are today?
Growing up in Berkeley, California, my dad was a physicist and entrepreneur, my mom was an artist, and I was torn between two worlds. I considered becoming a mathematician, an architect, or a botanist, but I also dreamed of living in an artist’s loft in Lower Manhattan (as my mother had done). While I spent my youth pulled between the logic of science and the romance of art, I wrote. At ten years old, I won a horror contest with a short story about a haunted lake, and at fourteen I wrote my first play about the dramas of two angsty teen girls, set entirely in two adjacent stalls in a high school bathroom. But it wasn’t until the movie Good Will Hunting came out that my professional path presented itself. Appropriately, the film centered on a young person with potential but no direction. Obsessed, I saw it eight times in theaters. And inspired by the two young guys who wrote it, I decided to write my own movie. That first, terrible script, eventually led me to NYU’s Tisch School of the Arts, where I studied filmmaking.

After college, I lived on Lower East Side while working in the camera and electric department on a handful of independent films. Eventually, in an attempt to make an easier time of paying the bills, I took a job as a Production Assistant on a reality TV show. Writing took a back seat as I quickly worked my way up on reality shows like Wife Swap and Queer Eye. Before long, I became a producer, then a director, and eventually the showrunner of MTV’s acclaimed docu-series, Teen Mom. Producing unscripted television is creative, collaborative, and enormously challenging – and my favorite part of the job was crafting the story in post-production, giving each journey a beginning, a middle, and an end. Once again, I was telling stories about angsty teen girls, which remains one of my favorite subjects.

But when my dad was diagnosed with early-onset dementia, and I watched him lose his brilliant brain and the ability to do what he loved, I had to ask myself if I was doing everything I wanted with my life. I stopped working as a producer and spent more time with him, and I started writing again for the first time in years, beginning with Legacy, a one-hour TV pilot about a husband and wife team in charge of the Mars Colony program, and the wife’s choice to conceal her husband’s dementia in order to save the mission. That script advanced to the second round in the Sundance Episodic Story Lab, and the thrill I felt writing it made me certain I wanted to write for television.

In 2016, I moved with my now-husband from Brooklyn to Los Angeles to become a screenwriting fellow at The American Film Institute. Since receiving my MFA, I’ve been working as a writer, and I currently have two TV projects and a feature in various stages of development (two of which are about angsty teen girls). When my dad passed away last year, I was lucky enough to be beside him as he took his last breaths, and to know I’m spending my days on earth doing exactly what I love.

Great, so let’s dig a little deeper into the story – has it been an easy path overall and if not, what were the challenges you’ve had to overcome?
My road has been bumpy, but I’ve been lucky to share the journey with some excellent people who helped me through the challenges. Producing unscripted television at times meant working grueling ninety- or hundred-hour weeks, flying ten or twenty times a month, living in hotel rooms in Nebraska and Indiana, surviving on coffee and cold pizza, and fielding frantic phone calls at three A.M. But it also meant getting to know parts of America I never would have otherwise seen, sharing long van rides with the strangest and best humans on the planet, and building relationships with young people who trusted me to tell their stories.

Becoming a writer has been grueling in an entirely different way – showing my work is like standing naked in front of a crowd and asking for their criticism. And they always have some! It has also been challenging to leave the steady paycheck of unscripted showrunning to be born again as a baby writer, with all the financial uncertainty that entails. But I’m grateful to have found mentors and friends to help me navigate this new part of the industry and make choices that so far haven’t led me astray.

Please tell us about Story Machine, Inc..
I write for the big and small screen, mostly about women and power. I write about women fighting for political power, power dynamics within families, and young people discovering their supernatural powers. I have spent most of my adult life creating television for teenagers, as an unscripted showrunner and then as a development executive at MTV, and now and I love writing for and about teenagers, often misunderstood young women struggling to find their place in the world. Currently, I am most proud of Tammany, a historical drama pilot set in New York in the 1860’s, about a young woman who disguises herself as a man to work in politics. And I was thrilled to discover that project recently advanced to the second round of the Sundance Episodic Story Lab.

As the daughter of a physicist, I also write a lot of science fiction. While at The AFI Conservatory, I co-wrote a Sci-Fi short titled Progeny with the film’s director, Justin Daering. Progeny won Best Student Film at Screamfest Film Festival, Best Sci Fi Thriller Short at the Miami International Science Fiction Film Festival, and Best Pilot at Irvine International Film Festival. I adapted the short into a feature script and Justin and I are developing the idea as a series.

I am honored to have signed with APA, and recently I discovered I will be the recipient of a distinguished writing prize (which unfortunately I can’t boast about yet, but it will be announced soon in the trades).

Do you look back particularly fondly on any memories from childhood?
Growing up, I adored watching Star Trek: The Next Generation with my dad, and talking about how to build an android, and what it would take to make transporters a reality. That series was full of magic and logic, as well as messages of tolerance and equality – just like my dad. Maybe it’s strange that one of my favorite childhood memories is of a TV show, but I have always believed in the power of television to shape the world, which is why it’s essential to wield that power carefully and responsibly. 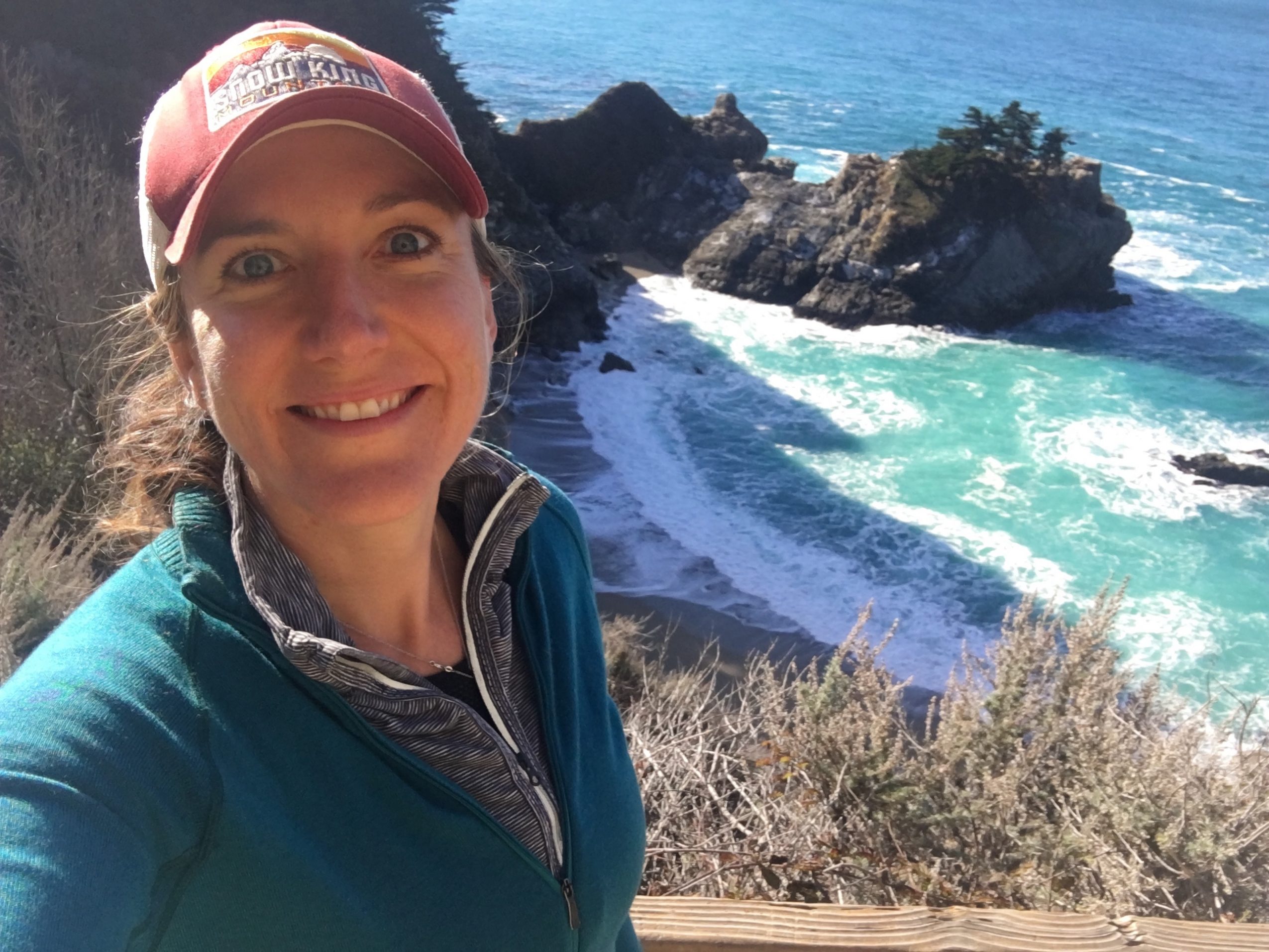