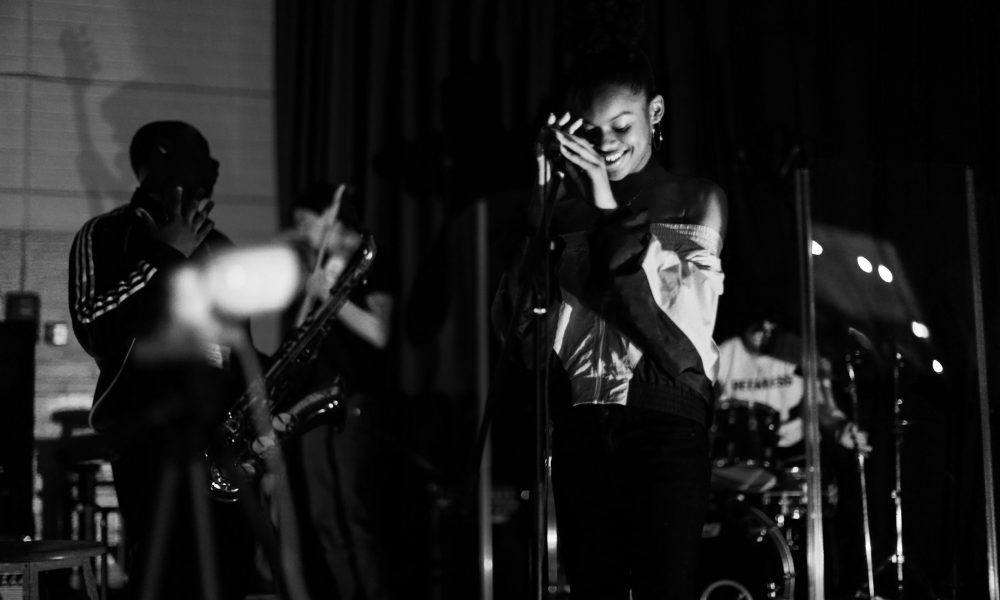 Today we’d like to introduce you to Kelsey Kelly.

Kelsey, please share your story with us. How did you get to where you are today?
I’ve been extremely blessed to experience the many things I have done. My love for music has been there since I was little, but when I was ten that was when I picked up my first instrument which was a guitar. From there, I dove into learning about music. In middle school, I picked up the trumpet and have been playing ever since. Then I got to high school and discovered music production and that’s what my eyes truly focused on. There are a number of jobs that surround music production and I wanted to learn all of them. From there, I just learned as much as I could with trumpet and music production. Oddly enough, playing trumpet and learning music production worked hand in hand for me. Playing trumpet helped me get my first job, which was playing a 2hr set at a cafe in Leimert Park called Hot & Cool Cafe. I started this in Fall 2018 of my senior year with two of my friends and that job led to meeting new people which came along with opportunities. This job made us well known around Leimert Park which is a true gem of LA.

From there, we performed a few more times after me and one of my band members graduated. Then we had to stop because we were starting a new chapter in our lives in different cities. I’m still LA-based and that’s how I got the opportunity to work at a company called Yours Truly; their website is creative.yourstru.ly. I got hired there due to the Adidas SoundLabs program that my alma mater Hamilton High School. My current boss contacted me midsummer about the position they had at their company, which was in July 2019. In August, I became a permanent employee and I’ve been there ever since. My position is Sound Labs Student Engagement Associate. I love working there, I’ve learned so much from my co-workers and have got to experience so many things. Projects that I was able to lead or help create.

We’re always bombarded by how great it is to pursue your passion, etc – but we’ve spoken with enough people to know that it’s not always easy. Overall, would you say things have been easy for you?
Getting to where I am now has not been a smooth road at all. I almost gave up music when I was about 15 or 16 because I felt like where I was within the different areas of music just wasn’t for me. I’m glad I didn’t stop, it was mainly my mom that kept pushing me to play trumpet and do music even though I was so tired of it. What got me back into playing was this community arts center in Leimert Park called the Fernando Pullum Community Arts Center; their Instagram is @pullumcenter. There I joined a big band jazz/funk group. That place pushed me way out of my comfort zone for the better and made me a better musician. I was finally understanding music concepts I didn’t before because I was surrounded by other musicians. I joined that center in 2016 or 2017 and for a little while everything was good, but that changed senior year of high school.

In my last semester of high school, I found out I didn’t get into any of the schools I applied to and I was crushed. I felt like I failed myself and it was hard to watch others around me celebrate their acceptance. I felt so lost. Luckily everything happens for a reason, I just didn’t know it at the time. So in late June after I graduated, I applied to Los Angeles City College because I heard about their music program and that they had scholarships. I received a scholarship and I’m going for free, studying music while still reaping the benefits of being in Los Angeles. After everything smoothed out with school and finding an amazing job I realized it was a good thing I didn’t go to a 4yr university because I wouldn’t have all the opportunities that I have now. Not going to a four years straight out of high school was probably one of the best things that could’ve happened to me.

Can you give our readers some background on your music?
I am a musician and I have been doing music for about eight years now. I love to help people along their music journeys. I don’t think I would want to be in front of the cameras or on the stage that much, but that may change. I really like to be behind people’s projects and help them develop and give them constructive music criticism to make them better. I don’t know everything so that’s why I like to work with new people no matter what they’re doing whether it’s what to do or what not to do, I’m learning. One thing that sets me apart from others is that I’m a girl…a black girl at that. I don’t see many people in the music industry that look like me so it’s a challenge for me to do what I want to do sometimes because I know I’m walking into a male-dominated arena. Even though that’s the case that will never stop me from achieving my goals, it actually motivates me even more for all the young girls out there to see someone who looks like them being successful.

What were you like growing up?
Growing up, I was a very shy child, which is kind of ironic because now I’m comfortable on a stage or in front of a large crowd. When I was little, I was always to myself, I didn’t speak to people unless I was comfortable with them. This personality lasted for a while until I started breaking out of my shell and that was around 12 years old. From talking to my mom it seems like I was always interested in the arts, whether it was dancing or music I wanted to try it, but my shyness when I was small stopped that early development of the arts. 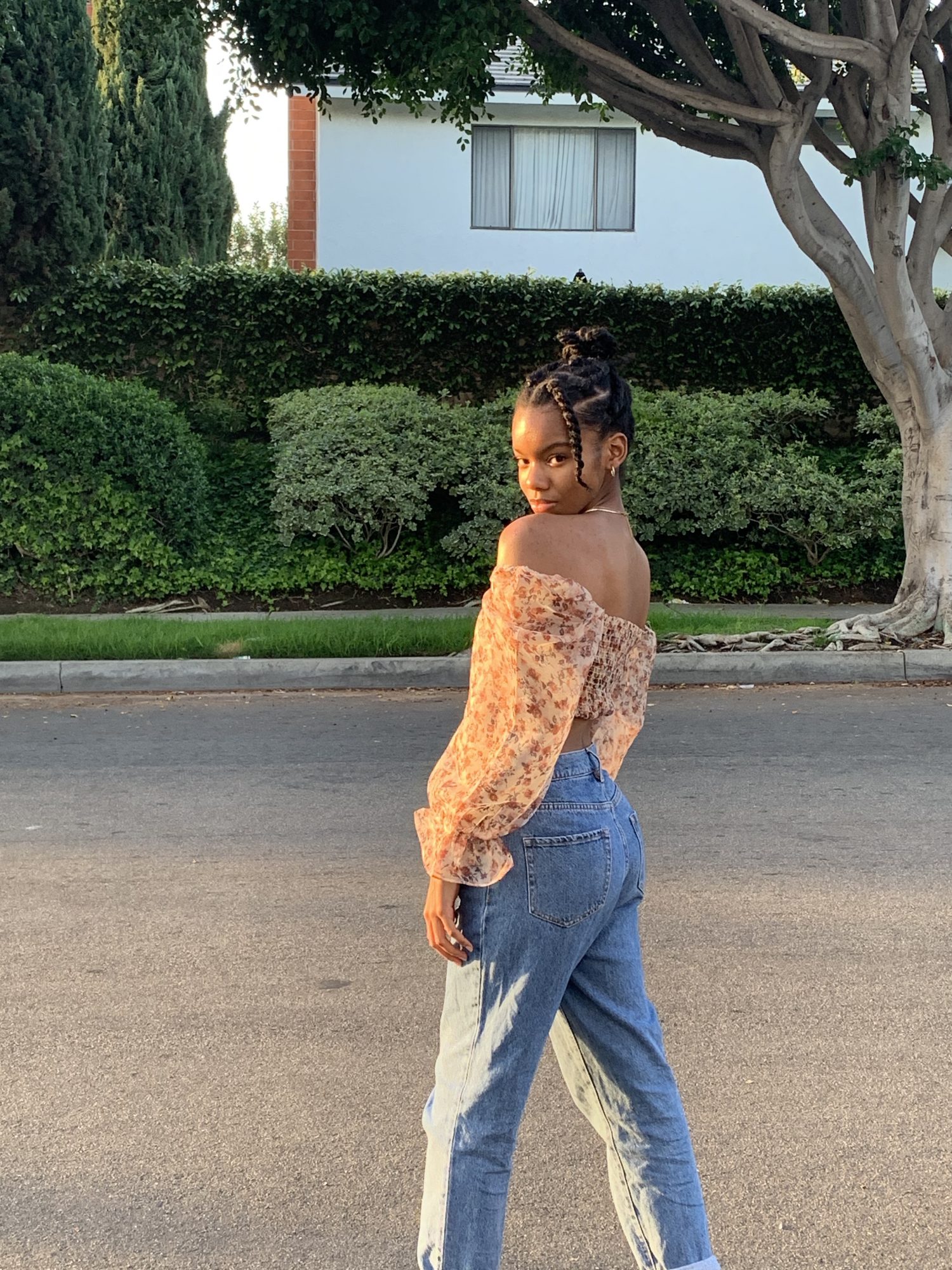 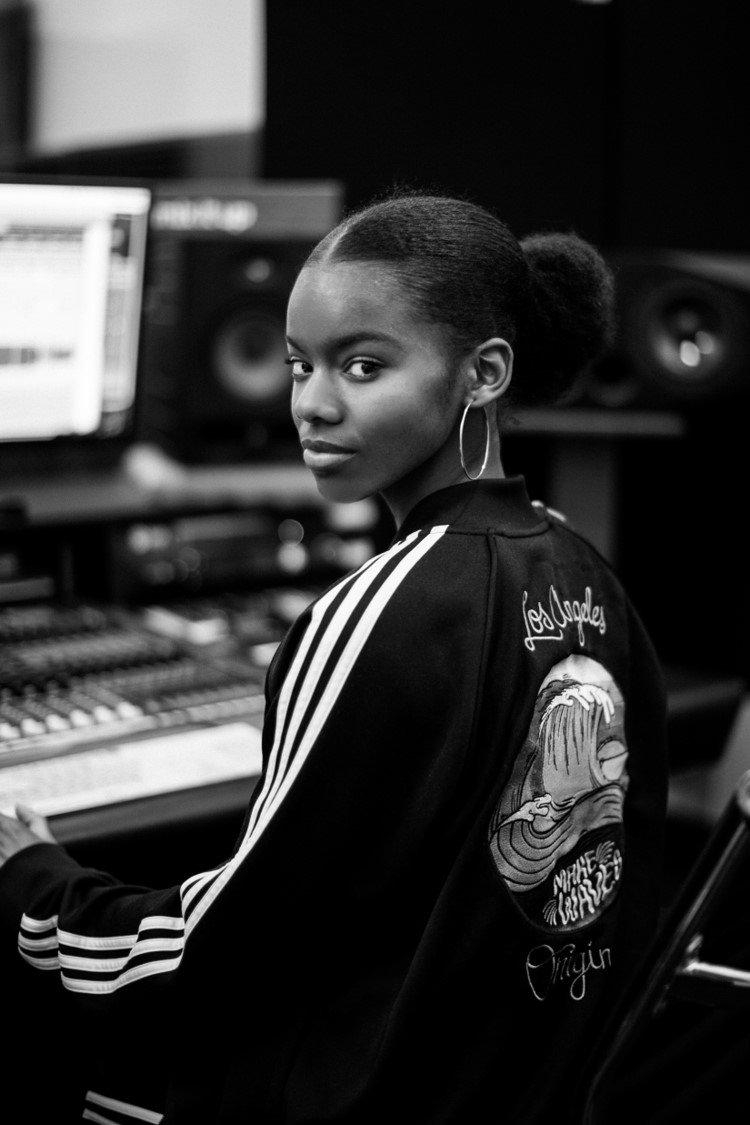 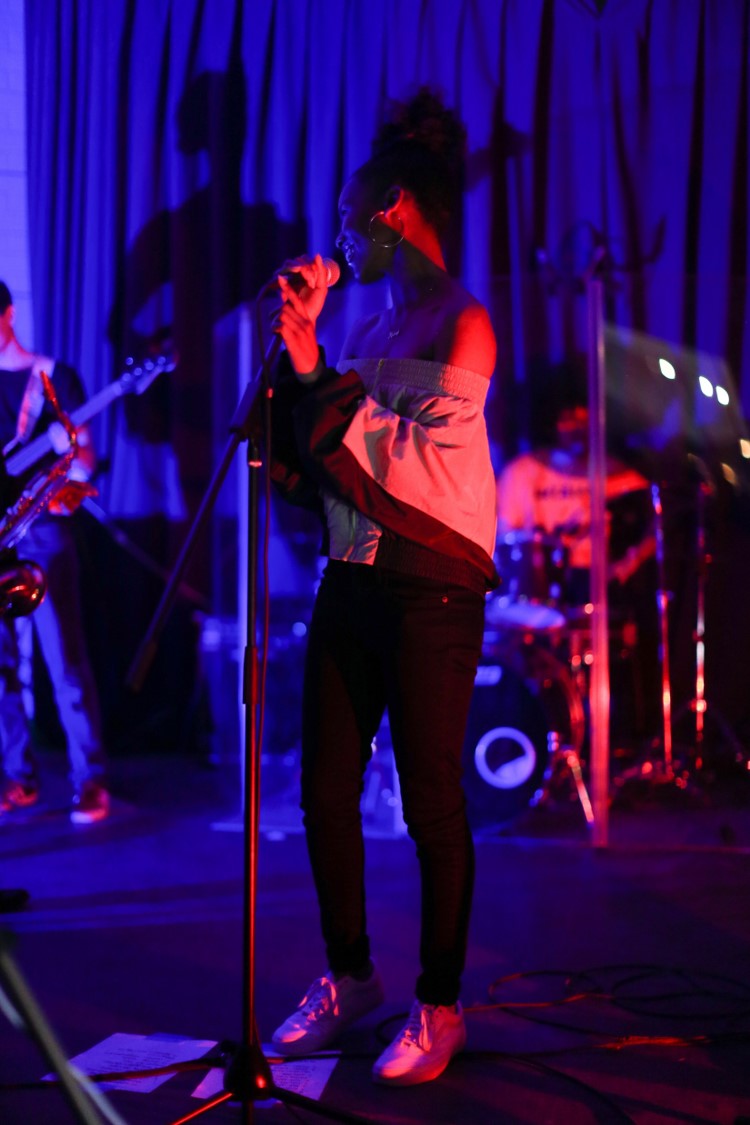 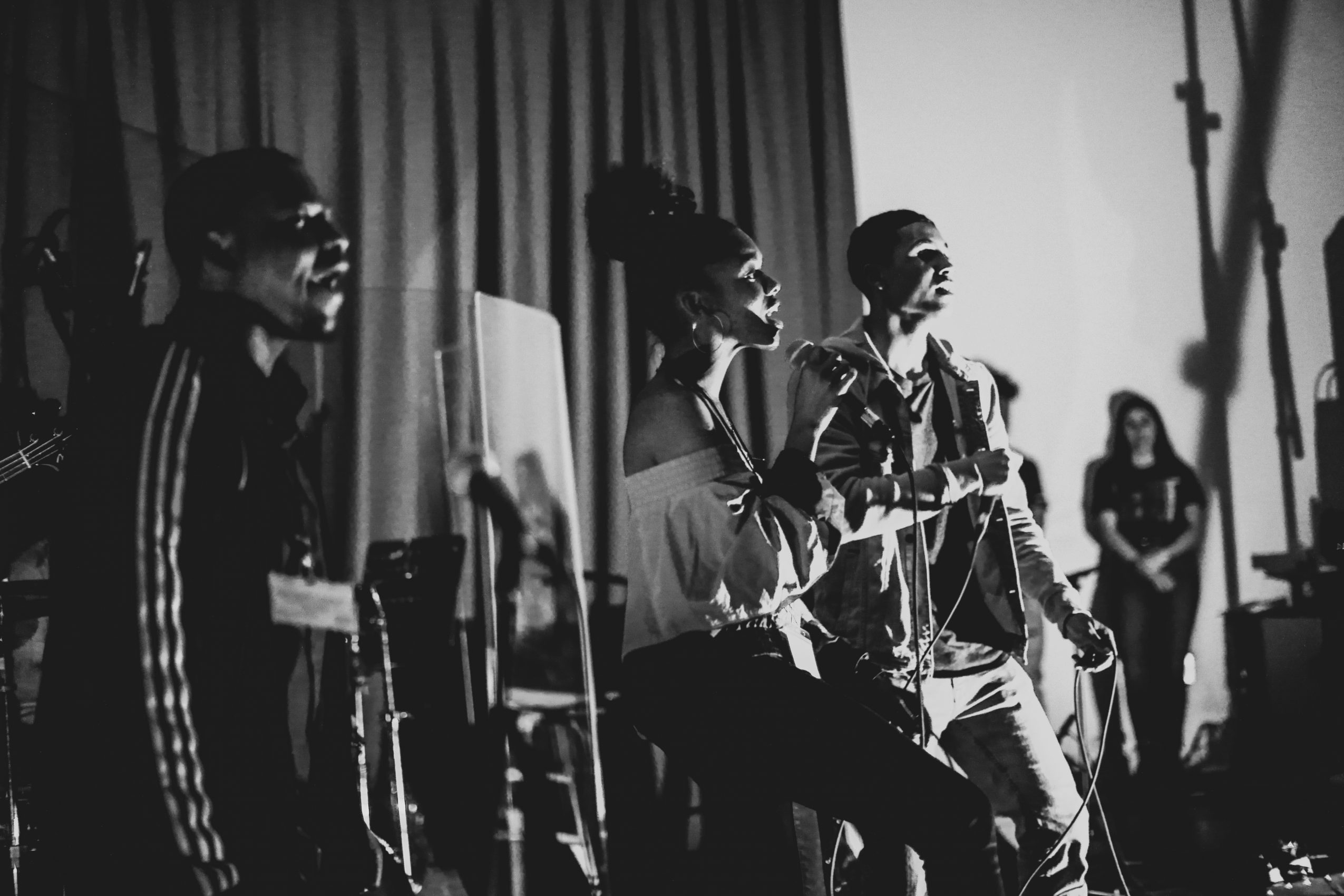 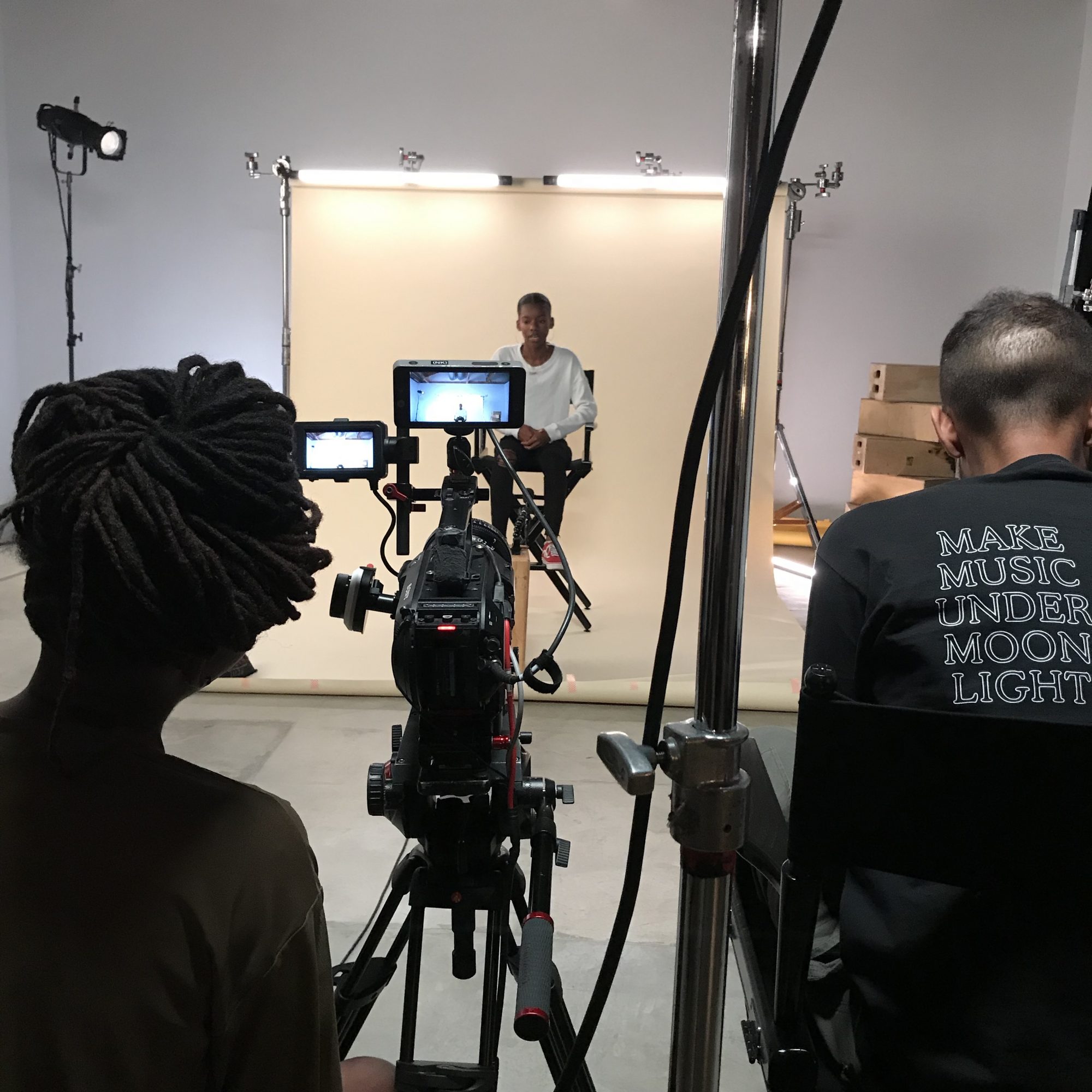 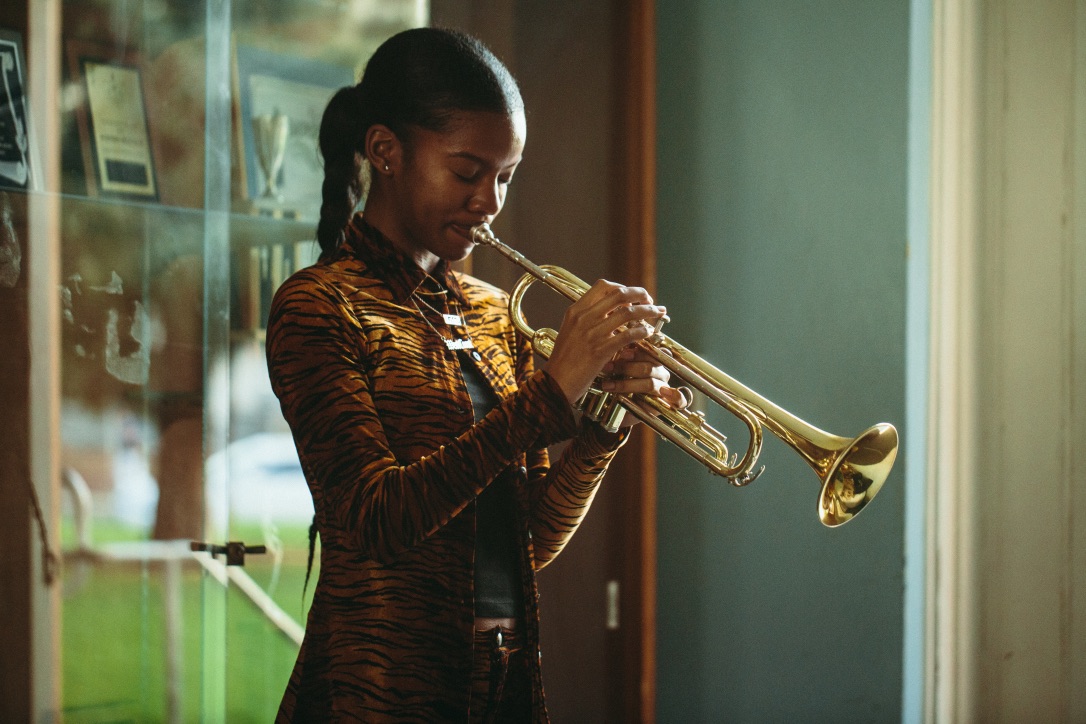 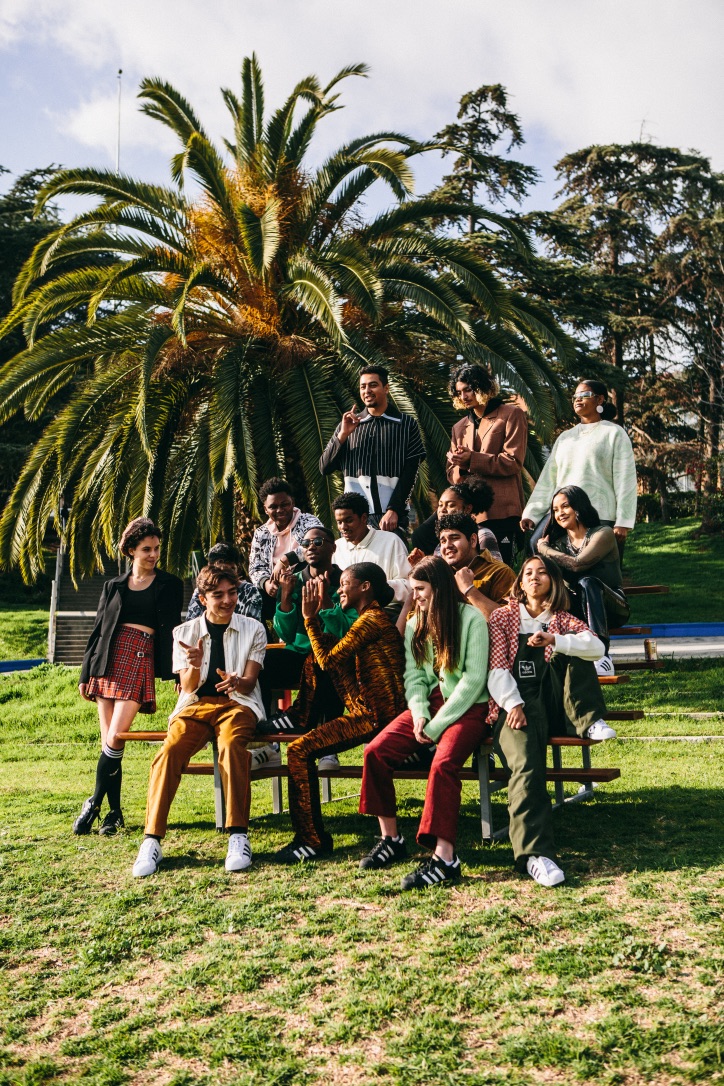