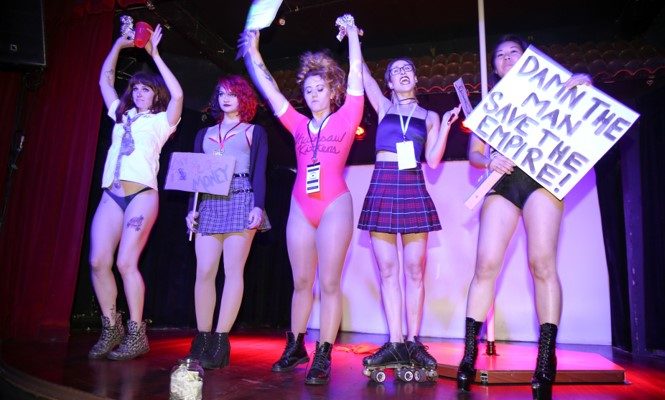 Today we’d like to introduce you to Kelsea Alabama and Noelle Frances.

So, before we jump into specific questions, why don’t you give us some details about you and your story.
The two of us met in pole class at BeSpun in 2014 and soon discovered that not only did we like twirling around a pole but that we both were self-taught seamstresses. We became coworkers at a local bar and started spending basically all of our time together, which led to lots of conversations about what we were doing with our lives. As our pole and aerial skills grew, we became frustrated with the lack of performances opportunities around town for those of us who weren’t amateurs anymore but weren’t quite professionals. We had both performed in an amateur pole showcase at Cheetahs, and we were extremely underwhelmed by the production quality and the “pay to play” attitude, so we decided to try to create our own show that we could perform in. And in December 2016 our baby, Wicked Woman was born. Since then it has been a lot of trial and error to see what kind of a show works, and now, two and a half years later, we’ve created a successful formula.

Wicked Woman has become a performance troupe and an educational initiative dedicated to promoting strong, powerful, female sexuality in all of its many forms. Our performances are powerfully seductive and feature pole dancers, contortionists, and aerial artists over the backdrop of classic films at El Cid. Each performance features a celebratory write-up about a wicked woman who history may have forgotten about and attendees are thrown head first into an interactive performance-based show like no other. In addition to shows, we currently teach body positive sewing workshops where participants learn to sew their own custom fit clothes, host Wicked Woman photoshoots for pole and aerial, and teach pole and aerial classes out of the Wicked Woman Loft in DTLA and around town.

Great, so let’s dig a little deeper into the story – has it been an easy path overall and if not, what were the challenges you’ve had to overcome?
OOOOOOF NO! We honestly just took the jump to create a small show of our own and have watched it take form into what it is today. We’ve had A LOT of trial and error. The show initially was just performance sets in the bar we worked at and wasn’t very cohesive. We ended up talking to El Cid in 2017 about doing our show, and at that point in time, we were using silent films. We had a lot of poorly attended shows in the beginning, and we even tried to do TWO shows a month at El Cid, which in retrospect was completely nuts. We make all of our costumes and many of the costumes for our fellow performers, so that really took its toll on our sanity and split up our audience. It became very obvious that our audience favored our cult classics show, so we dropped the silent films (boooooooo, we love silent films, but give the people what they want!) and now we have The Wicked Woman Picture Show.

We really struggle with marketing, both of us have backgrounds in more artistic fields, so the business side and getting the word out about our show has been for sure the main obstacle. We are great about posting on social media, but that only reaches so far. Since we also teach sewing workshops and host photo shoots, we’ve had to figure out how often to have them so that people continue to sign up. In addition to our Wicked Woman hustle, we both also have bartending jobs and teach pole and aerial classes, so it’s A LOT to balance and figure out how to prioritize! So yes, this ride has all been a guessing game (an educational guessing game for sure!), but it has become so much smoother and the roadblocks are much less frequent! At this point, we really know what kind of performers we want and have created a beautiful little group of wicked women. And it’s also really nice that there’s two of us, we can cry about our failures and celebrate our triumphs together 🙂 .

Please tell us about Wicked Woman.
At Wicked Woman we produce a monthly show at El Cid, teach body positive sewing workshops to create custom fit dancewear/active wear, host wicked woman photoshoots for pole and aerial, and teach pole and aerial classes. Our show is a seductive dance experience featuring pole dance, contortion and aerial artistry over the backdrop of our favorite cult classic films while using the imagery, themes, and characters to drive each performance. The chosen movie plays through the whole two-hour show, and we have performance sets throughout the film, in which whoever is taking the stage is portraying a character or idea directly from the movie. While the performances happen, the movie sound fades out and we place a song there for the dancer.

The two of us produce, perform, and sew the costumes for our show, so we really specialize in the art of custom fit and producing a quality product in a small amount of time. We also specialize in pole and aerial apparatuses and book gigs around whenever possible. We would like to think we are known for producing quality shows and celebrating women and body positivity! We are most proud of it all actually, it’s been a wild ride so far. Most proud that we’ve been able to create something that actually reaches an audience! We have people asking us all the time about when our next sewing workshop is, photo shoot, show, etc. We love having performers express interest in the show as well, it really makes us feel like we’ve accomplished something.

What sets us apart from others would be the uniqueness of this company. There isn’t another show like ours that’s happening right now, at least that we’ve seen, and it feels really cool to feel like we’ve really created a piece of art, or taught someone how to sew for their body type, or taught someone a new aerial or pole trick. We make the majority of the costumes, so we can really make each show super accurate. If we didn’t have sewing skills, we wouldn’t be able to produce the quality show that we do. Our level of engagement with our audience and students makes every aspect of our company feel very personal and important.

Do you look back particularly fondly on any memories from childhood?
Kelsea: hmmmm what childhood? Jk, probably being a bum during summer breaks and not having to go to school 🙂 Or any time we got to travel. I lived in Mexico with my dad in second grade, that was the coolest.

Noelle: Our church used to put on these Christmas plays but they were not like the nativity or anything. They were actual full plays with weird themes and songs and I got cast as a lead three years in a row. My favorite one was “Star Trek” themed and it was called “Journey to Center of Christmas.” I played Communications officer Jennifer and I had a headset. I was badass that day. I loved being on stage and my voice was super loud which was probably the only reason I got cast. I definitely left my church going days behind me with my childhood! 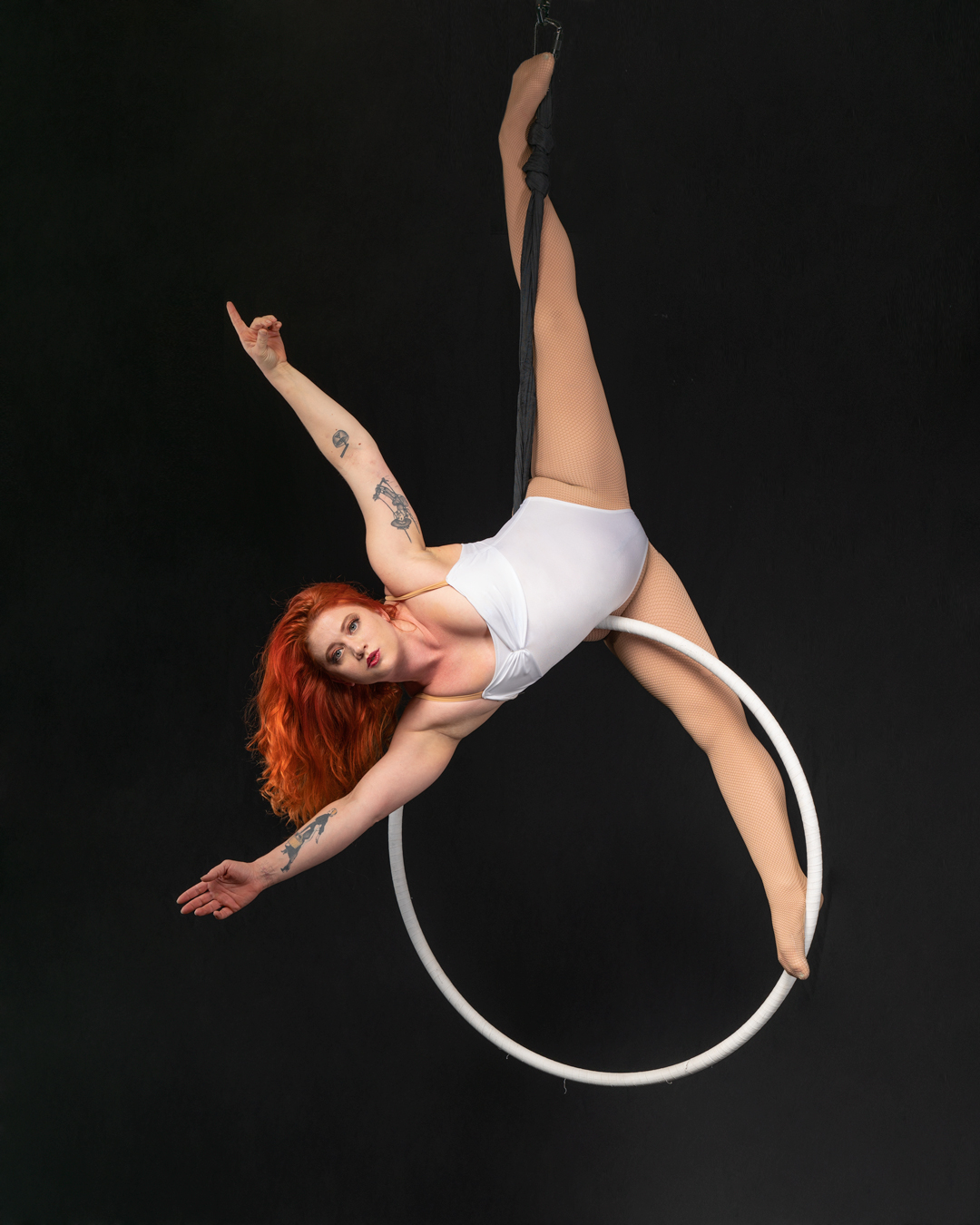 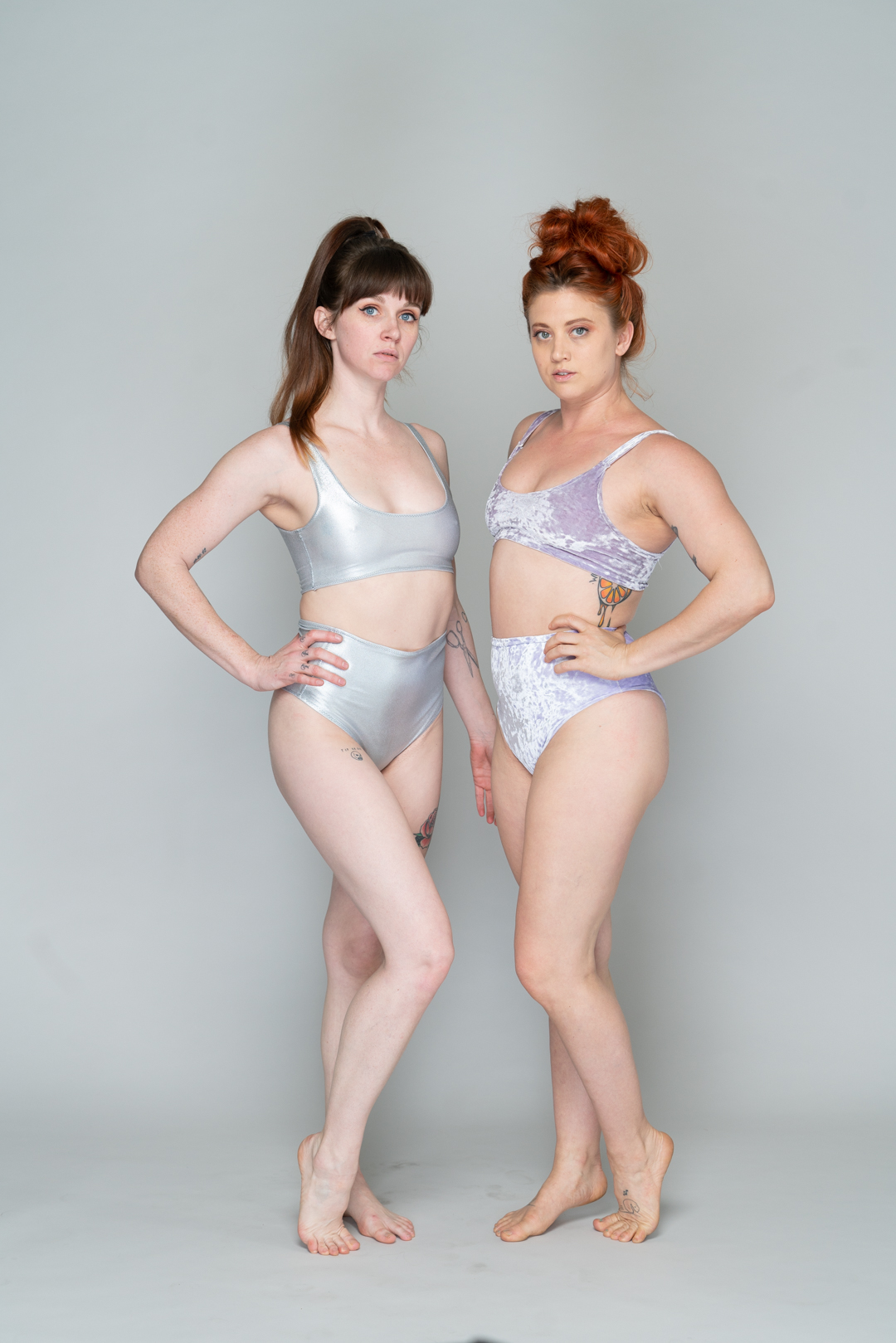 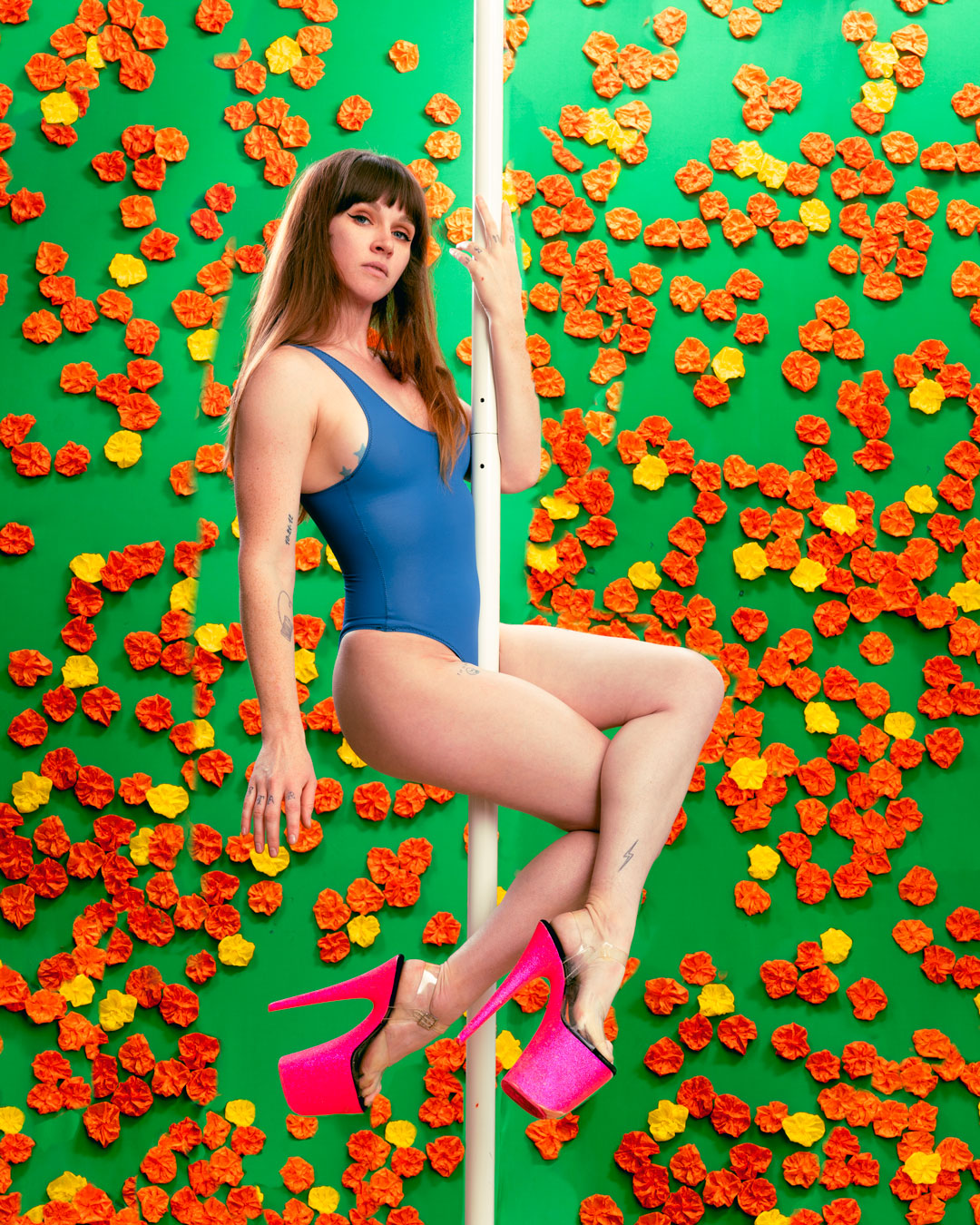 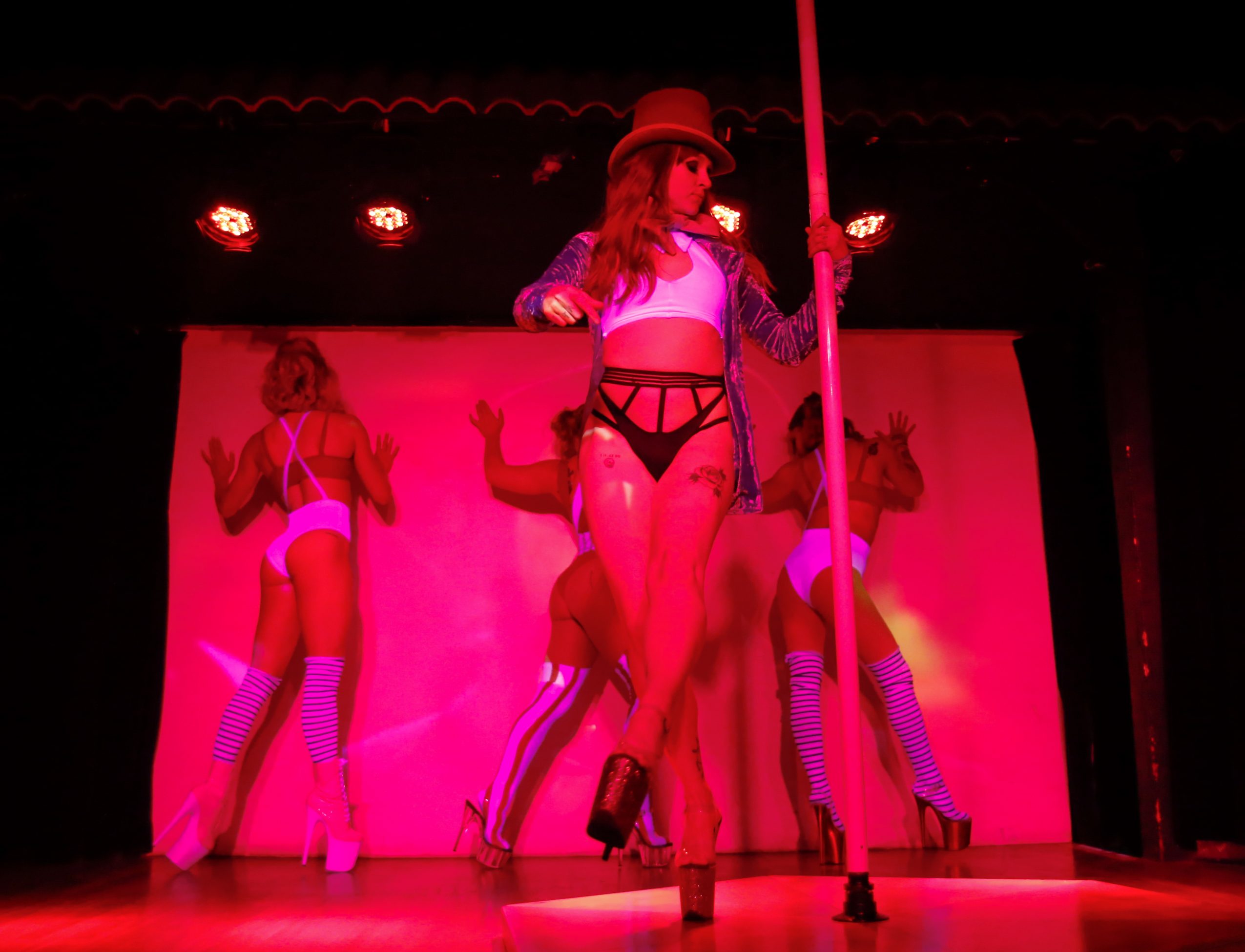 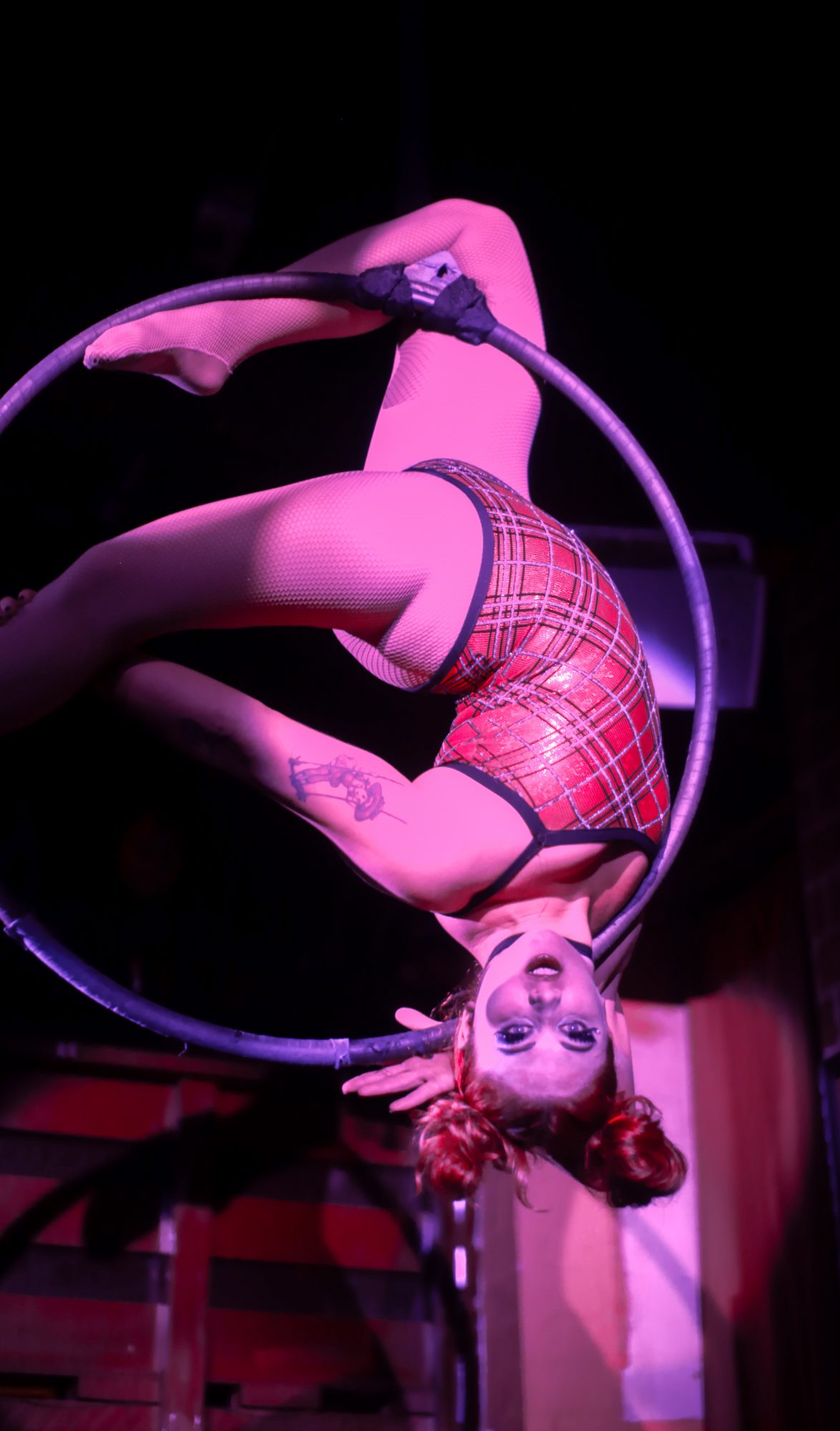 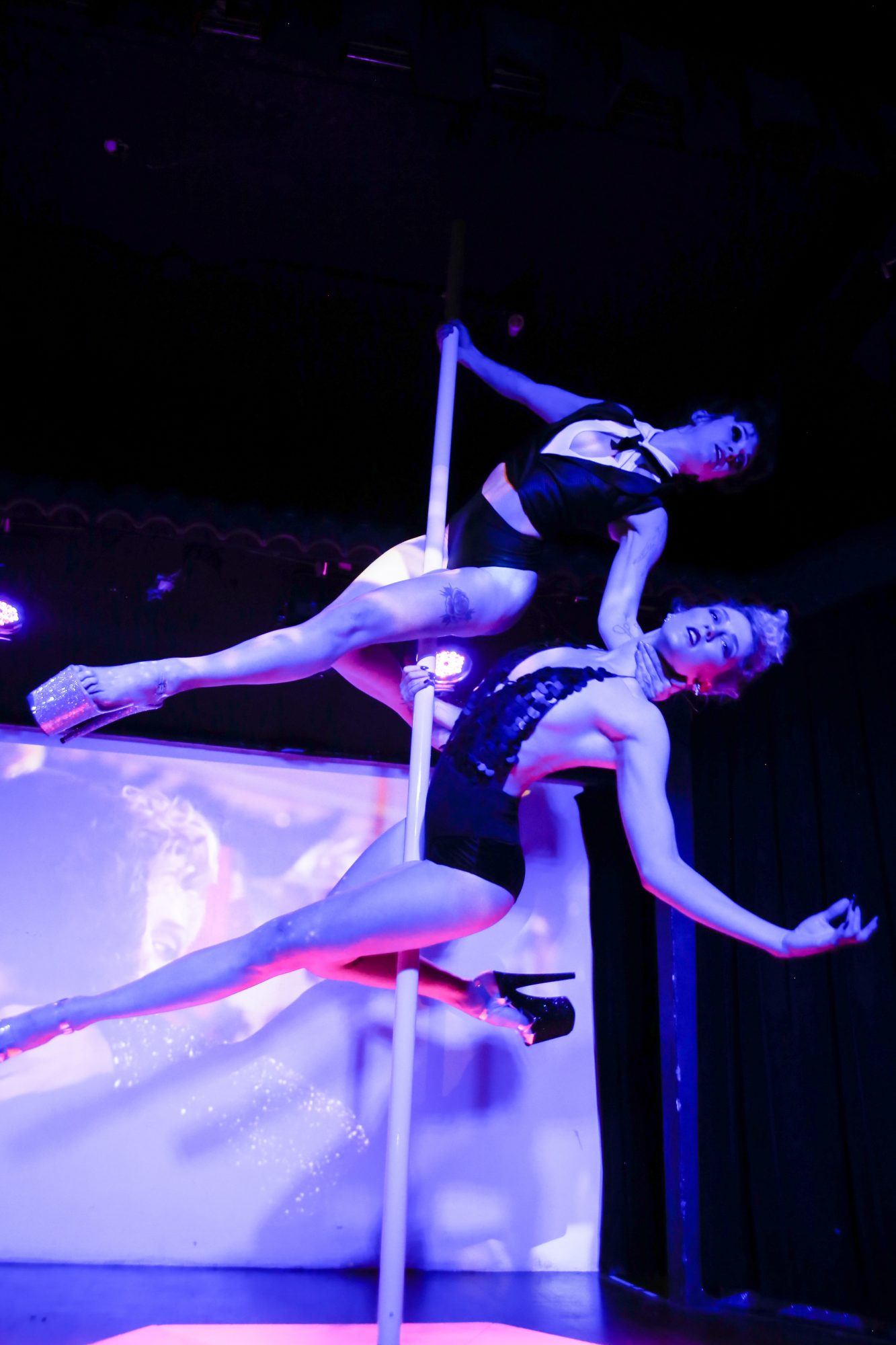 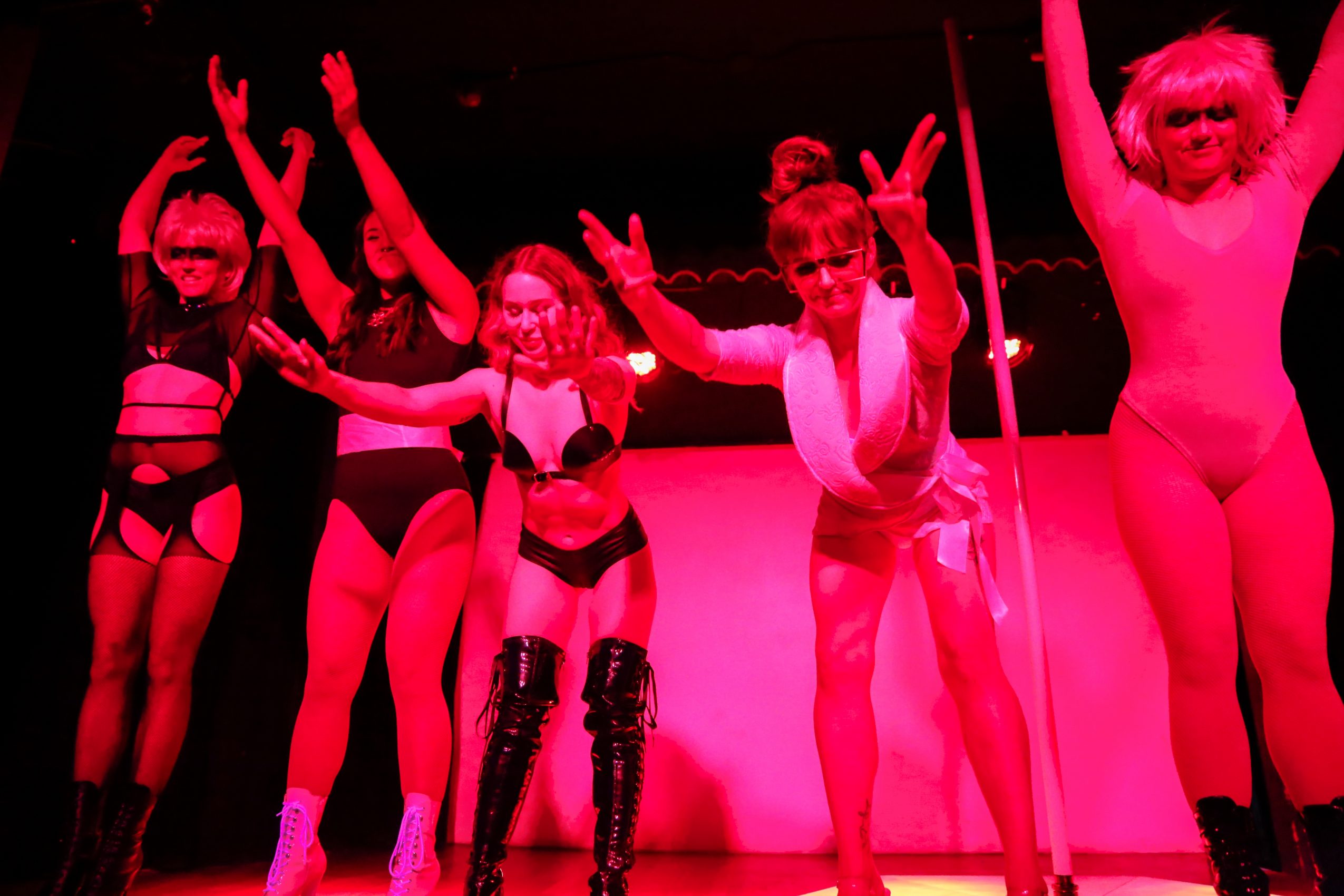 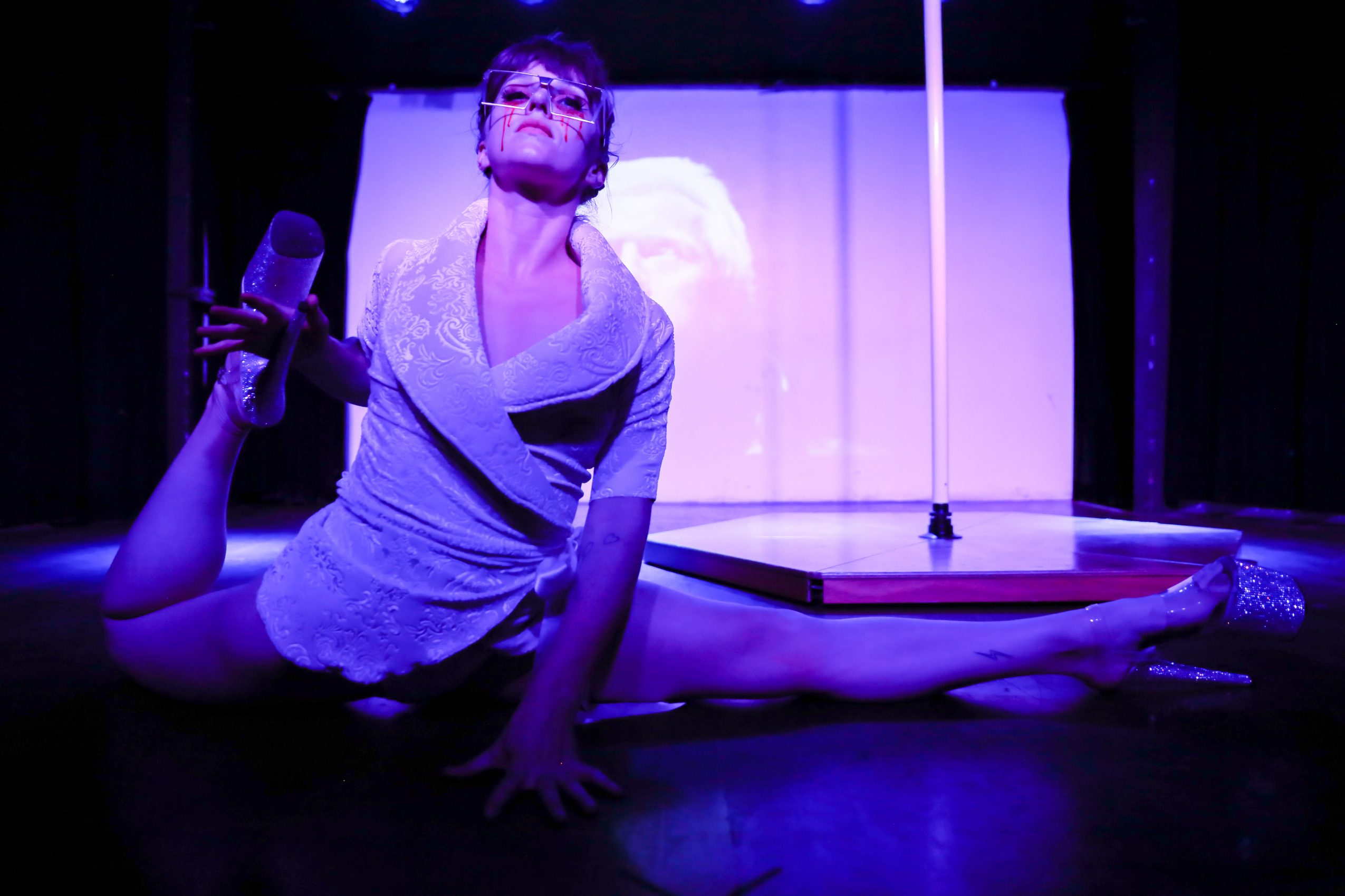 Image Credit:
Julian Hernandez for the live show photos, and Patrick Clark for the ones taken in a studio.