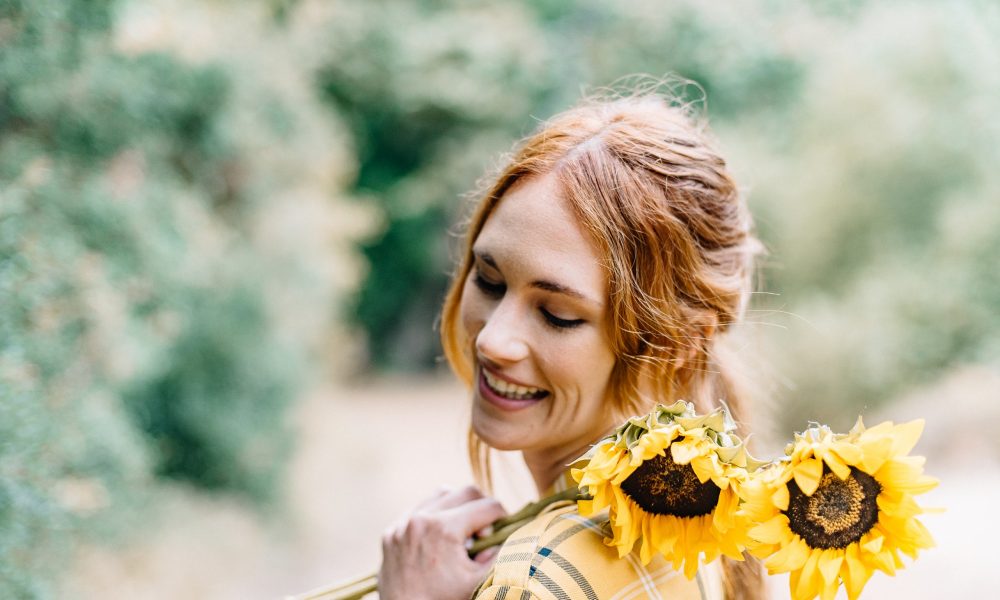 Today we’d like to introduce you to Kelly O’Malley.

So, before we jump into specific questions about the business, why don’t you give us some details about you and your story.
I grew up in Frisco, Texas with my three younger sisters. I loved living there – when I was a kid, I’d kiss the ground every time we returned home from a family vacation. I thought I’d never leave. But about five years ago, I surprised myself and made the move to LA.

I came here to study acting, and in part, I came here to run away from the trauma and loneliness that comes with being a suicide loss survivor. My dad had taken his life almost two years before, and I felt like my grief was taking me with him. Texas was too painful, too full of memories and of people who knew. I didn’t want to be the girl whose dad died by suicide anymore. I wanted to be free.

What I didn’t understand then is that the freedom I was looking for can only happen by dealing with your grief. Running from it only makes it worse.

Acting taught me this. In order to freely tell someone else’s story, I had to face those shattered pieces of me that I had locked away out of fear and shame. It wasn’t easy, but I began to breathe and then I learned to talk about my loss and to listen. I began to heal.

And as I healed, I found that I wanted to use my experience to help others. A lot of my desire to shut down came from the uncomfortable reactions when revealing my loss to people. There’s stigma around suicide, and I wanted to change that. I wanted to create a space where people could talk openly, learn about resources, and be reminded that no one is alone, that there is always hope. I thought the communal aspect of theater made it a great place to start, and so in 2016, I started A Light in Dark Places.

Overall, has it been relatively smooth? If not, what were some of the struggles along the way?
It’s been a great experience. Most of the struggles have been growing pains. It was my first time producing anything, and I’ve had to learn a lot on the go. I’ve been fortunate enough to be able to surround myself with talented people who have more experience.

The two biggest struggles have been growing (both in quality and reach) and in finding my voice. But with a lot of hard work, that has come. For example, our first year, we had 22 play submissions. This year, we had 191.

The more I learn and gain experience, the more I’m able to find my voice and be comfortable with my position. It was a struggle in the beginning because I didn’t want to step on toes as most everyone is volunteering their time to this endeavor. But it’s become easier to find the line as I become more specific with what my vision is and gain more experience.

This past January, ALIDP became a 501(c)3 non-profit, so that was another skill set to learn. I recently finished an online continuing education course for Non-Profit Management through my alma mater Southern Methodist University.

Alright – so let’s talk business. Tell us about A Light in Dark Places – what should we know?
A Light in Dark Places is a non-profit that uses the arts to bring understanding, resources and hopes to those affected by suicide. Our main endeavor is a theatrical production that takes place each September for two weekends during National Suicide Prevention Week.

Each production is made up of five original short plays that deal with the topic to give a variety of perspectives. Together, they work to create a night of hope and healing. The reason we select five is to represent as many different people as possible. Suicide affects people of all ethnicities, backgrounds, and circumstances. There is no single cause. This production illuminates that truth and brings people together. Our hope is to tear down barriers, eliminate taboos and build community. Talk about it.

Each performance is followed by a reception and sometimes a Q&A. Both facilitate the community-building aspect. We also have volunteers from the American Foundation for Suicide Prevention there each night to provide additional resources and help navigate the show. I’m proud of how we bring people together each year. Each production has required 25-32 volunteers – actors, directors, crew, AFSP volunteers, and many more.

Any shoutouts? Who else deserves credit in this story – who has played a meaningful role?
There were two people in the first year (both are now Board Members) who played a significant role in the formation and success of A Light in Dark Places – Bruce Katzman and Salim Aliaga. I like to say that Bruce helped me find the structure, and Salim helped me keep the heart – and my sanity.

Initially, my idea was to get the rights to a published play that dealt with the topic and put it up during National Suicide Prevention Week, followed by a discussion and reception. When I couldn’t find a play that was a good fit (my only two options seemed to be Uncle Vanya and ‘night Mother), I started asking around for help.

I approached Bruce, an acting teacher of mine at the time, and he suggested that we make a short play festival. He got in touch with his friend Jim Kleinnman who runs a playwright group called PlayGround-LA, and Jim kindly sent out our invitation to write. Bruce sat down with me (and another friend Paola) to work out the timeline leading up to our show. He has since been someone that I can run ideas by, get advice from, and he is now an integral part of our Board.

Around the time Bruce and I were developing the structure of A Light in Dark Places, I was rehearsing a play with Salim. He took an interest in the project and soon became a friend I could rely on without question. There were a few bumps and surprises during the process, and Salim was there to jump in and help in any way he could. I was a lot more fragile back then – a lot of grief was coming up about my dad, and I was dealing with some intense changes in a couple of my relationships.

Salim was incredible and patient. I needed a partner while I was navigating both producing a show and confronting my dad’s suicide more directly than ever. Salim was just that. He helped me with everything, from composing emails together to confronting delicate production issues. Salim ultimately became a co-producer for the first two years and is now a valued Board Member. I would not have gotten through that first production without him.

Gosh, there’s so many people I could mention still…

John Jack Rodgers, the head of Stella Adler Academy of Acting and Theatre – Los Angeles, took a risk with me. I brought him a half-formed idea about theater and suicide prevention, and he let me run with it. He donated the theatre space and has continued to do so ever since. His encouragement and trust are invaluable.

Also, Rochelle Rossman. She taught me how to produce. She gave me enough space to learn on my own while always being there to guide me.  She taught me step by step and gave me the confidence to be able to grow into the producer I am today.

Shoutout to Blake Lewis, Rick Peters and Alex Steele. They are all integral members of the ALIDP team and have served in various roles since the beginning. 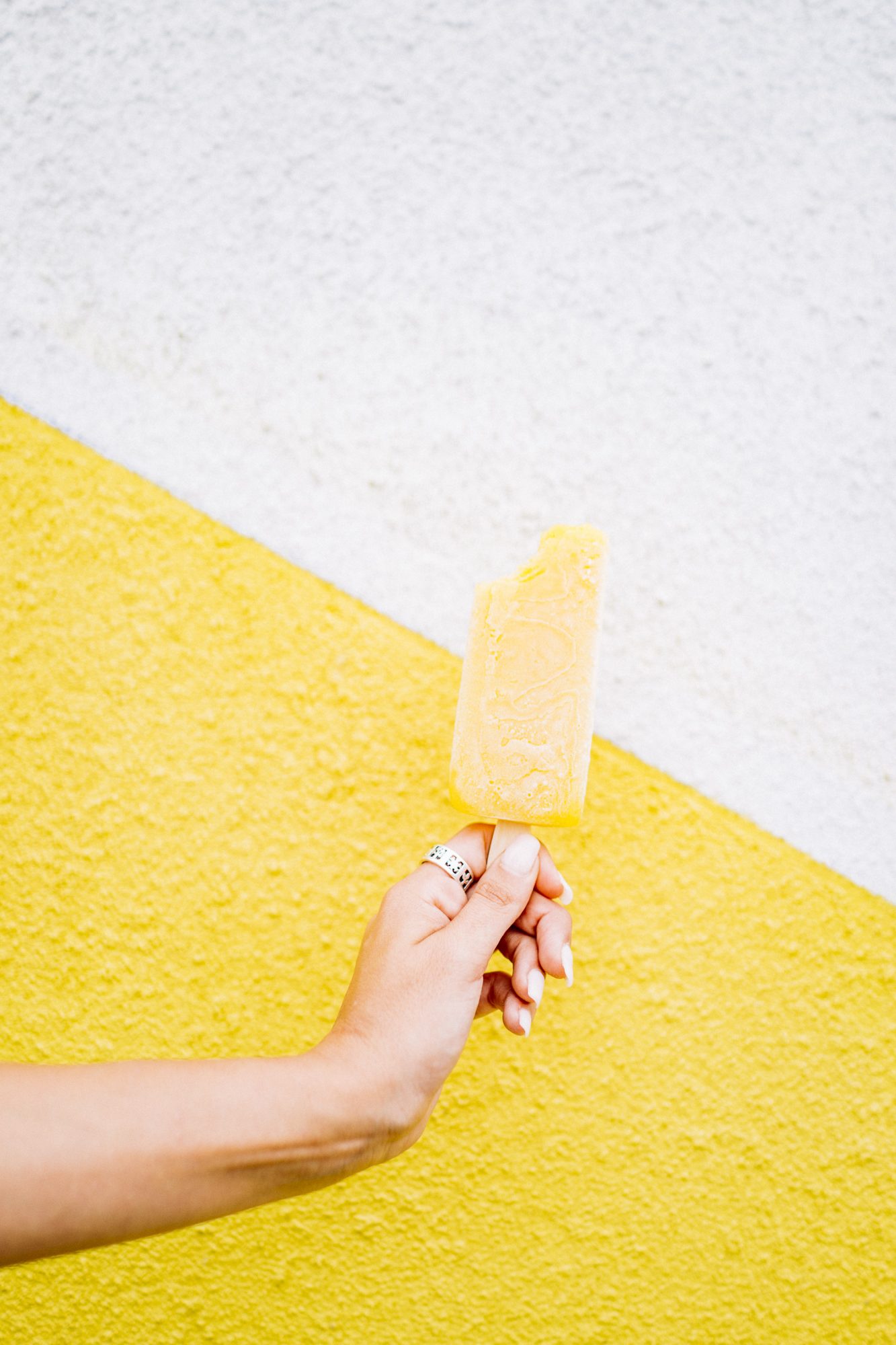 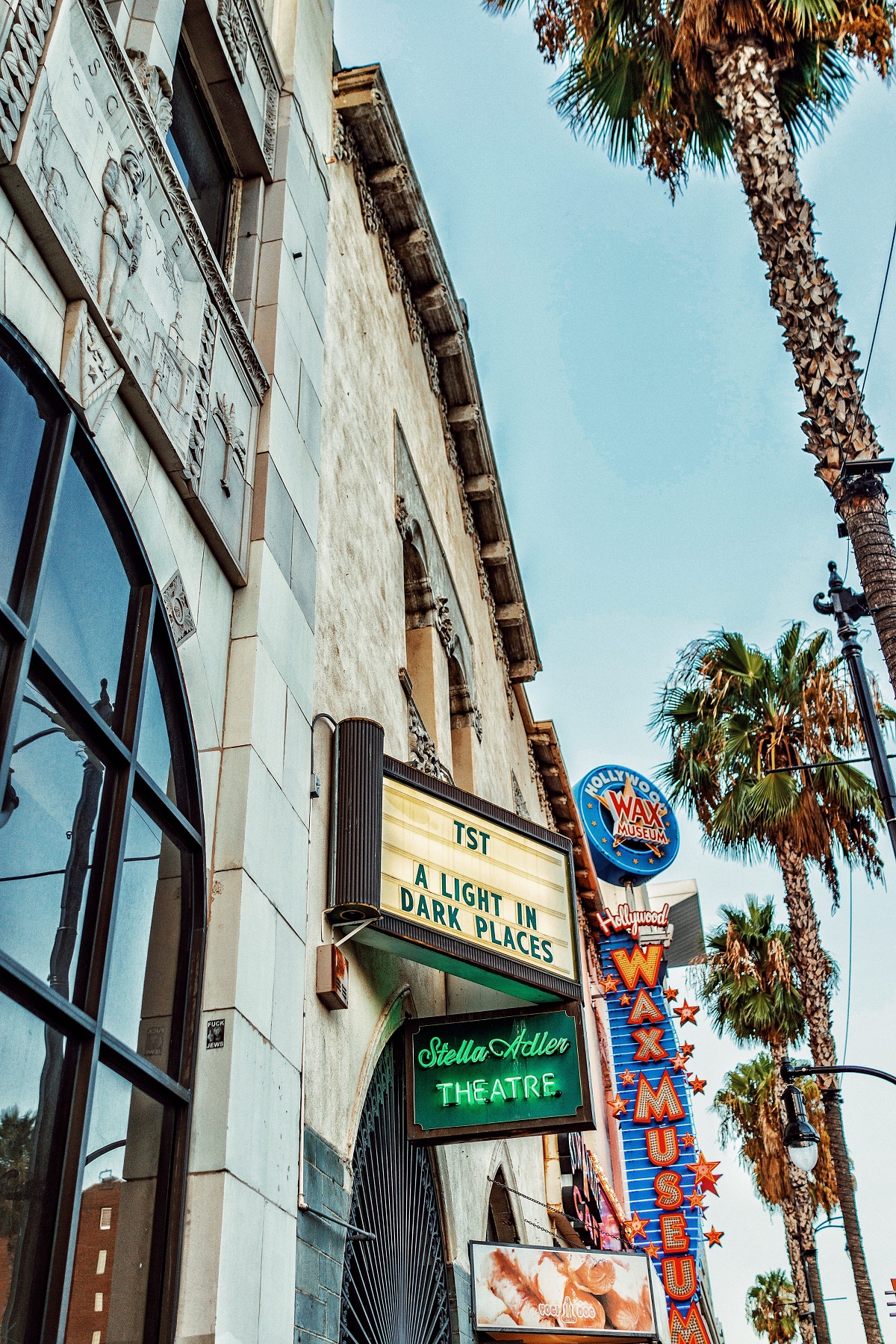 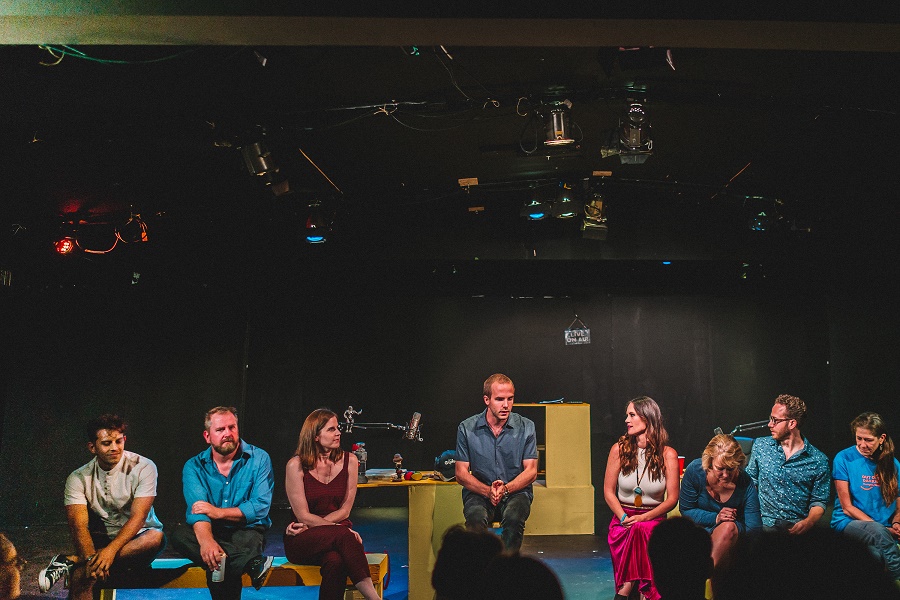 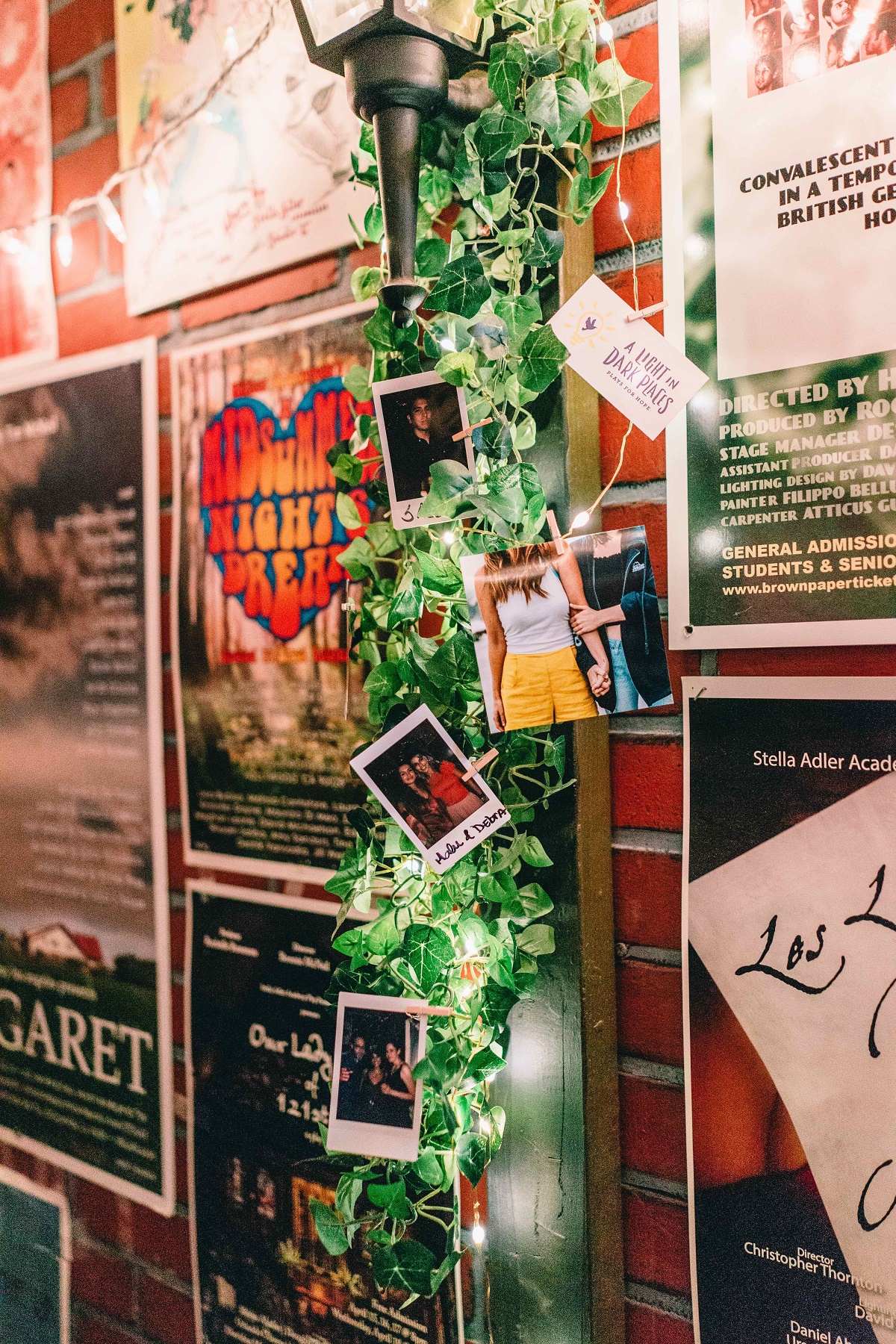 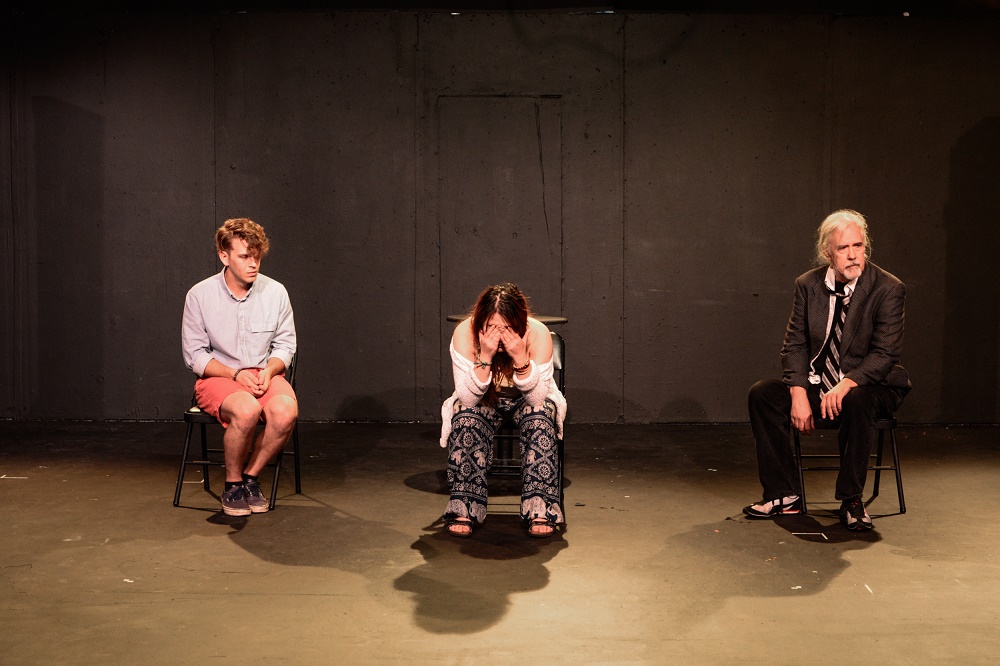 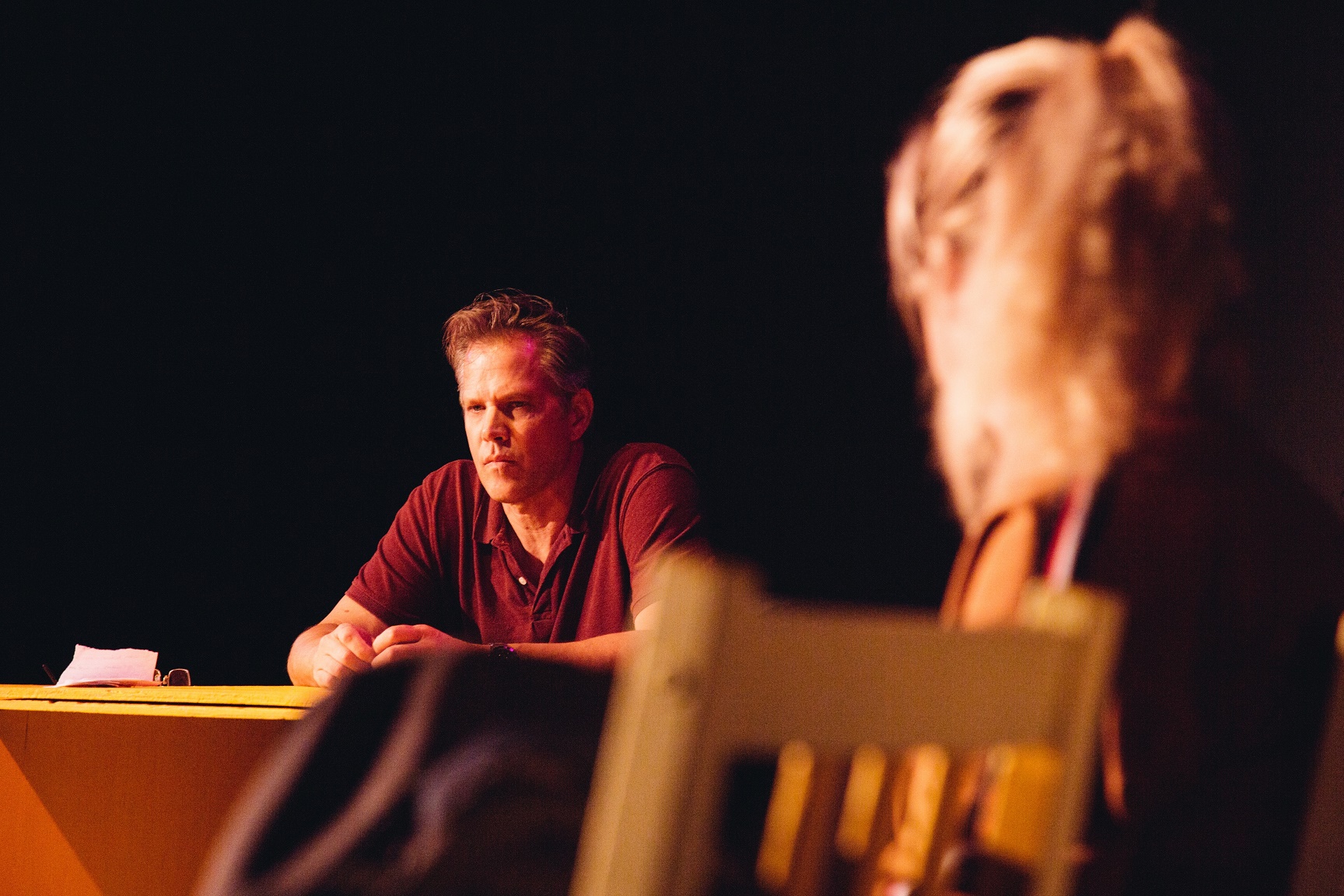 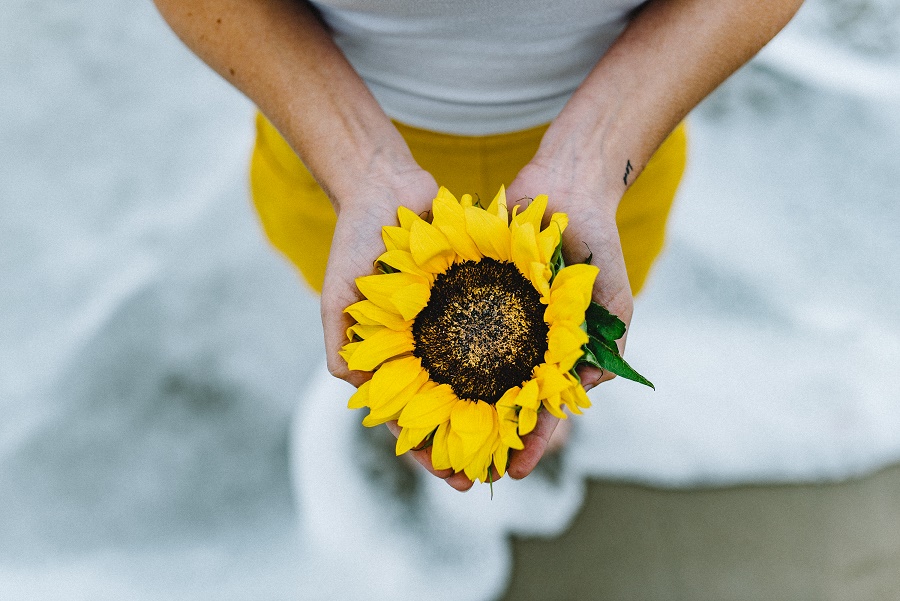