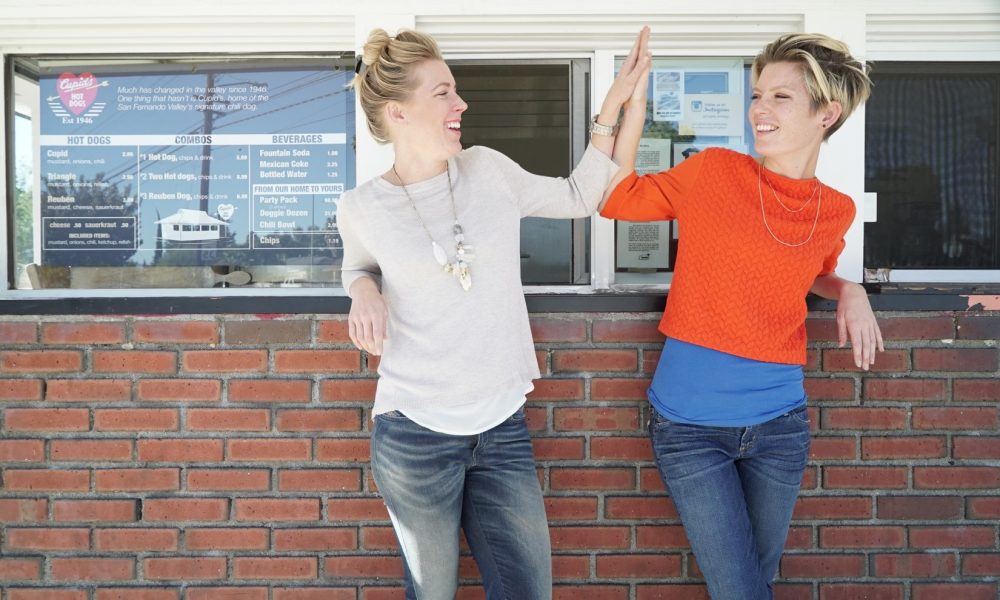 Today we’d like to introduce you to Kelly and Morgan Walsh.

Kelly and Morgan, let’s start with your story. We’d love to hear how you got started and how the journey has been so far.
Much has changed in the Valley since 1946. One thing that hasn’t is Cupid’s, home of the Valley’s signature chili dog. Cupid’s was originally established in 1946 as Walsh’s Hot Dogs by Richard and Bernice Walsh. Shortly thereafter Richard changed the name to Cupid’s; which was Bernice’s nickname. For nearly 40 years Richard and Bernice ran the North Hollywood, Van Nuys and Canoga Park locations.

In the early 80’s their long haired surfer son Rick took over. In a bold and daring move he added ketchup and relish to the menu. His father was not happy about the changes and every curse word the Irish man knew came flying out of his mouth. He even threatened to cut his son’s hair and close the place down. Luckily, a few days later he tried the new condiments and realized maybe it wasn’t such a bad idea after all. It only took four decades to change the Cupid’s very simple menu to just a simple menu. Thus, was born the Triangle dog: mustard, onions and relish.

2009 brought on the 3rd generation of Walsh’s to continue the Cupid’s tradition. Sisters, Kelly and Morgan Walsh, have now taken the reigns. They plan on staying true to their grandparent’s original vision of a simple menu with great food.

They’ve grown up behind the scenes of Cupid’s eating hot dogs since their first tooth. Too short to reach the steamers, as kids they helped their dad with deliveries and always made sure to sample the product. During the 1994 Northridge earthquake their dad came to the Van Nuys location, cleaned out the fridge and fed the neighborhood. That sealed their fate as the most popular kids on the block.

Now they’re tall enough to run the counter and love hearing your stories because you grew up with Cupid’s as well. Pregnancy cravings, first dates and the perfect place to stop after cruising Van Nuys Blvd. Cupid’s continues to maintain the high standards of quality and care that has kept Cupid’s Hot Dogs a unique style of operation, as popular today as in their original days in North Hollywood, CA.

The Cupid’s family would like to personally thank all customers that have supported our operation for over seven decades, and hope that we can continue to provide you with the best chili dog around.

Overall, has it been relatively smooth? If not, what were some of the struggles along the way?
When our father suddenly passed away in January of 2009 we quickly had to make the decision on whether or not we wanted to carry on our grandparents’ legacy. My sister and I were 21 and 27 years old at the time and just starting our own career paths but after hearing so many stories from long-time customers it was clear how important Cupid’s was to people who grew up in the Valley. It was not an easy road in the beginning with basically a 60+ year business falling into our laps but we took it on full force and haven’t looked back since.

Please tell us about Cupid’s Hot Dogs.
We keep our menu simple, hot dogs, chips, and a drink. Other than a few minor additions, little has changed since our doors opened in 1946. That’s what our customers love about us. With a warm steamed bun, a hot dog with a snap, and the secret Cupid’s chili recipe, we don’t need much else.

If you had to go back in time and start over, would you have done anything differently?
We love being involved in the community. We recently started hosting a classic car show every first Saturday of the month at our Winnetka location. 2003o Vanowen St. 4 pm-8pm. It’s been such a hit we should have started doing it years ago!