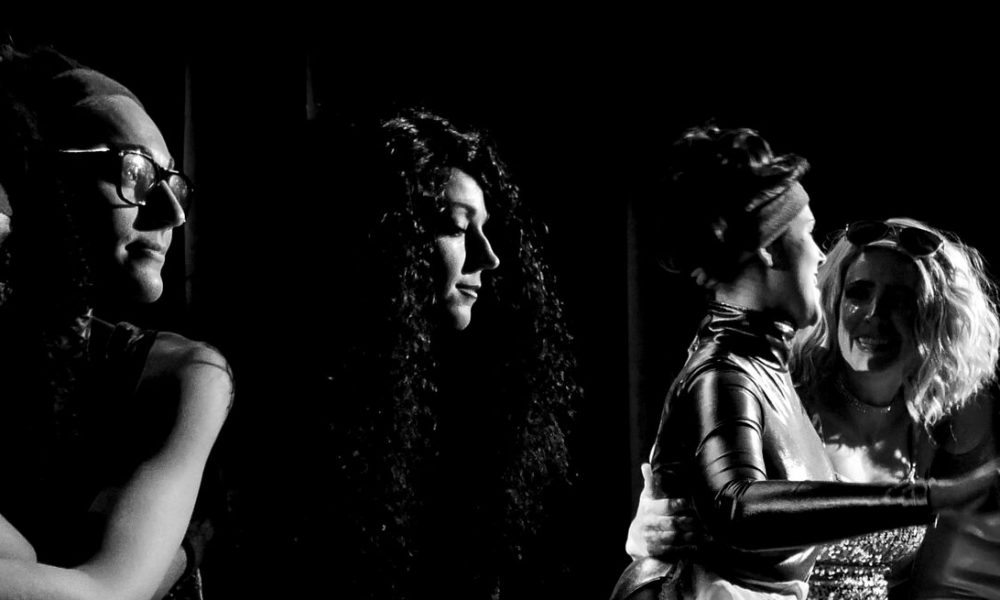 Today we’d like to introduce you to Kelly Lohman.

So, before we jump into specific questions about the business, why don’t you give us some details about you and your story.
Ripley Improv formed in 2016 when initiating member Madi Goff felt inspired to create an ensemble with whom she could collaborate long-term. She brought women together who were, at the time, studying narrative long-form improv with Impro Theatre Company and performing in their studio theatre.

Each member has several, some dozens, of years of experience improvising. In addition to Impro Theatre, we’ve trained at the Groundings, UCB, iO West, Seattle Theatresports, and Second City in Chicago. We also have an extensive background in theatre, film, television, voice over, and sketch.

As a company, we have an aligned mission: to improvise artful, long-form narrative about women who save the day, save the world, or save each other. Through bold and playful ensemble storytelling, Ripley seeks to inspire audiences to embrace the hero within.

In our first year as Ripley, we ran a weekly show at Impro Studio called “DYSTOPIA,” in the style of YA novels such as The Hunger Games or Divergent. DYSTOPIA was directed by Amanda Troop. It was the perfect initial genre within which to build up our ensemble. We discovered the nuances of how our team members played and became expert at supporting one another’s choices.

Our second show as an ensemble was a run of GLAM, the Gorgeous Ladies of Arm Matches, directed by member Laurie Jones. Inspired by GLOW, GLAM had recurring characters which allowed us to explore deep relationships and learn what it felt like to improvise with fully-formed personas.

Ripley just closed a summer run of a show called FANGIRL, in which we invited people and troupes we love to play with us on the Impro stage. We performed their genres with them and learned from their styles and perspectives. FANGIRL guests included Essence, Shrew, White Women, and Jeffrey Thompson.

Now, nearly 2-1/2 years after our first-ever performance, Ripley is embarking on our next challenge – improvised filmmaking. We are collaborating with Director of Photography Kathryn Brillhart to shoot a completely improvised film. There will be no script, no outline. We are collecting suggestions from our audience base via survey.

Our design teams will get them two weeks from shooting to prep each take. The actors will receive the suggestion just before action is called. Once we’re rolling, the ensemble will work together to create characters, relationships, and a story inspired by the given suggestion.

The camera team will work with the ensemble to capture the story as it’s being created. Each take will be feature length. At the end of shooting, we’ll select our favorite to edit and share with the world. Here is why we think this film is important. Innovative, experimental projects matter, especially projects that tell stories through new perspectives.

Improv is an amazing art form: it involves working in complete synchronicity with every member of the ensemble, cast, and crew. Improv also allows female creatives agency over the characters they play, the themes they discover, and the stories they tell. To capture these fresh stories from a female viewpoint in the film medium is of tremendous significance and we think now is the time to do it.

We want more people to see the diverse stories we present on stage. Through GLAM and DYSTOPIA, our audiences and our ensemble explored female relationships in an extremely intimate way. Improv allows us to vulnerability and allows us to discover many surprising things. Through film, we will have the chance to explore this on a larger scale and in a very up-close-and-personal medium.

Follow us on Seed&Spark for updates on our filmmaking process. www.seedandspark.com/fund/ripley Ripley will be back with live shows in November at Impro Studio in Los Feliz, performing Fridays 11/2, 11/16, and 11/30 at 10:30 pm. 1727 N Vermont Ave #208, Los Feliz. www.improtheatre.com for tickets.

Overall, has it been relatively smooth? If not, what were some of the struggles along the way?
In improv, business, and life, the biggest obstacle to overcome is fear. One of the biggest benefits of working in an ensemble of this nature, is anytime we start to feel the fear creep in and our instinct is to jump ship, another Ripley is there encouraging us to move forward. Because our group works toward concurring fear, we’ve been able to progress into some pretty exciting new places in our art and in our shared career.

Ripley Improv – what should we know? What do you guys do best? What sets you apart from the competition?
Ripley Improv is a group of actors improvising artful, long-form narrative theatre in Los Angeles. Our performances are created live, in the moment, based on a suggestion from the audience.

With more than 50 years’ combined improv experience, our ensemble has performed at venues such as Impro Studio, iO, Second City, UCB, the Comedy Central Stage, and Groundlings. We love improv and believe in its ability to help us create stories.

We’re very proud of what Ripley has accomplished in our first two years. We produced DYSTOPIA, performed to sold-out crowds in Southern California and Austin, Texas. We won an Encore award at the 2017 Hollywood Fringe Festival, where we also garnered a nomination for Best Ensemble, a terrific feat in a sea of over 300 shows.

Our latest show GLAM played to standing-room-only crowds at Impro Studio in Hollywood.

What is “success” or “successful” for you?
Success for Ripley is found when we can be truly present with one another and operate as a trusting ensemble. Whether producing or performing, we cannot succeed without the support of the team. 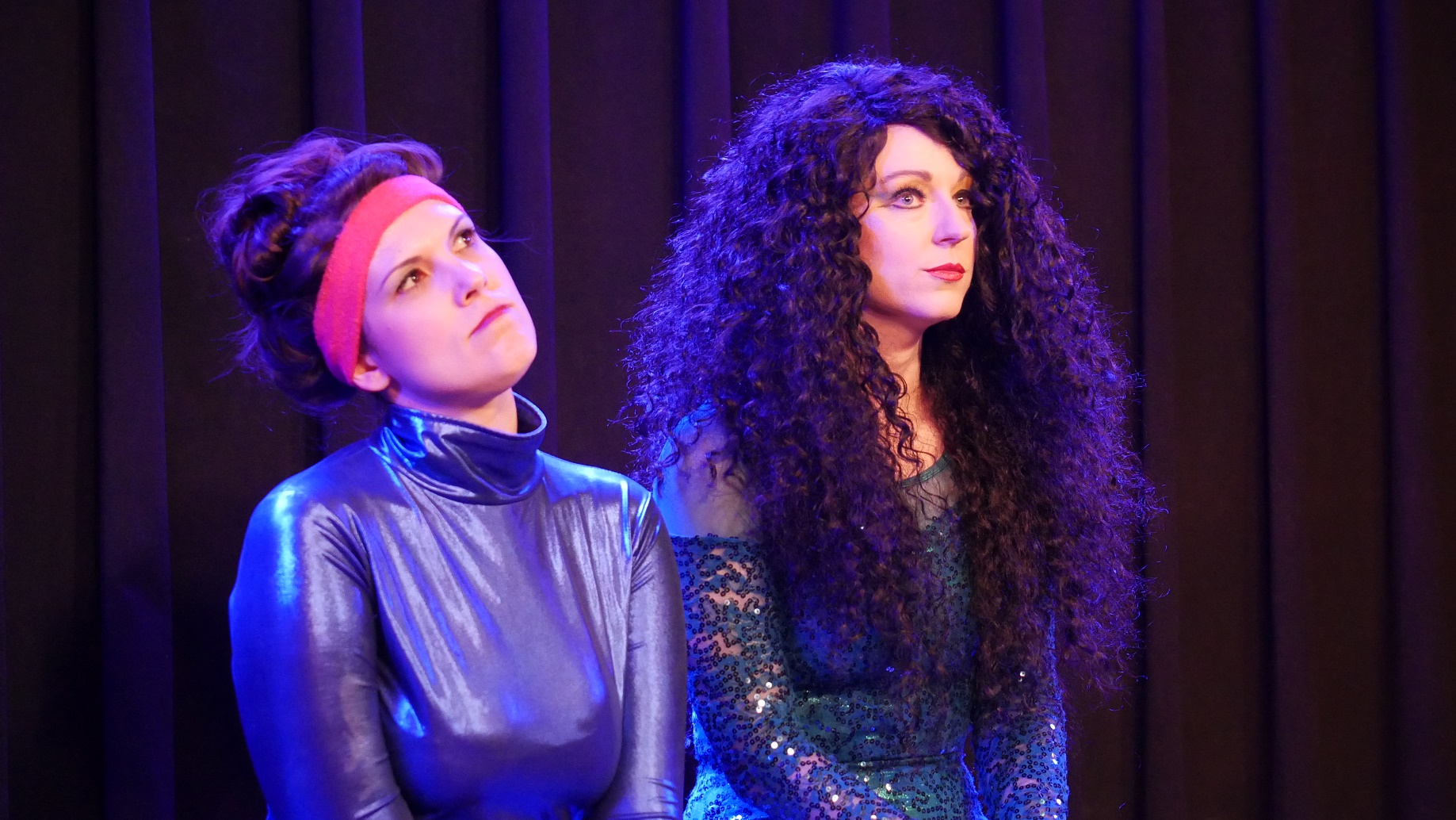 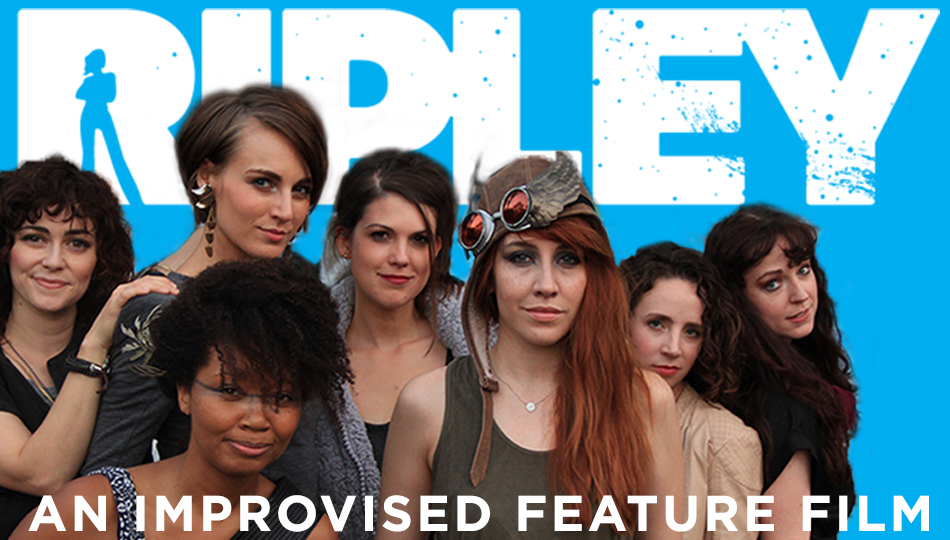 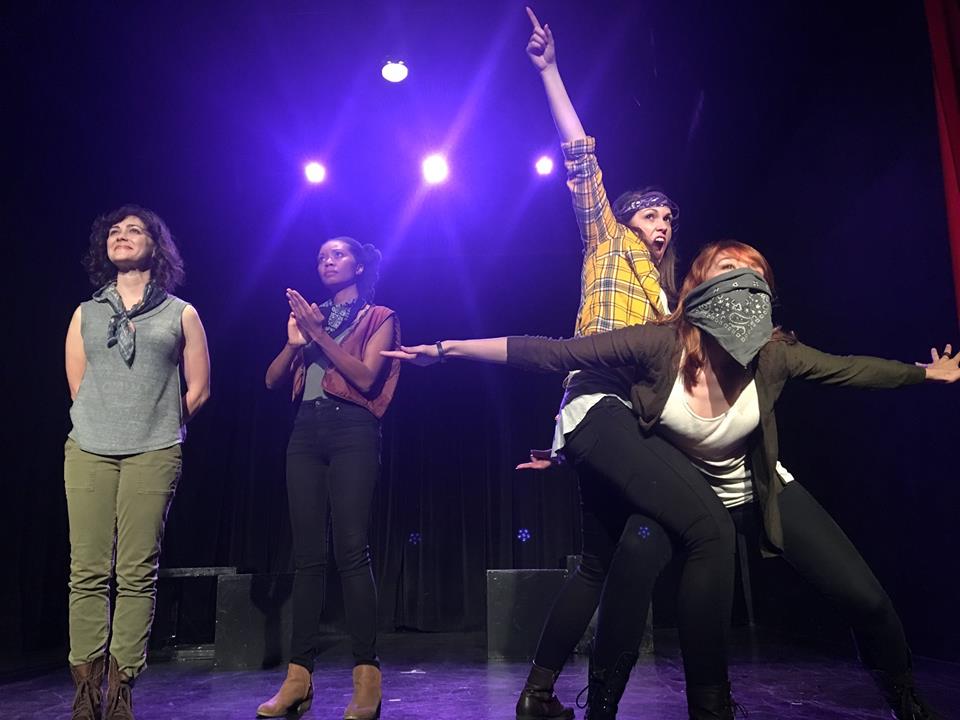 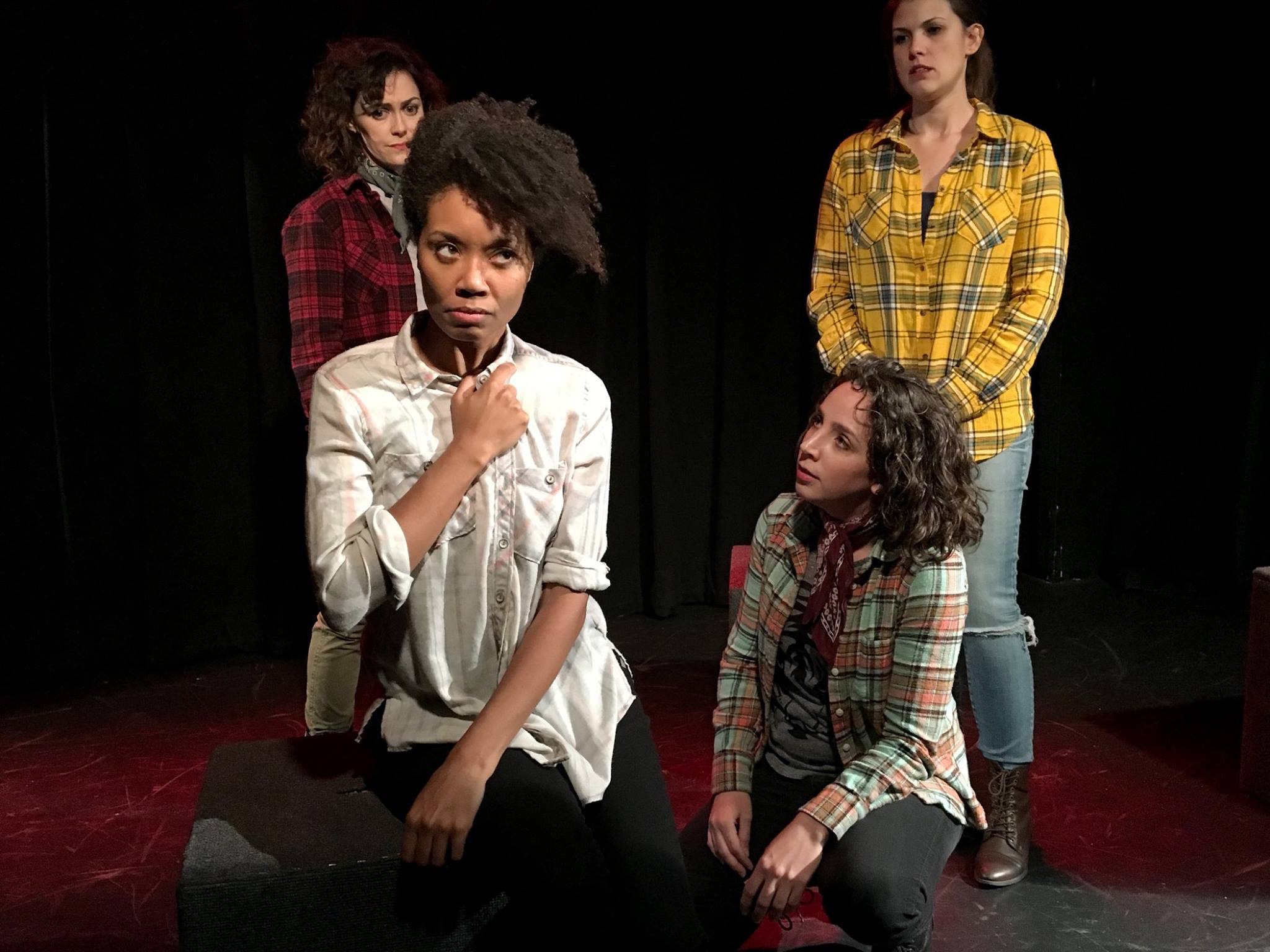 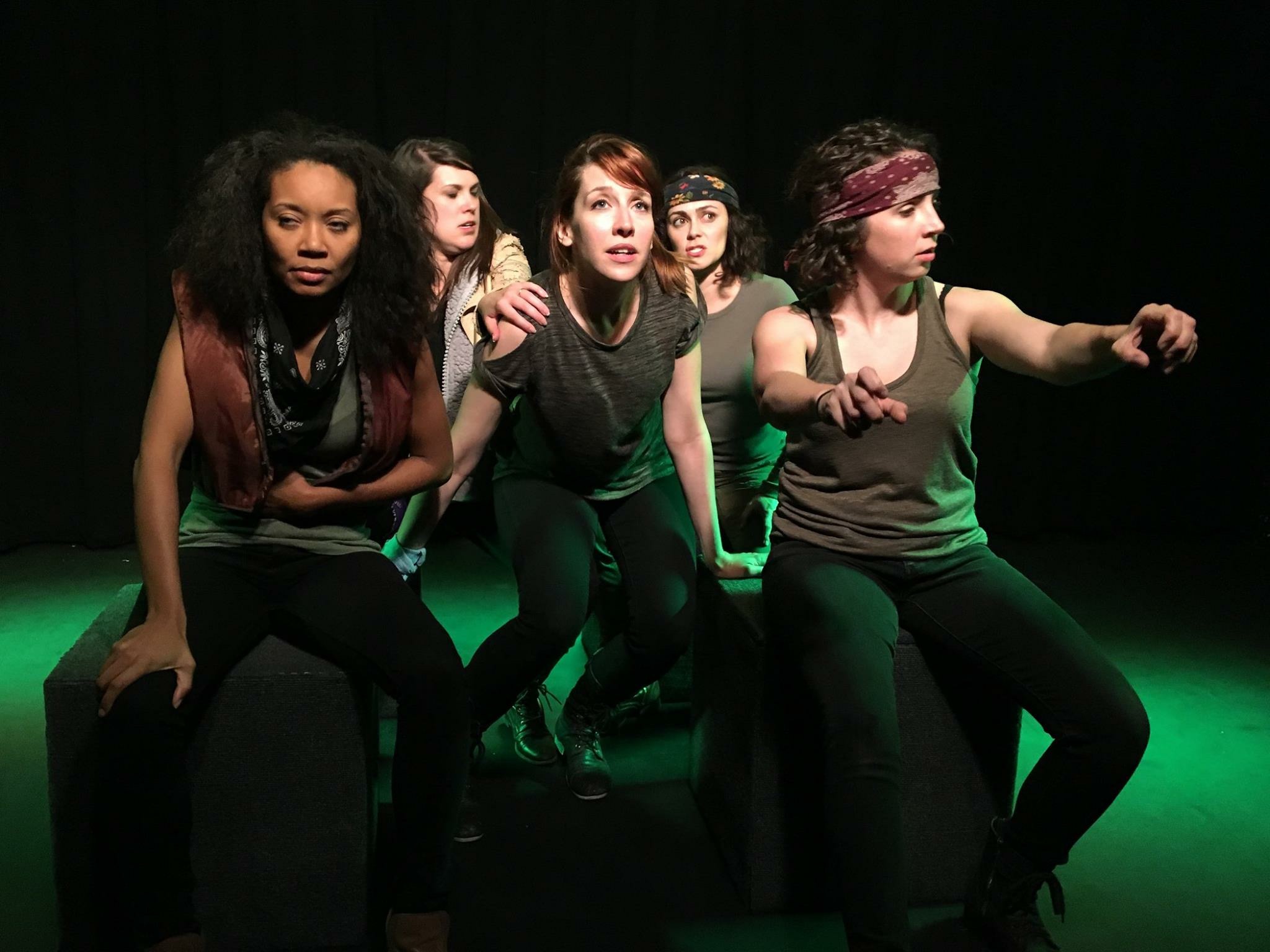 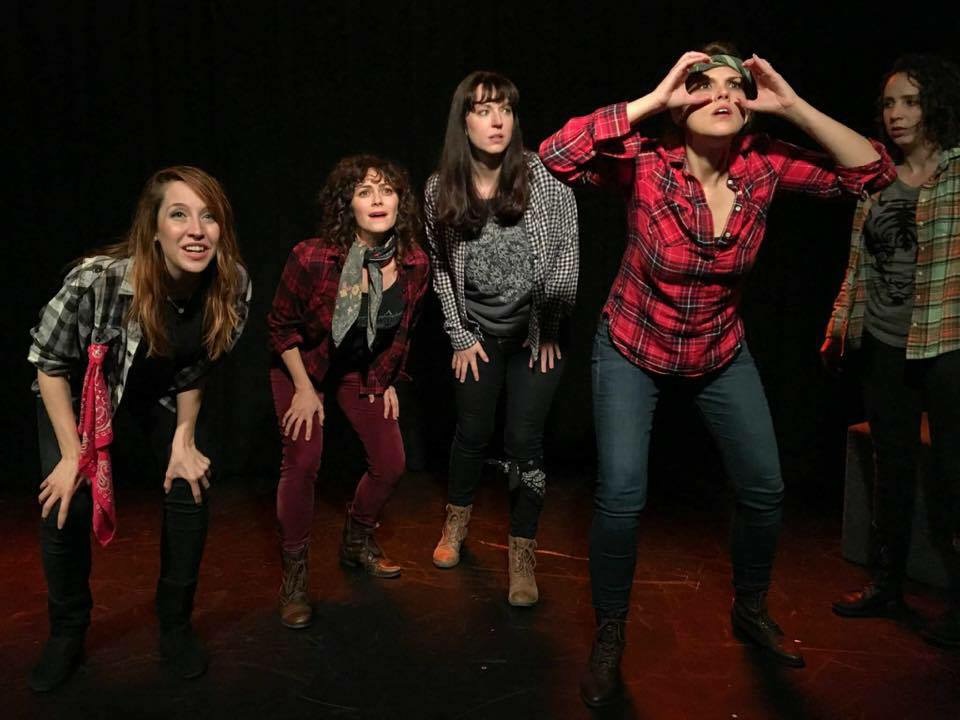 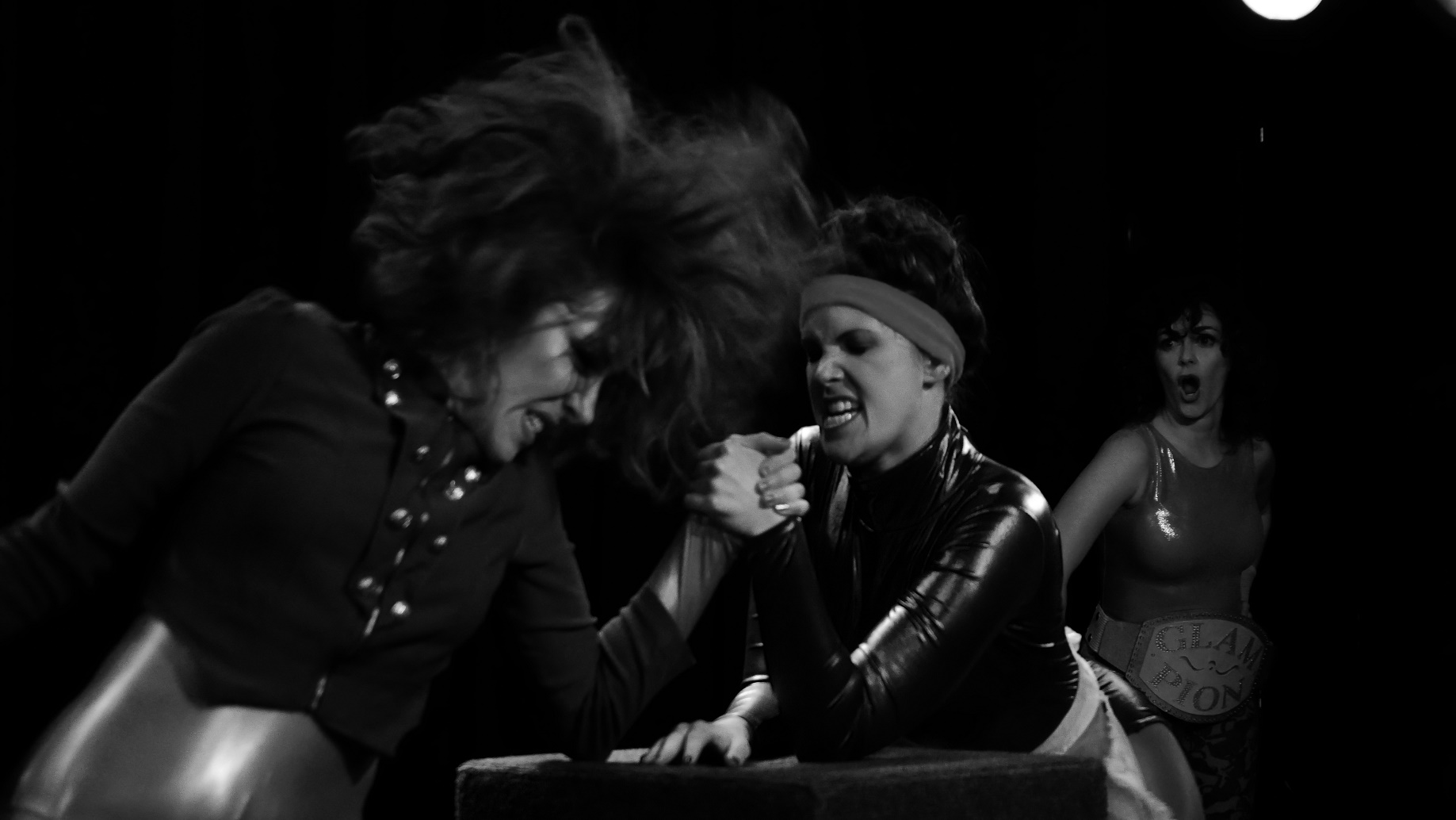