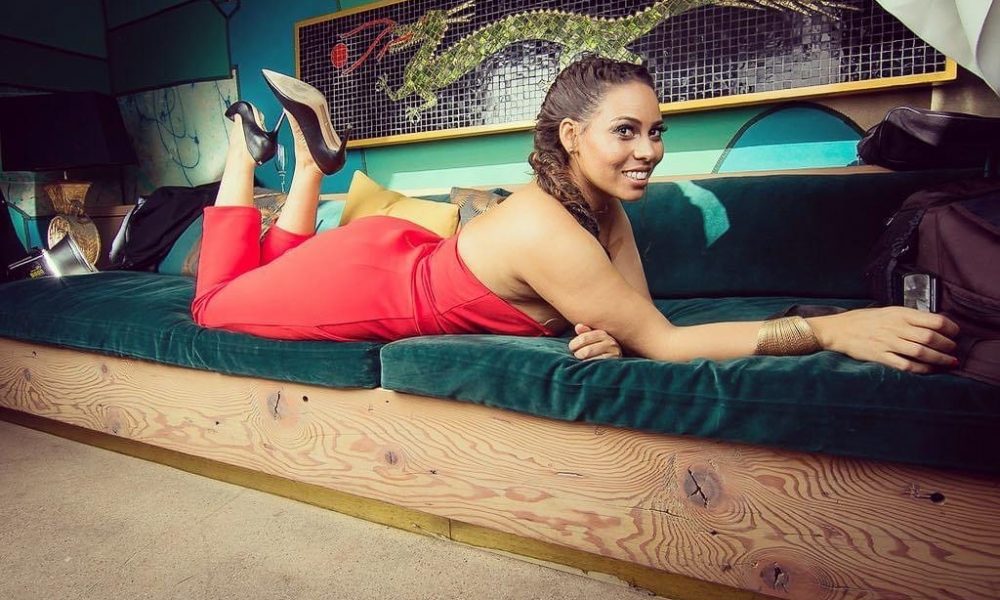 Today we’d like to introduce you to Kelley Kali.

Kelley, let’s start with your story. We’d love to hear how you got started and how the journey has been so far.
I used to be an archaeologist before becoming a filmmaker. I would excavate sites in the Central American Rainforest and others around the United States. I loved archaeology and I found myself loving it so much that I wanted to document everything we were doing on film. One excavation, there was a documentary crew that came along and they needed some guidance on the details of the archaeological research being done so I helped draft up the questions that in essence shaped the direction of the film. At the time, I didn’t realize that I was helping to “produce” the movie. Later, that same film that I helped shape went on to win awards and I thought to myself, “Wow, maybe I can do this filmmaking thing too?” So, I was able to secure an internship at National Geographic Television and Film which combined my interest in anthropology and film. This changed my life because, since NatGeo, I’ve direct television, short films, feature films, and documentaries around the world in places like Belize, Brazil, China, Haiti, and more.

The most impactful shift in my life was when I was accepted into the University of Southern California for my Master’s Degree at the School of Cinematic Arts. It was at USC where I was encouraged to use the documentary research work on child trafficking I had done in Haiti for over seven years as inspiration to write my thesis short film as a fictional narrative based on true events. I took this advice and wrote the short film which then gained the support of Haitian actress Garcelle Beauvais (The Jaime Foxx Show, Spiderman Homecoming, etc.) and her producing partner Lisa L. Wilson. This was a blessing because they were able to gain support from their celebrity community, such as Jamie Foxx and others, which helped get the word out through our film, Lalo’s House, about the issue of child trafficking. The film also went on to win the Student Academy Award, DGA Student Director Award, win at Oscar Qualifying and other prestigious festivals such as the Pan African Film Festival, Viola Davis and Julius Tennon’s Diversity in Cannes, Telluride Film Festival and many others around the world. The greatest accomplishment is when UNICEF used our film, “Lalo’s House” to lobby the New York assembly members to amend loopholes in current child trafficking laws which would then help to more easily convict anyone committing crimes towards children.

Overall, has it been relatively smooth? If not, what were some of the struggles along the way?
The journey of filmmaking has certainly had its challenges but if you truly love it, I believe you will find a way to persevere. I recall when I was working as an assistant at Entertainment Tonight and although I got to do a lot of cool things, I still felt like I was moving away from stories of “substance”. My anthropological background was screaming for me to go out and do something that I could contribute my education to. So, I quit my job and went to Haiti to study children’s rights and living conditions before the earthquake of 2010. When the earthquake happened, I went back to Haiti to help, but then I caught wind of this “Catholic” orphanage where the nun was allegedly allowing foreign men to pay to have sex with the little girls. The more I investigated, I couldn’t find her ordained by anyone and I was informed by people in the town that she was more of a mafia queen. I didn’t know what I could do to help until someone there said, “You’re a filmmaker. Make the film and tell the story.” So, I decided to do just that and document this issue. It didn’t come easy. At first, I had a lot of people supporting me but that eventually faded because since my investigation of this orphanage was dangerous, it took almost ten years to complete. So all in all, it took a lot of perseverance.

We’d love to hear more about your work and what you are currently focused on. What else should we know?
I specialize in directing and writing films. I graduated from Howard University with a degree in anthropology and then received my master’s degree from the University of Southern California School of Cinematic Arts. I have been combining both of my interests in social sciences and filmmaking through the stories I choose to direct. I am most proud of the film, “Lalo’s House” which tackles the issues of child trafficking in Haiti and I’m proud how this film has been used by the U.S. Embassy in Haiti to educate families around the country of the dangerous and manipulative ways child traffickers pose as benevolent organizations to get access to children.

What is “success” or “successful” for you?
I personally define success based on the positive social impact any of my creative works have made. Whether it be for positive social change in our society or if it’s just to make people laugh and give them joy for a moment. 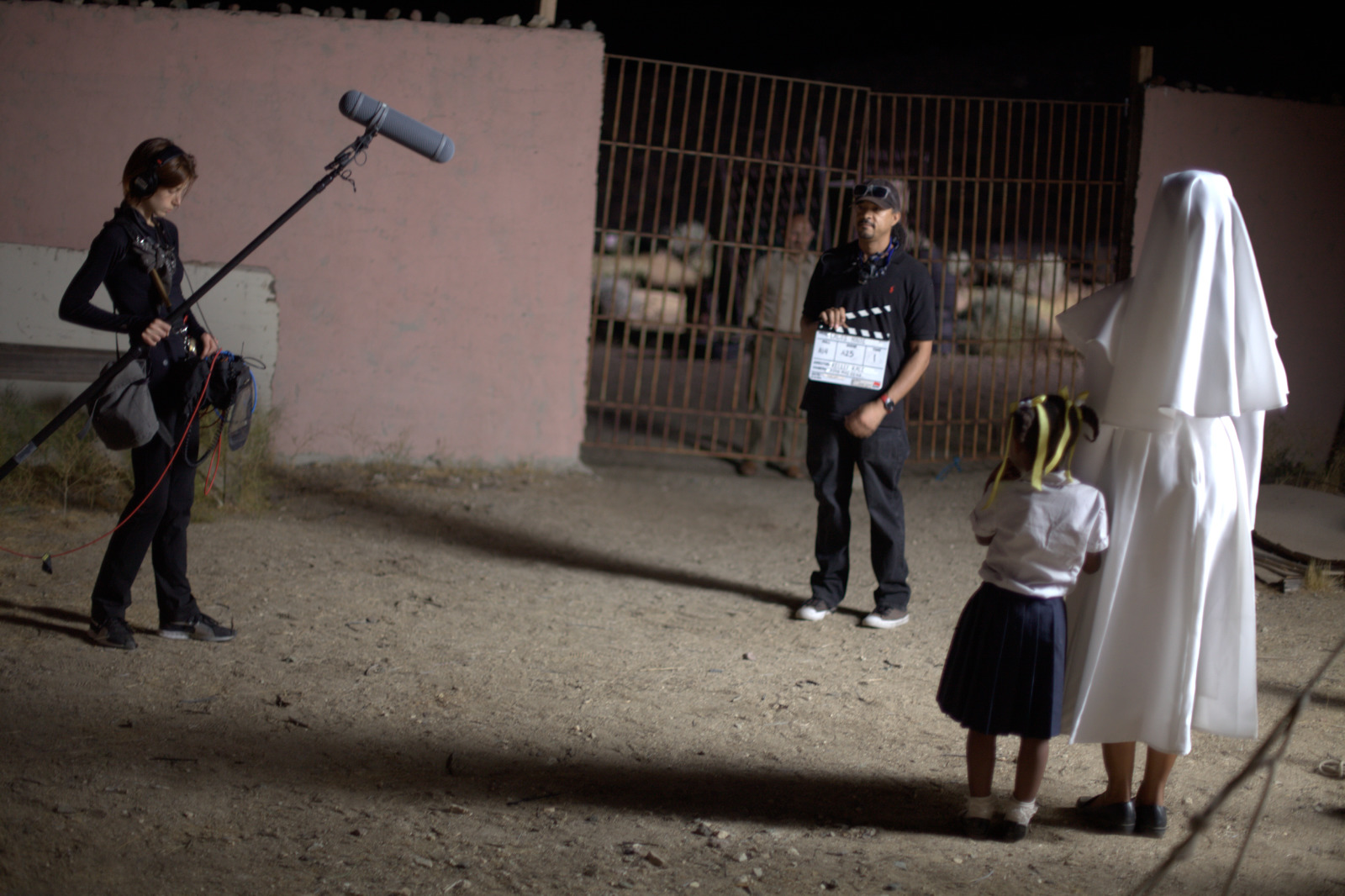 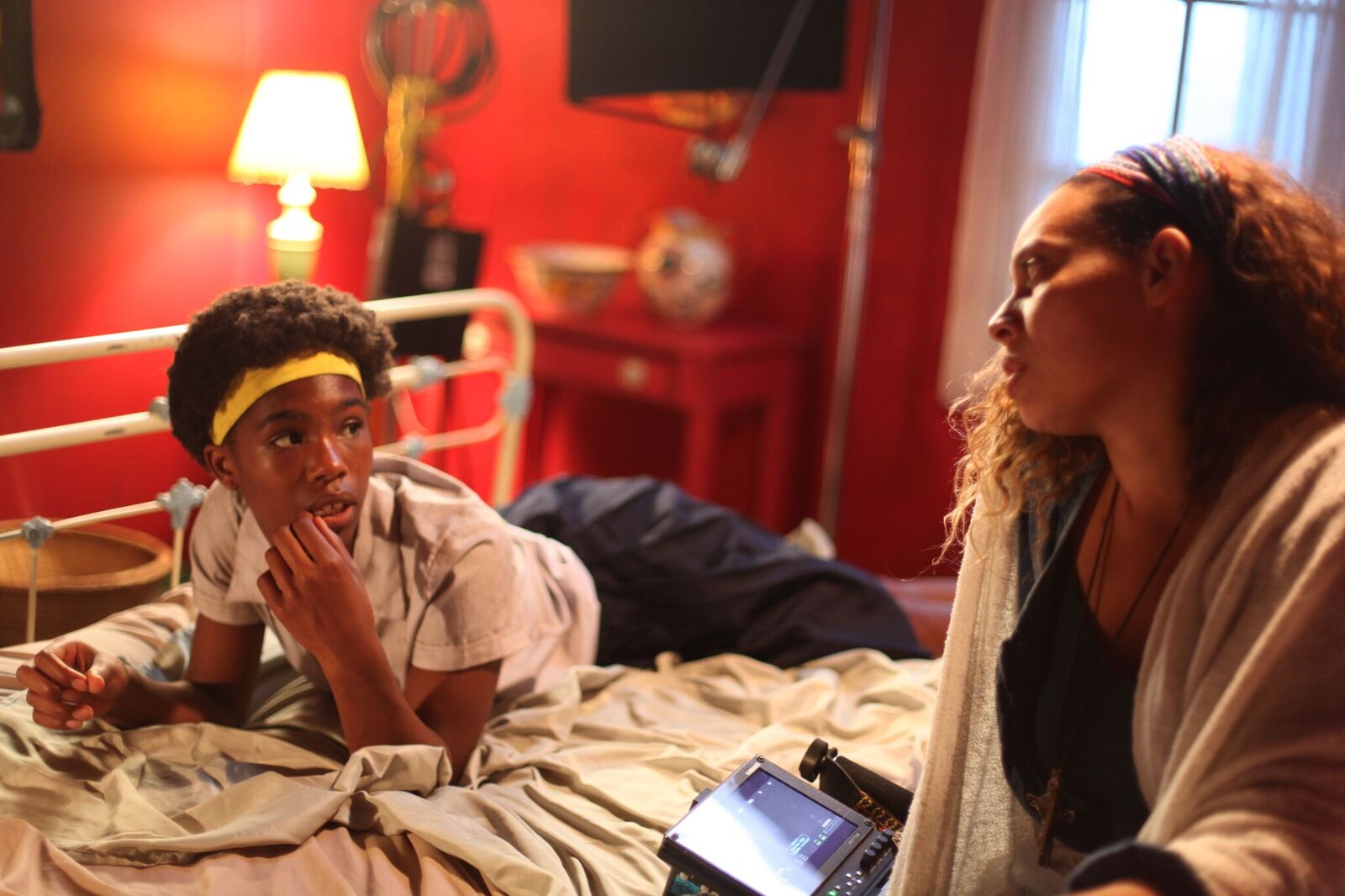 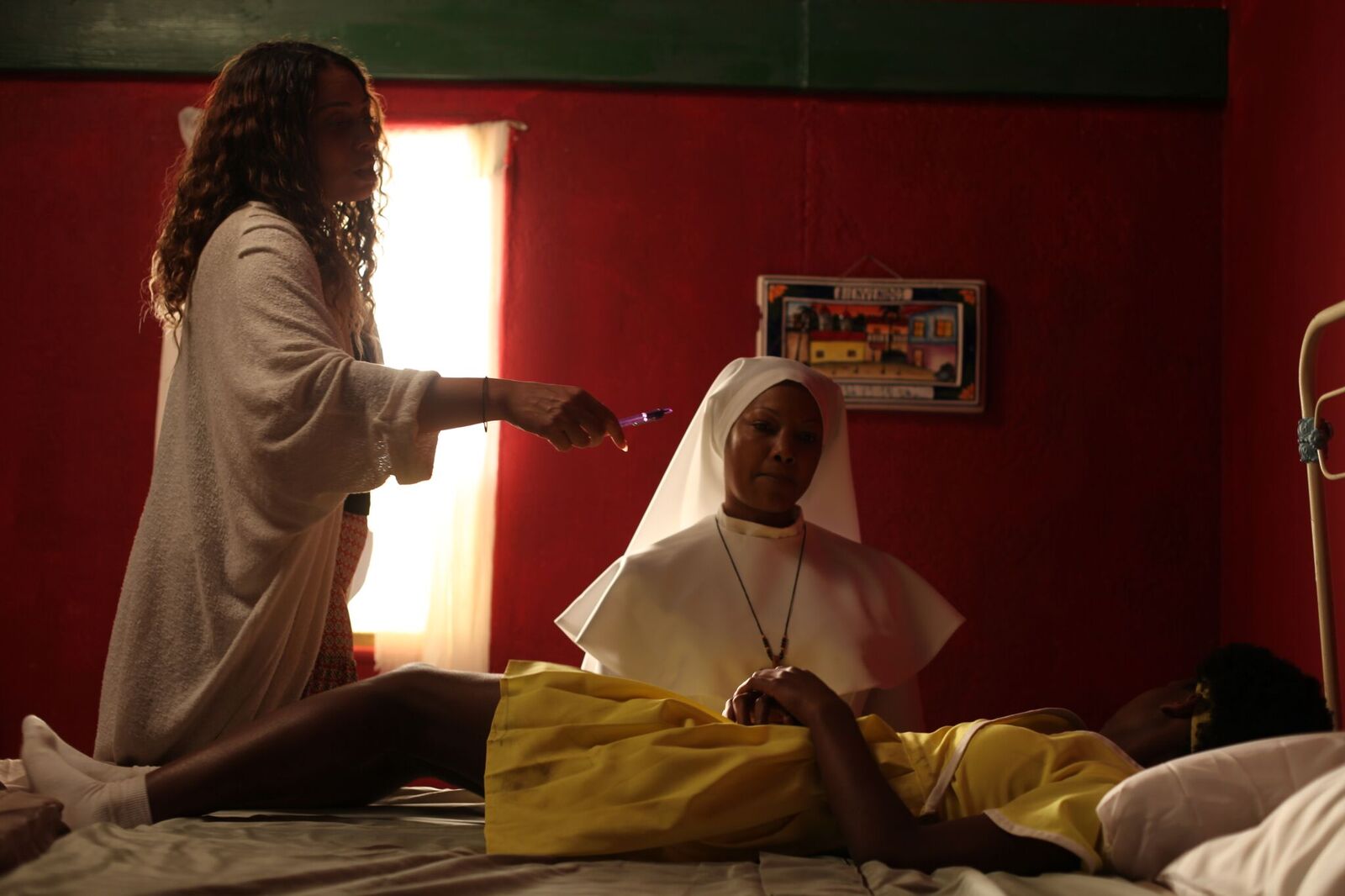 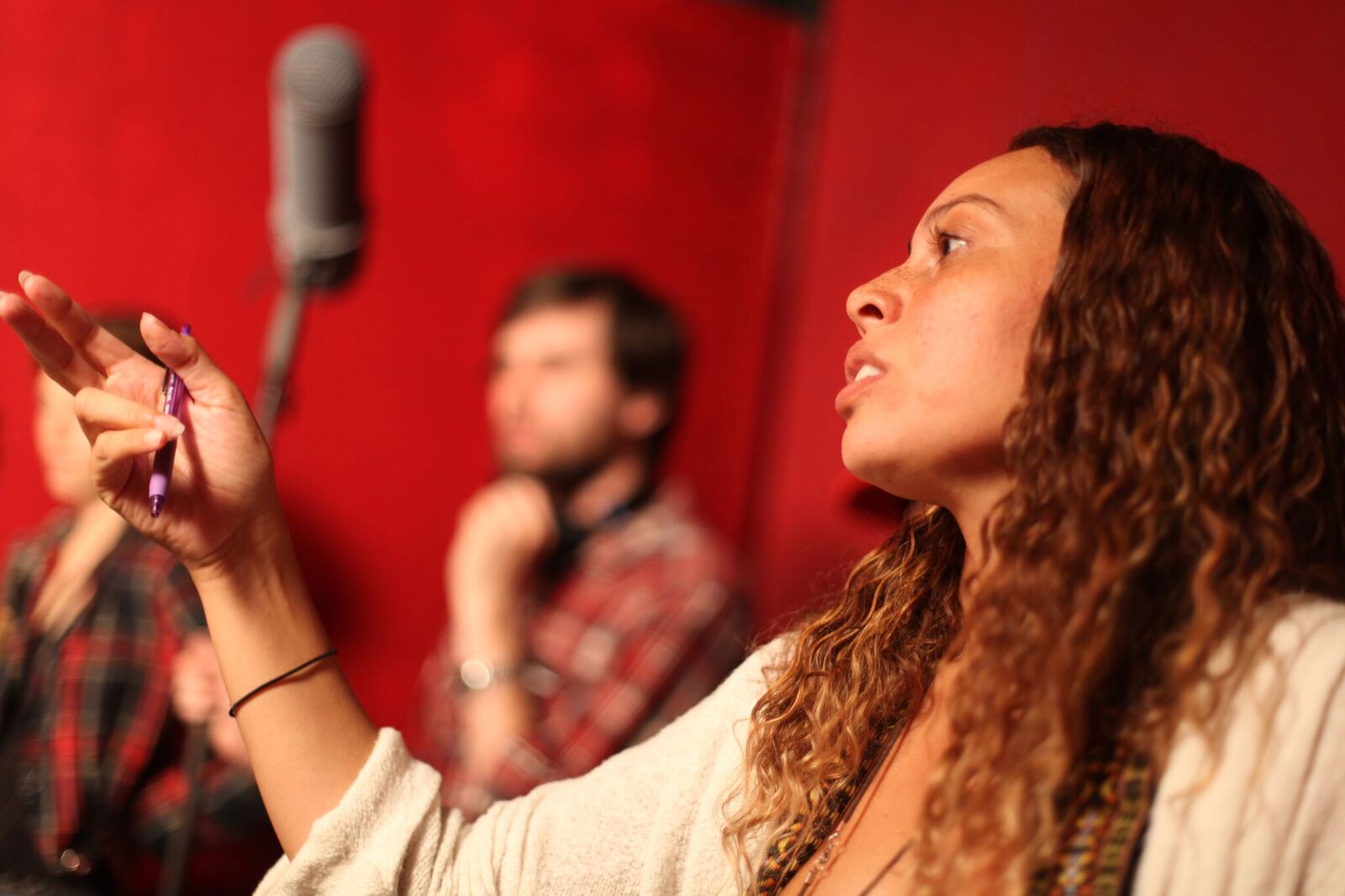 Image Credit:
The first image of me on the green couch is by ShadowandAct