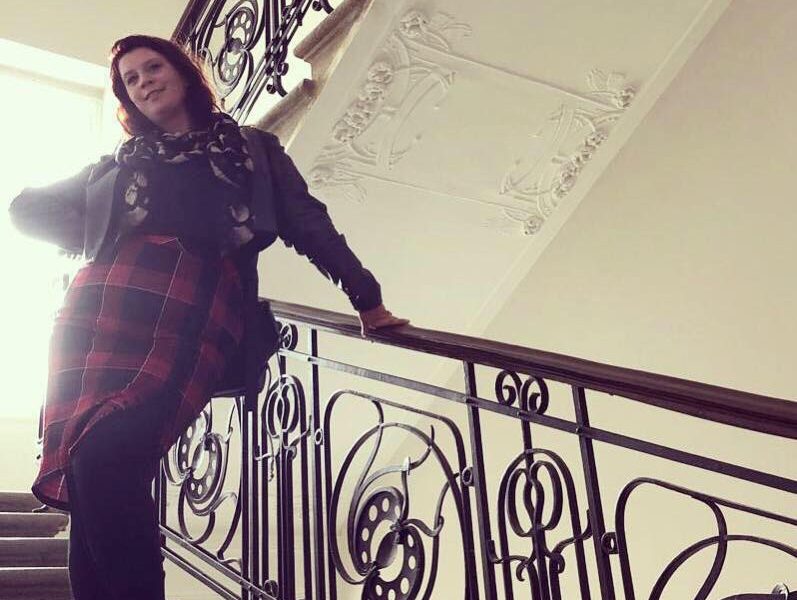 Today we’d like to introduce you to Kaytee Papusza.

Thanks for sharing your story with us Kaytee. So, let’s start at the beginning and we can move on from there.
I started my career as a clothing designer in Seattle, circa 2004. I had dabbled in wardrobe styling before I started making my own designs – as a stylist in Seattle with very surreal taste I was unable to pull from local archives that could match my fantasy and avant grade aesthetics. Fortunately, I grew up with sewing as a practice and skillset, so it was easy for me to just make whatever I dreamed up. I launched two collections in my first year of designing and then decided to move to NYC so that I could have more opportunities to network with like-minded individuals and get a sense of the business. I definitely did both of those things in NYC, where I spent much of my 20s. I cannot express in words the gratitude that I have for the time I spent living in Brooklyn – I found experiences, opportunities, inspirations and people that will be an intrinsic part of who I am for the rest of my life. I would define these formative years as the time that my career was burgeoning as a young artist. I was given opportunities to travel to and show my work in Iceland, Art Basel in Miami and beyond. It was beautiful, but in time I did burn out, as New York is a place vibrant with highly intense energy and I am a bit of a softer soul who craves nature and quiet in order to recharge.

Right as I was turning 30 – and ending my era of eternal freedom and wildness – I left New York and found myself settling in California. I started in the Bay Area, where I lived for several years with a number of other artists in a warehouse turned artist space, and is the kind of thing that is now sadly extinct in San Francisco and Oakland now. While living in the Bay Area I had much more time on my hands then I did in NYC and was able to explore such mediums as working with glass, plastic, metal and much more. I was also able to expand on my couture and fine art/sculptural work as a result of having more time, workshop resources and space. I showed work at the De Young Museum and also was able to go back to NYC to show during fashion week with SeeMe. Ultimately though I reached a plateau with the kind of creative work I do while I was living in the Bay Area. For reasons similar, but more mature that I had when I left Seattle I left the Bay and found myself living in LA.

LA has been good to me in the sense that it has allowed my to expand the type of work that I do and now – in addition to my own creative work – I do for others as a consultant or designer in the fashion, costume and textile industry. It has given me more opportunities to do costume design and commercial work, which are definitely great for me in the right setting, though I still prefer fabrication work more then being on set. There are also lot’s of interesting creatives here to work with, and that is an aspect of living here that I find very fun to explore.

Great, so let’s dig a little deeper into the story – has it been an easy path overall and if not, what were the challenges you’ve had to overcome?
First and foremost I consider myself an artist, and anyone who is a working artist will probably tell you that it is not a smooth career path to travel on. Despite the challenges and struggles it has been beautiful though, and so I am grateful for every part of the bumpy ride I have endured. I think the primary struggle in my journey has been the feeling that I am often getting displaced or running out of opportunities in a place and that I have to move on to find what is next in my journey. I truly do feel settled in LA and grateful to be hear, because out of all the places I have lived besides NY this is a place where I feel like the opportunities are endless and there will never be a lack of work or creative camaraderie. And one up that LA has on NY that makes it more attainable is that it is a more affordable city with a better quality of life… Plus the weather is so much better, hah! Here I am being another bicoastal cliche, comparing the two cities, lol.

In regards to the work itself I would say that since I do a few different things there are different struggles in each thing I do. In the fashion and textile business it is challenging because “fast fashion” style manufacturing really has taken over the market, and as an independent designer/someone who works for independent designers it is nearly impossible to undercut the corporate price points. Fortunately there are ways to get around that, such as marketing strategies, making smart choices around how you model your product lines and also prioritizing working with quality people that you know you can rely on. For me as a costume designer the biggest struggle is knowing how to deal with difficult people and professionally address egotistical colleagues. Because of this I am very selective about the type of gigs I accept where I will have to work on set, as well as the people I am working with. When you find golden people you know you work well with you know you have hit the jackpot, and fortunately I’ve been lucky enough to have plenty of both over the years.

Papusza Couture – what should we know? What do you do best? What sets you apart from the competition?
My motto as an artist has always been “If you can dream it you can wear it”, and I think this is a good starting point for defining who I am as a designer and what my brand stands for. I specialize in bespoke womenswear and costumes. Prominently I think my work is known to be unique and artisanal, so I tend to receive a lot of inquiries from people who want custom wardrobe – this ranges from brides to costume designers that are in search of unusual pieces for projects they are working on and everything in between. Aesthetically I have established a presentation that is known for being detail heavy, influenced by the natural world, intricate, artisanal and often macabre.

I am most proud of my collection Undine, which I created while I was living in the Bay Area, circa 2014, and showed at the De Young Museum. This is collection made of materials that would not conventionally be used to make clothing – I had a bodice made of tumbled glass, which I hand drilled and wired together. Another that was similar made of broken and tumbled china dishes. A dress made of spoons, which where collected at thrift stores and assembled through a combination of welding, drilling, wiring and stitching. Another ensemble featuring a bustle and harness made of abalone shells, which I acquired from a friend who worked at a restaurant where they served abalone, and their shells where the bi-products. I boiled, scrubbed and sanitized them all, before weaving them into an intricate tapestry of shells, which is also a dense and heavy bustle. Each of these garments made sounds (like a wind chime) when in motion, and I worked with an audio-engineer who created a soundscape with layered samples of the sounds. I was most proud of this work because it was made almost entirely out of recycled materials. It was also unconventional and something many people told me was impossible – I love to create the impossible and shatter the ideas others try to impose on my about what I can and cannot make. I also loved that the pieces where interactive art which engaged several of the senses – they could be worn, felt, heard and seen.

What moment in your career do you look back most fondly on?
I was proud do be the costume designer for the 2019 Sci-Fi film Crossbreed because it allowed me the opportunity to dress Vivica Fox as the first African American woman to play POTUS in American Cinema. That was a very inspiring character design. Vivica is an enormously inspiring human, and I loved every moment of working with her. 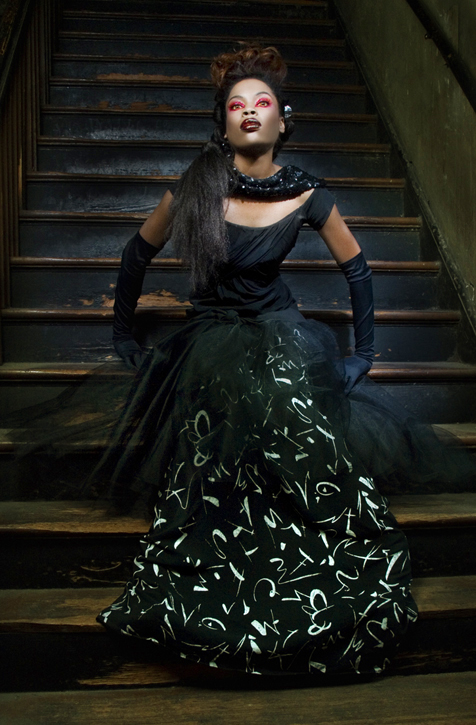 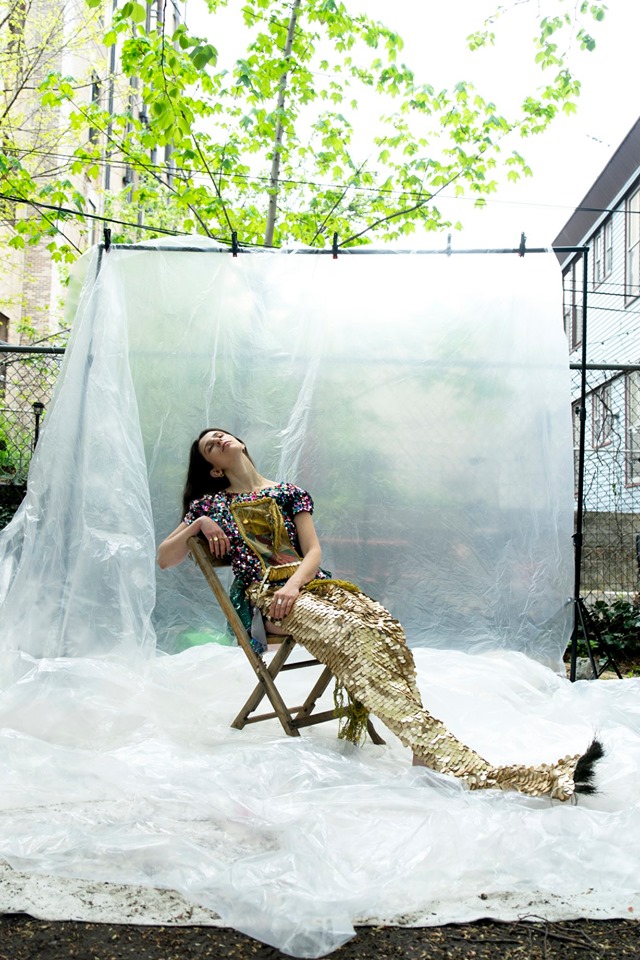 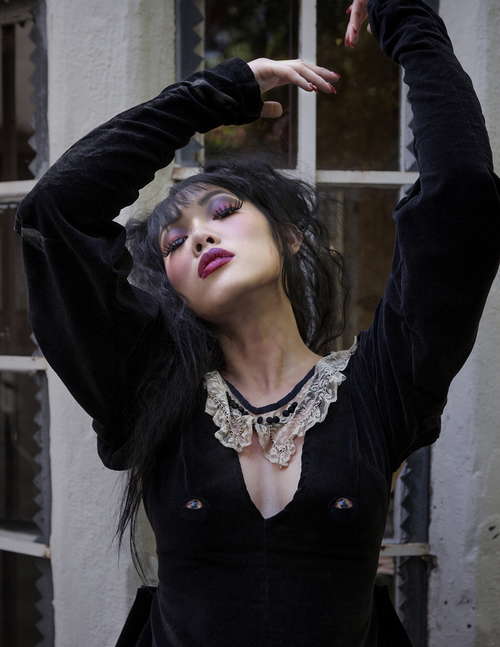 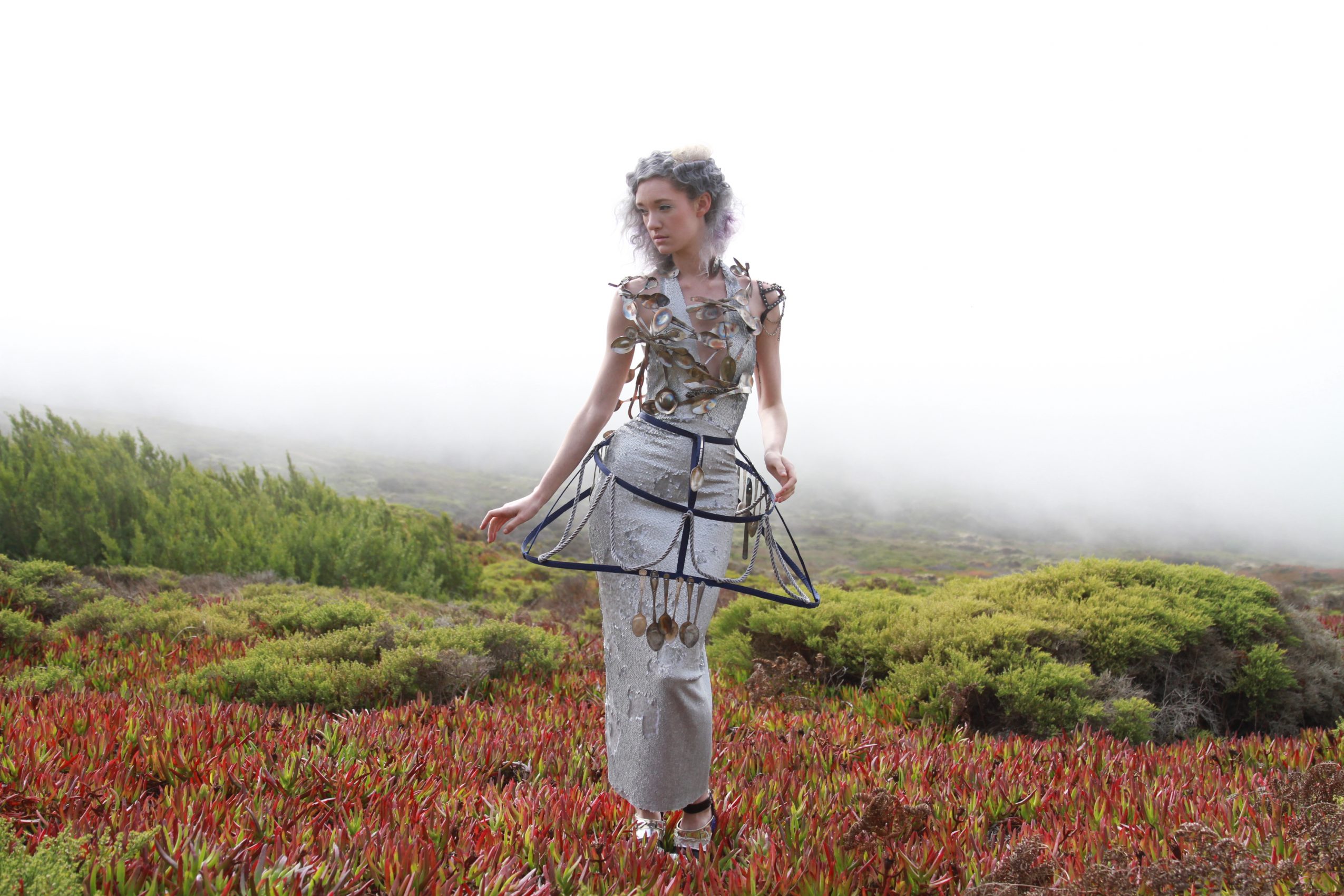 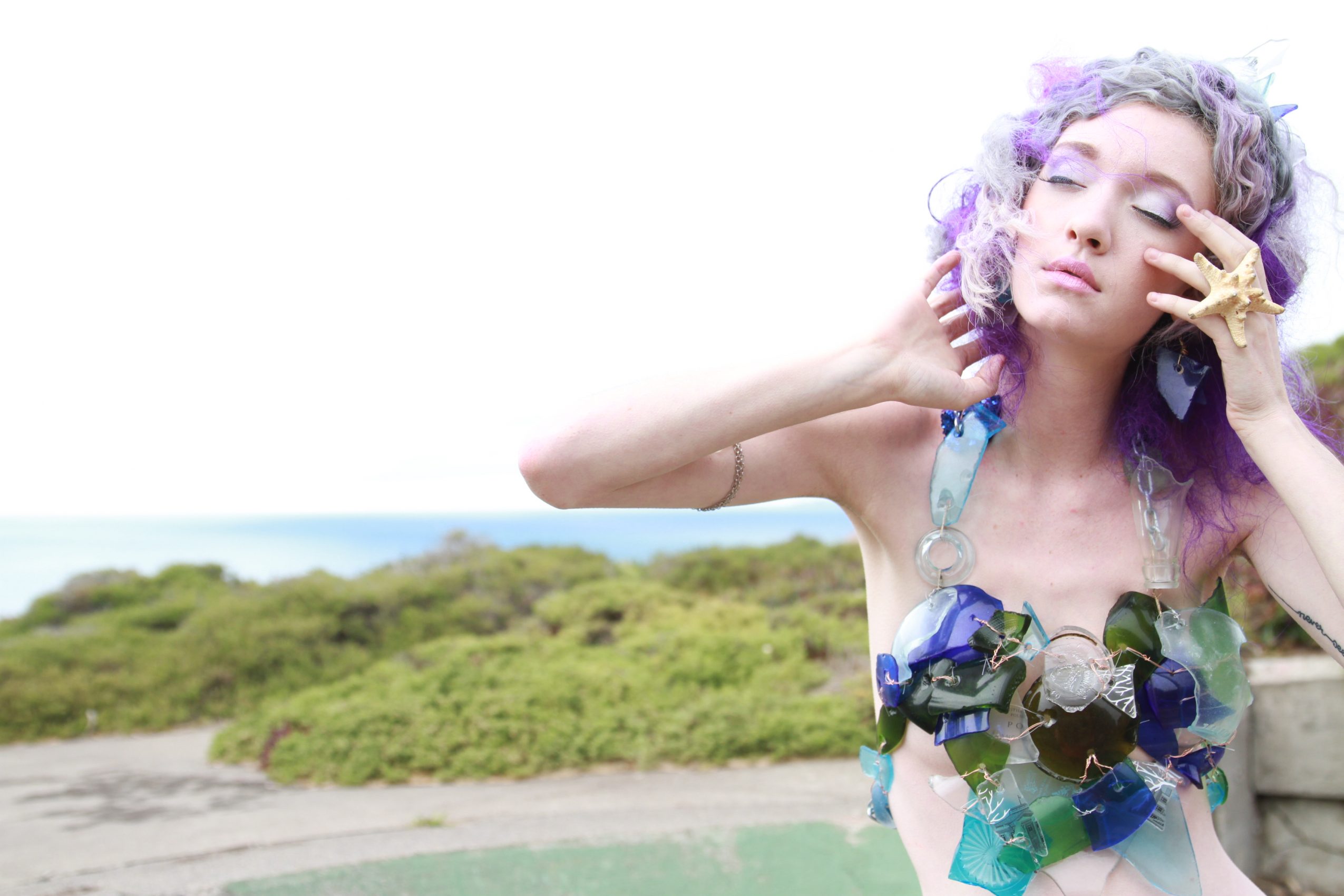 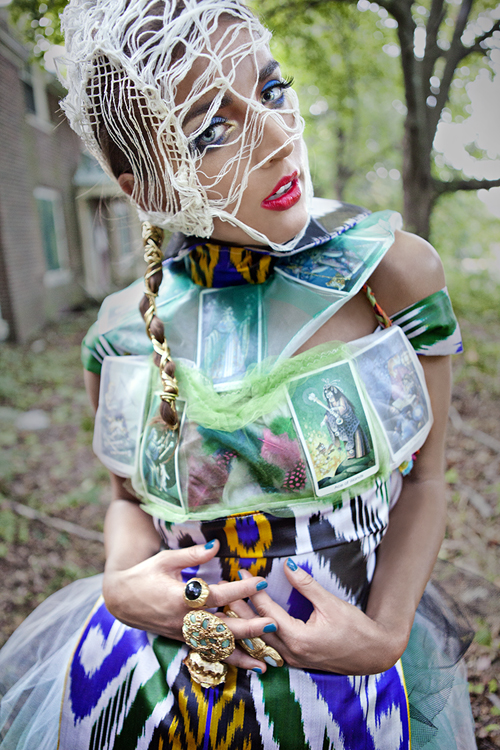 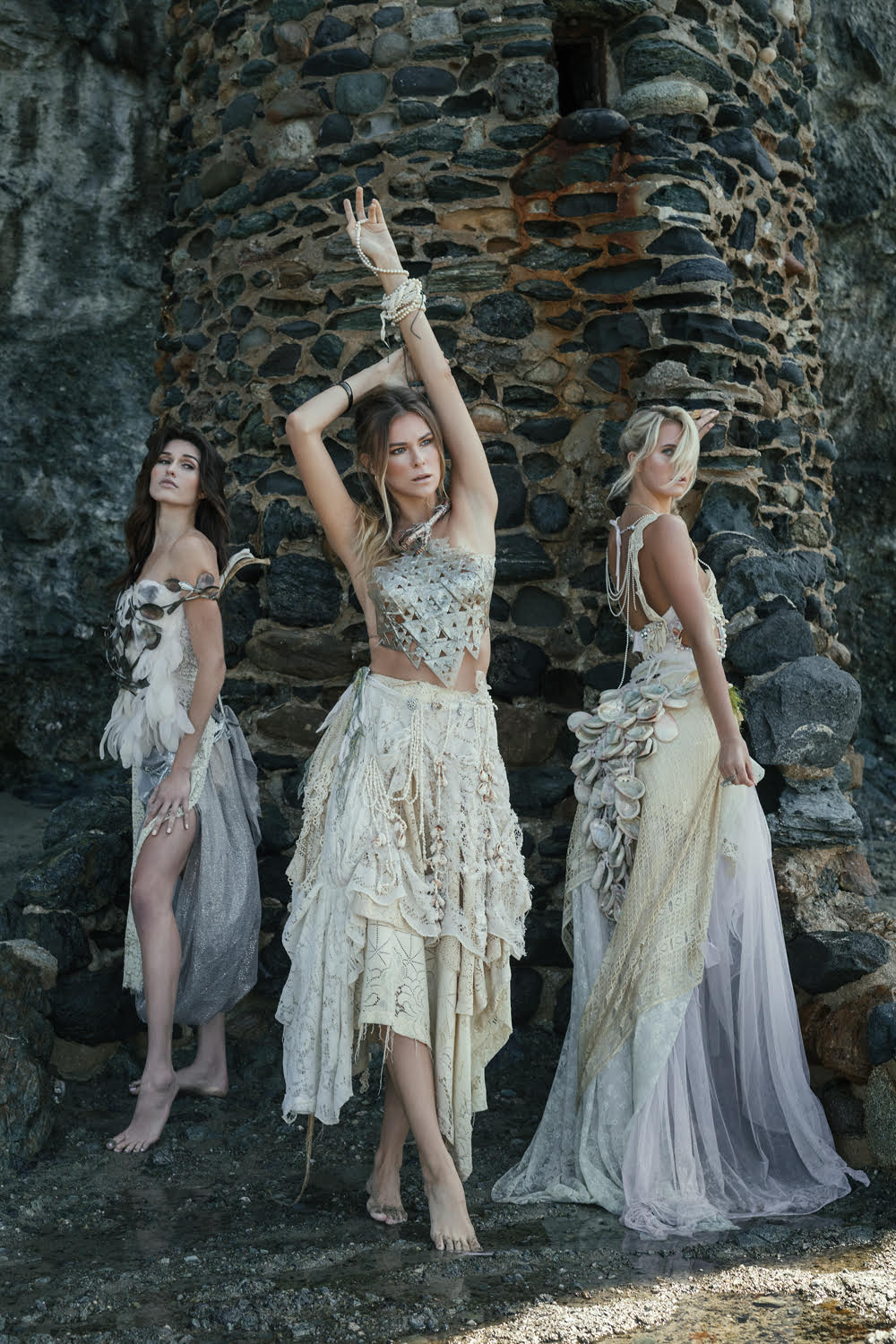 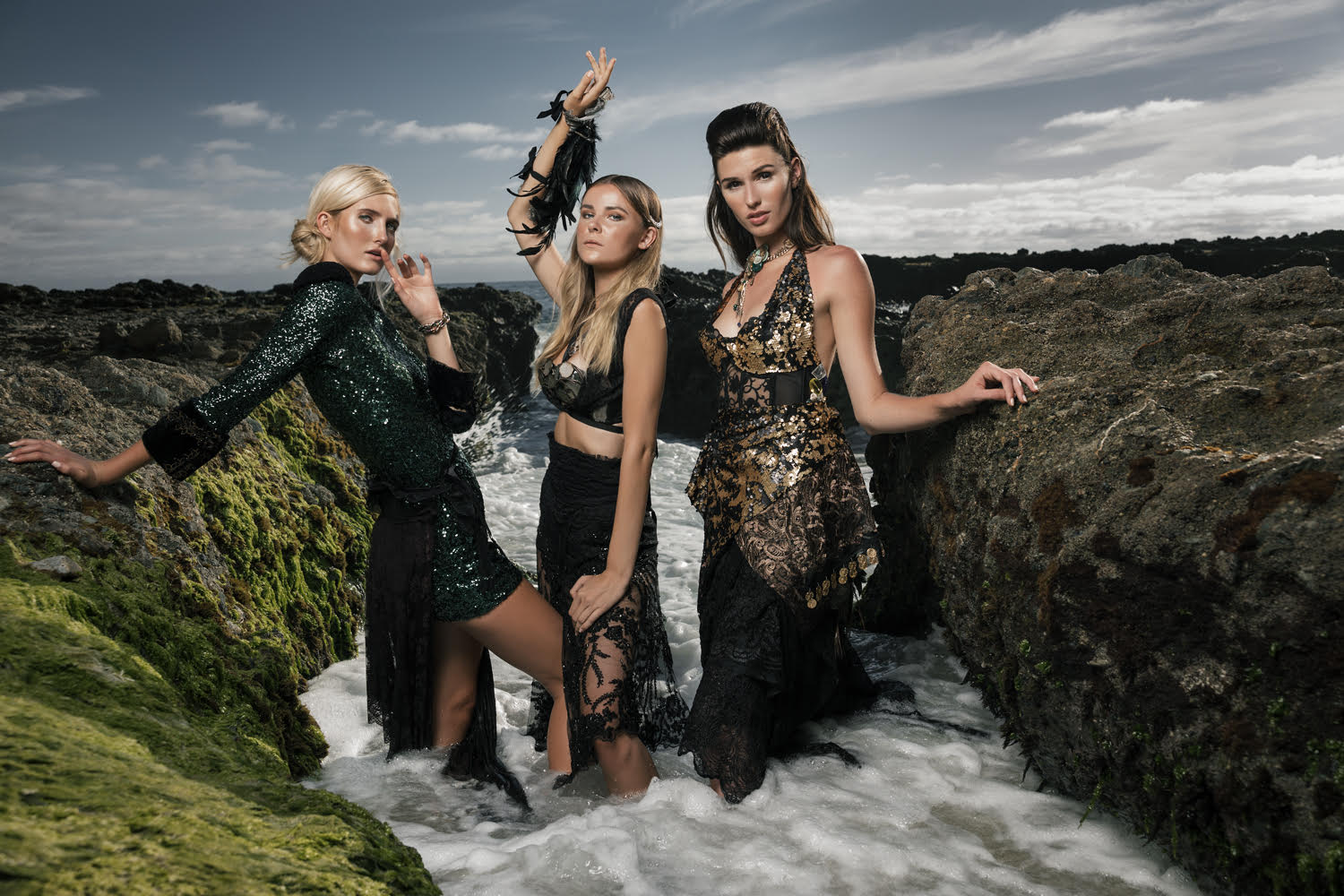