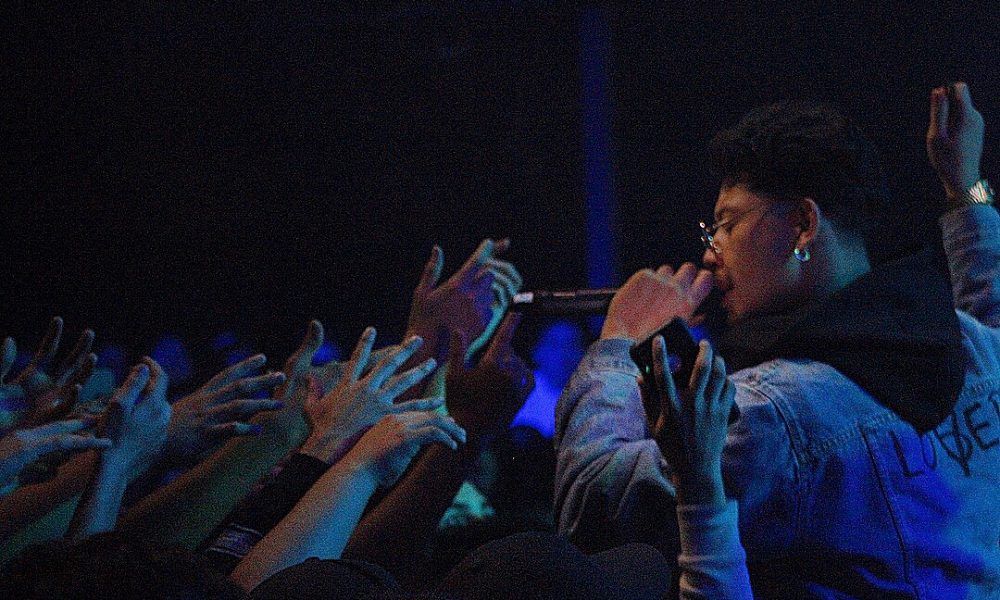 Today we’d like to introduce you to Kayoh LA.

Kayoh, can you briefly walk us through your story – how you started and how you got to where you are today.
I was born in Lynwood, California on November 13, 1998. I got the name “Kayoh” because I would get into a lot of fights when I was younger. Growing up was a struggle for me because I would always hang out with people that were bad company, and I would inevitably get involved. When my family & I moved out to the Inland Empire, I was still getting into a lot of trouble at school, until I met a dude by the name of “Nino B”. He became one of my closest friends, and even put me on to making music. Eventually, we both formed a duo & started making music in my garage frequently. I loved making music a lot, and I quickly realized that I had a talent/gift. I knew in my heart that I could go far with it. Me & Nino would always talk about how far we could get with our music & the impact we could do have on the people listening to our stuff. Sadly, me & Nino disbanded the duo and went our separate ways with music but always kept in touch with each other until I got to college in 2017. There I met another Inland Empire artist named “Regi Levi”. Me and Regi became close friends, and our friendship turned into a brotherhood because we had a lot in common and wanted to work towards the same goals. It was around this time that me Regi and so started to make music together as well.

Eventually, I caught back up with Nino, and made a song including Regi titled “Bad Days Pt. 2”. The song received a lot of positive feedback, so we just kept creating more music. Then later within the year, Regi offered me the opportunity to share the stage with him when he opened up for a big name artist who went by the name “Pnb Rock”. As the hype man on stage, I was able to experience being in front of a sold-out show. I fell in love with the scene of people going crazy to the music blasting from the venue speakers. After that show, Regi & I started to perform more & more, but each time I was performing songs that we had created together, as well as one of my singles titled “Pablo”. In short, I was doing way more than simply hyping the crowd up as time progressed. After seeing us perform, multiple promoters started to notice us, and before we knew it, we had opened up for artists such as “Young Thug”, “Trippie Red”, “Ski Mask The Slump God”, and many more.

Overall, has it been relatively smooth? If not, what were some of the struggles along the way?
Honestly speaking, it hasn’t been a smooth road because I’ve had my ups & downs with music. In 2018, I lost my motivation for pursuing music due to Nino and my grandmother both passing away unfortunately. I thought I would’ve been able to bounce back, but it was much more easier said than done. I started to lose myself, and everything I loved doing became a blur. I simply lost interest in all of it, and I didn’t know how to get it back. I tried my hardest to make music again, but the passion for it just died out for me, and I became very numb and depressed. I took a very long hiatus but eventually made the decision to come back stronger than ever before in 2020. Once I stepped back into the musical realm, I had a gang of people welcoming me and showing support. I also opened up for ”Xavier Wulf” this past February alongside Regi, and it was a very successful show.

It motivated me to keep just keep going without any breaks. That’s when the picture started to get bigger and the vision started to get clearer. From that moment on, a good amount of people wanted Regi & I to go back to doing shows like we used to. We knew that we had to get back to it as soon as possible. We also created a collective called “INLVND” to help other Inland Empire artists. The goal was and still is to give them the tools to pursue their artistic dreams. “INLVND” currently consists of five very talented artists including myself, Regi Levi, Mv7rid, Drew, & Rula. We want to be able to give back, and ultimately create a platform for the I.E. because there’s simply so much unrecognized talent here. In short, we’re trying to be pioneers.

INLVND – what should we know? What do you do best? What sets you apart from the competition?
We love giving back to the community and that includes giving upcoming artists a taste of networking, as well as the opportunity to perform with us during big shows with even bigger entertainers. I believe that’s what really sets us apart from others.

What is “success” or “successful” for you?
The definition of “success” to me is knowing that my parents don’t have to work anymore because I can take care of them. It’s knowing that I can provide for my family and not have them struggle financially. If I could get paid to do something I love, that would make me “successful”. I also see “success” as the feeling that an artist can get when the entire crowd at a venue knows the lyrics to their song/s. Those moments would be unmatched in my book. 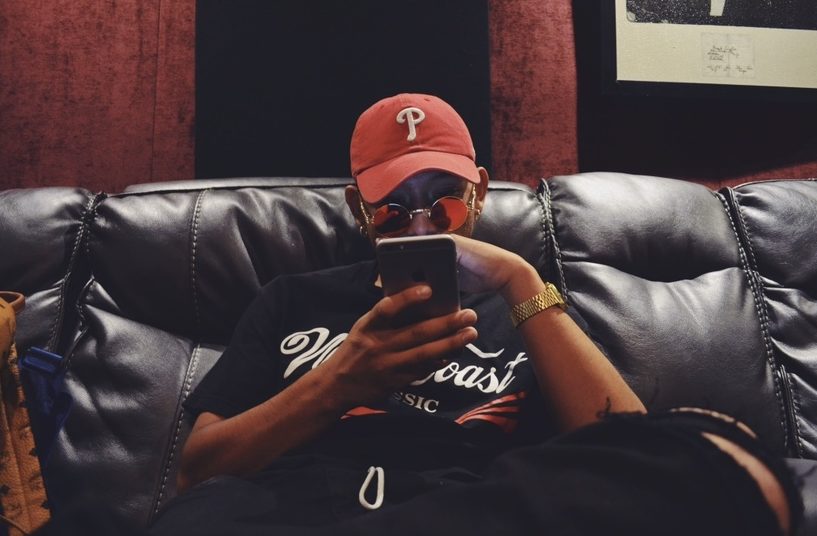 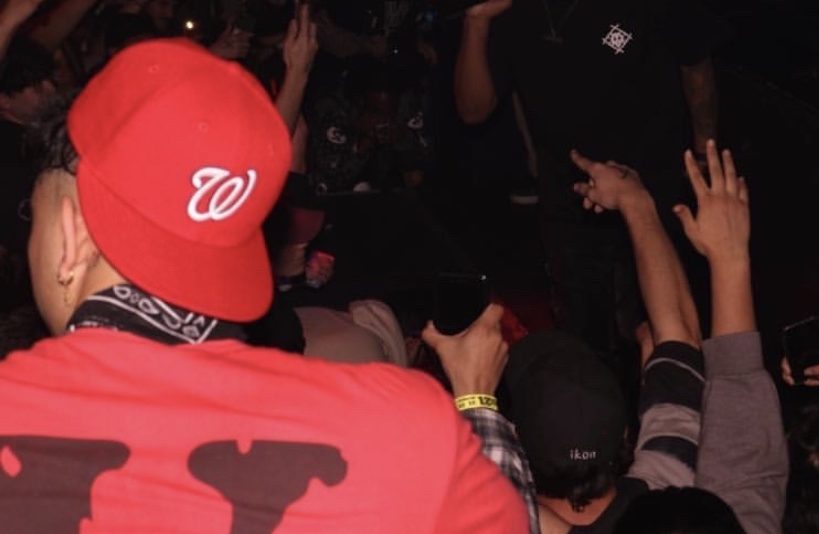 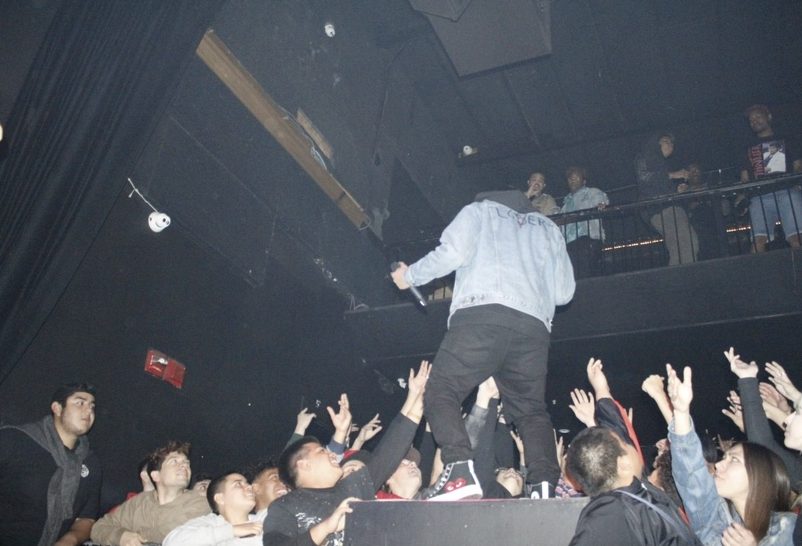 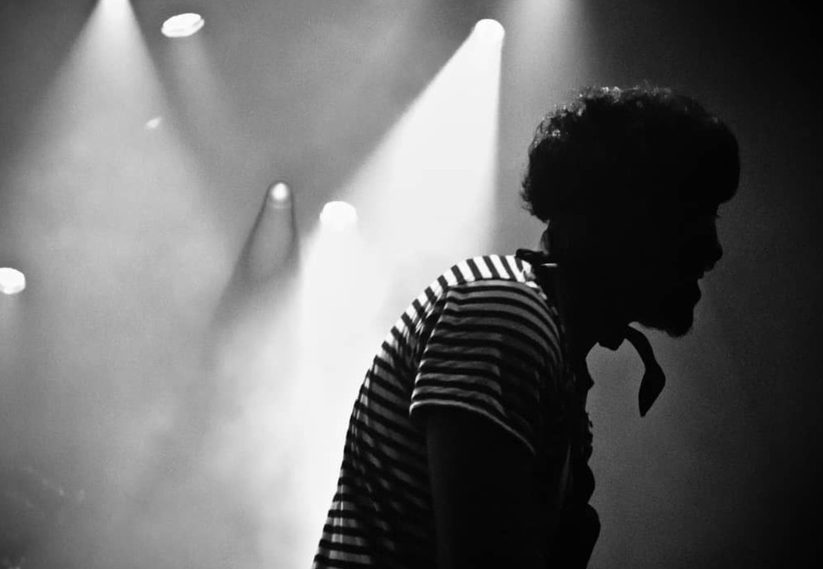 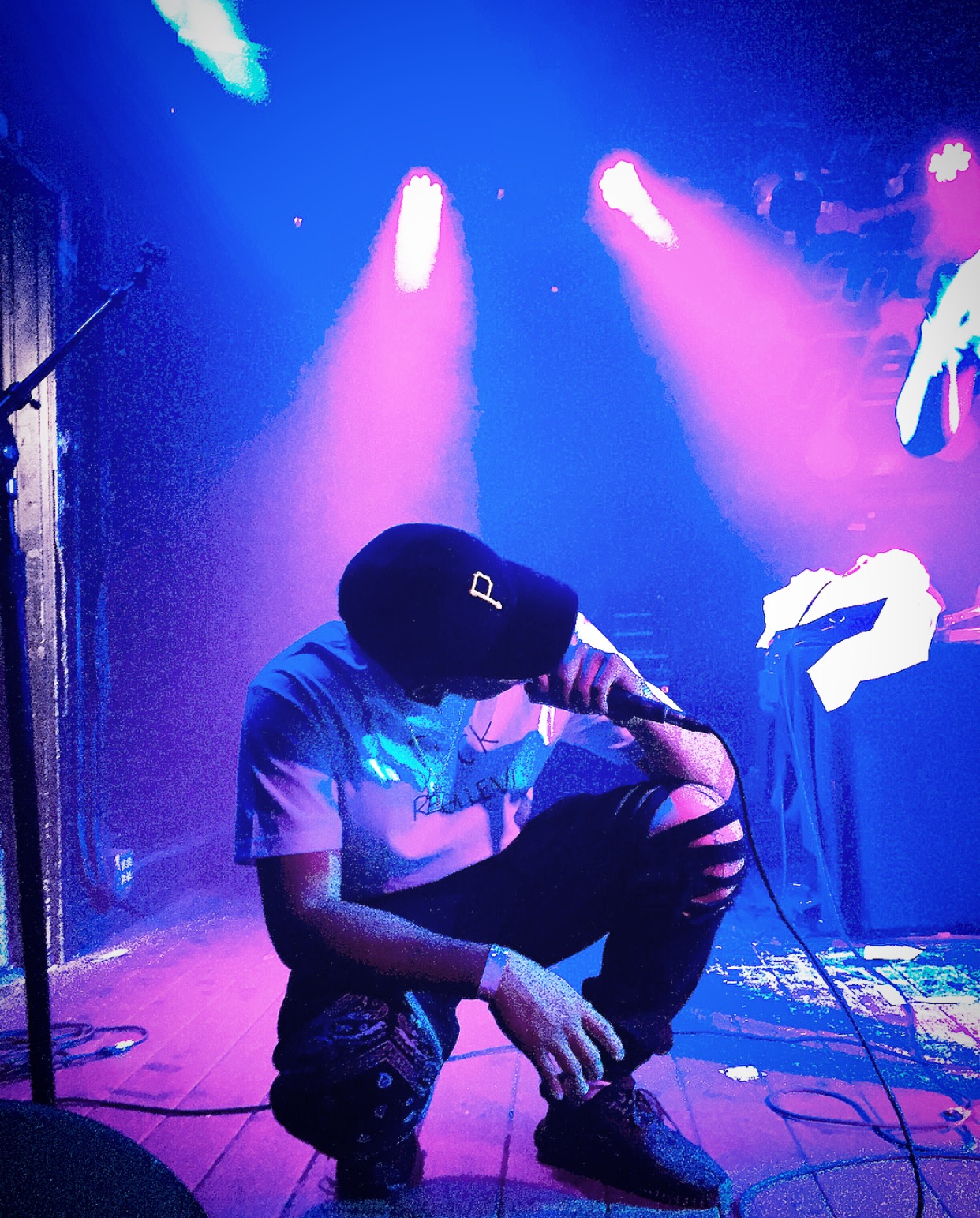 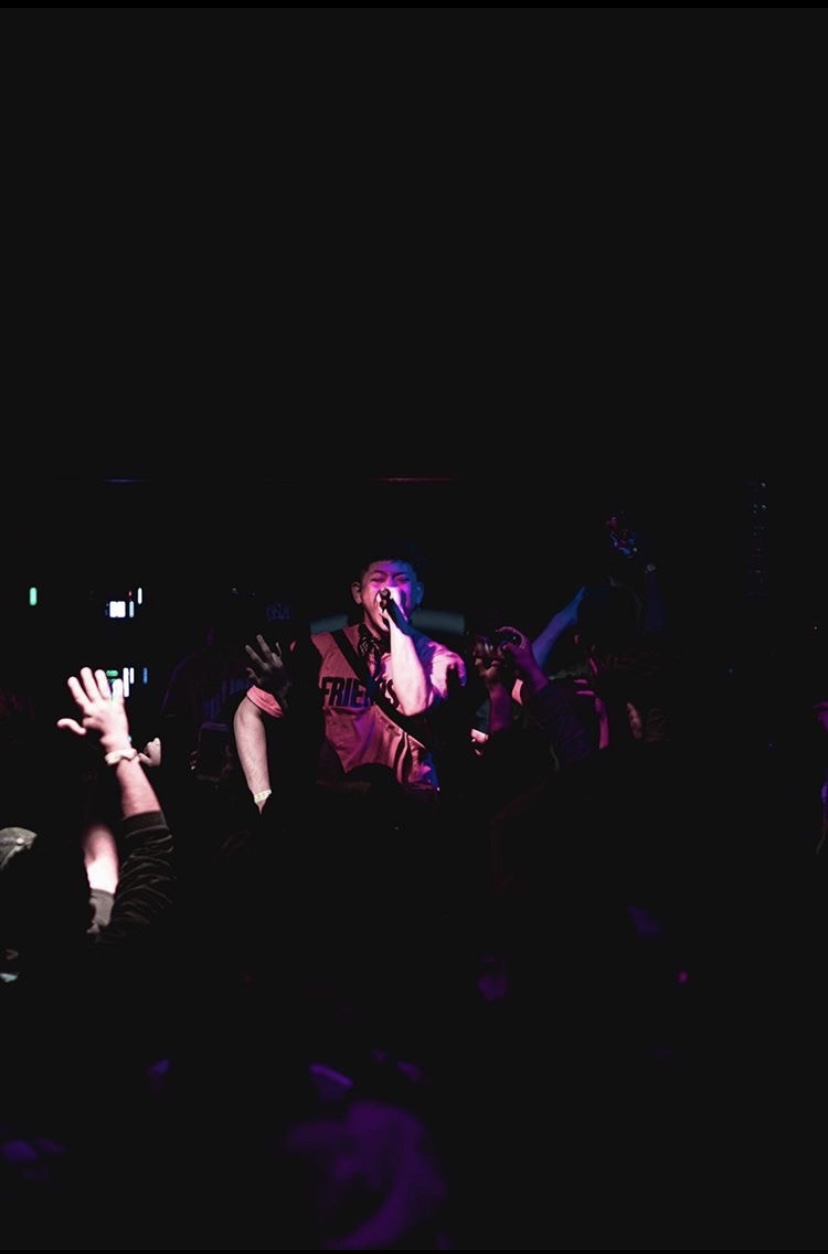 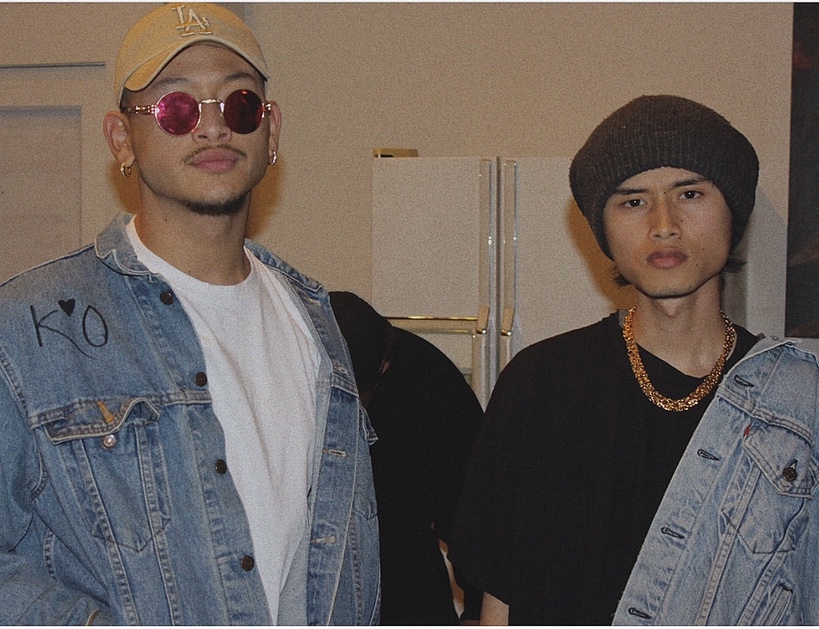