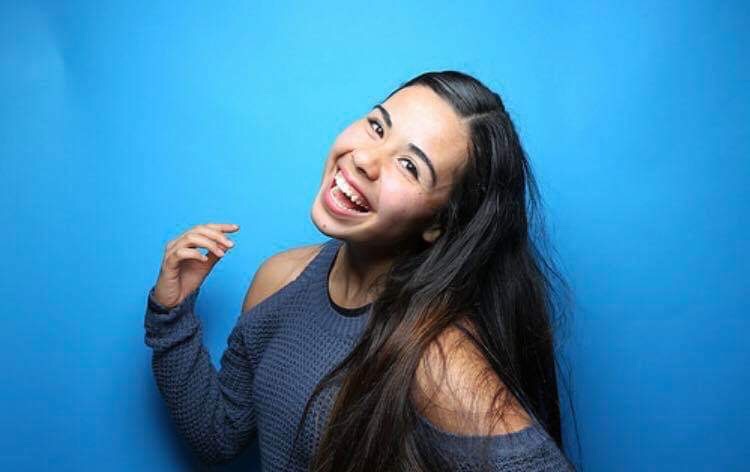 Today we’d like to introduce you to Katrina Spencer.

So, before we jump into specific questions, why don’t you give us some details about you and your story.
I am a small-town girl from Clearfield, Pennsylvania and I started dancing at the age of four at a local dance studio, five minutes from my house. My parents decided to enroll me in dance because I was too young to be home alone, so my mom would always have to bring me with her to her aerobics class. She would always tell me to sit still in the corner, but once the music turned on, I couldn’t help but run around and dance to the music. Being in a small town, I was only able to get three hours of dancing a week and also took part in competition team. When I turned thirteen, I transferred to a ballet studio about an hour away. There I trained in ballet six days a week for four and a half hours a night. I also received one hour of modern, jazz, and tap each week. I took part in the company which would perform at multiple local and state locations throughout the year. There was no competition team, however, I competed at a few competitions independently through the three years I spent at this studio.

After one year there, during the summers up until I graduated high school started going to Point Park University’s International Summer Dance six week intensive every summer. There, I was able to make friends all over, build connections, work with other artists, and train under some of the best including Kiesha Lalama, Dan Karasik, Annalee Traylor, Gustavo Zajac, and MANY others. I would train 7-9 hours every day of those six weeks. Alongside dance, starting in junior high up until graduation, I was a cross country runner and track & field sprinter, jumper, and hurdler who also went to states. I was very involved with high school and took part in seven clubs. I was a class officer (treasurer), in student council, helping hands, key club, drama club, prom committee, and was a basketball statistician. My junior year at a cross country invitational, I fell and I couldn’t get back up without my hip jolting in excruciating pain. I went to the hospital and they told me I had an over usage injury that had been forming for about a year called iliac apophysitis, where my iliac spine had separated from my growth plate. This was an injury common in both dancers and runners. My recovery was about three months. My first day back to dance, I sprained my ankle which took me out another month. At this point, it was Christmas break, and throughout all this time off from athletics, I was able to be apart of the play and musical, start writing more, and even get back into piano, but more than anything, it gave me time to reflect on what I wanted. I figured out that I still wanted to be a dancer, but not just ballet, I wanted a variety.

This led me to move to a studio about an hour and a half away where I was able to train and compete in a variety of styles including: ballet, pointe, tap, jazz, lyrical, contemporary, acro, hip hop, jazz funk, modern, and musical theatre. Following high school, I moved to Los Angeles, California and have been training at Studio School Los Angeles. Since then, I have taken part in many live dance performances, short films, musicals and plays.

We’re always bombarded by how great it is to pursue your passion, etc – but we’ve spoken with enough people to know that it’s not always easy. Overall, would you say things have been easy for you?
One of the struggles of wanting to pursue this path was being in a small town. I live about two hours and a half from Pittsburgh where a lot of the best training in PA is located. Sometimes it is hard not to compare yourself to people you see on social media younger than you and seeming to do better because of the opportunities they have. However, then I realize that I was given many opportunities too that helped shape me into who I am and that everyone is on their own path.

Some other struggles included having to commute an hour or more for dance, right after school I would have track practice and then leave straight for dance. I would not get home from dance until ten or eleven at night sometimes and by the time I showered and ate, homework would keep me up at least another hour. Finding the balance was super hard for me. The injuries also created a minor bump in the road training wise, but that was more mental than anything. All of these obstacles though, I would have them happen all over again if I ever went back in time. I say this because all of these challenges taught me very valuable lessons, and helped me to push myself to my limits. I think these obstacles can speak a lot about work ethic and that I would not be the person I am without them.

We’d love to hear more about your work and what you are currently focused on. What else should we know?
I am a dancer, singer, actress, and writer. I am currently on track to be the first double major of Studio School Los Angeles with commercial dance and acting for film & television. I am known for my work ethic and positivity. I never let anything stop me for going for what I want. I will always reach for my goals and continue to reach even further. I will go above and beyond and be extra with my work to help get me to where I want to be. I refuse to make excuses for myself. What sets me apart from others is that I have a very positive and stubborn mindset. I get in my zone and stay in my lane, I will continue to work and work and work regardless of where others are at in their journey. I will never settle, and throughout it all, I will always look to the brighter side of everything. If I have a bad day, I brush it off and come back the next day treating it as a whole new day. You can miss a lot by lingering in negativity. However, when you are positive and look for that energy, there is so much in the world to be happy about and grateful for. There is a lot in the world to see by staying open-minded.

Has luck played a meaningful role in your life and business?
I don’t know how much I actually believe in luck. I think there are coincidences and that you can get lucky with a random opportunity. However, when trying to have a sustainable mindset and lifestyle, along with a career that fills you, I think it is about choosing a path you will be happy with and continuing to work for it. If you are not working and you get something from “luck”, I don’t know how long that will actually last. However, when you are consistently working towards your goals and manifesting what you want into the air and achieve luck then I think it is something that can help push you to the next level because you have already put so much into it. I feel that everything I have achieved has come from hard work and pushing myself and was never just handed to me. 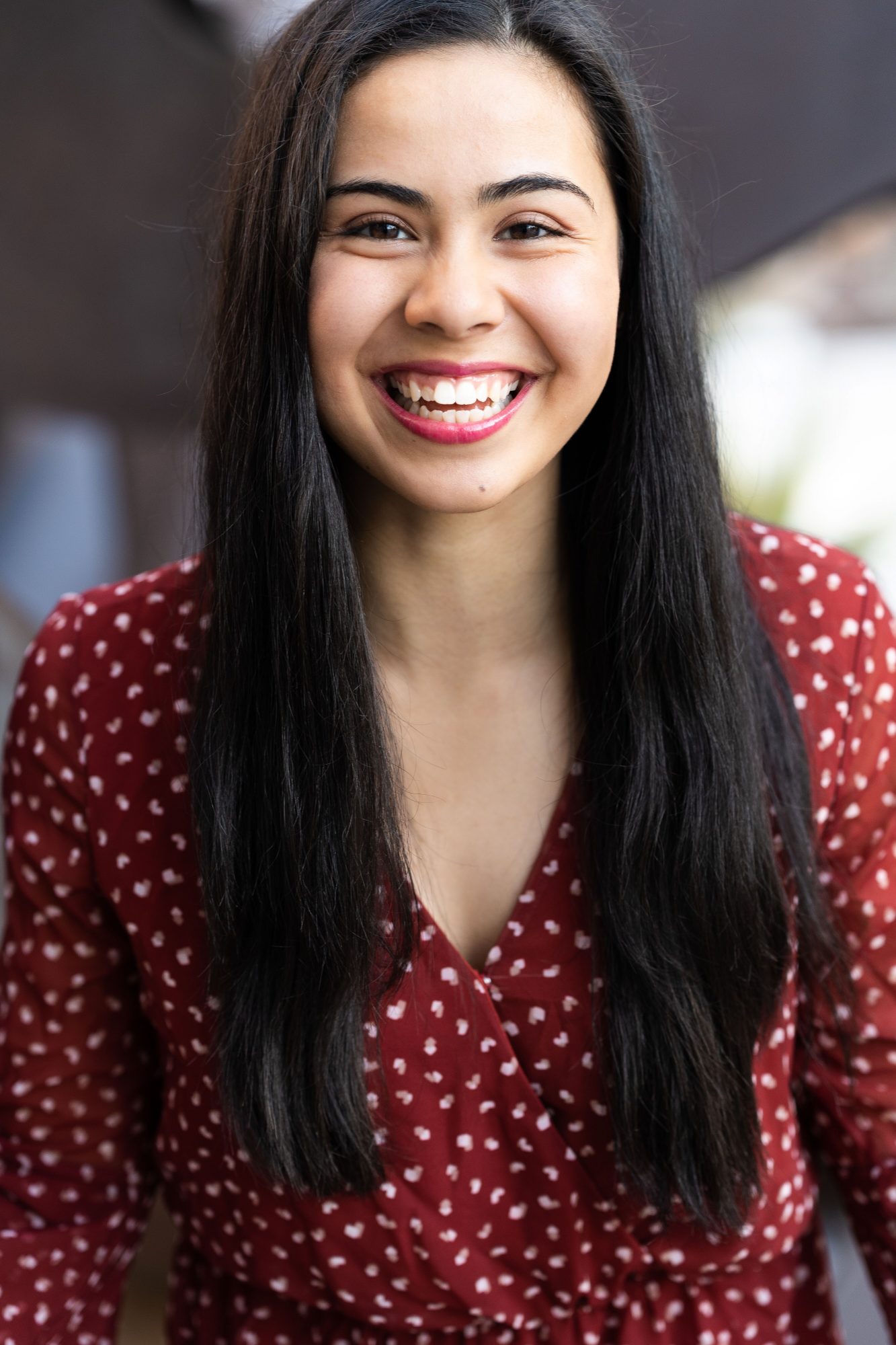 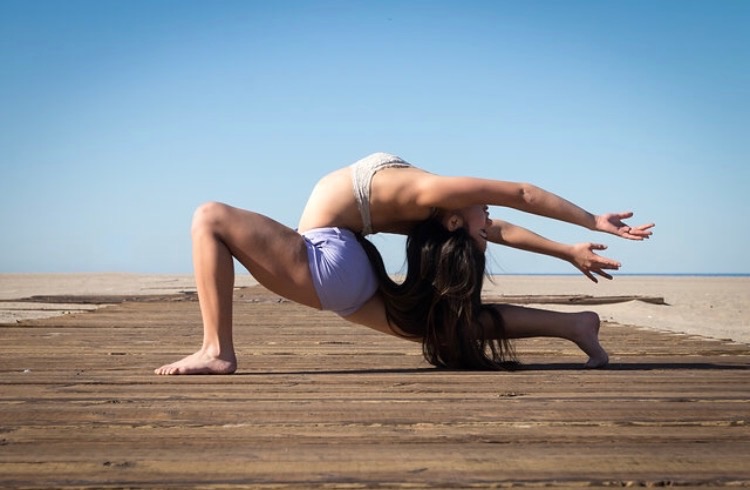 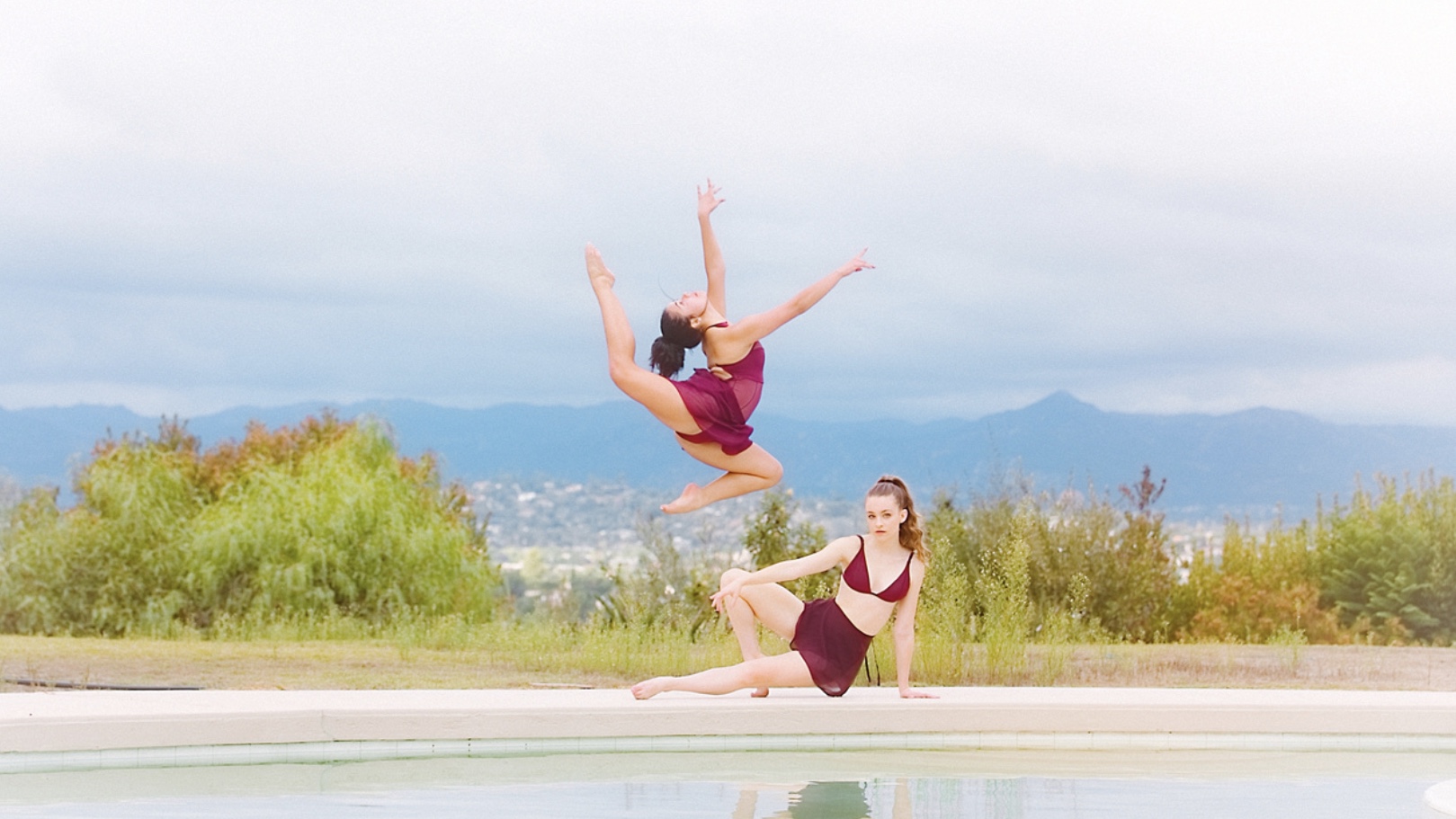 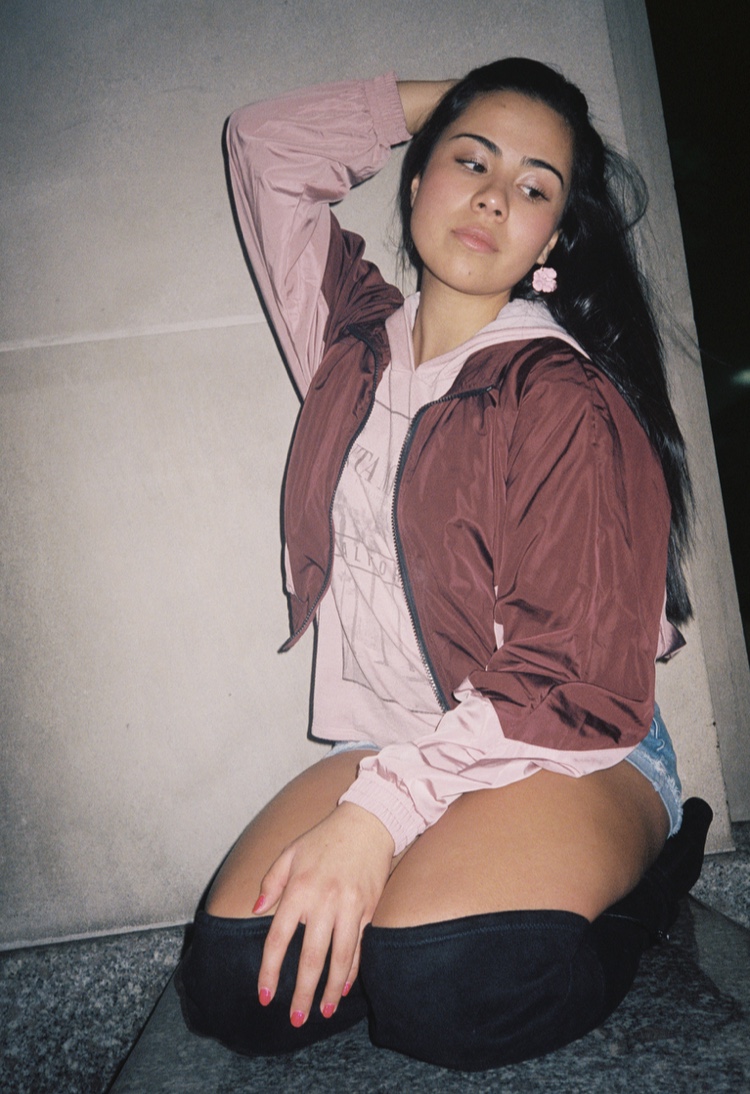 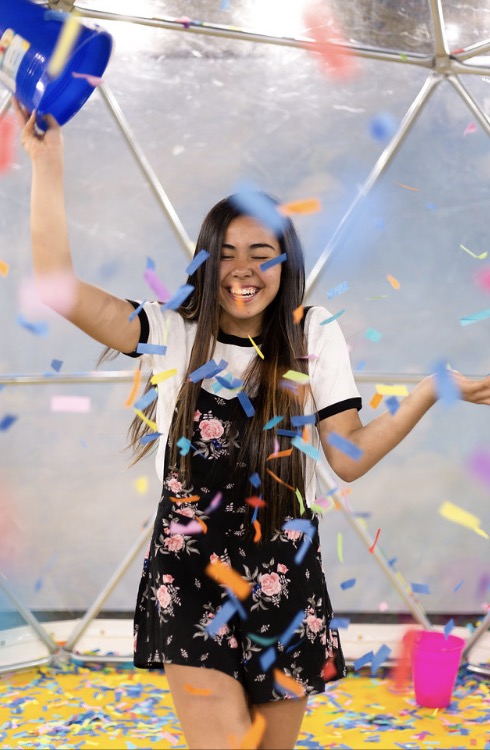 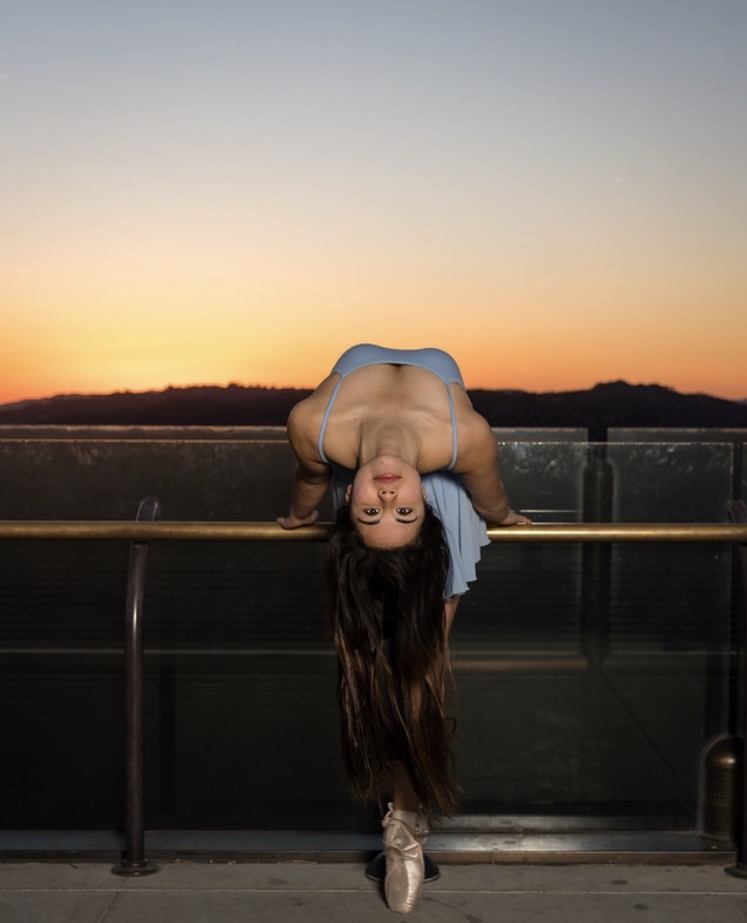 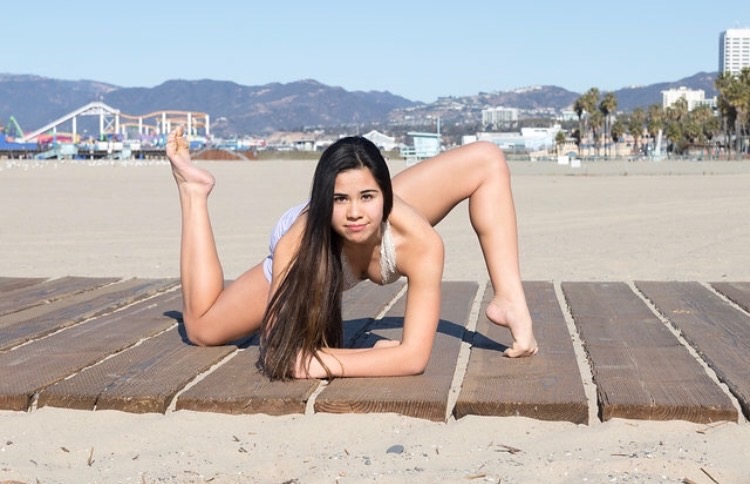 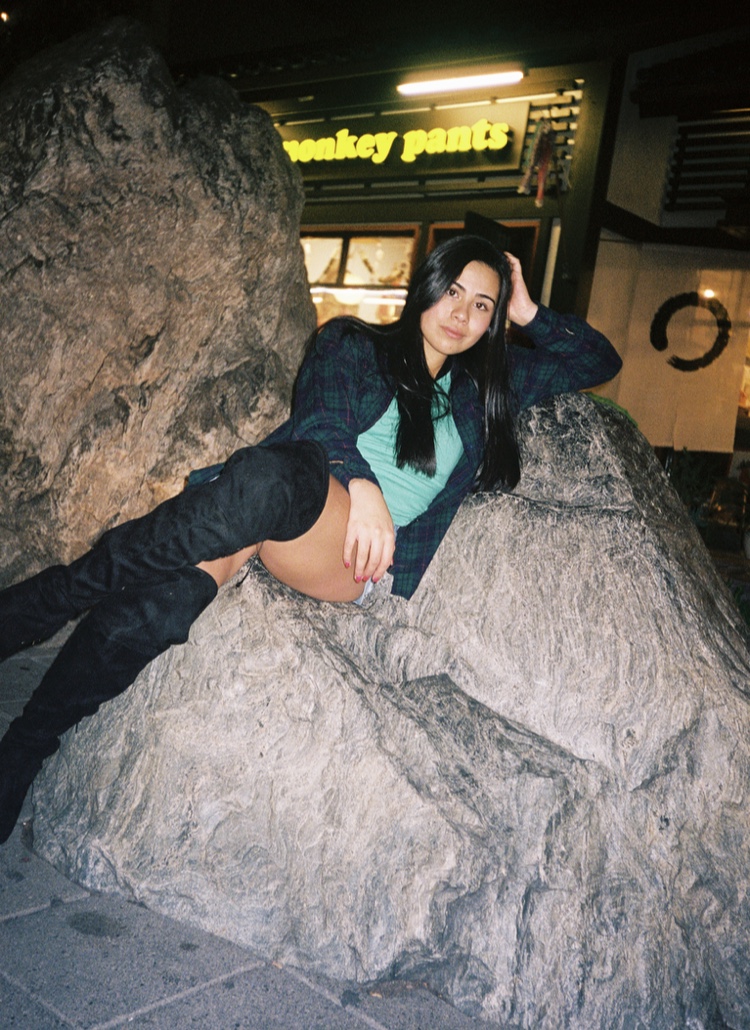