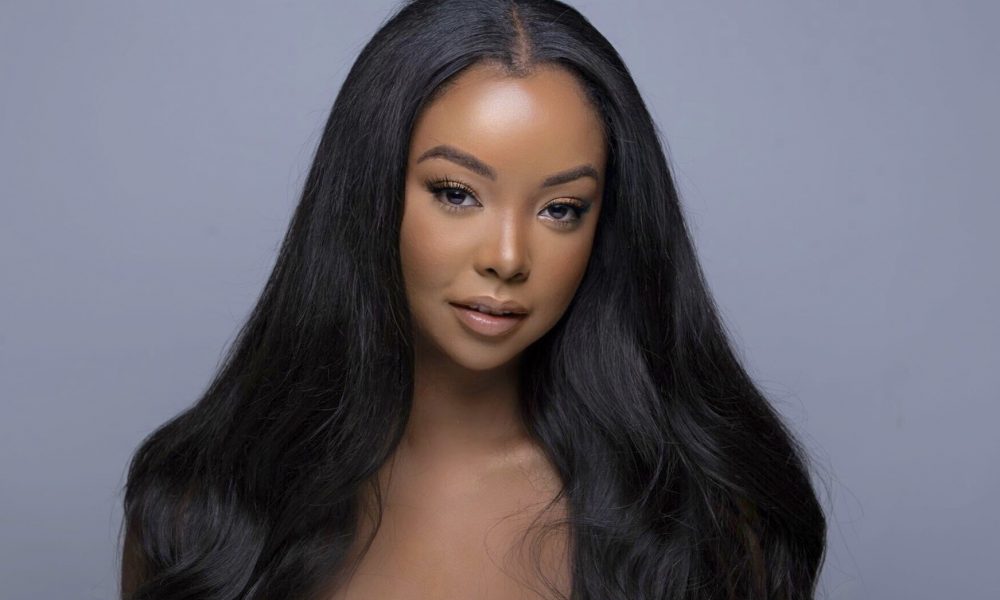 Today we’d like to introduce you to Katrina Jo Balbuena.

Born and raised in Fremont, California, Katrina Jo began modeling and dancing at the age of three. Over the course of the next fifteen years she trained in Ballet, Tap, Jazz, Pointe, Lyrical, Modern and Hip-Hop dance styles at a premier performing arts studio in Northern California. Her talent and abilities were quickly recognized, earning her national awards including “Ms. Teen Dance”, “Ms. Dance USA” in addition to several for her choreography.

In 2006, Katrina earned a spot with the San Diego Charger Girls where she performed for three seasons while serving as team captain and Pro Bowl nominee for two seasons. After relocating to Los Angeles in 2009, Katrina was selected as a member of the Los Angeles Clippers Spirit Dance Team where she would remain for four seasons – leading the team as one of their captains for two seasons. Simultaneously Katrina brought her skills to bear by choreographing for other southern California dance teams including the San Diego Charger Girls, Los Angeles Clippers Spirit, UCLA Dance Team, ULTRA Music Festival, Golden Hawks, UC Riverside Dance Team, Los Gatos Dance Company, Dana Hills High School in addition to countless dance studios. Her prowess and public profile made her a desirable judge for dance competitions such as the Pro Cheer Competition, Jam Fest Japan and MOVE Productions.

Sports and competitive dance aside, Katrina’s dance background has also made her a sought-after talent by many top performing artists and television studios. Having signed with Los Angeles based BLOC Dance Agency in 2004, she has been featured in a bevy of television shows, commercials and ad campaigns while also performing with the likes of Drake, Rihanna, GooGoo Dolls, Kaskade, T.I., Ludacris, Mariah Carey, Missy Elliot, The Pussycat Dolls and others. After increasing her public profile Katrina was able to successfully leverage her stunning African American and Filipino features for the face of an American Idol Campaign, ONZIE, FinishLine, Aldo, La Rue, NVR Strings, QVC, ArtistiCreation, Reebok, DNKY, NFL Style and various calendars throughout her career.

Outside of her extensive experience in the entertainment industry Katrina also wields a healthy entrepreneurial spirit. She is the owner of her own promotional model and dancer company called GlamGirlsLA which is a promotional model and dance company that mainly consists of Alumni NFL and NBA Dancers and is the Co-Founder of Women of POW – a networking organization which links top women of the industry to come together and empower one another. She is the Key Account Manager for Team Moët Hennessy Los Angeles where she facilitates celebrity outreach and brand events and is the Co-Host of the new podcast called FEDWORK which films out of Hartbeat Studios in Los Angeles. When she’s not helming these roles, Katrina Jo loves to give back to the community as she sits on the Board of SIPA (Search to Involve Pilipino Americans).

Overall, has it been relatively smooth? If not, what were some of the struggles along the way?
I wouldn’t say a smooth road. There’s always bumps and lessons along the way. I think one of the biggest things I used to struggle with in the past was balance. I used to overwork myself and take very little time for self-care or other passions. I realized that self-care was just as important as the work. Whether that was meditating, working out, taking a day off, getting enough sleep, etc. They all contributed to how successful I’d be at completing any goal.

Alright – so let’s talk business. What else should we know about you and your career so far?
I like to say I specialize in connecting the dots! Whether that’s for Moët Hennessy through the events and outreach I produce or for my own personal companies and passions.

GLAMGIRLSLA is my baby! I started GLAMGIRLSLA back in 2010 and I’m always looking for a way to keep the company fun and fresh. What sets us apart from the average promotional model/dancer company is majority of the girls come from an NBA or NFL dance team background so there is a level of professionalism and class that we provide.

Women of POW was founded by me and one of my good friends – Jenilee Reyes – where we wanted to change the conversation among women from competition to community. This organization is dear to my heart as I’ve been able to bring some many of my amazing friends together whether to build new friendships or new business relationships.

Currently, I think I’m most proud of my podcast FEDWORK which was created by me and one of my bestfriends – Sarah Grace. This podcast idea came from one of our group chats and we’ve literally built it from the ground up. What started out as a hobby, filming in a small podcast room – has now expanded to multiple podcast platforms, numerous guests and we’re now filming out of Hartbeat Studios. It’s been an amazing ride and I’ve very proud of what we’ve produced thus far.

Any shoutouts? Who else deserves credit in this story – who has played a meaningful role?
My mom has played a huge role in my success. She’s been my backbone from day one and I wouldn’t be where I am today without her. I’m also very blessed to have a very strong support system. My family and girlfriends are so dope! They are constantly motivating and inspiring me and whenever I get a little bit off track – they’re right there to push me and remind me of who I am along the way. 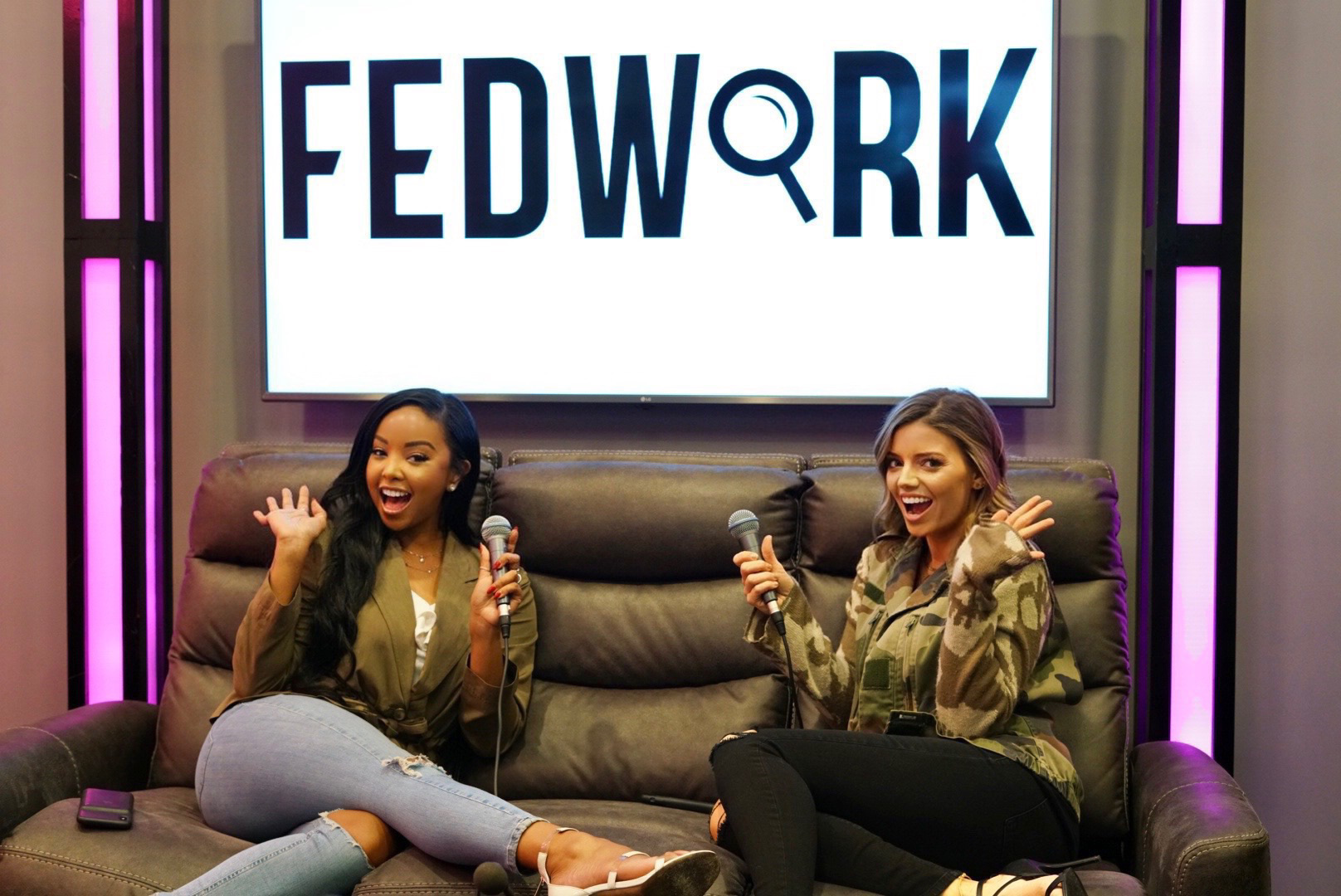 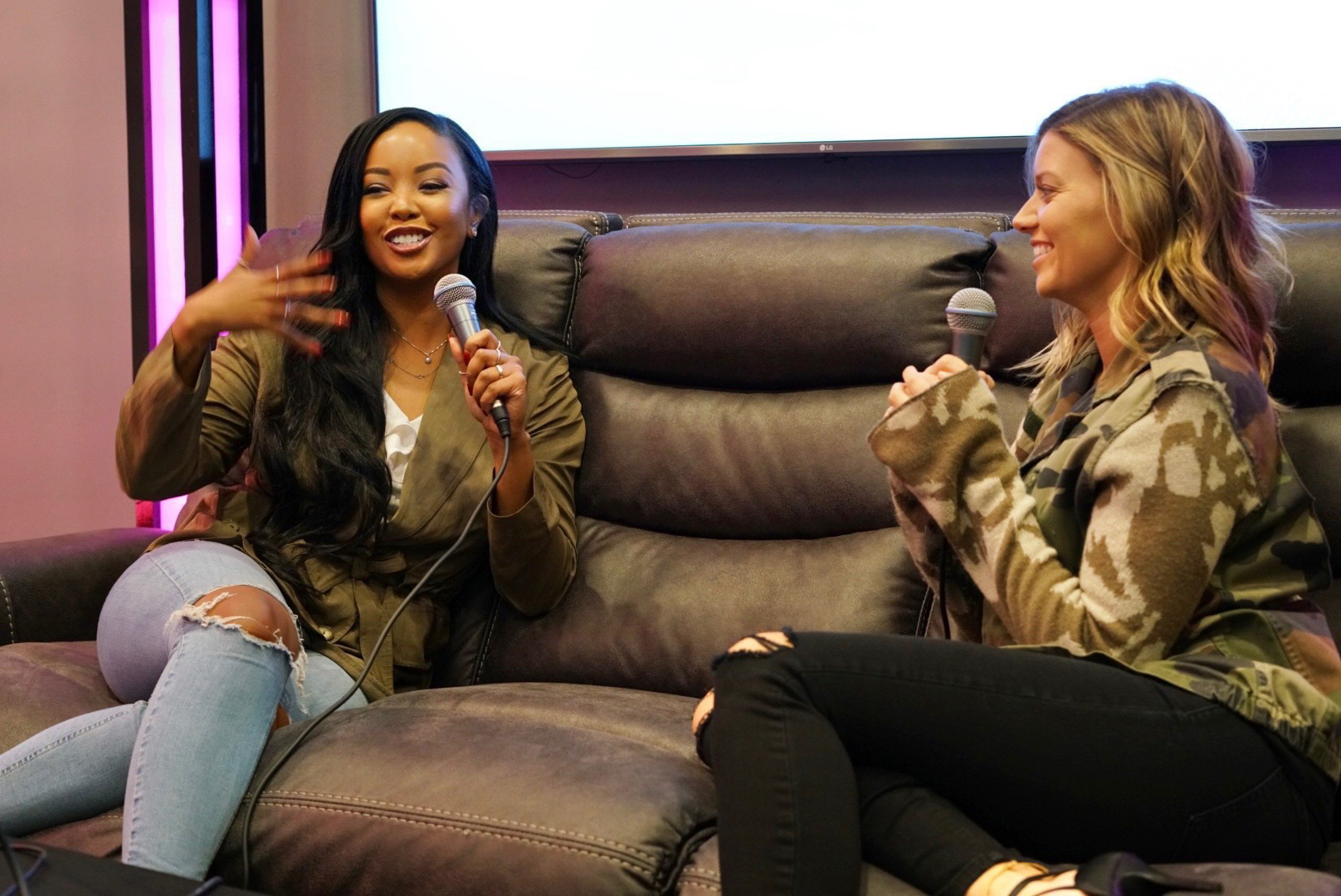 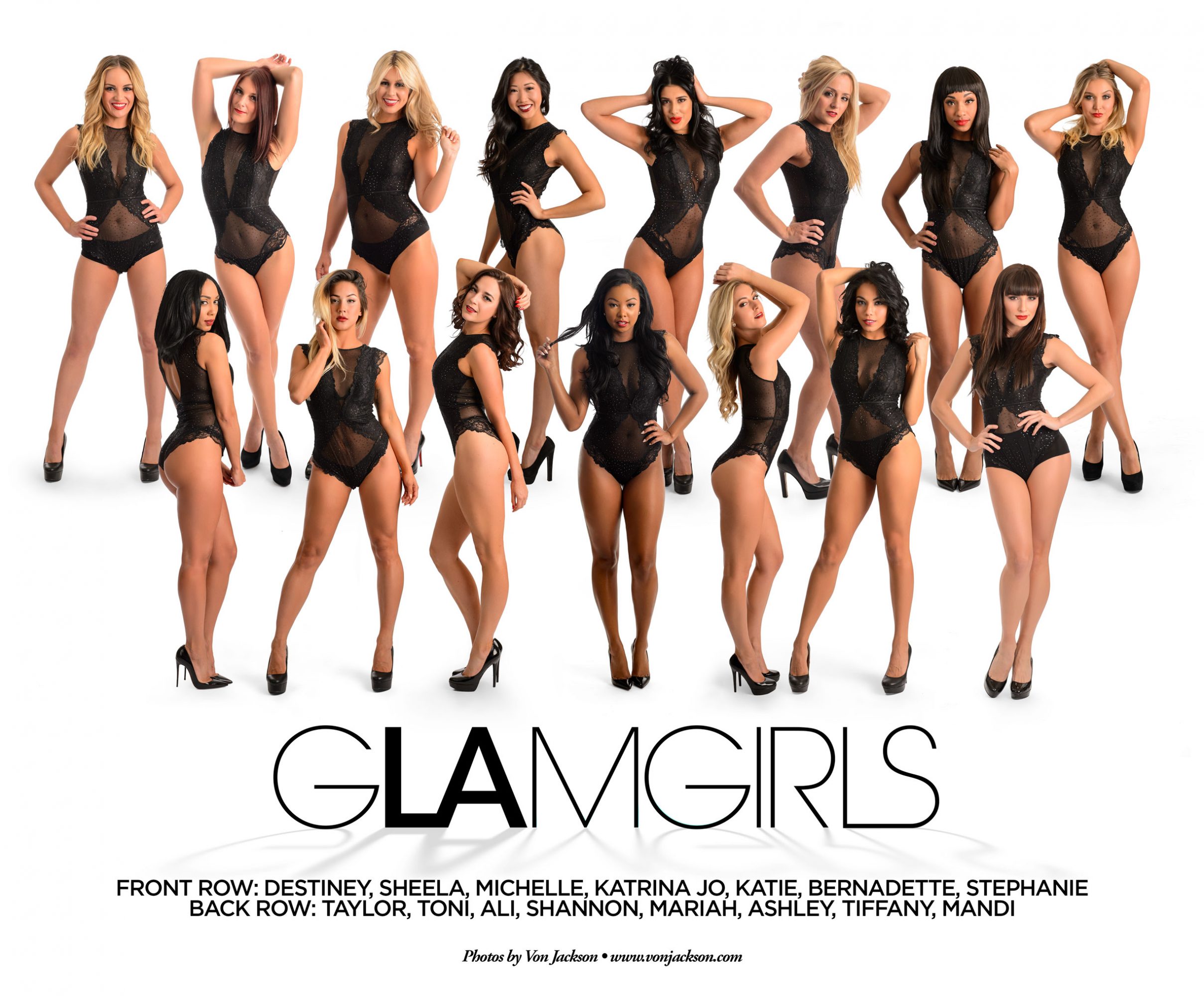 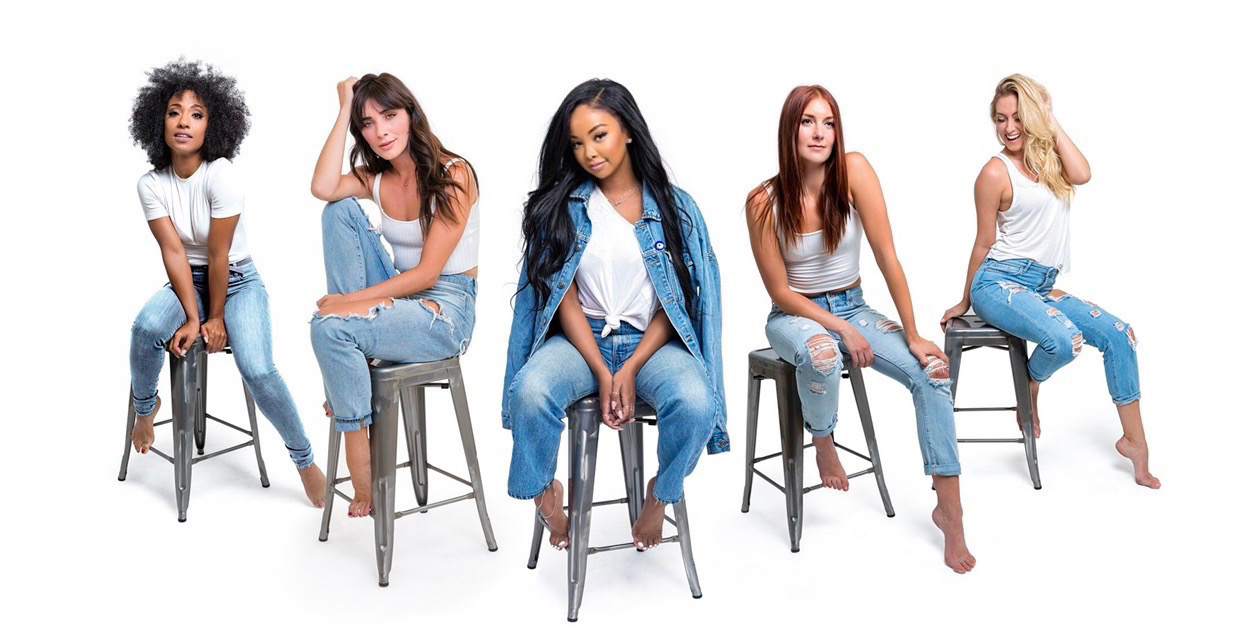 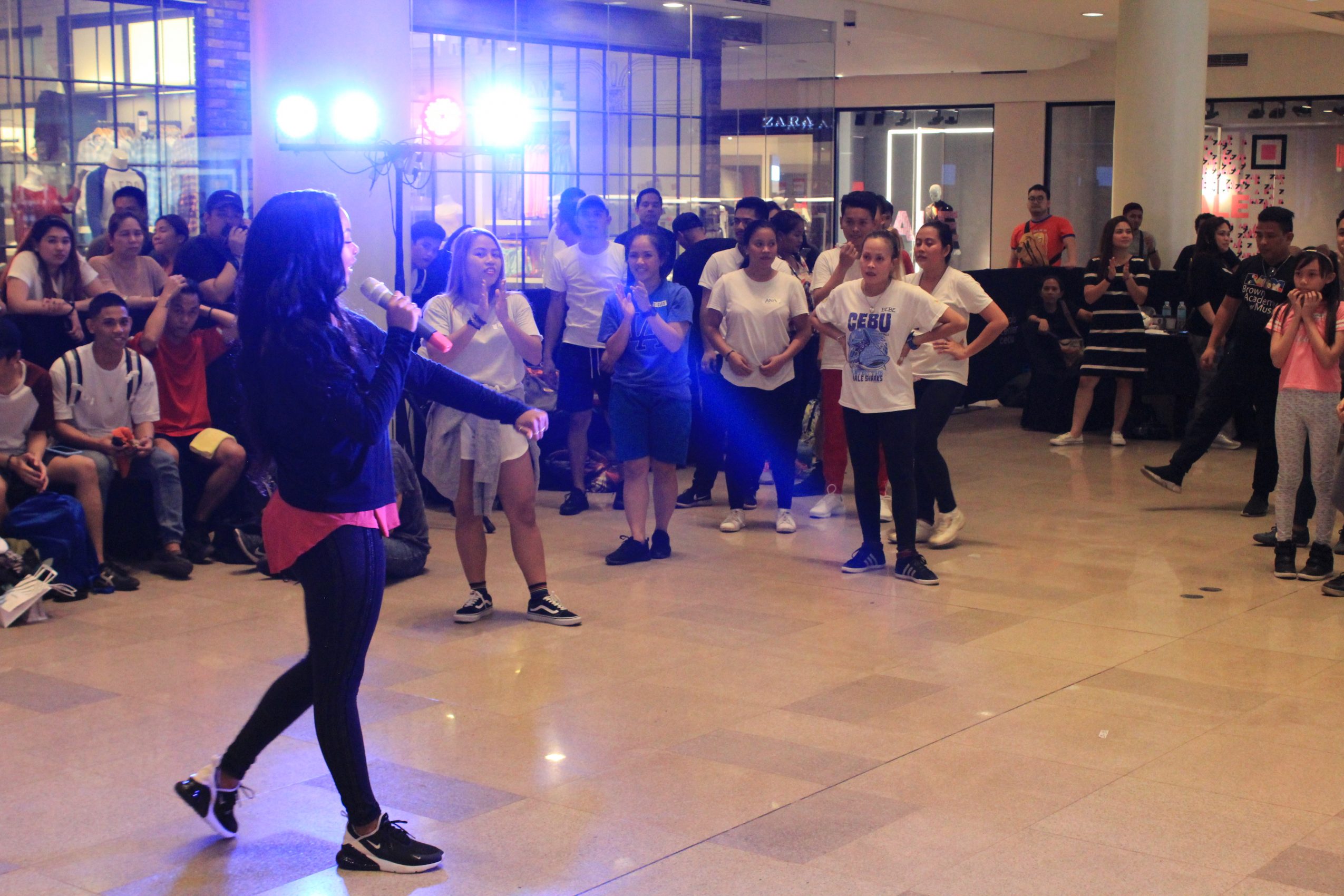 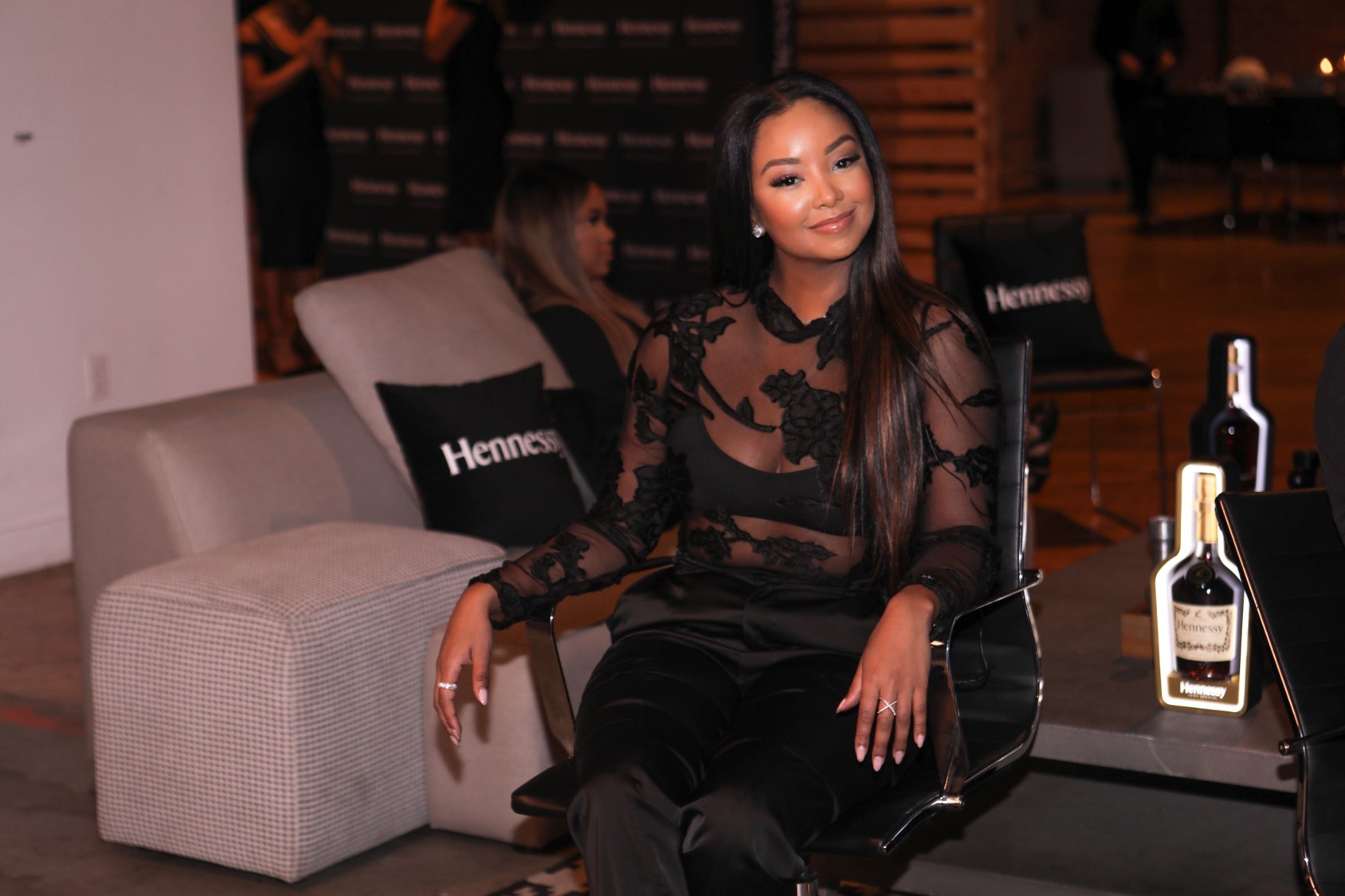