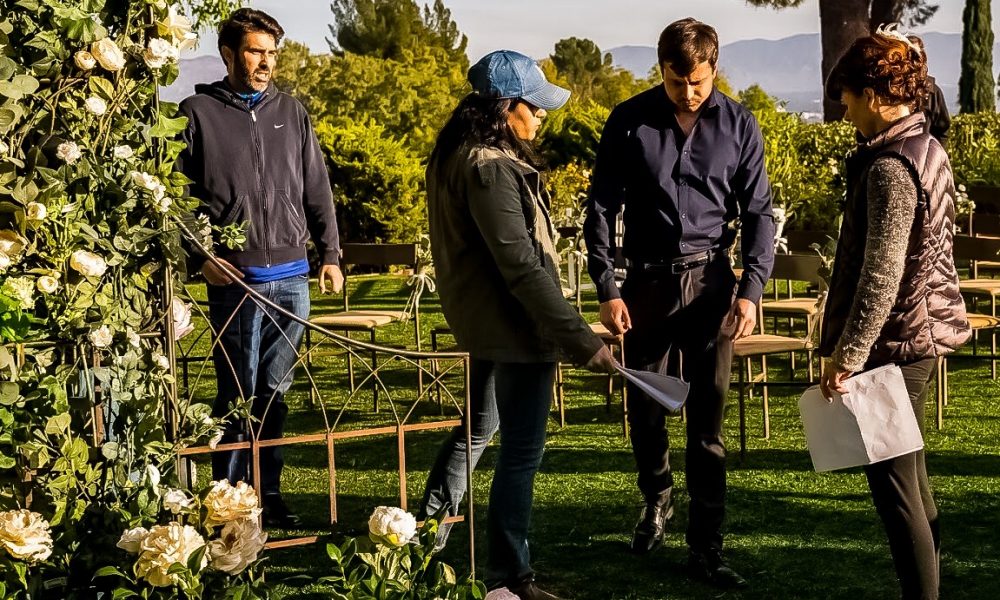 Today we’d like to introduce you to Katie Larsen.

Katie, let’s start with your story. We’d love to hear how you got started and how the journey has been so far.
For as long as I can remember, I was always telling stories, taking pictures and capturing the human condition all around me. I was born and raised in Salt Lake City, Utah and spent most of my childhood dreaming of all the places I would go, adventures that I would have, and stories I would tell. In high school, I had to have a brain and spine surgery, I spent two years mostly confined to my bed. Film and television provided an escape into amazing stories, different worlds, and other’s struggles and triumphs. It sparked a dream I didn’t really know was possible till then. I wanted to be a filmmaker. Just what every parent wants to hear right? Well, my mom being one of the most supportive people in the world didn’t even bat an eye. When I was deemed healthy enough to return to school, I had trouble feeling like I fit in anymore. I had missed two years of high school events and I was the sick girl. I felt alone in the sea of high school. On the way home from one of many doctor’s appointments, over the radio my mom and I heard of a new charter high school that had just opened that specialized in film making. My mom called and I was enrolled within a couple of days. My dreams of becoming a filmmaker suddenly felt possible.

My high school helped me get my first internship on a leg of the ‘Amazing Race’. Which led to a recommendation to work as a production assistant on a movie shooting in Utah. My hard work showed and I kept getting offers to work as a production assistant on projects, then being asked to Assistant Direct. All the while knowing that what I wanted to do was Direct, to be the one shepherding the stories to their final frame. I was eventually offered a job on a movie in LA. Barely 18 years old and 48 hours notice, I jumped in my car and came to California. I came and I stayed and I kept busy working for three years. When a family death made me reevaluate my life. I took a step back from the film industry and decided I needed to go to college, so I moved to Chicago. Spent time going to school, learned that school was not for me, didn’t finish college and moved back to Los Angeles. Because my heart was in film making and California.

I came back to Los Angeles in 2012 and I had a renewed drive to get behind the Directing wheel. However, I had to start from the bottom again. I took production assistant jobs to survive day played on show after show. My goal was to cross the line from the production side to the creative side. Day playing allowed me to create new relationships and learn from a variety of Directors. There were days when I was on a deep lock up I would notate all the shots, and coverage choices the directors were making. I learned so much even on the worst days of being a production assistant.

At that point, I was working to survive, but still in a way not following my dream. One of the shows that I day played on, Scandal. Offered me an office PA position. Which was a nice change from being on my feet and beating up my body all day. In that environment, I was able to transition into assisting the Executive Producer, Director of Scandal Tom Verica. This was a real turning point. I was able to learn from so many amazing directors, through multiple seasons of the show. The time spent there was the best education I could have ever received. Tom was the kind of boss who was not just a boss but a mentor. Tom is the kind of person who is a genuine teacher. He encouraged me to make my first short film to take the risk on myself.

So, I did. I Produced, Directed, and wrote my first short film, ‘Loophole’ with the help of some of my best friends, who are talented producers, and my family. I learned so much from that experience. Not only about film making but about myself. I knew I wanted to Direct more than ever and have been working toward that goal since.

Overall, has it been relatively smooth? If not, what were some of the struggles along the way?
It definitely hasn’t been a smooth road, at points I’m sure I was even going the wrong direction. I have lots of horror stories from being on set, but also some amazing tales. Everyday making a movie or tv show brings challenges in every role on set.

We’d love to hear more about your work and what you are currently focused on. What else should we know?
I am Director/ Producer/Writer. I work with various production companies and producers to make projects. I am proud of producing multiple projects with multiple friends. I am proud of all the projects I have worked on for different reasons. I have learned so much from every day on set. From low budget indie shorts to million dollar episodes of television, I am proud I made it through the hard days and revived by the best ones.

Except… I know the combination of experience, determination, vision, goals, and all the friends and family in my life set me apart from the others. I have a unique voice and passion for learning, exploring and sharing stories. I continue to learn and explore those parts of my life to tell better stories, so maybe one day I can provide an escape through stories for another young girl trapped in her bed.

Any shoutouts? Who else deserves credit in this story – who has played a meaningful role?
There are so many people that deserve credit along the road. First and foremost my mom, who has always supported every dream and never told me I couldn’t do it. My dad, and family who have always believed in me. My Producing partner Justin Kleiman, who was the first person to say. ‘Let’s make it’ no hesitation. Justin is an excellent producer on the rise. He knows how to pull together the best team to make a project come to life. Johnny Healy is also someone I need to mention as he has brought me on multiple projects because he believes and trusts in my vision for a great story. Someone who has been a great mentor to me as well is Tom Verica, who has always been generous with his knowledge and time teaching me valuable lessons of Directing, and leadership. 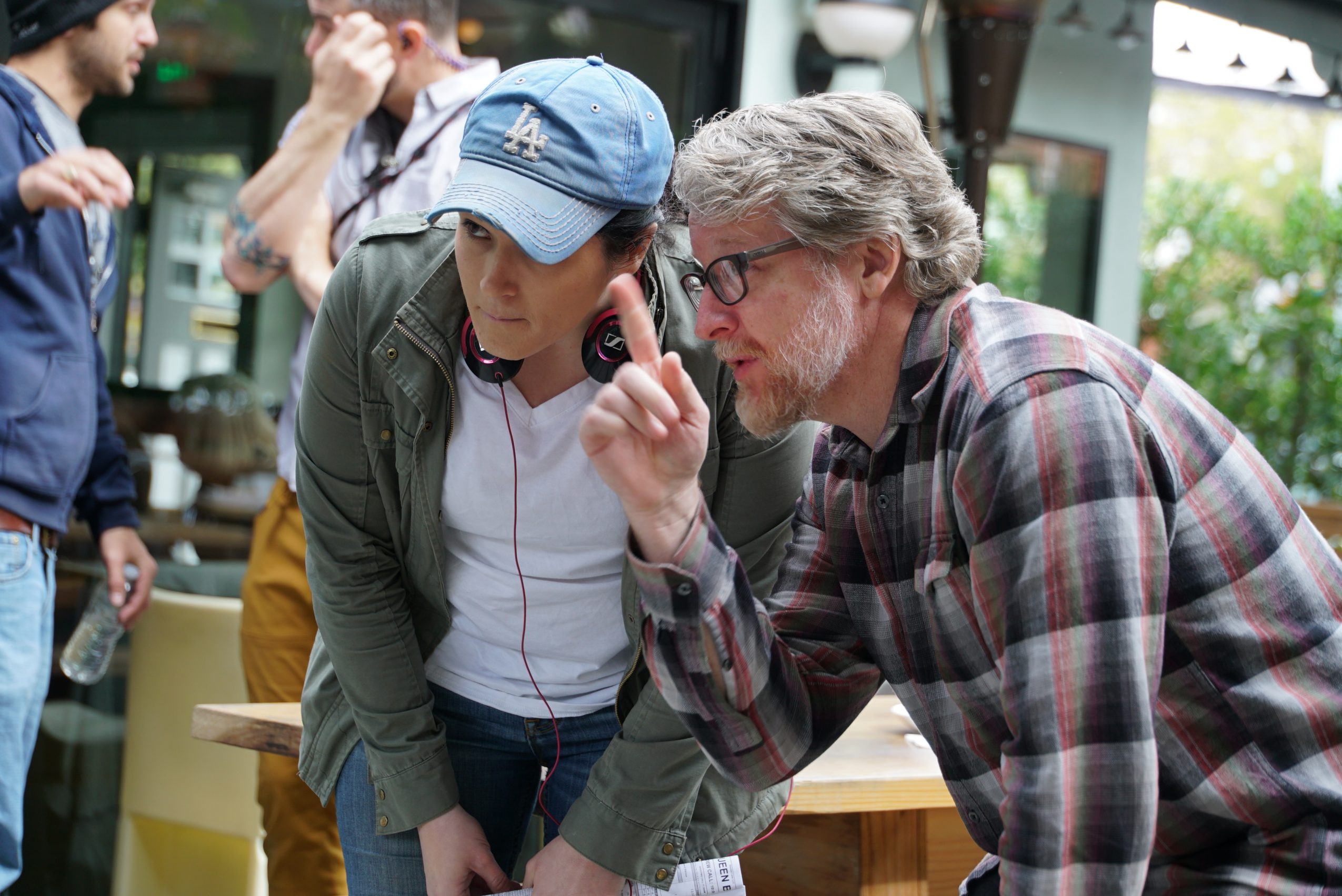 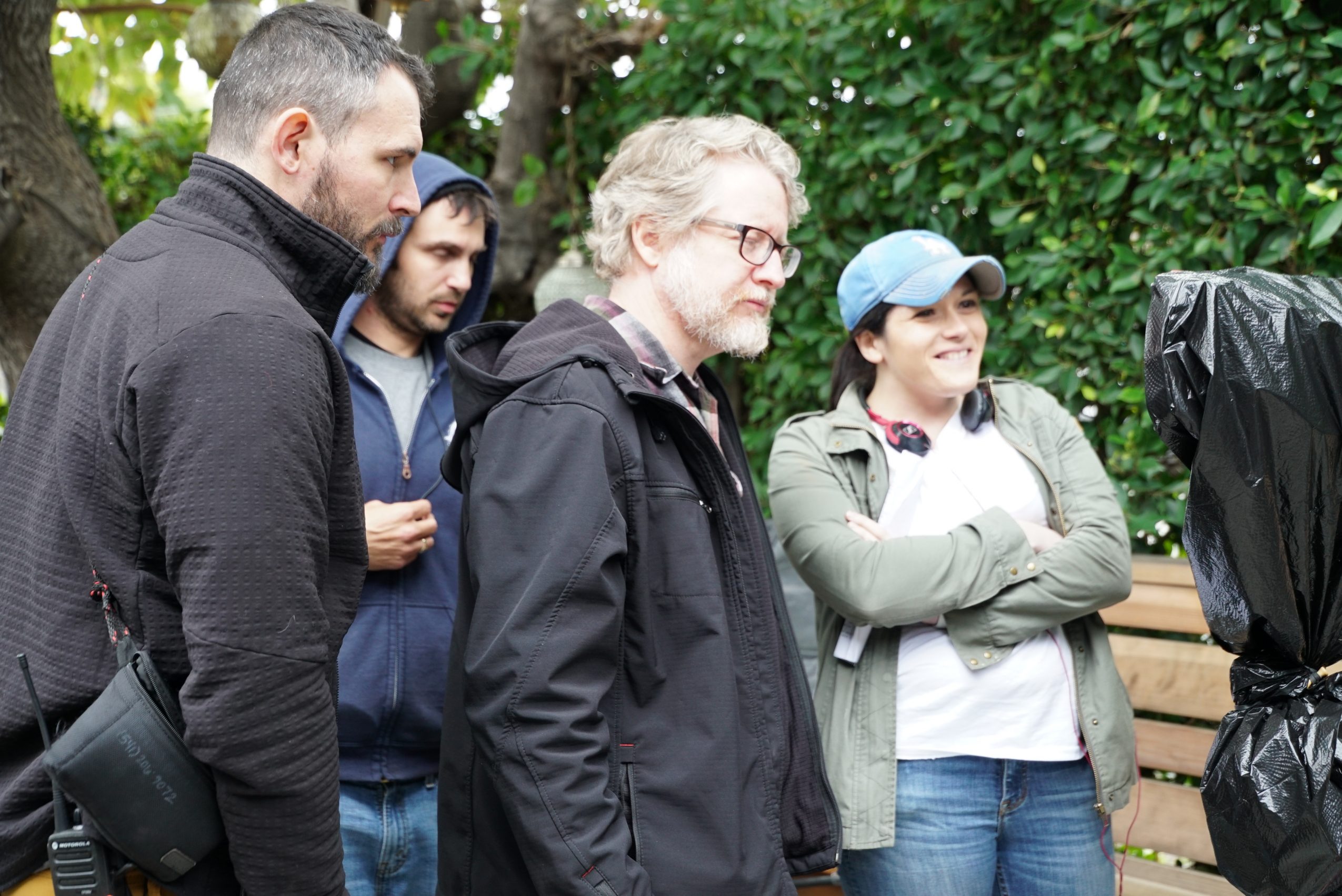 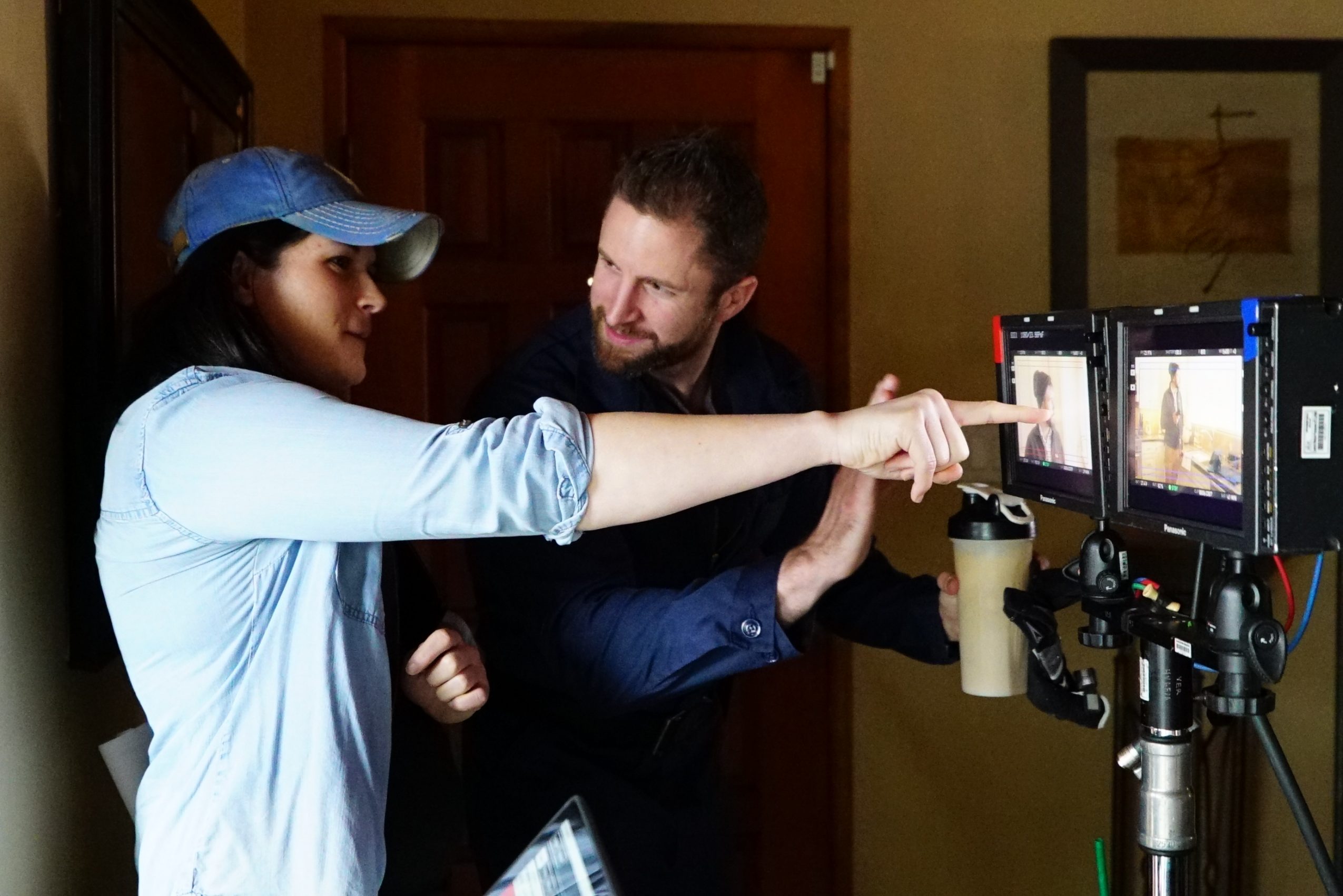 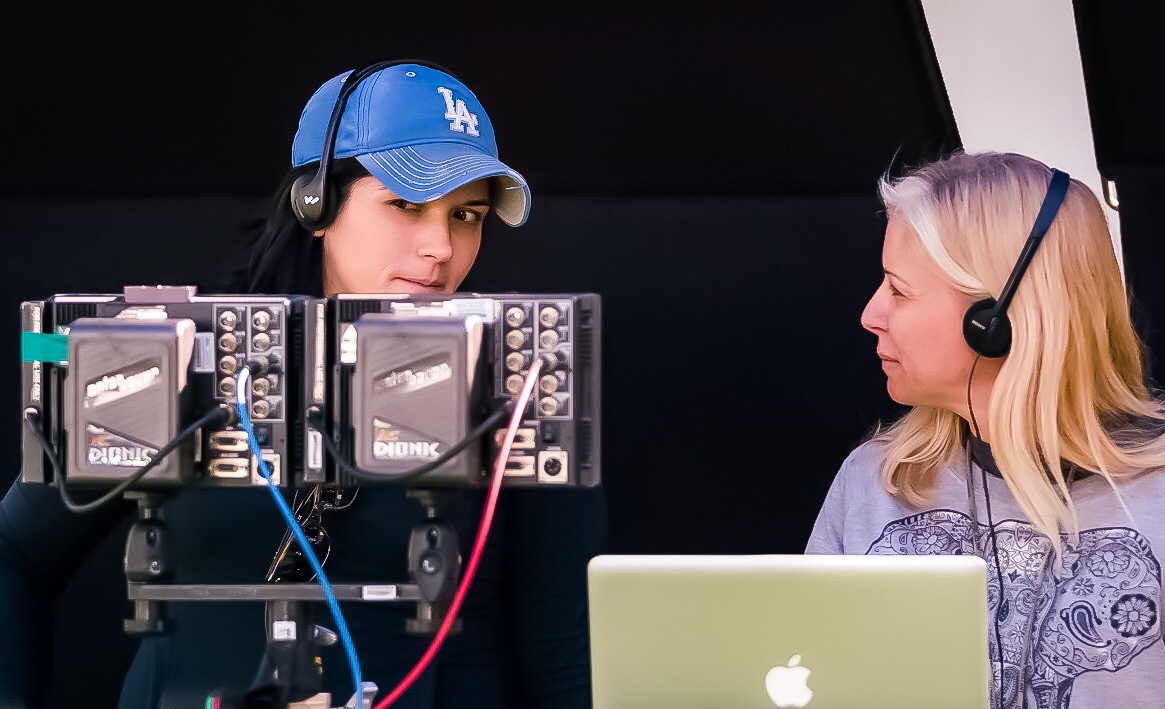 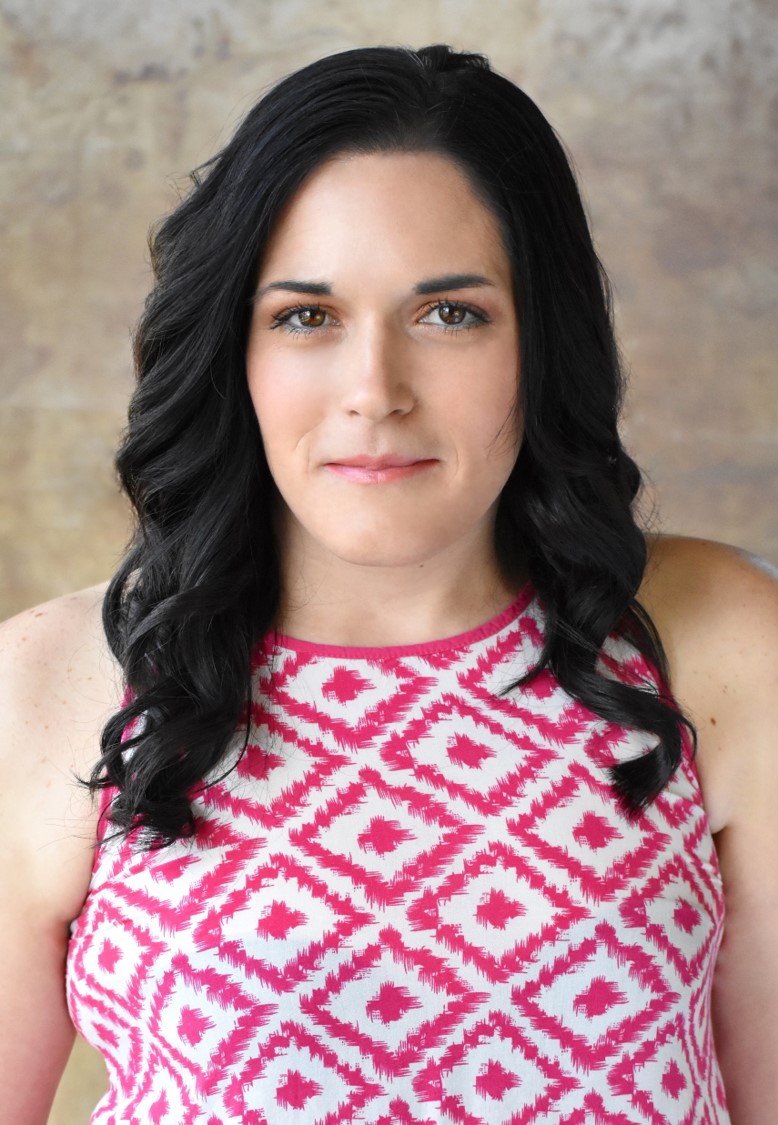