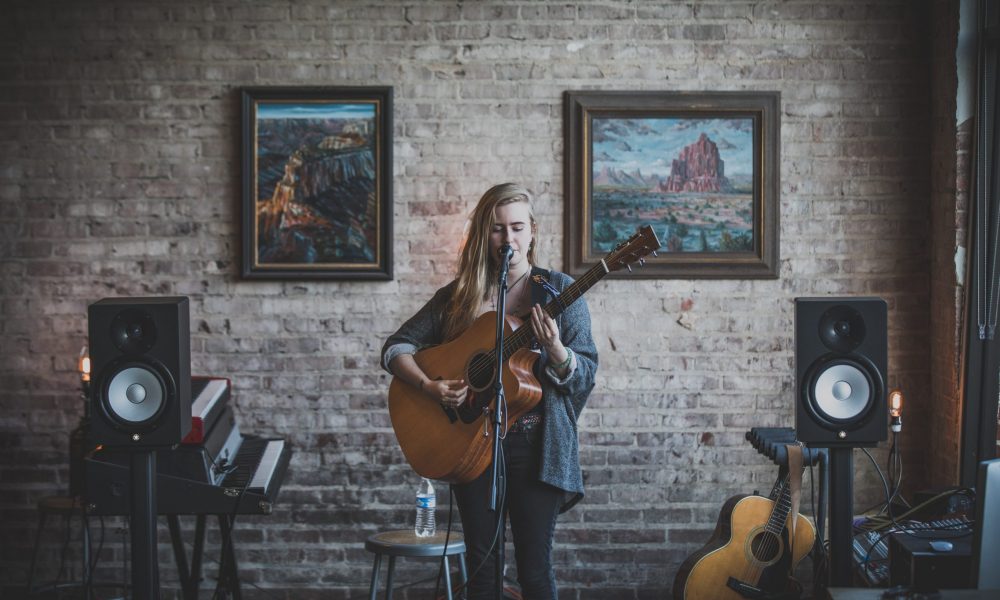 Today we’d like to introduce you to Katie Buxton.

So, before we jump into specific questions about the business, why don’t you give us some details about you and your story.
I’m a singer/songwriter and music has been a part of my life forever. I started singing before I could talk – my mom tells me I would hum in the car before I could form words – and started playing guitar at ten, then wrote my first song at 12 or 13. Throughout middle school and high school I took music lessons, was in after-school programs and bands with other kids my age, had a couple of songwriting mentors, and got to record in different studios, one being in Nashville, which was my introduction to the city. I also grew up with an intense passion for animals, especially farm animals; I rode and trained horses, showed dairy cows, and even had my own goat. I had the dream of one day having my own farm animal sanctuary as a grey-haired lady.

Once I graduated high school, I moved to Nashville and started school for music; the funny thing was I just figured I would end up doing something behind the scenes in the industry, but quickly discovered it wasn’t for me. It wasn’t until a moment on a trip to Ireland in the summer of 2015 that my purpose and true desire came down and landed on me like a ton of bricks and I realized that all I wanted to do was to be an artist. From that moment forward, I started pushing through the intense stage fright and other fears that had been holding me back and immediately started promoting myself, writing, recording, releasing music, and booking shows.

During those three years in Nashville, I recorded and released an EP and an album, placed as a finalist in an ASCAP writer’s showcase, placed in some songwriting contests, played close to 100 shows and started touring, opened for artists like John Paul White of The Civil Wars, Lewis Watson, and #1 writer Natalie Hemby and played festivals with Trevor Hall, Mike Love, and Dwight Yoakam, performed a live set on Nashville’s most popular radio station and had a song of mine aired on there a couple of times, worked with some of the best songwriters in the world and collaborated with great artists – so I had a lot of amazing experiences!

An interesting phenomenon I encountered was that I met several people in the industry that wanted to help, but since I wasn’t country, they didn’t know what to do with me – so it only went so far. January of 2018, a close friend of mine moved to LA and asked me to make the drive from Nashville with her. I only stayed in LA a couple of days, but something in me shifted, and it was the first time I thought about being somewhere different. The previous nine months or so had become very stagnant music-wise, and also personally – I didn’t feel like I was growing anymore.

So at the end of April 2018, I packed up my Subaru, said goodbye to the community I had worked so hard to cultivate, and started the solo drive to California, being lead purely by the desire to grow and an intuitive pull. I arrived in LA in early May, and man, the summer was a ride. I made the decision to quit school, I slept on floors and couches and went through the hell that was finding a place to live, had several breakdowns, tried to find friends, and let go of who I thought I was. The thing I quickly learned about LA is that it is a massive energy vortex – there is no ceiling here.

You are able to become your highest self, and who you are meant to be, and if you surrender to that and keep your focus on what you truly desire on a soul level, this place will strip away anything keeping you from your truest essence – that’s why this city can feel so hard. I have grown more in the past nine months than at any other time in my life. Honesty, authenticity, and vulnerability are what I’ve always been about as an artist and a person, and each song I write holds deep intention; but even so, for the last few years I had been pushing so hard to try and gain success as an artist, that my motivation became totally ego-based and I was never satisfied with where I was – I was always just reaching for the next thing.

Once I got to LA, I was burned out and tired of all of it, and that was when I experienced the most beautiful shift. I traded pushing and force for surrender and allowance; for the first time I was able to come back to the love; I was writing more than I ever have from this space of infinite creativity because I just loved it. It felt like heaven, finally feeling what it was like to be happy and blissful with where I already was. It was in those moments that I had a vision that played in my head over and over; in it, I was playing music to a cow. It made me so happy to think about, and it was the first time in years I had a music-related goal that I wanted so badly not because of what I could get, but because it just made me excited. The simplest thing, right? And yet it made so much sense for me!

In August, I started volunteering at The Gentle Barn, a farm animal sanctuary in Santa Clarita. There is a chicken named Peggy there who is handicapped and can only use one of her legs. Because of this she gets bullied by the other chickens and has to be supervised 24/7 by people, so volunteers take shifts babysitting her. I had my first shift with her one day and brought my guitar with me; it turns out she absolutely loved it. I sat and wrote a song with her, took a video, and shared it on Instagram. People couldn’t believe how she responded and were so amazed at her expressions! Since then I’ve been trying to play for the animals as much as I can.

I’ve learned that the birds – the chickens and turkeys – seem to be the most into it and they seriously love it! It’s been the most beautiful thing to connect with them in this way, but also share their responses and see how it touches people too. They say music is a universal thing and it’s absolutely true! Recently, I’ve been writing a lot and have a bunch of songs I’m so excited to record and release. I’m playing shows around the LA area, am continuing to sing for farm animals, and am trying to get involved with the LA community as much as possible.

Since I got here I’ve had the pleasure of playing a couple of yoga classes, playing some amazing events of all kinds, and collaborating with artists, I love and am trying to do more of all of it. I love collaborating with people and organizations that make me excited! Each day as I create, sing, and go about my life, I am lead by the deep desire to connect and to guide people back to their own truth and authenticity by living mine.

Has it been a smooth road?
My path has been full of ups and downs – some of the hardest have been the frustration, confusion, and discouragement that has come with spending years working so hard as an artist chasing success in the music industry and still not feeling heard.

That’s something I still struggle with, and I think a lot of musicians do. There’s a lot of self-doubts that comes with this too, and it can be rough!

We’d love to hear more about what you do.
I am an indie singer/songwriter with influences ranging from Maggie Rogers to Trevor Hall, to Allen Stone! My songs are centered around deep vulnerability, and my mission is to guide people back to their own authenticity through expressing my own. I’m passionate about connection through raw honesty and bringing to light all the things about our humanness that tie us together.

Let’s touch on your thoughts about our city – what do you like the most and the least?
I love LA because you can be whoever you’re meant to be! It truly feels like a place of infinite possibilities, and I have grown SO much here. There are incredible, incredible people here as well as so many opportunities of all kinds which I so appreciate.

As far as dislikes… I don’t like how long it can take to get places, how expensive gas and rent are, how little affordable housing there is (I guess that goes along with expenses), and how busy everyone is! 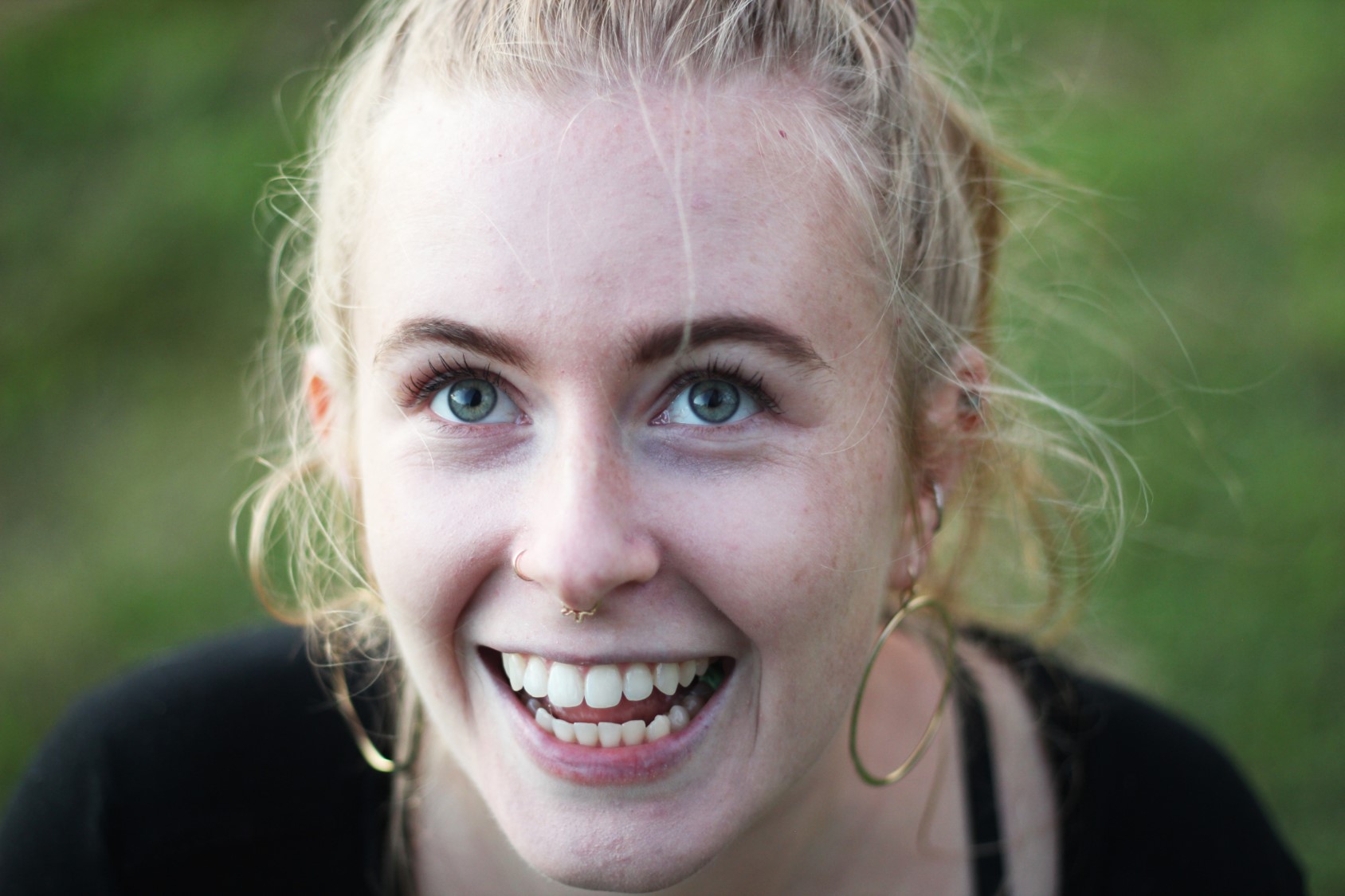 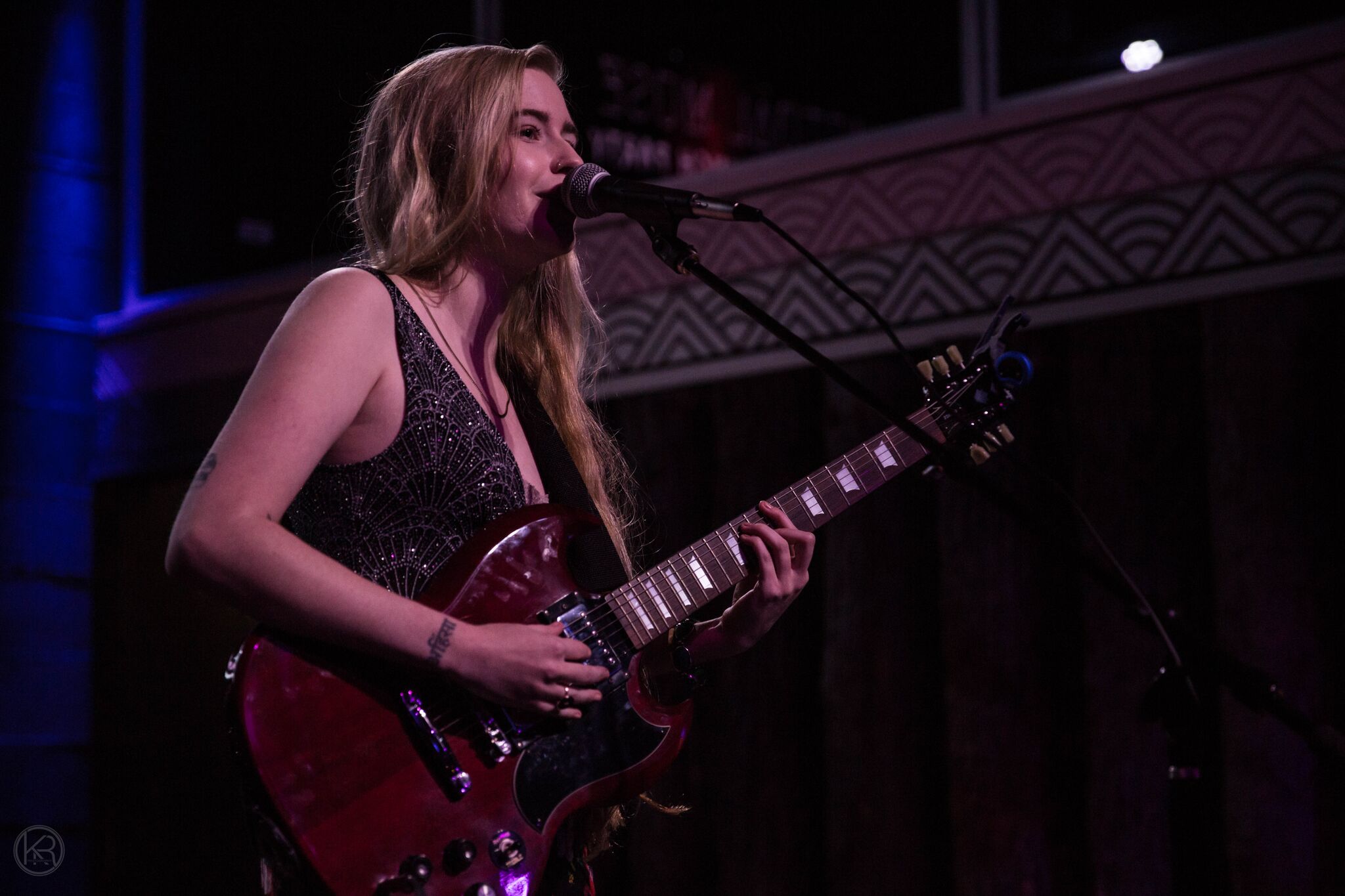 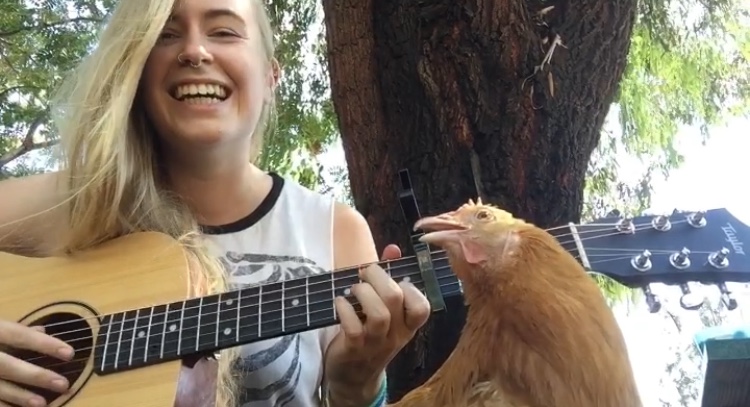 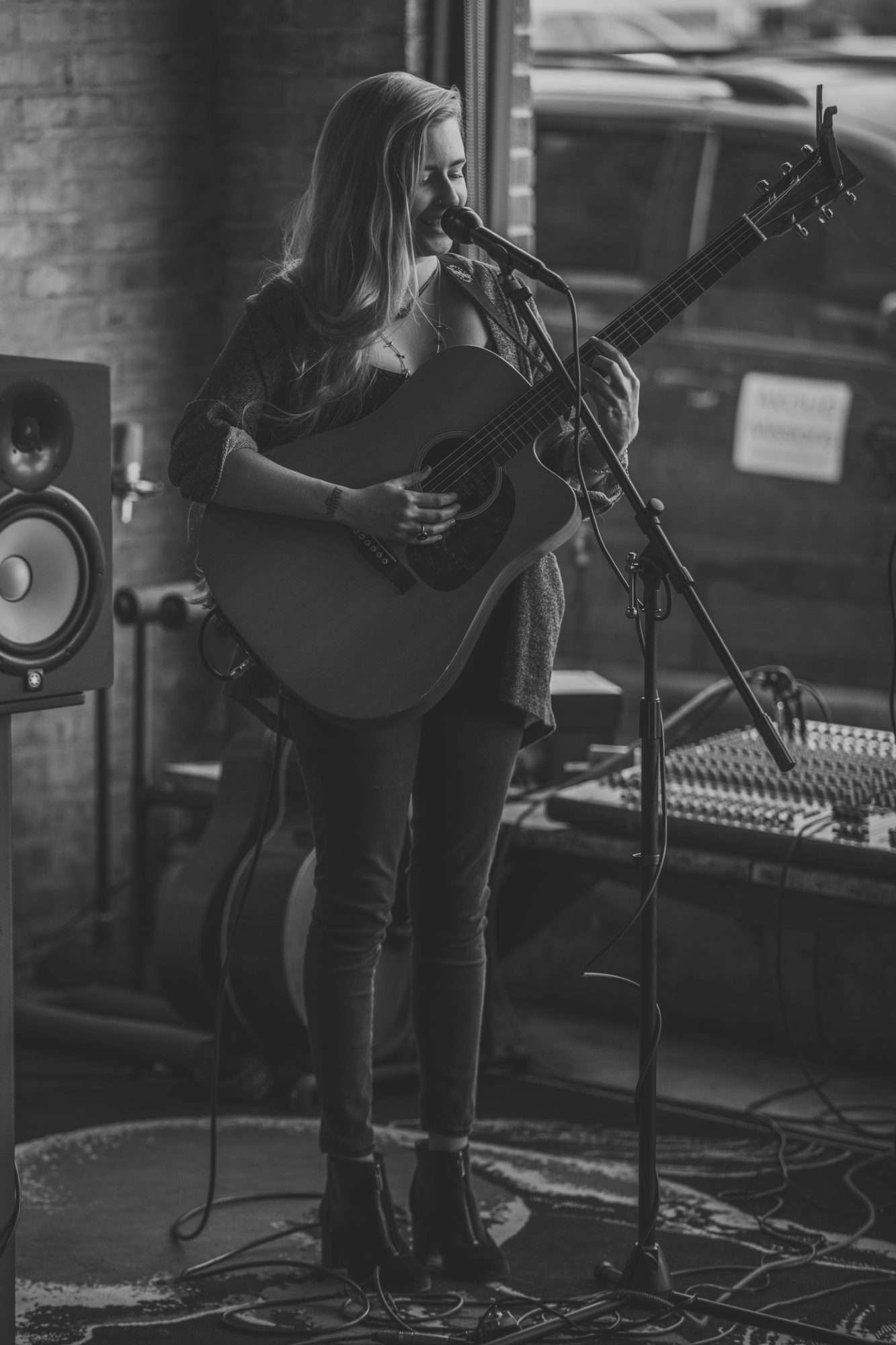 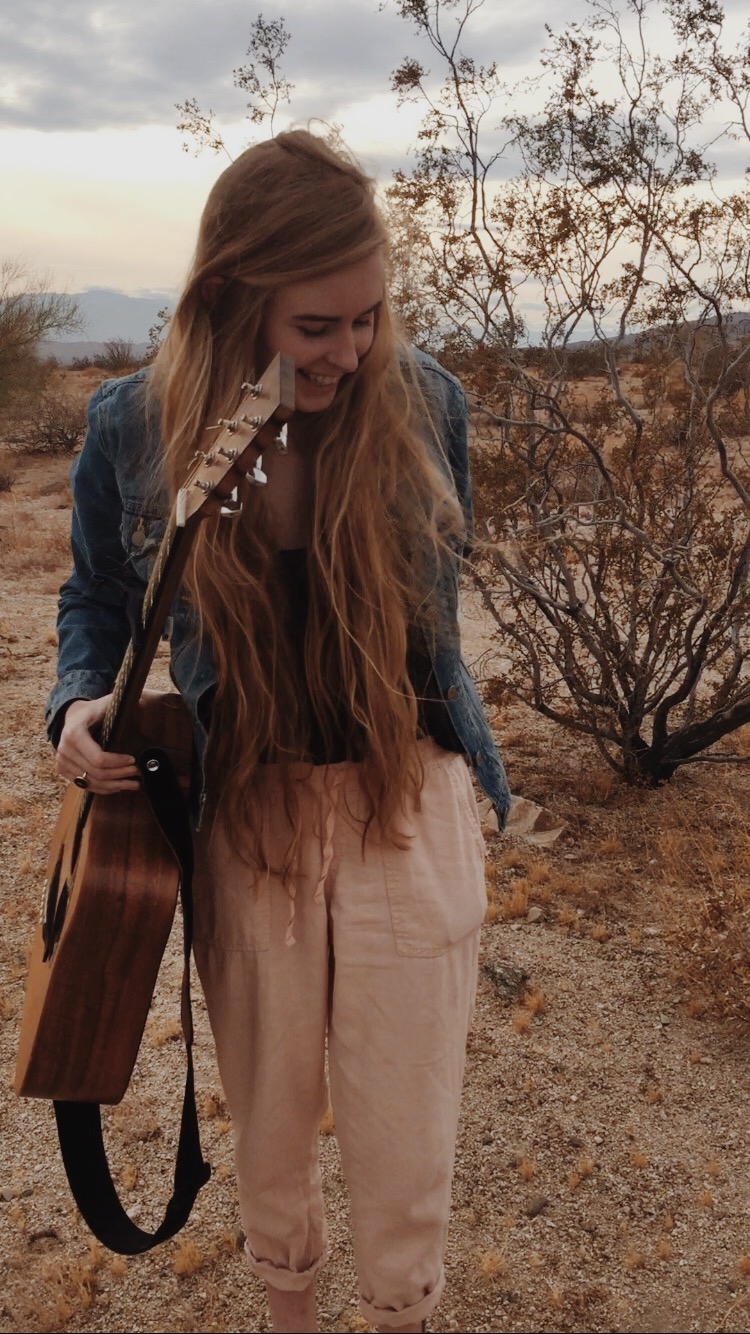 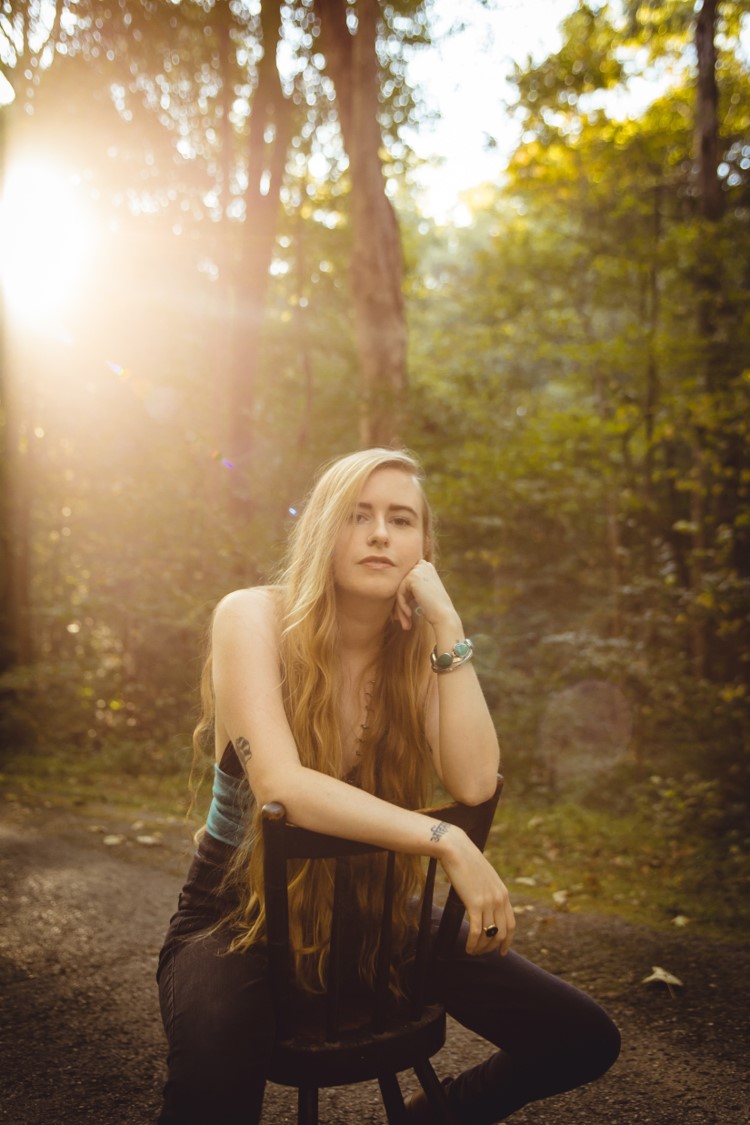 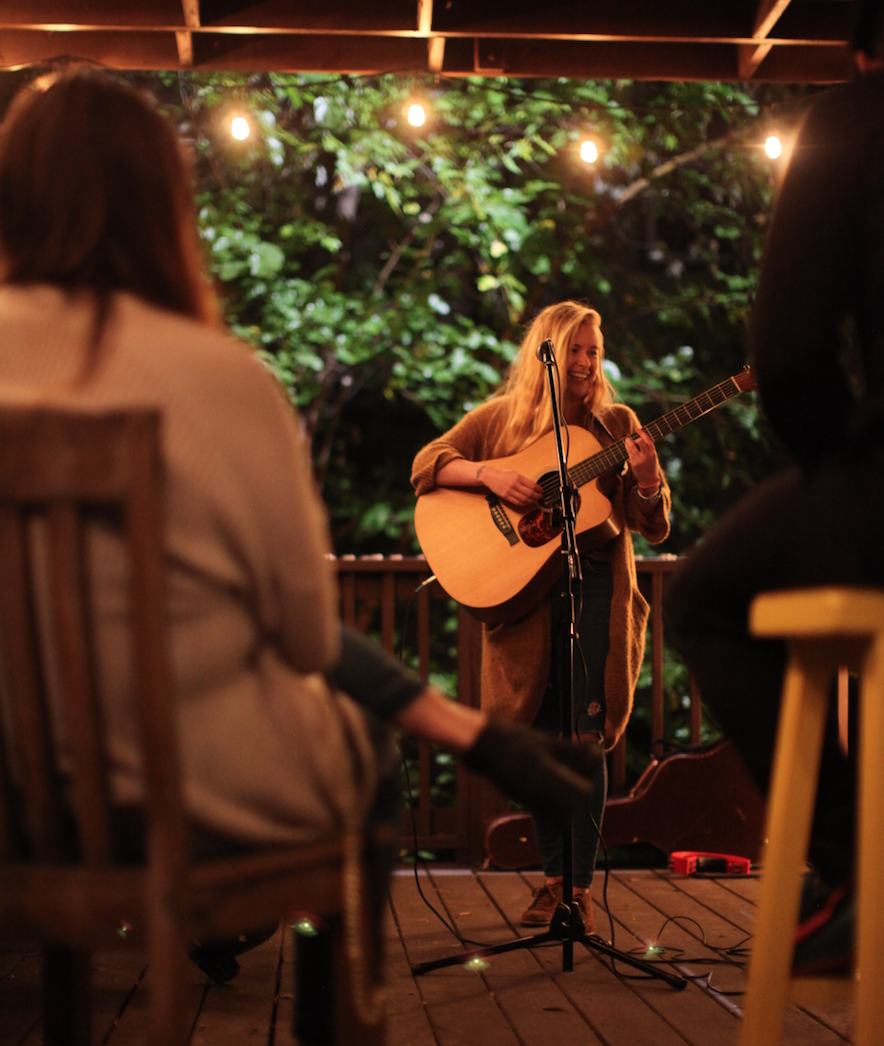