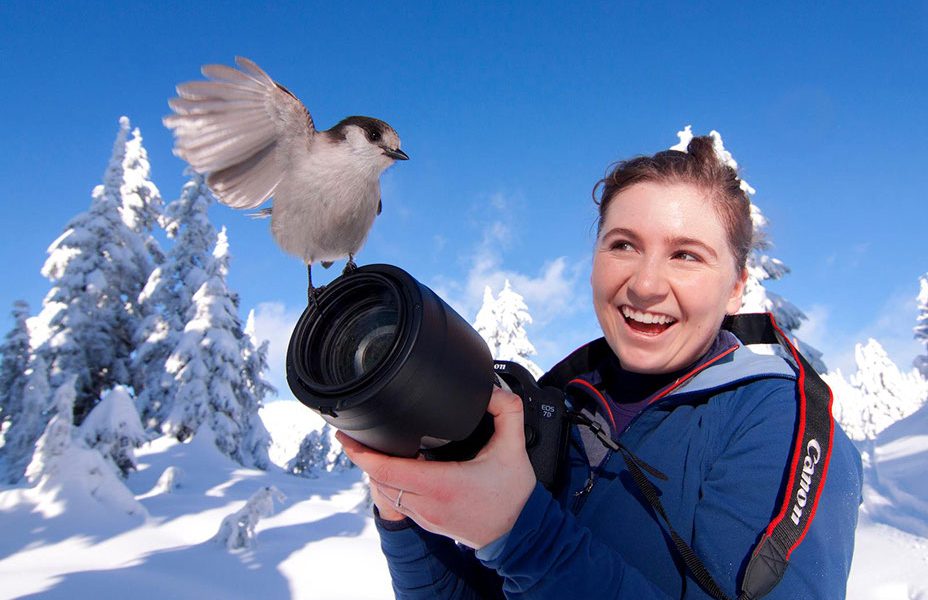 Today we’d like to introduce you to Kathryn Boyd-Batstone.

Kathryn, please share your story with us. How did you get to where you are today?
In a crusty old photo album tucked away at the back of a closet is a yellowing photo of me. I am squatting in the dirt wearing a red pajama onesie. In my hands, I point a Fisher toy camera at a flower with a look of utmost concentration. The year is 1995 and I am 2 ½ years old. Over the years, my camera became less of a toy and more of an extension of myself. At school, I became known as “the girl with the camera” and I wore the label with pride. My camera was my passport to understanding the world. At 16, when my grandmother’s Alzheimer’s dramatically worsened, photography became a way for me to defy the disease. With each picture, the weight of all the lost memories lifted slightly because the disease could not touch my camera. It couldn’t destroy or erase the stories told by each photo. Only I could do that.

Because of this experience, I learned from a young age the importance of imagery and the power of visuals. In college, I studied photojournalism at University of Oregon and went on to intern at the San Fransisco Chronicle, Oregon Public Broadcasting and participate in the News21 Fellowship. I fell in love with getting to know people through the lens of my camera and the look people got when they saw themselves in a new light, empowered and with a story worth telling. Photography also took me from to my hometown of Long Beach, CA to San Antonio, TX where I worked as a documentary filmmaker and photojournalist at a local paper called the Rivard Report. I was welcomed into the homes of so many incredible people, however I realized the reach of documentary films could only go so far. I decided to return home to California where I started working at Mitú as a video producer and enrolled at USC to pursue a masters degree at USC School of Film and Television.  I had a new goal, to learn how to tell these documentary stories in narrative form.

Because of this experience, I learned for a young age the importance of imagery and the power visuals can have. In college, I studied photojournalism at University of Oregon and went on to intern at the San Fransisco Chronicle, Oregon Public Broadcasting and participate in the News21 Fellowship. I feel in love with getting to know people through the lens of my camera and the feeling I felt when people saw themselves in a new light, empowered and with a story worth telling. Photography also took me from to my hometown of Long Beach, CA to San Antonio, TX where I worked as a documentary filmmaker and photojournalist at a local paper called the Rivard Report. I was welcomed into the homes of some many incredible people while there, however I realized the reach of documentary films could only go so far. I decided to return home to California where I began working at Mitú as a video producer and pursuing a masters degree at USC School of Film and Television to learn how to tell these documentary stories in narrative form.

Has it been a smooth road?
Since starting grad school and entering the film industry, I’m gaining more and more respect for the women who came before me and were resilient enough to make it in this industry. Currently, out of the 390 members in the American Society of Cinematographers, only 18 are women. Gaining respect on set while in a leadership role like Director of Photographer, gaffer, and even Director has been challenging and I’ve felt as though I have to prove myself. There have been multiple instances where my request for task to performed were ignored, my lighting suggestions dismissed only to be implemented later by a male, I was told by an older man who was talent that I had a sexy little body and on multiple occasions my work and ideas were taken without credit. Not only has this been demoralizing, but every time it chips away at my love for storytelling. I find myself spiraling into self-doubt and thinking that something about my personality and leadership skills are at fault and holding me back. It’s been a process to change my thinking and the way I talk to myself, especially when I realized I didn’t stand up for myself.

The silver lining however is that I am growing. These experiences are pushing me to be my own biggest advocate and disconnect from a need to please everyone. I am working on unlearning the many mannerism that society has taught me is an appropriate way for a woman to act. I am learning to be assertive and be okay with the fact that that may make someone uncomfortable. I am learning to speak up for what I want and believing in my own voice. I am learning to be okay with being angry. More than anything though, I am learning the powerful force of a group of women who show up for each other. I am so grateful to the women who listen to me when I get frustrated by experiences on set and help talk me through ways I can speak up for myself in the future. These women are my constant reminder that what makes us women is our strength not our weakness. Not only have they become my biggest advocates, but I too for them. Together we are now creating incredible content in an environment where we can flourish. For them, I am eternally grateful.

We’d love to hear more about your work and what you are currently focused on. What else should we know?
I am a freelance cinematographer, director and photographer. I am known for creating pieces that are deeply personal and intimate. It’s always my goal to, through the act of listening with my camera, film stories that create understanding, change, and most importantly a moment that can’t be forgotten.

Currently, I am most proud of a documentary I recently finished for Mitú about the amazing organization called Deaf Latinos y Familia’s. When Irma Sanchez found out all three of her children were born deaf and family members turned on her, she didn’t give up. She learned ASL and started Deaf Latinos y Familias, an organization in South Central for other Latino parents to find community and learn sign language. This is a story about three of those families.

I spent a year with these three families and I’m so grateful to them for letting me into their lives and homes. It’s been incredible to see how their story resonated with so many other people around the world. https://youtu.be/L68mNTmWTR4

How do you think the industry will change over the next decade?
I graduate from grad film school this year and my hope is that I can continue to tell documentary stories, but also film and direct narrative films with a social justice angle. I am currently working on my thesis film called For Rosa which is a 16-minute narrative USC thesis film inspired by the Madrigal Ten, a group of women who were ten of many Latina immigrants sterilized without consent while giving birth at Los Angeles County USC Medical Center during the 1970s. This story follows Eva, a fictional mother, who after being informed of her sterilization, is faced with the life-altering decision of joining Jessica, a 26 years old fierce Chicana attorney, and nine other women in a lawsuit against the hospital despite the shame she might receive from her community and family.

My hope is that I can continue to help create films that change the narrative that women are quiet, ever nurturing, and obedient. No. We are strong. We are resilient and it’s way past due that these stories are seen on screen. 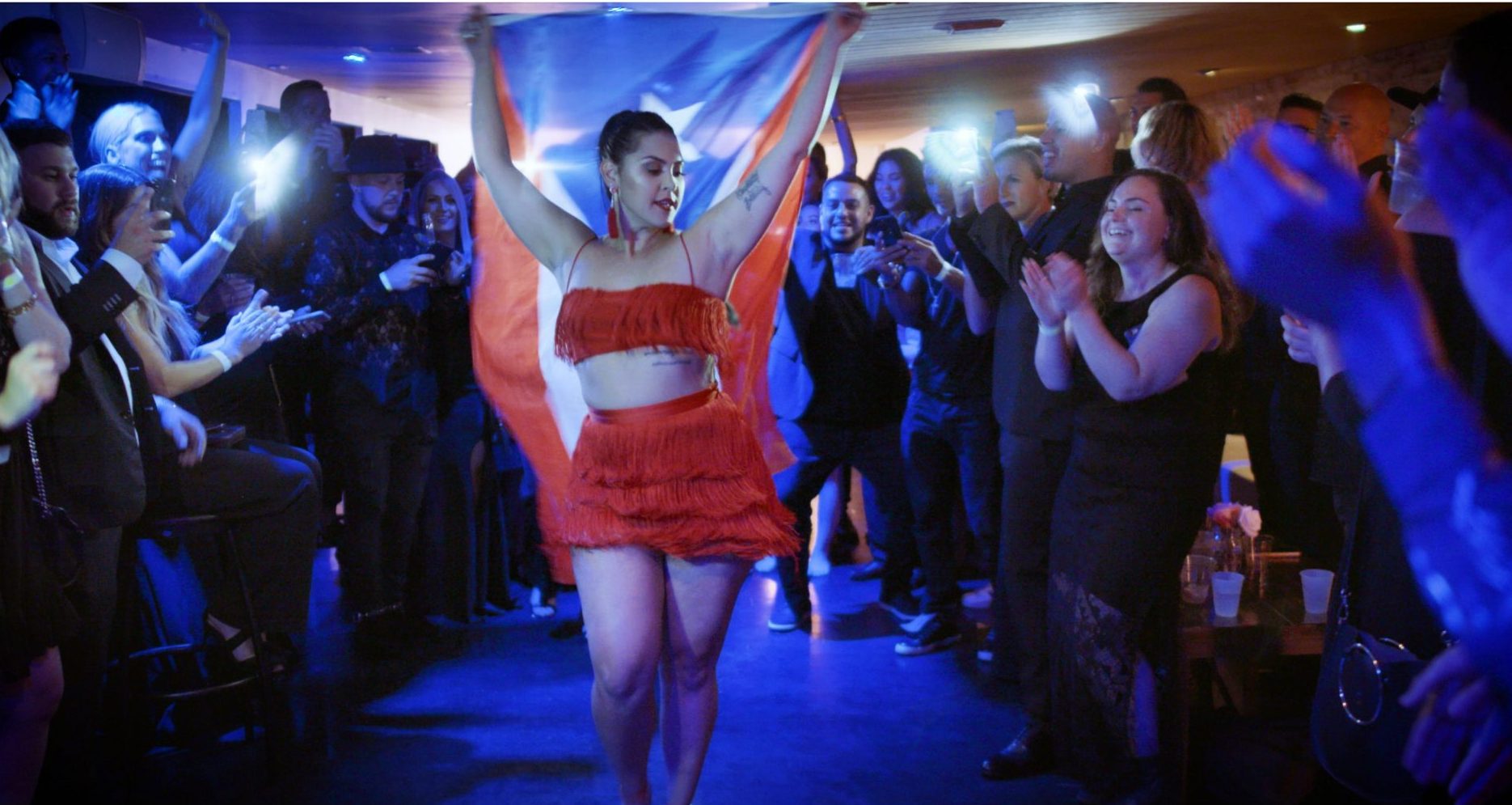 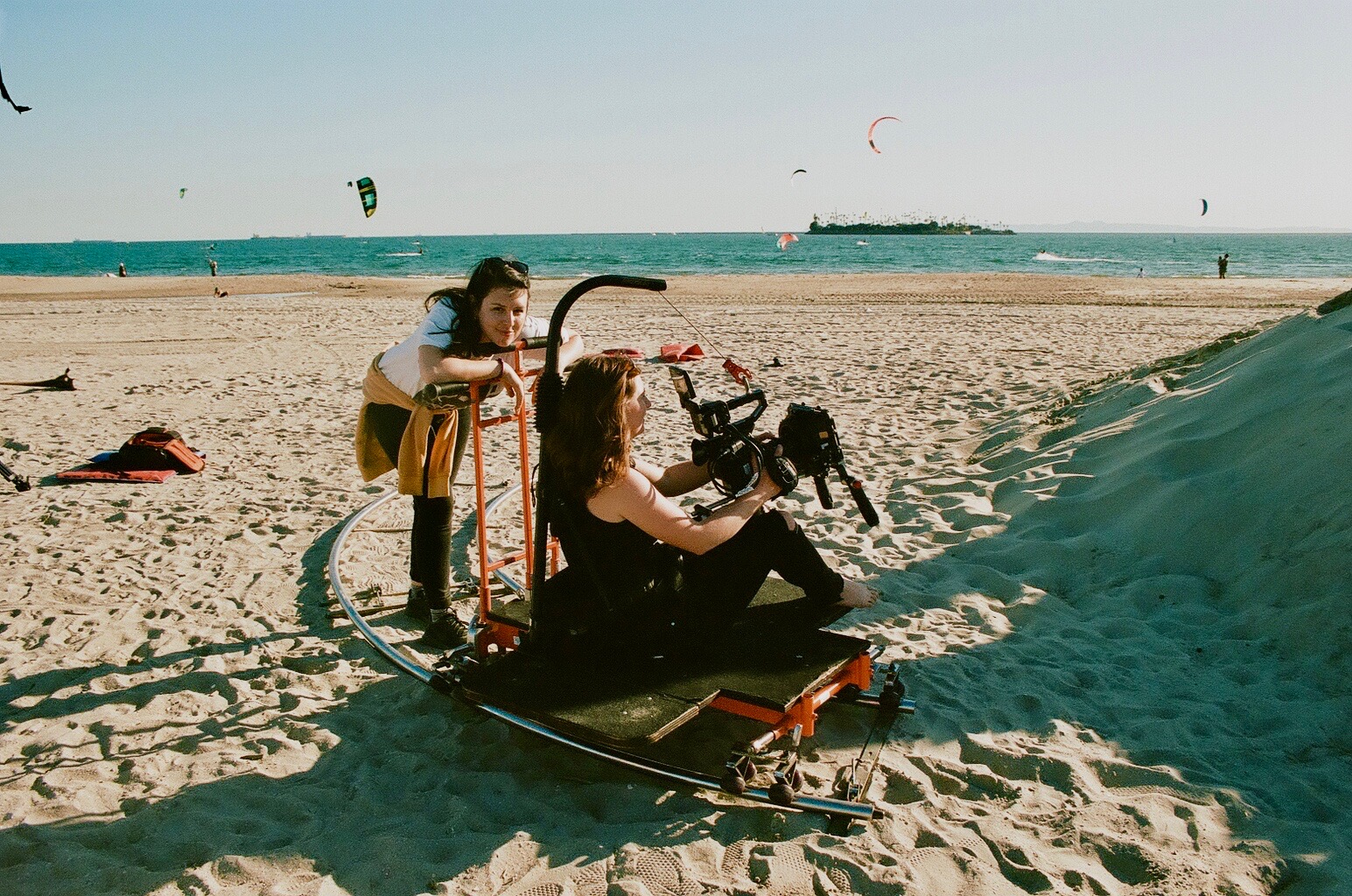 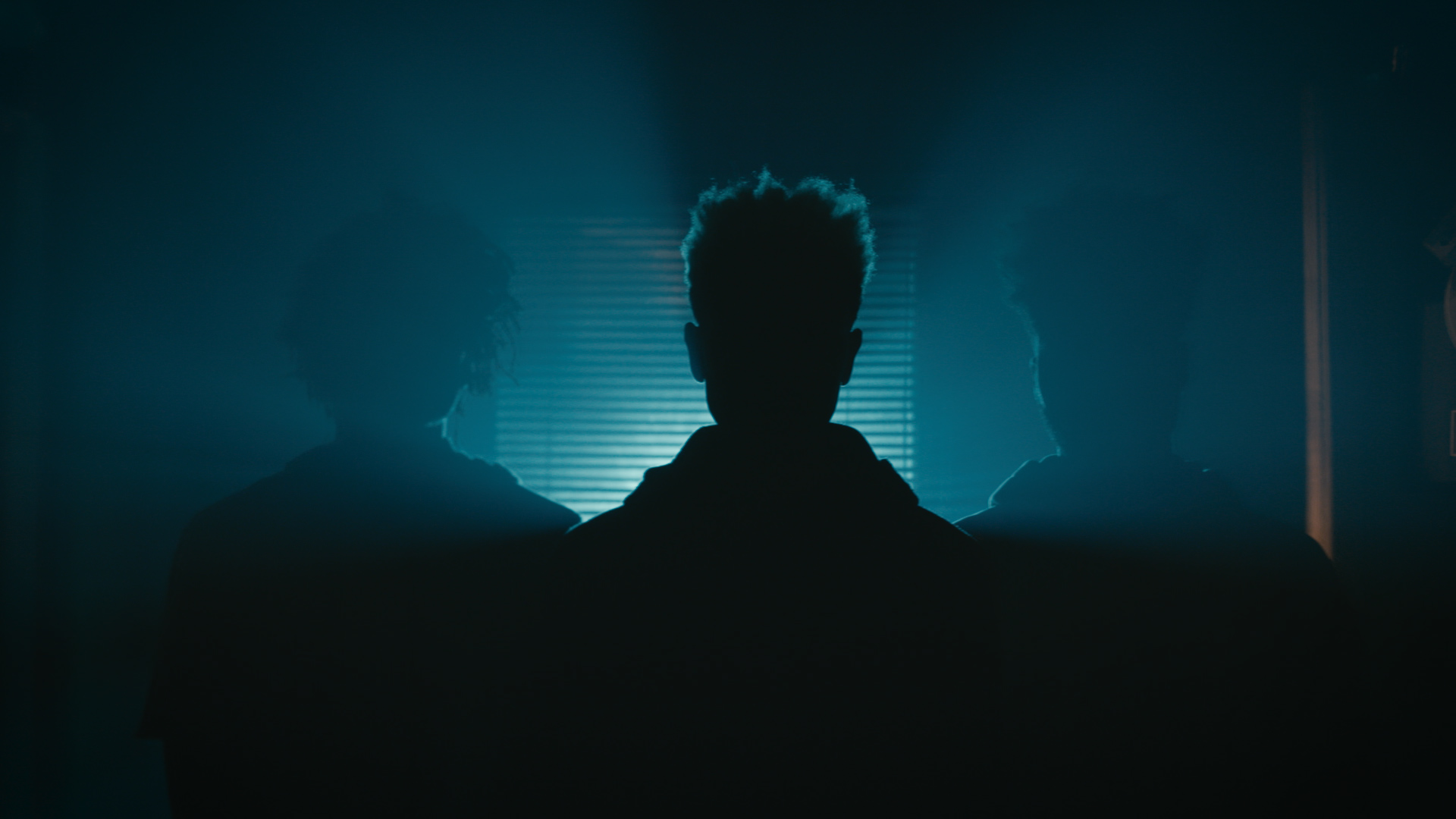 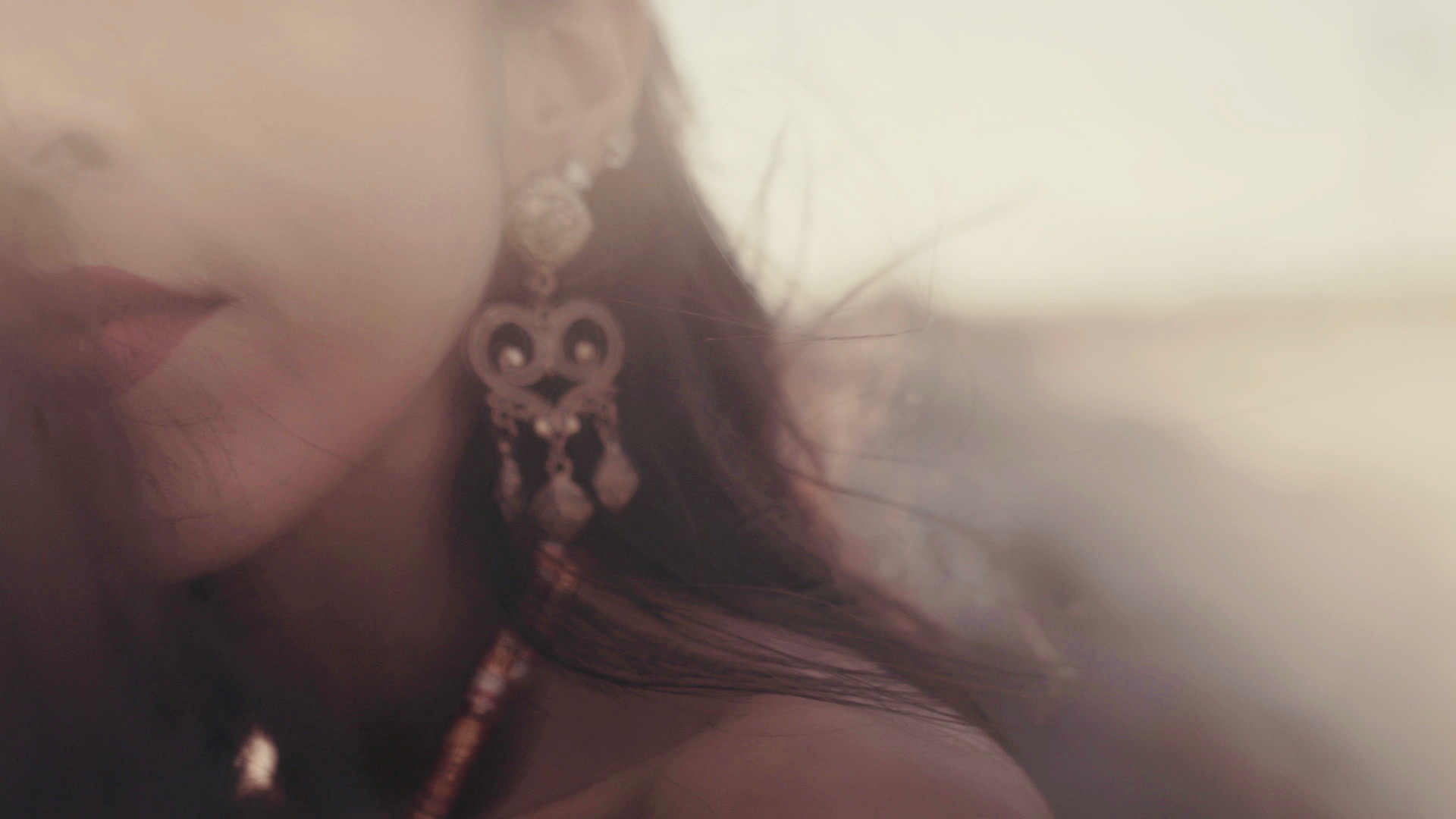 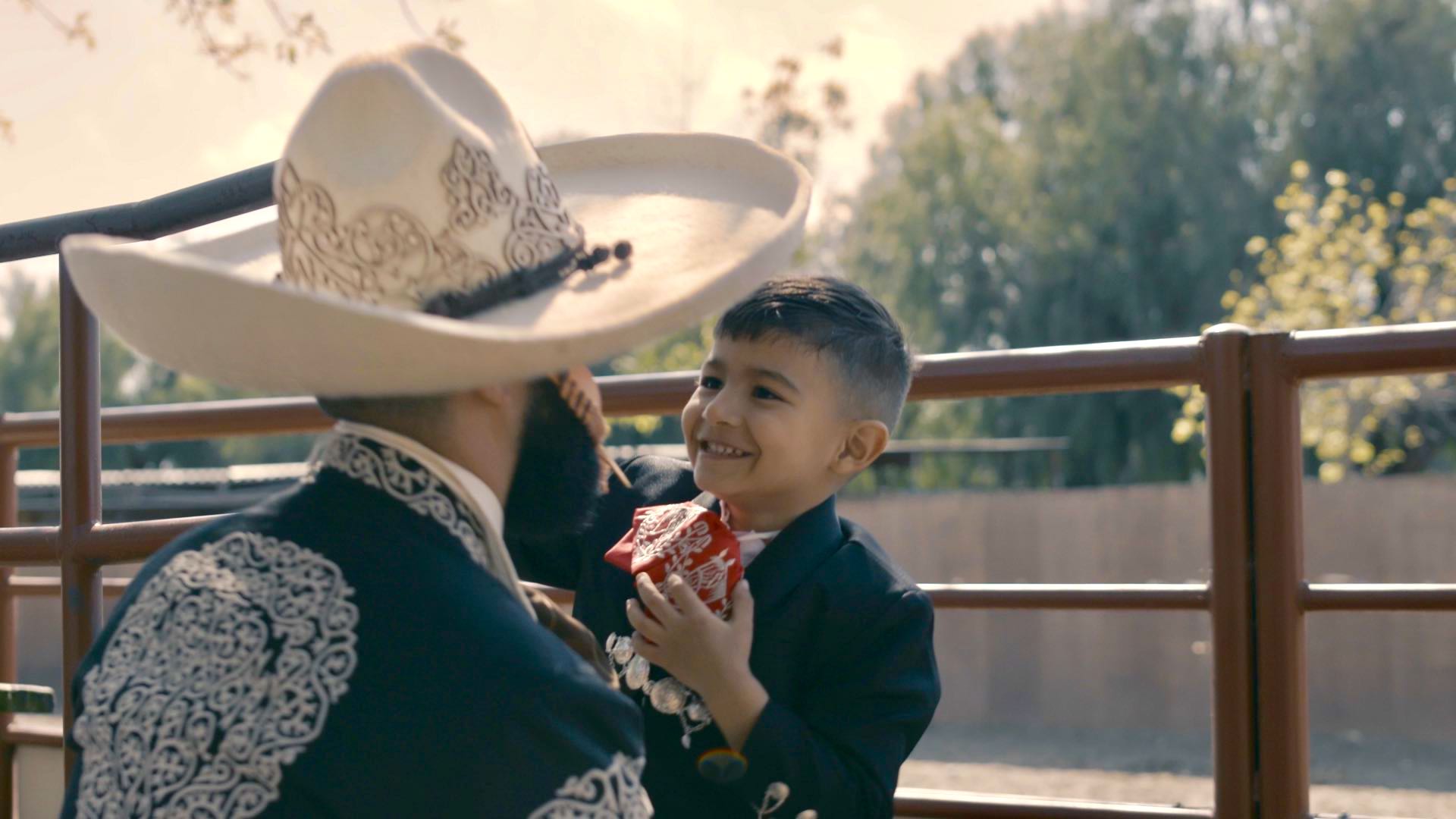 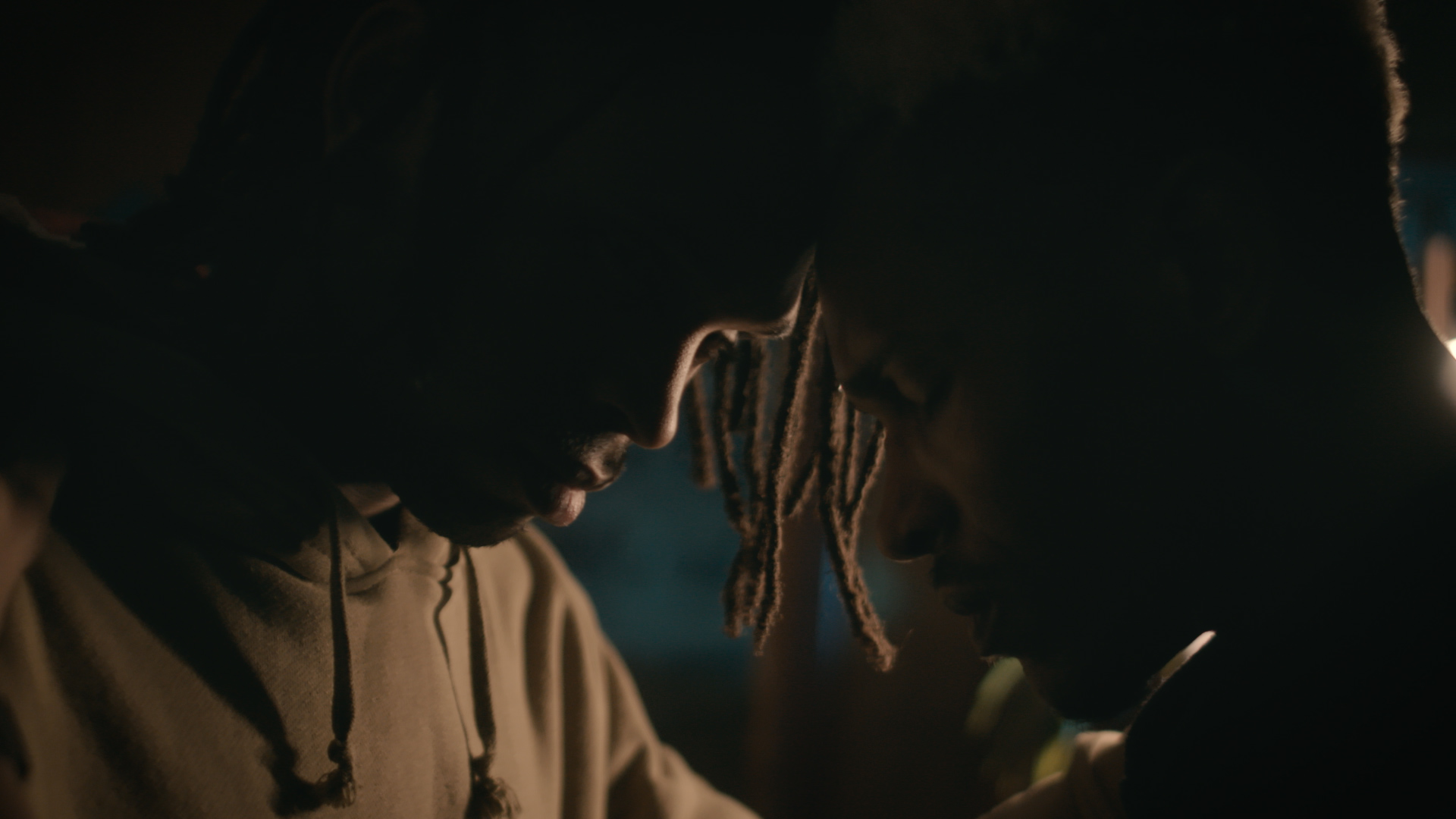 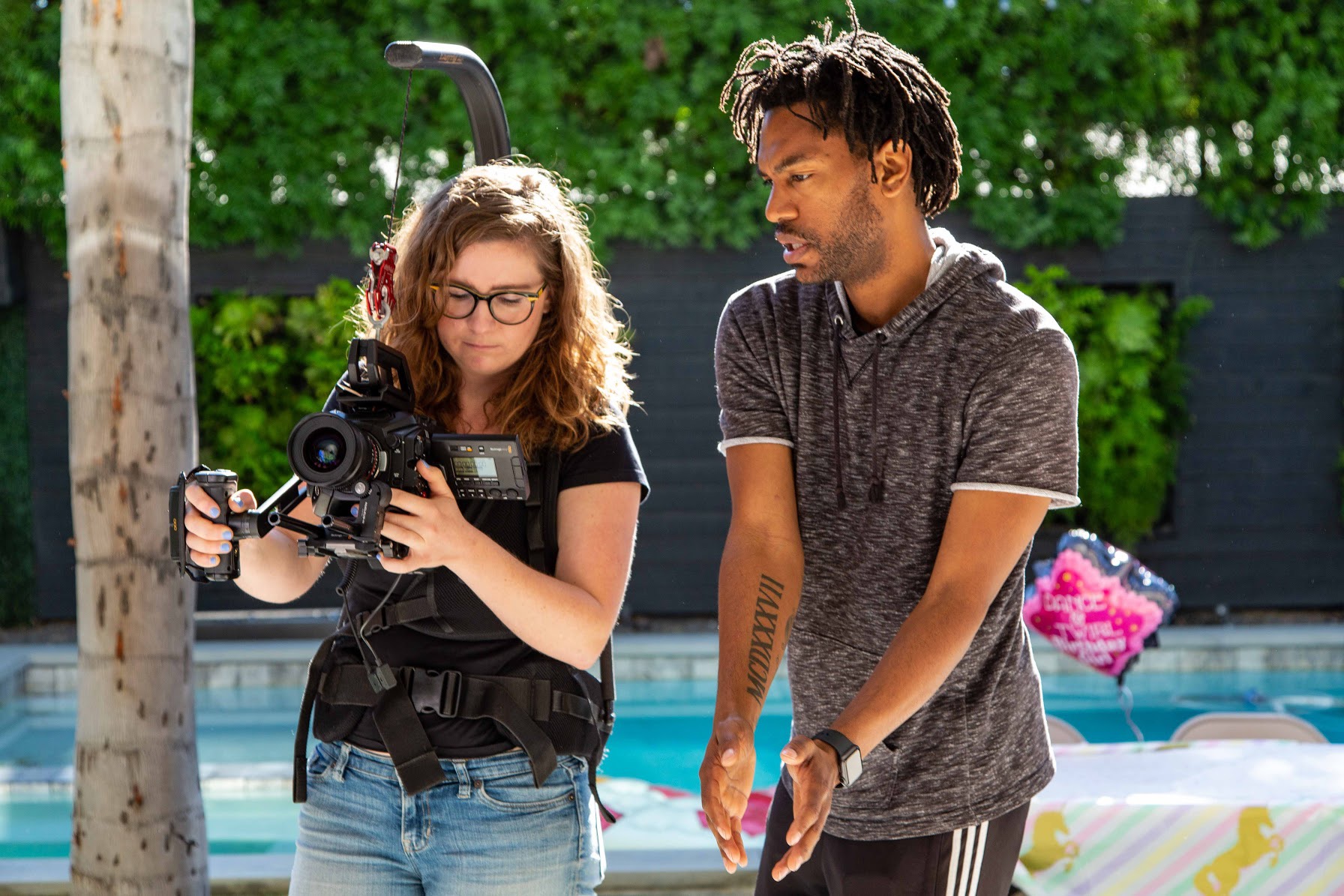 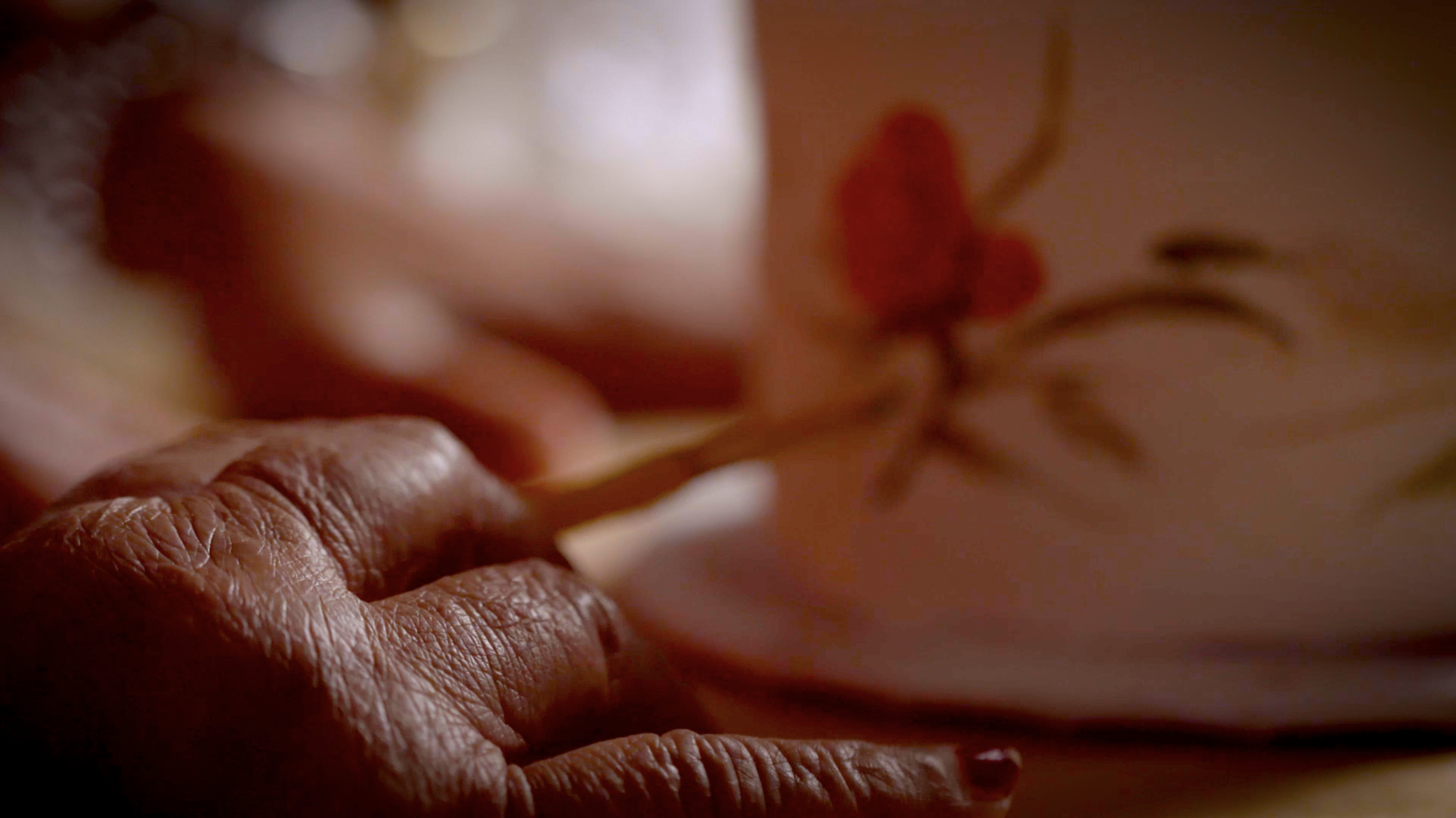 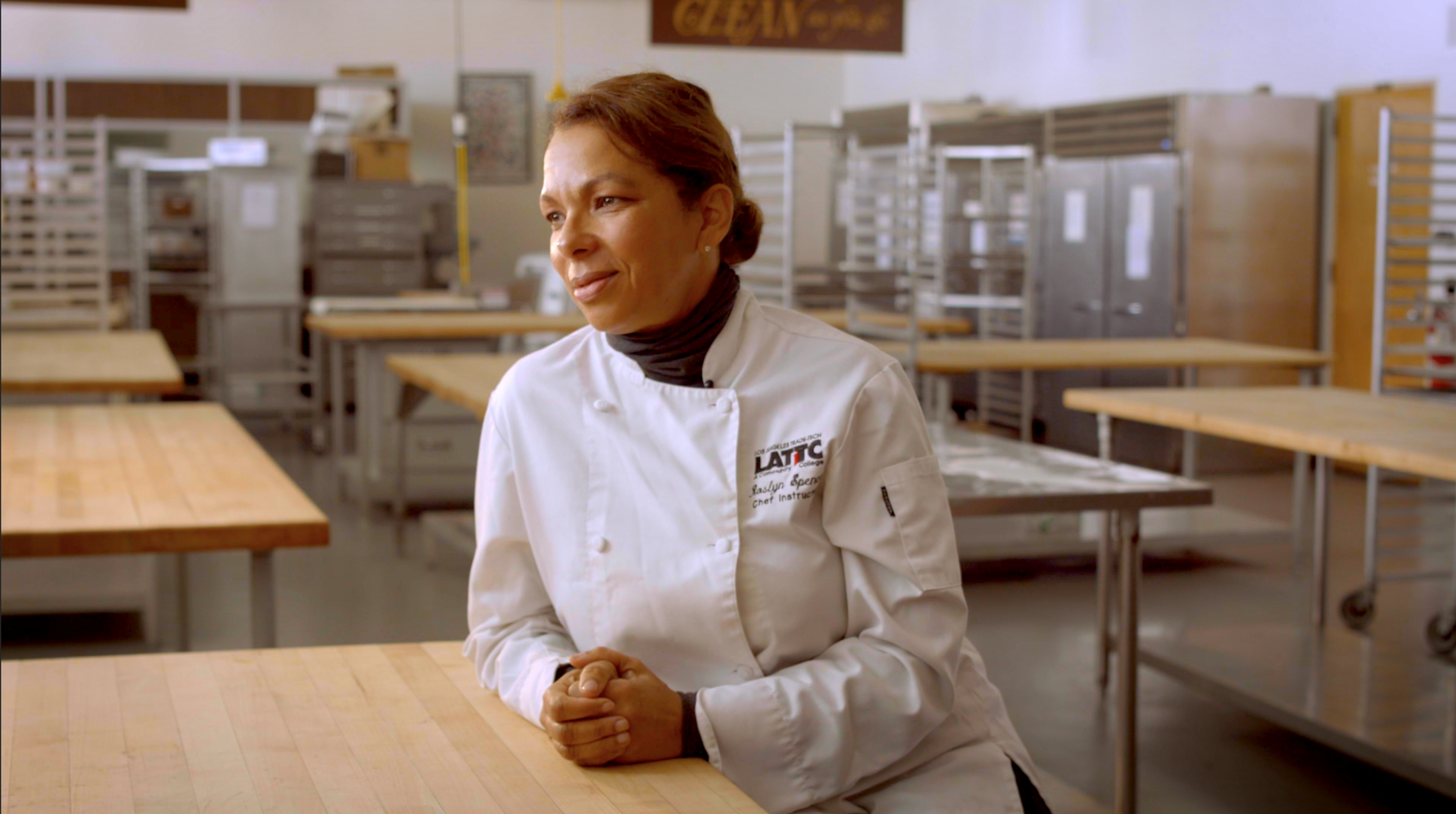