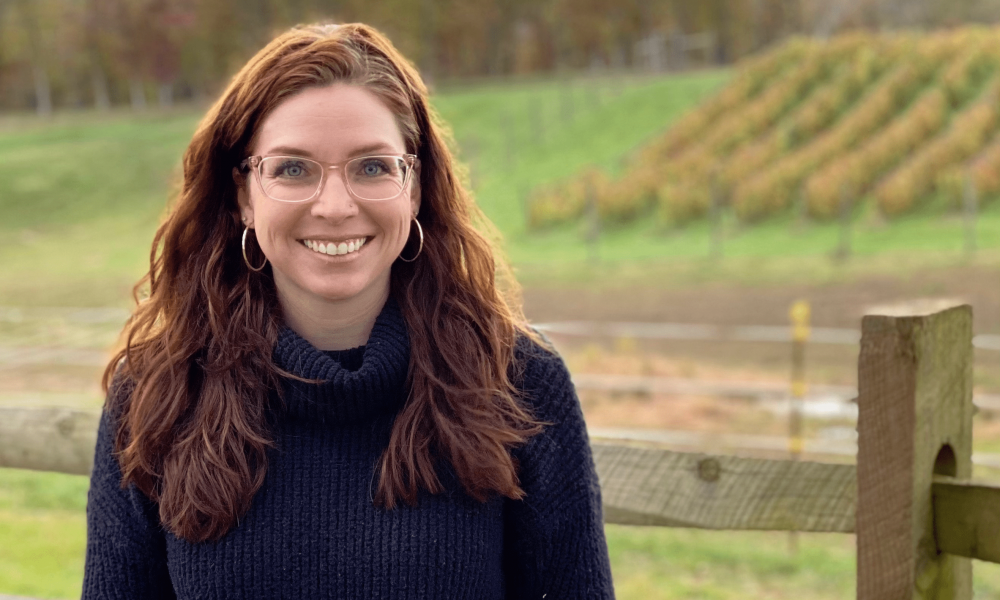 Today we’d like to introduce you to Kathleen Gardner.

Thanks for sharing your story with us Kathleen. So, let’s start at the beginning and we can move on from there.
I grew up in Northern Virginia, in a neighborhood full of kids my age. My friends and I dabbled in filmmaking at a young age, lugging our parent’s camcorders all over the neighborhood. Perhaps our most memorable project was a stop motion animation starring a cast of Beanie Babies. But while the filmmaking phase amongst our group of friends came and went, I found myself increasingly interested in filmmaking the older I got. I loved watching movies and obsessively googling to find out everything I could about the filmmakers. When DVDs took over, I would beg my parents to buy the Special Edition that included behind the scenes features so that I could watch all the clips on how the movies were made. When I was in high school, my dad impulse bought a basic editing software and installed it on our family desktop, which became my next obsession. This led to a month-long project in which I hooked up our VCR to the PC and digitized our home videos in order to splice them together into “documentaries”.

Despite my passion for film, I never actually considered it as a viable career option. I went to college with the assumption that I would graduate and start working for the government or get some ambiguous ‘consulting’ job, like many of the people in my hometown. I studied Economics at the University of Virginia (wahoowa!) but also took as many film studies classes as I could, just for fun. After graduating, I spent a year in Newcastle, England volunteering with an order of nuns. I lived with other volunteers from Brazil and the Philippines and split my time between working at an afterschool art center for local kids and a help center for refugees and asylum seekers in the city. Both jobs were rewarding and challenging at the same time. And being in a new place, away from family and friends was hard, but the experience gave me space to find myself (as cliched as that sounds) and reconsider what I wanted to do with my life. As I thought about it, I kept coming back to my passion for filmmaking. I spent many a Saturday morning at the local cinema (highly recommend the Tyneside Cinema if you’re ever in Newcastle) and began a filmmaking group at the children’s center where I worked. When I returned home after that year, I was determined to figure out a way to make a career out of filmmaking.

I moved back to Washington, DC and over the next few years, worked my way into the film industry there. I was the Associate Producer on Positively Beautiful, a feature-length documentary about HIV in South Africa, and went on to work as a Coordinating Producer and Junior Editor for a boutique production company called Fresh TV. While there, I helped produce and edit projects for clients including National Geographic, Discovery Channel, HGTV, Upworthy, World Wildlife Fund and Amtrak. I became involved in the DC chapter of Women in Film and Video and was awarded a scholarship through WIFV, which I used to take a screenwriting class at Georgetown University. Ultimately, I had to accept that DC was not the place to be for the career I wanted, so I packed up my car and moved to LA, where I attained an MFA through USC’s Peter Stark Producing Program. During my two years in the program, I had the opportunity to intern at AG Capital, United Talent Agency and Pascal Pictures and served as a Student Consultant on The Academy of Motion Picture Arts and Sciences Future of Film Committee.

My two years in grad school were also a prolific time in terms of my growth as a Producer and led me to many collaborators I continue to work with now. I produced four short films over the two years, including one with an all-female crew and another that I also wrote. My most recent short, Cupcake, was produced with a grant from USC. We shot on location in Atlanta and Alabama during the winter break of my second year at USC. Taking a full course load, interning part-time, and prepping for a six-day shoot on the other side of the country with a crew of 40+ people was no joke but I’m incredibly proud of the film, which continues to play at festivals around the US and abroad.

A few months before graduating, I landed a job working for the producer Elizabeth Cantillon under her deal at Sony Pictures and have been working for her ever since. I feel so fortunate that my few years in LA have not only afforded me the opportunity to learn from some of the best in the business but also have brought a cadre of creative collaborators into my life, who inspire and challenge me every day.

Great, so let’s dig a little deeper into the story – has it been an easy path overall and if not, what were the challenges you’ve had to overcome?
It has not been a smooth road or even a straight road, but in retrospect I’m not sure I’d want it any other way. When I first moved back from the UK and decided to get into the film industry, it was really tough to get a job. I hadn’t gone to film school and the film industry in Washington DC was a small market. I went on what felt like hundreds of interviews while juggling multiple part-time jobs to make ends meet. At one point, I worked at an accounting firm, was a substitute teacher for an elementary school, and taught SAT classes – all at the same time. I finally got a break when I was hired on the documentary which was initially an unpaid internship. I figured I would work there for a few months, but I ended up being so passionate about the work that I didn’t want to leave and instead worked my way into a larger role on the film. That was the moment when I knew I was on the right path, even as challenging as it was.

And not to say the struggles ended there. Moving to LA and establishing myself on the other side of the country from all of my family and friends was also not easy. And juggling a demanding full-time job while continuing to work on my own projects on the side is a challenge. But when I look back at where I was even just five years ago, I’m so grateful for all the experiences along the way that have taught me and challenged me and ultimately lead to personal growth. And above all, I’ve learned that having a trusted circle of friends to support and cheer each other on makes all the difference and I’m eternally grateful for both my DC and LA fr-amilies.

We’d love to hear more about your work and what you are currently focused on. What else should we know?
As a producer, one of the most exciting aspects of my position is finding new stories to tell and putting together the team to tell them. I’m drawn to character-driven stories, often leaning towards themes of family dynamics and female empowerment. I love finding universal connections in the specificity of a story.

My most recent short film, Cupcake, tells the story of a young woman who is ostracized by her religious community as she experiences a sexual awakening. She ultimately learns to embrace her own sexuality and stand up for herself. Cupcake continues to play (now virtually) at festivals and it’s been an incredible experience to connect with people who felt moved by the film. I hope to continue telling stories that create dialogue and potentially challenge audiences to confront inherent beliefs in themselves. To that end, I have a few projects that I’m currently developing with my producing partner, Courtney Grace. And in addition to the film and television projects we’re actively developing, we’re always looking for new stories and inspiration and working to expand our network of artists to collaborate with. Like I said, it’s all about the stories and the team that brings them to life, and I can’t wait to shepherd more films out into the world.

Is there a characteristic or quality that you feel is essential to success?
When I was preparing to move to the UK after undergrad, I spoke to a former volunteer from the program I was joining. I’ll never forget his one piece of advice, which was, “Just say yes.” Yes to new experiences, new opportunities and new people. I’ve thought about that simple piece of advice a lot over the years and I think it’s been an important mindset through much of my career. By nature, I’m a planner and organizer, and while those traits have helped me become a better producer, I also think it’s important to be open to opportunities and paths you don’t see coming, especially those that push you out of your comfort zone. Of course, I don’t literally say yes to everything (#selfcare) and nothing falls in your lap without hard work and commitment, but I do believe that opening yourself up can lead to opportunities you never imagined.

As an example, while driving out to LA in 2017 (halfway through Texas to be exact), an email came through our class list serve asking if anyone would be interested in volunteering on the shoot of another student’s film the following week. I said yes. So, within 24 hours of arriving in LA, with nothing but an air mattress set up in my new apartment, I was on set PAing. When I think back to my first days in LA, I don’t remember the stress of not having time to unpack or set up my apartment, although I’m sure it was there. Instead, I remember the excitement of meeting some of my classmates as well as people in other programs at USC. A few months later, the director of that film asked me to produce his next short. Three years later, I continue to collaborate with him and can also pinpoint that film as the genesis of my producing partnership with Courtney. Since then, we’ve made multiple short films and continue to develop both feature and television projects together. And it all goes back to that one yes. 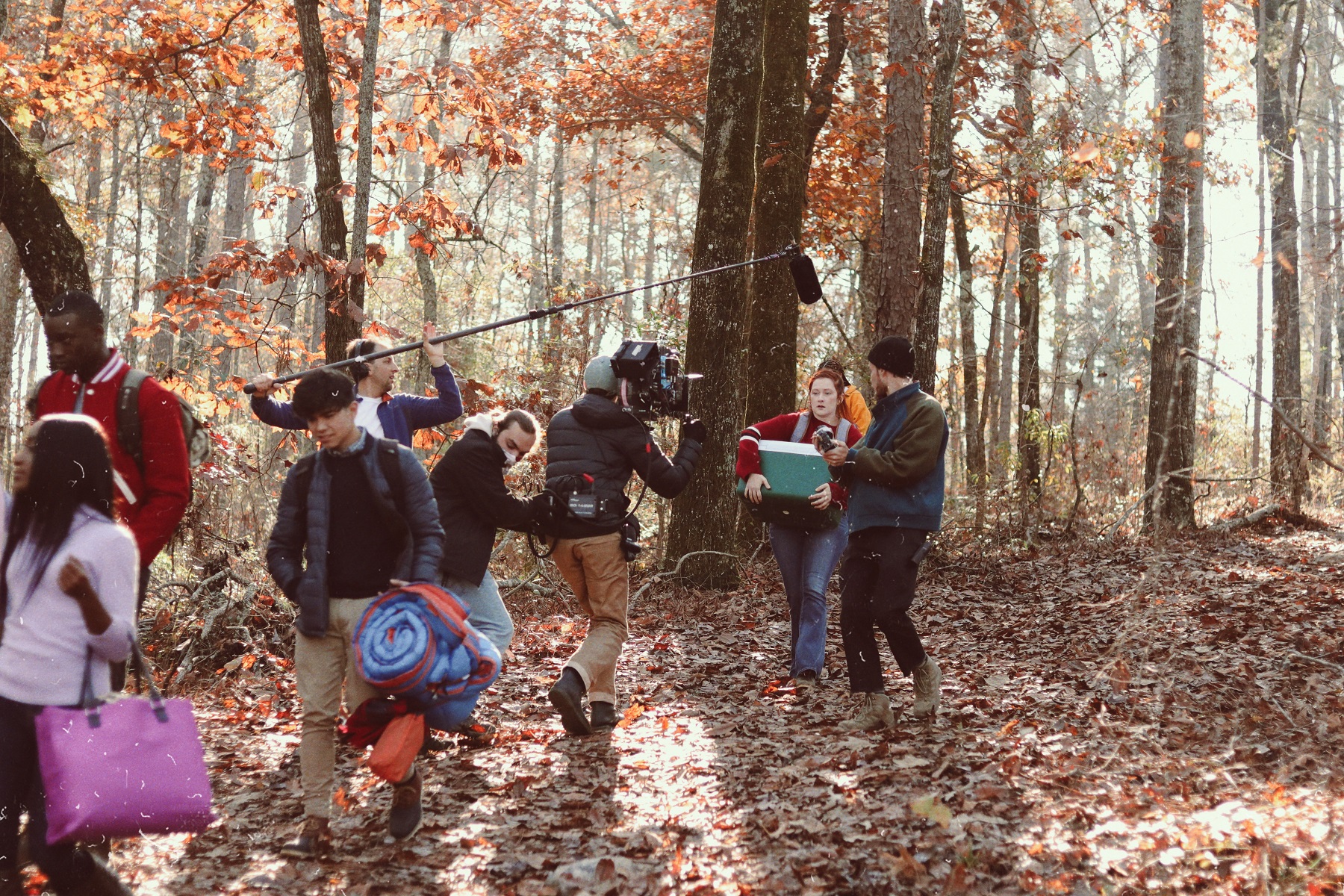 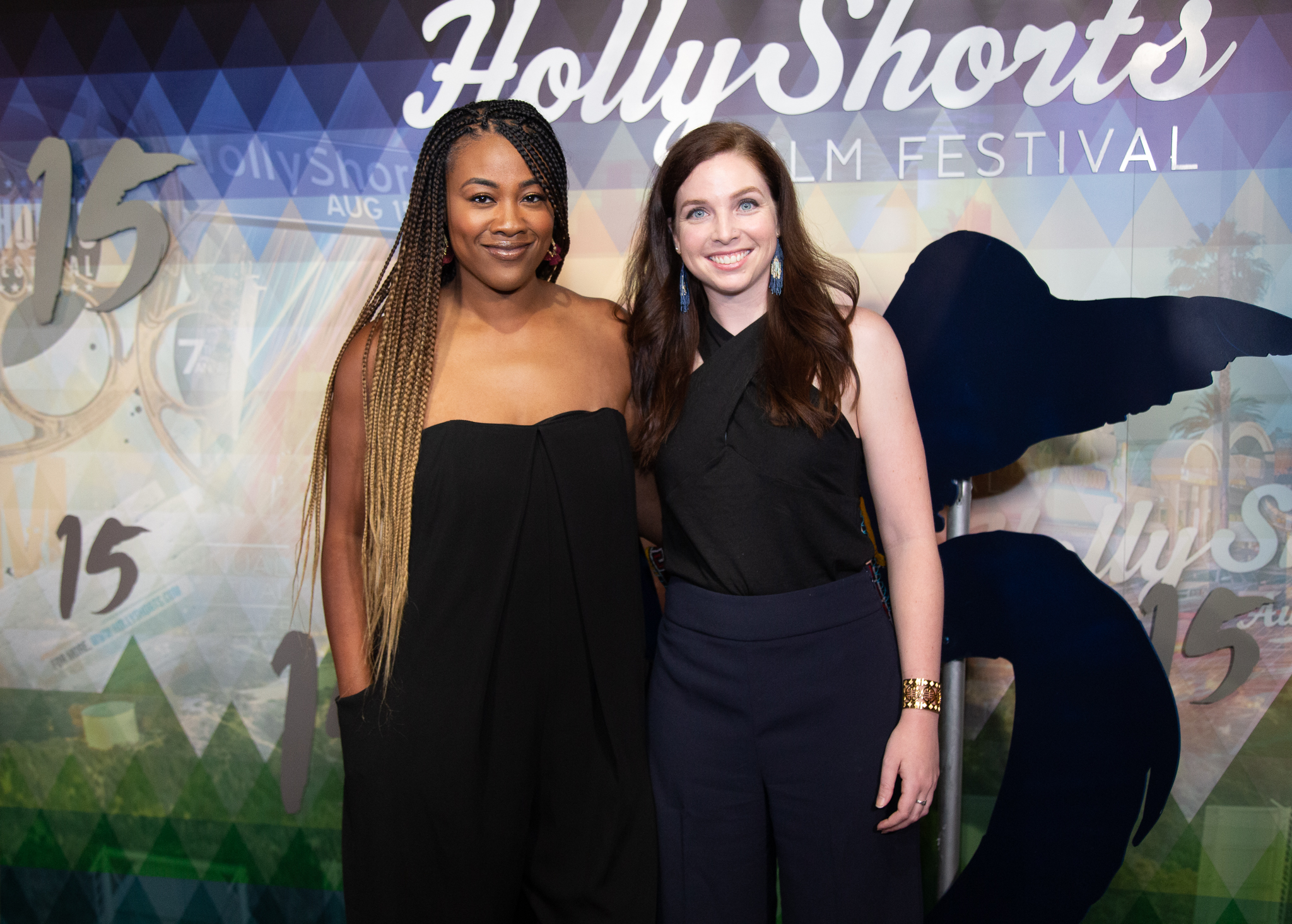 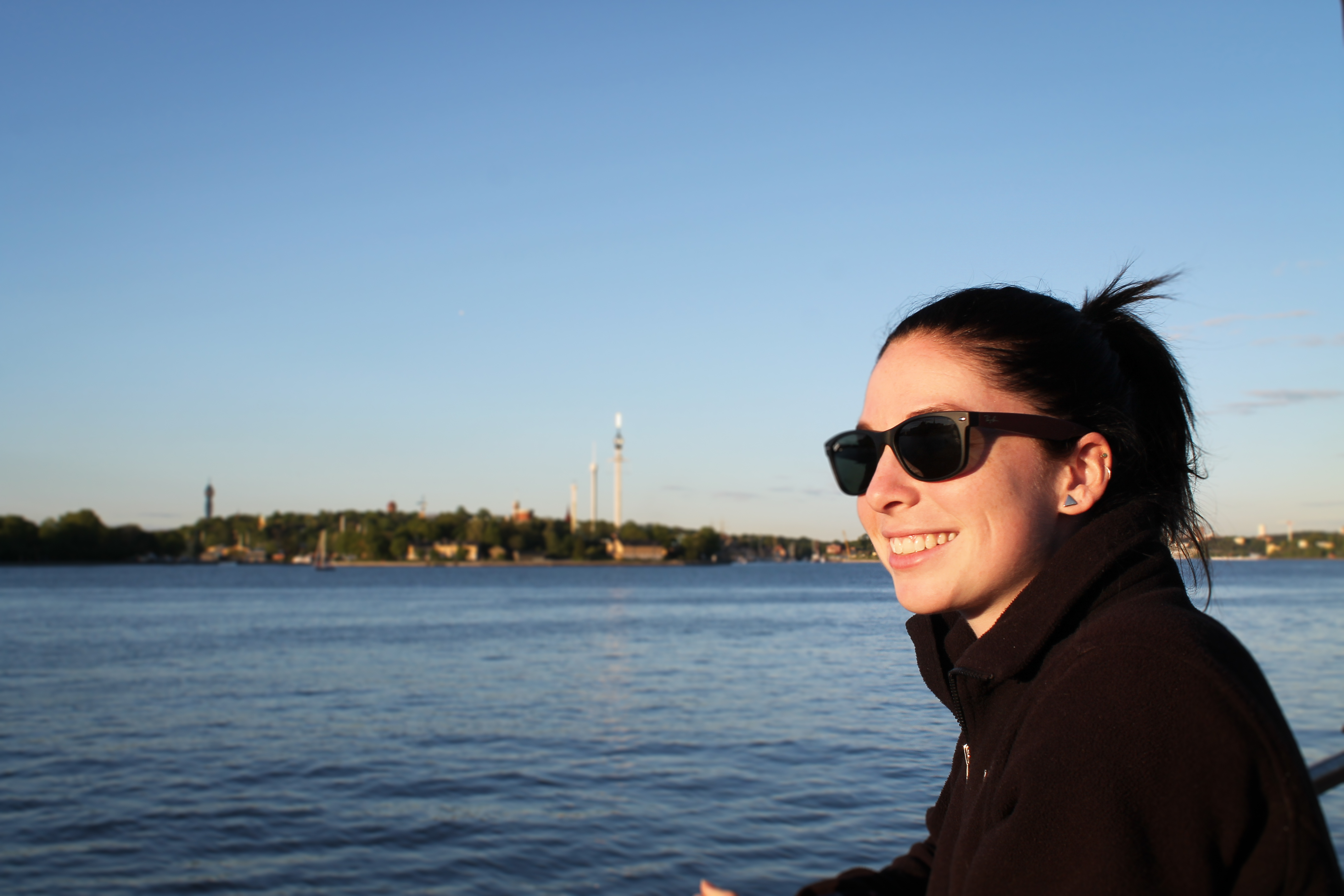 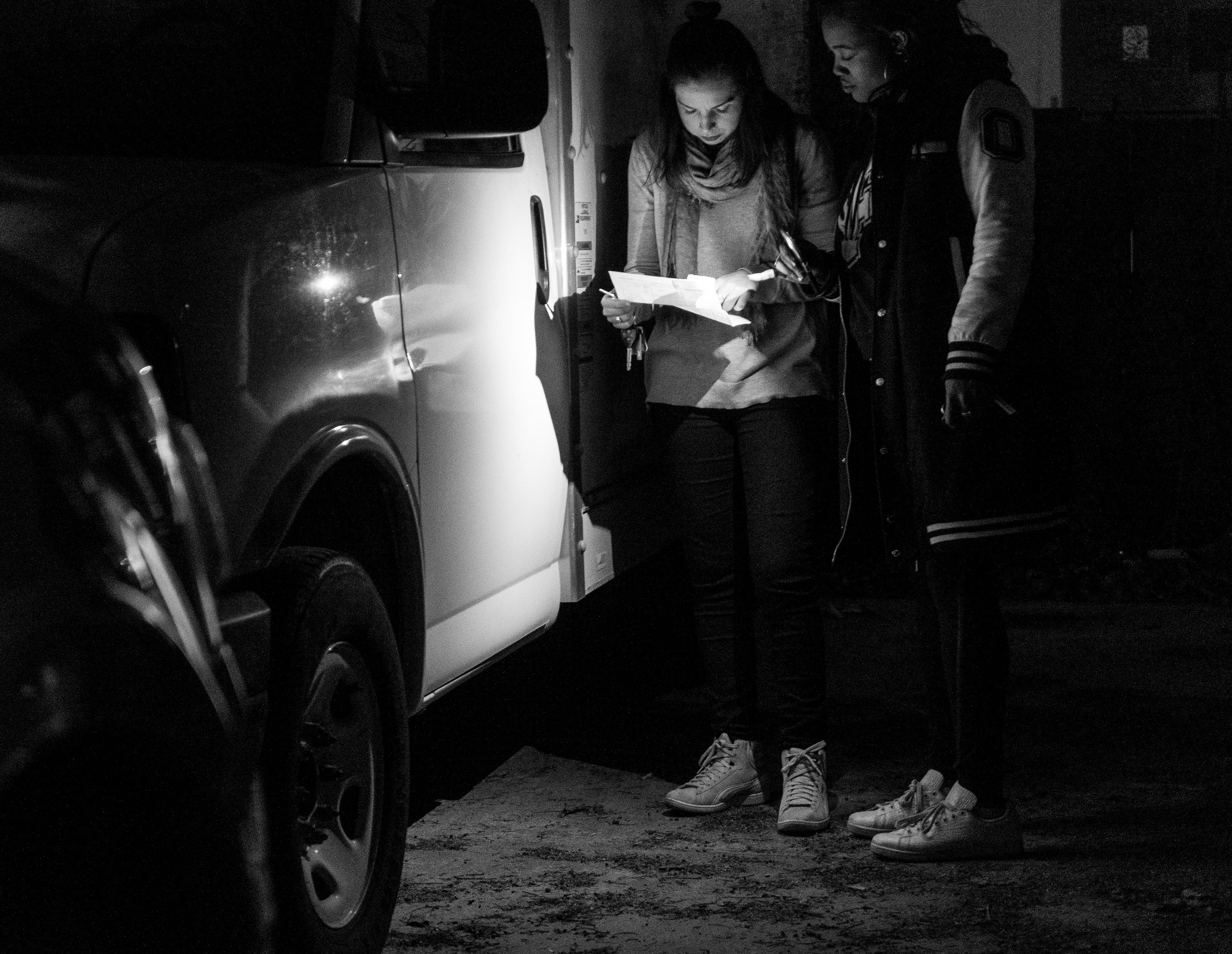 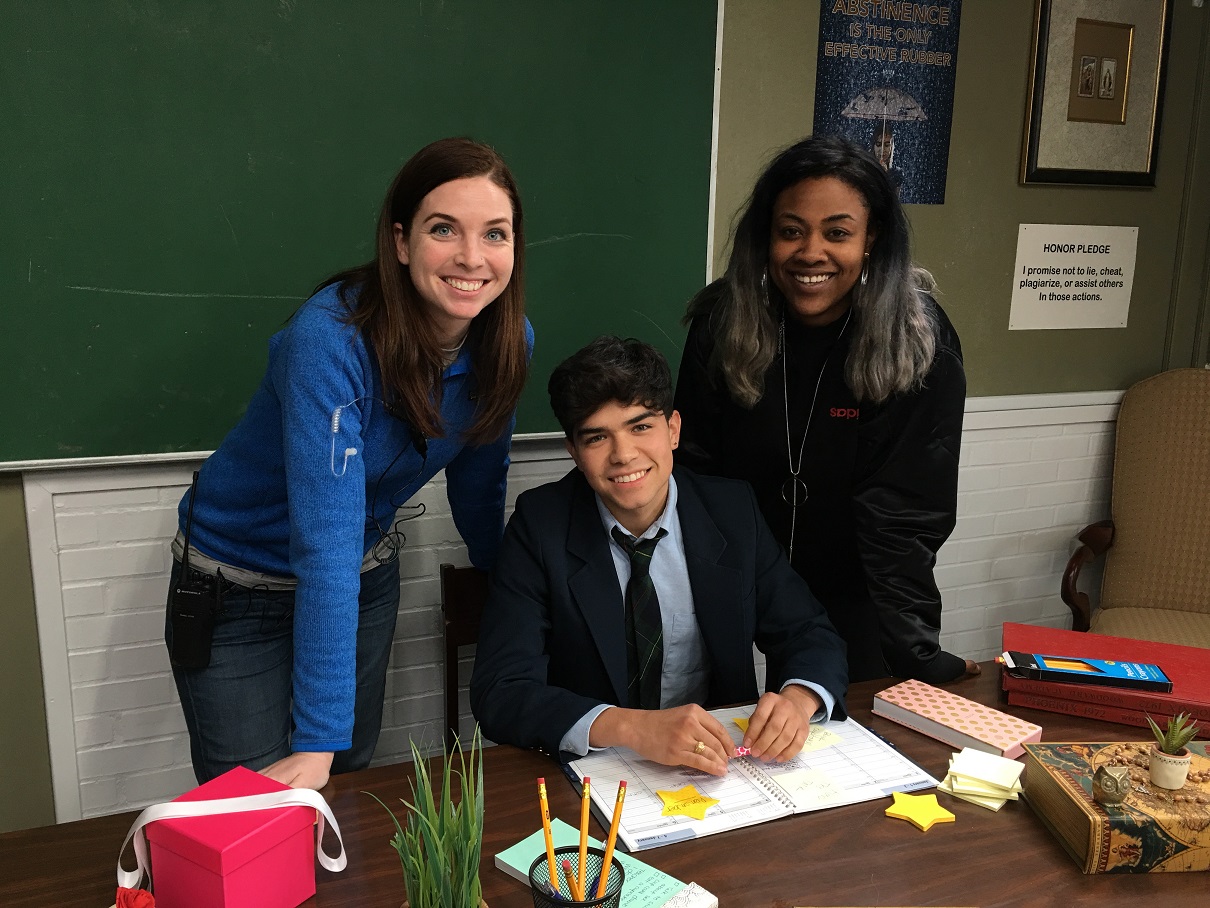