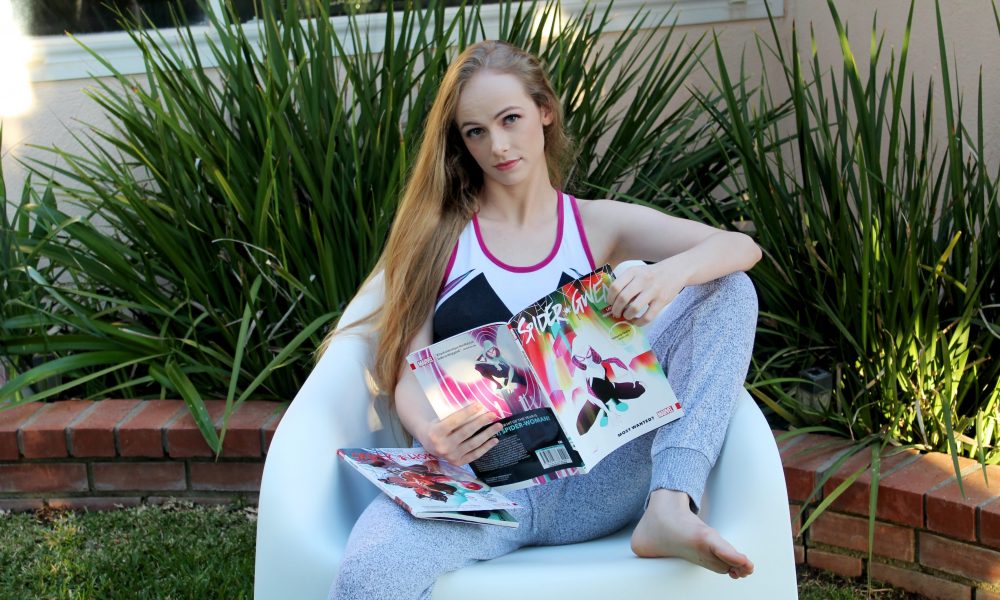 Today we’d like to introduce you to Katherine O’Day.

Thanks for sharing your story with us Katherine. So, let’s start at the beginning and we can move on from there.
Growing up with a vocal teacher mom and a singer/songwriter dad paved the way for my introductory to the arts. It wasn’t until I performed at an Irish Heritage Festival, last-minute at the age of nine with my brother Michael, that I fell in love with playing on stage. Doing musical theatre for years, I was later called into film, and it has been such a beautiful experience so far.

Getting my training from The Taylor Acting Studio (still have a month left that has been postponed due to quarantine) has been absolutely life-changing for me; learning how to step into my power, really listen and so much more.

In June of 2019, I started my biggest campaign as an actor yet. The live-action version of Gwen Stacy as Spider-Gwen. If you’re unfamiliar with her story, she is the Spider-Woman who saves the day in another dimension. And instead of her meeting an untimely demise as she does in Peter Parker’s world, in her dimension it is Peter Parker who meets his demise and Gwen is blamed for his death. Her story is gripping, powerful, and from the moment that I picked up the comic books for the first time, reading words that I had said verbatim, I cried because I had never related to a character more than that moment. But how was someone that no one knows going to land an audition for a project that doesn’t exist yet?

So, I got to work. Creating relationships with the parties that would be involved in creating her live-action origin story. Really engaging in the fandoms and cosplaying as the character. Over time, the support I’ve received has grown and grown. I’ve had kids tell me that they too want to campaign for big roles, actors telling me that watching my journey with this campaign decided to pitch themselves for a big project that they were perfect for the first time. It has its moments of extreme triumphs and downs, but it has definitely been the most rewarding journey of my life so far.

It’s currently looking like there are multiple Spider projects beginning, and I’m going after every single one with the possibility of it being Gwen’s story. Because Gwen’s story is too important to me to not try my absolute hardest to at least get an audition for the eventual project. No matter how much work that takes. I’m the underdog choice, so I have to really fight for myself to get into that room for a project that is still extremely up in the air. But no matter what happens, I’m not giving up. Because even when we’re knocked down, spiders always get back up.

We’re always bombarded by how great it is to pursue your passion, etc – but we’ve spoken with enough people to know that it’s not always easy. Overall, would you say things have been easy for you?
It definitely comes with its challenges. I mean there isn’t even a set project for this character yet! And because this is such a specific case, there aren’t many who have done this. So going after every untitled Marvel project tied with Sony with no guarantee that they’re even USING this character can be challenging to say the least. It can be easy to get discouraged if you don’t have the right mindset, but I find even on my hardest days, I am still thinking of new ways to grow my acting business and this campaign. It’s so encouraging to know that even though I can feel like I’m holding a campaign that’s like gripping oobleck, that I have a community of like-minded actors through Actor’s Fast Track, as well as friends, family, my faith, and fans I’ve acquired cheering me on and giving me hope every step of the way. I feel lucky every day to be on the path that I’m on.

We’d love to hear more about your work and what you are currently focused on. What else should we know?
I am my own company because our acting careers need to be seen as what they are; a business!

I’m Katherine O’Day. A mix between a young Jodie Foster and Lili Reinhart with the sweetness of Amy Adams. I’m the strong yet innocent girl who you take to a Rom-Com and she scoffs the entire time, but once she gets home cries in confidence about how the dog dies at the end.

I’m also a vocalist in multiple styles, examples of which you can find on Instagram!

I think the biggest pride that I have in my acting business so far is definitely just the entire campaign that I’ve been running which has led to me getting into Sarah Finn’s database, gaining traction in so many mediums, and growing as an artist and businesswoman. I’ve found so much strength from this experience so far, and it only keeps growing.

I believe that every actor has something that sets them apart, but it comes down to if they decide to play into that. I’m unabashedly myself, and there is no one else who shares the same specific brand that I do. Are there people that are similar? Absolutely. But what I bring to the table might be very different than someone who shares that similarity with me. They might be what casting is looking for, or I might be. But at the end of the day, stepping into and accepting your brand can set you apart from others.

Has luck played a meaningful role in your life and business?
I wouldn’t say luck, more intentional, logistical thinking as well as reliance on my faith.

In business, you can be at the right place at the right time and maybe book a series regular or a lead in a feature film. And it does happen to people. However, the more deliberate you are, the less time you spend on business decisions that can either be a waste of time or money. By only attributing success to luck, you can find yourself in a place of hopelessness and as a result, can cause you to become jaded. And trust me, nobody wants their dreams and spirit taken away from them.

In life, I believe God has given me so many blessings in my life and has guided me to decisions that are best for His plan for my life as well as my overall happiness and longevity. I even moved to Los Angeles after God told me that He didn’t want me to go to college (which I wanted), wanted for me to move to LA, and then while watching Patty Jenkins’ Wonder Woman, the Holy Spirit came over me in the theatre, and I heard Him say “And this, is what I want for you to do”. Which looking back was pretty neat that a female superhero helped usher my move into film with how much this campaign has become part of my life. All of these that God called me to I did even though I was scared because I knew that He would provide for me. And every day He continues to show His blessings, which have felt better than any luck I could ever receive. 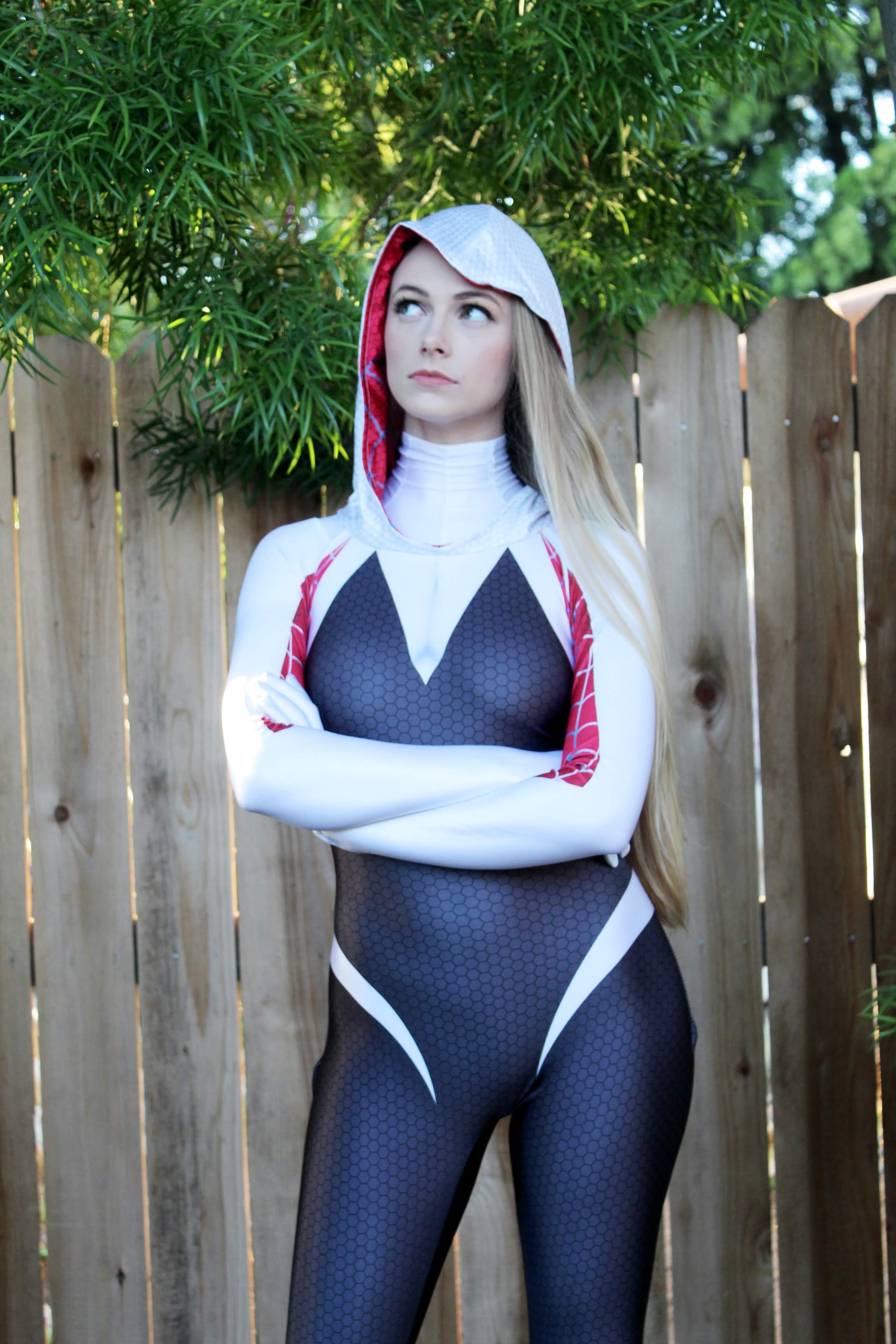 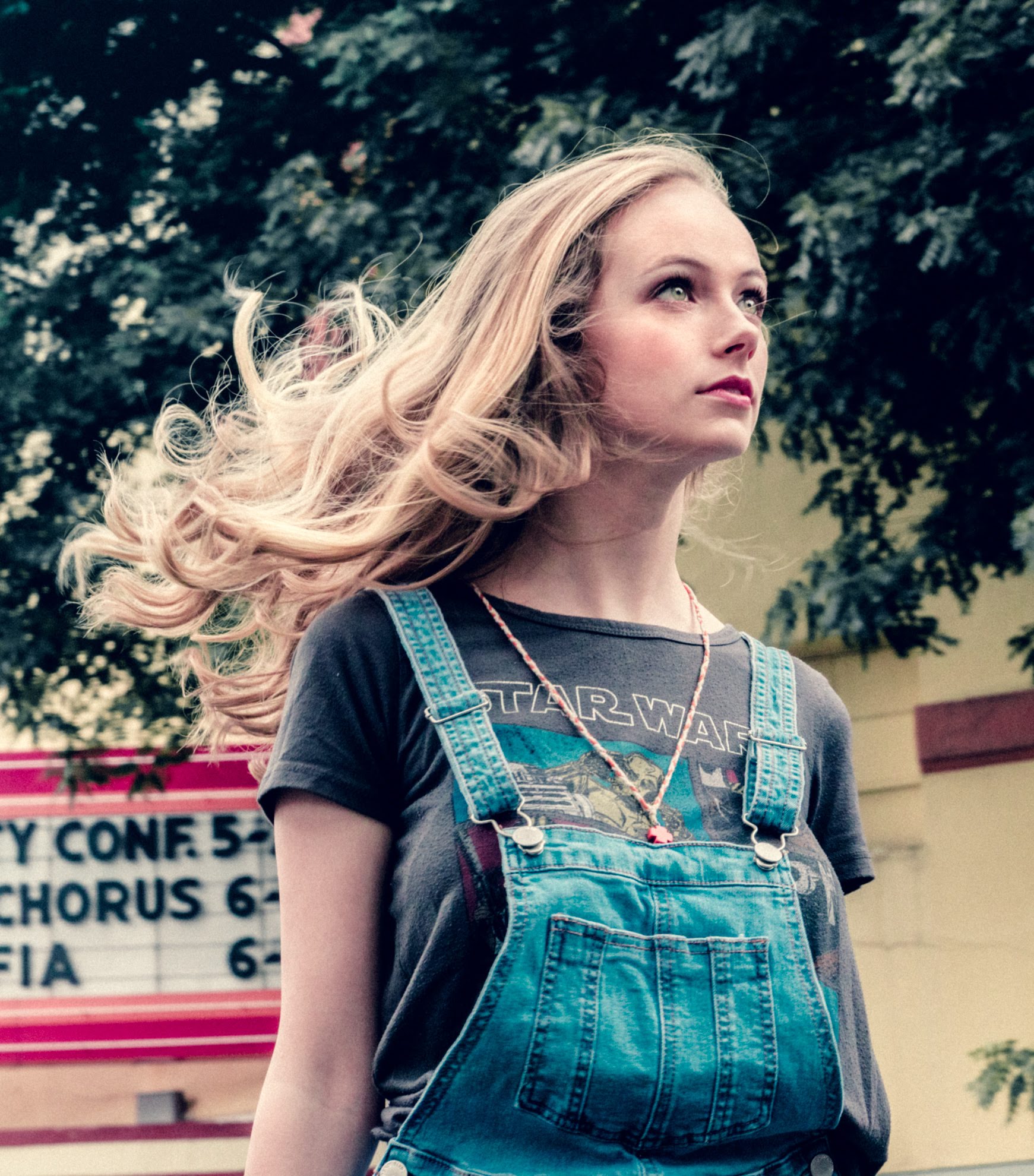