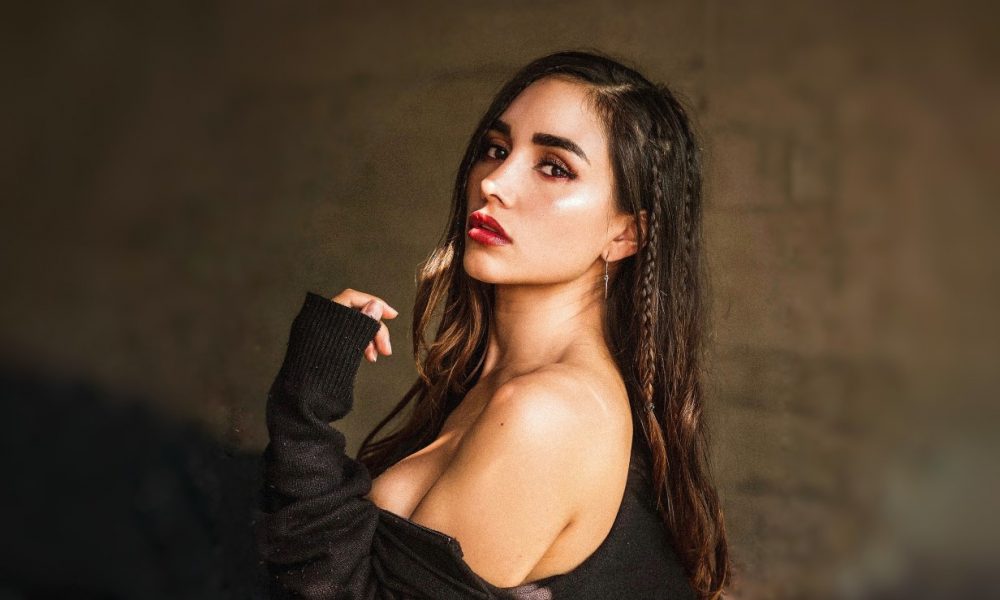 Today we’d like to introduce you to Katery Gutiérrez.

Katery, please share your story with us. How did you get to where you are today?
My dream since I was a child was to act in action, science fiction or musical films. In fact, my first approach to acting was when I was 12 years old and I was in the last year of elementary school. In my school, seniors always did a musical play. I had seen two plays by my classmates and every time I was excited to know that I could soon do the same. The time came and we had to play The Lion King, the fact of dancing, singing and acting on a stage with lights and the adrenaline of being live was wonderful for me. From that moment, I knew that I wanted to be a performer for the rest of my life.

Since that day I was all the time asking my parents to take me to acting classes and finally  I succeeded. After a couple of years, I started on acting, dancing and singing lessons and doing my firsts auditions. In fact at age 14, just in the first audition I did I stayed get casted. It was magnificent. Also in that time I started to write a musical play based on some Bible stories (as Joseph and the Amazing Technicolor Dreamcoat) with songs of “The Best of Cuzco” and I made my brother and one of my neighbors to act, sing and dance with me.

I remember very well that at that time music videos began to be very famous and I actually loved them. That was the moment I started to develop this special taste for visual effects, storytelling, and framing. I started to have a great passion for movies and music videos.

My parents thought that my passion for movies, musicals, and acting would be momentary. No one in my family was an artist, the only ones who approached to it in a way, were my two grandpas, one was a cameraman and the other used to paint houses. So this madness of being an artist was rare for my family. My parents supported me but they thought that passion would pass away soon.

I wanted to go to study acting in LA. I am from Mexico and I don’t know if you know but our currency is a bit devalued and it was a bit difficult for me to study in the USA. I know it would take time but it would not be impossible. So I started to prepare. I studied two careers at the same time, the acting career in Casazul and the degree in communication from La Salle University. Meanwhile, I kept auditioning for commercials, series, and movies.

Then, I started writing and directing my own short films. I started to participate in series, short films, and music videos. And I also started working on large productions of commercials and movies as a behind the scenes filmmaker, telling stories with my camera, editing and flying my drone. While I was working I started to save everything I earned to go to study in LA.

Until the moment arrived. I could not reach the amount they asked me to study a bachelor’s degree as an international student but a friend gave me the idea of not doing a bachelor’s degree but to take classes to polish the techniques that I had already learned in the two careers I had already studied. So, here I am taking classes and knowing more about the culture and how the industry works here in the US.

This has been marvelous, cause I discovered the most beautiful thing about myself. My life purpose: why I have always wanted to be an actor? And the answer is, because I need to be that voice, I need to deliver a message of wisdom, selfcare, selflove, compassion and solidarity between us as human beings and with the nature that gives us so much.

Overall, has it been relatively smooth? If not, what were some of the struggles along the way?
It has been a bit heavy cause of language, the culture and sometimes monetary barriers.

But I feel very grateful for everything that has happened to me and the lessons that life has taught me. I feel blessed and happy to be living this adventure, it is difficult and heavy but I am achieving something that I set out several years ago and living it makes me feel more confident. I trust that I am at the perfect moment, in the right place and time.

What do you do, what do you specialize in, what are you known for, etc. What are you most proud of? What sets you apart from others?
Katery is a Mexican actress, dancer, singer and director known for DIAZ a shortfilm directed by Mauricio Ochmann, also she is known for being the lead on the film QUE FALTA by Indigo Bates and for some tv series in Mexico such as “La Guzmán”, “La Reina soy yo” and for being the lead on a Malaysian tv series called “Travel without Ticket”.

Since childhood, she began her professional preparation as a dancer and singer in several academies such as IVT (singing), Justdance and Blackstudio (dance). In the musical part, she loves to play the ukulele and the drums.

As a filmmaker, she has written, directed and edited music videos, digital commercials and short films with world-wide recognized producers such as Aca Films, The Lift, Camaleon, Catatonia and Whiskey Films. And as an editor, she works continuously with the world-renowned advertising agency, McCann. As a curious fact, she knows how to fly drones.

She is this rare combination of beauty, rudeness and sweetness, which fully trusts she came to this world to inspire others and fill them with positivism, self-love and self-confidence.

If you had to go back in time and start over, would you have done anything differently?
Nothing. I’m right were I meant to be. 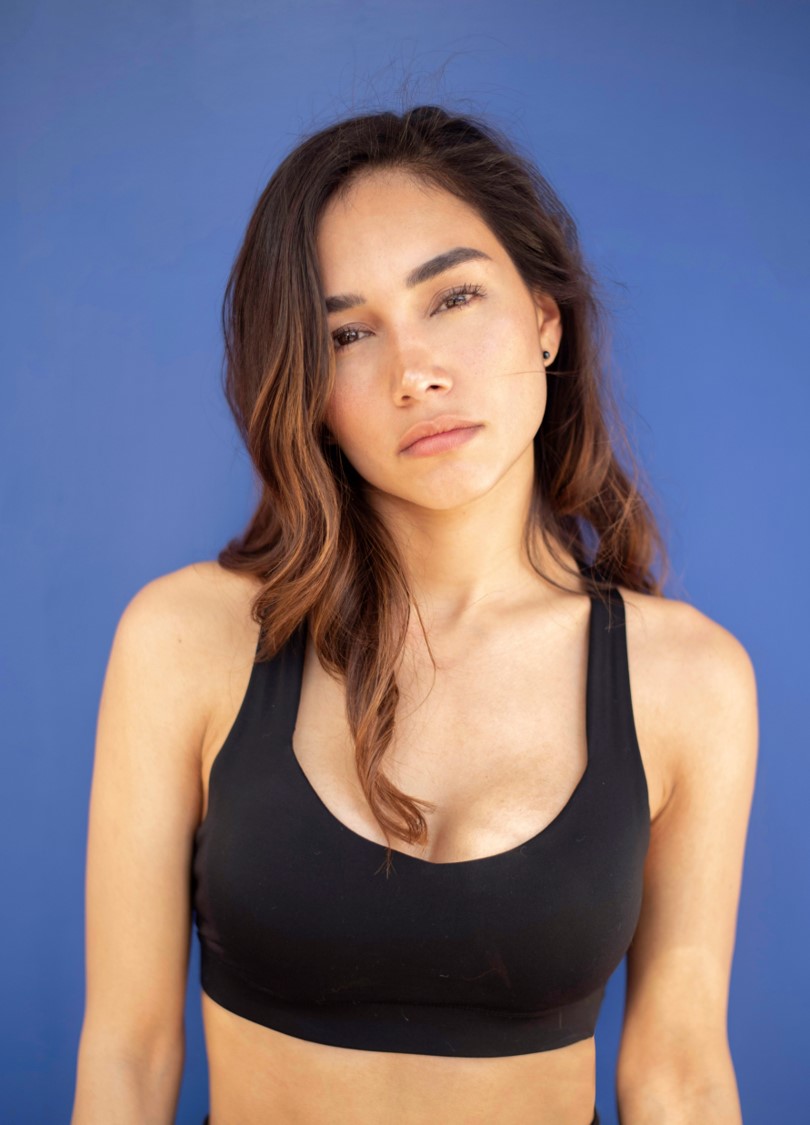 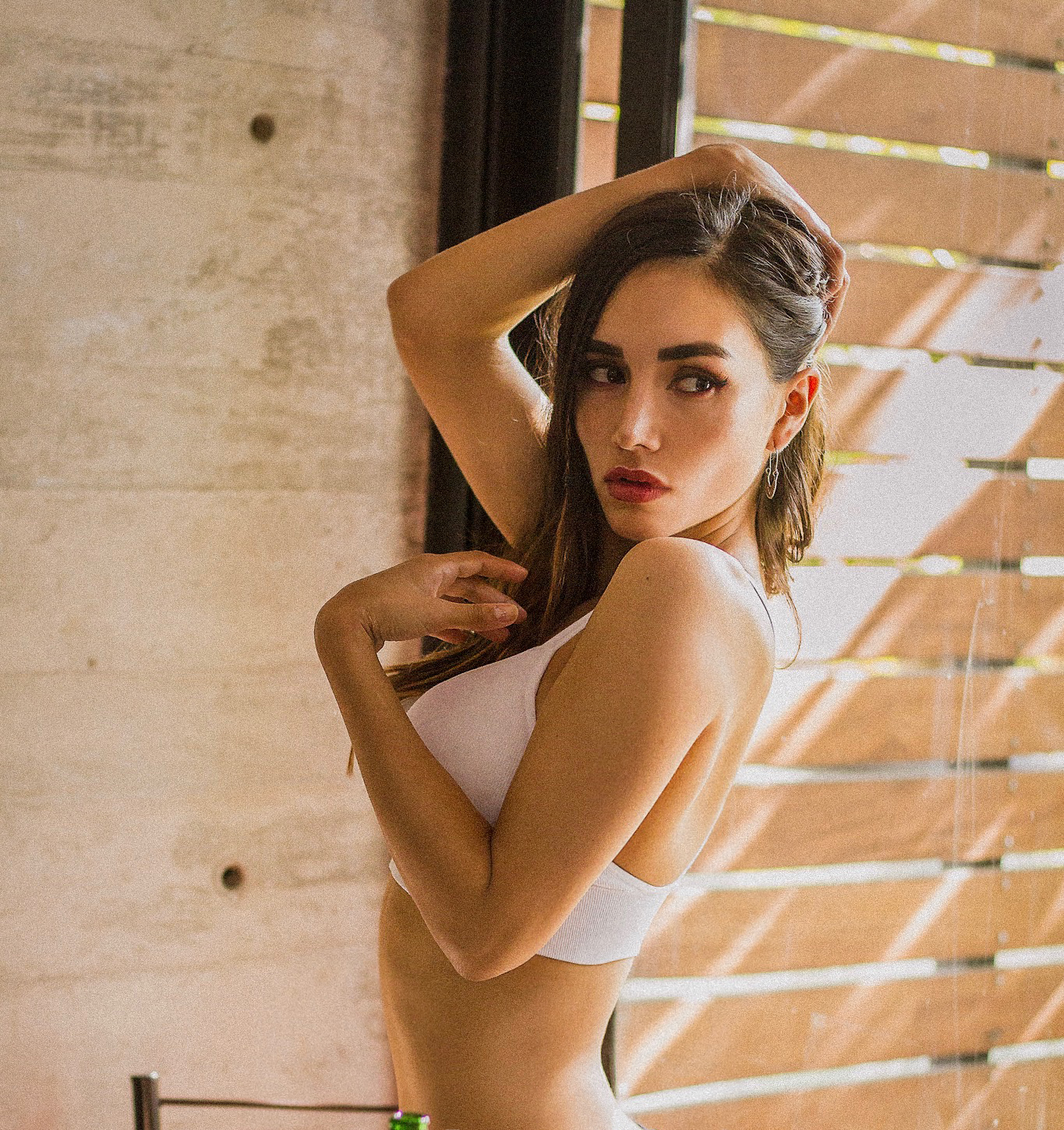 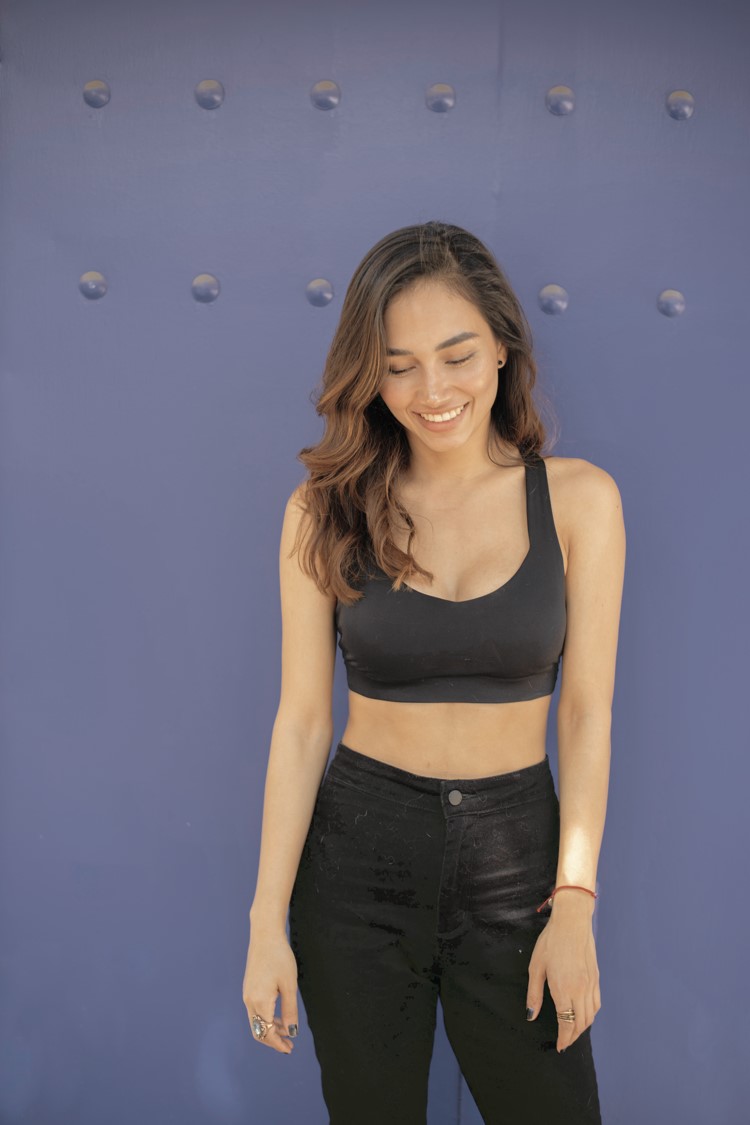 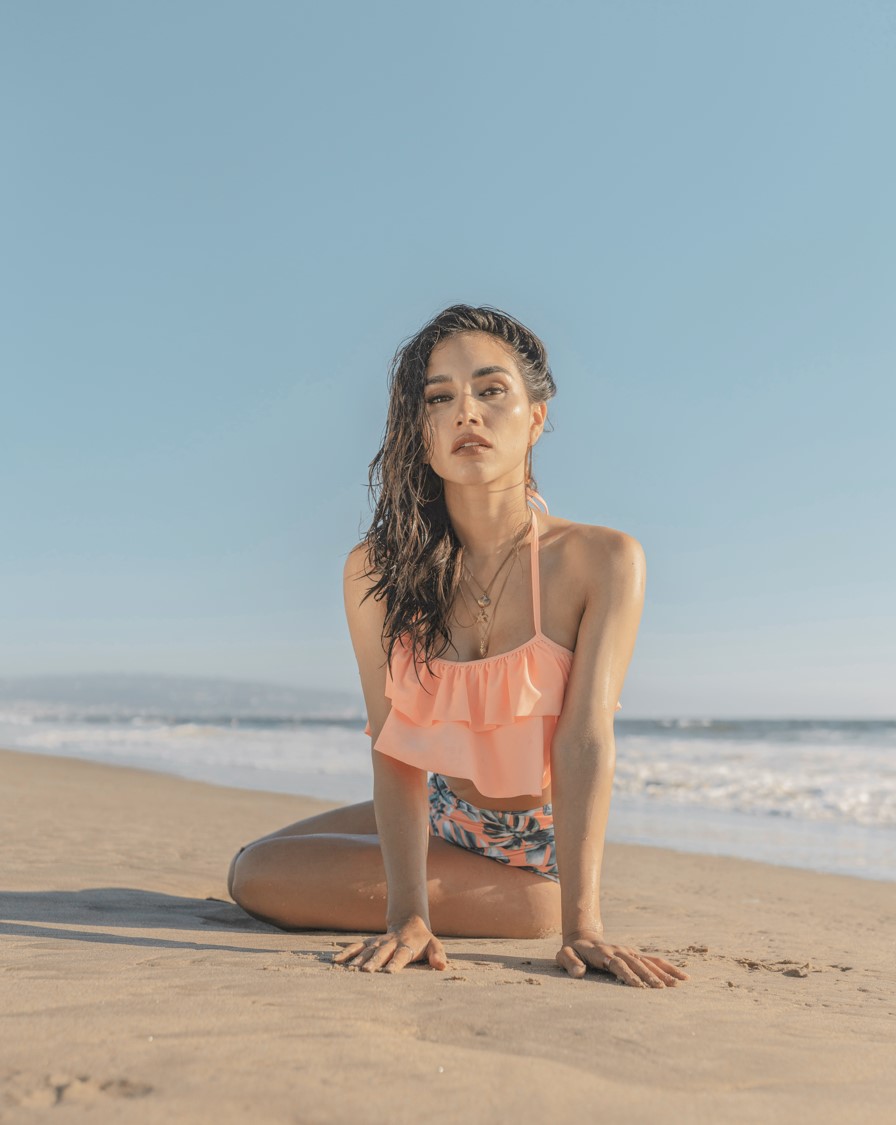 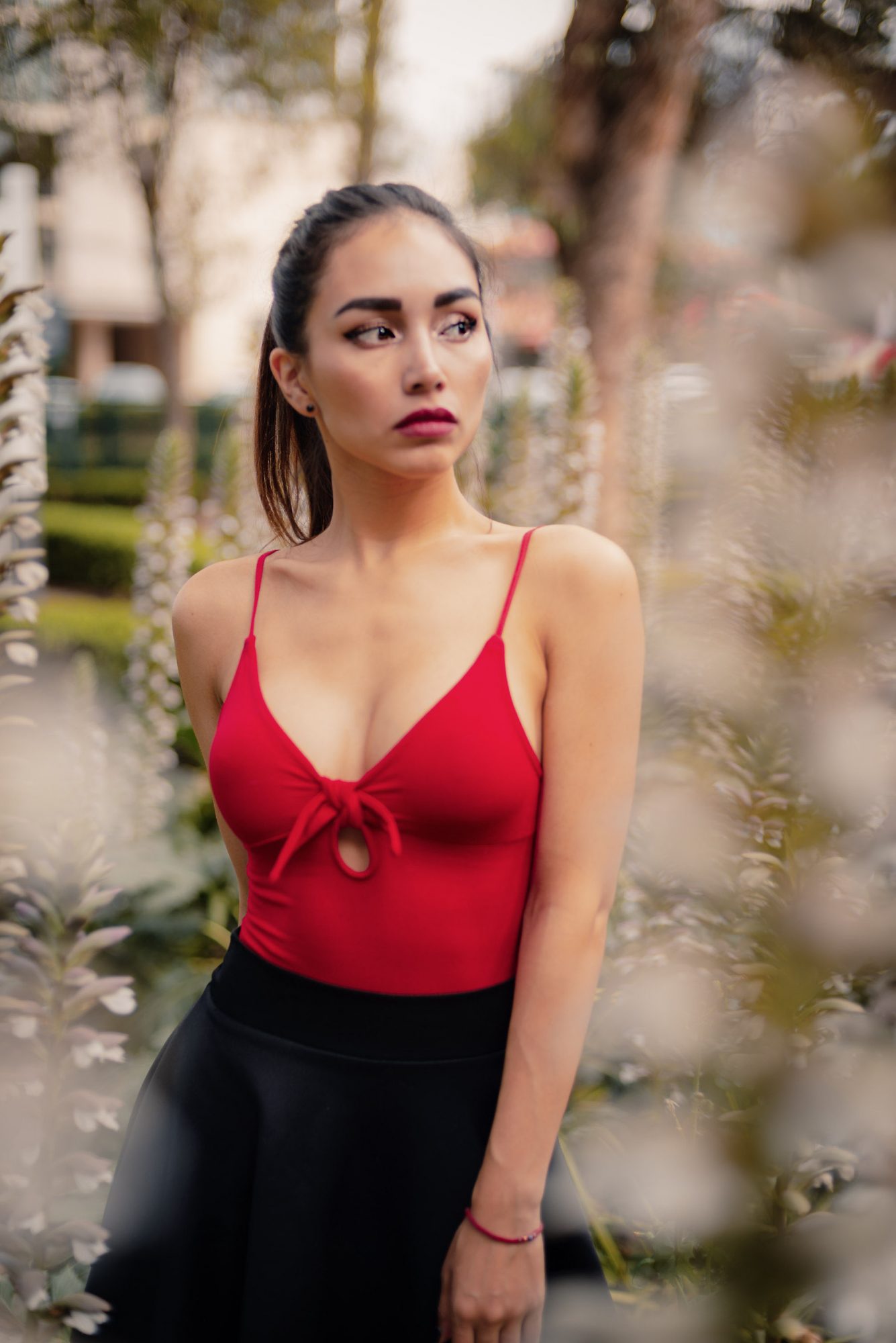 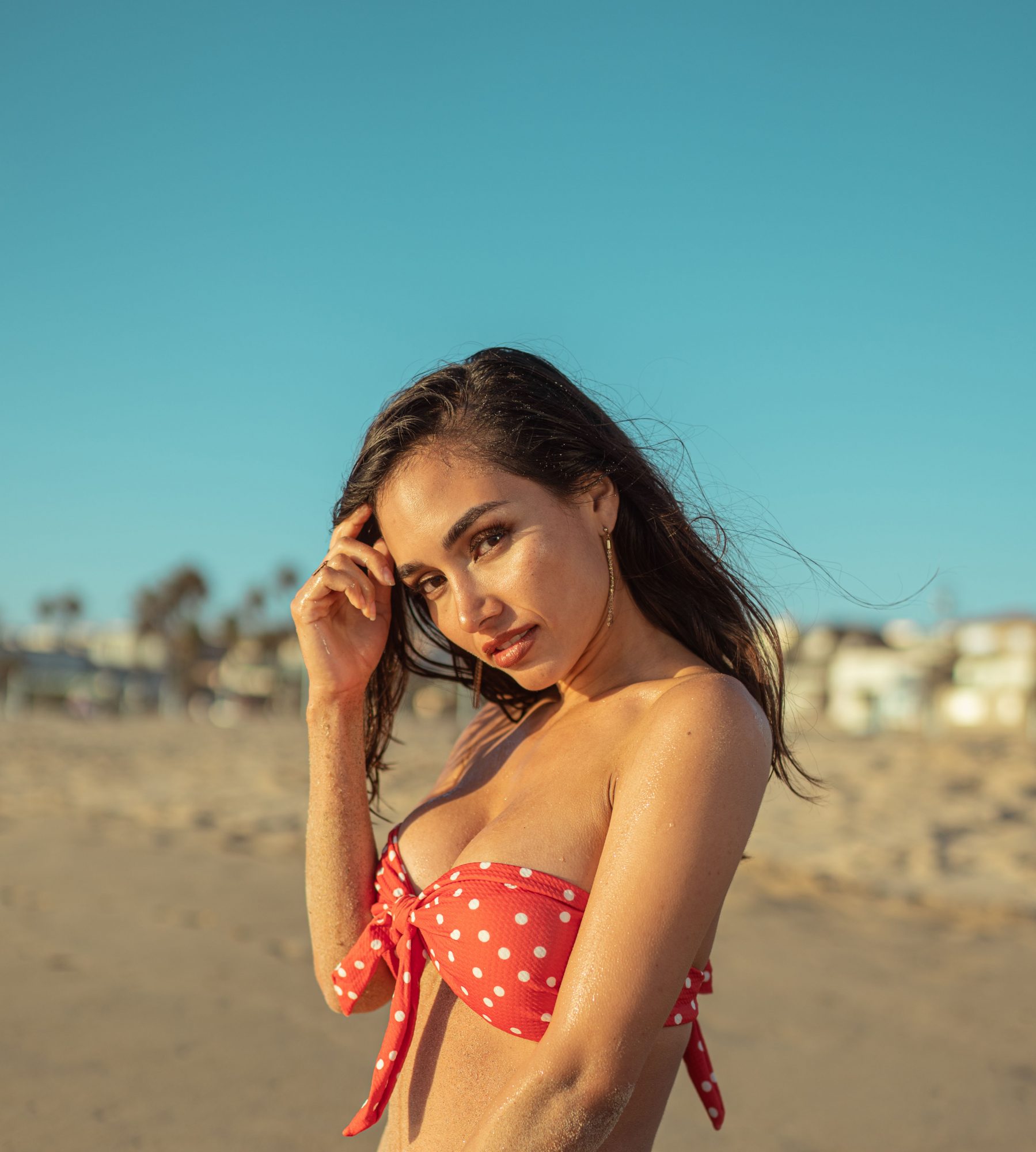 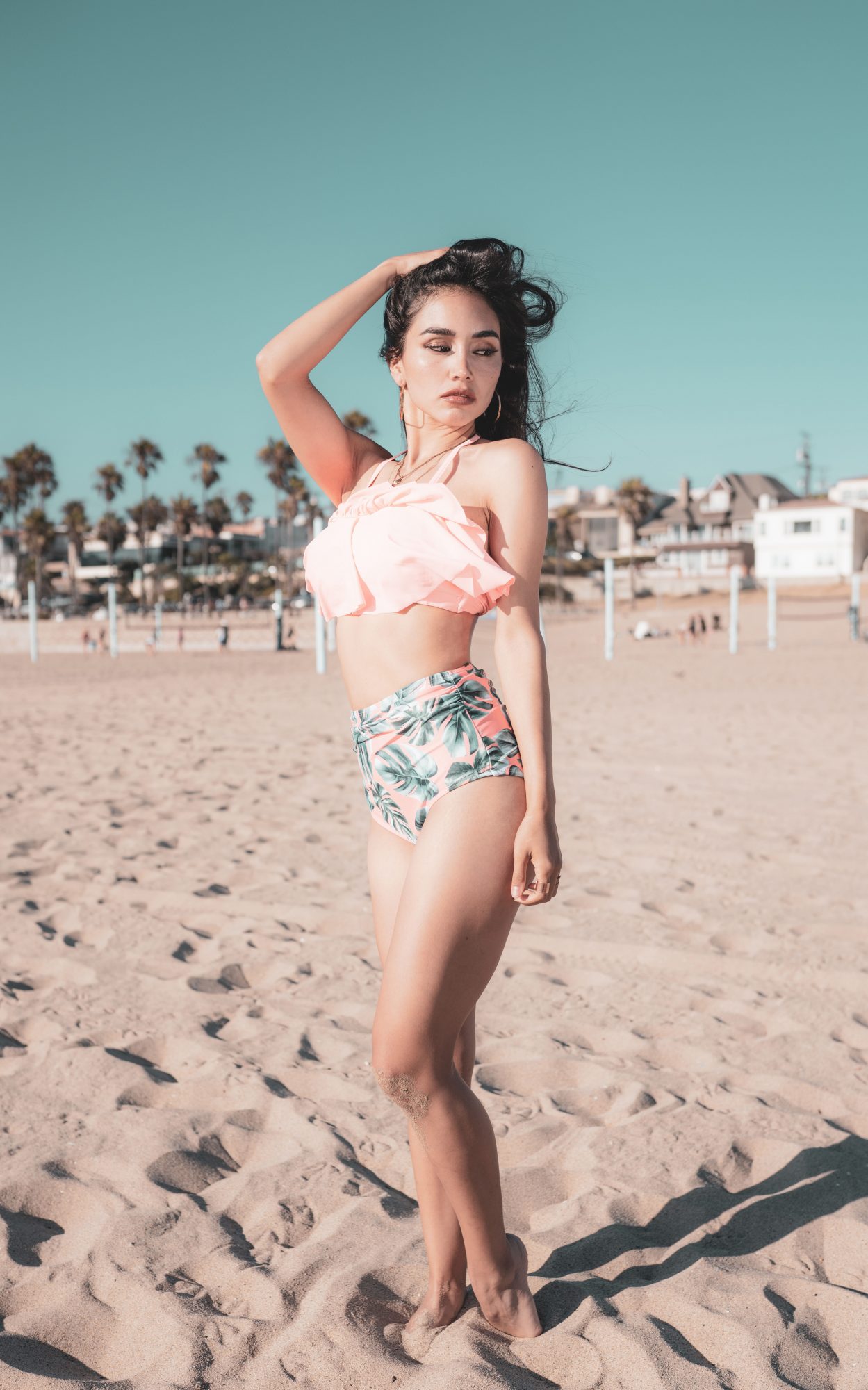 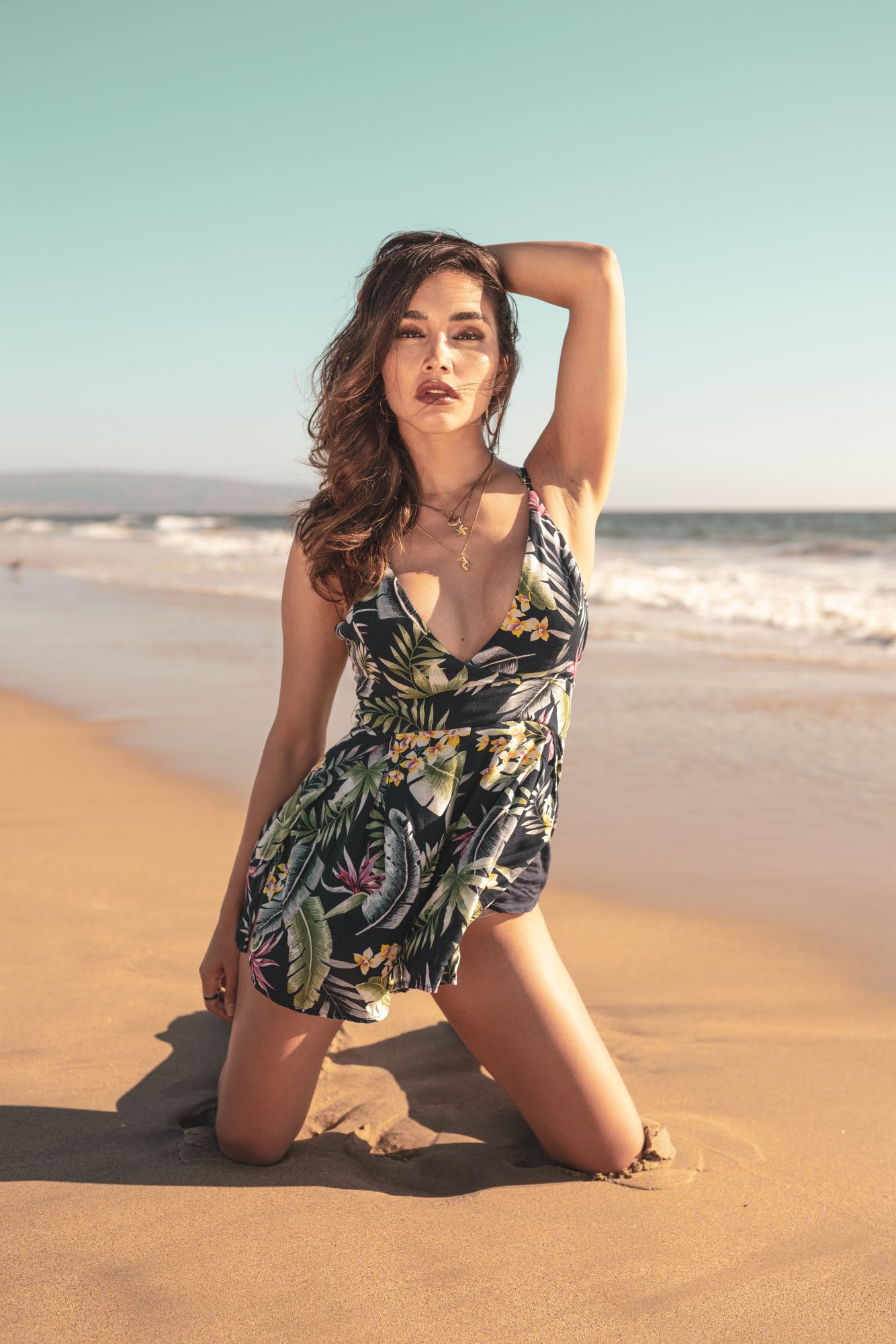 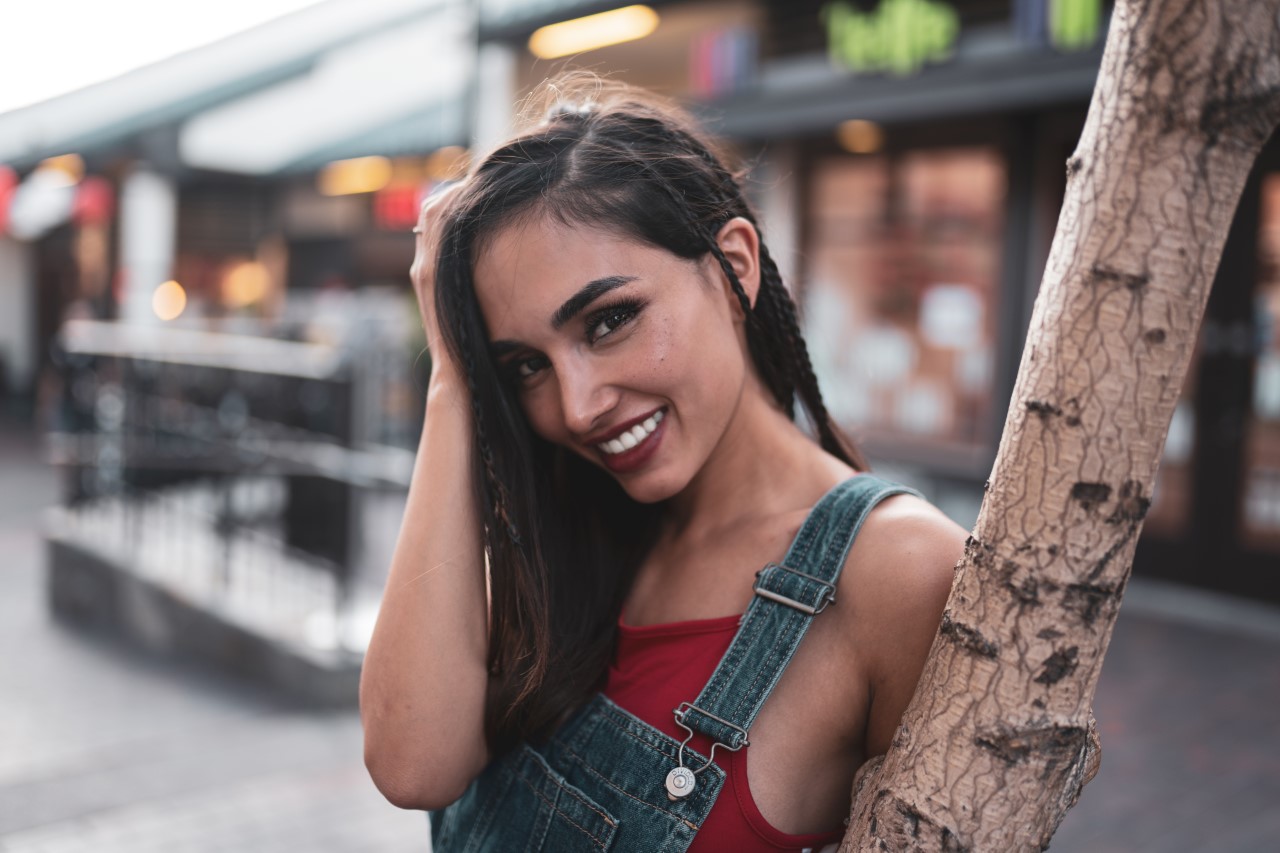 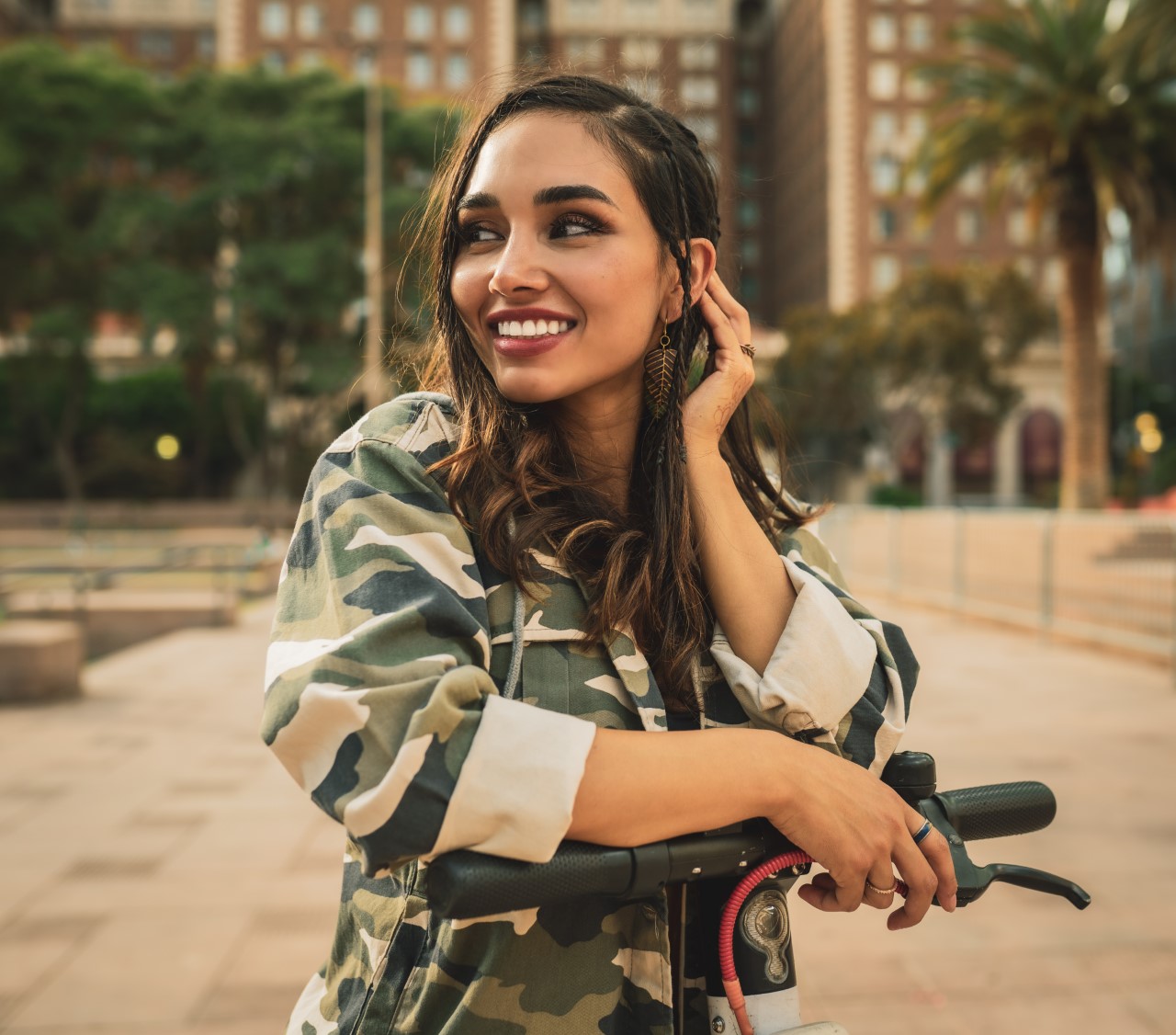