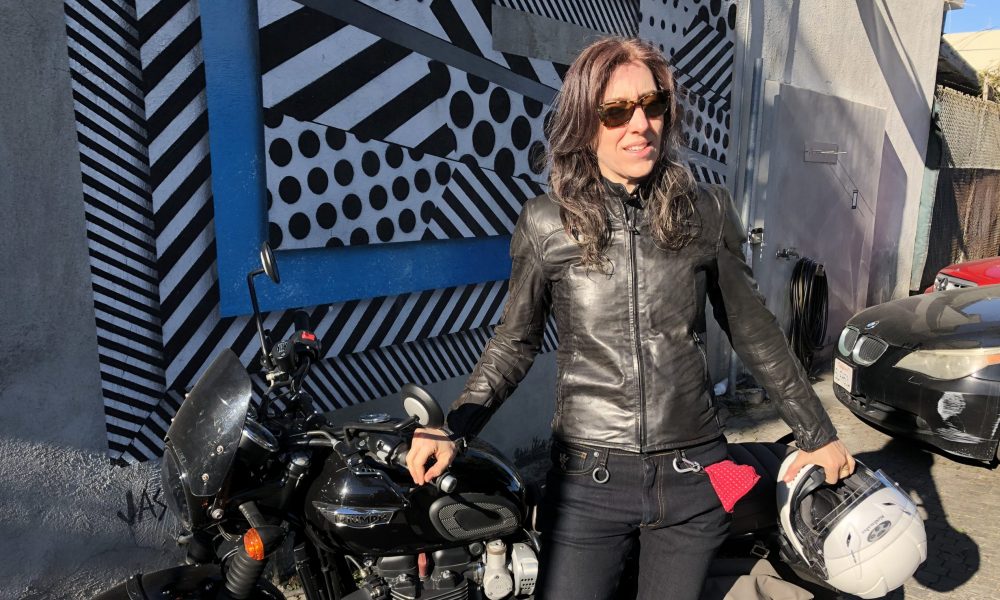 Today we’d like to introduce you to Kate Ingold.

Kate, please share your story with us. How did you get to where you are today?
As an undergrad at the University of Illinois, I studied painting and writing and found myself drawn to film because it incorporated both image and text in one medium. I moved to LA right after graduation, not knowing anyone, and managed to meet enough people to get into the business as a production assistant. Two years later, after realizing that I was stuck in a producer track when I wanted to be doing creative work, I moved back to Chicago, started studying and teaching bare knuckle, full-contact martial arts, and applied to graduate school. I landed at the School of the Art Institute of Chicago in a new Studio Writing program that was about interdisciplinarity. I studied with a number of wonderful writers and artists and worked on image/text work centered on photography and poetry, with a keen interest in how work involving both can become a third thing, one that is reliant on both to be transcendent. I also interned at a community-based non-profit called the Neighborhood Writing Alliance (NWA). After graduating, I was hired to work at NWA full time, first as Assistant Executive Director and later as Executive Director, where I oversaw a program of writing workshops with adults and edited and published a quarterly literary magazine, the Journal of Ordinary Thought. The job was all-consuming yet rewarding. I had started to identify as a non-profit administrator rather than an artist, and with so much responsibility as the Executive Director, I had little time to write or make art of any kind.

In 2002, I moved to New Orleans with my husband who had started graduate school at Tulane University. I knew it was an opportunity to shift focus, but I wasn’t sure how to do it while still earning a living. I taught writing at a local community college and at the University of New Orleans. At the same time, I was making art, but not showing it much. That changed in the fall of 2004 when my husband was called up to join his former National Guard unit in Afghanistan as part of the notorious ‘stop-loss’ program. I decided to leave my teaching position, moving our things out of our apartment just weeks before Katrina struck the city, and return to Chicago. My husband was in a very dangerous role in Afghanistan: he served with one other American in an advisory role to the Afghan National Army, leading a platoon of Afghan troops in missions for the Marines and Special Forces on the Pakistan border in Kunar Province. It was an incredibly stressful time — weeks would go by when I didn’t hear from him. During that time, a young woman was walking on Fullerton Avenue under the overpass of the highway to O’Hare airport in Chicago and saw an apparition of the Virgin Mary. The salt-stain-turned-Virgin became a makeshift shrine, with hundreds of people coming to the site to write messages on the graffitied wall, leave candles and flowers, and pray to the stain. I started photographing the site, particularly the wall around the stain that had become a palimpsest, with messages covering cracks and marks, pleas on top of crass graffiti. I printed the photographs and began to physically manipulate the photographs, either scratching into the surface or sewing into it with metal wire. I saw the photographs as substrates for drawings so I only printed each photograph once. I also started writing poems and soon found that the work needed to be a series, which I ultimately called 21st Century Retablo. 15 pieces from this series are now in the permanent collection of the USC Fisher Museum of Art.

My life as an artist really began with the making of the Retablo series. While I’ve continued to have other jobs to make a living, I identify first and foremost as an artist regardless of what other roles I take on in my life. Today I teach image/text collage occasionally, write and edit occasionally, and make art always. My work now involves textiles, video, collage, and, more recently, performance. I was invited to participate in the Havana Bienal last year, where I performed a day-long solo piece at the Blockhouse as part of Cantos Comunes, a Fluxus-inspired day of happenings. My husband and I moved from Brentwood to Pasadena a few months ago and now I have a studio in the garage, which is opening up all kinds of new possibilities.

We’re always bombarded by how great it is to pursue your passion, etc – but we’ve spoken with enough people to know that it’s not always easy. Overall, would you say things have been easy for you?
I would say my journey so far has not been smooth, but it has been interesting. I’ve had the opportunity to live in some of the world’s great cities: Chicago, New Orleans, Oaxaca, Los Angeles, and now Pasadena. I’ve never been someone with just one interest… Even in my art-making, I shift and move between mediums. I have made paintings, photographs, sculpture, collage, video, and performance. Next, I would like to try ceramics. I have a love of ceramics and I’ve discovered that it’s important for me to follow my loves.

As far as struggles go, I think one of my biggest career barriers has been my uneasiness with self-promotion. It is essential in the 21st century to self-promote and even to be a ‘brand,’ yet I find the whole idea of making myself into a ‘brand’ disagreeable. I started studying and practicing Zen Buddhism in 2004 and I think that practice has made me even more skeptical of the entire self-promotion enterprise. Yet I recognize that it is what I have to do in order to participate in the ongoing, worldwide dialogue that is visual art. Perhaps someday I’ll become competent at it!

We’d love to hear more about your work and what you are currently focused on. What else should we know?
I am a visual artist and poet working in a variety of media, from textiles made from recycled and new materials to stitched and etched drawings on digital-photograph substrates, sculptural and video installation, and image/text collage. In my work, I examine issues of disturbance, reparation, collapse, nostalgia and regret. I work in series/projects and often pair my visual work with poems.

My current series is “Damaged Goods_Small Repairs,” a multidisciplinary inquiry into tenderness, disintegration, repair, and the body. Touching on aspects of mourning and loss, the work begins with “damaged goods” — torn and discarded antique quilts (including mourning quilts); broken porcelain figurines and other objects; vintage magazines; photographs of taxidermied animals, broken mannequins, and other scenes that show decay, abandonment, or misuse. The series includes photographs, drawings, textiles, sculptural and performative installation, collage and video.

Additionally, I write and teach and sometimes collaborate with non-profits to make good works in the world. I have an essay forthcoming in an edited volume on the visual arts and human flourishing and well-being and I occasionally have poems published in online and print journals. My chapbook, Dream of Water, was published by the Poetry Society of America in 2008 after it was chosen for their National Chapbook Fellowship award by Harryette Mullen. In all of my work, I try to follow where the work needs to go in order for it be most effective. In my own visual work, this might mean using textiles rather than paint to make a work or doing a performance rather than make a physical object. In my other work, it means listening deeply to my students and collaborators, so that together we might get to where we want to go collectively.

So, what’s next? Any big plans?
Since moving to LA in 2016, I have mostly worked out of my apartment, clearing room on the dining table to make art and then clearing it again when it was time for dinner. I had a residency at the Camera Obscura in Santa Monica in 2018 which was a fantastic experience, but other than that I was stuck making do in small spaces. This all changed a couple of months ago when we moved into a house with a garage in Pasadena. The garage has become my studio and I’m excited about making work there and also, perhaps, collaborating with other artists for little shows or presentations. I am co-hosting monthly artist gatherings in the space already and putting together a new project of publishing artist books and hosting performances/installations by other image/text artists. Over the years, a number of artists have invited me to make new work in their informal spaces (MOSNART in Chicago. Cultivator at Bray Grove Farm) and I would like to be able to do the same for other artists. This project is in its infancy, so I don’t have details yet, but it will be revealed soon. Watch my website and Instagram for announcements.

And, as we’ve done since we moved out here a few years ago, I’m hiking with my husband and our dog Peanut almost every day. One of the things I love about Southern California is the incredible access we have to natural beauty. Who needs a gym when you have the San Gabriels and Santa Monicas? I’ve also been learning how to ride a motorcycle, which has been a blast. I didn’t realize how skill-based it is, which has been a pleasant surprise. Weaving our way through the beautiful canyon roads around here has been a lot of fun. 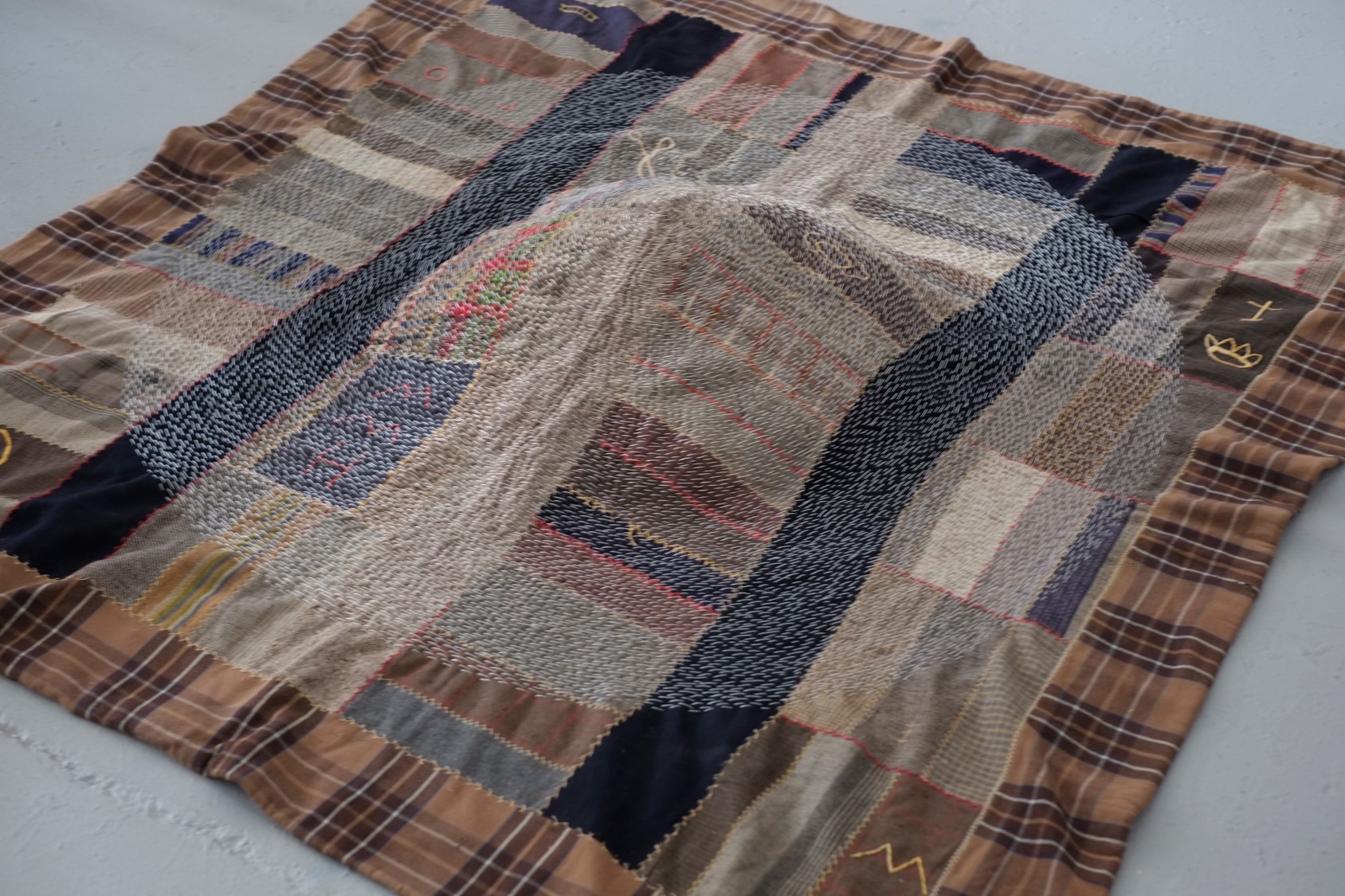 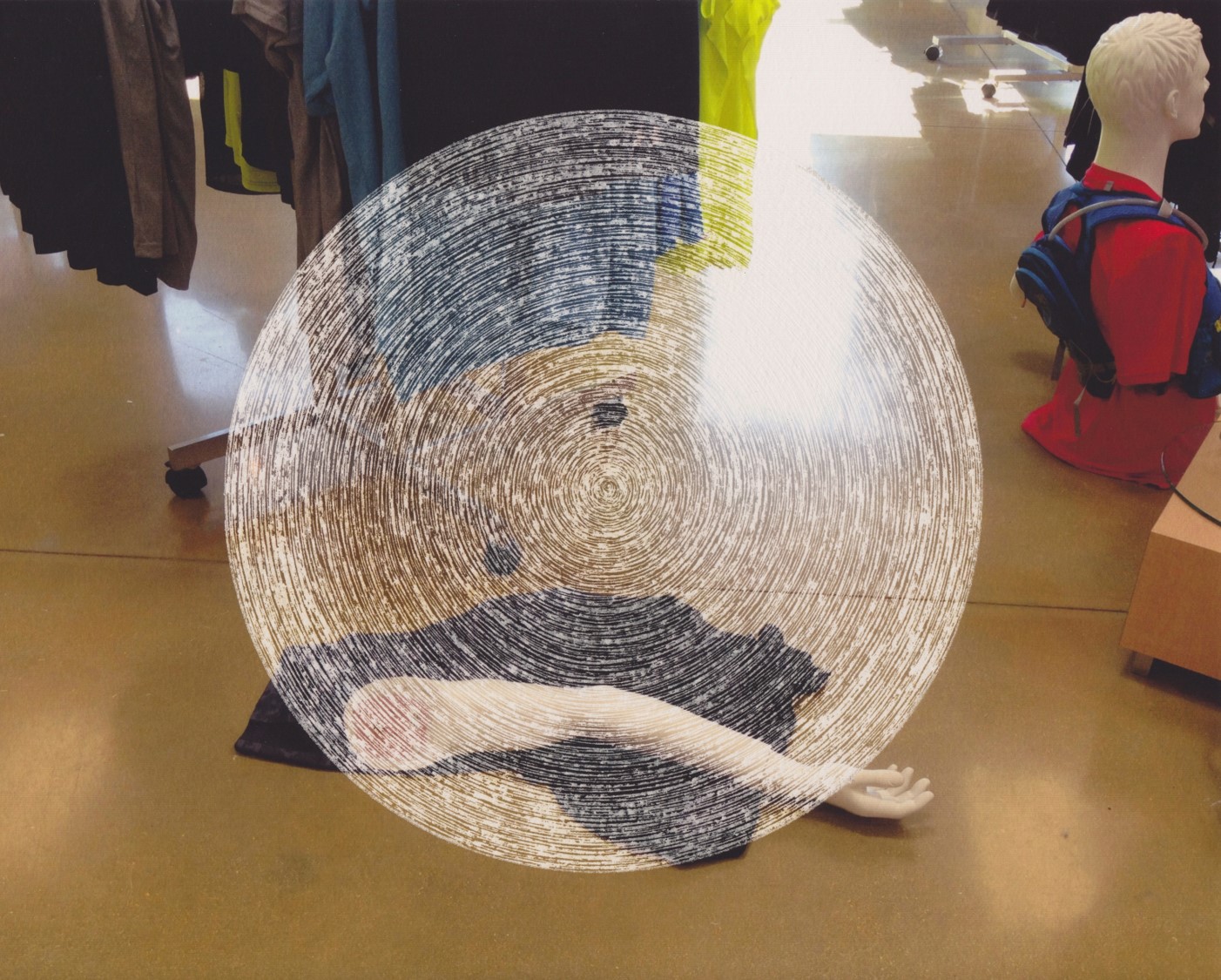 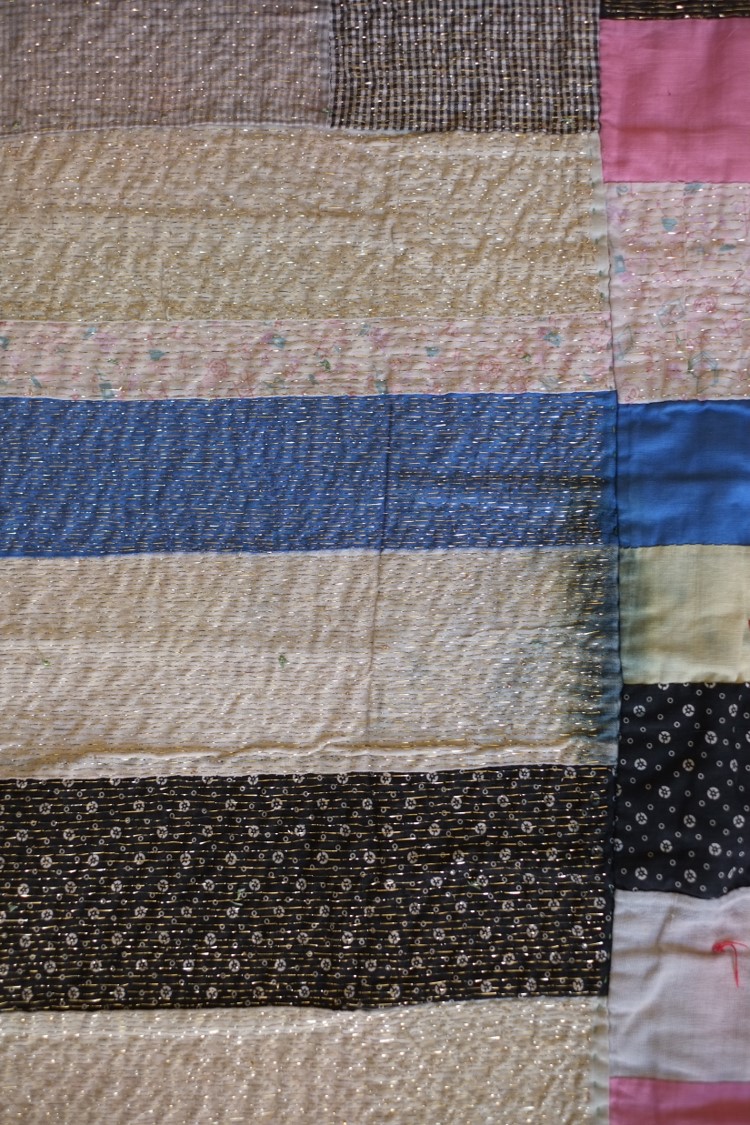 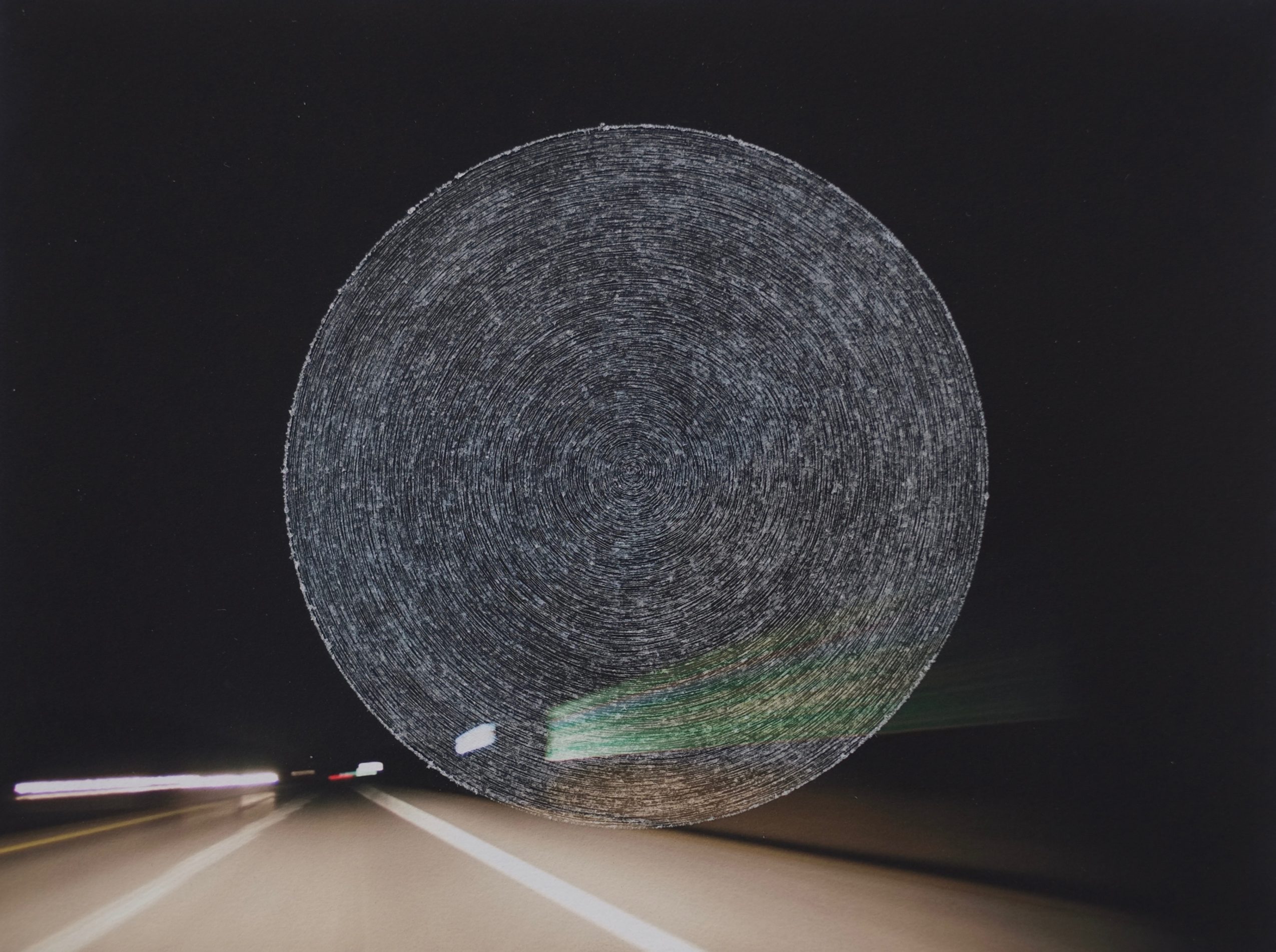 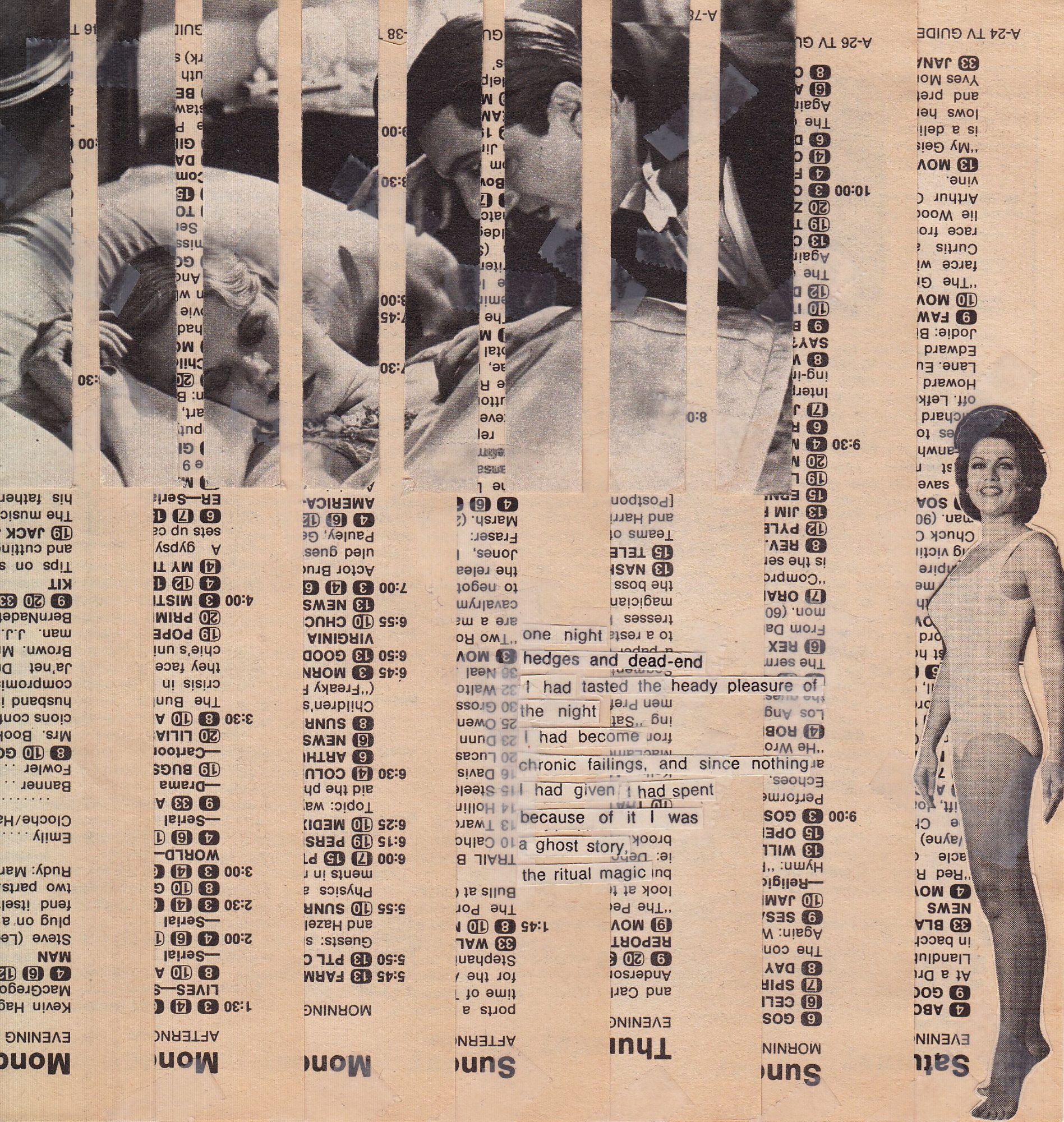 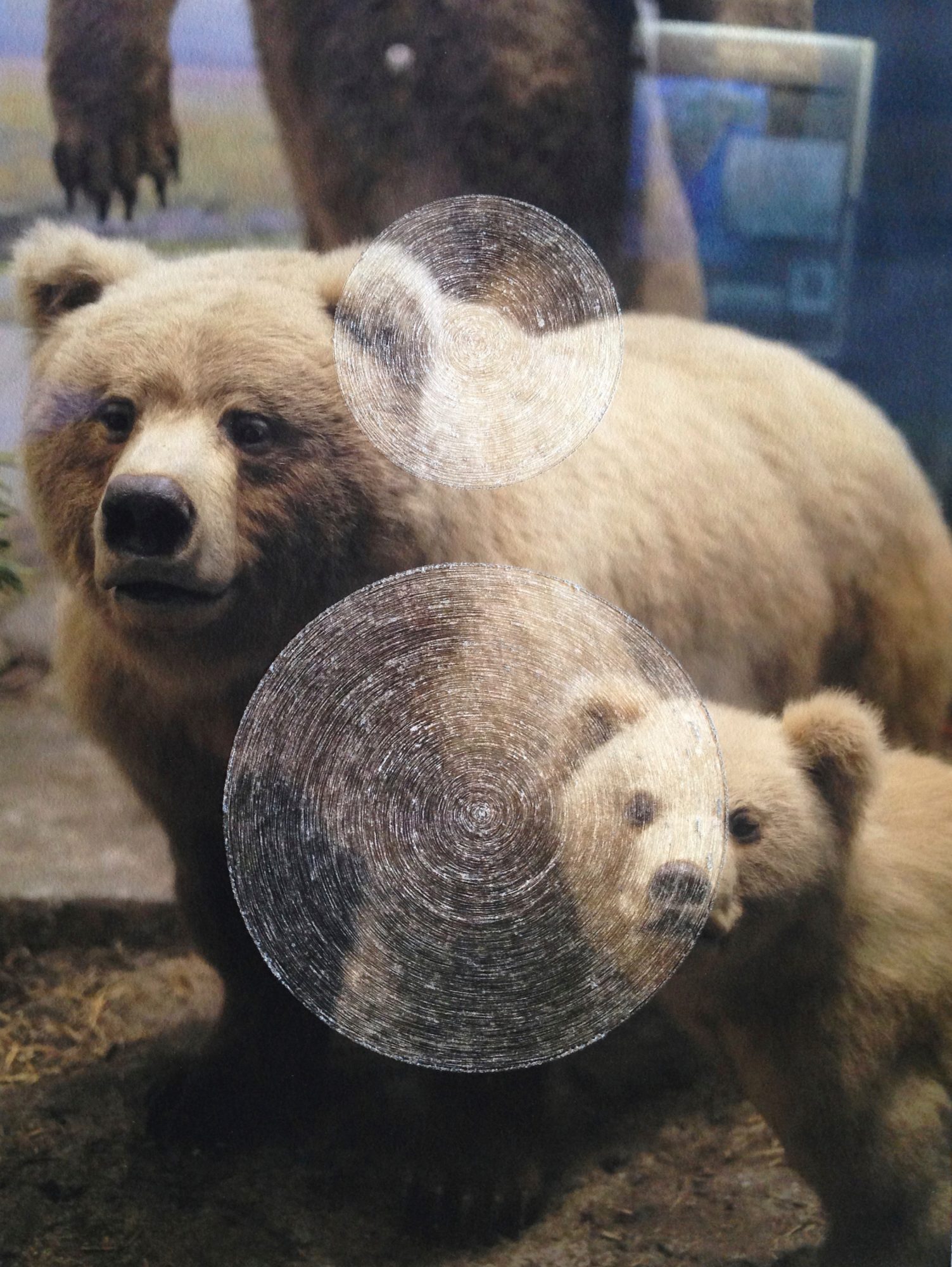 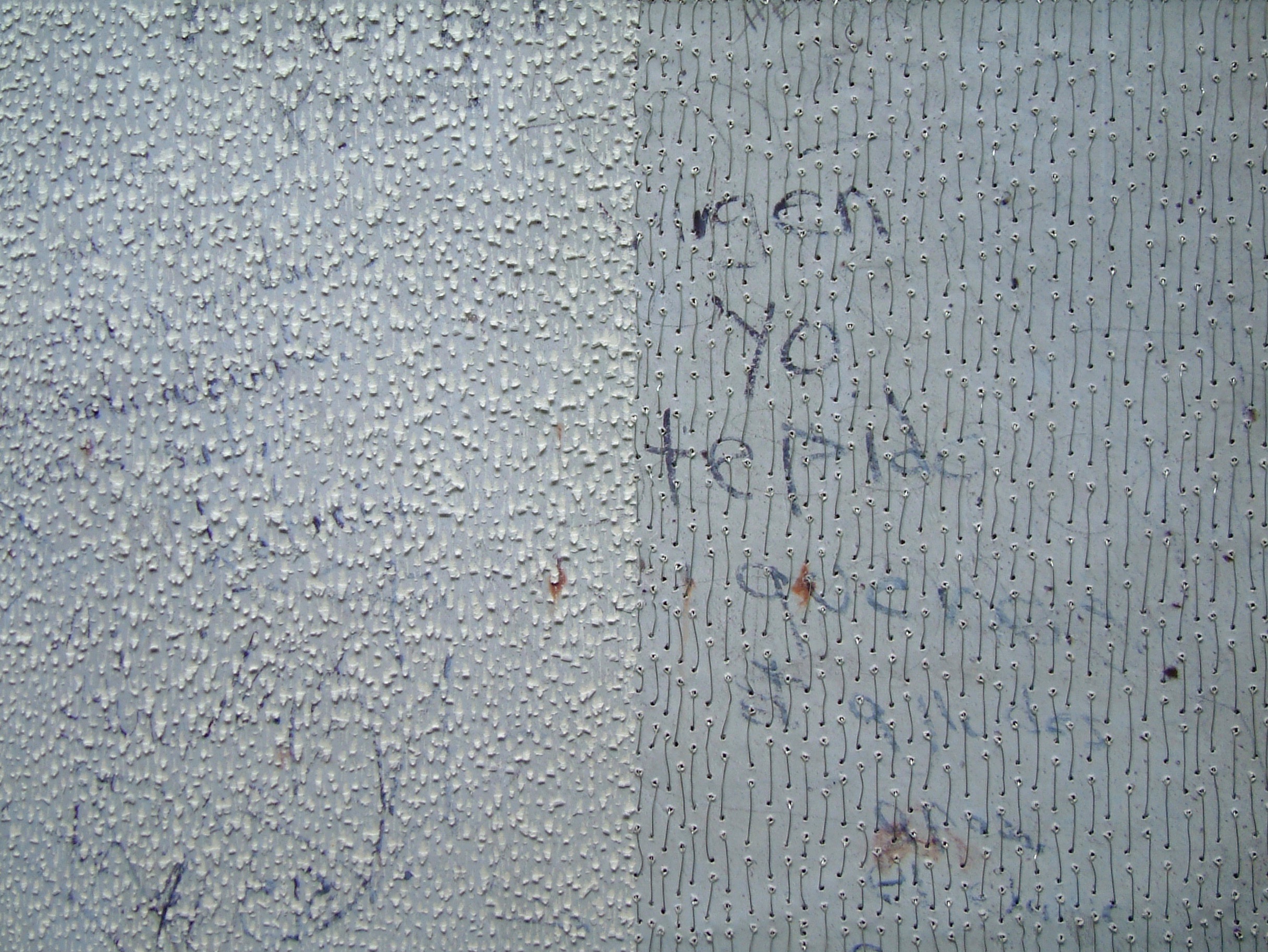