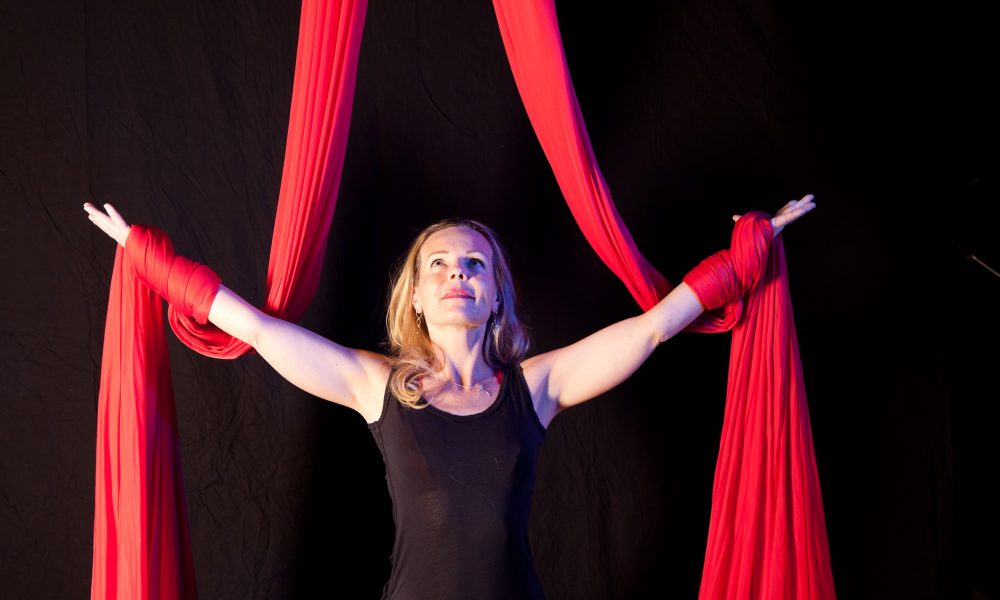 Today we’d like to introduce you to Kat Bylska.

Kat, can you briefly walk us through your story – how you started and how you got to where you are today.
Entertainment has long been a large part of my life – from performing in dance recitals at the age of 5 after my family moved to the US from Poland, right before Martial Law was implemented in 1981; to then relocating to Los Angeles in 1989 so that I could further pursue my passion for dance as well as my newly discovered love of acting. I spent a few years actively working in various facets of the industry until taking a break to get my Bachelor of Arts degree from the University of La Verne in 2001. Throughout the many years in and out of the business as well as spending the majority of my adult life maintaining a career in commercial real estate as a Lease Administration & Audit Manager, I could never escape the magnetic pull that the arts have held for me. No matter where I was working or living at a given time, I always felt that there was a hole in my soul – my very being – if there wasn’t some form of performance and education accessible in some aspect of my life. For me, art was my form of communication and self-expression. It was a toll to convey the things that I could not or would not say with words. It is in that vein that I’ve felt a very special connection to those who, were unable to communicate and /or be understood themselves.

I do not recall a time in my life, including my childhood wherein I was not dancing or performing in some way shape or form. Throughout most of my adulthood, there has seldom been a time where I have not been completely conscious of the way in which I may be perceived by any person at any given time. That is a lot of time spent worrying about what other people may or may not be thinking of or about me. Some may call this narcissism, but when you live your life as though there is something wrong with you, you don’t deem yourself worthy to participate in life, I would hardly consider that sort of existence to be what we have come to associate with narcissism. All of this is to say that most of my recent memories constitute my seemingly endless quest for happiness, satisfaction or any sense of fulfillment. For the longest time, I felt alone and isolated – no one could possibly understand.

Ultimately, as a society, we have allowed ourselves to become so consumed by “having” and “getting” that we have lost sight of who and what we are – to ourselves and each other. Over the course of the life I have lived so far, I’ve managed to spend time in every self-destructive behavior that we currently know and even some that we have not yet defined. We have been taught to believe that we will not be accepted and our lives are empty and meaningless until or unless we: drink this booze…wear this designer…drive this car. But this is not merely a symptom of today. This has been the plague of the human condition – that is, that we are not complete as we are. In order to attain {insert appropriate religious or spiritual euphoria}, we must be, do, say or have ‘x.’

Each generation and culture defines this x-factor using different words, but the meaning is ultimately synonymous with “there must be something more…something else and in order to gain access, you must be or do or have something other than what you are.” We have been told this since the dawn of time. Throughout the course of life as we know it, although the form of “x” has evolved, the essence of “it” has remained constant.

As the years go by, an ever-increasing longing to be of service and contribute in some way continues to manifest itself and when I could no longer contain it, Katz-Entertainment was borne into existence.

We’re always bombarded by how great it is to pursue your passion, etc – but we’ve spoken with enough people to know that it’s not always easy. Overall, would you say things have been easy for you?
When posed with some form of the question as to whether or not my path has been a smooth one, I am torn as to how to respond. My parents are truly the epitome of the “American Dream” – if there even is such a concept anymore. They were forced to flee their homeland – their families, careers and all they held dear- and begin anew. I think at some point we have all wished or wondered about beginning our lives again. My parents had no choice and had to do so in a place where they did not speak the language, knew no one, had no money, jobs or shelter for themselves and their 2 children. I was only 2 when we came to this country so I don’t remember the ordeals that we went through. My brother, who was 6 years old, remembers what it was like for us and let’s just say, it was not easy.

No one has it easy – there is no such thing as an easy life. There is, just life. I am blessed to have the best, and worst, of 2 seemingly opposing ways of thought. My father is an artist, a dreamer and visionary. My mother is a practical, analytical, driving force who stops at nothing to ensure that her family never goes without.

Both of my parents encouraged my brother and I to never settle and to above all else, find and be happy – regardless of the path we would choose. It is only because of them – knowing that no matter what this world may have in store, they will never abandon us – that I have been able to continue pursuing my dreams.

We’d love to hear more about your business.
Katz-Entertainment is an amalgamation of all that I believe that each of us are, at our core. I realize how cliché it has come to be in our present society; but nevertheless: The fundamental philosophy behind all that comprises my company and the brand, is that of creating the possibility for society to embrace a transformative language that seeks to eradicate all that currently divides us as a civilization. Namely, it is our communication and the way in which we do so, that is at the root of alienation of any being   most, if not all, disagreements (however seemingly insignificant they appear at the time) are bred from misunderstanding(s). This misunderstanding stems from the limitations of our current method of communication – words & language.  Since, words are finite, in that they have a preset meaning attached, even before we are born into this world. What becomes problematic, is that each word can have such a vastly different meaning to each individual, that there is no single method of unification via the status quo. Katz-Entertainment, through its subsidiaries, seeks to inspire a new world order wherein every being is not only heard and understood, but loved and accepted unconditionally and without any judgment or condition. Katz-Entertainment has been created. Katz-Entertainment is merely the blanket that encompasses inspiration and education through:
Katz Kabaret – Performance Art Expression, namely dance and movement in all forms
Katz22 – Literary Expression through our current, limited tool of language but transform the way in which it is being used from divisive to unifying
Jerzykat – Musical Expression through song, instrument(s), rhythm, harmony, melody, beats, etc.
Boobiekat – Animal Rights through the use of images, memes, humor to convey the message that every life is just as significant as another
JKat/Katface – Avant Guard Expression to eradicate notions of right/wrong & good/evil but without seeking to impose any sense of morality on topics our society currently holds as taboo, such as sexual expression

What I am describing seems like quite a mountain to climb and it may be. For this reason, I aim to take one project on at a time until the moment in which they all collide in a magnificent explosion of transformation.

For me, dance was my solace, my Garden of Eden where I was free and time stood still. I felt connected, not only to myself but the world – even if there was no one around. Katz Kabaret is the primary focus of my company at this time. I created the company so as to provide an opportunity for anyone who seeks the highest level of technical training and skill to be able to have access to such training; without the pressures and judgments that make so many afraid to take part in classes so as to not “look bad.” As a dancer and performer who has been in the industry for most of my life, I understand the insecurities that can be felt upon walking into a traditional professional dance setting and wanting to run out of the room. Katz Kabaret is for anyone and everyone who desires professional level training and education without the professional level bullshit that goes along with stereotypical studios – especially in LA.

What were you like growing up?
My parents have said that I was happy child, laughing and smiling, always affectionate and open about how I felt. We had very little when we first came to this country, but somehow, my parents managed to expose and keep us ingrained in art, in whatever form it available. When I was about 3 or 4 years old, we were invited to very prestigious basketball game wherein we had courtside seats. Prior to the start of the game, the stadium lights were dimmed to a level where you could barely see what was in front of you, for the singing of the National Anthem. When the lights came back on, I was down, on the court dancing with the team cheerleaders. In fact, it made just an impression that the moment made to our local news that night. The most significant moment during my early childhood, was seeing “The Nutcracker” when I was 4 years old. In that moment, I decided that I would become a ballerina. At the age of 5, my parents enrolled me in dance classes. At the age of 9, I was recruited by a local modeling agency which became the impetuous for my family’s move from Amarillo, Texas to San Dimas, California.

I have had a love affair with animals longer than even with dance. We had pets growing up – a bunny, two parakeets, a pup and a cat. I remember always feeling a sense of connection to them beyond that of most humans, when I looked into their eyes. There was never a dog that could be walked in my vicinity that would not end up being molested by me – obviously, I am being facetious. Nevertheless, one dream that has remained from my childhood is to somehow save all of the world’s animals from any hunger, neglect, abuse and exploitation. Although it may appear that there is no connection to my business by the mention of the significant role animals have played in my life; they are the epitome of the voiceless in our society and throughout the history of human civilization.

I think that on some level, I have always known that I needed to have the loves of my life incorporated into something unlike what I have ever seen or known. Ultimately, the goal of Katz-Entertainment is to transform the world in which we know it, into a world we could never imagine was possible.