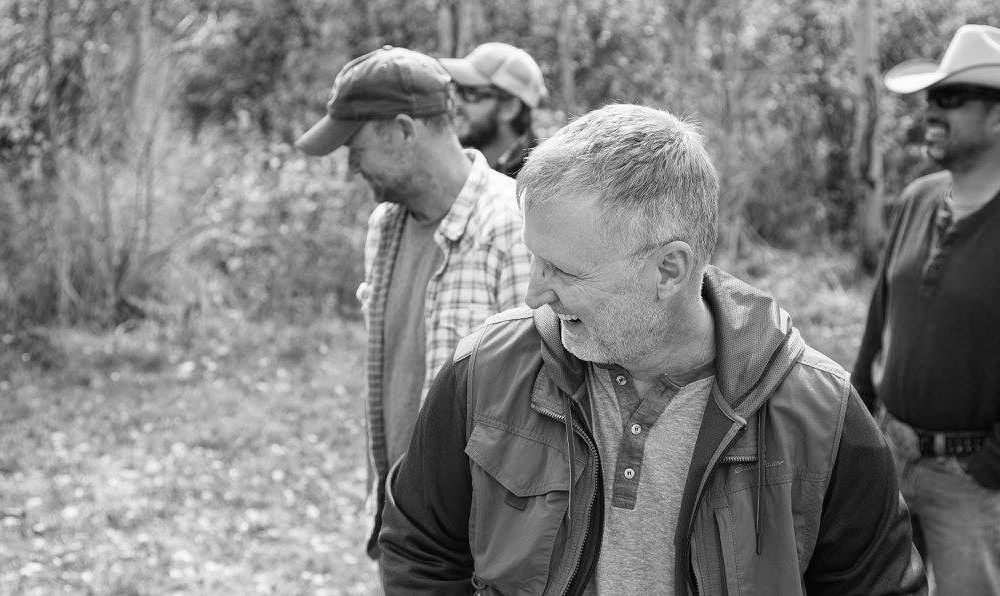 Today we’d like to introduce you to Karl Monger.

Karl, let’s start with your story. We’d love to hear how you got started and how the journey has been so far.
I was an Army officer serving in the 1st Ranger Battalion in the early 90’s, and on October 29, 1992, an Air Force Special Operations helicopter crashed in the Great Salt Lake during a training mission. Among the twelve killed were several close friends of mine. That set in motion a series of events that led me to leave active duty the following summer. My transition was frustrating. It seemed no one recognized the value a former Special Operations Captain with a Top Secret Clearance, who had successfully commanded over 150 soldiers for two years could bring to their organization.

In fact, one HR director told me and I quote “hmmm, Army officer. You guys are good at taking orders and doing what you’re told, but here at this company we need people who have initiative, think outside the box and don’t need constant supervision”. The words stung, and I took the first job offered to me. It had no responsibility and no authority and paid nearly half of my former Army pay. Two years later an Army buddy reached out and hired me to work in his company, in a field with which I was completely unfamiliar. He told me his willingness to take a chance on me came from “my discipline, integrity and demonstrated the ability to learn” and that “if I decided this was what I wanted to do, I’d be successful and he’d help me”.

Over the next fifteen years, I worked for him at several different companies, always moving to positions of greater responsibility and authority. Without him, I don’t know where I’d be today. I was, like many young soldiers leaving the military, without a retirement and with a young family, needing income and medical insurance. Then 9/11 happened, and the Rangers that parachuted into Afghanistan the following month, taking the first offensive actions in the War on Terror were men with whom I’d served ten years earlier. I was still in the Army Reserves, soon to be retired and I emailed the Ranger Commander, then Colonel Joe Votel. I told him how proud I was of him and his team, that I was jealous and to give everyone my regards.

He responded a few days later, and the following year I attended his change of command ceremony at Fort Benning, Georgia. As I reconnected with friends I hadn’t seen in a decade, I witnessed and heard of the effects that constant combat deployments had on these amazing men. Alcoholism, divorce, injuries that our system didn’t yet know how to handle. I returned home intending to organize my community to help. I reached out to the VA, the Army’s Warrior Transition Unit, and a large veteran nonprofit. The only response was a deluge of mail from the nonprofit asking for money. It was very frustrating because I had a robust network and felt that we could find jobs, provide counseling, even build or modify homes if needed, but… nothing.

So after searching for and not finding one, I created the first online networking group for Rangers on LinkedIn, called “US Army Rangers”. I spend hours at night after work looking at applications to join and verifying the Ranger status of each applicant. As the group grew, I became the hub of the wheel, everyone knew I was connected to everyone else. When someone needed assistance, a referral, or a connection they would reach out to or be referred to me, and I felt a sense of purpose I hadn’t felt since leaving active duty.

By 2009 the group was 1000 Rangers strong, and in the economic downturn, I found myself laid off from work. Over beers with my buddy who had hired me years before, I expressed the frustration of not finding a capable network able to help these Rangers transition. I described my vision of an organization similar to Big Brothers Big Sisters, connecting a transitioning Ranger with a local hometown Ranger who had previously transitioned and was now established in his community. Bill pulled a hundred dollar bill from his wallet, slid it across the table and told me, “there’s your first donation – get started”.

The following year, 2010 GallantFew became a 501(c)3 nonprofit and Bill became one of the founding board members. Bill wasn’t a Ranger, and one of the first things he did was ask me, “what are you doing for soldiers like me?”. GallantFew then became an organization dedicated to helping any veteran of any branch of the service, to the extent of our capacity.

Great, so let’s dig a little deeper into the story – has it been an easy path overall and if not, what were the challenges you’ve had to overcome?
It has not been a smooth road. There are some absolutely great non-profits out there, and there are some non-profits that raise a lot of money and do little in actual services.

Most of them look at another non-profit as a competitor. My philosophy has always been that helping veterans is not a competition, and we all need to work together to bring the best of what we offer. An org that builds homes for veterans, for example, could strengthen the veteran’s chances of success by working with GallantFew to match a mentor, who we call a Guide, with the veteran in need. An org that takes veterans hunting, or fishing, or any number of other similar awesome events could help that veteran continue their successful transition by ensuring when they return home they have a Guide who can build on the experience.

Raising money is difficult. We can’t compete with the big orgs that advertise on TV and get people to give $19 a month. Our work is extremely cost-effective, but there is still cost. Anyone that says non-profit work should be volunteer only doesn’t understand that a professional non-profit staff providing life-saving services is exactly that – a professional staff. It’s not a hobby. GallantFew doesn’t have overhead, we are all engaged, hands-on working with veterans daily, and sometimes it’s a 24/7 job.

Run Ranger Run has been a huge blessing to us. Without RRR, GallantFew would be a weekend hobby, helping dozens a year instead of hundreds. In my ignorance of fund-raising, I thought in the early days that asking my social media network of a thousand to each give $10 so we could get started would provide seed money. It produced not one single donation. Because of the amazing effort of one transitioning Army Ranger named Cory Smith, Run Ranger Run was born and it provides the majority of our operating funds now each year. For more info please visit www.runrangerrun.com.

Getting access to transitioning veterans is impossible. There is a solid barrier between the government and the non-government. Veterans are transitioning back into this community today, and they are not connected. They are struggling, the information given them during their transition training is inadequate or just plain wrong, and they won’t reach out for help. Their struggle leads to self-medication with alcohol, financial difficulties, ruined relationships and isolation. In extreme, it may end in suicide. This network can be life-saving, but we’re only touching a small percentage of men and women leaving the military. Awareness is a constant struggle.

Finally, working with people that are struggling with regaining a sense of purpose and hope and are fighting addiction, post-traumatic stress, failing marriages and more can be absolutely draining. We have learned to take time to recharge, get away from the phone and computer so that we have the energy to continue.

Please tell us about GallantFew.
GallantFew has at its core the philosophy that the person who knows best how to transition is a veteran that has transitioned successfully. When we connect Marine to Marine, Airman to Airman, Ranger to Ranger, there is a natural trust and connection that comes from having worn the same uniform, completing the same demanding training, perhaps even serving with mutual friends. A successfully transitioned veteran has a wealth of information on how to transition, and before GallantFew no one has intentionally asked them to share it with another veteran just like them, about to walk the same path.

Think of yourself ten or twenty years ago. If you could go back and give yourself some advice, what would you say? In 2017 we helped around 500 veterans. We are developing ways to increase the numbers of veterans we assist while keeping our costs low. Part of this is our GallantFew STAR.

STAR stands for Self-Training And Responsibility, and we break Responsibility into Response-Ability. We believe each of us has the ability to choose our response to any given situation, whether to take a drink or not or to respond to someone in anger or love. In order to learn this, we have to take the initiative to train ourselves. It’s a no-brainer what you have to train on when you are on active duty, because it’s laid out for you in a monthly training plan, and one knows exactly what skills are required to progress to the next rank. In the civilian world, however, no one does that for us. We have to learn to be intentional.

The STAR has five points, each of “functional fitness”. Functional means it’s applicable in daily life, and fitness means it’s measurable and improvement is possible. The five areas are Physical (diet and exercise); Emotional (mental health); Social (relationships); Professional (networking, education, employment and financial management); and Spiritual (what is your purpose). In January 2018 we started a survey with five questions on each point of the STAR that allows us to identify areas where a veteran might need some assistance developing an intentional plan for improvement.

GallantFew provides coverage for any person not fitting easily into one of these three categories, and as other veteran populations grow we will establish other programs as needed. They all return to the one-on-one concept of a Guide helping a veteran transition, and that transitioning veteran is called a Future Guide. Once they’ve transitioned, they are positioned to Guide another.

Do you look back particularly fondly on any memories from childhood?
My father left my family when I was very young, and I was fortunate to be one of the first boys in a new program then called Big Brothers. My Big Brother told me I could be anything I wanted to be and was a special influence in my life. That’s why I believe so strongly in the one-on-one aspect of GallantFew. 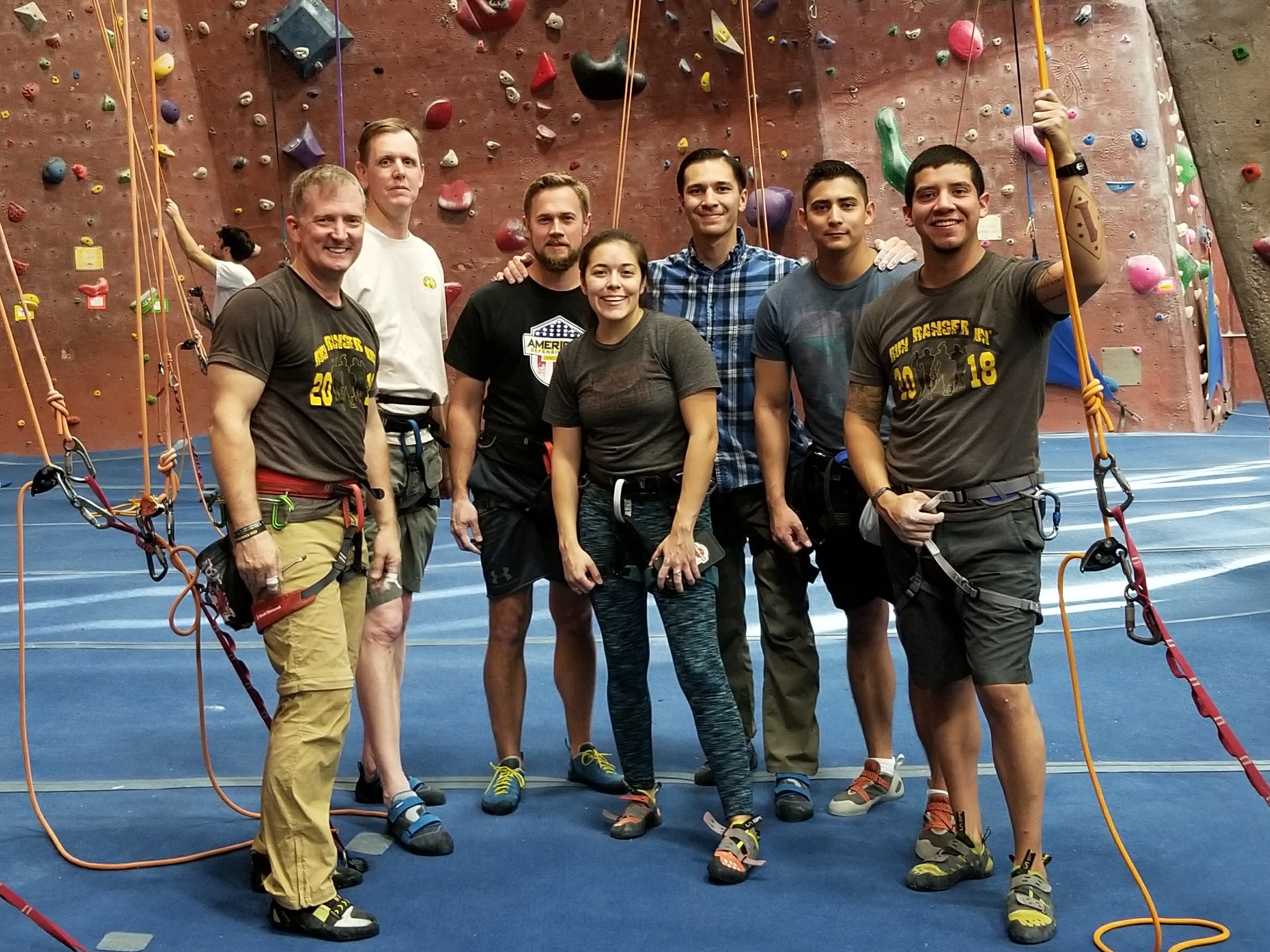 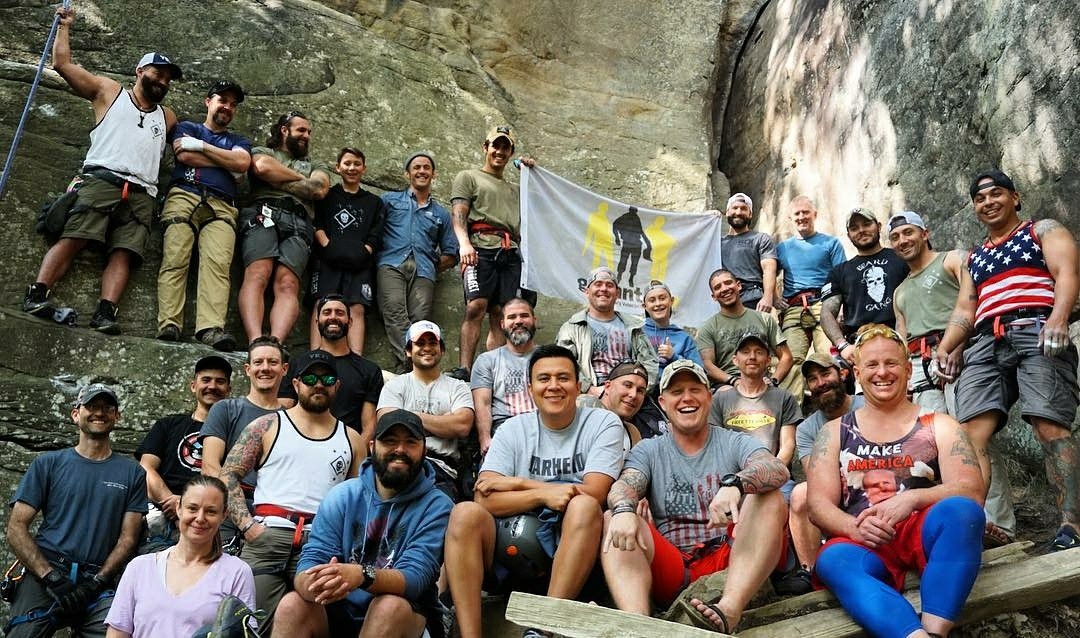 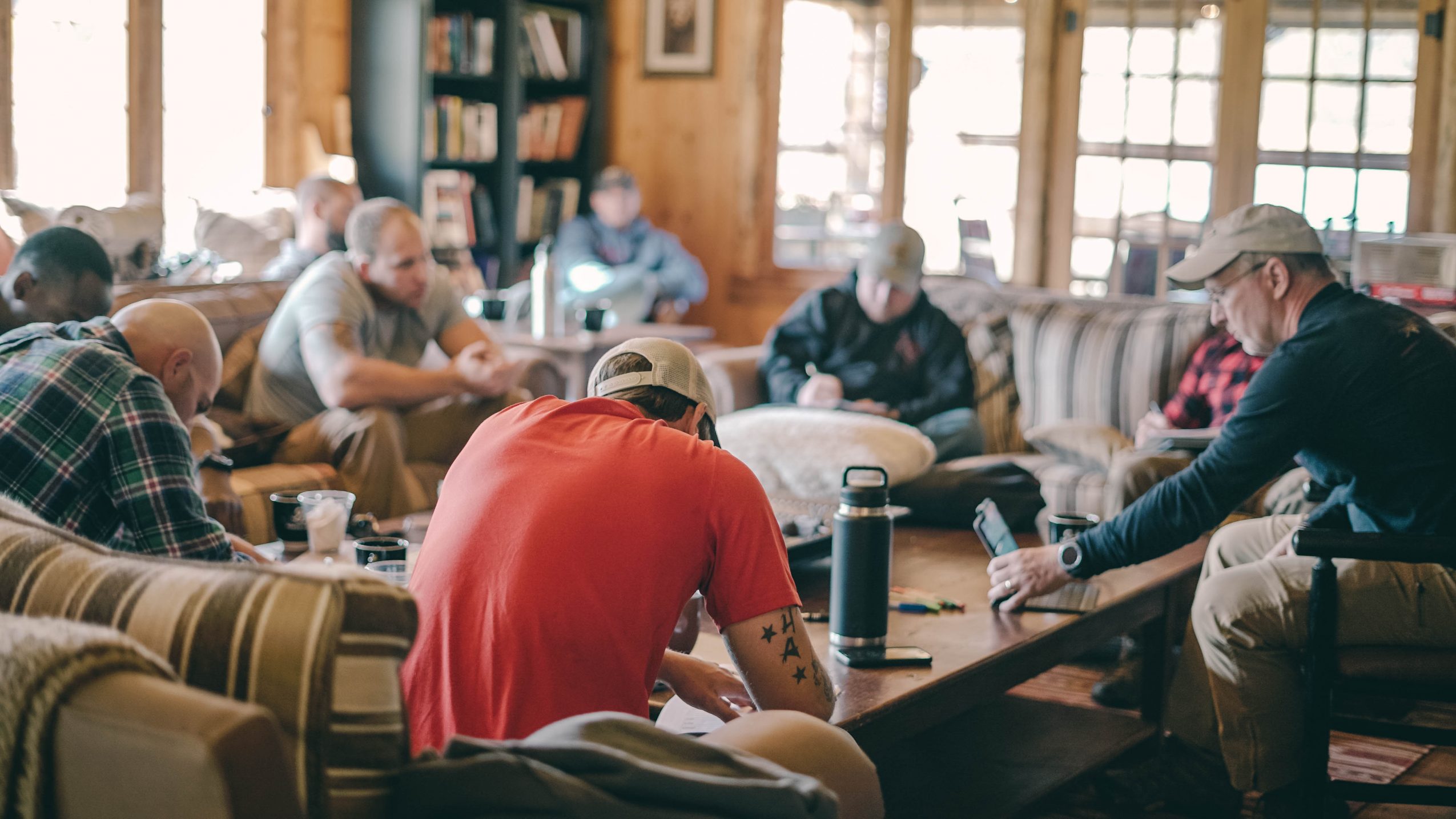 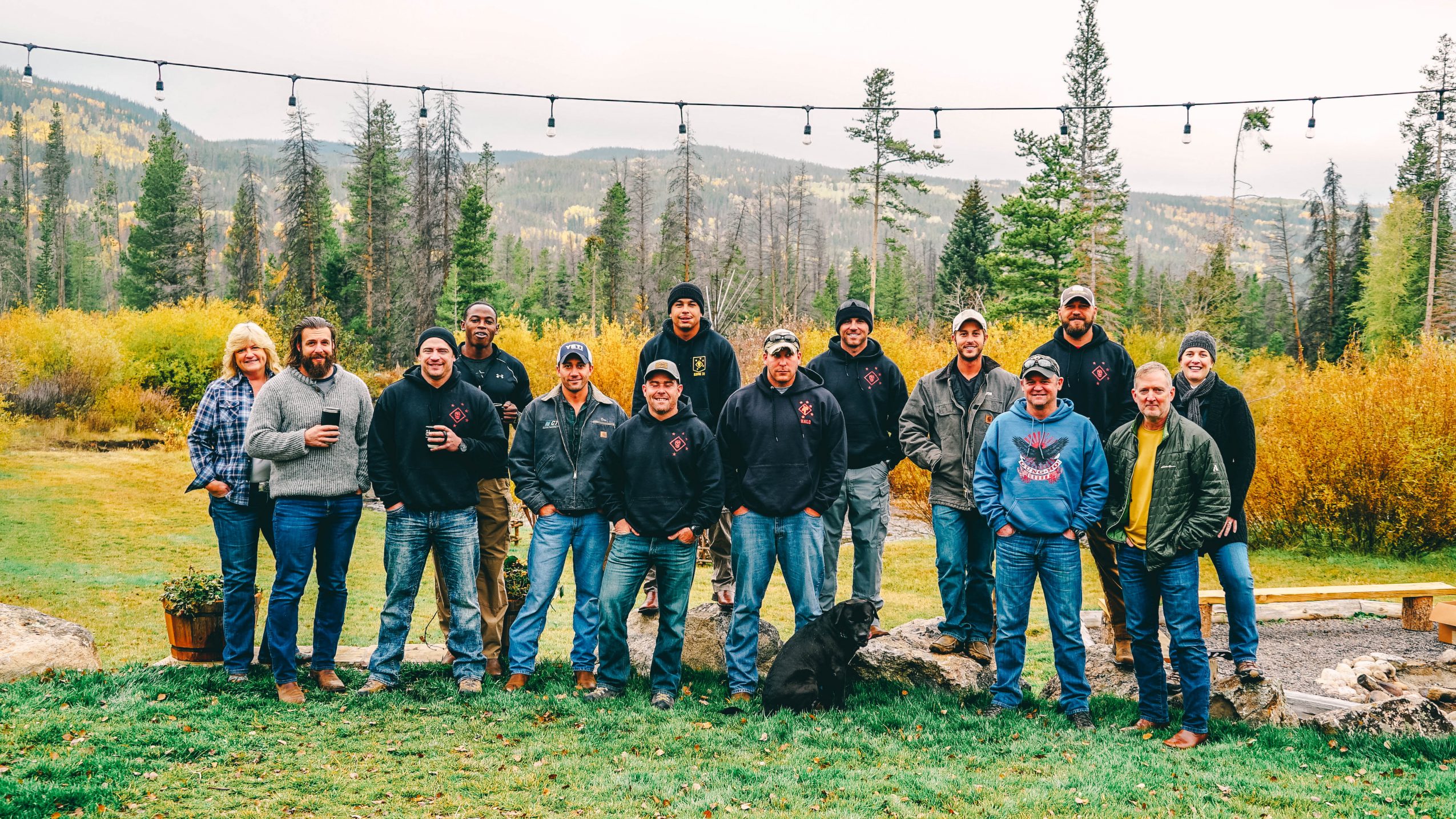 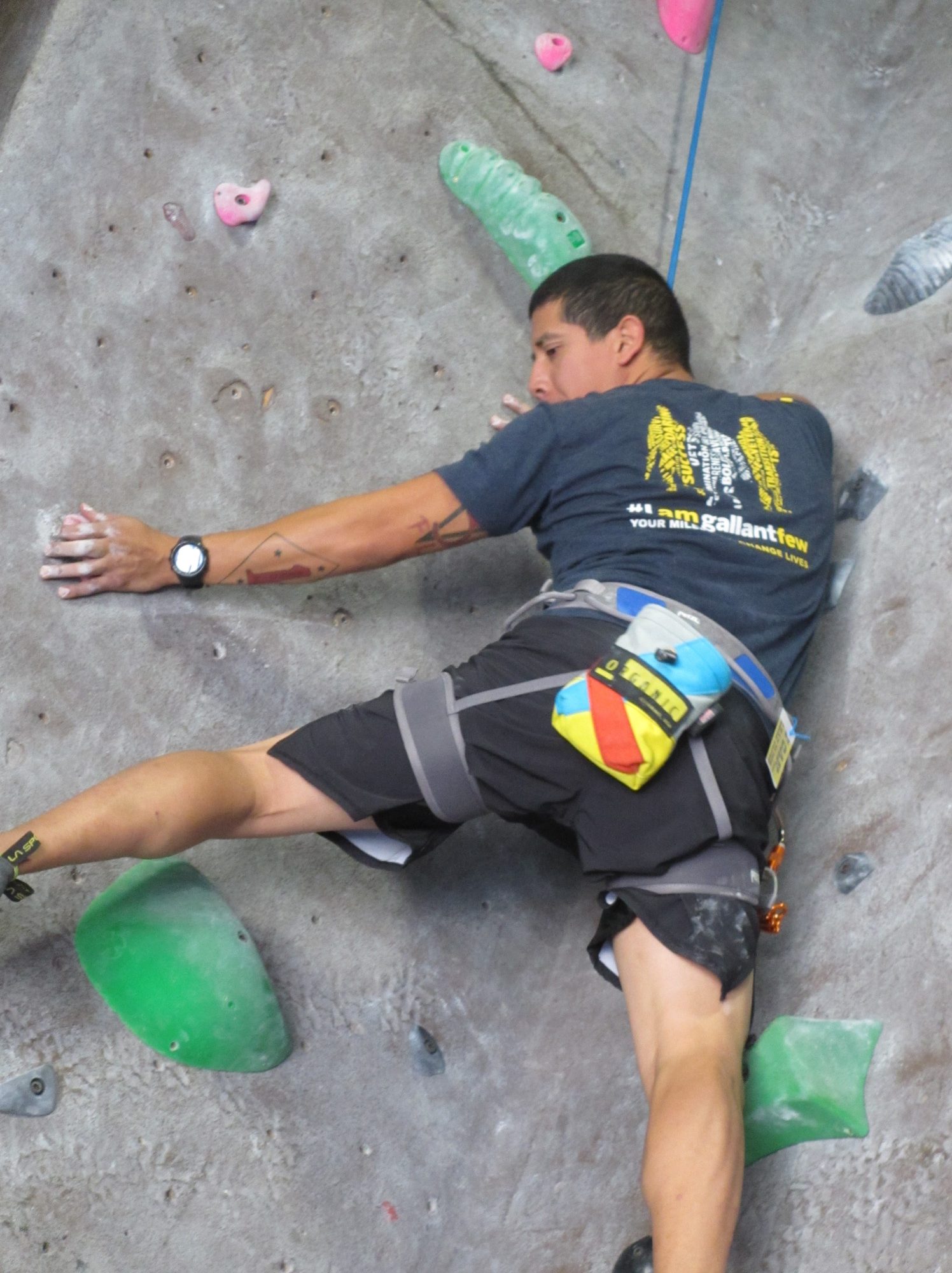