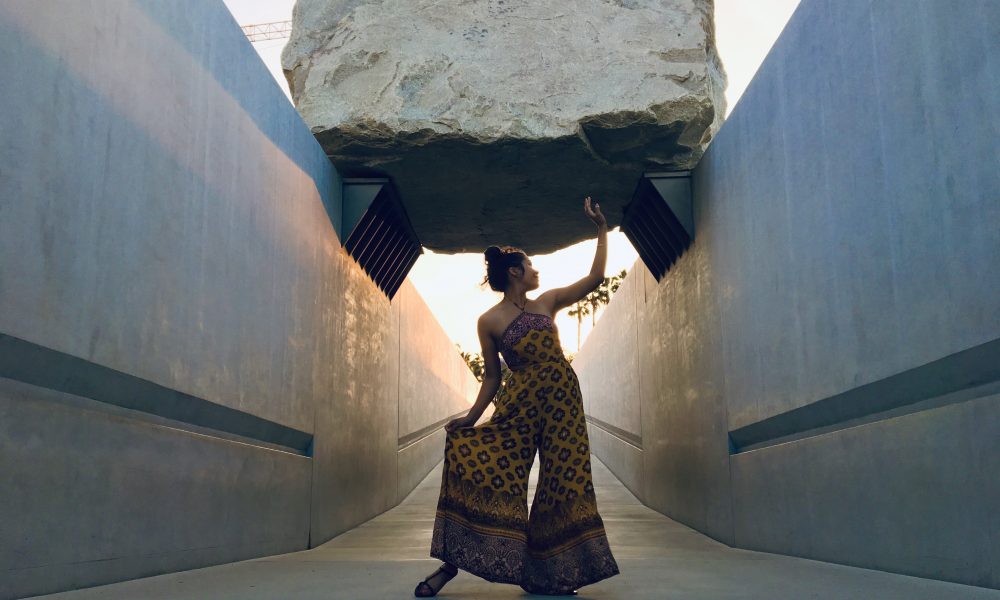 Today we’d like to introduce you to Karissa Royster.

Thanks for sharing your story with us Karissa. So, let’s start at the beginning and we can move on from there.
In April 2016, I made my Broadway debut in New York City as a member of the ensemble and as the Dance Captain of “Shuffle Along…”, choreographed by Savion Glover & directed by George C. Wolfe, which went on to earn 10 Tony Award nominations. Three months later, when the show closed, I found myself confused and unclear about where I’d be headed next.

It had never been my dream to hit the Broadway stage, mainly because the style of dancing I’ve practiced my whole life – rhythm tap dancing – has very rarely found a home in this industry. So rather than stick around in NYC to try to book another show that, at the time, I likely could not imagine myself in, I decided to head to Los Angeles to see if I could pave a unique path for myself that would somehow encapsulate the skills I had gained from studying History & Politics at NYU with my performance & management skills from Broadway. What a hodgepodge mix! But it had worked for me in New York.

LA’s entertainment scene – and more specifically, its dance scene – was completely different from New York’s. The opportunity to redefine myself as an artist was both enticing and completely terrifying. Like so many others who move to LA, I quickly found myself in an acting class and was frequenting dance classes around the city. During my less glamorous hours, I was doing everything from being a nanny to serving caviar in WeHo. When I found that the physical and emotional labor of the work I was doing was infringing on my abilities to make art or even imagine what creative life I was attempting to build for myself, I realized I needed to take a step back and “go back home” in a figurative sense. I decided to leave my job dealing fish eggs to return to an elementary classroom – a place I had first become acquainted with while doing work study at NYU and where I had discovered a passion for serving the next generation.

Being in a classroom is a humbling place: children have no filter and are happy to tell you EXACTLY how they feel about you. But it’s humbling in the best way – they have a natural freedom with which they approach exploring their imagination and they deal with the world in its simplest, truest form. One year from my decision to stray from the path that I thought made the most sense for my creative life, I found myself co-teaching in a 3rd-grade classroom at Mirman School for Gifted Children in Bel Air, where I eventually also went on to choreograph their full-length spring school musical.

Mirman became a lovely home for me and I built incredible relationships with knowledgeable colleagues, with dedicated and caring parents, and of course with the hilarious, intelligent, curious, and loving students I was so lucky to greet every morning. A mixture of drastic changes in my personal life caused me to leave my position there this past fall but in a major plot twist and shift in the universe, I have recently been offered a new position on the creative team for a new, original Broadway show in New York. Somehow I made it back to the place I had been creatively searching for in a most roundabout and unexpected way. As of the spring, I’ve relocated from Los Angeles back to New York City to begin work on this new project, where I am bringing both my knowledge of history and tap dancing to the table.

Has it been a smooth road?
In my journey, my biggest challenge has been finding a solid balance between creating art and financially making ends meet. I had to start working when I was in high school and continued to do so throughout college and beyond. When you’re an artist and rely solely on yourself to pay bills, it can be hard to hustle 40+ hours a week and still have the emotional, spiritual, and physical energy to pursue your creative endeavors. When opportunity meets preparedness and that dream job opens up for you, it’s absolutely incredible. But the reality is that those jobs aren’t guaranteed to be consistent or forever.

We’d love to hear more about your work and what you are currently focused on. What else should we know?
I am a freelance artist and educator. As an artist, I specialize mainly in tap dance and teach workshops at various institutions around the country. When I’m not teaching dance or creating, I enjoy applying my love of history to other aspects of education – whether that’s dreaming up new social studies curriculum for elementary school students or assisting students one on one with their academic pursuits. I love working with people of all ages and witnessing them grasp new concepts. I embrace the various learning styles of those who work with me and encourage everyone to approach life with a critical eye and with one’s own style. I believe that the marriage of the analytical and artistic brains works for the benefit of society and it’s through this lens that I approach projects as an artist and as a teacher.

Let’s touch on your thoughts about our city – what do you like the most and least?
The traffic (and the fumes it creates) are a total buzzkill but I love LA’s food scene and culture. People work hard in Los Angeles but there seems to be a general appreciation for finding time to relax or hike or join a new yoga class. Compared to NYC, I really appreciate the balance folks have between hustling and enjoying their free time in a place that has such beautiful weather for so much of the year. 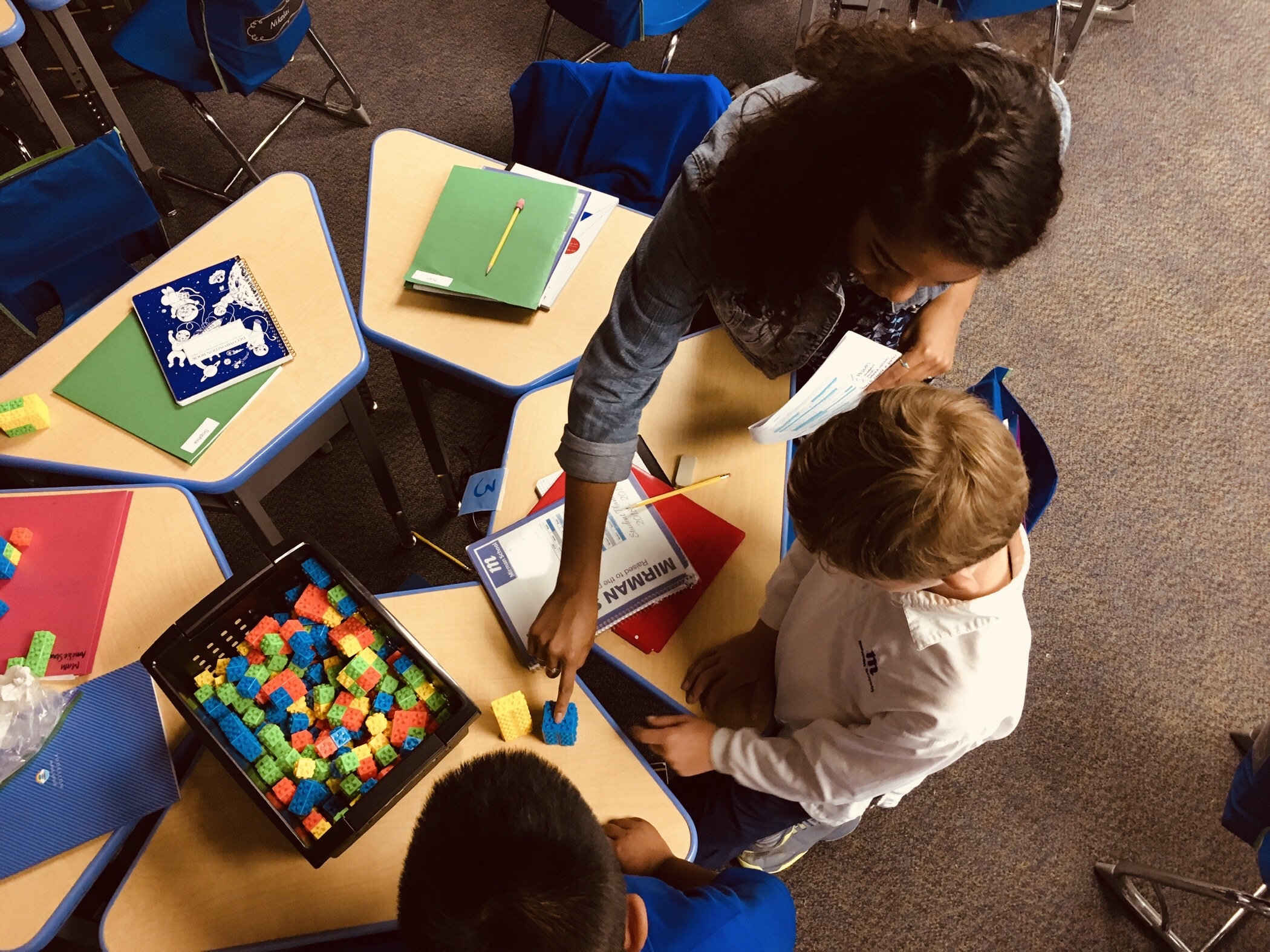 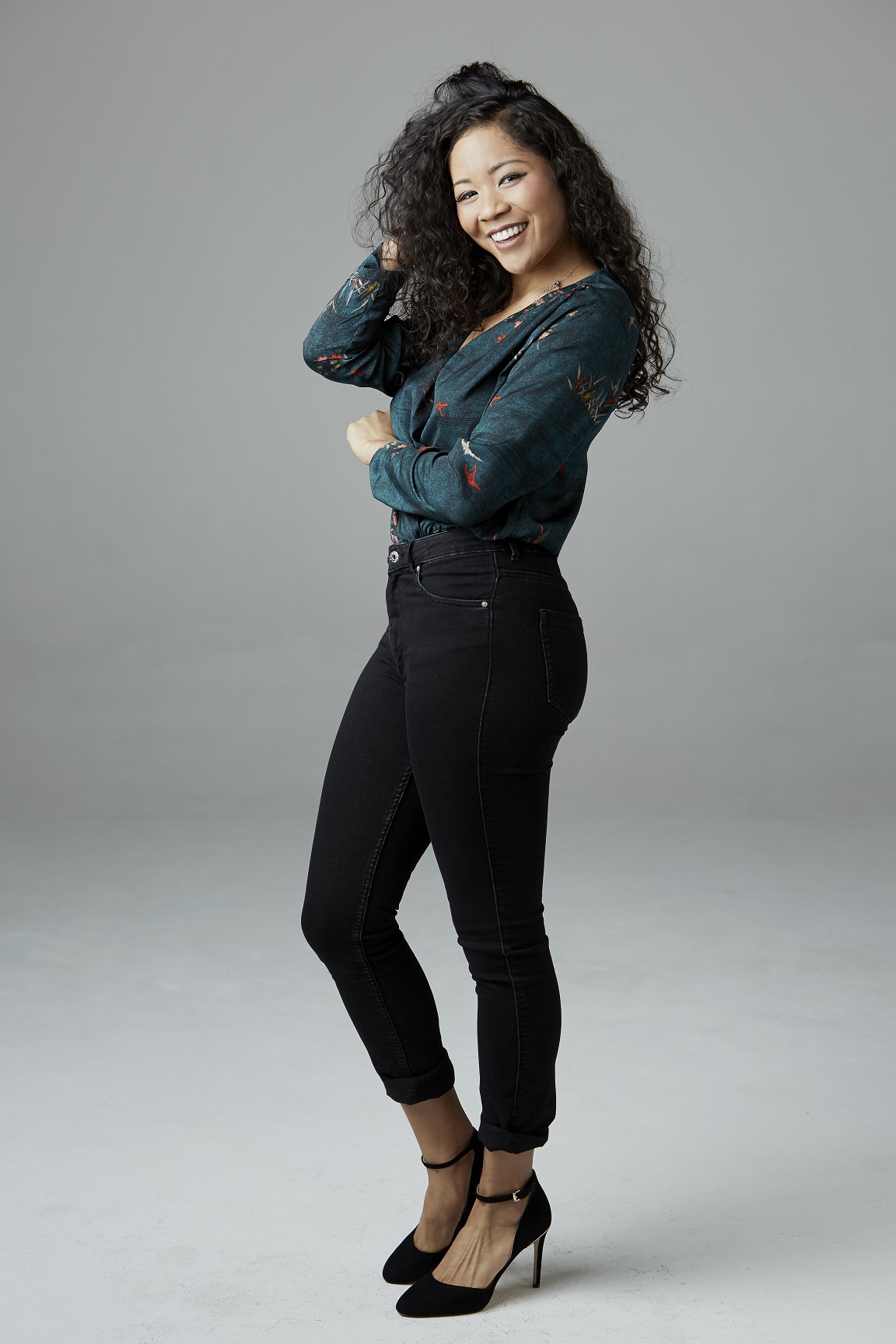 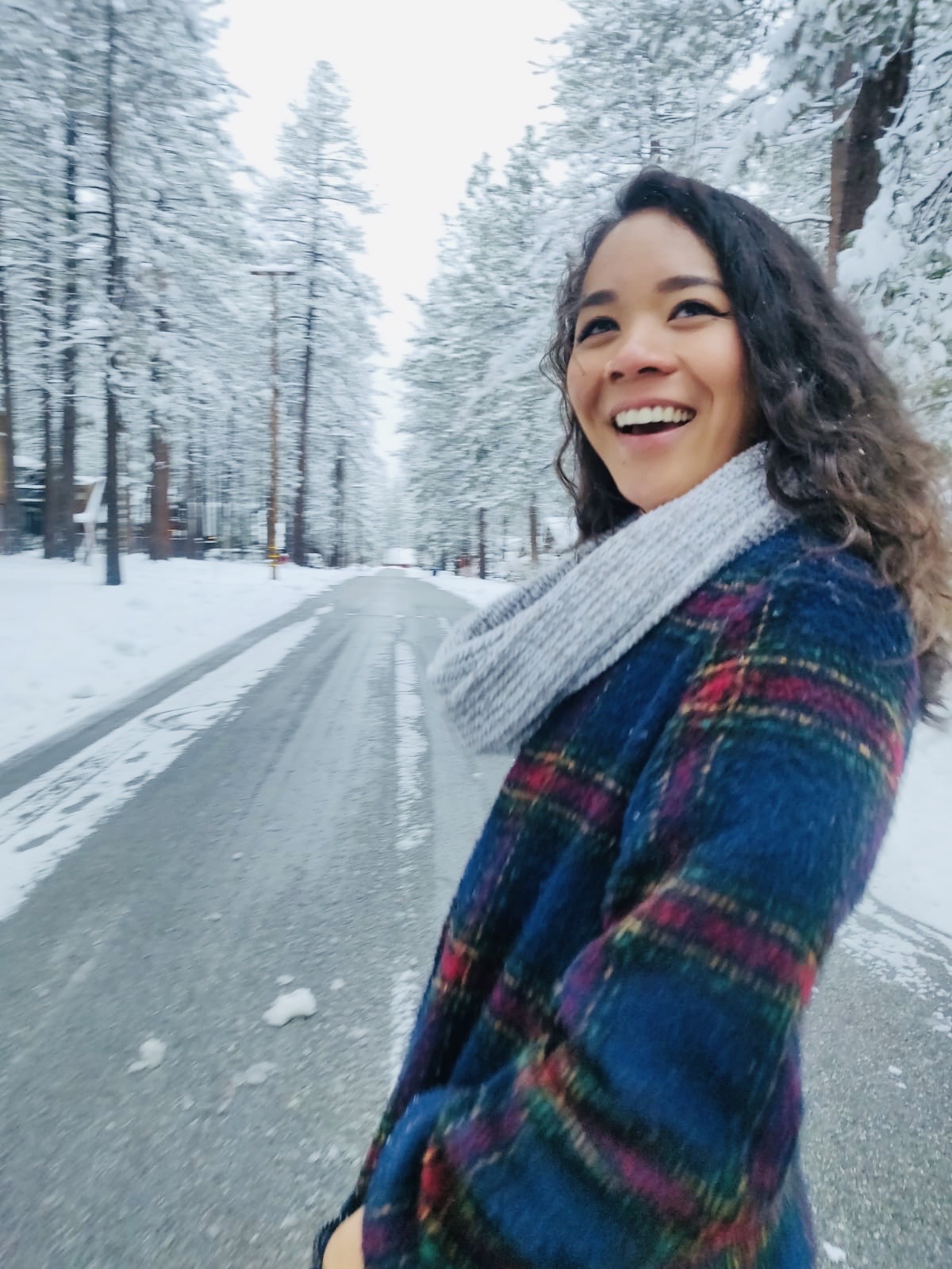 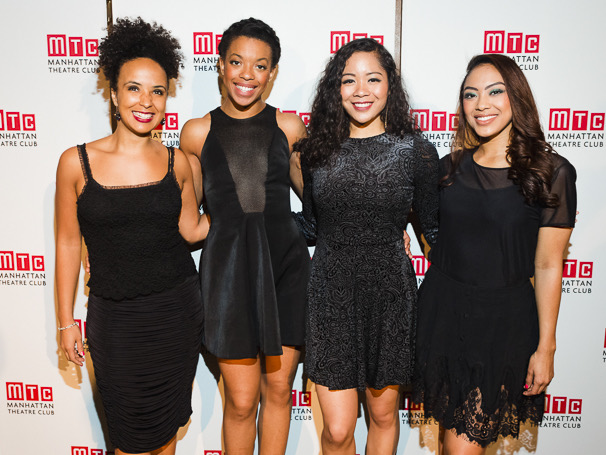 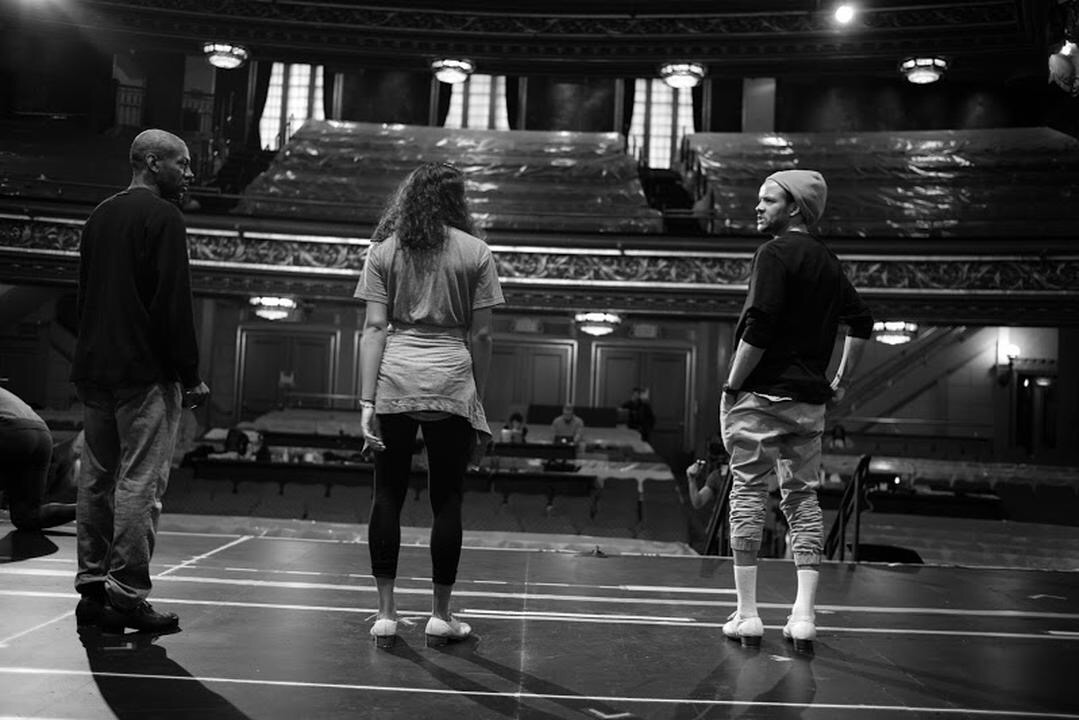 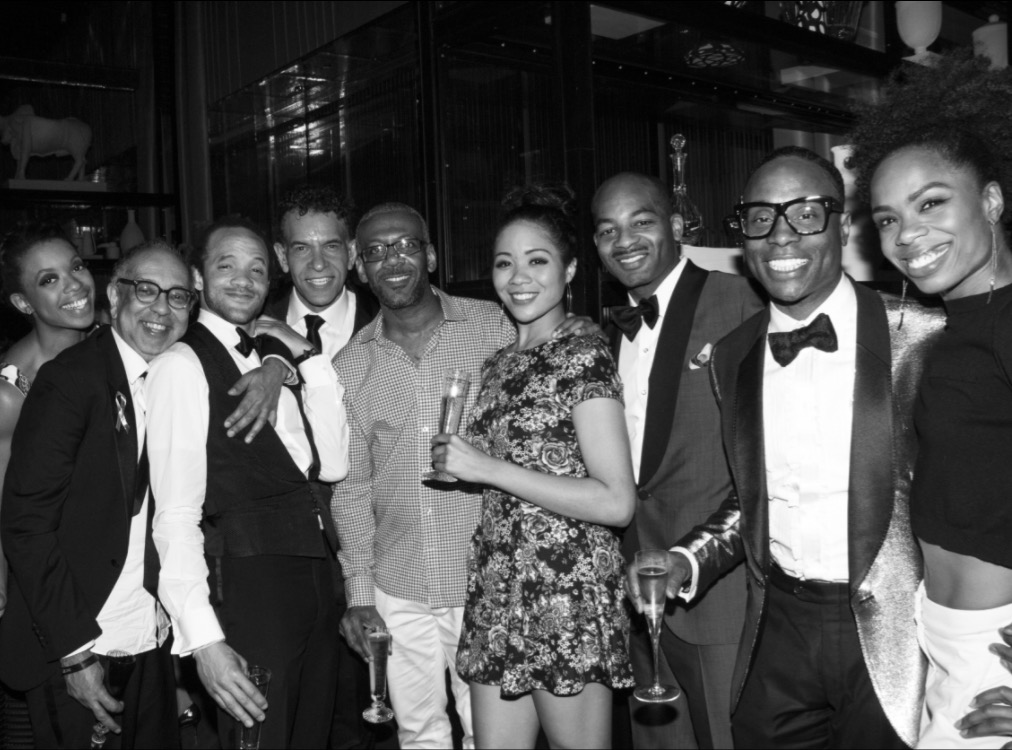