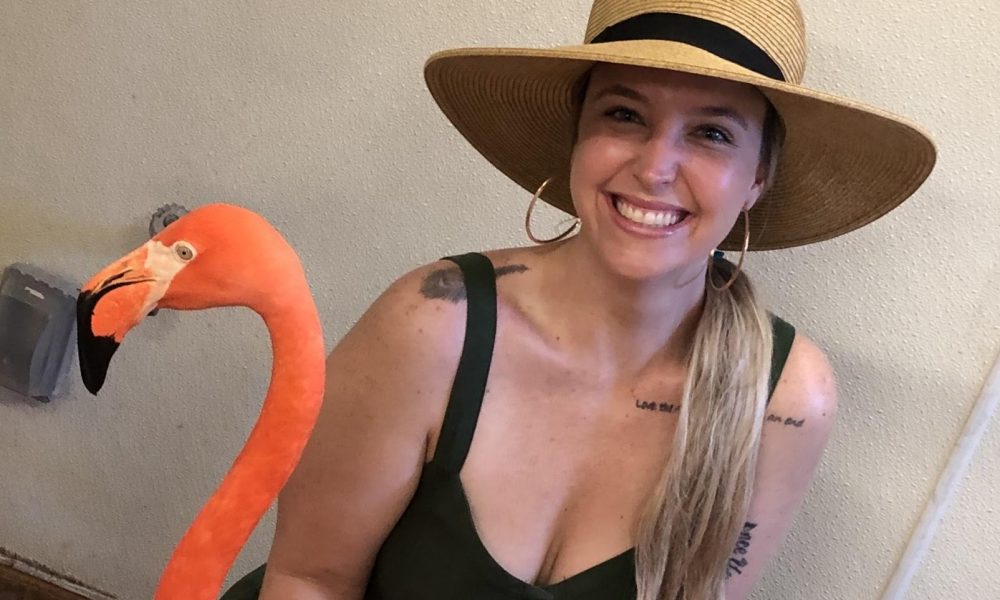 Today we’d like to introduce you to Karin Price.

Thanks for sharing your story with us Karin. So, let’s start at the beginning and we can move on from there.
I was born and raised in what was once one of the fastest-growing counties in the U.S Port St Lucie, FL, but back in the 90’s it was just a small town where we played outside all day long until the street lights came on, and my mom yelled it’s time for dinner. As I was growing up reading Tiger Beat, Bop and J-14 magazines gushing over JTT, N’SYNC and Hanson, I started noticing little trends in makeup and style, like white eyeliner and butterfly clips and loved to emulate all the new styles. As I got older, technology evolved and the magazines I started reading evolved too, Vogue and W were my favs, I just loved flipping through really just focusing on the Ads to be honest, they were always the ones that were a little more edgy and told a story which is one of my favorite parts of makeup, being able to tell a story.

After my white liner and clear gloss from the dollar store phase, I along with the rest of us middler schoolers going through puberty, started getting terrible acne. This tore my confidence down, along with the bullies who were relentless on letting me know what I clearly saw in the mirror daily. I did all the worst possible things to fix my skin. From Aprocriot scrubs (yikes!) to piling on layers of makeup to try to cover up, but of course only making it worse. I eventually went on Accutane as a last resort to try to help, but being young and sticking to a daily pill schedule alone was hard enough, and by the end of it my skin still wasn’t completely transformed. That’s when I realized the power of at least what makeup could do for my confidence, and slowly I got better at hiding the flaws and look good. That’s when my friends started asking me to do their makeup every day before school, that’s when I knew I really liked the way I felt, and the way I made my friends feel after they saw their faces. In middle and high school, we need every little bit of confidence we can muster, but this lead to my passion to make everyone that sits in my chair sigh with relief, seeing their natural beauty shine through and truly see themselves as they are.

We’re always bombarded by how great it is to pursue your passion, etc – but we’ve spoken with enough people to know that it’s not always easy. Overall, would you say things have been easy for you?
After highschool, I really wanted to head straight to LA and go to a makeup school, but as family can be, they urged me to pursue college so I started my journey at Flagler College in St Augustine Fl, eventually leaving two years in and getting my Associates degree at the community college. Private college tuition, as you know, is not cheap and as much as I enjoyed my time there, I had a one track mind and that was Makeup. After not getting a four year degree, I did feel disappointed in myself and felt a little lost for a while, but my mom urged me to get an Esthetics license, which I fought at first but now thank her for pushing me into it, it changed a lot for me. That opened a first door which lead me to many more doors opening in my journey.

I graduated from Cosmix School Of Makeup Artistry, in Ft Lauderdale Fl, from their full Production makeup course as well as my Esthetician’s license in 2011. The road was long, but I knew leaving Cosmix I had a plan, moving to LA to pursue my dreams of working in film and television makeup. The very next year, I did live in the mountains near Big Bear working at a summer camp teaching Movie Makeup, which was a very interesting and fun experience, but more so because I got my first taste of California air, and I was hooked. I tried my hardest to stay but as the story goes, it wasn’t my time just yet. After coming back home, I worked for European Wax Center using my esthetics license, hopping around over the next four years trying my best to move closer to Miami to be around the action. A few stars aligned for me in 2015, and after traveling and going to Coachella, California was calling my name and because I had my license for four years, (which California requires for transfer), I was able to transfer my license to California and had a starting point to go from.

This allowed me to move here with a half of plan, and so in summer 2015 I moved to Los Feliz, with a roommate one of my old EWC clients hooked me up with (thanks Nic and Diana!), two months of savings and no job. The first month I scrolled Facebook every few minutes looking for jobs, looking to collaborate with others for makeup, models, and photographers and that lead to some really amazing experiences and meeting the people that helped further shape my career so far here in LA. I eventually in that first two months, landed a gig with the just launching expansion of The Honest Company- Honest Beauty. I was one of the last rounds of hires, they had everyone they needed but decided to hold one last round, 3 of us in that group were chosen to help the first team launch the pop Honest Beauty at The Grove.

After the closing of the pop up, I was offered a position at HQ for C.S., over my time at Honest I did different projects including makeup for shoots and productions with Jessica and the team, with Lives on Facebook showing off new products or techniques or getting to help wrangle the cutest babies for a new print launch on set. After some time, I missed working more full time on set doing makeup and decided I needed to get back to my main reason for moving to LA. I started working at a salon waxing again making connections and gaining private clients through those connections, and working with GlamSquad on the side. People don’t joke when they say everyone in LA as a million jobs and side hustles, you gotta work out here, the cost of living is tough, and in the entertainment industry you have to be ready at the drop of a dime to take a job or it’s gone in a minute.

So, as you know, we’re impressed with Exposed Makeup Artistry – tell our readers more, for example what you’re most proud of and what sets you apart from others.
I started my makeup business as a freelancer once I left school in 2011 and coined my business in 2012 as “Exposed Makeup Artistry”, and have always considered myself to specialize in skin and a more natural and realistic approach to beauty. As our culture and times have changed, so have the trends in makeup, from more natural in the 90’s to full beat down, cut crease and contour for every day makeup now. For me my favorite thing has always been and will always be, making the person in my chair feel like themselves but uplifted and confident in what they see, and what’s always there no matter what, their natural beauty- just a little polished!

I think for some makeup artists they want to do what they want to do, and go with the art, which I appreciate but I think what sets me apart is I really try to listen to what they tell me they like and more importantly what they don’t like, which a lot of times are the “trends”, and educating them on what I can on my part to help their skin if that’s their concern, or just help give tips and tricks that I know will build their confidence in themself and me as an artist, that is always honest and truly only wants the best for them. I have a thing where I genuinely love people and hearing their stories and being that trusted person for them, and for some makeup may seem superficial but it goes much deeper than that and I like building my relationships with my clients like they are my family.

I’ve been lucky enough to have many great experiences in my career so far as its ever-changing, I’ve gotten to work on photo shoots for big companies, runway shows in Miami and LA, overnight film shoots, music videos for celebrities, web series and small short films for friends, and I even waxed a talk show hosts rear end on stage at Upright Citizens Brigade, as an expert guest on the show (Where else but LA amiright?). Each of these things have taught me so much as an artist and as a person, and I’m so grateful for each person along the way that have helped me or referred me or believed in me as I chase a dream some would say is crazy, and hey it is, but if it doesn’t scare you, it isn’t big enough.

So, what’s next? Any big plans?
I am constantly planning for the future and manifesting new things, I am still excited to be working towards goals of film and television but as I am about to be approaching my 30’s and recently celebrated my four year anniversary in Los Angeles, my mind is shifting towards long term growth and that may bring some surprising changes in the future, that may include a business, more education, many things I want to do to better myself as a human being and artist. I don’t know for sure what the future holds, but I am always excited to do the work and make my newest dreams a reality…. look where I’ve come so far! I truly believe, if you believe in yourself relentlessly and always have your own back and also put in the WORK cause it does take a lot of that, you can make any dream you have a reality. 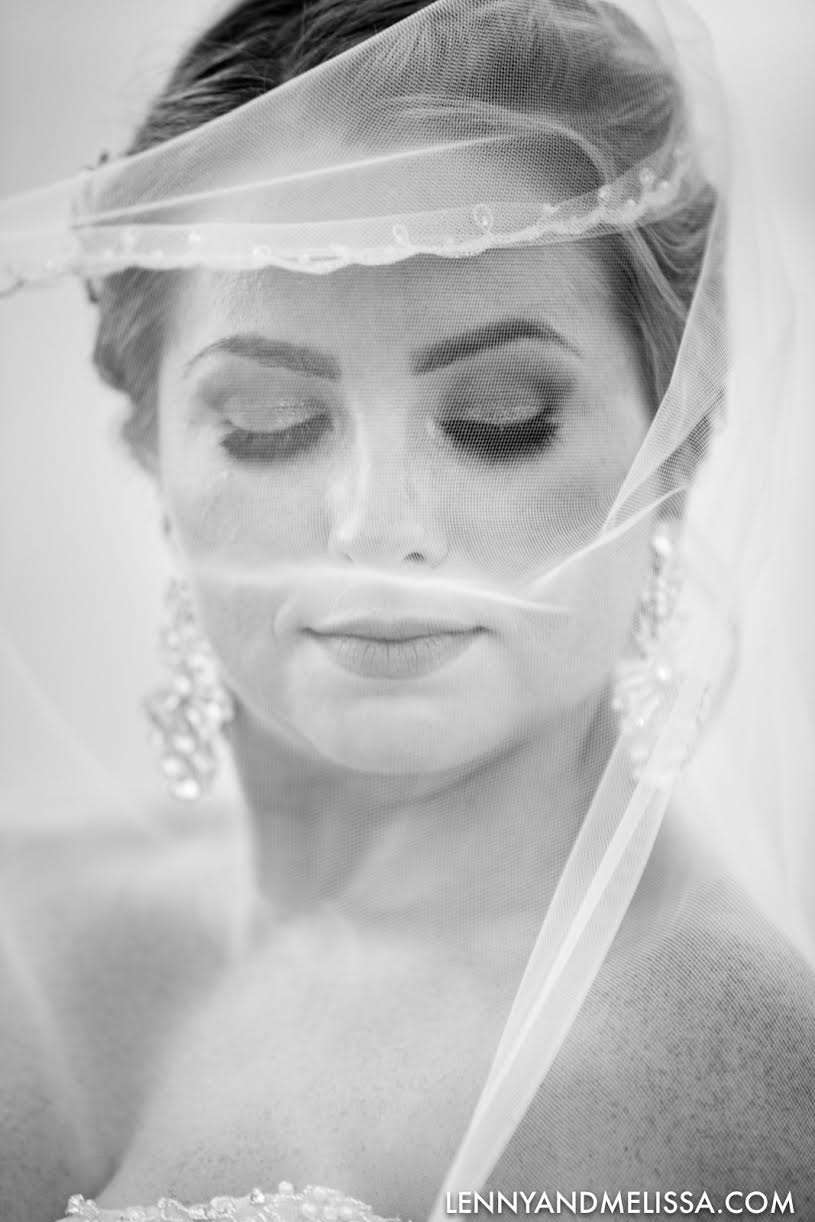 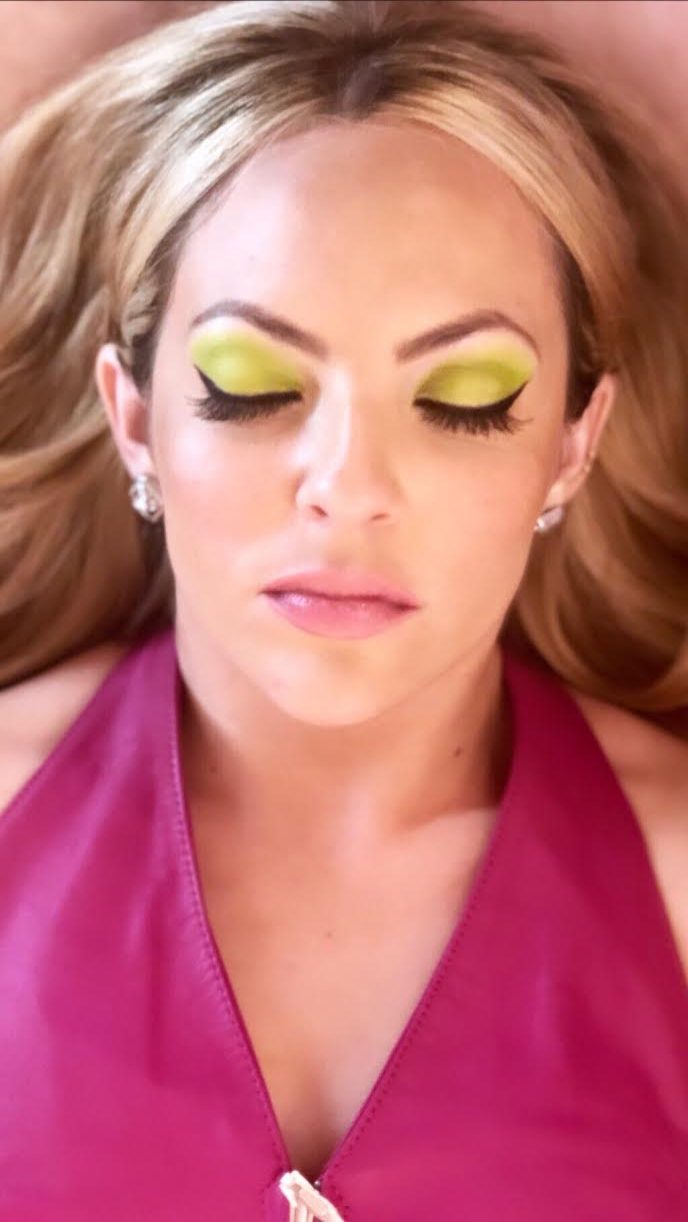 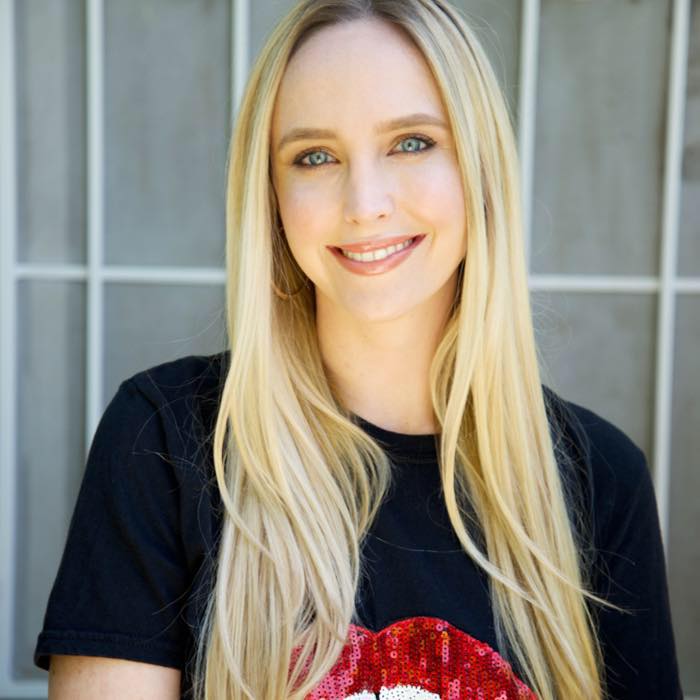 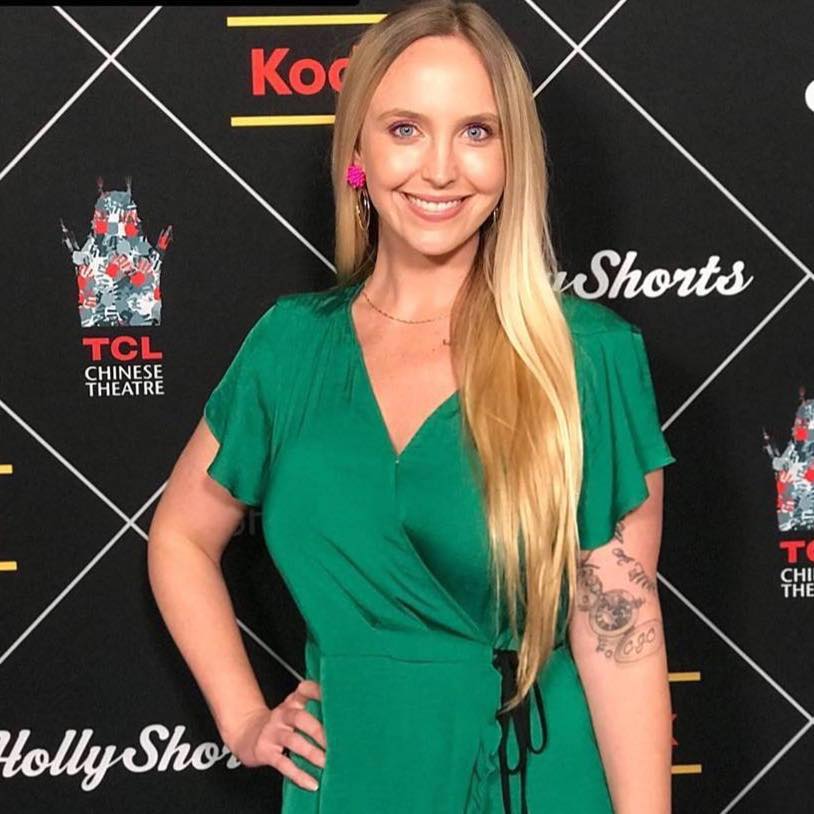