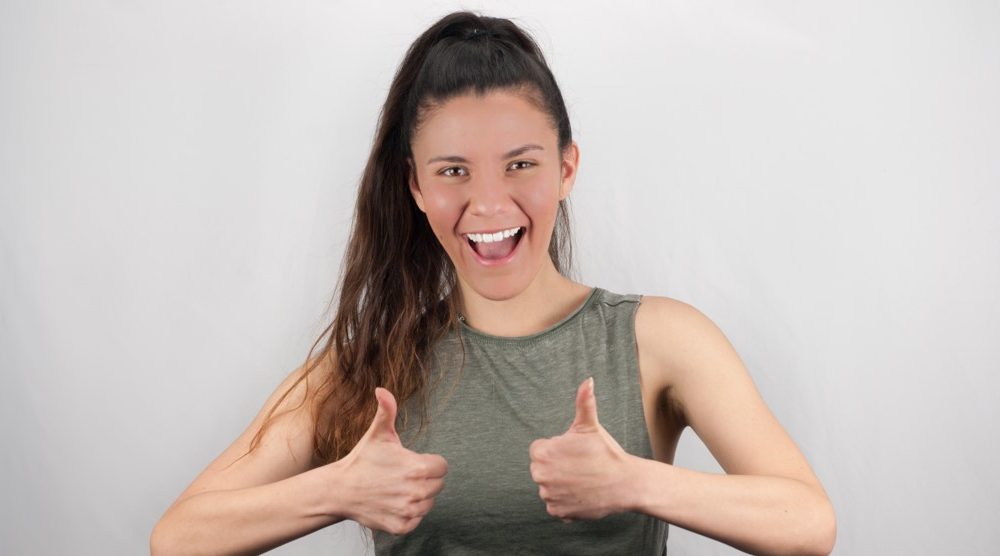 Today we’d like to introduce you to Kari Assad.

Kari, can you briefly walk us through your story – how you started and how you got to where you are today.
I had moved to Los Angeles to work with a social justice theatre group (which looking back was hysterical that I thought this was the city for that). Not only did the social justice theatre group turn out to be worse than a daddy-daughter dance with Woody Allen but I realized that maybe theatre wasn’t the path I thought it was or wanted it to be.

My realization that theatre wasn’t my life anymore felt like what I imagined it would be to be a nun who chooses not to be a nun or a priest who decided he wasn’t into little boys anymore. There was this thing that made you so happy, and it felt like it was almost your whole personality, and when it goes away, it almost felt like you don’t know yourself anymore. As annoying and first world as it sounds, I found myself mourning a part of myself.

In my search for myself (I guess?) I wound up going to comedy shows. There I realized that comedy is the theatre for Los Angeles. I started studying stand-ups by myself and made notes on what I thought their joke structure was. I studied a lot of Tig and Amy Schumer. I then went out and did my first mic and IO West! I didn’t fill the full three minutes but was really proud of the joke I told. I haven’t stopped since.

Has it been a smooth road?
I started comedy right before the Me Too Movement started, and I definitely remember walking into some open mics and feeling hostility from some of the older male comics. There was one night a large older man was bombing on stage and physically got in my face in a non-humorless way for not laughing at him, even though there were several other people in the room not laughing, I was one of two women though.

There was another time a comic on stage (I was sitting in the audience) tried to get me to talk to him about me giving blow jobs, and I and another woman in the crowd were able to get the whole room to turn on him. Though my stories fair way better than a lot of other women in comedy, I remember feeling very nervous when I first started and was overwhelmed at the idea of always having to watch my back.

Since then Los Angeles has been changed from the Me Too Movement in the comedy scene, and I’m forever grateful. When I encounter men like this in the scene, I outshine them on the stage, and people are embarrassed for them.

So, as you know, we’re impressed with Stand Up – tell our readers more, for example, what you’re most proud of as a company and what sets you apart from others.
I am a stand up comic, and I talk a lot about my mixed raced heritage and growing up as a Mexican Catholic woman. I have found that by doing this, I give a voice to a new class of people that are becoming more relevant: mixed race kids and third-generation Latinos.

I have had young Latina girls come up to me after shows and tell me that they had similar experiences at their Quinceaneras. I also have a bit about asking people to say my name correctly, with a rolled r and everything. I had a young Latino gentleman come up and tell me that he appreciated that I said that joke because he’s had to ask people to correctly say his name all of his life.

Every show I do, I have mixed race kids or young Latinos saying they saw themselves in my work. It helps me to know that I am talking to a real experience out there. I’ve received enough feedback that I am producing my own comedy show at the Comedy Central Stage on March 28th at 8 pm called Kari Assad’s Quinceanera.

When Kari Assad’s Quinceanera is developed more, I plan to take it to other cities and to have proceeds go to Las Americas Immigration Advocacy.

Let’s touch on your thoughts about our city – what do you like the most and the least?
I love a lot about Los Angeles. I love that I can drive a few minutes and be in a canyon and smell trees and hear birds. I love that I can find restaurants with vegan and gluten-free food here (I have terrible stomach problems).

I love the opportunity that Los Angeles can offer in the entertainment industry. I love that I can find stages to get on in this city. I love that I have found the best boyfriend, friends, and support system I have ever had in my life.

I mostly don’t like the traffic in Los Angeles. I also sometimes wish I didn’t live in a place where everyone checks the news every second or knows what celebrity did what every moment. Sometimes I appreciate how people in smaller towns just enjoy the present with each other. 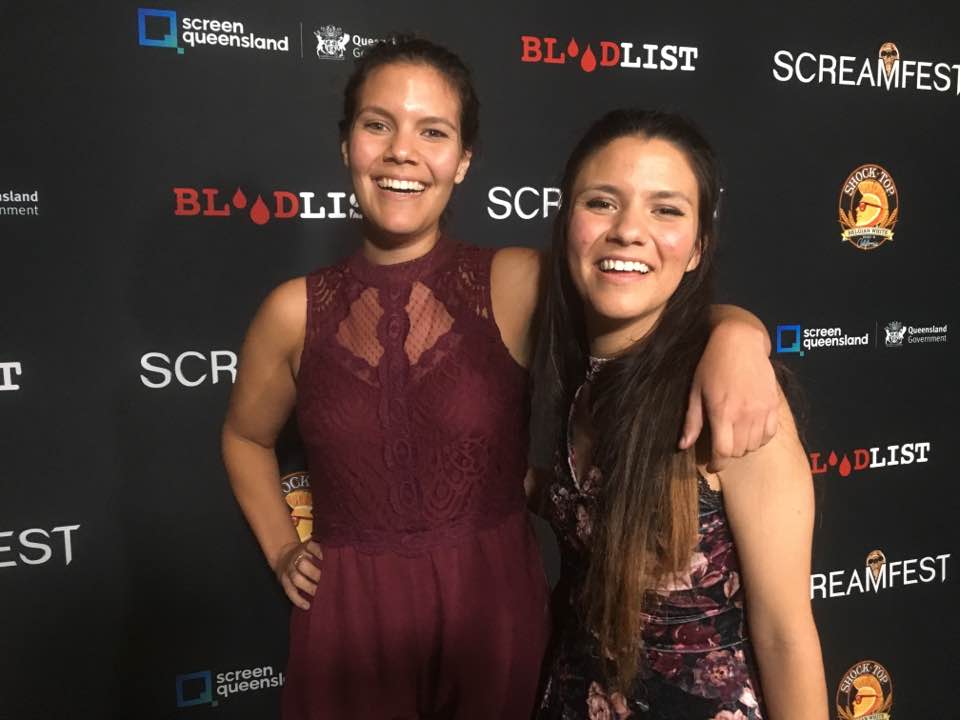 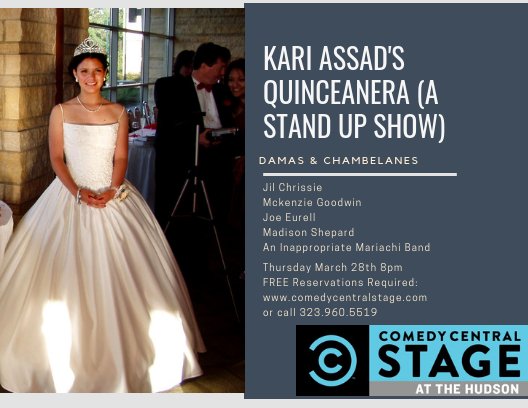 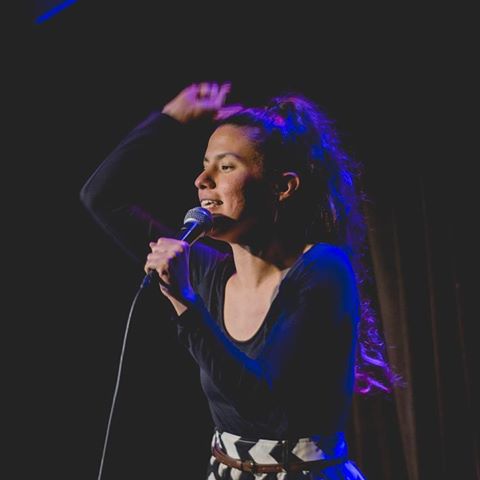 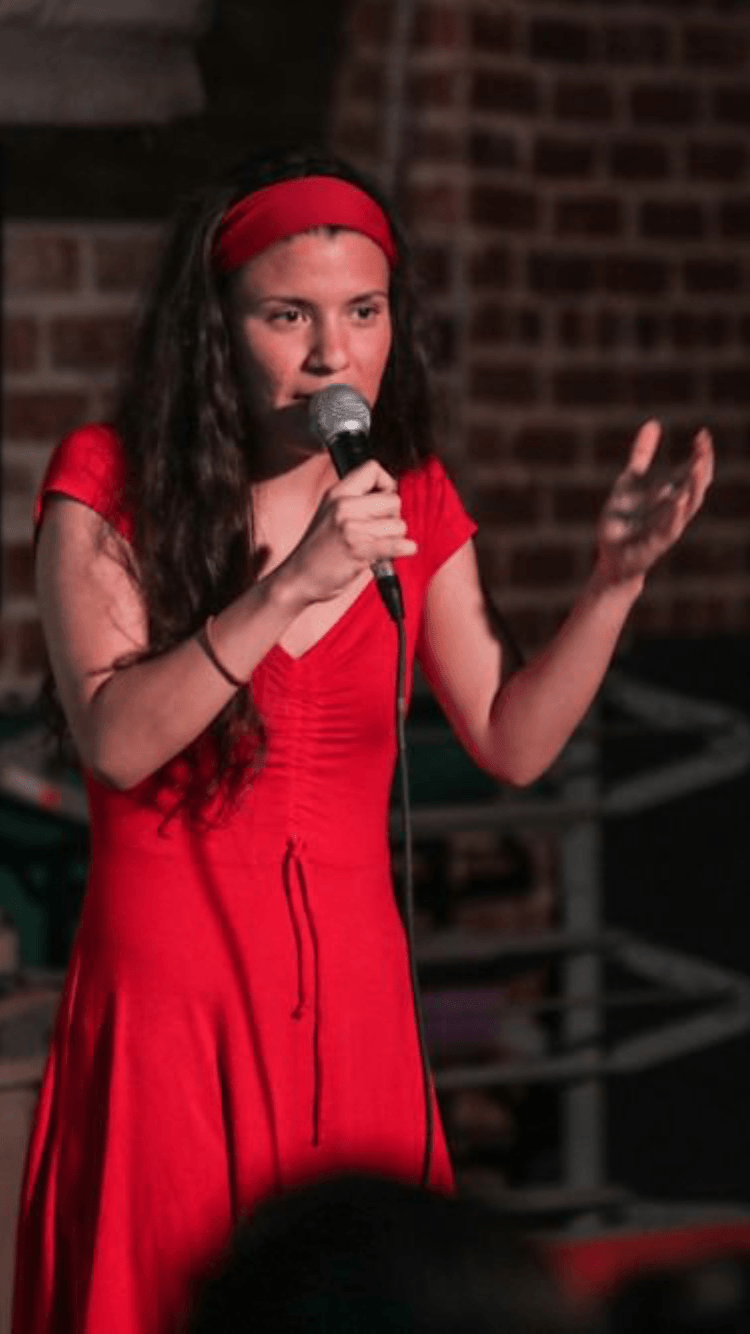