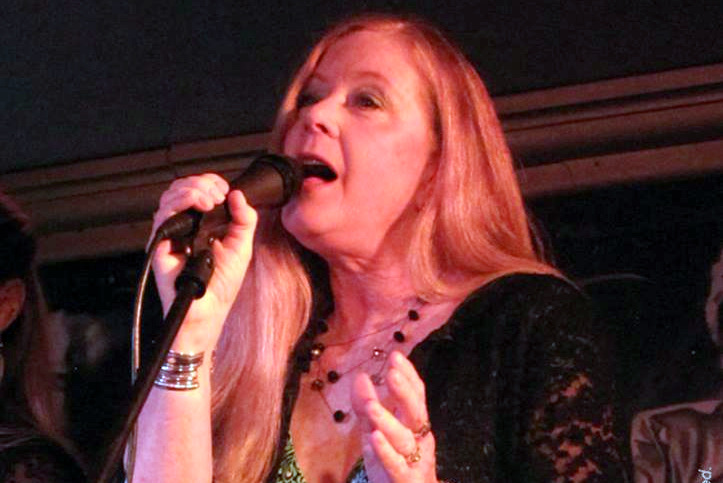 Today we’d like to introduce you to Karen Tobin.

Karen, please share your story with us. How did you get to where you are today?
Well, there are two things that have always been true about me. I’m part singer-songwriter and part dog magnet. Songs (and dogs) just seem to naturally come to me. I have written over 250 songs and have had just about as many dogs! Sassy, Poochiolo, Jamie, Boo (short for yarbooyadidaba), Tiny, Delbert, Lucky, Nipper, Chi Chi, and many more. They always show up in strange ways—jumping into my car, arriving on the porch and never going away—and they find a great home with me. Recently, I have become a caretaker for neighborhood dogs. It is the perfect side gig for a singer-songwriter/real estate agent.

I have been a singer all my life. I won the fourth-grade talent contest singing “He’s Got the Whole World in His Hands.” I was a member of the choir in high school and sang the solo for the graduation ceremony. My favorite uncle, Eugene Tobin, was a dramatic tenor with the Stuttgart Opera in Germany. Anytime he came to visit, he would be practicing his scales in our living room and the windows would rattle from the powerful sound of his amazing voice.

I would sing at family gatherings with my dad as my accompanist. My big number was “If I Loved You” from the show Carousel. I had a vocal duo in high school with my friend Hugh. We’d sing all the top hits in duo form. It was a great way for me to learn to sing harmony. I was made aware of Gram Parsons and Emmylou Harris and became smitten with that style of music. My first recorded demo included “In My Hour of Darkness” (written by Gram and Emmylou). I cut four songs at the Wally Heider studios in San Francisco and then was offered my first of multiple record deals.

I was in a cover band in San Francisco called Maiden’s Downfall and started doing song demos, which led to my first professional AFTRA session. I was asked by Harry Maslin (producer of David Bowie, Air Supply, Hot Tuna, and many more) to sing a duet with Jorma Kaukonen on the Hoppkorv project. The song was “It’s So Easy to Fall in Love,” a cover of a Buddy Holly song. I received a terrific review from Cash Box, a popular magazine at the time.

Then my husband, Timothy Boyle, and I had our first child and soon moved to Los Angeles. Tim was also my recording engineer. We recorded as much as we could at the Wally Heider facility before we left the Bay Area. I’ll be forever grateful for those sessions and lessons in how to sing in the studio. About five years after moving to LA, I did a showcase at the world-famous Troubadour and was seen by an A&R representative from Arista Records, and three weeks later, I was doing a private showcase for the one and only Clive Davis. I was signed to a three-song singles deal and worked with Steve Buckingham (who produced Dolly Parton, Linda Ronstadt, Melissa Manchester, and Dionne Warwick, to name a few). That deal with Arista did not pan out for me, but I was honored to be selected to work with Clive.

I took a break from the biz, except to do a commercial jingle every now and then. We had our second child. I did the play Oklahoma! to get back in full to what I loved most—singing. I was continuing to develop as a songwriter during this period and had some of my songs recorded by various artists, internationally and locally.

Then I met a manager who wanted to put a band together with a male singer and me. We called it Karen Tobin and Crazy Hearts. We were known locally as the Fleetwood Mac of Americana country. We wrote all of our songs and got instant acclaim. We did some very prestigious gigs, like playing a Grammy party, a Merle Haggard birthday bash, and many more corporate gigs. We decided it was time to go to Nashville, where we played a showcase set at the famous Bluebird Cafe. We met a producer, Barry Beckett, who came and told our manager that he wanted to see the whole band. Barry came to our next West Coast show, and the next thing you know, I was in Nashville meeting with publishers and getting ready to do a demo with Keith Stegall. I was signed to Atlantic Nashville, did a multi-city promotional tour—we thought we were on our way. Sadly, the label decided that female artists were not selling as well as the male artists and I was let go from an eight-album deal. It was pretty devastating, needless to say.

So I really took a break from the performing side of the music biz, but that muse just never stops producing songs, which brings me to today. I am still a prolific songwriter and have a wonderful live band that performs my music with such care and passion. I am so grateful to still be out there singing and performing. The best part is my family.

Great, so let’s dig a little deeper into the story – has it been an easy path overall and if not, what were the challenges you’ve had to overcome?
It has not been a really smooth road, but I have really enjoyed the journey. I have learned to pick myself up, dust myself off, and begin anew many times, and I have enjoyed this ride to date.

I have sung in front of thousands of people while on tour in Europe with my rockin’ band Crazy Hearts. There is nothing so satisfying as seeing an audience full of joy and screaming for more. I have done commercials and vocals for films, had songs placed in films, and collaborated with some of the best writers in the business. Still, I keep getting melodies and hooky titles and lyrics. So, it’s kind of a gift that keeps on giving. I feel blessed to have had such an interesting life.

My partner, Brian, and I host house concerts on our patio, and we produce and record albums in our home studio. I have co-written with an artist that I produced and found that to be a ton of fun. I have some favorite local collaborators: Paul Marshall, Alan Nathanson, Lois Blaisch, Robert Crew, and Steve Roberson.

No matter what challenges I have faced, the silver lining is always my daughters, Lyndsay and Briget. Lyndsay is a lawyer and lives with her two sons and terrific husband in Chicago. My younger daughter, Briget, has become a fine world-traveled singer-songwriter who specializes in Eastern European and Americana music. Please visit brigetboyle.com.

Please tell us about Sunnyland Productions.
Sunnyland Productions is a home-based recording studio. We are able to track full six-piece bands. My partner, Brian Soucy, is the engineer, mixer, mastering engineer, and live sound mixer. We have had artists from the East Coast come to my house and stay with us while they completed their projects. I am very proud that we have been able to have such a diverse space for tracking, vocals, and guitar recording and mixing.

I like to advise people about setting up their publishing companies and being sure that their business is in order. For example, if you get a song placed in a film or on a television show, it’s important to have certain mixes to provide to the people who are trying to represent you in a very professional way. So when you record with Sunnyland, we will offer the right mixes for the various situations that may come up with placement opportunities.

It’s really great to have a studio at home. It makes it all so very convenient. Here is a link to my latest Sunnyland Productions release, Before It’s Too Late: karentobin.bandcamp.com

All songs were recorded at Sunnyland Productions. Life is good.

I also have my real estate license and have been working at that business with a wonderful roster of clients and new friends. It’s a service business, and I like to be of service. Check out karentobin.rodeore.com.

Do you look back particularly fondly on any memories from childhood?
My favorite childhood memory is spending summers with my grandparents, Patrick and Christine, in Cape May, New Jersey. I often think about the blackberries that my Grandpop and I would pick and the delicious homemade muffins that would magically appear later on that day. I’m working on a children’s book called Pinky and PJ about my special relationship with my grandfather. My dad used to call me Pinky when I was a little kid. I have been told that I marched up on the stage at the Cape May boardwalk and started singing, without even being invited, so I guess I have always wanted some spotlight. Some say I am tenacious and driven; I think you just have to be to compete in this modern world. 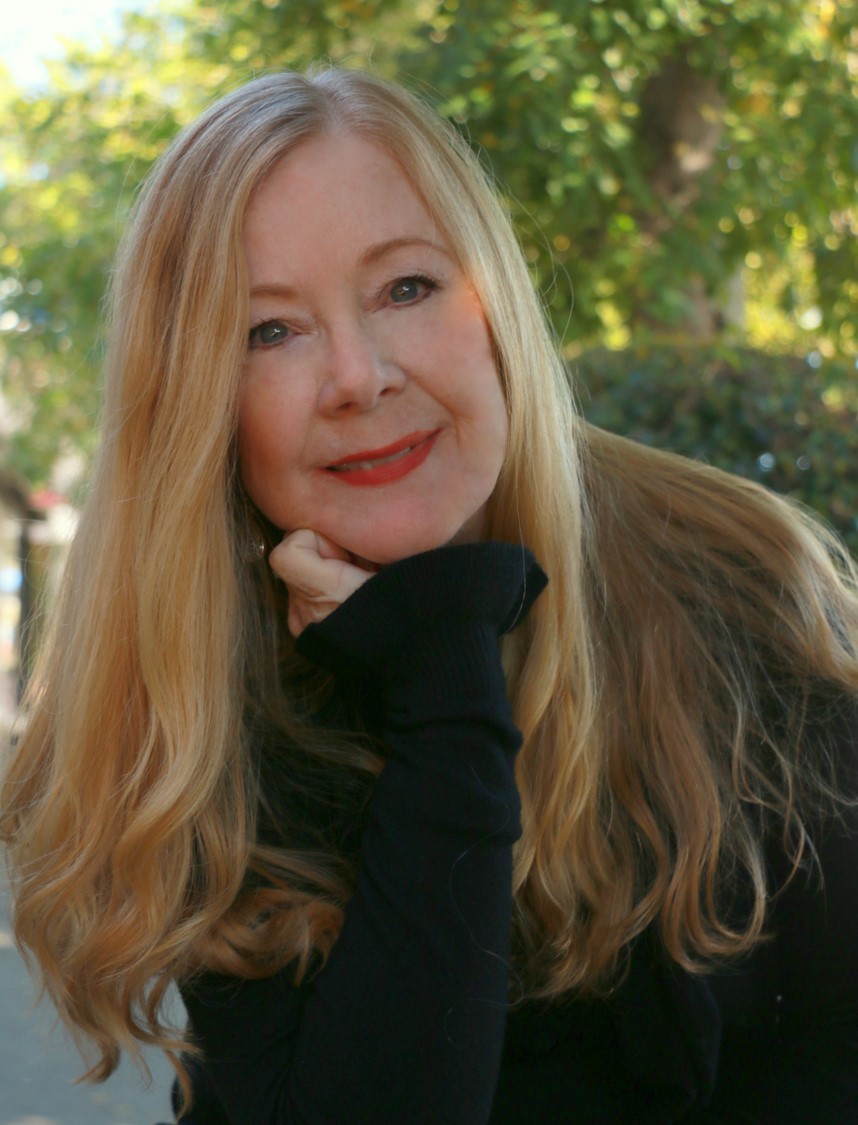 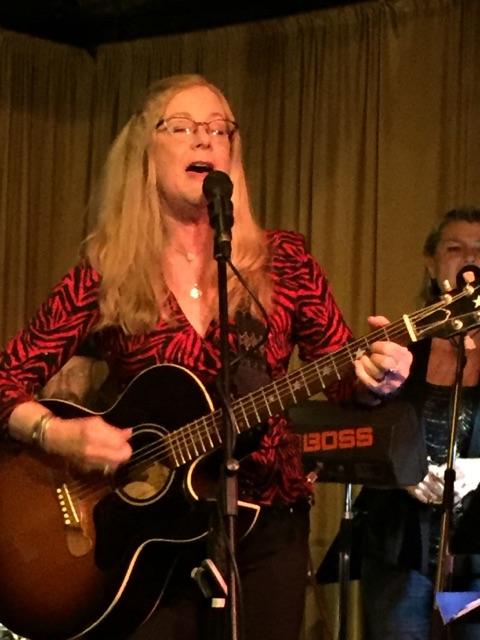 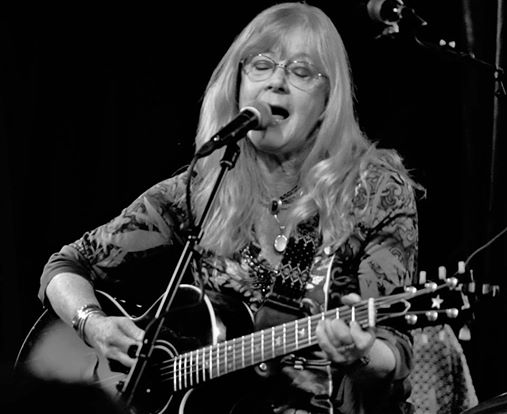 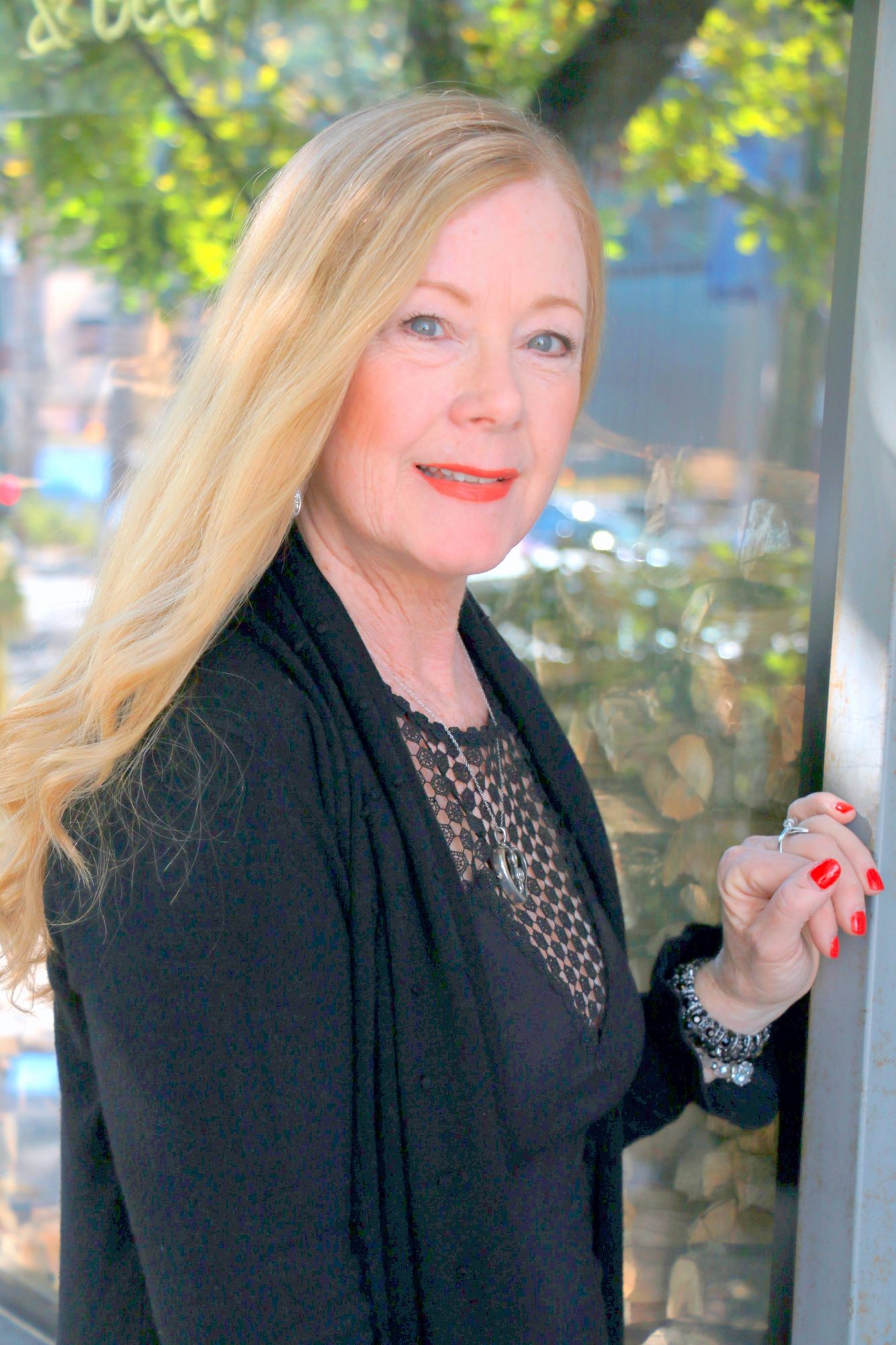 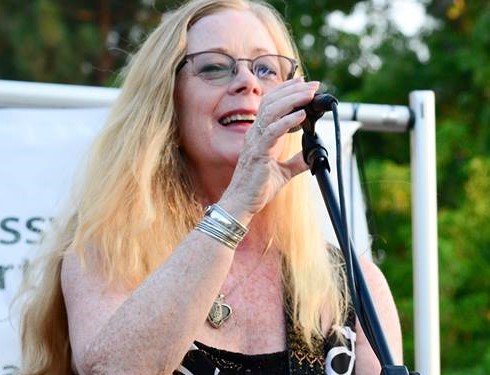 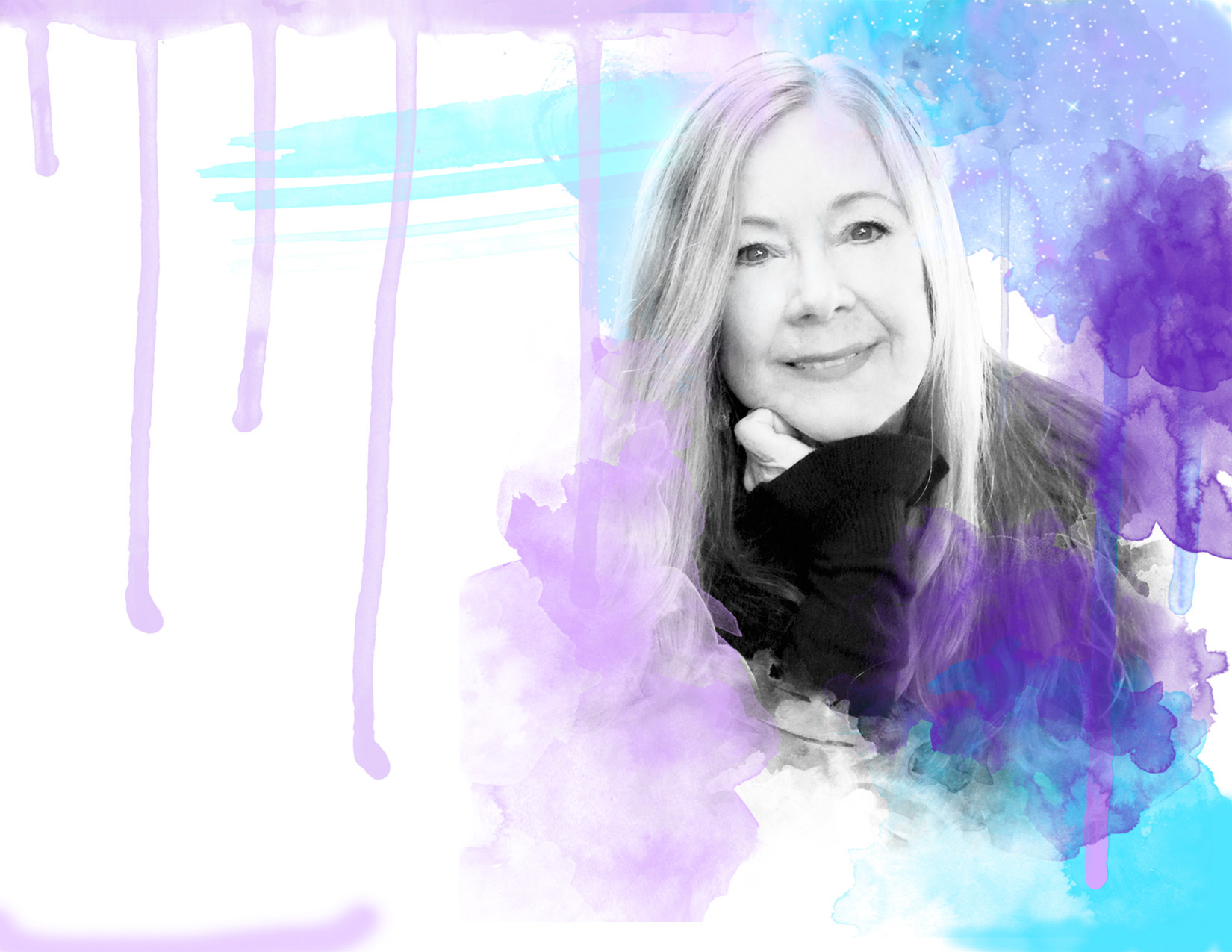