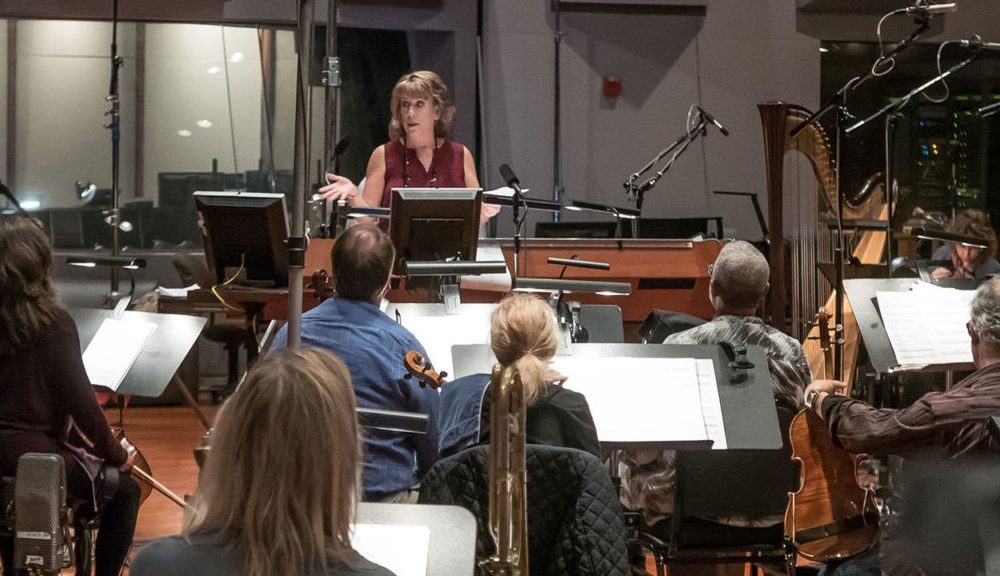 Hi Karen, can you start by introducing yourself? We’d love to learn more about how you got to where you are today?
I have been a professional cellist and music contractor for over 40 years. In the beginning, I contracted musicians mainly for live events such as weddings, parties, corporate events, and concerts. I began contracting musicians and music professionals for live recording sessions and concerts in 2016 after realizing that we could provide a much-needed service in the greater Los Angeles area by offering to book great musicians at any of the iconic studios, sound stages, and concert venues in town with a front-end buyout for the composers so they own their music to reuse as they see fit.

As a professional cellist, I have enjoyed a wonderful, diverse career. I have played in every type of ensemble including solo work, chamber groups, symphony orchestras, and accompanying rock bands. I have toured wonderful places like London, Prague, Vienna, Austria, Japan, and China. It is such a blessing to be paid to perform in beautiful, exotic places!

Our most recent project was incredible! We made a music video, ALL RECORDED REMOTELY, by over 160 musicians from all over the world!!

This project was a HUGE undertaking. We worked with musicians from all over the United States, Argentina, Mexico, Greece, and Europe with all of them recording their tracks from their home studios. Each musician sent us audio tracks and separate video clips which were then masterfully engineered and edited into the final music video, music mixing by Damon Tedesco, and video editing by Paul Zablidowsky.

The David Z Foundation is a non-profit organization created in memory of David Zablidowsky and dedicated to transforming lives through the magic of music. Their focus is on providing music education to low-income families and high-risk children while subsidizing the financial costs that come with it. They also offer scholarships through partnerships with music schools such as School Of Rock, Brooklyn College, and various other local organizations around the country.

I’m sure you wouldn’t say it’s been obstacle-free, but so far would you say the journey has been a fairly smooth road?
No! Two of the biggest struggles were caused by AB5 and the pandemic.

* The worker performs work that is outside the usual course of the hiring entity’s business; and

* The worker is customarily engaged in an independently established trade, occupation, or business of the same nature as that involved in the work performed.

Because a musician and music contractor need to provide direction to their colleagues on a job, and because we perform the same work as the musicians we hire, we could not pass prongs A and B. I began diligently searching for an affordable payroll solution and an insurance company that could provide affordable Workers Comp insurance. Both tasks proved to be daunting, expensive, and elusive. I could not afford to hire a payroll company so I had to purchase the software and hire an accountant to teach me how to process my own payroll. Finding an insurance company that understood what kind of work a music contractor did was even tougher. All of the big-name companies simply said they couldn’t help because they didn’t work with a similar type of business. All of this caused my cost of business to increase by 20-30% simply to comply with AB5.

When AB5 went into effect in January 2020, all of the contracts that were on the books were canceled and went out of state to record, causing us to lose over $100,000 in revenue and jobs for over 100 music professionals and several studios. I was one of nine music professionals who met with legislators and fought hard for music professionals to get an exemption from AB5 by getting AB2257 passed. Unfortunately, several union representatives were also at the bargaining table and they fought equally hard against letting several groups of music professionals be exempt. For example, symphony orchestras, musical theaters, headlining bands, and musicians who work at amusement parks were not granted an exemption.

Then, the pandemic hit, and ALL other work was canceled too. Concert venues, recording studios, sound stages, and wedding venues had to close their doors and the music community was hit extremely hard by unemployment. We have just recently started to see these venues reopen, work started to trickle in, and we are really worried that the new Delta surge will cause another lockdown.

Appreciate you sharing that. What else should we know about what you do?
Karen Garrity Music works closely with our clients, composers, conductors, producers, and directors to determine everything that is needed to bring their project or event to life. We manage all the details of bringing their recording project or live event to fruition so they don’t have to! We help write a custom proposal that provides what is needed for their project while staying within budget. We oversee the details throughout the planning stage and supervise on-site the day of the recording session or live event to ensure that everything runs smoothly. All of this is to ensure that the process is as stress-free as possible.

Karen Garrity Music’s mission is to provide music contracting services with exquisite attention to detail, meticulous organization, and relentless pursuit of an optimal solution for all. Look no further, we’ve got this!

What sort of changes are you expecting over the next 5-10 years?
Once we survive the pandemic and get back to work 100%, I’d love to see film recording work come back to LA. Over the past 40-50 years, we have lost over 80% of this work to overseas orchestras and studios in cities like Macedonia, Prague, Bratislava, Budapest, and Sofia because it was much cheaper to record there.

We have beautiful, iconic studios and sound stages as well as highly skilled musicians who can sight-read anything placed in front of them right here in LA. This alone allows us to work extremely efficiently and cost-effectively. We look forward to working with you! 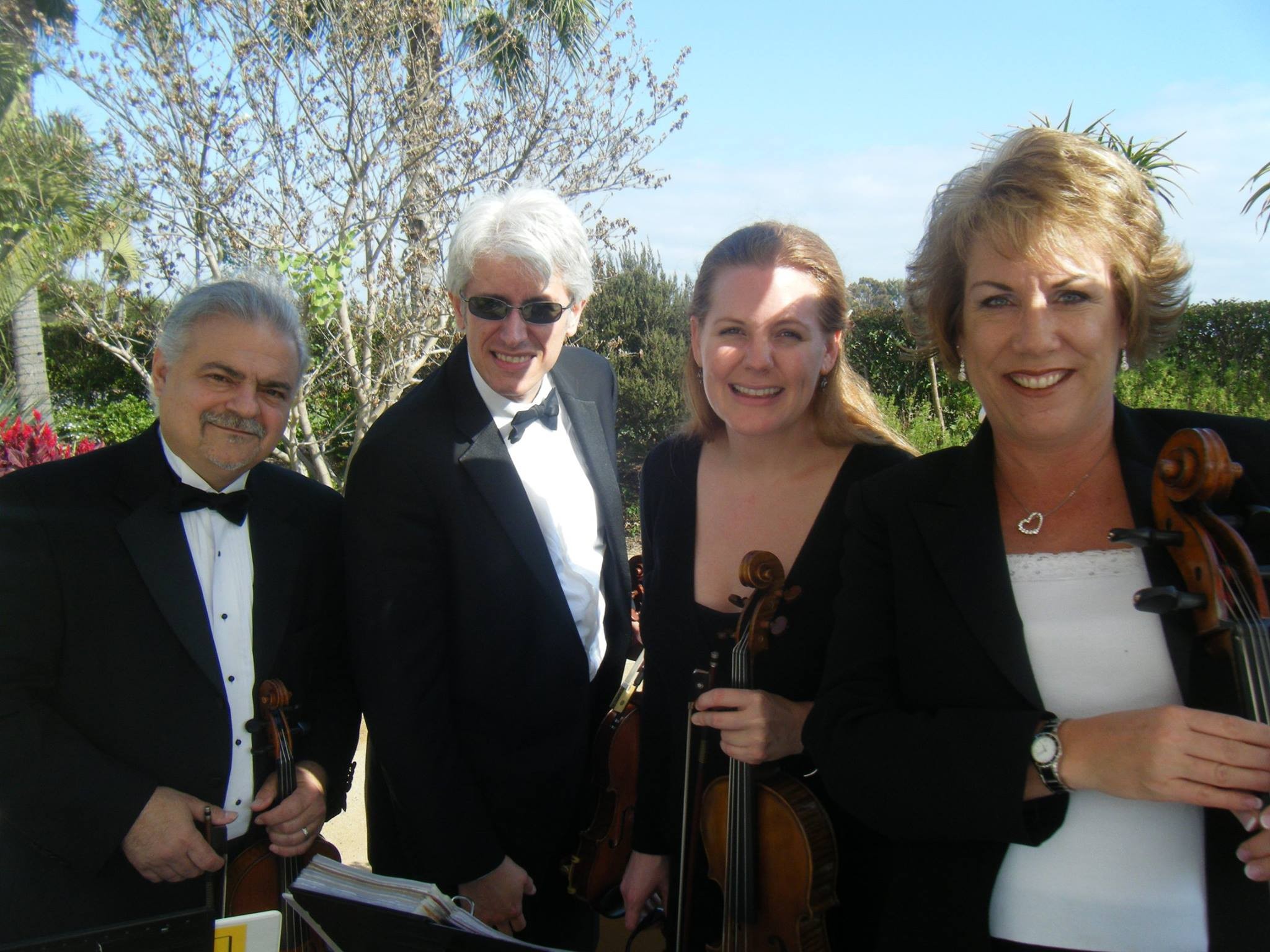 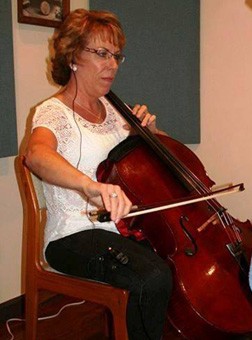 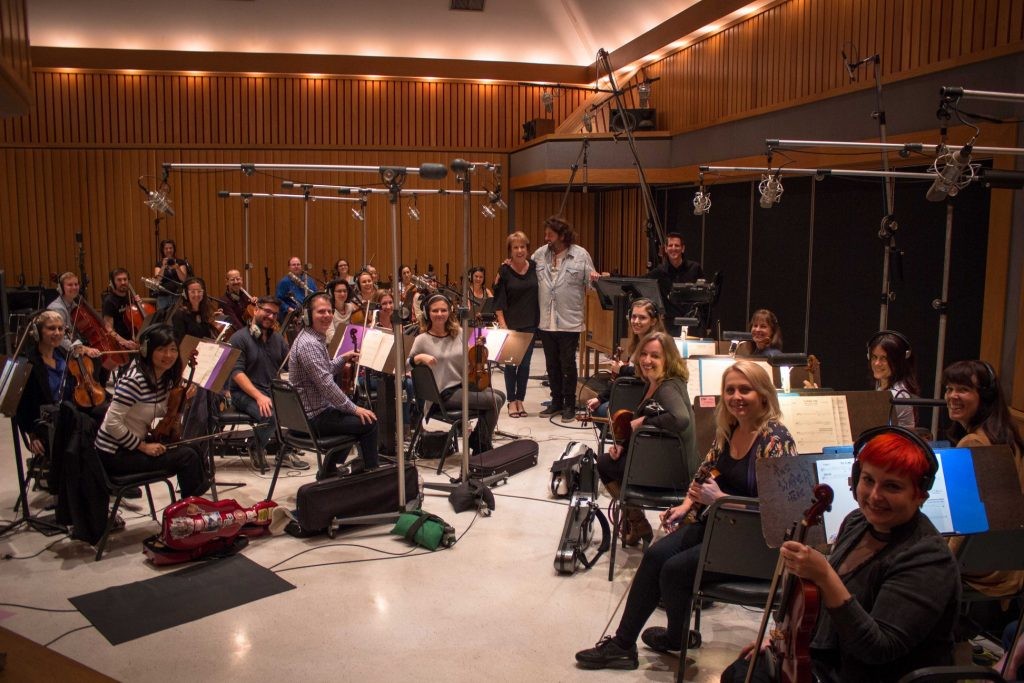 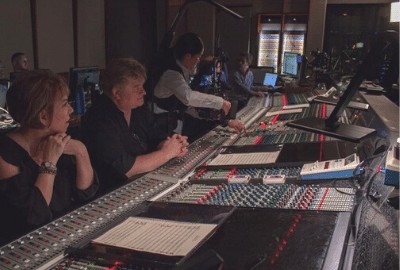 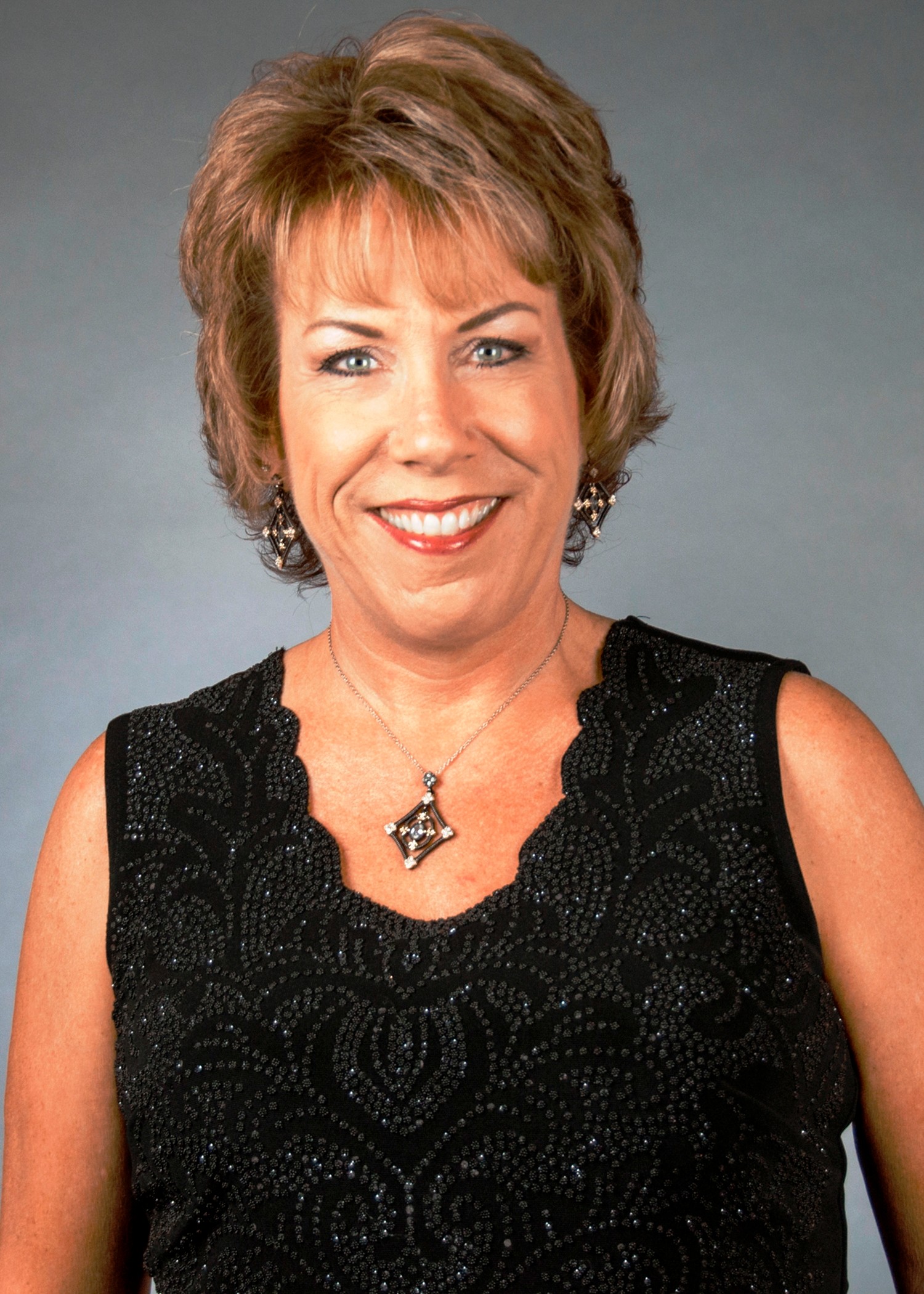 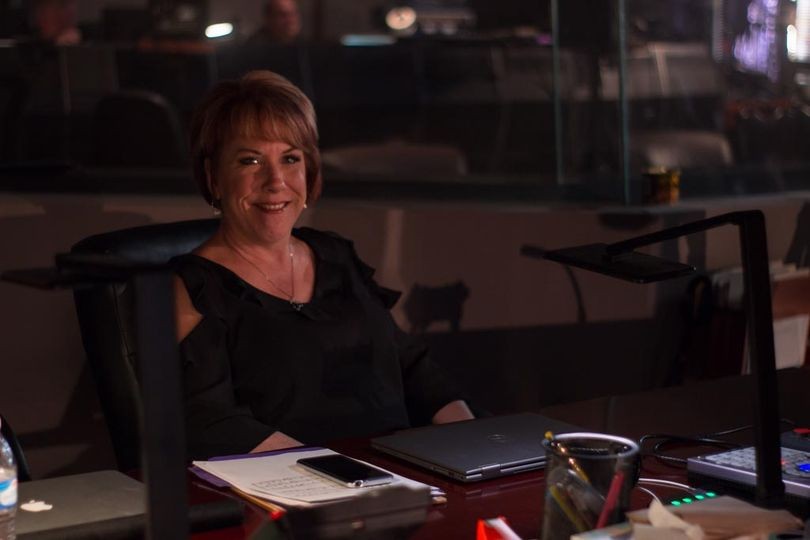 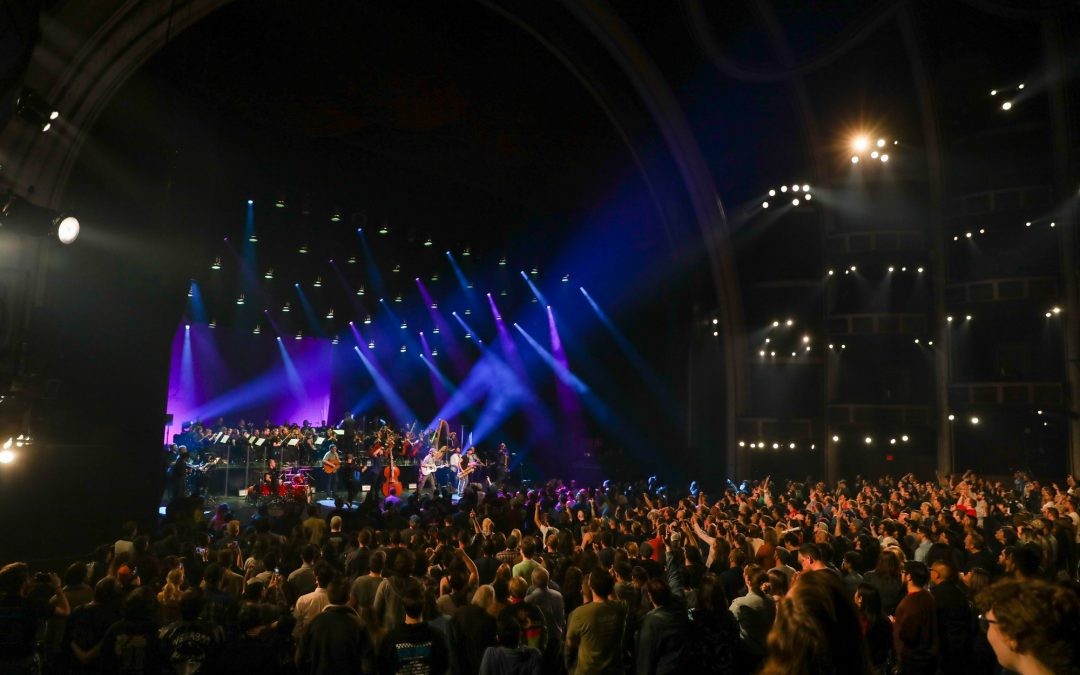