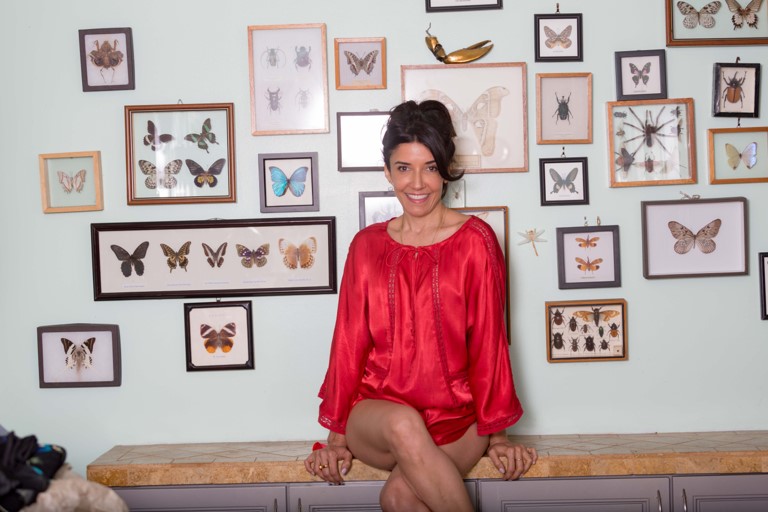 Today we’d like to introduce you to Karen Forman.

Karen, can you briefly walk us through your story – how you started and how you got to where you are today.
When I was around nine years old, I sang “You Ain’t Nothing but a Hound Dog” around the fire on a multi-family camping trip in FULL VOICE, raspy growl and all. I was immediately hooked on the rush I got from making people laugh. My first joke came at age three: “I peed on a raisin.” I thought it was hilarious. Sometimes, it’s enough just to crack yourself up.

Comedy is my favorite! It has gotten me through some tough times. It’s been my therapy in various forms: standup comedy, improv, and writing. I’ve married a background in social work with comedy in the form of “I’m Triggered,” a web series I do with my writing partner and sister from another mister, Nicole Dalton. In our improvised series, we play two roommates who only communicate in psychobabble. To our delight, our first episode went viral and we have over half a million views on YouTube. We have developed “I’m Triggered” into a TV pilot with Jhoni Marchinko who executive produced “Will & Grace” and is a writer on RuPaul’s upcoming show.

I also co-created a throwback sketch comedy album in the vein of Nichols and May called “The Big Tickle” with my brother from another mother, Brendan McNamara. (I’m really into rhyming) Because it’s a throwback album, we actually pressed it to vinyl just like they did in the old-timey days! It’s very much like the comedy albums of the 40s and 50s – clean comedy sketches that are very stylistic. Our totem sketch is a three part-er in the style of film noir. It’s about a pair of Siamese twins, one who’s a cop and one who’s a criminal. Hijinks ensue!

Given my passion for collaboration, I was surprised to discover that I really love doing standup. I took a class from Jodi Miller about four years ago. She has been a mentor and coach to me ever since. I’ve been performing in her monthly show “Standup When!” at the Hollywood Improv for the past couple of years. For this show, Jodi chooses a year in history (i.e., 1945, 1863, 1978, etc.) and asks the comics to write their set as though they are living in that time period. It is the perfect marriage of acting, character work, writing, and standup. Plus I’ve learned a ton about history.

I have also been performing and studying improv for more than 15 years. The rules of improv, such as saying ‘yes’ to what’s happening as opposed to trying to change it, have informed all areas of my life for the better. I started teaching improv to kids a few years ago with a dear friend, Sara Erikson, and we both share a passion for imparting the important life lessons and social skills that improv offers to children.

My home for improv is the fabulous Impro Theatre in Los Feliz. They focus on improvised plays in the style of various genres. I’m currently performing “Charles Dickens Improvised” with a group of delightful and hilarious improvisers. I also recently co-produced, alongside Jeff Bowser and Kimberly Lewis, a run of “Improvised Silent Movie” plays and that was an absolute blast. I can’t recommend Impro Theatre enough for all of your improvisational needs. Whether you want to see a show, or take class and perform, it’s a lovely community of people and I’ve had some truly outstanding and inspiring teachers and directors there.

I try to focus on the process of whatever project I’m working on versus the result. The love and support of my family has been VITAL. My sweet parents and sisters are always so encouraging and my framily (friend family) are a deep well of inspiration and love that I simply couldn’t live without.

We’d love to hear more about your work and what you are currently focused on. What else should we know?
I’m very proud of our “I’m Triggered” pilot. It’s a dark comedy about the evolution of two codependent soul friends and roommates: one a therapist in training living with an autoimmune disease and the other a competitive columnist for the Los Feliz Ledger learning how to date after losing the love of her life to a taco truck accident. Together in L.A., they are rebuilding their lives in spite of the many triggers that assault their hyper-aware sensibilities. With this show, Nicole and I are focused on making the invisible visible. In real life, Nicole has a rare and severe form of juvenile onset arthritis. “I’m Triggered” is about what it’s like to live with a chronic illness, specifically an invisible illness. Their friendship overcomes the obstacles chronic illness throws at them.

I also produce and host a standup and storytelling show at the Lyric Hyperion in Silverlake called “The Survive Show.” The Lyric has been a great home for my show for the last 3 1/2 years. Hosting has been an invaluable learning experience. If you’re reading this and you’re new to standup, I would highly recommend hosting your own show. As a host, you really have to be present and that’s always been my goal with standup because it’s so scary: How present can I be with the audience? I play a new age character in my standup that believes she has A LOT to teach people. So even when I’m scared on the inside, I know I have to fake confidence because my character demands it.

I’m really into doing characters. My sister, Sarah Forman, and I collaborate a lot. She’s a great writer and we have a lot of fun working together. We do an influencer parody on Instagram under my (@karenforman) account. We started doing it a year and a half ago and at first, my character was a bit subtle and friends were asking me if I really was being sponsored by the Long John Silvers of Pacoima. Um, that would be a ‘no’. Now my character is much more obvious. I have some hilarious friends on Instagram who play along, pretending they are taking my #moneyclass or enjoying the #VIP room at the #Hooters of West Covina that I’m being #sponsored by. It’s so ridiculous.

How do you think the industry will change over the next decade?
I hope to see a lot more female-driven projects get made! 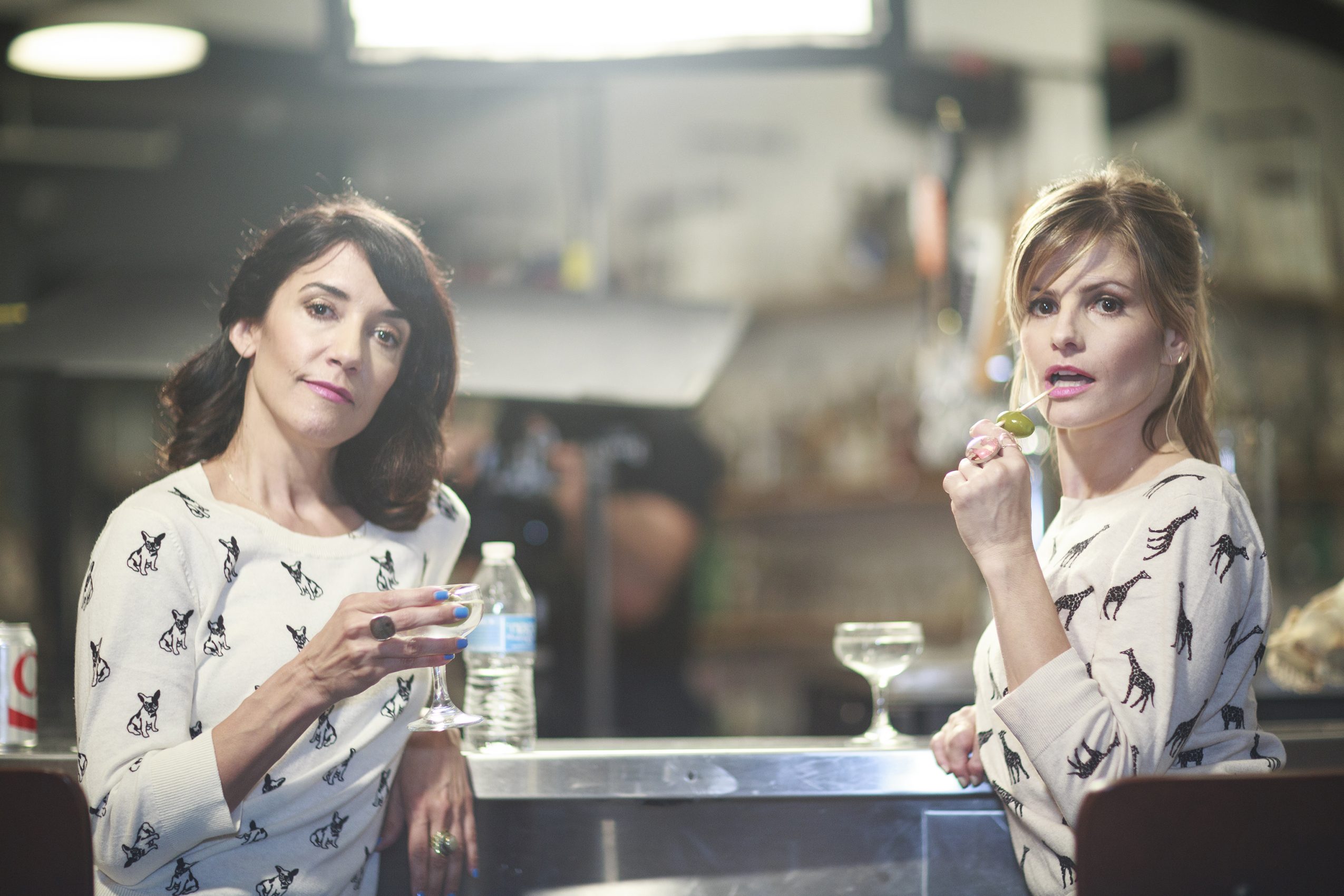 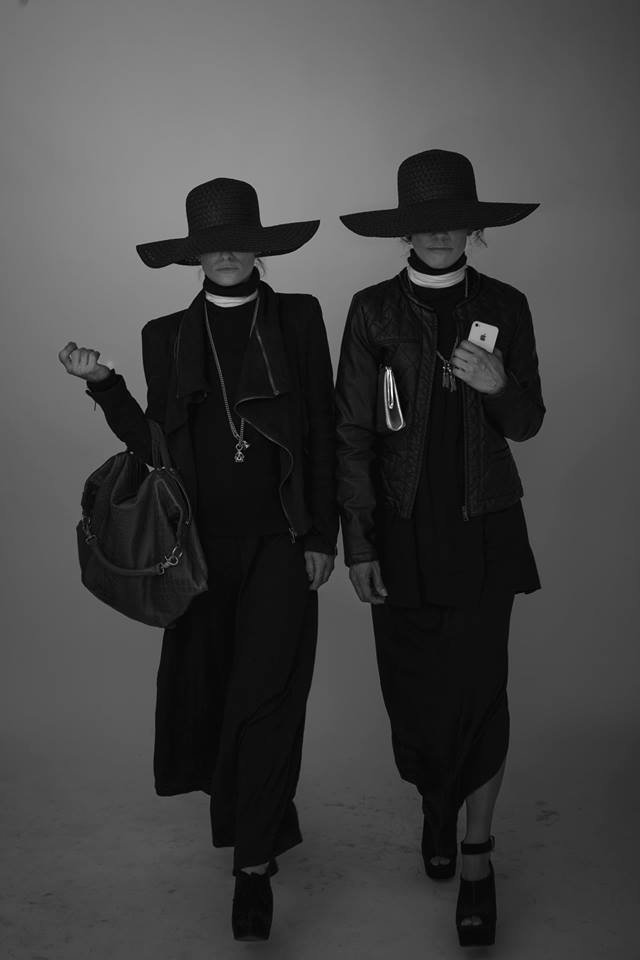 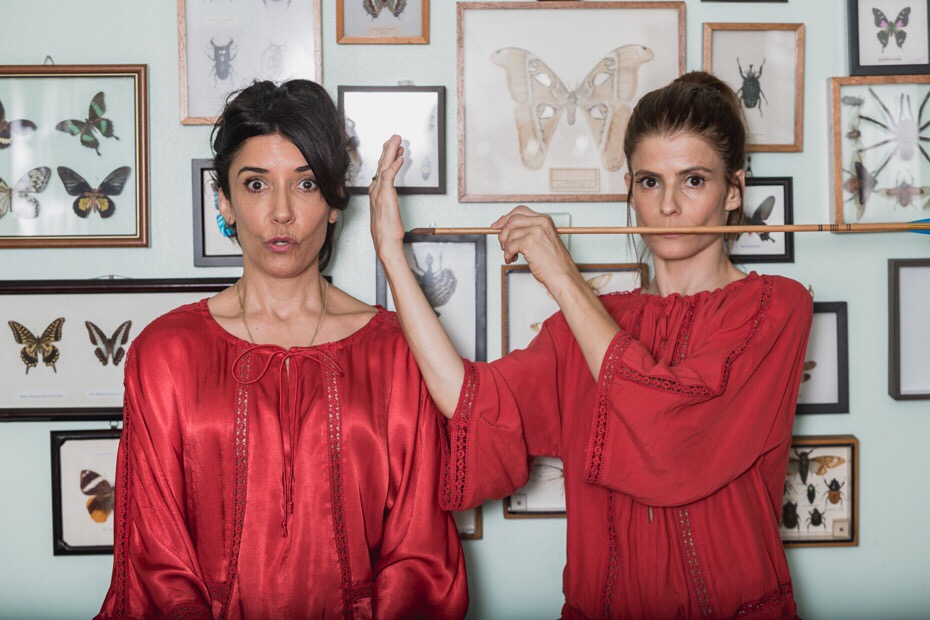 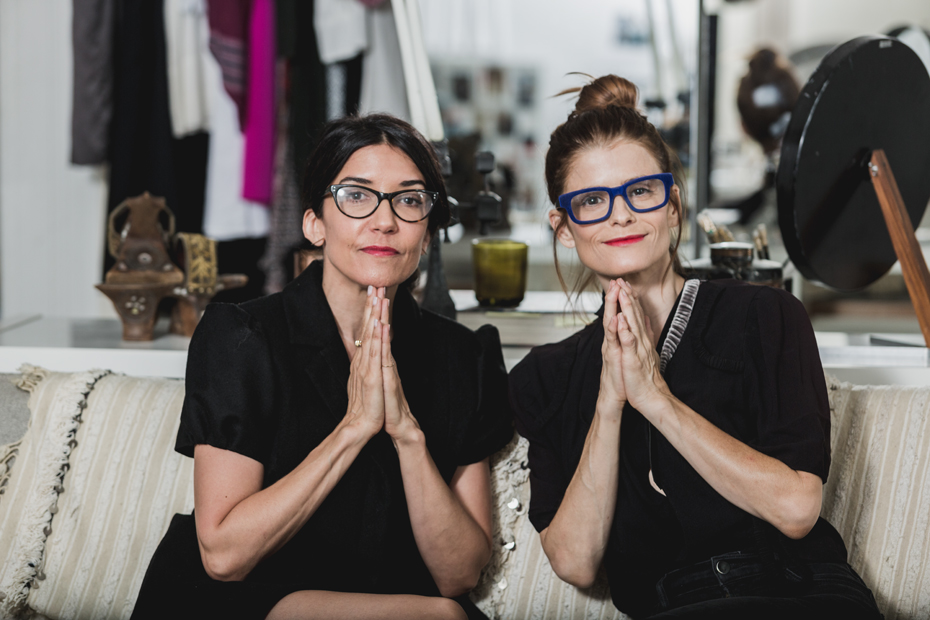 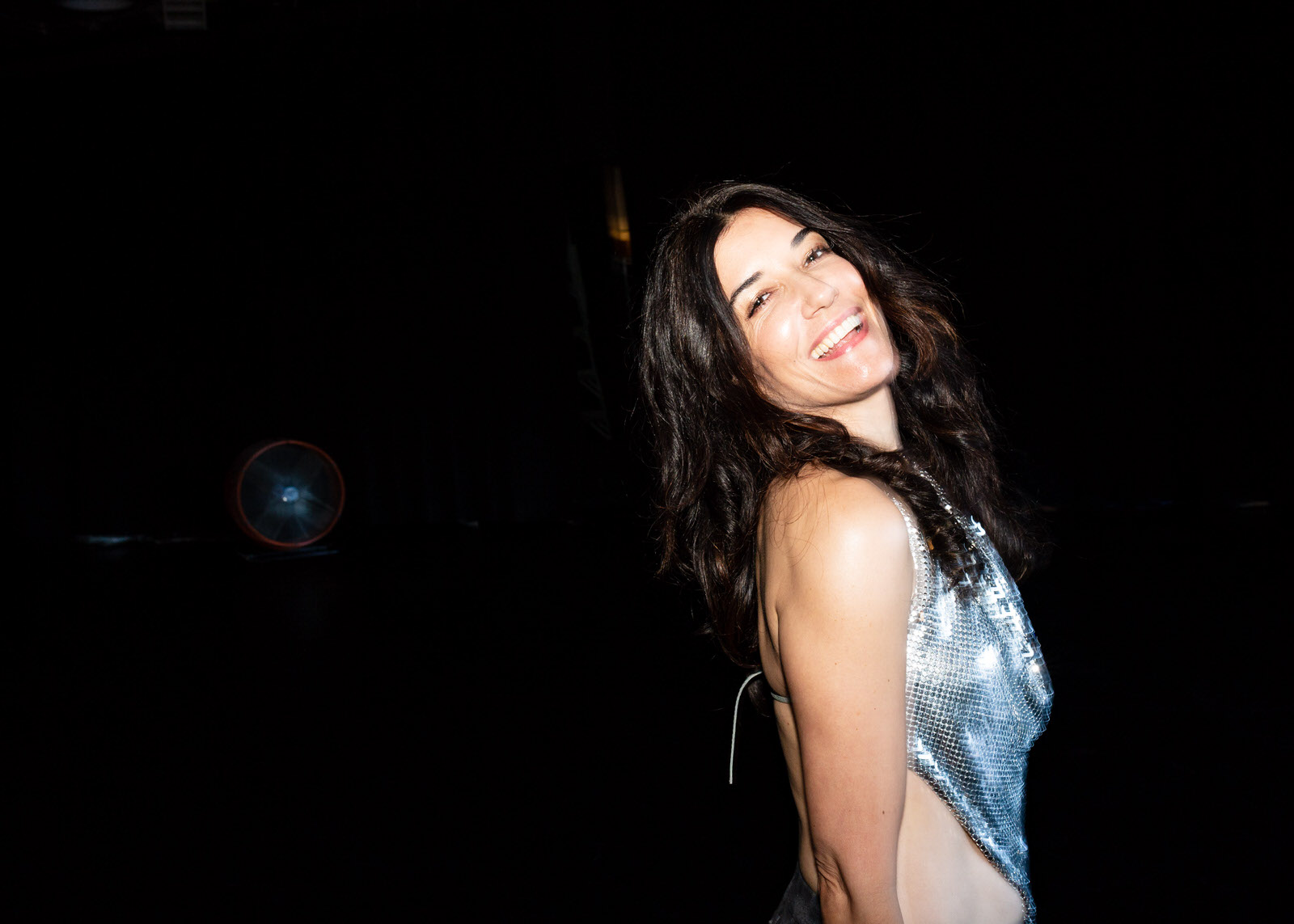 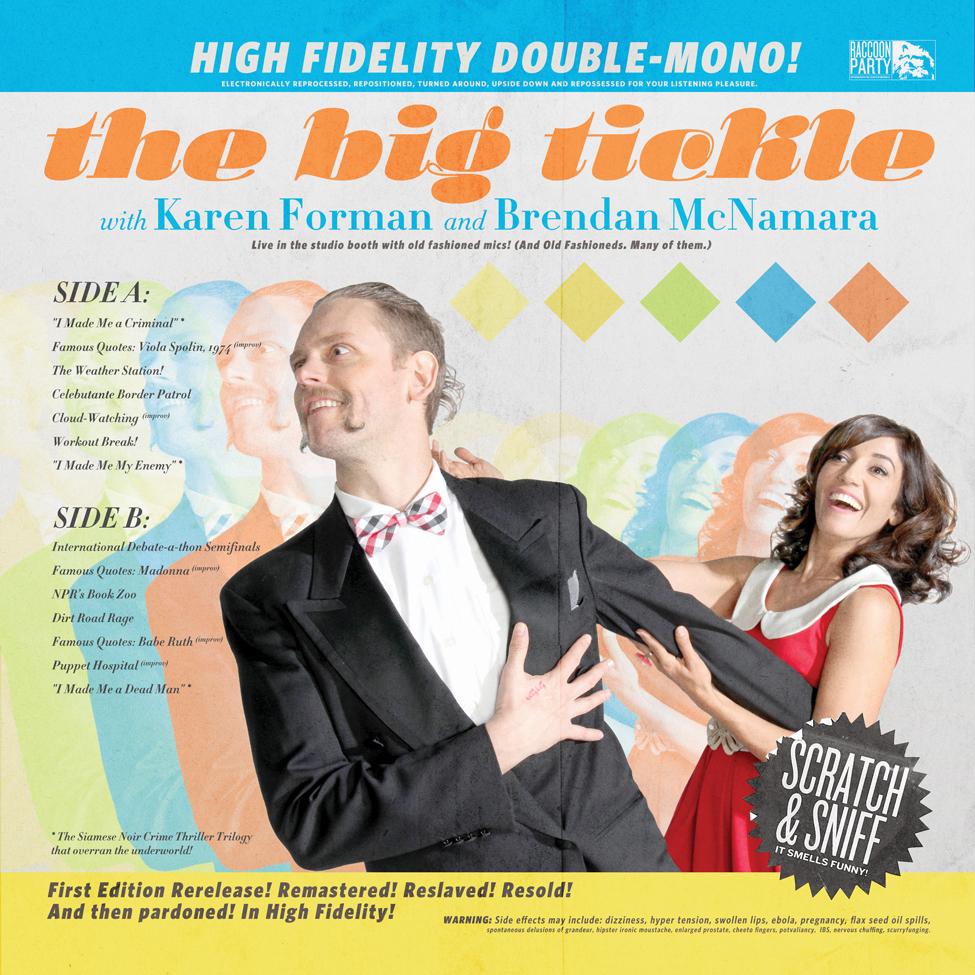