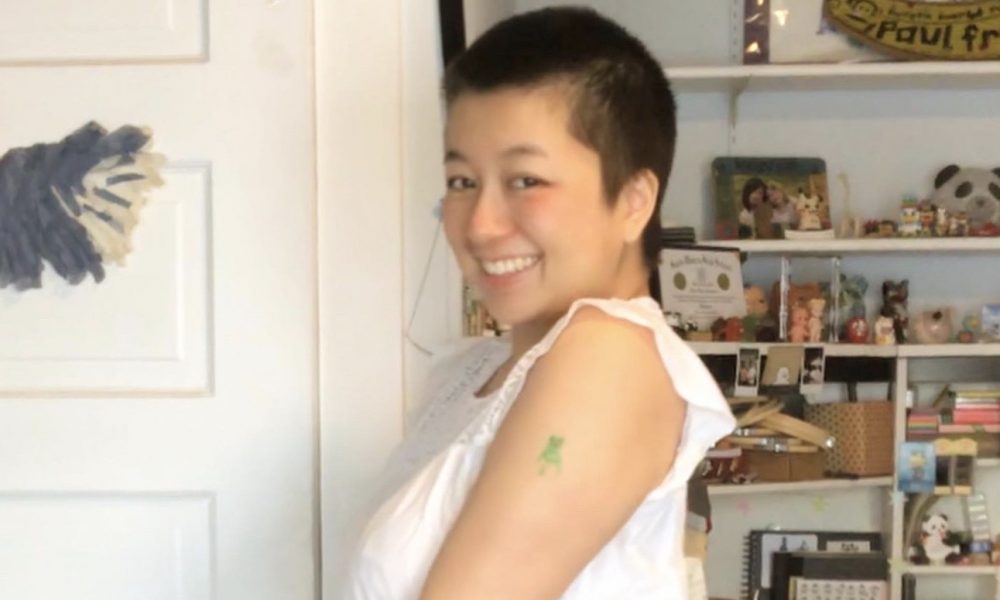 Today we’d like to introduce you to Kanoa Ichiyanagi.

Kanoa, let’s start with your story. We’d love to hear how you got started and how the journey has been so far.
I was born and raised in Venice Beach, and though my parents weren’t musicians themselves, they often worked with many musicians, my dad used to make art, and my brother made beats, so I was still often surrounded by a creative environment. When I was around 9, I decided to learn Violin after seeing a Violinist (Julie Pusch, who later became my private teacher for the next eight years) play in a bluegrass band. My K-8 school didn’t have the biggest music program, so I joined LA Youth Orchestra, with which I got to tour New York and Vienna/Prague, as well as do a recording session with the Foo Fighters. I was also involved in a group called String Project LA, where we played all kinds of music including Jazz, fiddle, and pop.

I went to Santa Monica High school, which even though is a public high school, has a really great and really large music program. I joined the orchestra, started learning percussion in the marching band, and also did a little bit of jazz band while I was there. Through my orchestra, I was able to play gigs, perform in Walt Disney Hall, as well as tour Argentina/Uruguay. In Junior year of high school, I decided to start learning Viola to be able to play more chamber music. A lot of my good experiences are thanks to the orchestra directors Joni Swenson, and Jason Aiello.

When I was trying to decide where to apply to college, I knew that I didn’t want to go to a traditional conservatory because I was interested in playing many different genres, and I didn’t want to do classical solo performance as a career. I heard about the California Institute of the arts through a family friend and wanted to check it out. After I toured the school, I knew that CalArts was for me. I decided to take a trial lesson with Andrew McIntosh, the Violin/Viola instructor, the summer before I applied. In that lesson, he suggested that I also try composing, and that night I got really excited and started to play with Garageband. After I started composing, I started to get really into the idea of film and game scoring because of how inspired I’ve always been from videogame and animation soundtracks.

I started attending CalArts in the Fall of 2018, and since then I’ve learned so much from my teachers and peers. I’ve gained interest in playing New music, Baroque music, Gamelan, and traditional Japanese music, and also have tried many new instruments, like Koto and singing. I’ve also had many opportunities to work with really talented animators in scoring their films and making/scoring games with the game makers club. I’ve met so many great and talented people that I’ve had the pleasure of working with and I’m really thankful that I’ve had these opportunities to do that!

Overall, has it been relatively smooth? If not, what were some of the struggles along the way?
I think one of my biggest struggles is my own doubt and insecurity when it comes to my music. I sometimes get too conscious about what people think of my work, and often compare my progress to others around me, especially since I’ve only been composing for a couple of years. This also manifests in my performance as a sort of stage fright when performing solo and in small groups, and is also partly the reason why I never sang in public or in my compositions until the beginning of this summer. Though I’m definitely better about it and have grown a lot since high school, it’s something that I’m constantly working on personally and in my career as a musician. I’m really lucky to have always had family and friends that are always supporting me and getting me through rough times.

We’d love to hear more about your work and what you are currently focused on. What else should we know?
I’m a Violinist/Violist and Film/Gamer composer!

Though my main instruments are Violin and Viola, I’ve also been learning and playing Koto, Guitalele, Theremin, and more! I have a lot of experience with live Chamber and Ensemble performance as well as studio recording and have also recently started singing and arranging covers of songs that I like. I love performing all genres and am really open to anything when it comes to musical performance. One of the things that I’m most excited about performance-wise is my quartet, the Morii string quartet. The members are Alejandra Moreno, Nigel Deane, Tal Katz, and I. We are a quartet focused mainly on New music, and we always try to think of new ways to approach the repertoire and the performance. We also do some collaborative composition which is super exciting!

As a composer, a lot of my recent music is aimed at videogame scoring (I take a lot of inspiration from the animal crossing soundtrack). But I’m definitely working on branching out to other genres and including more acoustic instruments in my compositions. I’ve worked with many animators at CalArts on their films, and have some experience scoring games and visual novels, including ones made in the CalArts Gamemakers Club. I’ve also dipped my toes in contemporary instrumental composition and am planning to hopefully further explore that during my time at CalArts.

I like to make art and jewelry when I’m not making music, and am hoping that in the future that I can create more projects and use more of it somehow with my music

I think that when doing all the things I do, one thing that they have in common is my love for collaboration and working with other people. I’m always open to trying new things in my performance and composition, and because of that, I’ve really grown as a musician. 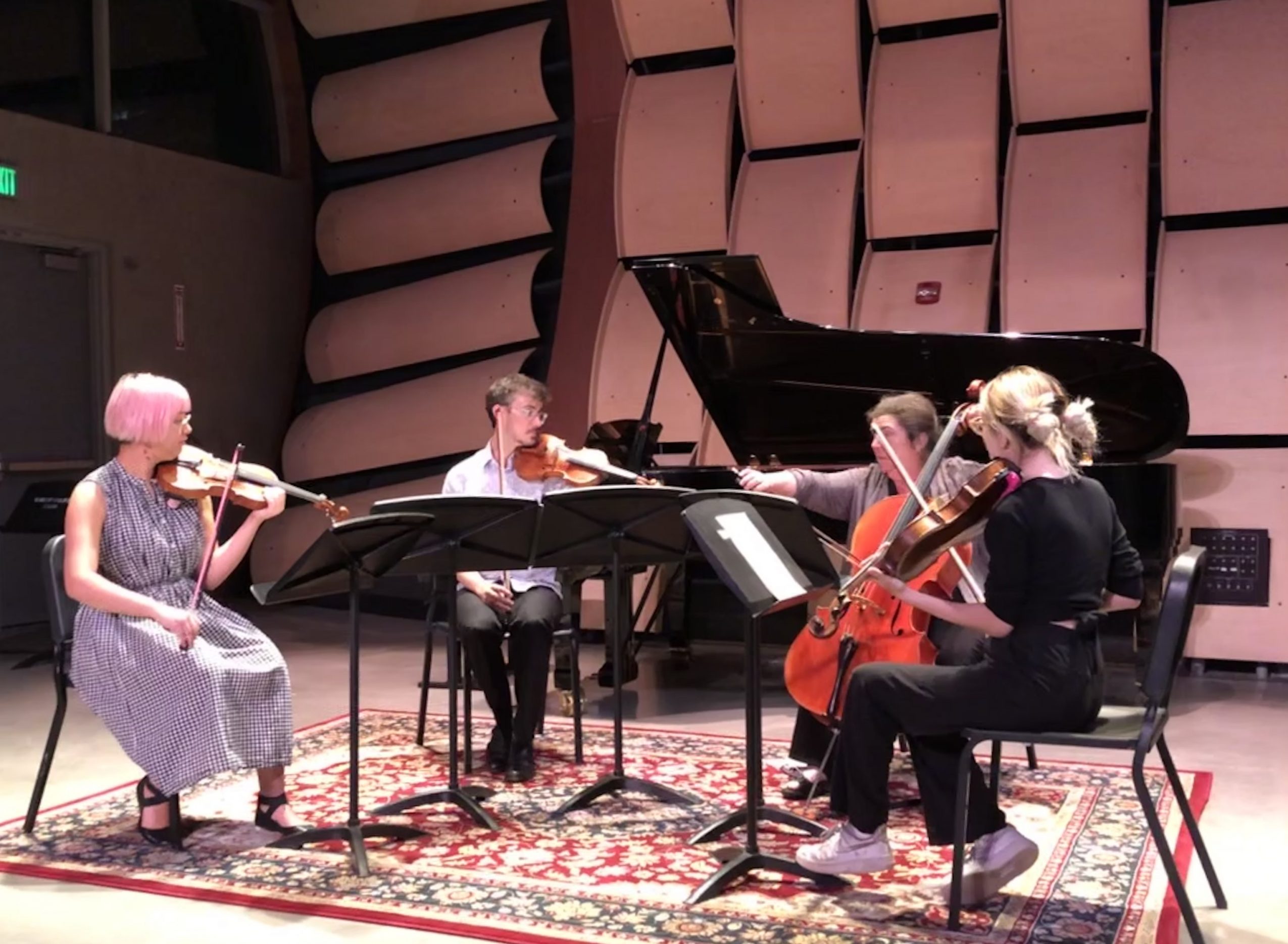 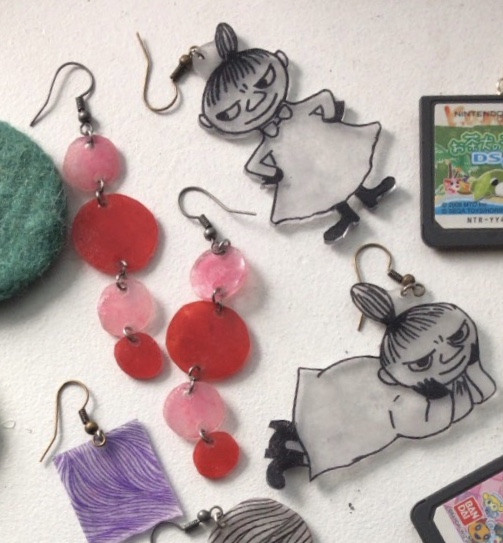 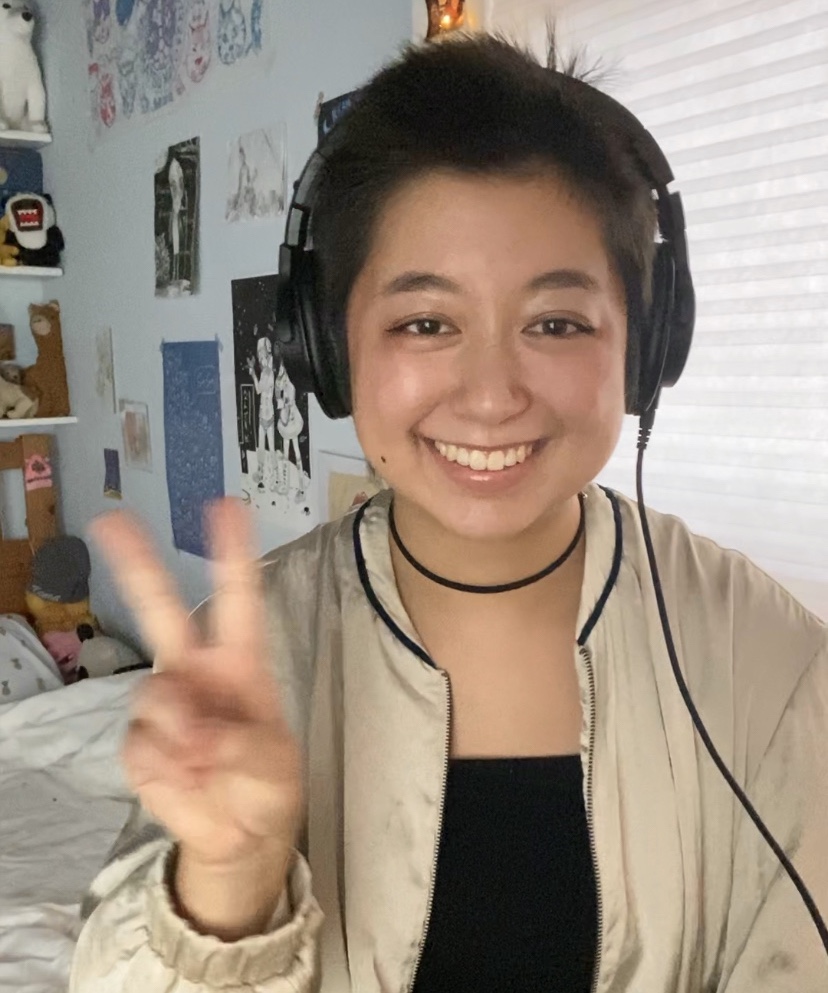 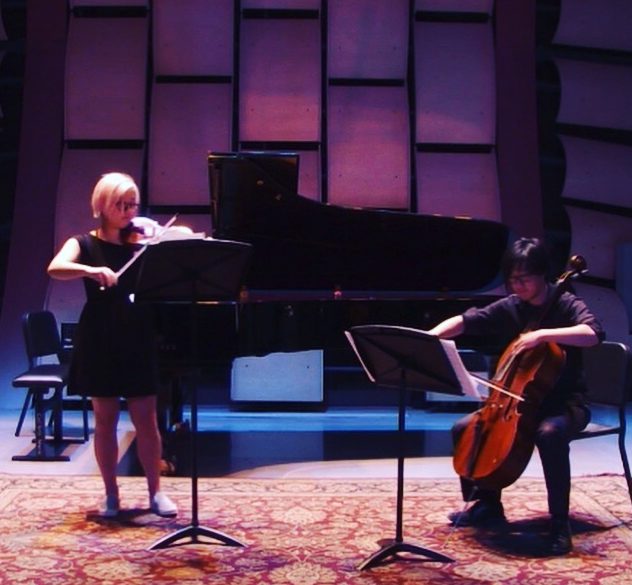