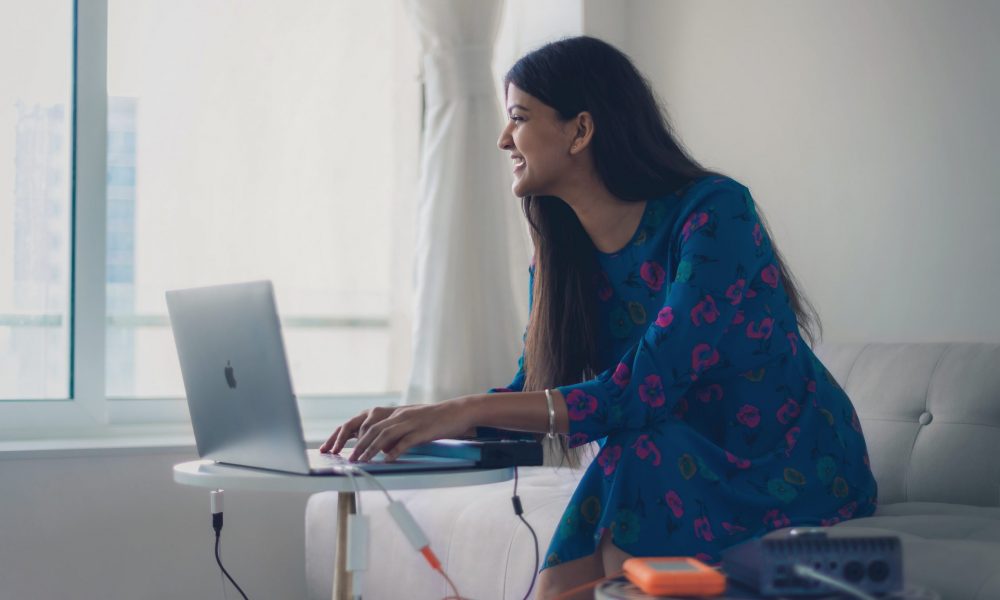 Today we’d like to introduce you to Kanika Patawari.

Thanks for sharing your story with us Kanika. So, let’s start at the beginning and we can move on from there.
I was born and raised in Antwerp, Belgium by Indian expat parents. My father had started a company in the recycling industry, Gemini Corporation. Because of this, our dinner-table conversations always revolved around plastic, tires, steel, and any other material that could be recycled.

My dad instilled a notion of perseverance in both my older brother and I. The idea of success was shaped by my dad’s hard work, who now is considered a pioneer in the recycling world – www.geminicorp.be.

Contrary to the family norm of pursuing business, I chose music as my profession very early on. My family nurtured my passion for music by sending me to singing and piano lessons.

So I found myself in Boston at Berklee College of Music. Within my first semester itself, I fell in love with music technology and production. The ability to make something entirely by yourself was exciting to a younger me, who was looking to become as independent as possible. I also went on to notice the lack of female students in my production classes. This fueled my fire even further to learn production.

After graduating from Berklee, I secured an internship out in LA at Sony Music. I got the opportunity to work at Syco Records (Simon Cowell’s label), where I got to learn a lot about A&R and talent development. During my time there, we scouted, selected, and started developing the boy band ‘Pretty Much’.

During this period, I was able to work on my musical sound without the pressure of college assignments and grades, and just growing up! However, I still struggled from a lack of confidence and your standard musician’s insecurities.

My family has been by my side every single day, as they have supported me and pushed me to start sharing my music. My mother is a classically trained dancer who wasn’t encouraged to fulfill her dancing dreams so she has always shown unwavering support for me.

I find myself today having released my first four songs as both an artist and producer this year in 2019.

However, I always felt like I wanted to do more.

My upbringing was very rooted in Indian traditions making us very connected to our roots. As a child, I would spend all my summer and winter vacations there. There is an enormous amount of musical talent in the country but very little makes it to the forefront. The music industry has become almost like a supplement to the film industry, with very little independent music getting a platform. However, things have been changing for the better and independents are being recognized through various efforts. To be a part of this change, I am building a recording studio/artist residency / co-working space for musicians in the city of Mumbai, India. I envision this space to be a crossroad for different cultures to collaborate and network. I like to consider myself as a bridge between the US, Europe and India, so I would bring in talent from all over the world to work on music together.

Lastly, I grew up seeing my parents making social impacts in various ways. Whether it’s planting 100,000 trees in the Indian desert or selling my mom’s paintings to raise money for cancer research. There were several causes that I wanted to give my own time to.

That’s how MusicRecycle was born. Together with my father and Gemini Corporation, I started an initiative called MusicRecycle with the purpose of raising awareness for recycling, using music as a messenger – www.musicrecycle.com.

Today, I spend my time between LA, Antwerp and Bombay working on these three projects: my own music, building the studio space, and leading MusicRecycle.

Has it been a smooth road?
It definitely hasn’t been smooth. More than anything, most of the struggles have been related to my personal growth as both an artist and businesswoman. Learning how to manage people, especially across three continents has been a very sharp learning curve for me. But it’s exciting! There’s a challenge every day.

We’d love to hear more about your work and what you are currently focused on. What else should we know?
So I am working on three different projects, the first being Kanika as an artist and music producer.

My sound is known to be ambient, vibey, electronic pop with r&b influences, and of course, a touch of Indian. I like pairing catchy melodies with a layered mood below. I am fascinated with world percussion sounds and love experimenting with vocal production.

This year I released my first four singles. The first one, “Is It Over Yet” is a lo fi, minimal track outlining a relationship that keeps going in circles. This was followed by “Playing It Safe” featuring the incredible emawk, who co-wrote the song with me. This was also released with a music video featuring a dancer in an Indian area right outside of LA (Artesia). This song is more atmospheric with a Frank Ocean like sound, thanks to emawk. Third, I released a very different sound, “Thirty Thousand (30k Ft High)”. This is a song I had previously released on Soundcloud. Its a more upbeat song travel and how it’s a core part of my life. Lastly, I released a Hindi song called “Saari Raat”, which garnered quite some attention around India. I shot a music video for this in India, inspired by ancient Indian texts, so it has a fantastical touch to it. I am so happy that I got to work with a fellow Indian woman, Suruchi Sharma, who directed and produced the music video.

Apart from my own releases, I continue to produce for other artists as well. My first song as a producer was released by the artist Shilpa Ananth this year, called “Face Myself”. I’ve been working with several other women as well, which is amazing, as I believe that’s the best way to improve inclusion in the music industry.

When it comes to MusicRecycle, we are working very closely with the recycling associations around the world. We recently participated at the Desert Daze Festival, just outside of LA, where we worked with Global Inheritance (known for all their ‘green’ work at Coachella). We sponsored a program called “Plastic Surgery” where festival goers could come and go through something like a doctor’s visit to learn how to eliminate plastic from their life.

We are also constantly working with musicians, for example from Berklee College of Music to create content using recyclable material.

I have spoken at various conferences from recycling associations, plastic conferences to cultural events, to explain the importance of recycling.

Moreover, Gemini Corporation is a board member of the Alliance to End Plastic Waste, giving MusicRecycle a greater access to enable change. MusicRecycle attends these Alliance meetings to share their ideas and encourage action.

Lastly, my studio space is in the works. It is currently under construction and should be ready by late 2020. I am super excited for this! While working on this project, we are taking precautions to build this in the most environment-friendly way possible. We are exploring solar panels, recycling both rain and drain water, as well as natural insulation.

I am known or keeping an environmental conscious perspective with everything I do.

Let’s touch on your thoughts about our city – what do you like the most and least?
I have been lucky to travel the world quite extensively, and the one thing that sets LA apart is how it allows you to be whoever you want to be. No matter how you dress or talk, there’s a place for you. Even though LA has a reputation to be all about glamour, but I truly feel it is open to all sorts of people.

What I like least about the city is how big it is. It can feel a bit overwhelming when you first arrive and it’s not easy to find your ‘tribe’. But overtime, you figure out your way. 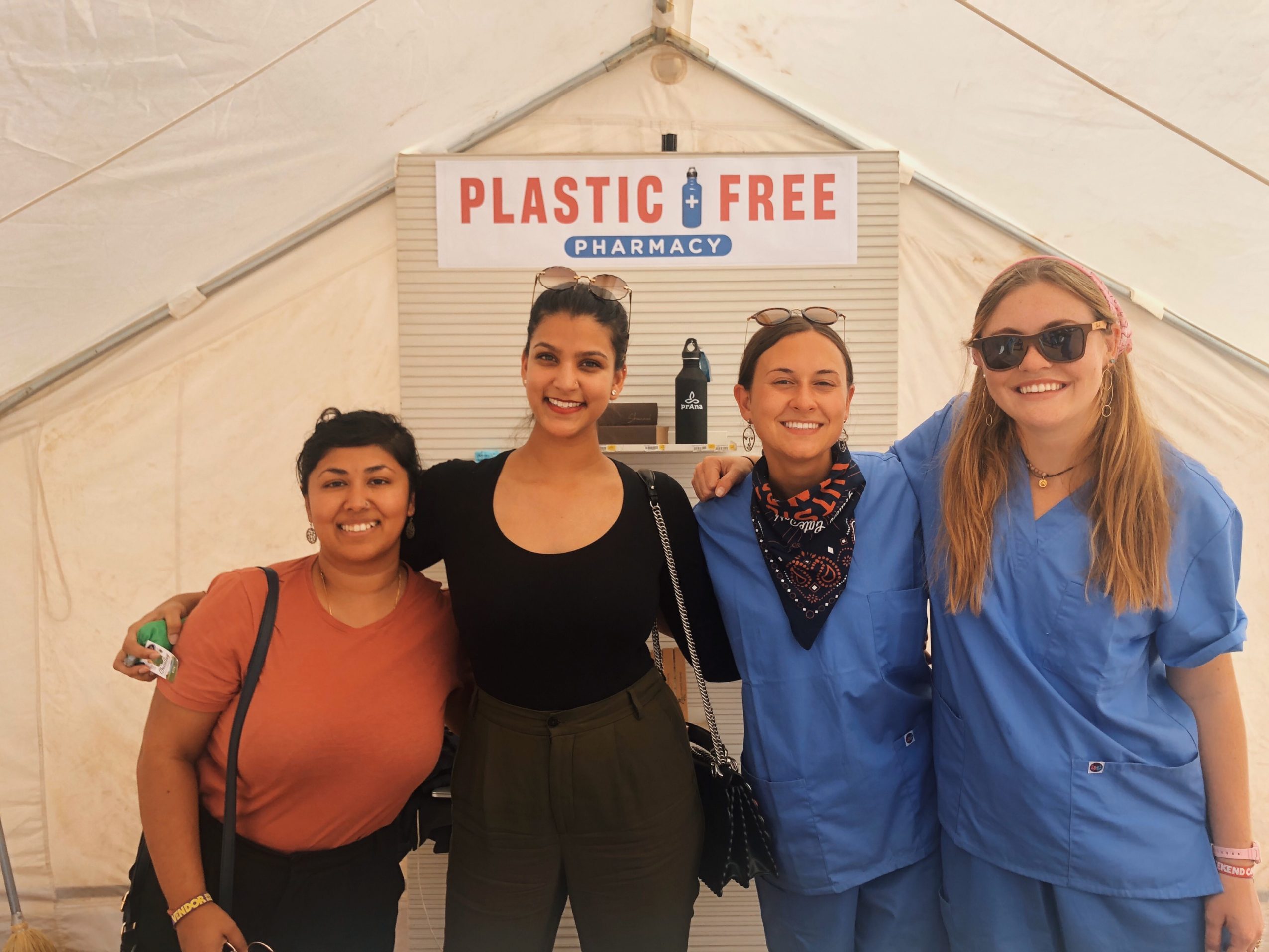 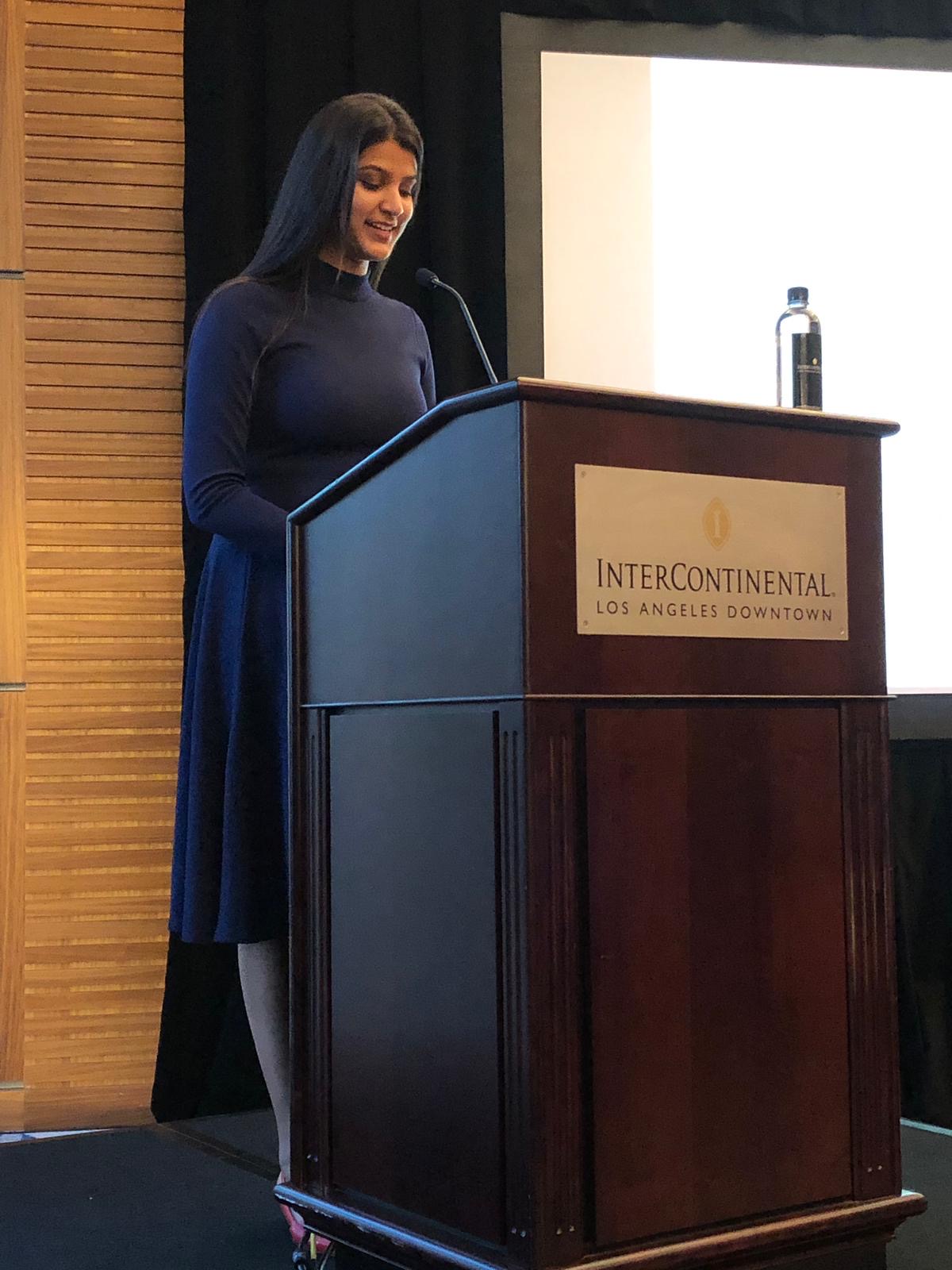 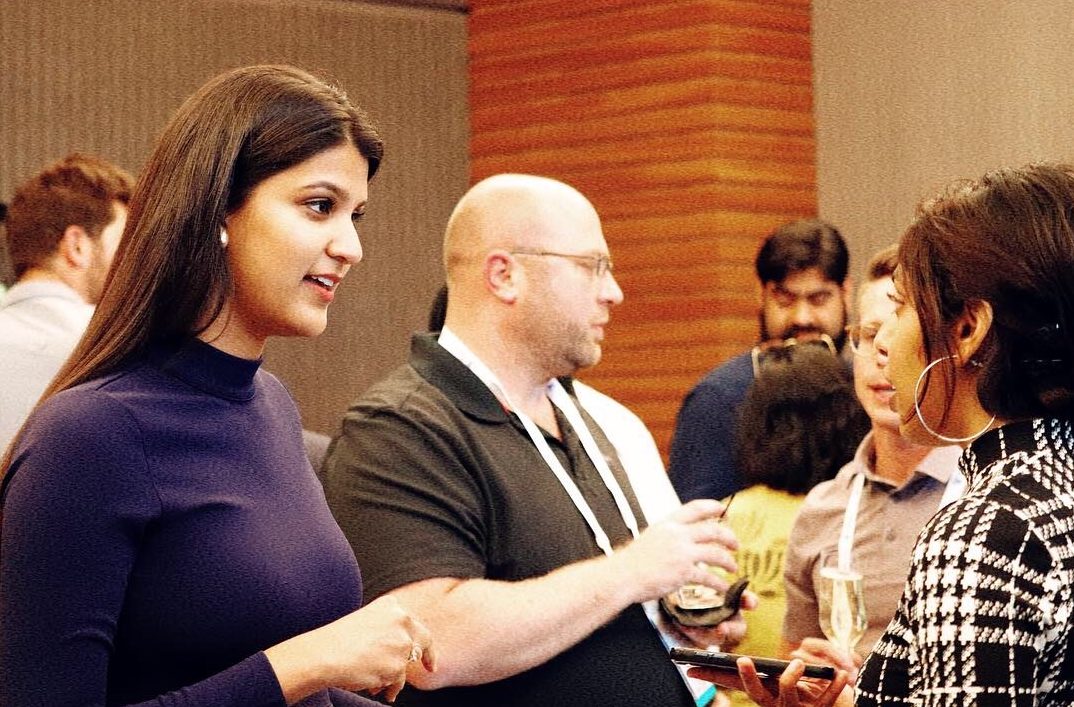 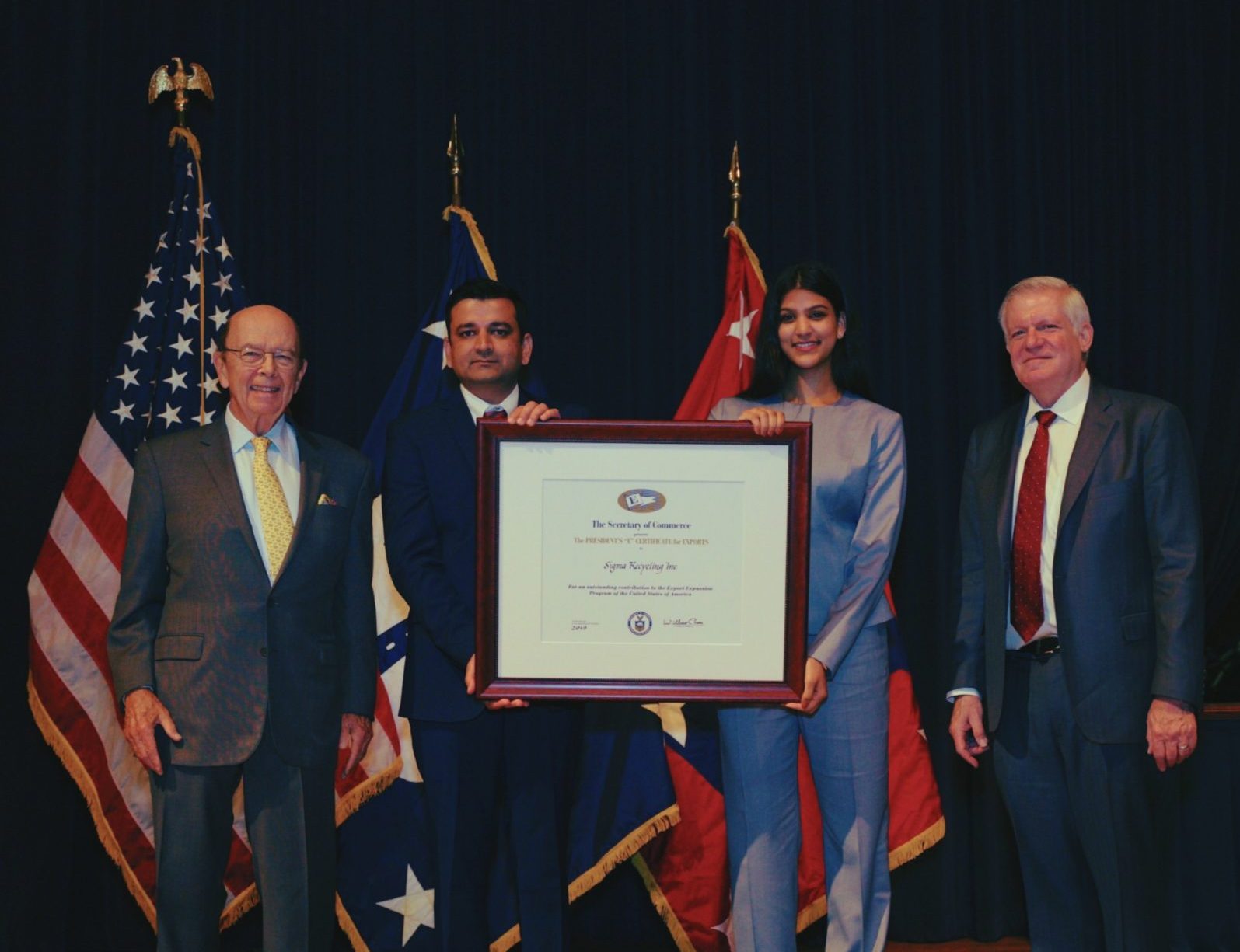 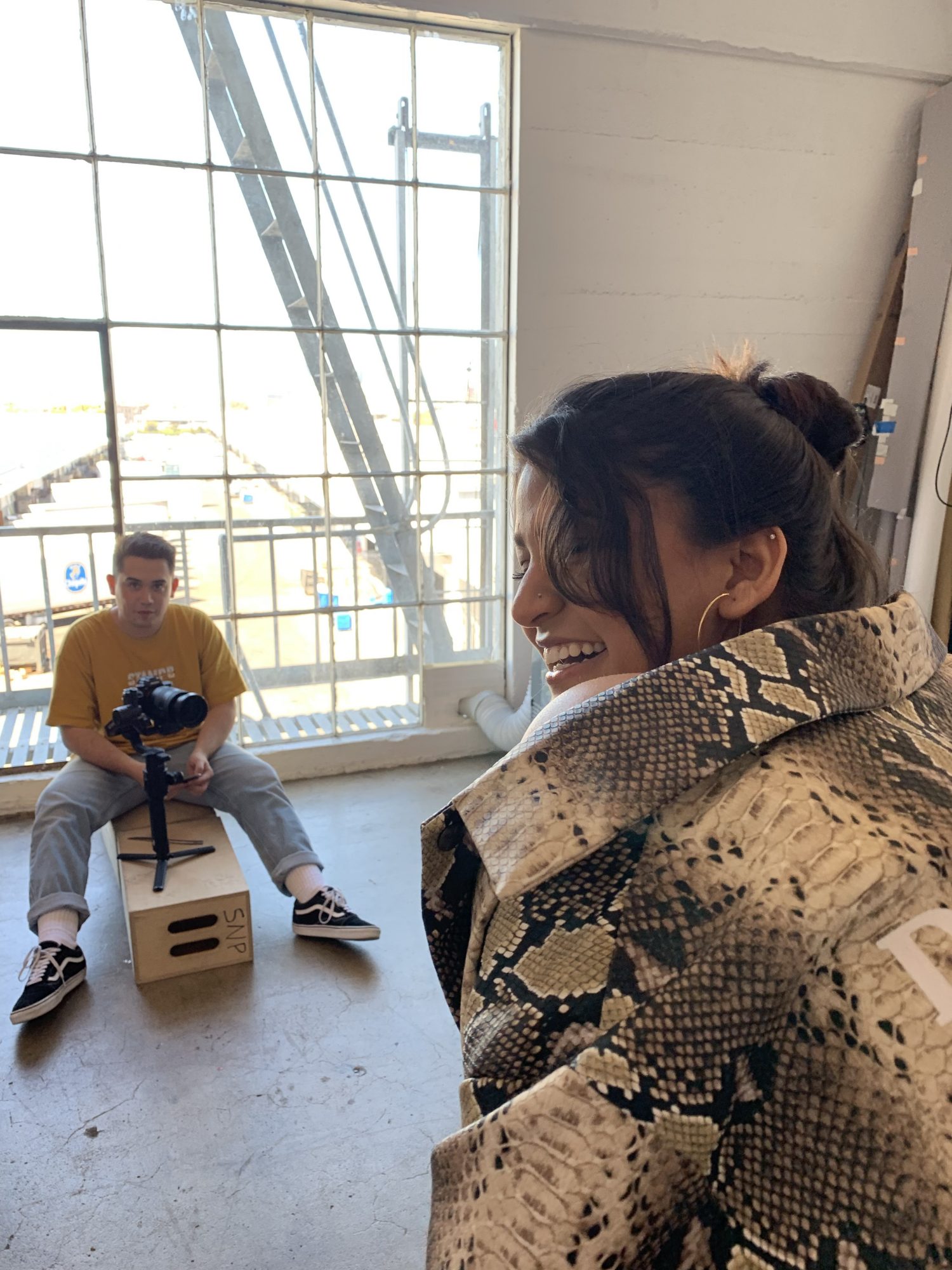 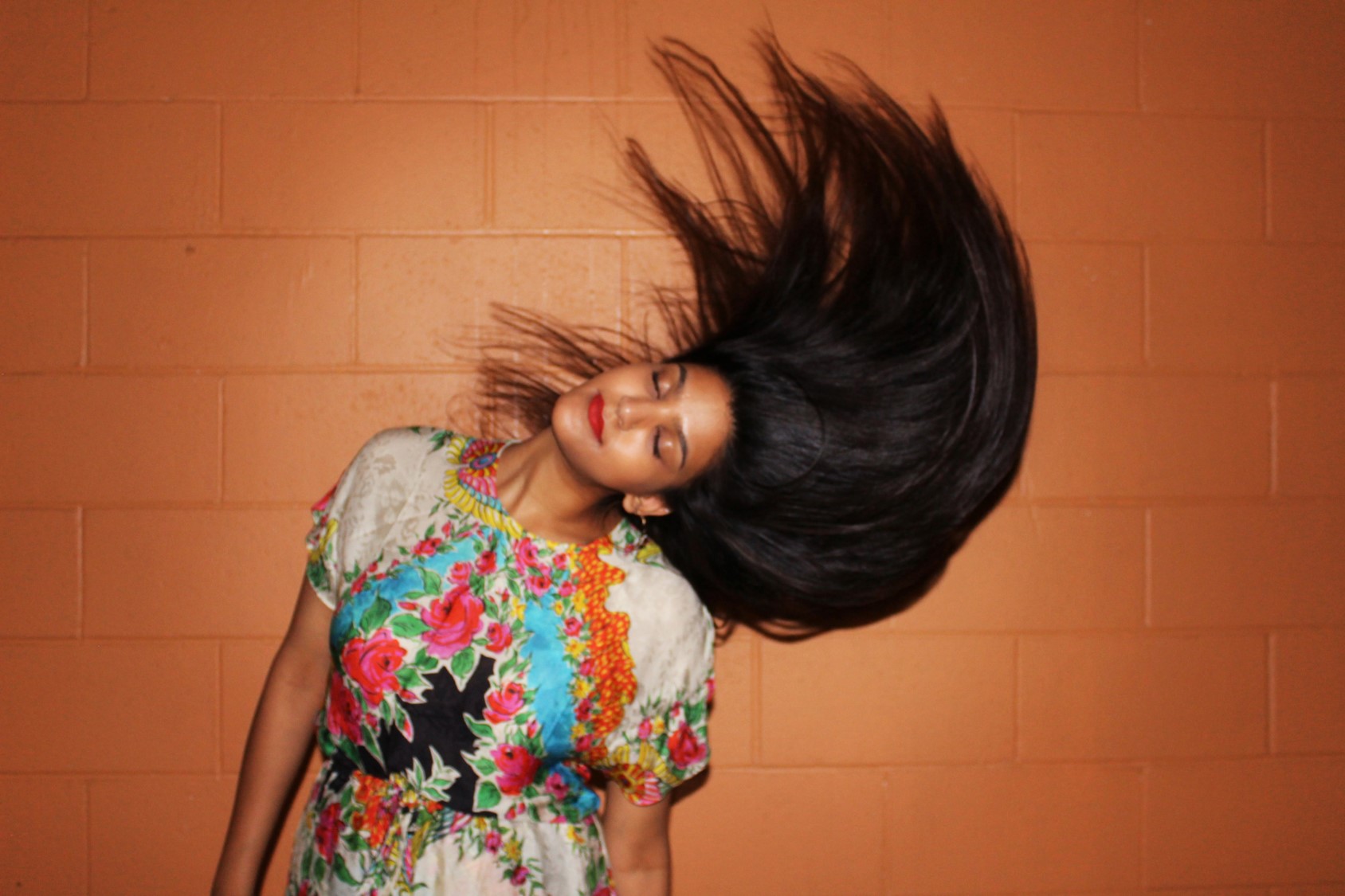