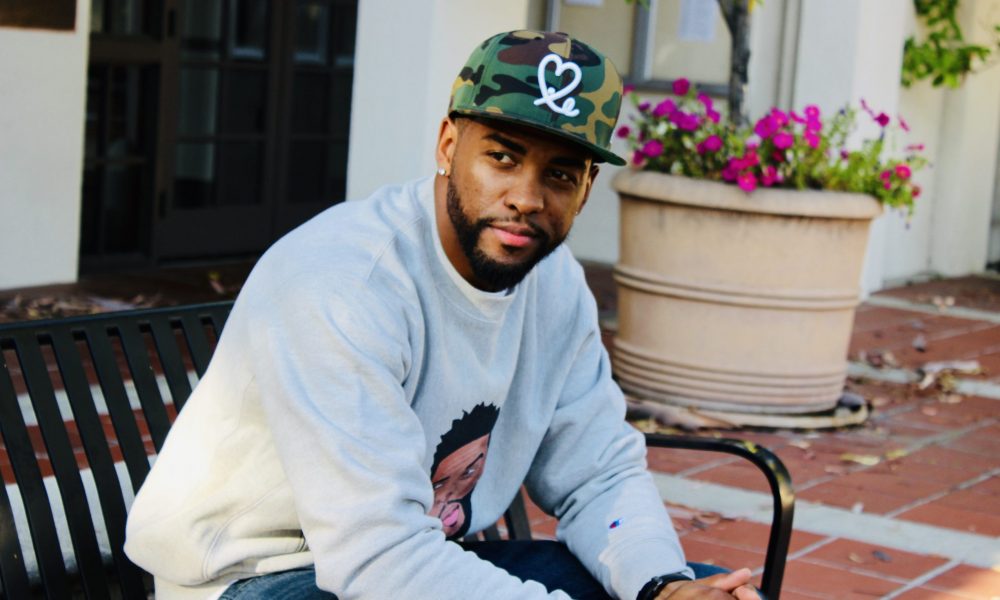 Today we’d like to introduce you to Kameron Hollis.

So, before we jump into specific questions, why don’t you give us some details about you and your story.
My story begins like most musicians I know, it started in the church. I was born in July of 1990 to Andre and Rachel Hollis. I am the son of a Pastor and grandson of the late Reverend Douglas Hollis, so church is the foundation of my life. Music has been in me since I was in my mother’s womb. As she tells it, while she was pregnant with me, I would kick her to the beat of the songs in choir rehearsal. It was no surprise that my instrument of choice would be drums since rhythm ran through my veins. I was given my first drum kit around age six by the drummer of my grandfather’s church. My room was luckily big enough for it to fit, so I spent many hours banging drums in my room developing my raw talent. I get my musical side from my father, who exposed me to pioneers of music at a very early age. My father never played an instrument, but the music he surrounded me with influenced every part of me. The three main genres of music my father engulfed me with were the perfect trifecta; gospel, Motown, and the golden years of r&b (’85-’98).

A few years later, I was old enough and good enough to play for my grandfather’s church since the drummer left the ministry. Faith Missionary Baptist Church in Pomona, CA would become the training ground for me to learn how to play with others and on a stage. By that time, my grandfather had started to move my father into position to take over the church. By the age of 15, my drumming career really started outside of the walls of the church. I was a freshman in high school when a senior and fellow member of the band program Jeffery Davis, took me under his wing and truly became the big brother I never had. Along with my best friend and another incredible drummer Shuntik Wilcot, Jeff mentored me and exposed me to a few different legendary drummers and genres of music. Jeff was the drummer for a local gospel jazz band called Sax 4 God, led by the amazing saxophonist Vaughn “Uncle V” Fahie. I would tag along with Jeff to his band rehearsals, studio sessions, and gigs. I was part little brother, part drum tech, and part student to him.

I was determined to soak up all the knowledge that both Jeff and Uncle V were teaching me about being a professional drummer. Although church was my foundation of drumming, this was a whole new world to me. Because I became Jeff’s little shadow, I learned all the band’s songs to the letter. This ended up paying off because a gig came up for the band on a date that Jeff couldn’t make, and low and behold, Uncle V asked me if I could fill in for him. I was shocked, terrified, and excited all the same time but I knew that I was ready. Through the time of my teenage years into early adulthood, I went on to play for Sax 4 God, three other ministries, two community choirs, my first band (You Are Here), and a list of different artists and groups. I’ve played on huge stages in arenas, overseas, and on television. With prayer, favor, and determination, I graduated with a Bachelor’s degree in Audio Production from the Art Institute of California.

Everyone I played for was a learning experience for the next. Being blessed to enter the world of professional touring opened up my eyes and mind to becoming a musical director. I always paid attention to so many artists that had amazing bands playing behind them and who was in charge. Who put those arrangements together and who was responsible for the band sounding like an explosive yet controlled unit of sound? So I began positioning myself as bandleader in most of the gigs I was getting called for because in my head were so many ideas of live arrangements that I knew would make every performance sound like those “stadium” artists I would watch. One of my heroes of music directing is Ricky Minor (Whitney Houston, The Oscars, American Idol), who I fortunately had the honor of meeting during the years he led the house band on The Tonight Show with Jay Leno by way of my amazing aunt Mylette Nora. I also got a chance to meet other legendary musical directors by the name of Greg Phillinganes (Michael Jackson, Stevie Wonder) and Nisan Stewart (Jamie Foxx, Jay Z) shortly after.

Who I draw inspiration from now is a living legend by the name of Adam Blackstone (Rihanna, Justin Timberlake, BET Awards). Adam is the ultimate example of the hardest working man in show business. He is not only an incredible musical director but also a great facilitator of putting the right musicians together to create amazing bands for various artists. Though I have not had the pleasure of meeting him, I have followed his career and have mentally taken note of his approach and execution to being an effective bandleader. All of my past musical experiences and the inspiration of those mentioned gave me the confidence to start my own band. Even though I am not where I want to be yet in my career, I am extremely blessed to have had the journey I’ve been on thus far. God’s favor has been upon my life since the beginning and I owe every bit of my success to Him.

Has it been a smooth road?
The music business from all angles is so overly saturated and can be very discouraging. I sometimes still wonder if I am good enough to really get to the place I want to be. The industry sometimes values your worth according to what your social media following is. It is an unfortunate obstacle to work around.

Maintaining your individualism and creativity while still having to be relevant is quite the task. I never want to be like anyone else or play like them. What I bring to the table is effective and profitable, however I have learned that I am not everyone’s “cup of tea”. And I am totally ok with that, well I have learned to be ok with that.

Like stated earlier, I am not where I want to be yet and that is what keeps me going. Coming out of high school, my plan to attend LA Recording School failed so I was lost. I knew that for the career I wanted, I didn’t have to necessarily get an education in it. But that was a preference for my parents, so it became a personal goal of mine. I struggled for a few years early on trying to figure out my path. I tried community college for a few semesters and that seemed like a dead-end to me. Then I got a meaningless job at the same time getting into a relationship with a girl much older than me. I was in over my head with no direction on how to get out and back on track. I was still playing shows and recording music but it seemed like my future had no promise. Then, I stumbled across the Art Institute of California and went full force towards a degree because I finally saw light at the end of the tunnel. Not trying to sound corny.

We’d love to hear more about your work and what you are currently focused on. What else should we know?
Outside of my music career, I work as a stage technician for Disney in my professional work career. Doing live sound and production for various shows and events at Disneyland park has given me the opportunity to work with so many bands and groups. As fun and educational as my job has been, I realized early on that there is a lack of urban representation of entertainment in the park. There are some bands of color that perform from time to time, but overall, “our” sound is missing from all the vast entertainment.

Back in late 2018, I had an idea to form a band for Disneyland park, or at least get it started there. This band was going to be composed of mostly black musicians and singers, and play urban music the right way. I am not discrediting the bands that play urban music in the park, but they just didn’t have the right feel if you know what I mean. Aside from being just an hourly employee there, I felt like I could bring change to the minds of my managers and executives on their opinions of having more bands play that looked like me. Only way I knew how to do that was by putting my dream into action. By March of 2019, Urban Music Society was formed and I was the founder and visionary of a band for the first time in my life. I knew that this would be a huge task to do because my vision was to create the band that I’ve always wanted to be apart of. A band composed of a dangerous rhythm section, a blazing horn section, and soulful singers who commanded your attention on stage.

I am so blessed to be able to work with such an incredible group of people that believe in my vision and want to make it a success. A band of 11 people is not simple to book or move around, but I accepted the challenge because we bring a level of entertainment that is not really around anymore. Big bands like Earth, Wind, and Fire or Tower of Power used to light up the stage in their performances, and that is my goal as well. Being on stage is my happy place, my place of zen, and where I am most comfortable.

Urban Music Society is a licensed business entity as well. It is more than just a band so the sky is the limit.

How do you think the industry will change over the next decade?
With the music industry being so vast and now so accessible, it is a little difficult to predict any direction it will go. I will say that due to this pandemic, artists and musicians have come up with interesting ways to keep music pumping out. We have witnessed that although it is preferable to attend a live concert in person, it can be done with fans staying in bed and watching a live stream production. The idea of “virtual tours” being thought of out of necessity, is now becoming a reality.

Not to sound like an old bitter music executive, but I feel that music has shifted from being a creative art form into what is going to get you enough likes and followers. No real talent needed because social media is the biggest critic. 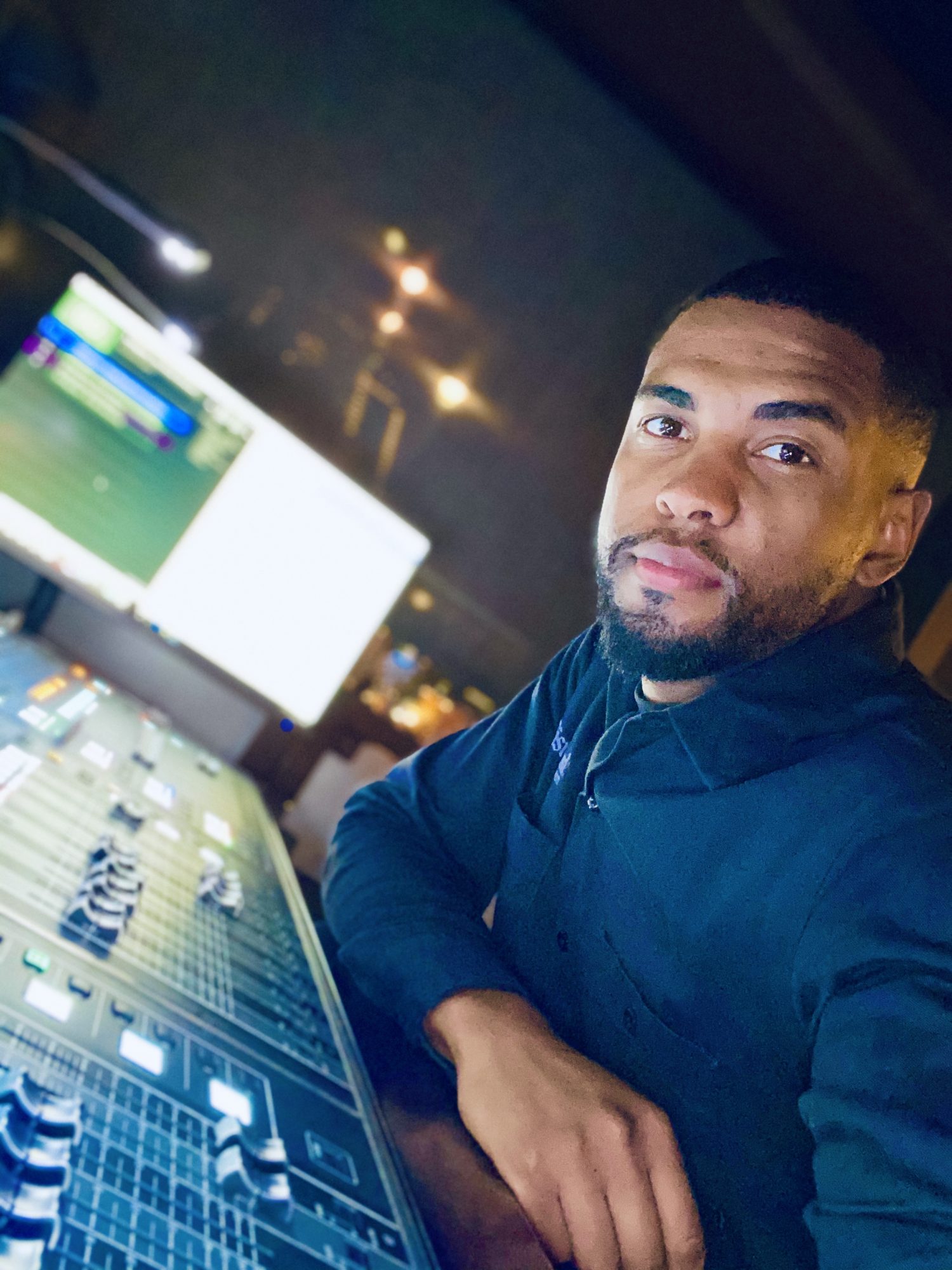 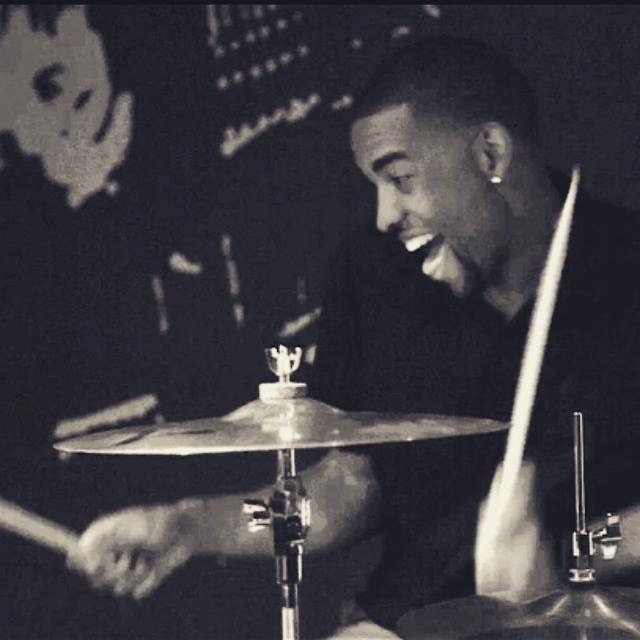 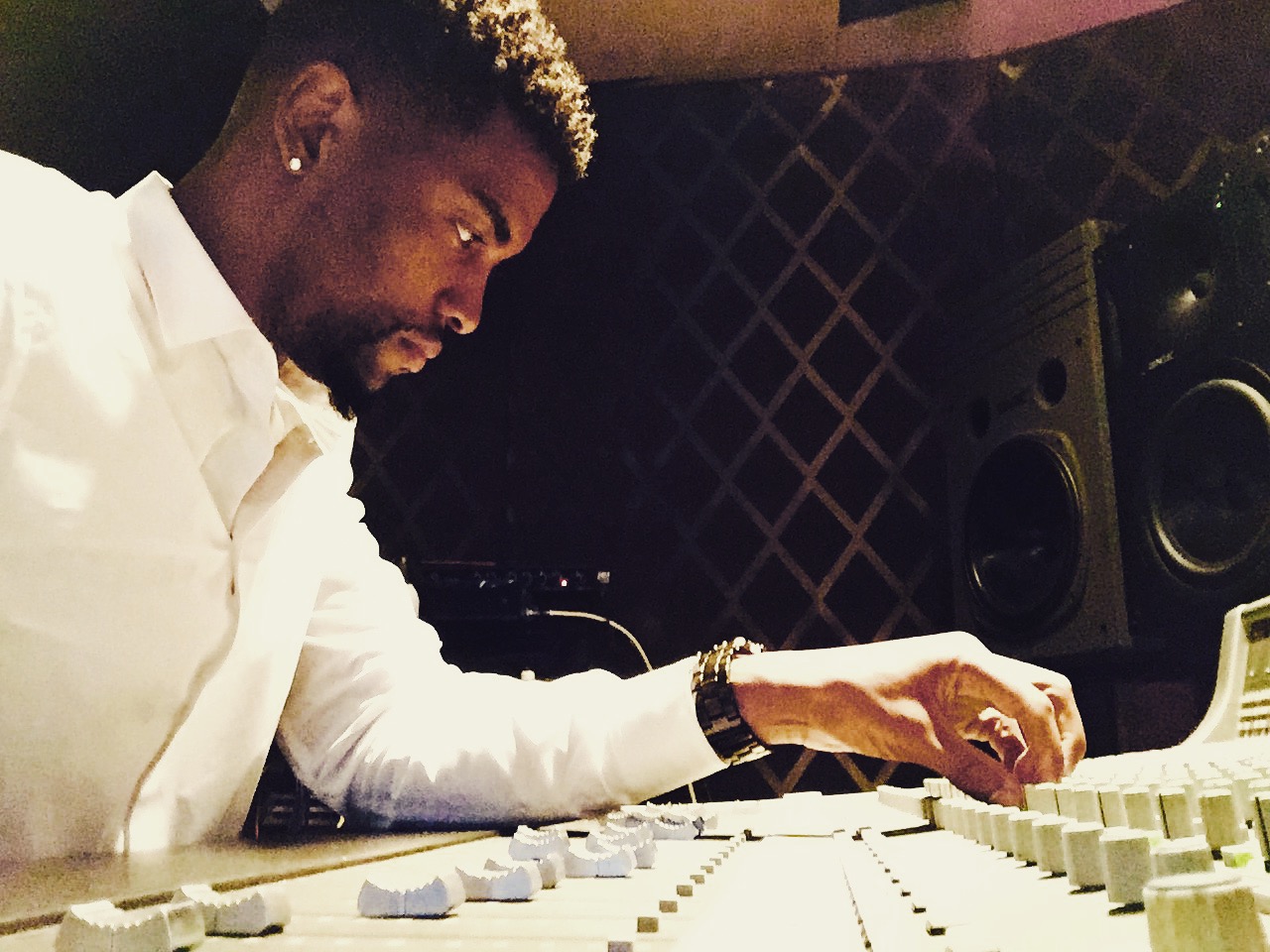 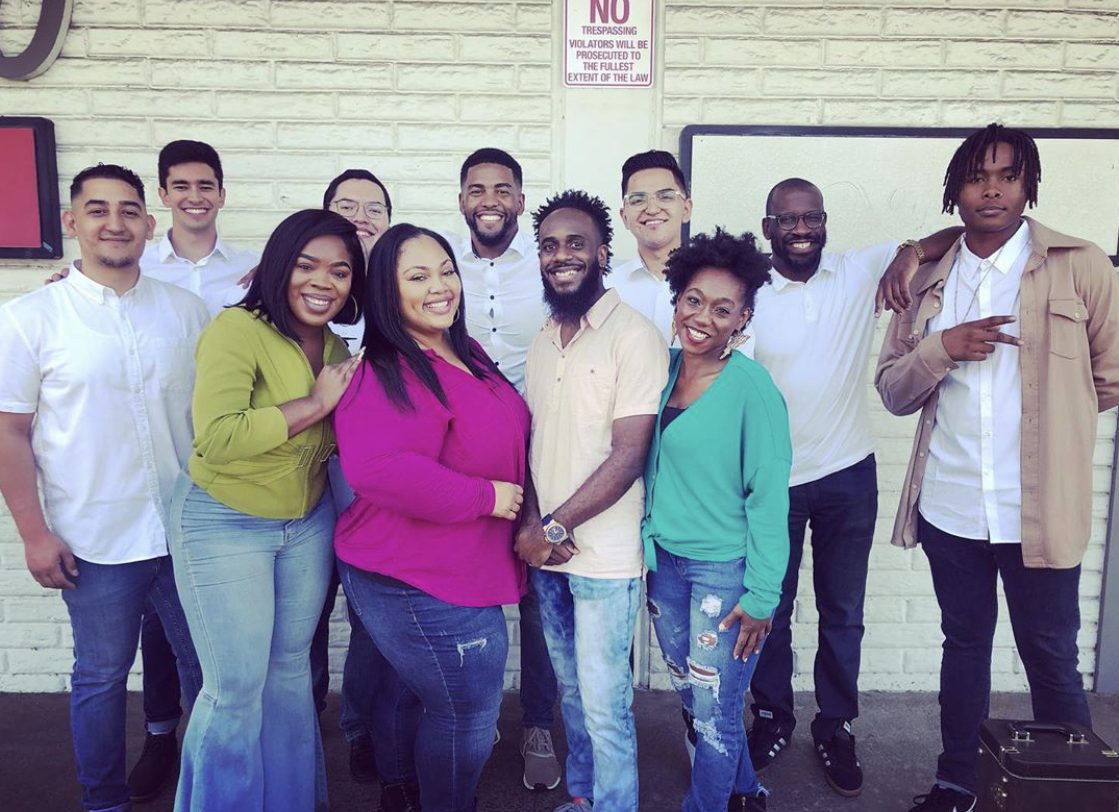 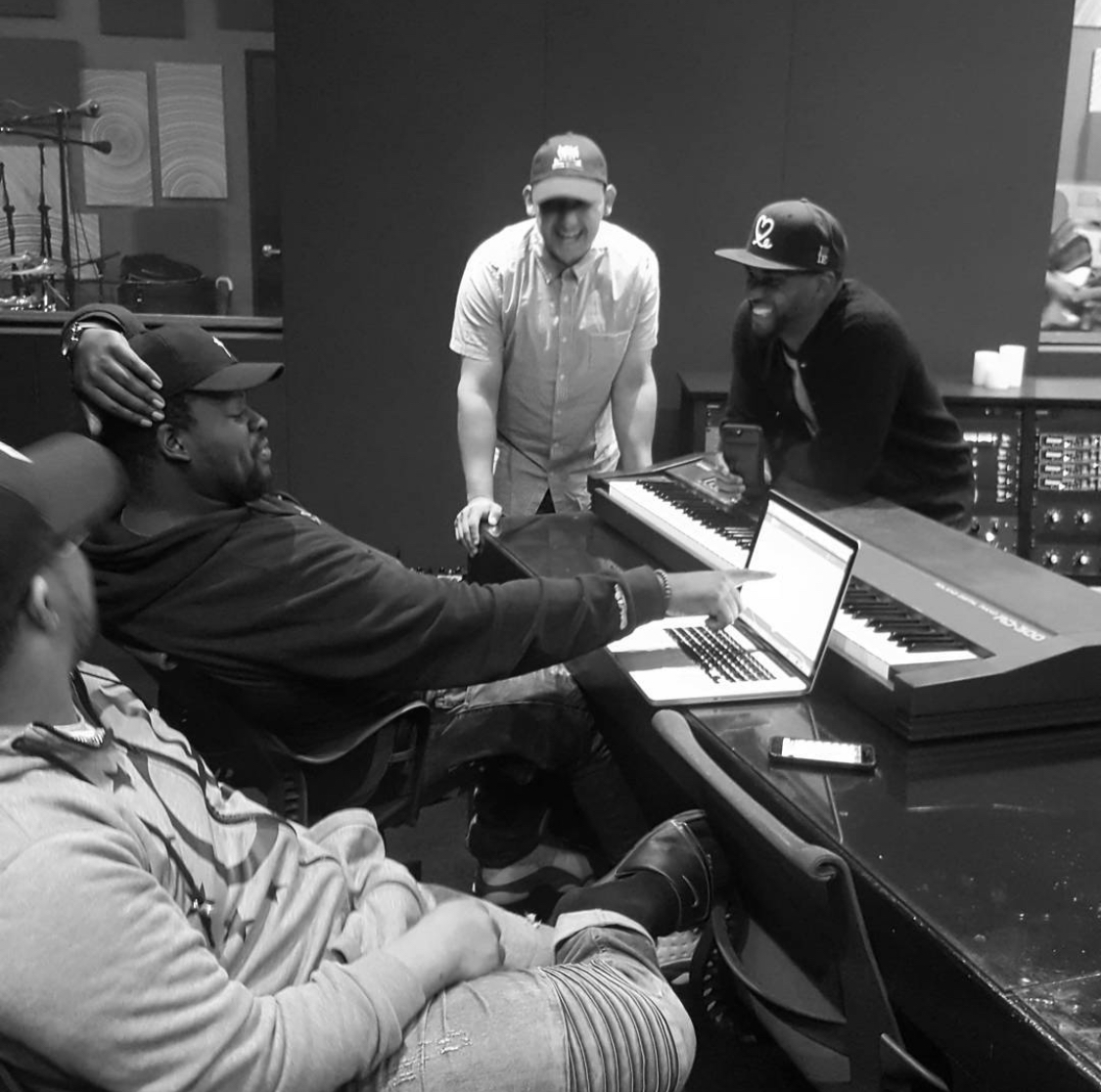 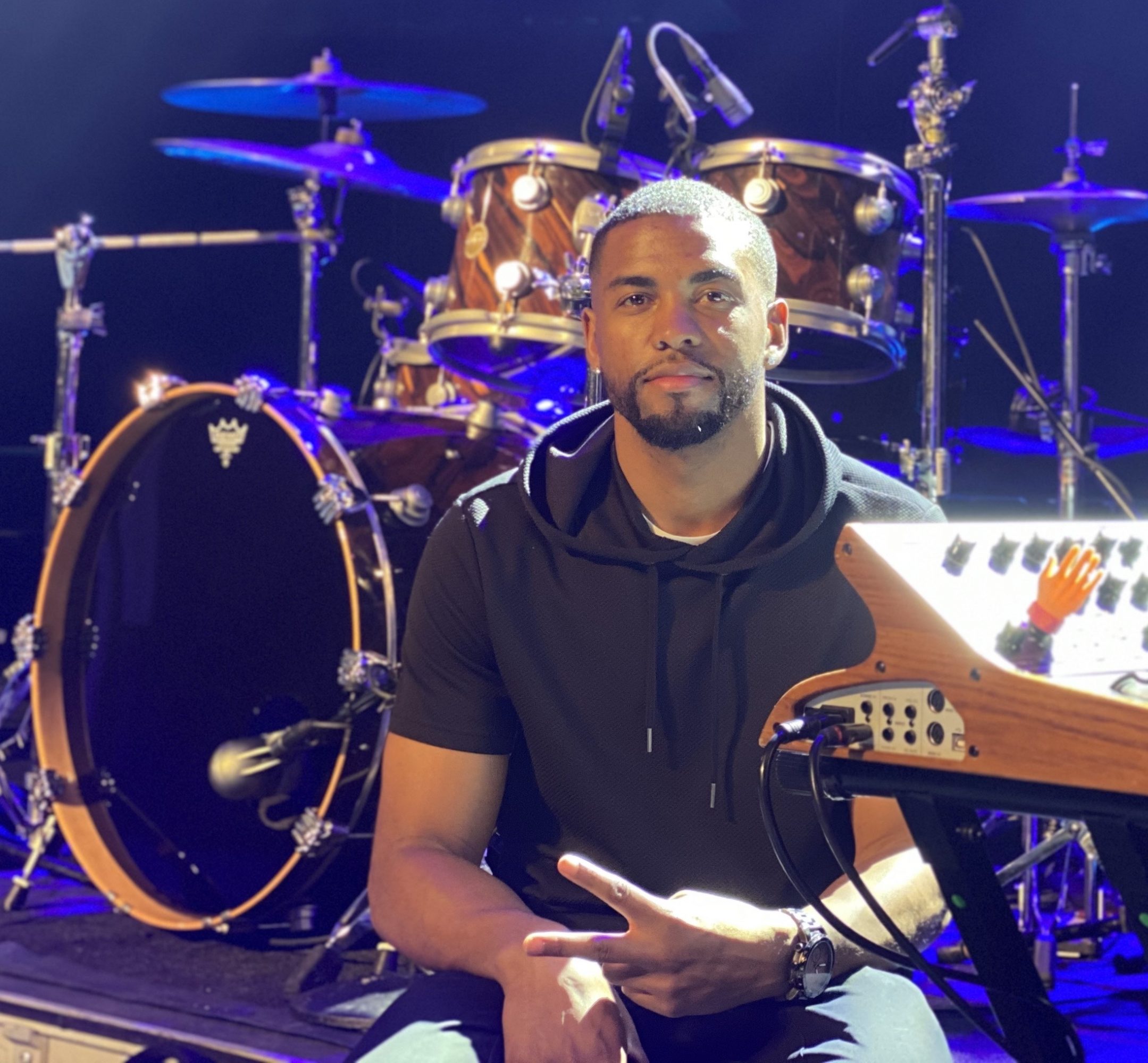 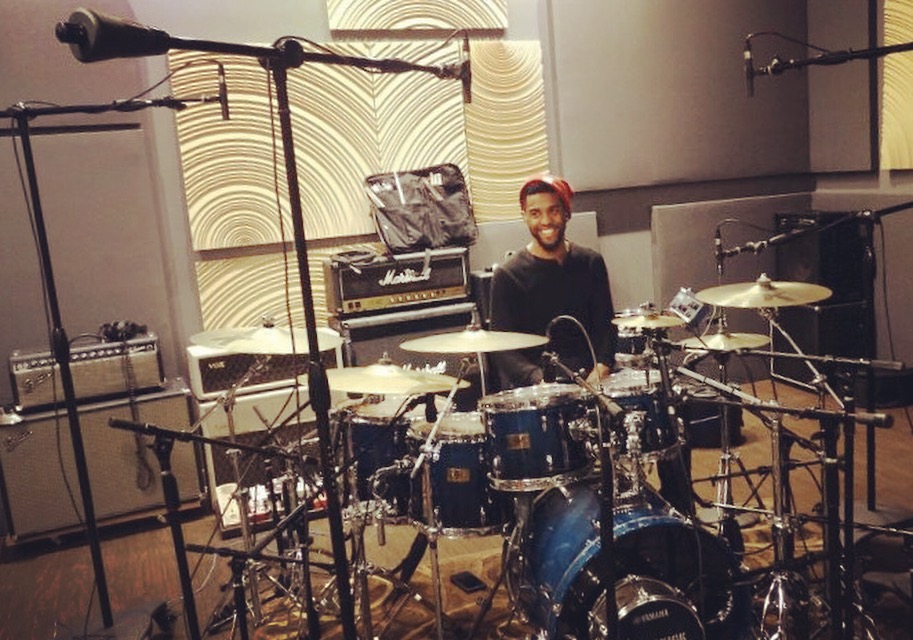 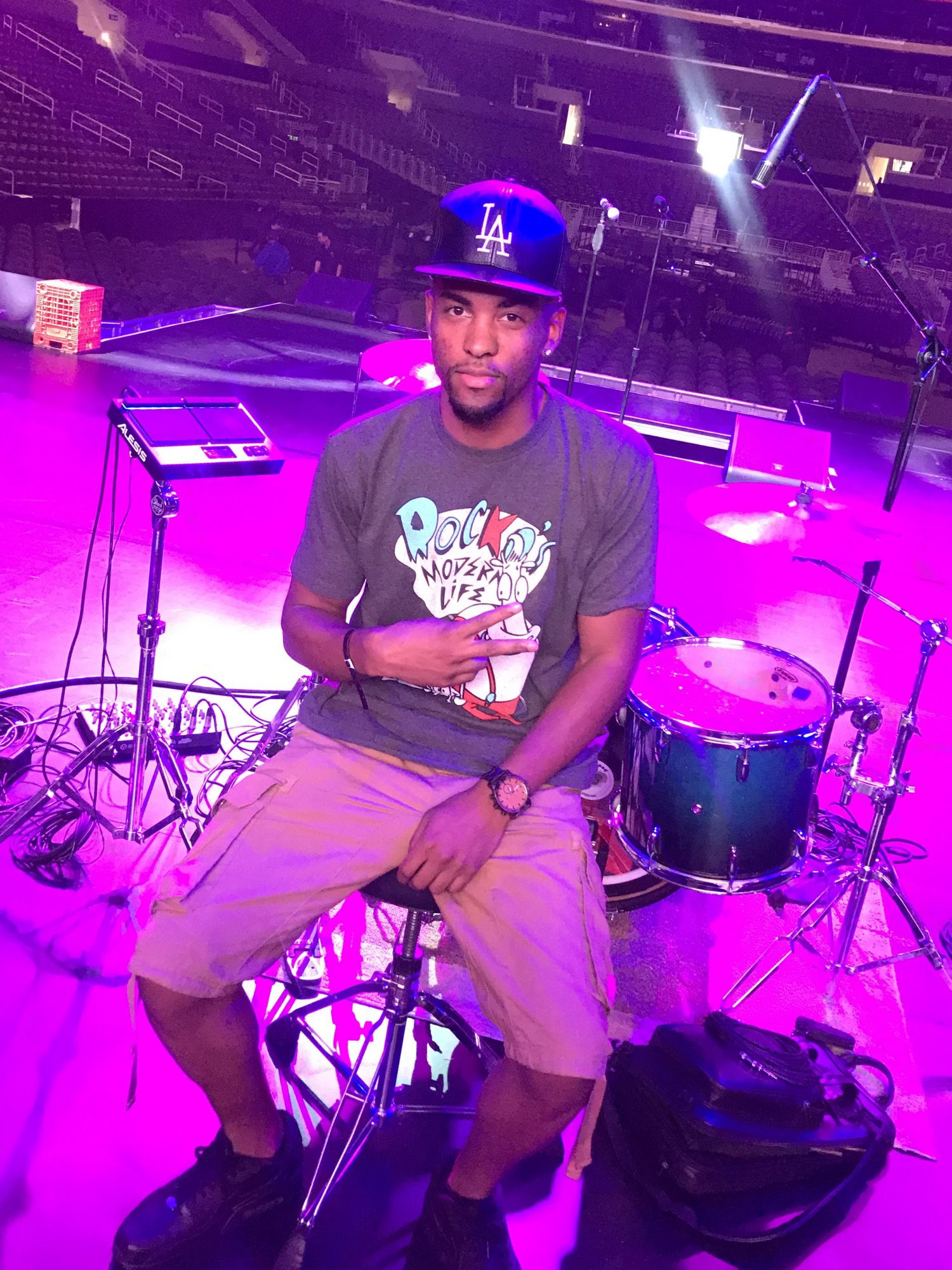