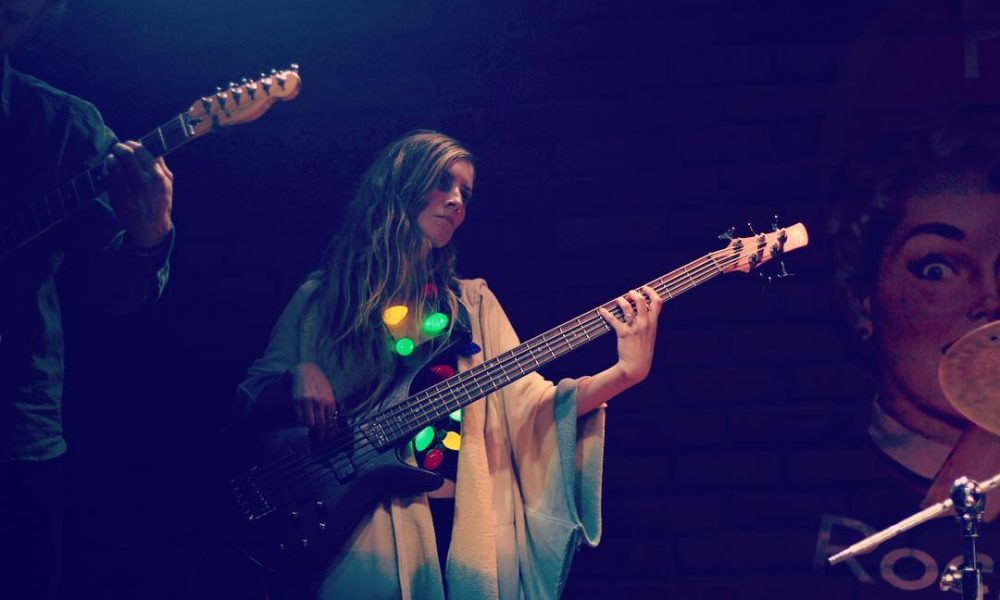 Today we’d like to introduce you to Kamara Robideau.

Every artist has a unique story. Can you briefly walk us through yours?
I grew up outside of Ithaca, NY, surrounded by beautiful waterfalls, streams, and gorges. My childhood was unusual because my father built our house himself from the ground up, and my family and I lived in it every step of the way. For the first couple of years, we had not even the luxury of electricity. Instead, we relied on kerosene lamps for light and a wood stove for heat. As inconvenient as that may seem to some, I knew nothing different and happily filled my time exploring nature, drawing and listening to music on our battery operated radio. At age eight, my mom found a free piano in town and had it delivered to our home. I started piano lessons and was instantly hooked on learning soundtracks to my favorite movies.

At age nine, around the time we got electricity, I received what would become my prized possession, an old record player and a case full of Motown 45s. My taste in music consisted solely of oldies until the day I was gifted the George Of The Jungle VHS tape which featured the song “Dela” by South African artist, Johnny Clegg. I fell in love with the unfamiliar sounds and began seeking more of his music. From there I dug deeper for more music from South Africa, and then eventually music from just about anywhere in Africa. Little did I know this silly movie starring Brendan Fraser would lead me to discover some of my favorite music and ultimately have such an impact on me as a musician.

When I was 13, I was overcome with a desire to play the electric guitar. I remember waiting for Christmas to come around and hoping that my parents took my wish for a red electric guitar seriously. Unfortunately, they believed it to be a phase and I did not receive one. Not being one to beg or plead, I was silently heartbroken. Feeling like an outsider at school and having the unexplainable notion that I should be doing something greater, I decided I would leave school as soon as possible. I graduated high school at age 16 and bought a guitar. Practicing nonstop for an entire summer, I managed to get into a 2-year jazz guitar program at a local college. I left that program with a degree in Guitar Performance only to be met with a strong feeling that I was actually meant to play the electric bass.

Right out of college, I joined a band, Aminal, as a bassist and moved to Rochester, NY. With this band, I was able to open for acts such as Vampire Weekend, MS MR, Ra Ra Riot and more. It also gave me the chance to record bass on an album for the first time. These new experiences helped me to solidify my path as a bass player. Since then I have played many shows throughout the country, recorded bass on albums for different bands, and written and recorded some of my own music as well. I now find myself residing, creating and performing in Los Angeles, CA!

Please tell us about your art.
I am currently playing bass and writing for three different projects. One project is an electro-pop band called Gold Koa which consists of producer/drummer Matt Battle, and East Coast vocalist Cammy Enaharo. This band is great because I have a lot of creative input and my fretless bass gets to be a protagonist! We are only a couple of months away from releasing our first full EP as well as a music video for our first released single “Little Lost.” I also play bass for the experimental indie rock band called Oh Manitou which is fronted by drummer/lead vocalist Matt Battle. Lastly, I have started to put some focus on recording my own ideas into Ableton. My solo music is where I see all of my influences coming together in one place, so that has been a lot of fun for me.

What I want people to know about my art as a bassist is that I take an unusual amount of pride in writing a bass line. I hope to always write a line that feels like it is the only one that could have existed with that song. As for my own music, I treat it as a form of spiritual therapy I guess. Letting whatever it is just come out. Not worrying if it’s in line with what is cool, or if it ever even needs to be released. The conclusion to this is hopefully, my art could inspire someone to just do what feels good for their own personal self and not worry about what they feel like they should be creating.

What do you think is the biggest challenge facing artists today?
The path of an artist really can be challenging, and the financial challenges are the most stressful. I think the main idea to keep in mind that has been very helpful for me is to simply be smart with your money. It is easier to spend less money than it is to make more money to fit your current habits. I value time more than anything, so I have found ways to live very frugally. Working just enough to pay for everything I need to each month and still have time to create. It may not work for everyone, but it works great for me right now as I really push for this dream of mine.

How or where can people see your work? How can people support your work?
On my website, kamarabass.com, you can find everything I’ve been a part of whether it’s my own music, bands I’ve been in, or songs I’ve just recorded bass for. Gold Koa and Oh Manitou can both be found on Spotify, iTunes, Apple Music, YouTube, SoundCloud, and Bandcamp. To stay up to date with shows, new music, and video releases you can follow me on Instagram, @kumahda. 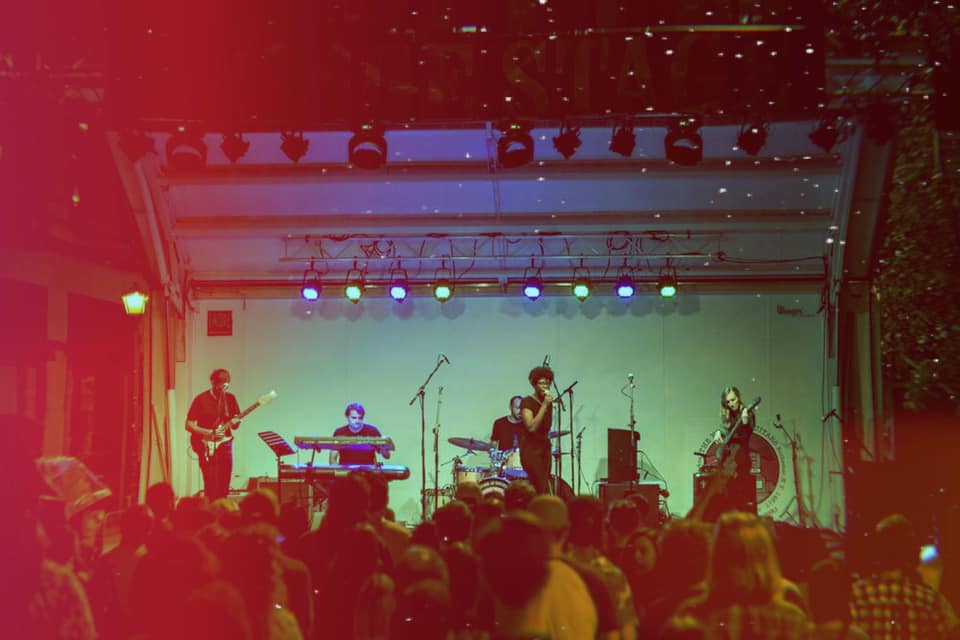 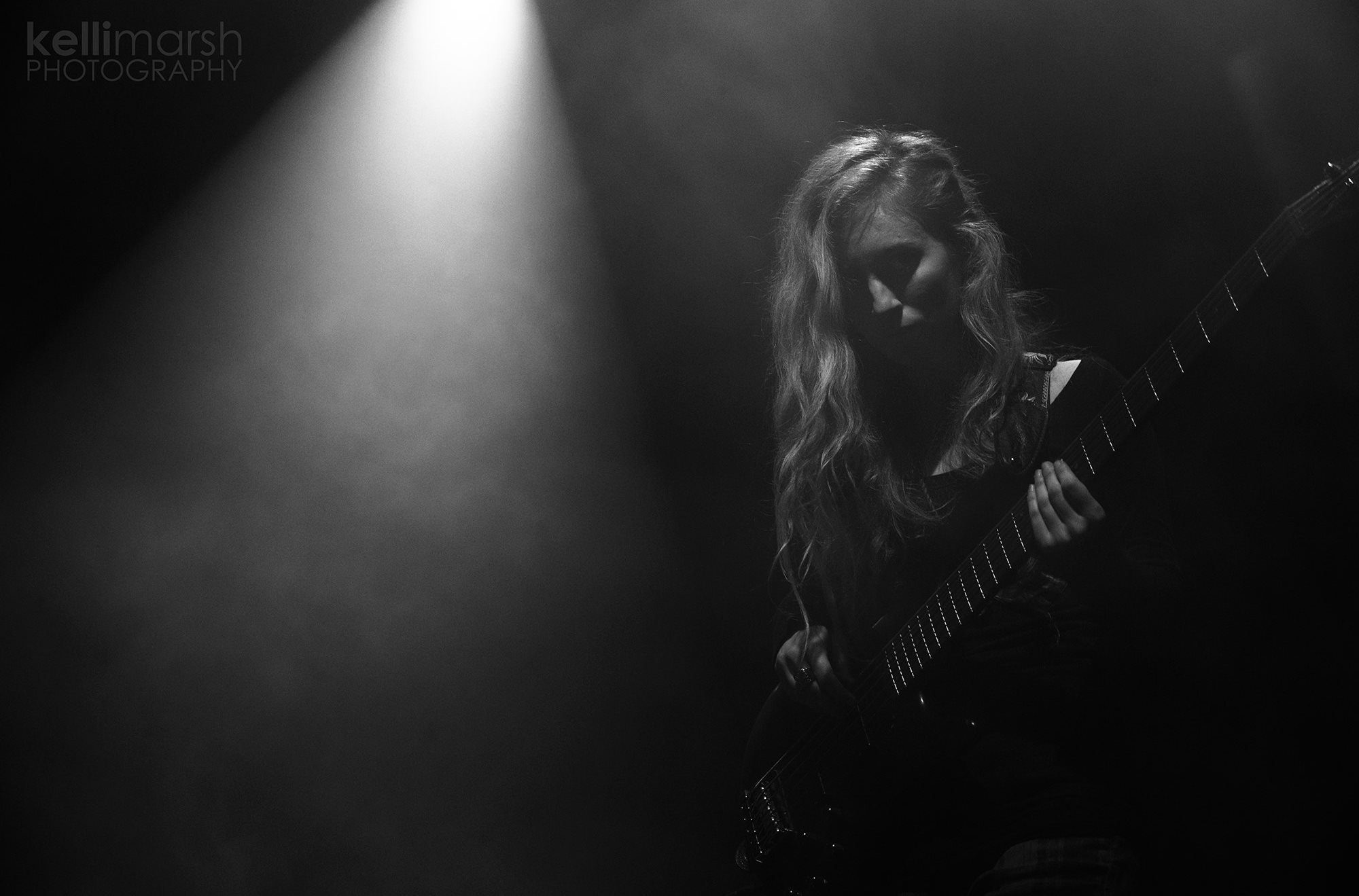 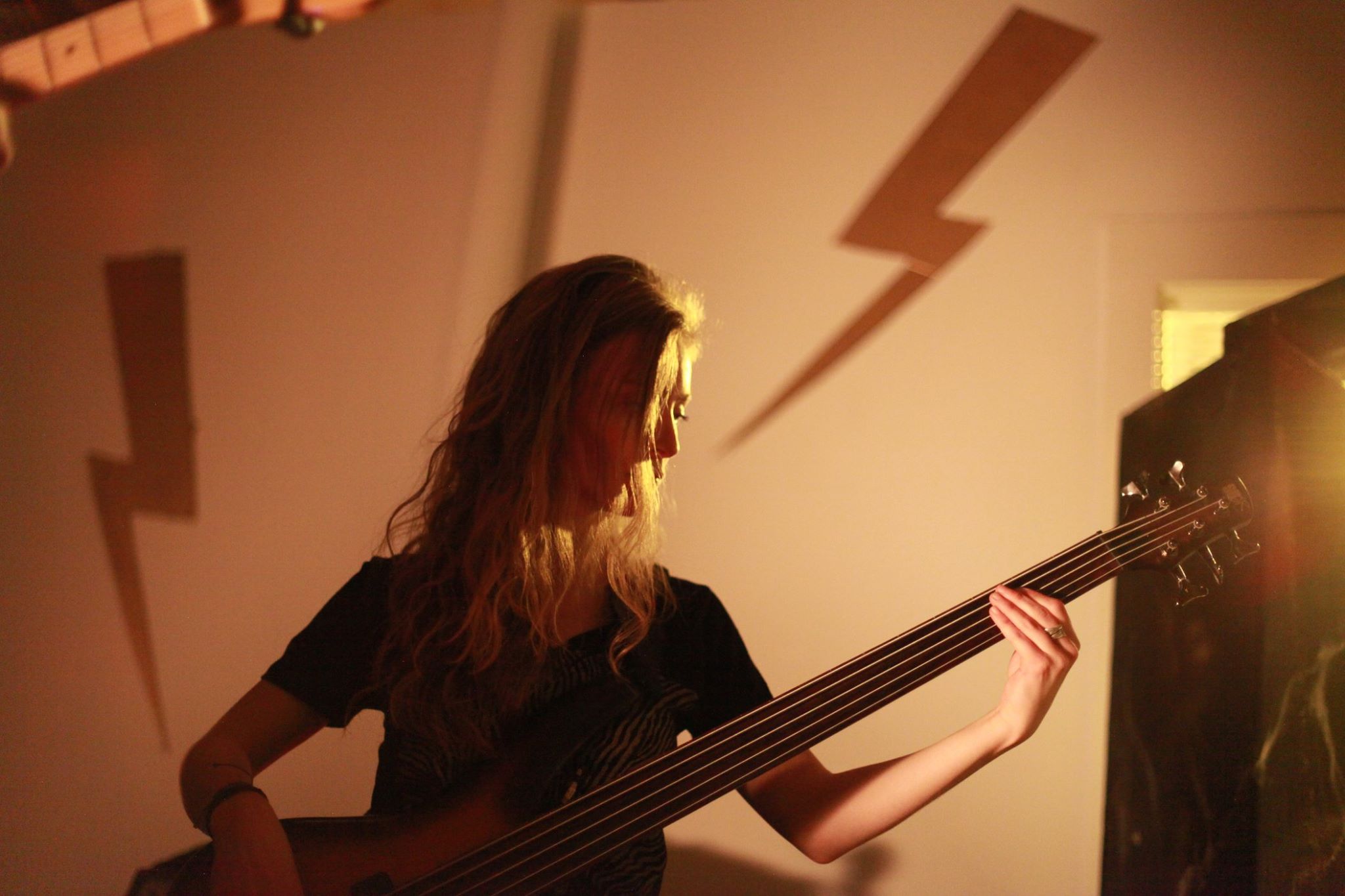 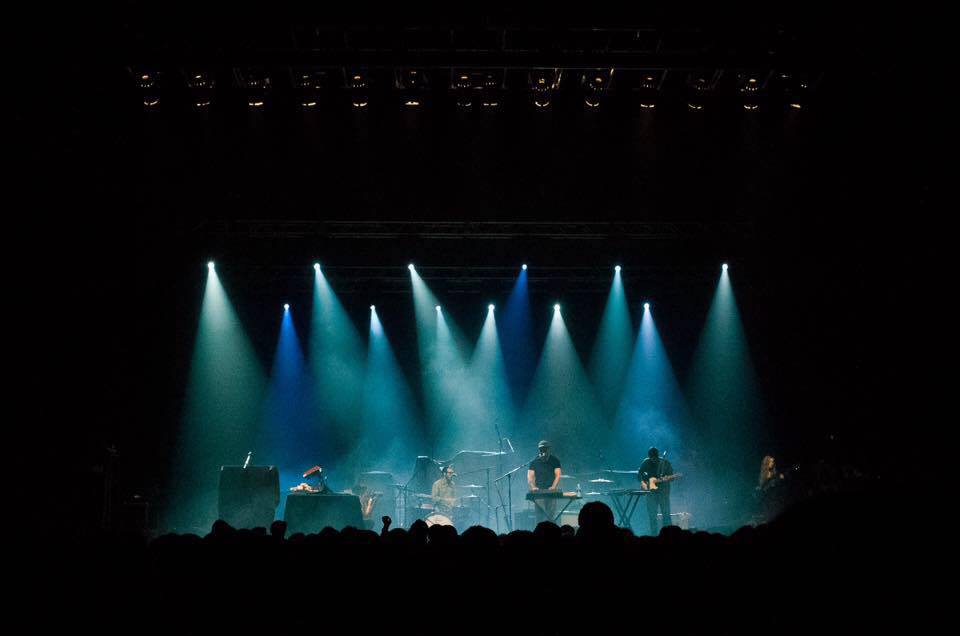 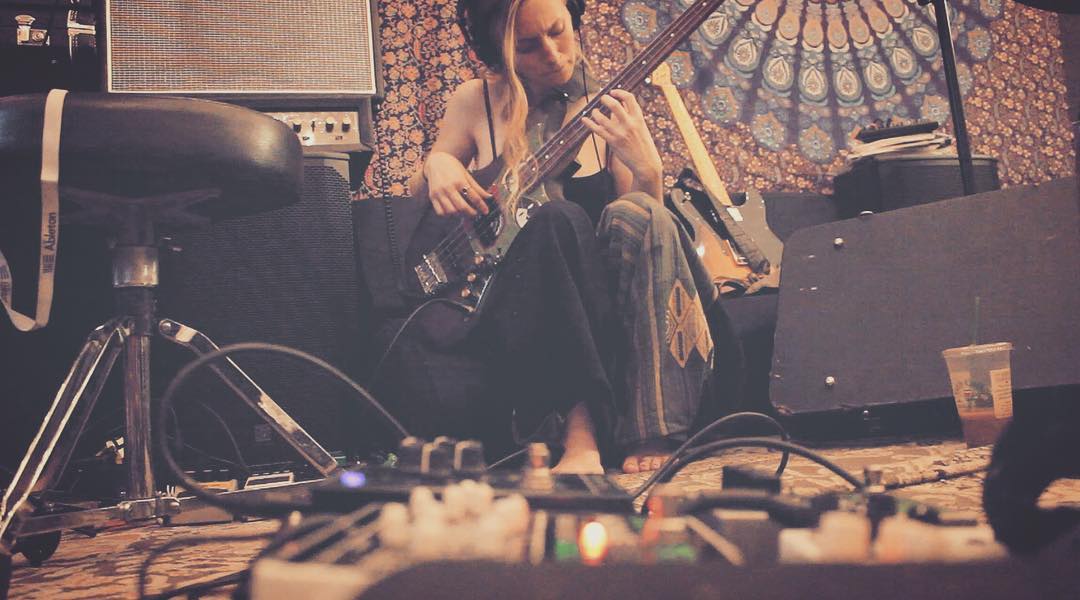 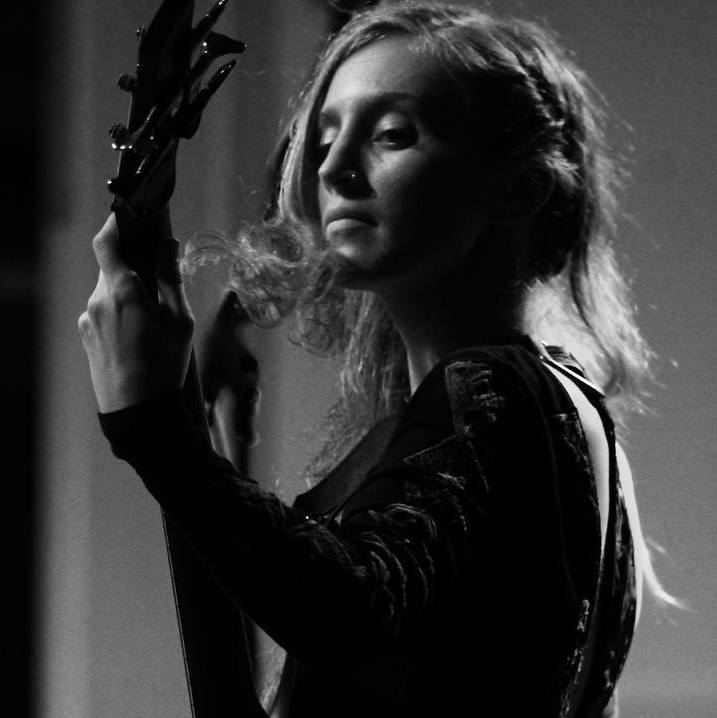