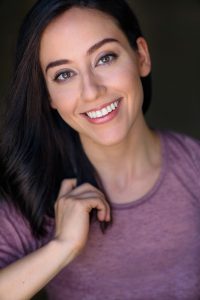 Today we’d like to introduce you to Kally Khourshid.

Hi Kally, so excited to have you on the platform. So before we get into questions about your work-life, maybe you can bring our readers up to speed on your story and how you got to where you are today?
My story starts in South Florida as a gawky 12-year-old walking into the kitchen, plopping down a stack of pages printed from the F.B.I. website in front of my mother, then launching into my master plan for how I was going to become a secret agent. I had my first school play and some church and children’s theatre experience under my belt, but I also was really getting into karate, codebreaking books, and murder mysteries. My mom patiently waited for me to finish, looked me in the eye, and said calmly, “No. I want you alive. Go into acting.” The air between us was electric, and in that moment we both knew I was going to become an actress. I earned my Theatre Performance degree from Indian River State College, began working in professional theatre, and entered the student and independent film world before pursuing additional studies at Florida Atlantic University. I enrolled around the time the medical school there was seeking actors for their standardized patient (“SP”) program. Intrigued at the idea of acting different medical conditions for an “audience” that required acting as realistic as possible, I signed up – and instantly fell in love with the dual artistic and intellectual challenge of acting while evaluating them on their interpersonal communication skills at the same time. It was theatre, improv, film, science, education, and “secret agent” work all rolled into a deliciously unique performing art, and I was hungry to do more. The closest to SP acting I could get was on-camera acting in local commercials, TV, and indie film for a few years before finally booking a one-way flight to Los Angeles to pursue a film acting career. I’m beyond grateful to say that over the last near-seven years, I’ve been getting to do more and more of what I love – diving into great stories with great people, both in front of the camera and in front of L.A. med school students!

Alright, so let’s dig a little deeper into the story – has it been an easy path overall and if not, what were the challenges you’ve had to overcome?
Whew—I’ve yet to meet an actor who’s had an easy time here in L.A.! For several years I juggled multiple jobs simultaneously so rent could be paid and I could stay flexible for auditions. That juggling act came with its own additional challenge they don’t tell you in college: I was burning the candle at all ends to stay in one of the most expensive cities in the world, which meant I was often left with little to no energy to perform at my best in auditions. So when I eventually began booking more acting work and got to take on less shifts, I was ecstatic that years of sleepless nights were starting to uncover a light at the end of the tunnel! And then I got in two accidents in two years (both not-at-fault), with concussions that kept me sidelined for months each time. Both happened just days after two of my biggest bookings to date; it was incredibly disheartening to be progressing in my career and then suddenly forced to stop. But I thankfully healed from both, began building momentum again over 2019, shot a huge proof-of-concept for one of my all-time favorite types of stories at the end of February 2020—cue global pandemic! And yet…

It took me all of 2020 to get to this realization, but being “stopped” this third time might just prove to have been the best thing for my career, if not for me. Let me be crystal clear, even as one who errs on the side of optimism most days: 2020 sucked. It was not fun for me, for my loved ones, for my crazy talented film colleagues on both sides of the camera, for anyone. But for the first time since moving to L.A., I have the time to step back, look at the map, and see with 20/20 vision (pun most definitely intended) where I am, where I want to go, and how exactly I’m going to get there. Including, perhaps especially, with my career. It’s as if the faintest voice is saying, “You know, your dream job is going to shoot in 2022 whether you’re cast in it or not. What if you have all of 2021 to prepare for it? Will you be ready?” Thanks to 2020, I now know “ready” means physically, mentally, spiritually, financially, emotionally, professionally, and personally. I’m more than a month into gifting myself this kind of focus, and I’m already encouraged and excited by the healing and growth that’s taken place the last five weeks. Whether that better me comes with a dream job or not: eleven months to go!

As you know, we’re big fans of you and your work. For our readers who might not be as familiar what can you tell them about what you do?
I’m thrilled to share that the Academy- and Emmy – nominated student film “Under Darkness” is now on Omeleto’s YouTube; portraying real-life WW2 photographer and partisan rebel Faye Schulman is an adventure I’ll never forget. Also up on YouTube is the music video to Jai Wolf’s “Lose My Mind,” in which I play an astronaut dealing with her own isolation for five years in space – hopefully our real-life pandemic isolation spells won’t last that long! More recently, I’ve been up to some comedic shenanigans in Facebook Watch’s “Rival Speak” as a guest caller who might just know more about the show than the producers would like, and I couldn’t be more excited to join the fantastic cast and crew for the upcoming drama/fantasy feature, “Tomorrow.” Of course, I’m extraordinarily grateful to still be acting for medical schools as their SP programs have adapted to Zoom! 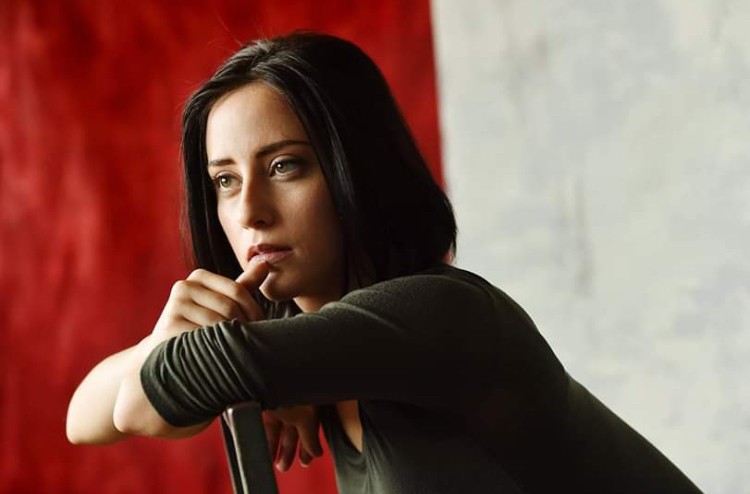 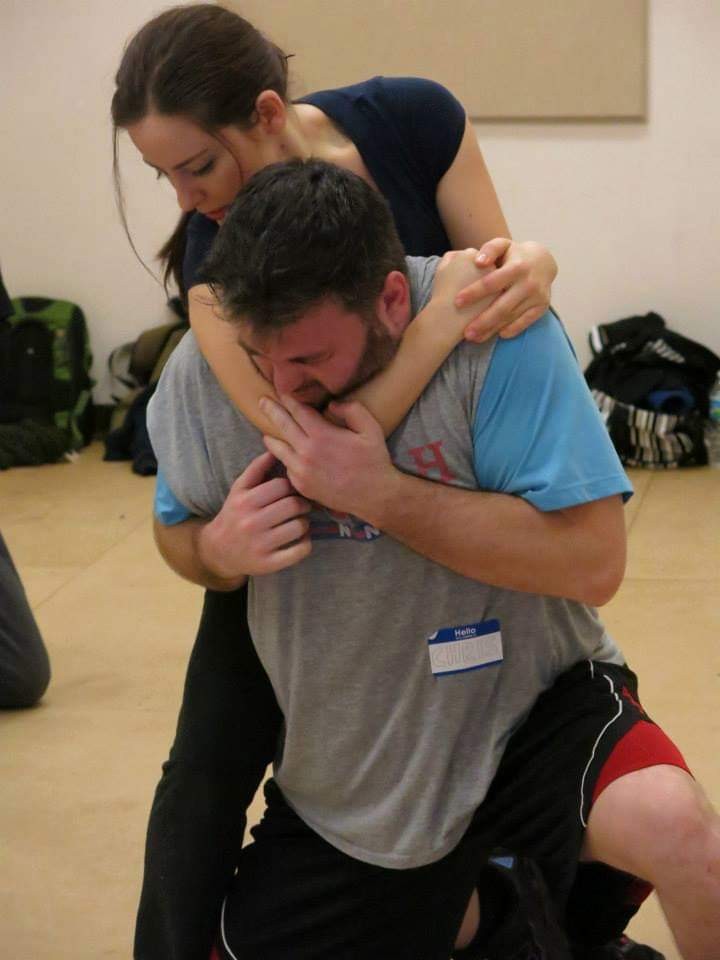 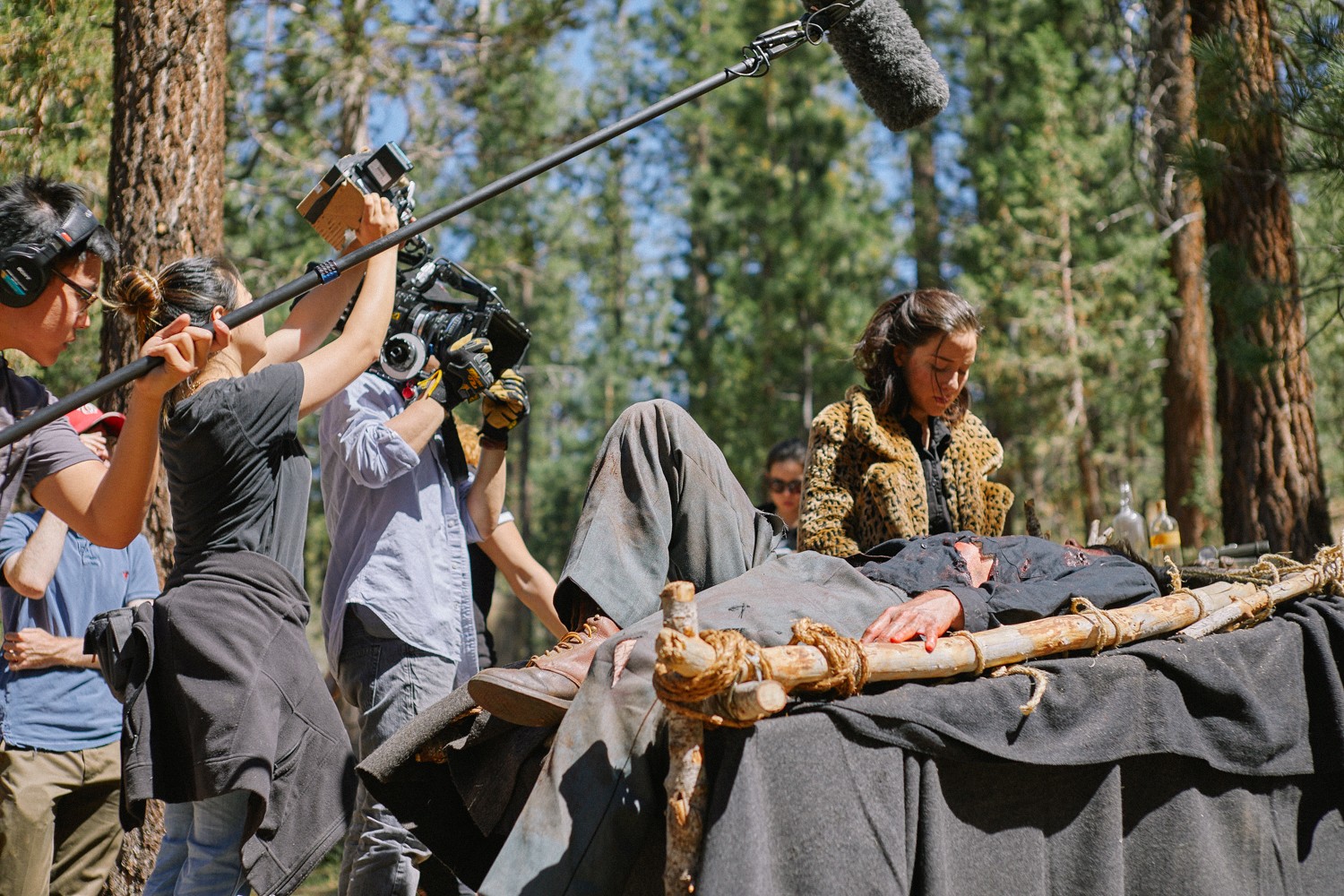 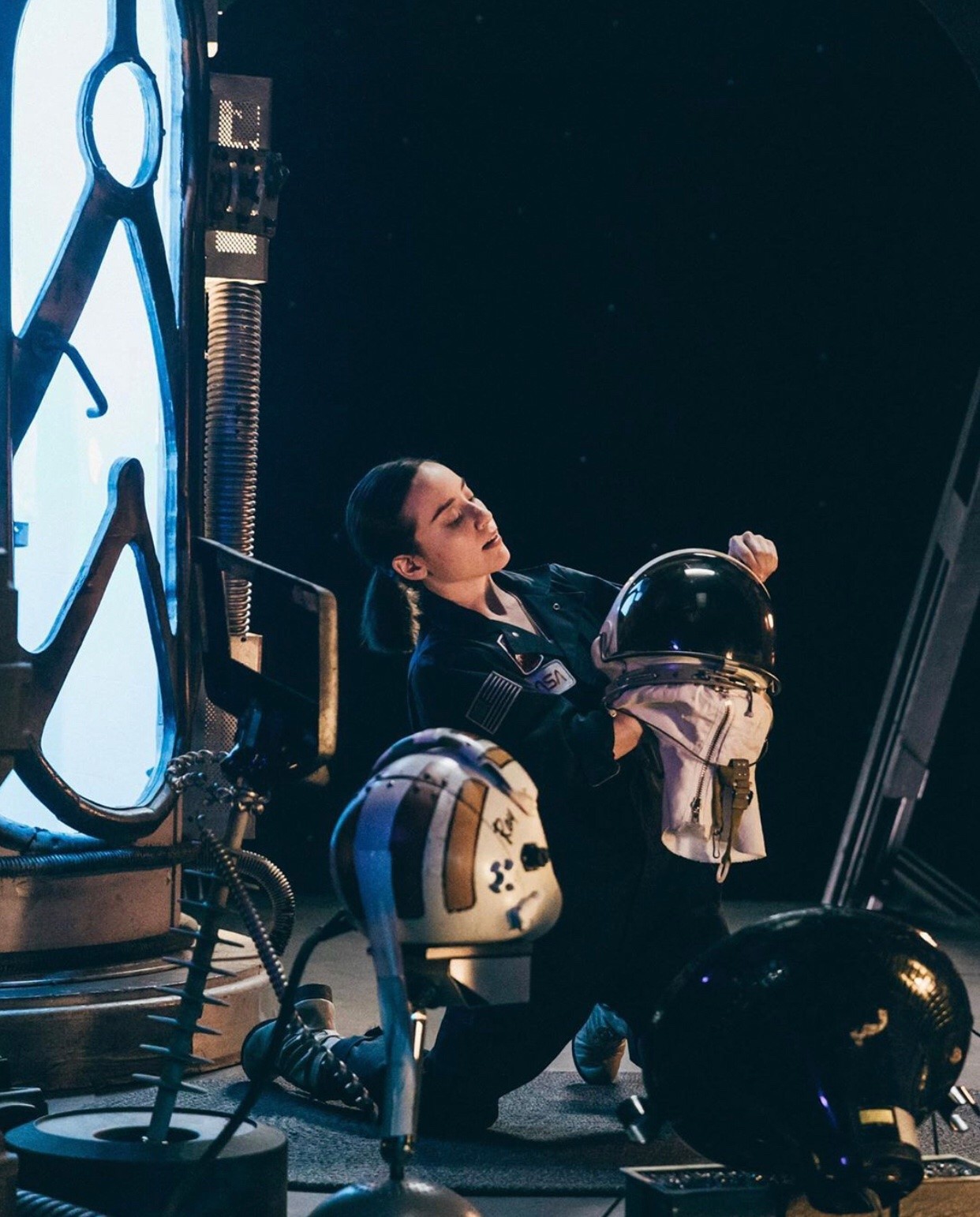 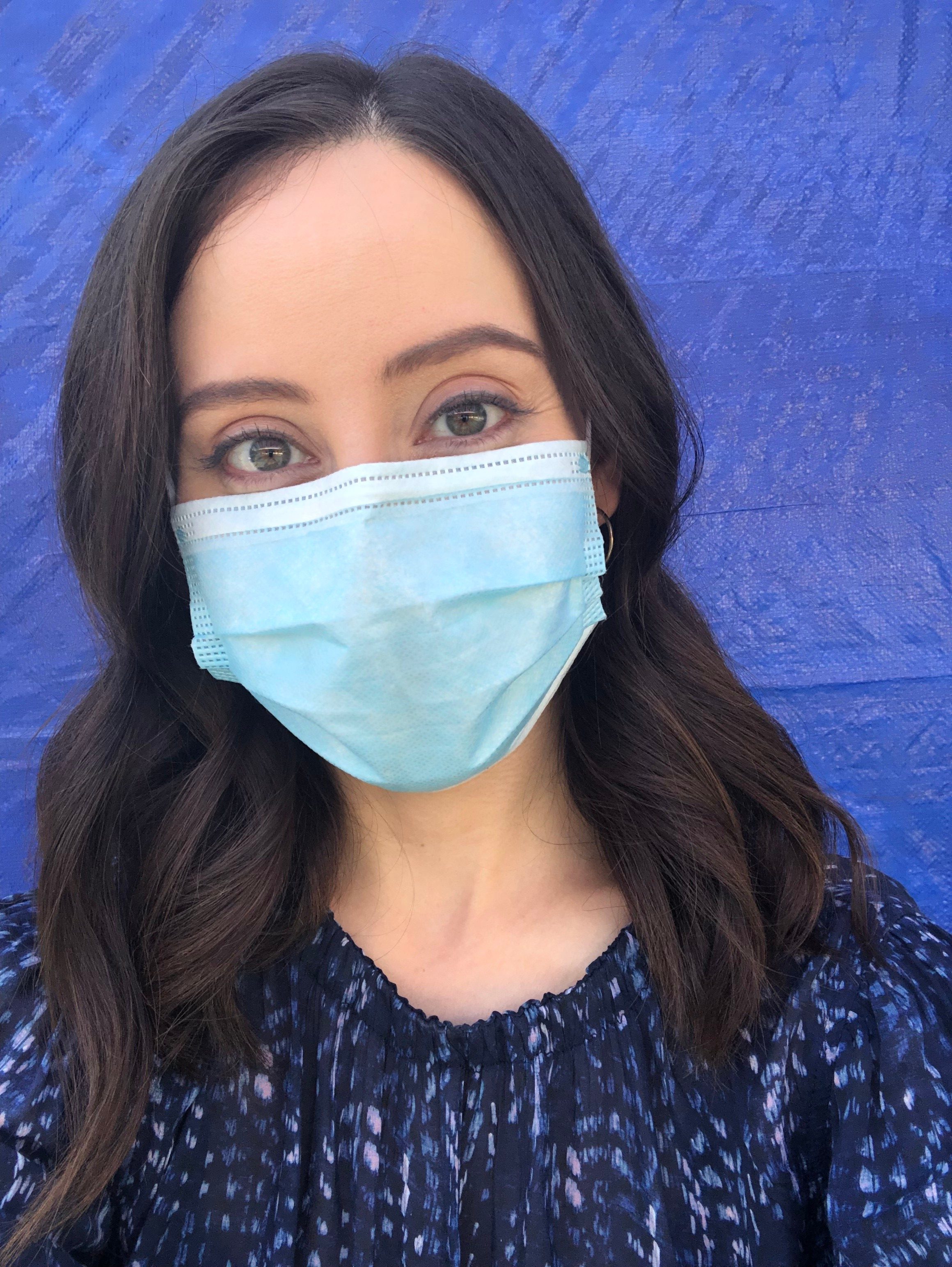 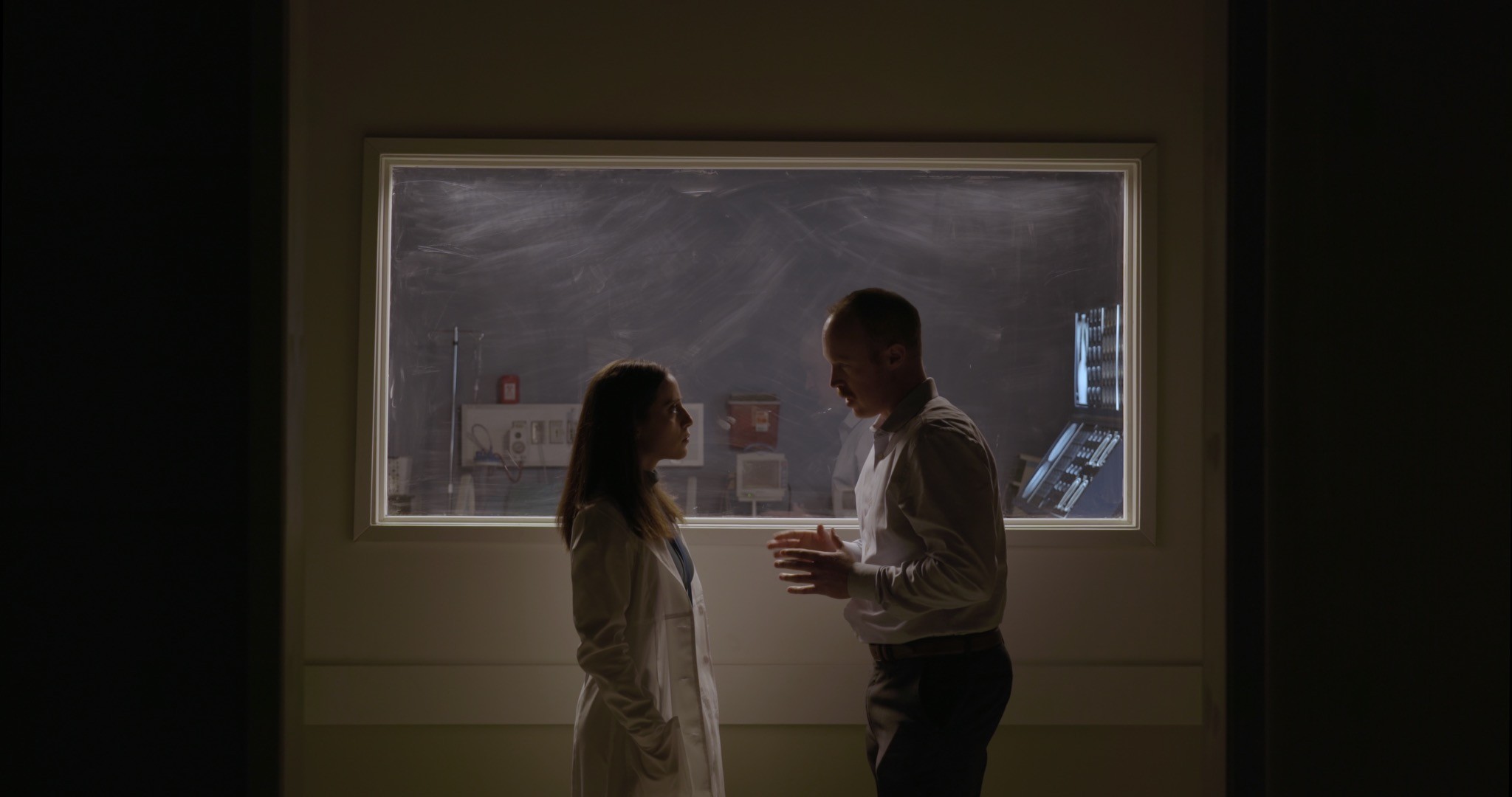