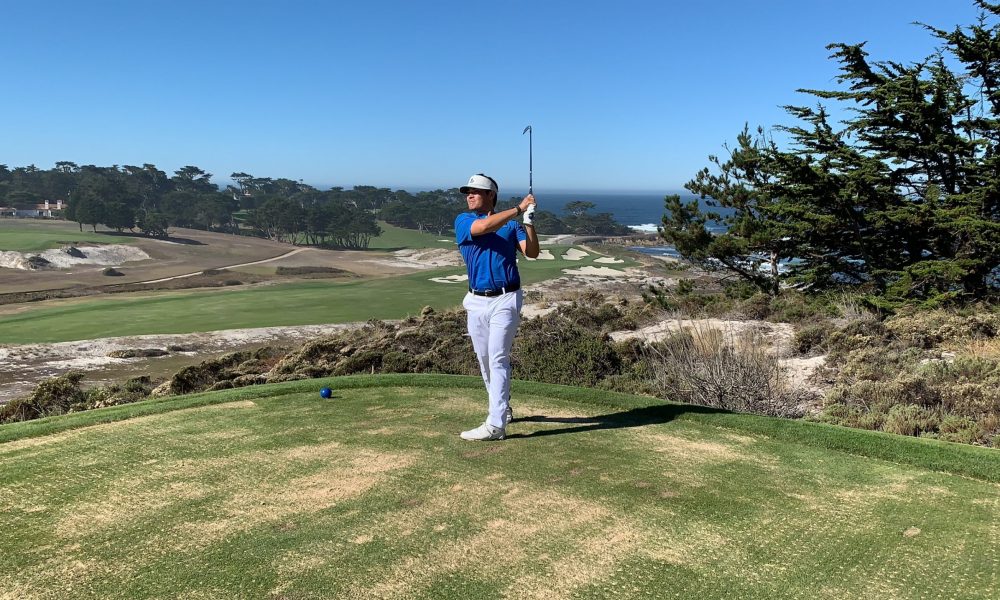 Today we’d like to introduce you to Kai Sato.

Thanks for sharing your story with us Kai. So, let’s start at the beginning and we can move on from there.
I grew up in Arizona, and my family went through a slew of challenges that involved substance abuse, divorce, and bankruptcy. Motivated to alter my environment, I was lucky to earn a full scholarship to an esteemed boarding school near Santa Barbara and left home when I was 14 years old. After high school, I migrated to Los Angeles to attend USC on a merit scholarship. The summer after my freshman year of college, I started caddying at Bel-Air Country Club, while also knocking out a rudimentary Economics class at Santa Monica College.

I loved working as a caddie and continued to do it on the weekends throughout college, thanks to the guidance of Jim Ellis, a mentor and USC’s business school dean. For me, caddying was just as transformative as attending a highly ranked boarding school. I enjoyed meeting new people and learning from them. Especially in LA with such a diverse business climate, it was great to hear about different industries and see how they coexisted. There were even a number of members who had caddied growing up, which inspired me.

After college, I worked for a publicly-traded real estate company, where the founder and chairman, Mace Siegel, became a Yoda-like mentor in my life. He even supported me when I decided to leave and co-found my own sportstech company. I did almost nothing but work on our startup for six straight years, no vacations and to the detriment of some personal relationships. I made a ton of mistakes, but that’s how we learn and improve. After eight years of building that company, the business had reached a good place, and I left to focus on investing in similar sportstech and media startups. That soon expanded into other verticals in foodtech and consumer, particularly helping corporations and family offices adjust to the wave of innovation impacting their core businesses. That’s still my day job, and I didn’t intend to start anything new, though that changed when Kobe Bryant died.

Already an Oscar winner, Kobe loved storytelling, and it was supposed to be a big part of his life after retiring from basketball. Stories are powerful, as one book, one article, or one quote can change someone’s life forever. His passing gave me the kick in the ass that I needed to start Caddyshack to Corner Office, for it was my way of paying it forward and honoring his legacy through our shared love of stories. It’s been a labor of love and a unique culmination of my experiences to date. For any outlet, it’s a privilege to disseminate information to people, and it should be approached with integrity.

Overall, has it been relatively smooth? If not, what were some of the struggles along the way?
Of course, it hasn’t been a smooth road; nothing worth doing is going to be easy. Whenever you’re pushing yourself and trying to improve, you’re going to make mistakes and fail. Plus, life happens along the way, and you have to endure the valleys in order to reach the peaks.

Personally, I had quit my job in the greatest recession since the Great Depression, and then in a span of weeks, my beloved grandmother died, my then girlfriend broke up with me, and a competing company suddenly appeared on Shark Tank (back when that was a big deal). Life will throw you curveballs, especially with anything entrepreneurial. You’re not building the business in a vacuum. I always remind founders that your business can’t improve until you do. You create so much of the value for the venture, so it’s critical for you to continually improve yourself. We have to be honest about our strengths and weaknesses. We have to push past our personal hang ups and insecurities. And most of all, we must surround ourselves with great people.

Professionally, it’s hard to get any business off of the ground. That’s why the failure rate is so high. Potential customers are busy, so it’s hard to get their attention, get them to take action, and then keep them coming back. You have to force the world to care. Building a company is not only uncomfortable but can be completely counterintuitive. Things won’t work out as you anticipate. You will be ignored. Doors may literally be slammed in your face. But if you stay at it and keep doing the right things, you’ll eventually breakthrough.

And when you reach some success, new challenges emerge. There can be a lot of haters. Your culture changes as you grow. Your competition increases. Technology disrupts your industry. It’s hard, but that’s also what’s so interesting.

It’s still very much the first inning for Caddyshack to Corner Office, but it’s thankfully been well-received and has grown rather quickly. Having made a lot of mistakes building other companies through the years has taught me how to stay disciplined, especially with limited bandwidth. Also having been a contributor to Inc. and Entrepreneur, in addition to serving on the board of a media company, has taught me about content businesses. A private equity investor that I greatly admire once told me that “being an operator makes you a better investor and that being an investor makes you a better operator.” Straddling the two sides has certainly helped add perspective.

Alright – so let’s talk business. Tell us about Caddyshack to Corner Office – what should we know?
Caddyshack to Corner Office is a media outlet that tells the stories of successful executives whose lives were transformed by caddying. Even dedicated golf fans rarely know just how many highly accomplished people were molded by carrying golf bags during their youth. I certainly didn’t until I became a member at the club where I once caddied and have been lucky to play selective courses across the country. Bing Crosby caddied. Bill Clinton caddied as did Clippers owner, Steve Ballmer. Carson Daly caddied at Riviera Country Club while growing up right here in LA. For many people, it’s their first job, and it helps them develop a great deal of confidence since they are often teenagers providing guidance to affluent adults. All of the stories have a coming-of-age aspect and many embody a Horatio Alger vibe. For example, Mary Petrovich began caddying at the age of 12, after her father died suddenly. She is the second eldest of 8 kids some of whom were still in diapers at the time, so she needed to help provide for her family. Caddying not only earned her money but also opened the door for her to attend the University of Michigan on a full scholarship, where she walked onto the varsity softball team and later became captain. Mary went onto Harvard Business School and has enjoyed a storied career in the automotive industry, later operating companies for The Carlyle Group. She’s just a badass!

Another is John Ashworth who was living out of his car for a while caddying on the PGA Tour and then went on to build two industry-shaping apparel companies, first Ashworth and now Linksoul. Mike Keiser is a self-made billionaire who first created a recycled greeting card company and then, just for good measure, built some of the finest golf courses in the world but intentionally keeps them open to the public. These are walkable works of art that should last for centuries and constantly bring people together for cherished memories.

The stories go on and on. And while there’s no question that they initially appeal to golfers, they are visceral human stories that continue to attract a broader audience. They’re candid, authentic, and inspiring. In fact, that’s been the best part of our progress to date, when younger people write in or comment on social media about how much they’re motivated to follow in the footsteps of our interviewees. In May, LA Times writer, Mike Digiovanna, published a story titled “How A Golf Caddie Academy Got Low-Income Kids Into College.” Caddyshack to Corner Office provides the happy ending to those types of stories, showing people what can happen if those kids stay on a good path. It can be life-changing. Working closely with the Chicago-based Evans Scholars Foundation, which has sent over 11,000 caddies to college on full scholarship, we’re giving this community a voice that inspires younger generations and ultimately grows the game.

We’re still very new but will keep expanding content and also testing other mediums, based on audience feedback. We’re starting to methodically expand the team and are also beginning to explore brand partnerships, which we’ll fashion after The Masters, only working with a handful that are a good fit. Above all else right now, we’re just trying to publish the very best stories that we can find.

Any shoutouts? Who else deserves credit in this story – who has played a meaningful role?
There are too many to list, as I’ve long been supported by a stable of friends, teammates, and mentors. A special thanks goes to Neil Jacobson who dove in on this as our first interviewee, without any clue where it would lead. The Western Golf Association has done more for caddies than any organization in the world and has been a great partner. Above all else, my wife deserves most of the credit for always being in my corner and never…OK rarely…taking any credit herself. 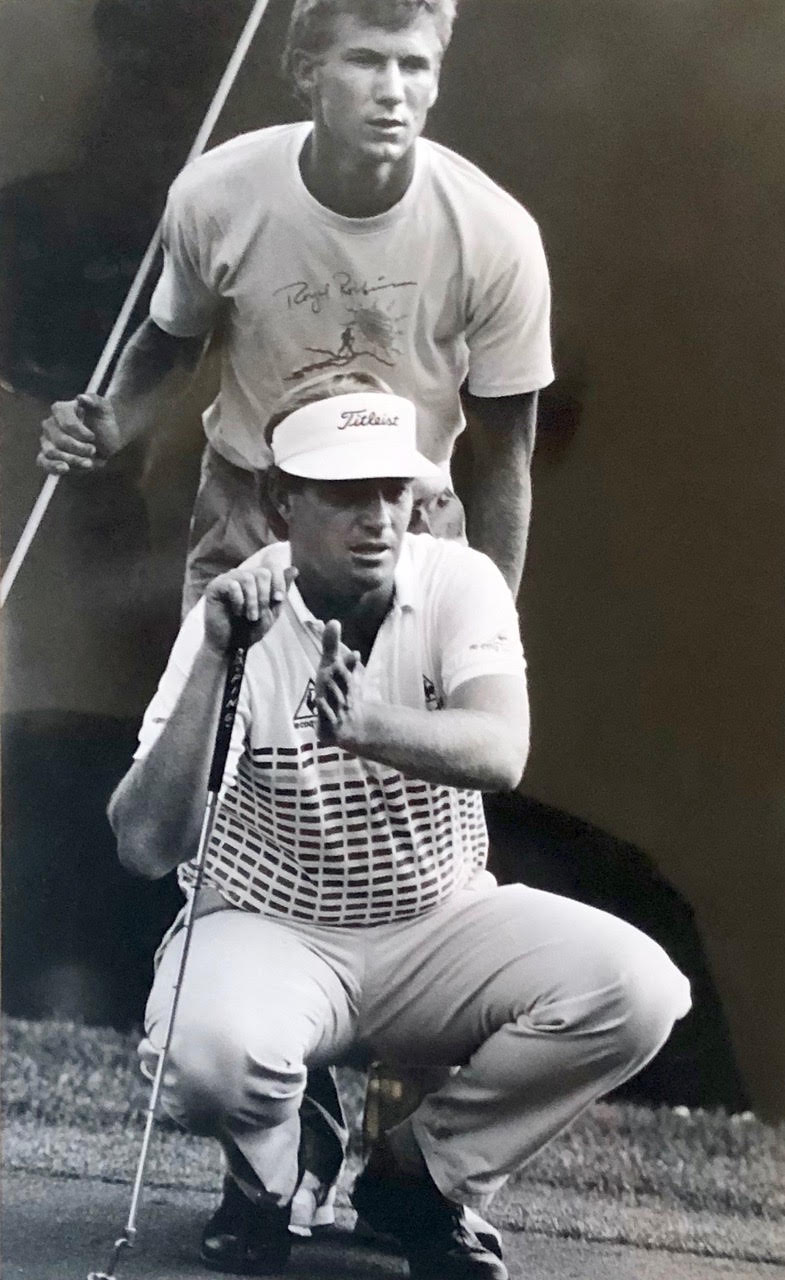 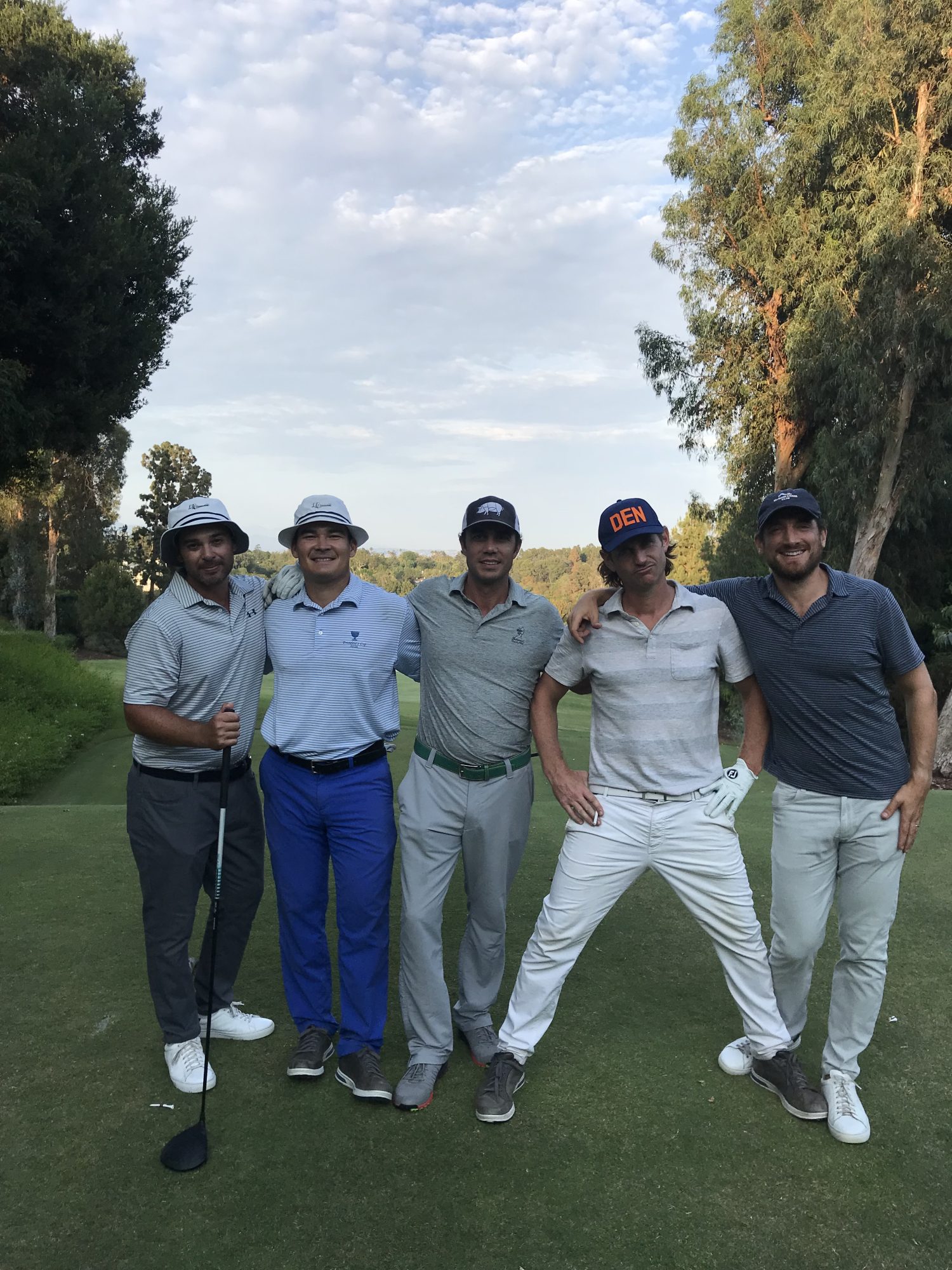 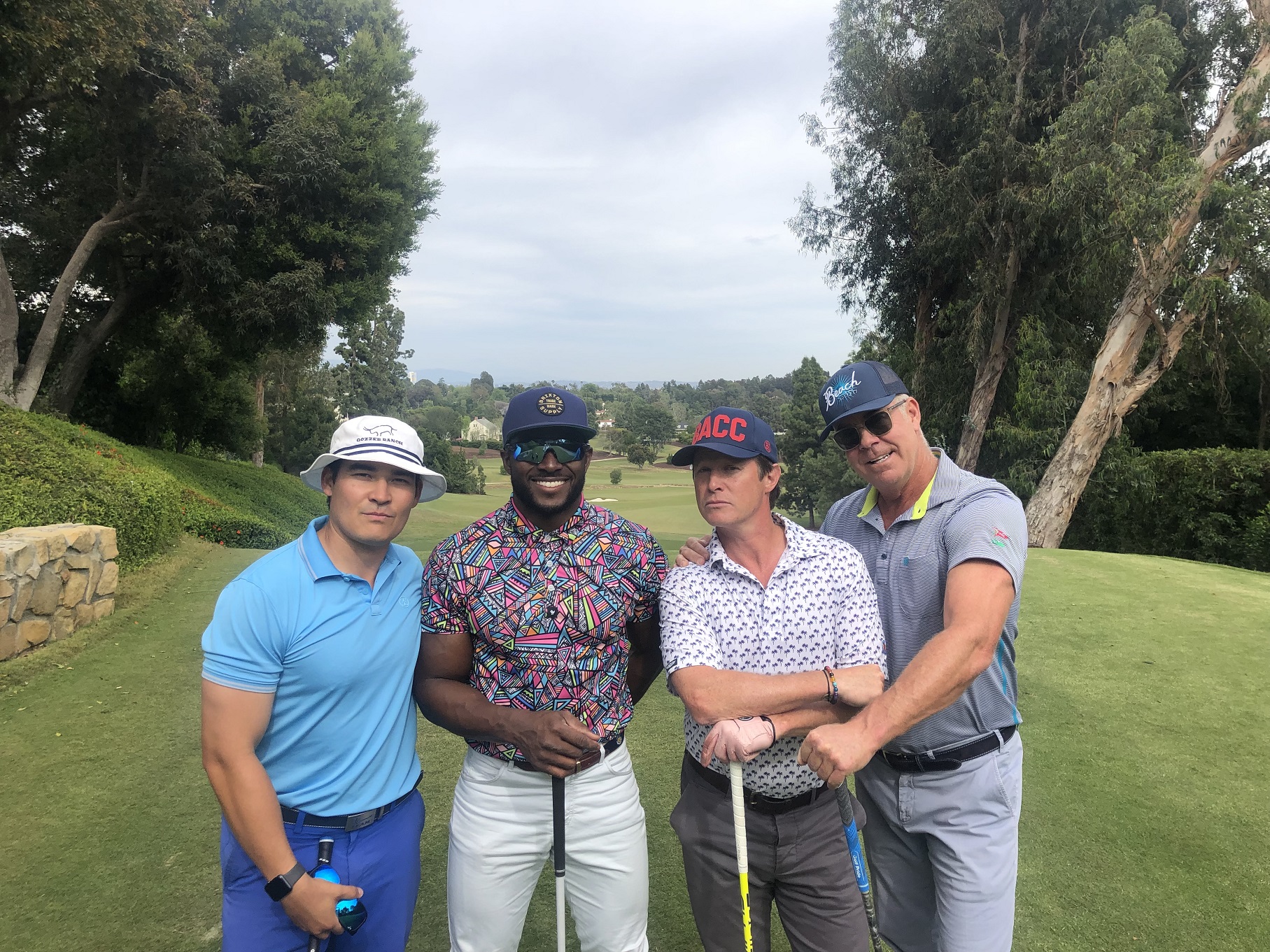 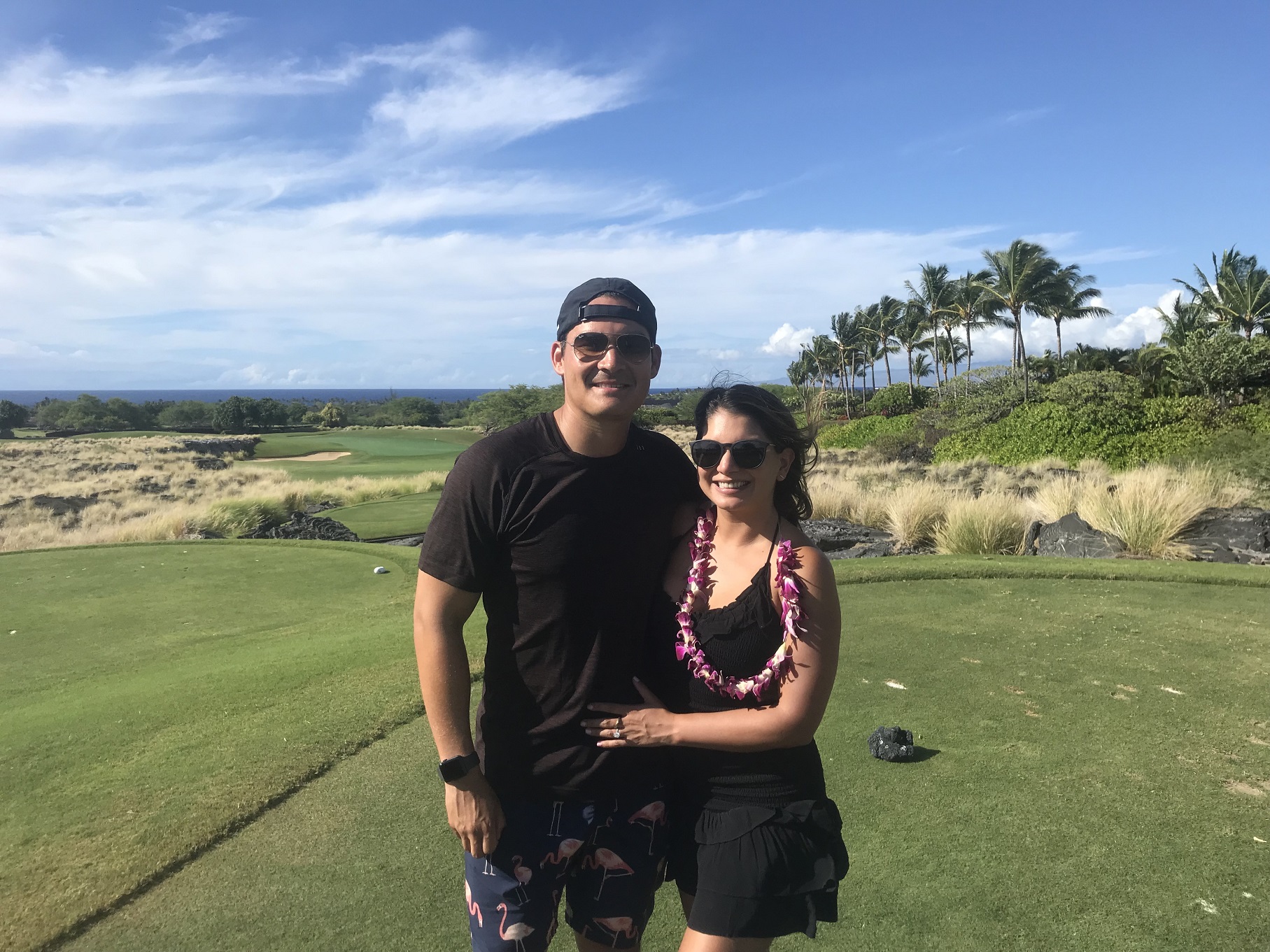 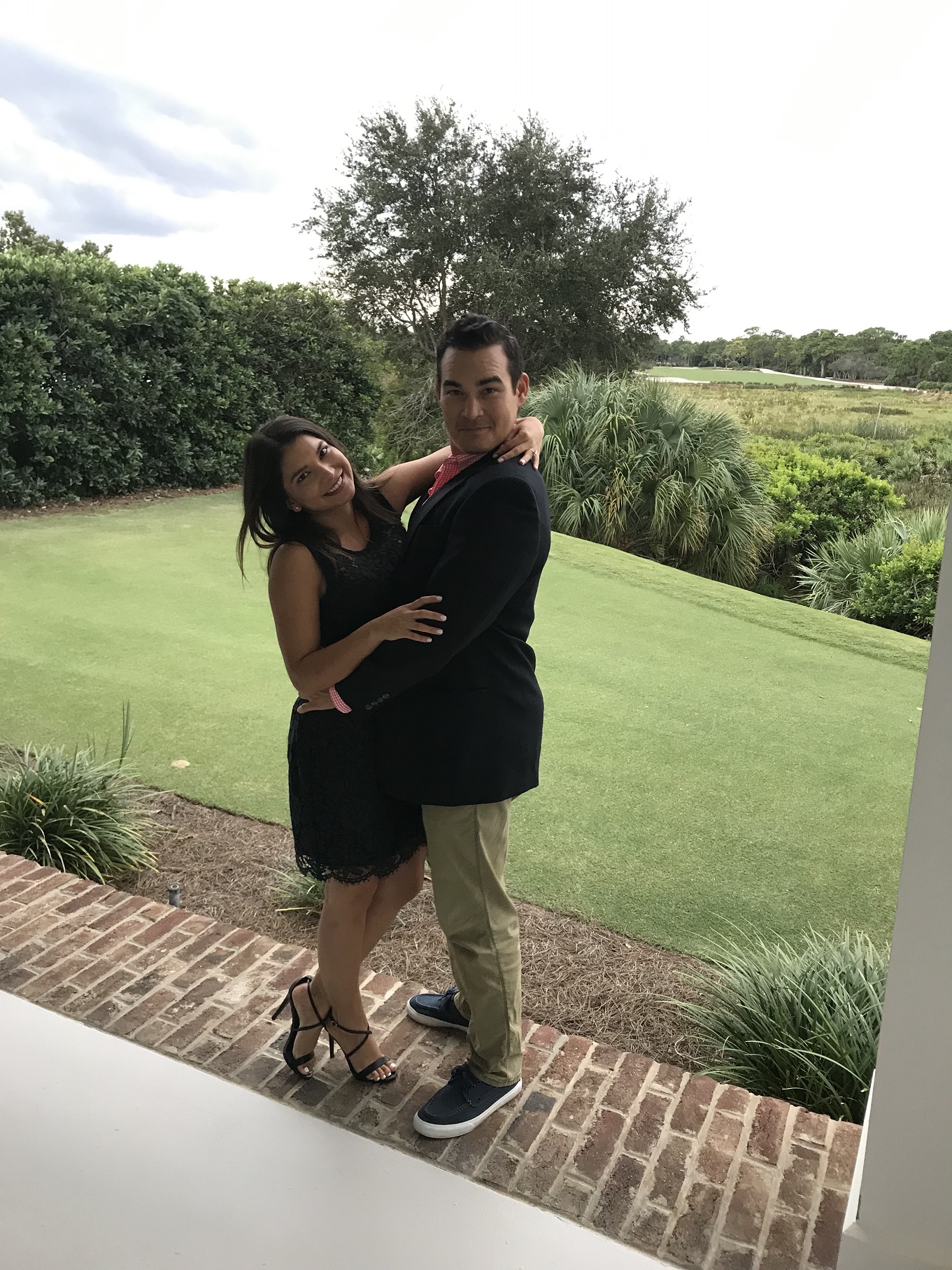 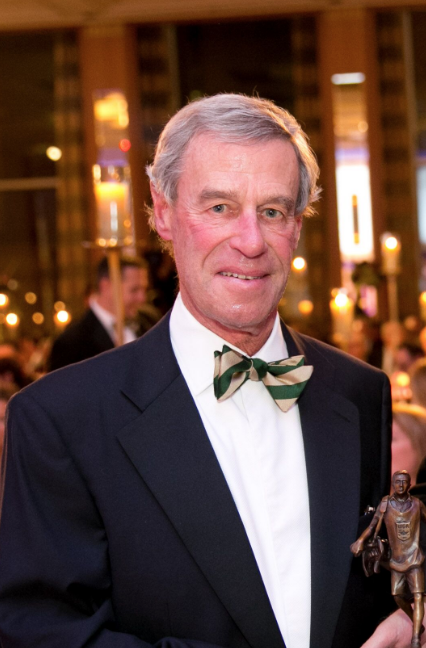 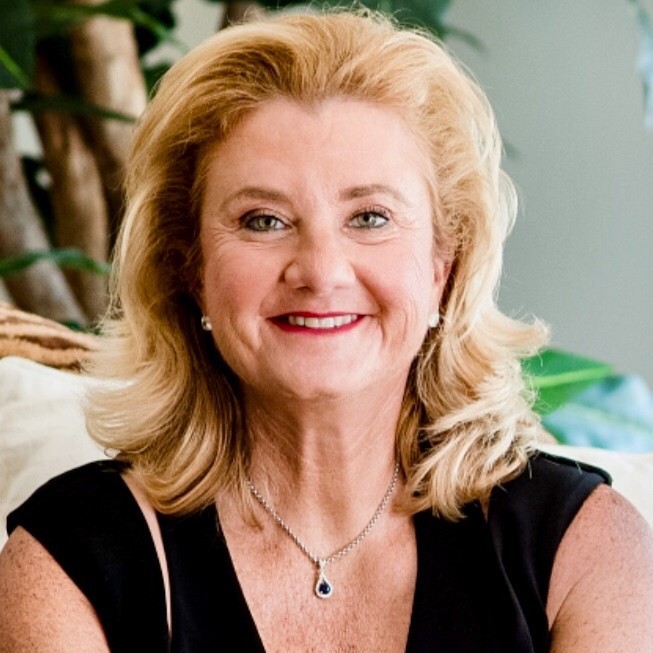