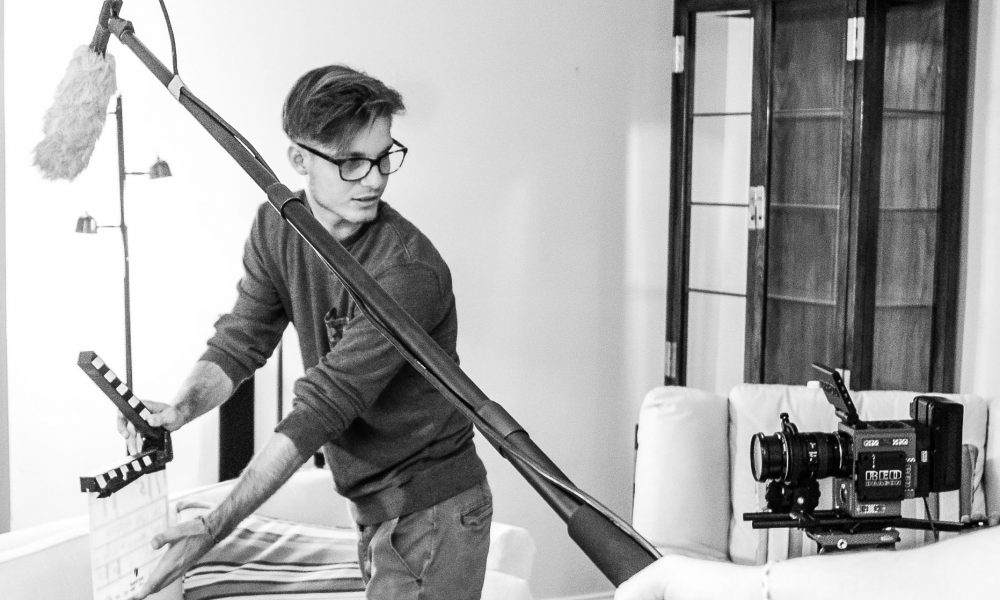 Today we’d like to introduce you to Kai Patterson.

Kai, please share your story with us. How did you get to where you are today?
I was born and raised in Hawaii on the island of Oahu. I’ve always had a love and passion for filmmaking from a very young age. I remember watching Jurassic Park when I was 5 or 6 years old, and I instantly fell in love with it. I even thought that I wanted to be a paleontologist, but soon I realized that I loved the way stories could be told through film. I spent hours watching the “Behind the Scenes” of all the movies I loved. I wrote stories in my composition books in school and I was always playing around with a camera.

My mom got me and my siblings into the acting scene at a very young age. I had a speaking role on an episode of Baywatch Hawaii before I could really even read. I even did some extra and photo-double work on the set of ABC’s Lost and I loved seeing how a production worked from behind the scenes. I knew I had to be a filmmaker. When I was 12 years old, I entered a local video contest in Hawaii for a cell phone service and won first place even though the contest had been for high school students.

My family moved from Hawaii when I was 13 and we ended up in St. Louis, MO. It was a totally different culture than I was used to, not to mention the weather. But I continued to make videos and even gained a little bit of a following on YouTube. I was always making videos all through high school and really started to hone my craft in college.

I made a 25-minute sci-fi short film called Red Mission my second year of college that changed a lot for me. I had always dabbled in visual effects to enhance my stories, but that film was the first time I really started to create entire scenes in 3D.

I continued to work on my storytelling abilities throughout college, making short films, writing novels, and working on my 3D modeling and animation. When I graduated, I knew that I was ready to make the trek out to LA even though I had no jobs lined up. I had some friends and family in LA so I knew I had some safety nets, but for the most part I had no idea what I was going to do to keep myself from living in a box on the side of the road.

Only through sheer luck and some friendly connections was I able to squeeze my way onto a few sets that would begin my film career in LA. I’ve worked as a PA on MasterChef, an Art PA on Top Chef, a 2nd AD on an independent horror feature as well as a few commercials. On the side, I was doing 3D logo creation for clients that really started to become my main source of income for a while. I now work as an Associate Producer and Editor for Lewis Howes’ School of Greatness Podcast.

Great, so let’s dig a little deeper into the story – has it been an easy path overall and if not, what were the challenges you’ve had to overcome?
It hasn’t been the smoothest road to get to where I am now. There were a lot of nights when I sat awake and wondered how the heck I was going to pay rent. I remember being in my first few job interviews in LA for post-house companies who told me they didn’t think I was cut out for a desk job, apparently my resume seemed too creative (that was a criticism I didn’t think I’d ever get). In retrospect, they were probably right, but jokes on them because most of my work now is at my desk, editing, writing, doing 3D work, etc.

For about the first two months of being in LA, I had had no work and I finally had to resort to posting on Facebook and asking my friends and family if they knew anyone that could help get me on a set. At first, I felt so ashamed that I wasn’t able to make my own connections, sometimes I even felt like I was going to fail, but moving back to St. Louis was never an option for me, though I’m sure my mom would have welcomed me with open arms, I just knew being there wouldn’t further my career in film. Deciding to humble myself and actually ask for help was the best thing I could’ve done. Within a week, I was on the set of my first commercial through a mutual connection on Facebook and from there, my network continued to expand as I was referred to more people and given more contacts to pursue.

I was often thrown into roles that I had never done before and it was scary to navigate the unknown while still pretending to look like I could confidently do the task that was asked of me.

But I think overall, I’ve been super lucky, and I always try to stay grateful for all the things that I have and all the opportunities that I have been given because I know I’ve lived a privileged life for the most part.

We’d love to hear more about your work and what you are currently focused on. What else should we know?
Now, with a full-time job and with the current COVID-19 situation, my personal business has taken a bit of a backseat to everything else. But before that had happened, I was working on 3D Cinematic Logo Sequences for small production companies that wanted to stand out from the rest. You often see Cinematic Logo Sequences at the beginning of films, think the Pixar lamp jumping about and bouncing on the ‘I’, or the boy fishing from the crescent moon in the Dreamworks logo, or Elliott’s and E.T.’s silhouettes as they fly past the moon for Amblin Entertainment’s logo. I do that for smaller production companies that want that extra level of professionalism and I love the work!

What moment in your career do you look back most fondly on?
When I finished my film Red Mission and it won 1st place amongst the judges and the audience in my college’s film festival was one of the proudest moments in my career. It really solidified for me that my stories were worth an audience’s attention. Another proud moment was being offered my current job, I love working with supportive teams that are doing work to change the world, and I feel like that’s exactly what happened when I joined “Team Greatness.”