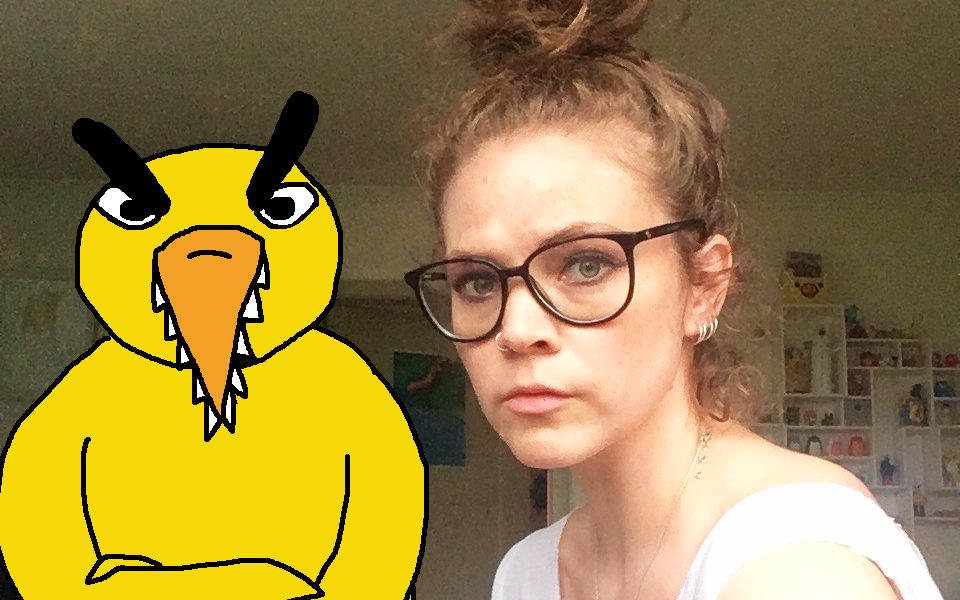 Today we’d like to introduce you to KA Sandholm.

So, before we jump into specific questions, why don’t you give us some details about you and your story.
I grew up in Norway and I get easily bored, so I used to draw weird creatures and make stories about them as a kid to entertain myself. I have a very random imagination I guess. This continued throughout school, in our old textbooks I used to whiteout the lines on the illustrations and draw people into weird animal-humans instead, with speech bubbles. I guess I like breaking the rules a little bit but only mildly and without causing real harm to anyone.

I started drawing Angry Ducks when I was working in a call centre in Scotland in 2005. Customers are rude on a whole other level when it is not to your face, but over the phone. I had to find a way to let out frustration without being fired, so I started drawing these rage-filled ducks with fangs and very angry eyebrows in MS Paint whenever someone was awful to me. He also wears random shoes and even though he is male, he often wears ladies shoes because he really doesn’t care what others think of him. Since then, I have worked in retail whilst going to uni and let’s just say the inspiration continued. Drawing Angry Duck has definitely kept me sane over the years!

Angry Duck World contains 25 original characters per today, and most of them are based on actual people I have met in my life and who has made a very negative impression on me. Some of the characters are also a mixture of nasty people I have met, boiled into one creature. Angry Duck is the main one, he isn’t actually angry to begin with, he just doesn’t want to let the others get away with their bad behavior, so he gets angry or does things to put them in place.

I drew Angry Duck whilst studying illustration and graphic design in universities in Norway, Australia and Scotland, and started by making t-shirts and cards for my friends, but it was always a side hustle and not something I dared to go for wholeheartedly. New characters kept popping up as I traveled to new places but mainly as I got new jobs. In 2014 I got accepted into Pictoplasma Academy in Berlin, Germany, a character masterclass that helps you take your characters to the next level. I learned so much from so many talented artists and met some of the nicest people I have met in my entire life, from all over the world. We also got to exhibit in a gallery in Berlin in spring 2015, during the annual Pictoplasma Festival. I traveled through Europe on train and in car with a huge Angry Duck sculpture that was almost the size of me.

Since then, I got more professional and more sustainable merch made, and in 2016 I went to DesignerCon, then in Pasadena, now in Anaheim, to sell Angry Duck merch. This year I am vendoring at Dcon for the 4th year, and I really love it. The people, the diversity, the new lovely people you meet, the art, it is all outstanding. I also vendor at London Film and Comic Con, and possibly at other cons in Europe in the coming year. I try to make merch that people can use and might need, but I also care about where it is made and how it is made. I want my stuff to be good quality because Angry Duck would absolutely hate it if he bought some low-quality stuff that broke straight away.

Angry Duck is weird, raw, random, different and stands out from the crowd. It is really not for everyone, and also because it is a bit NSFW sometimes, not for kids, even though many people think it is because of the characters and the colours. It is not meant to be cute or pretty, I just want to make people laugh, and even better think about how they treat others sometimes. It took me a long time to realize that Angry Duck is actually me. I have a strong sense for justice and hate anything that is unfair and letting people getting away with doing really awful things, but sometimes I am too scared of confrontation to say anything. I also have a weird and random sense of humor. Angry Duck will stand up for the weaker characters in Angry Duck World, he will give the bullies what they deserve and he will ridicule or confront those who act out of order. I currently draw comics but would love to learn animation and make cartoons one day!

Has it been a smooth road?
My struggles are inside me. I am holding myself back, and I am aware of it, I just don’t know how to stop it. When I lived in Scotland, I worked as a creative for a year in an advertising agency and as a packaging designer for 1,5 years and I didn’t like it at all. There is not much creativity in advertising, and even though I love packaging design, the pay was awful, the job was very limiting and the company was run in a horrendous way. But I got some fine inspiration at least. Right now, I work two day jobs and does my art on the side, it is not ideal, but at least I get to use my creative juices on Angry Duck and things I care about. I would love to take things one step further but I am scared to take the leap and to fail. But I am working on it! I love meeting new people and vendoring at conventions so I am doing more of that every year, and will see where the road takes me.

So let’s switch gears a bit and go into the Angry Duck story. Tell us more about the business.
Angry Duck started out as Arga Ankan, which means Angry Duck in Swedish. The call centre I worked in had mainly Swedish callers and the alliteration worked well. But the world does not speak Swedish, so it became Angry Duck when I moved to Australia.

I hope I am known for weird random humour. So many people tell me they don’t get Angry Duck, it is fine, not everyone can or want to get it! I also like using lots of colours. I hope Angry Duck can tell people it is ok to be different, to not be perfect, to care less what others think. And also to be nice to others and cause no harm, but defend yourself if someone is mean to you or someone who can’t defend themselves! (Yes, I am vegan :D)

I guess I am most proud of being super original, I started this in 2005 and Angry Duck has not changed much since even though my digital drawing in Photoshop has improved a bit since then. Whenever I meet people at cons and similar they always tell me they have never seen anything like it, and that is sort of nice to hear in an art world with lots of replication. Nothing wrong with fan art and drawing things in your style, I do that sometimes too, but I also think it is nice when people come up with something different and tell their own story through their art.

What are your plans for the future? What are you looking forward to or planning for – any big changes?
I would love to make Angry Duck animations and put them up on YouTube. I think it is difficult to get the characters personality across on Instagram and to tell the stories in my head without moving image, so I am hoping I find the time to learn ProCreate or Adobe Animate. I want to, I just need to have more time.

I have made three free sticker apps for ios (imessage only) and you can also use Angry Duck animated sticker gifs on Instagram and Snapchat. Just search for Angry Duck stickers! I would love to do more of these and I probably will.

I am also working on a comic book featuring one short story of one page for each character, but comics are incredibly time-consuming so it is going slowly! I would also love to do plushies of some of my characters and also maybe vinyl toys. Angry Duck to the people! 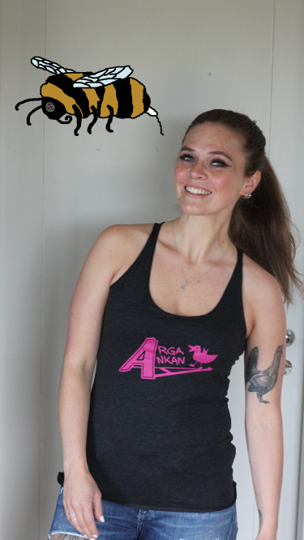 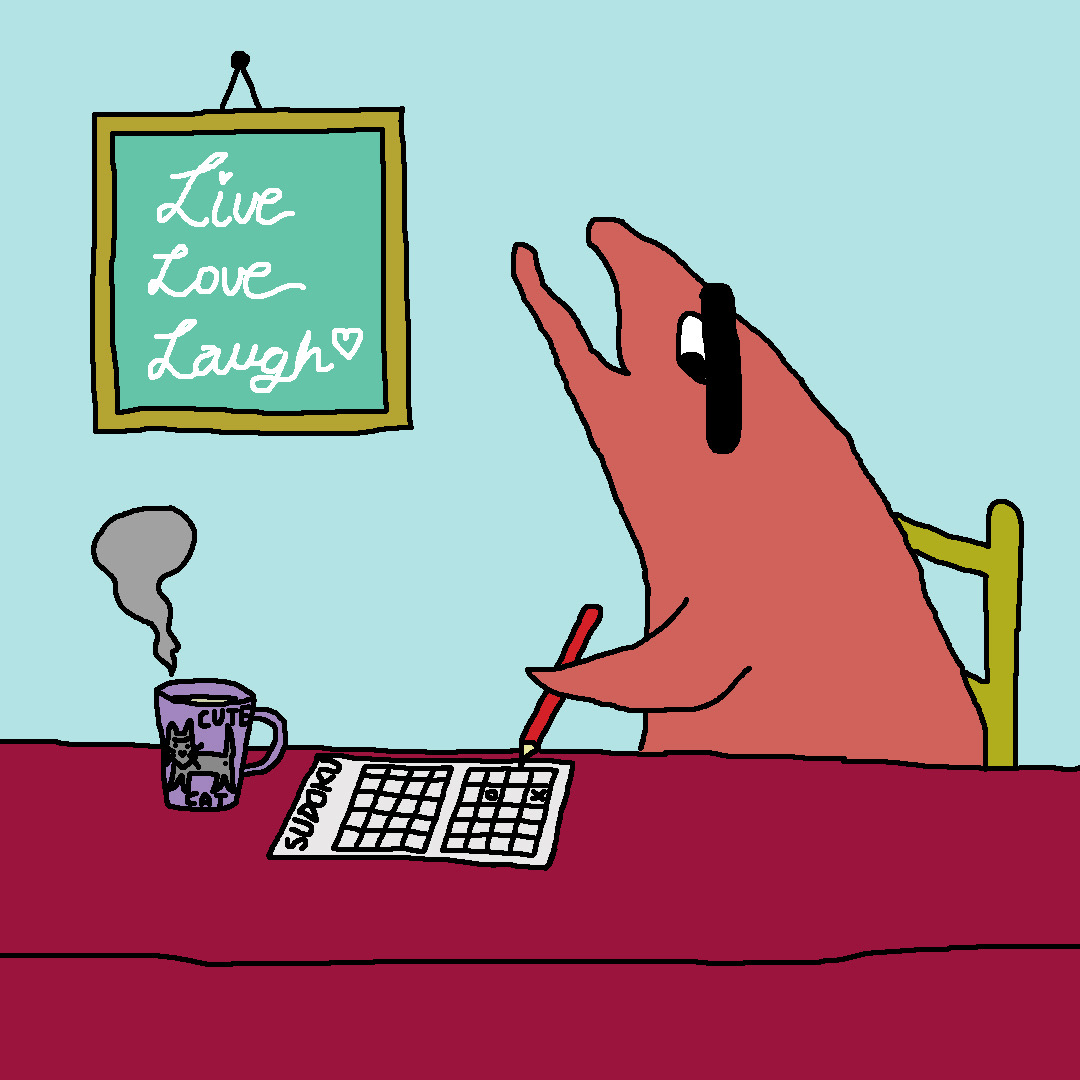 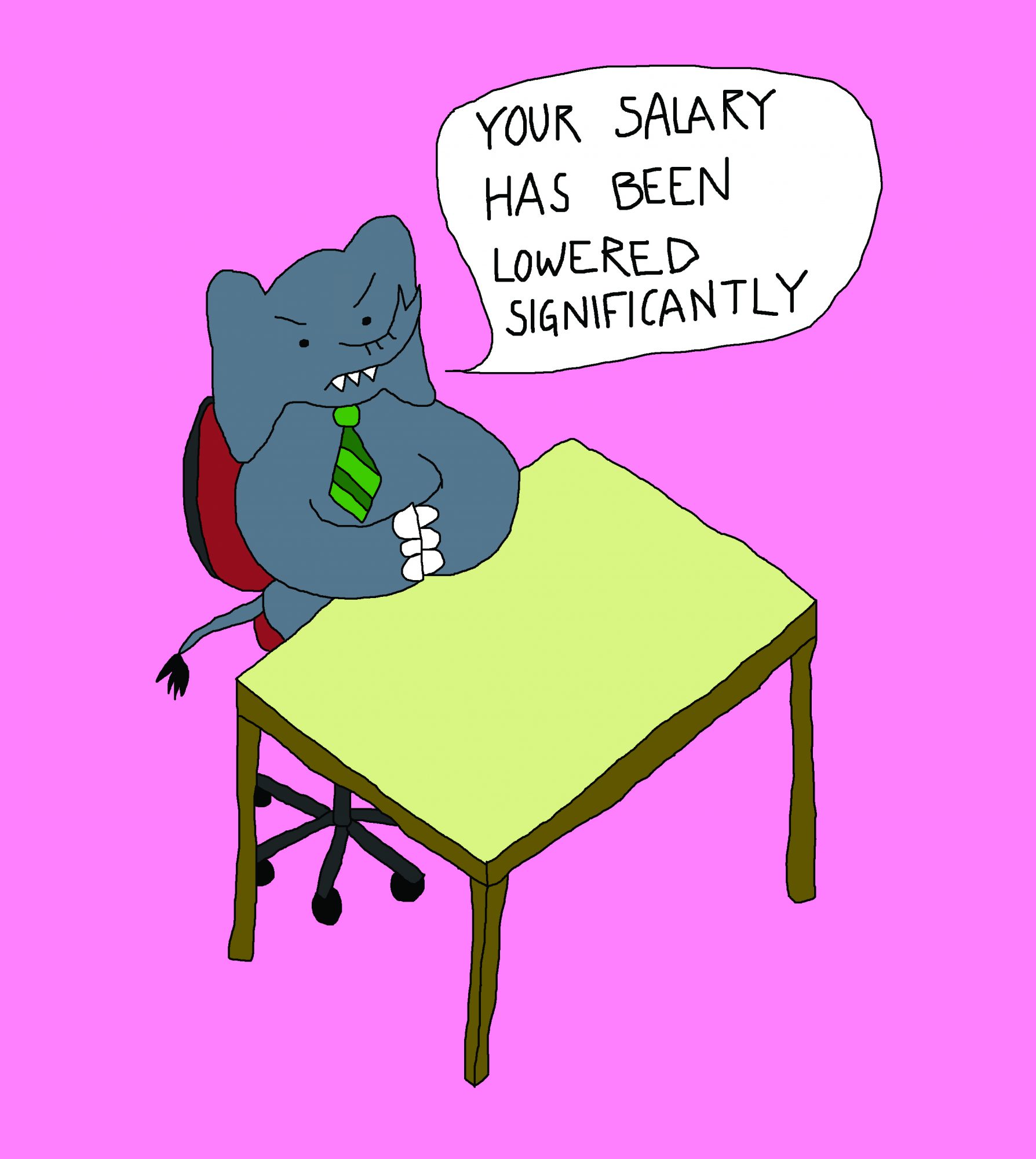 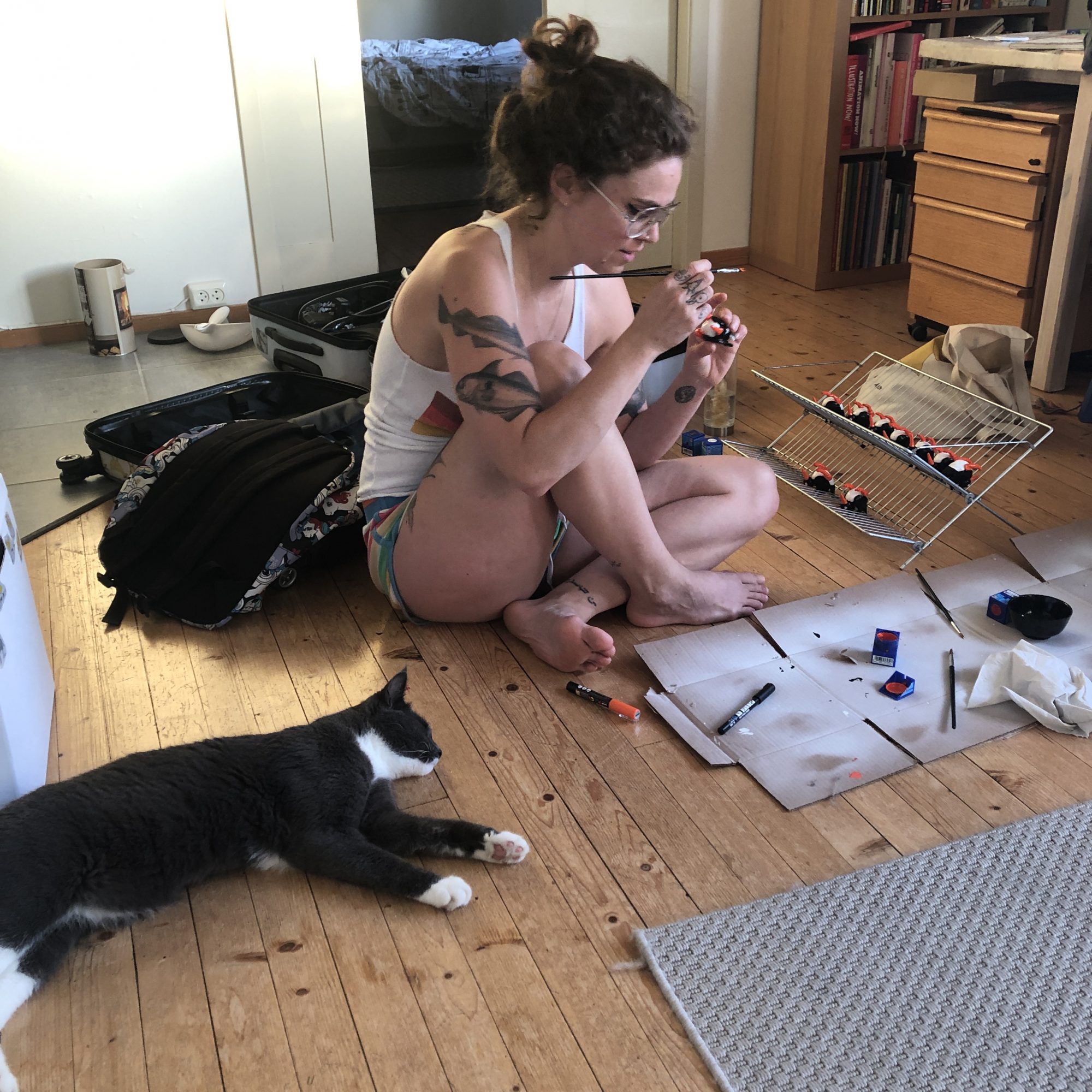 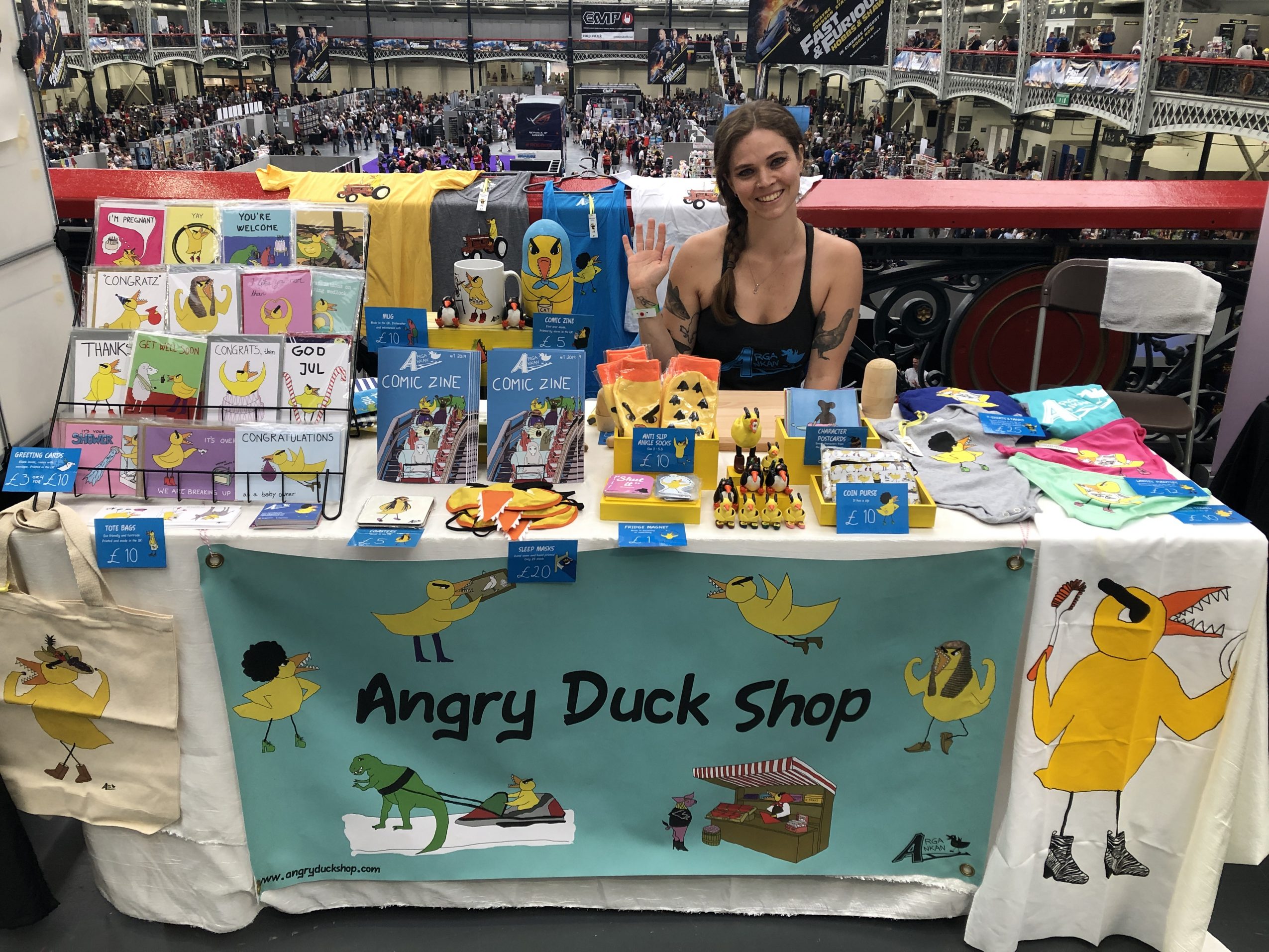 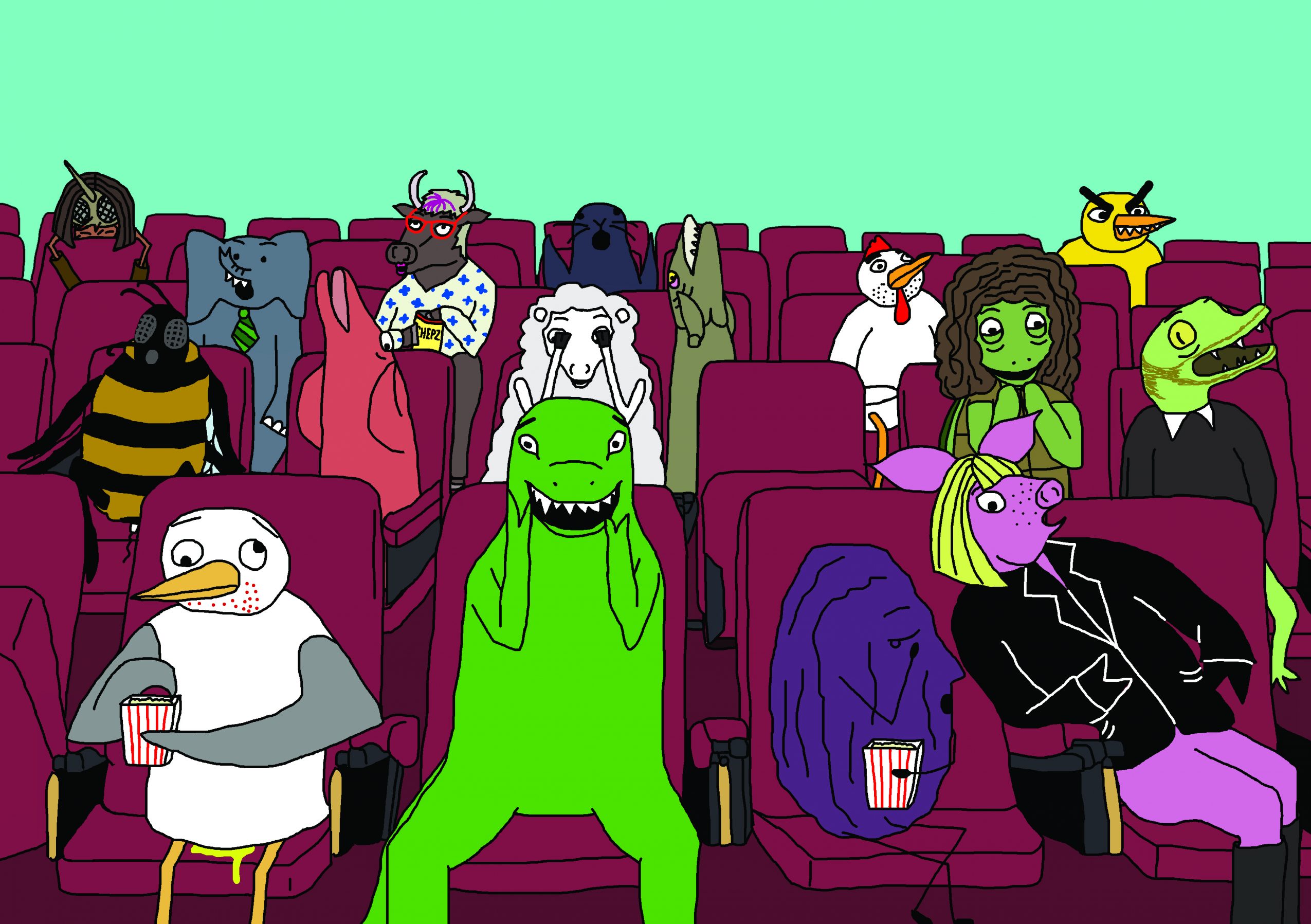 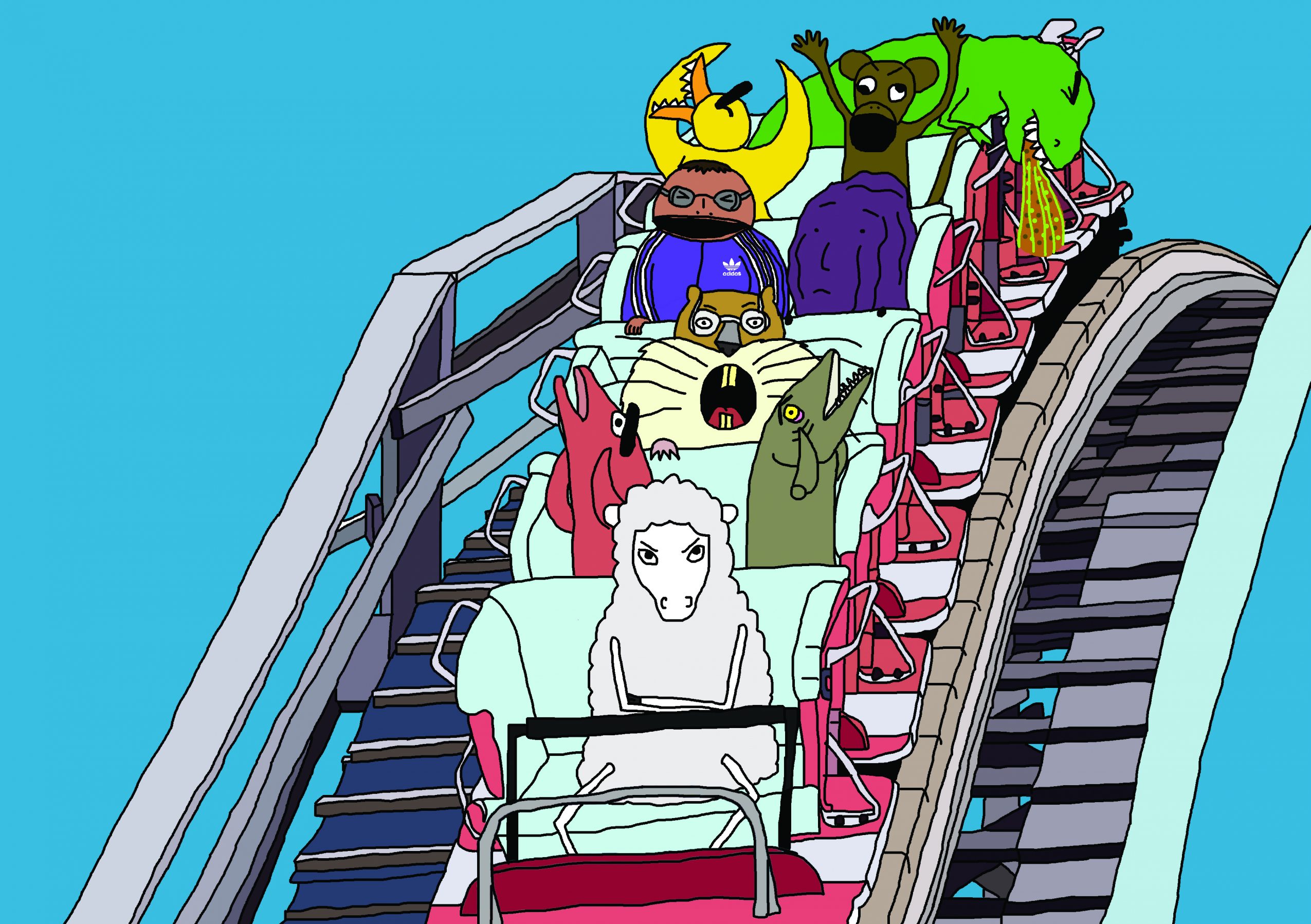 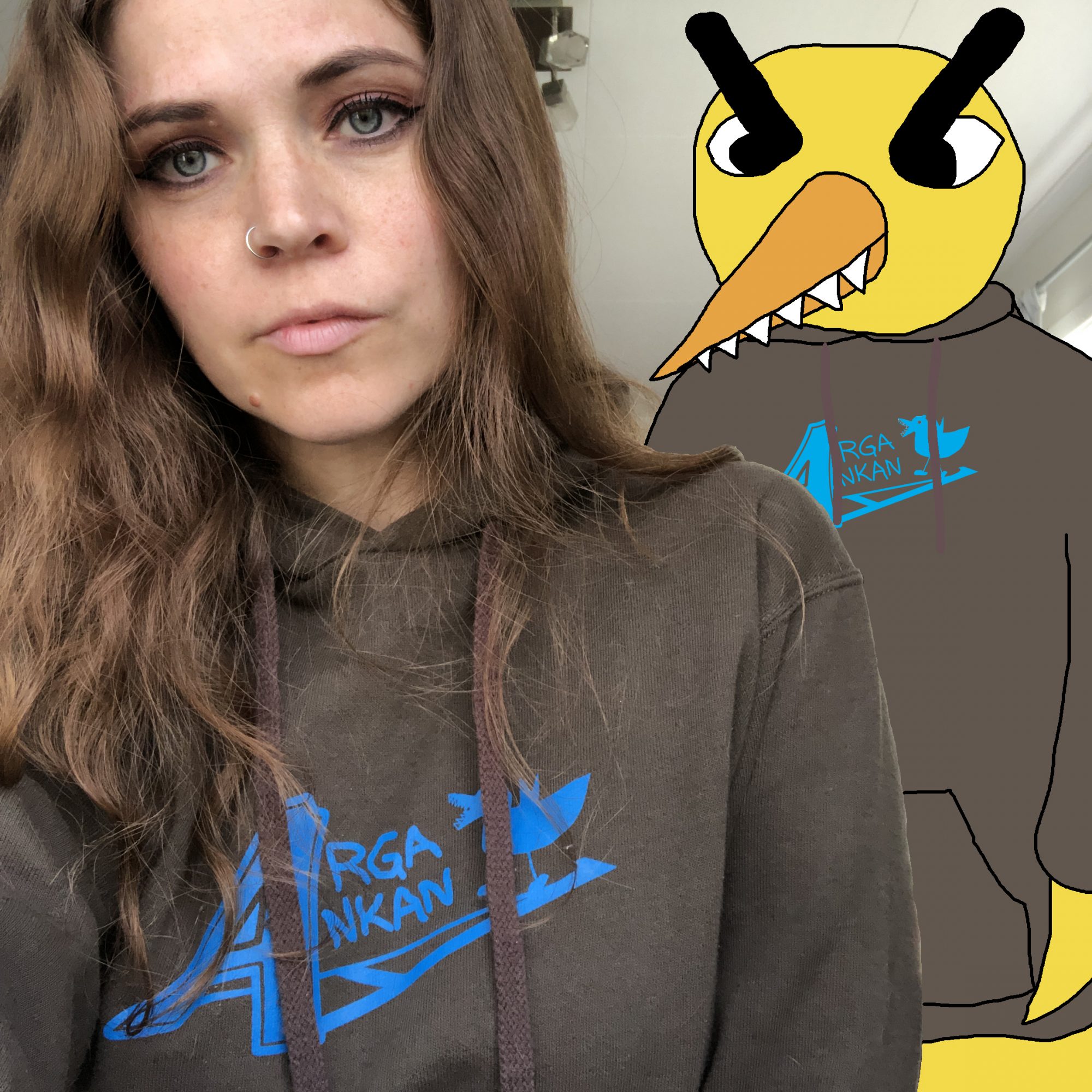