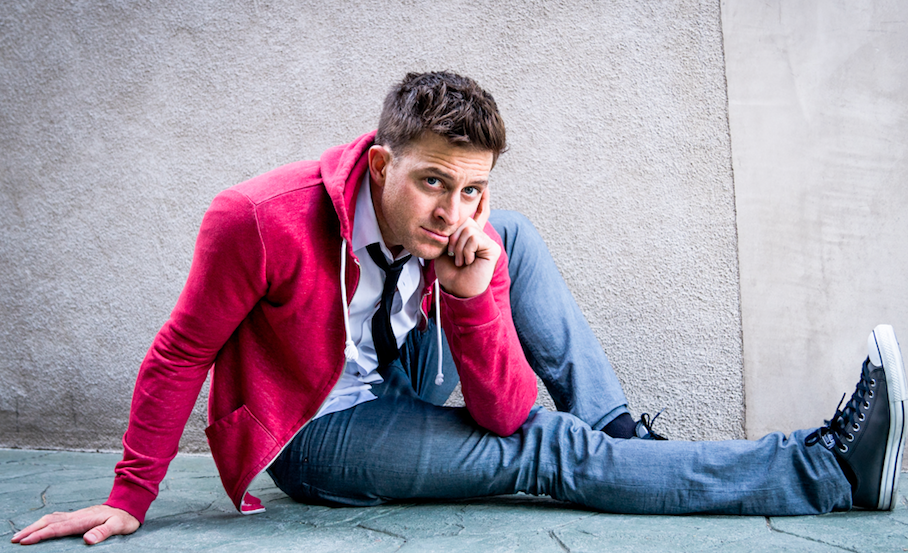 So, before we jump into specific questions about the business, why don’t you give us some details about you and your story.
Recently, I have been called the most famous half-Persian comedian in the world. Who am I to argue? Born and raised in Nevada, every hopeful comic has to eventually decide to move to L.A/ or New York to get to that next level. That decision was easy for me as I have always loved the West Coast.

I had never touched a comedy stage until I arrived in L.A. and had heard that many comics got their start at the ‘World Famous Comedy Store’. (Little did I know that was just a figure of speech.)

I waited on the sidelines to perform for two years until I could (literally) get my start at the ‘Comedy Store’.

My first show was a success. I was invited back, so naturally I told all my friends at work how funny I was. They all came for the second show which, I bombed MISERABLY. It was the worst feeling in the world, compounded by the fact that I would be facing this crowd on Monday morning onward. It was at that point I made the decision to quit comedy.

Two years after that, it didn’t sit well with me. I decided if this was something I wanted to do, giving it two chances was hardly enough. I bought a fancy comedy website, purchased expensive business cards, and basically financially forced myself to stick with it for once.

Fast forward 10 years later and I’ve been on NBC’s Last Comic Standing, MTV’s Disaster Date, FOX, gave a TED Talk that went viral. All of this while posting clips across social media.

My online views now eclipse any exposure I’ve received on TV to date. The best part for comedians, we are in the driver seat with these new media platforms. While the higher-ups are busy playing hanky-panky on the casting couch, we can take our material straight to the people.

In the past 3 years, this has led to sold out shows and a consistently growing audience around the nation, Canada, and now getting requests overseas. I get paid to travel the world and make people laugh. Never quit after trying something two times.

We’re always bombarded by how great it is to pursue your passion, etc – but we’ve spoken with enough people to know that it’s not always easy. Overall, would you say things have been easy for you?
The road is never smooth. Think about inviting a friend to a party across town. In LA people don’t even like to lose their parking spot. Let alone hoof it to the airport at 4am to get on a 6am flight, land in NY and perform two hours later upon arrival.

On the road, you can plan on losing something each time you leave home. Just mentally prepare yourself to lose one item. Now hopefully it is a toothbrush or your favorite t-shirt. Sometimes it is your laptop, and everything in between.

The other side is, how do you maintain great relationships with people if you miss every birthday, wedding, anniversary, and funeral. You become alienated even though you try your best to maintain a healthy balance.

So then, why do you do this you ask? Because the benefits of comedy must obviously outweigh these negatives. Or we are gluttons for punishment. (A little secret… it’s a blend of both.)

At the end of the day, we make friendships in almost every city in the country. We get paid to travel and see the world. And there is no bigger rush than thinking something in your head earlier that day and getting an applause break in a sold-out theater for the observation later that night.

We’d love to hear more about your business.
I am known for making fun of my Persian side but from and American point of view. Therefore, if you take a look at my comedy clips online, I have several dozen where I am exposing the funny parts of the two cultures and how they intersect.

L.A. is a very diverse place. On any given night in the crowd will be middle eastern people, black, Asian, and Latino. The goal is to make the joke so funny and relatable that it doesn’t really matter which background they are… they are still laughing just as hard at the joke.

This is something few comics can do, but the ones who do it well are rewarded handsomely for it. Once these jokes are tried and tested at the local spots, you then take your show on the road. The fans say, “Wow, everything you say is spot-on and so funny.” What they don’t realize is how much tweaking went into getting each story just right.

The next thing that sets me apart is, at the end of the day, you can’t do middle eastern jokes at the Chuckle Hut in Tennessee, or the Comedy Cave in Northern Nebraska. So I spent a lot of extra time working on one hour of mainstream material that allows me to work either clean or dirty in any town. This would be what sets me apart from 99.9% of the comics. I am proud that I have developed multiple gears and can do a Cancer Support Center for the elderly on a Wed night, perform for the troops at the Naval base on Thursday, and headline a University gig by Friday night before performing at a wedding on Saturday.

What were you like growing up?
I just realized I have not changed much at all from growing up until now. Sarcasm, haircut, fitness, diet, work ethic. sadly, NOTHING HAS CHANGED… By this point you’d think I would have evolved a little…

I just have more freedom now that Mom and Dad don’t give me a curfew. Although sometimes I look at the clock and say, “Why am I still awake at 4:30am.” Perhaps I should move back home and get back to a better routine.