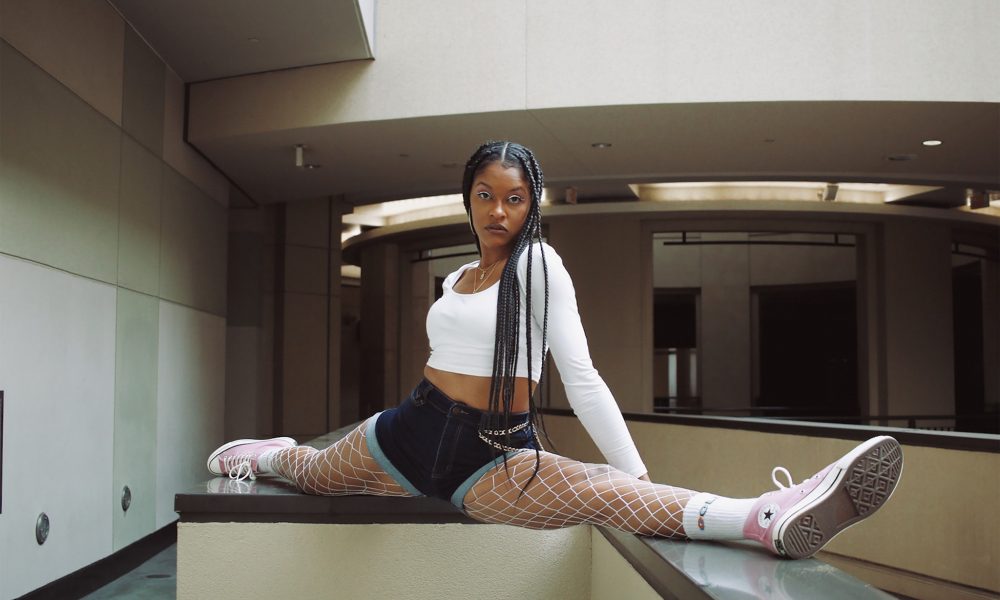 Today we’d like to introduce you to K DaCosta.

Hi K, so excited to have you with us today. What can you tell us about your story?
I’ve been creating for as long as I can remember. As a kid, I would draw, write songs, sew, design clothes, crochet, dance, act and play sports. I really wanted to be a Disney kid and Ms. Belize, like in the Ms. Universe or Ms. World pageant, but I never got into pageants. I spent most of my childhood in Belize, Central America, so while I had many opportunities to be in school plays, academic competitions, carnivals and other school performances, there was no real chance of me being on Disney. Still, I didn’t let that discourage me. When I officially moved to the states in the 9th grade, I was so excited to be taking a real dance class. I studied basic ballet, hip hop, jazz and modern techniques. I tried out for the dance team that year and became a Revellier, that was the name of our high school dance/drill team. I loved performing at pep rallies & half time at football games. I became one of the captains of our team my senior year, dance camp was the absolute best!

After high school, I eventually started modeling and making music with two other female rappers. We use to sit in the garage freestyling and someone heard us and put us in the studio. We all had different paths, so our rap trio didn’t last but I kept going with it and started learning the back end of music. Like how to record myself and basic engineering from a friend who thought I would be a great singer even though he never heard me sing. He said he could tell by the way my voice fluctuates when I talk. We never got around to me singing because I moved to Los Angeles, almost by accident. Except I don’t believe in coincidence or accidents, everything has a purpose. I took dance classes at a community college and met some people who encouraged me to join a flash mob. Turns out it was for a show called flash mob on Fox. Seeing myself on national TV for the first time was pretty exhilarating. I started doing music videos and continued modeling until things kind of took a dark turn and I quit modeling and dancing. Through experience, I learned how dangerous the industry can be and how people prey on naive individuals. So, following a suggestion from a friend, I enrolled in art school and studied digital photography. Not only did I fall in love with photography but being able to paint and create art on a daily basis was everything for me. I became a personal photographer for a rapper and that interaction opened so many doors for me as a creative. I even got to be on one of his songs.

As a result, that was the first time I got to be on the radio. Shortly after, I became a mom, twice, and I kind of laid low for a while. As they got older, I eventually got back into photography and I took my camera everywhere. Once again, photography got me in the right rooms and I ended up doing vocals for a song that was aired on MTV. Life has kind of been all over the place but here I am now, in Long Beach. I’ve published two magazines of my photos and a poetry book. I’m actually working on two books now. While “12” my first book of poems is now out of circulation, I’m releasing a second edition in the coming months with all the poems from the first book with some new additions. I’ve been in music videos, commercials and, as of last year, I’m on Netflix, Hulu, CBS and YouTube premium. I got to do some acting last year and it was so cool to see myself on SpongeBob, Star Trek: Picard, Black AF and The Neighborhood. I literally got to work side by side with actors I’ve been watching since I was a kid! I spent my time in quarantine posting my hikes on YouTube and exploring art and photography in the absence of people. I’ve been posting my art around the city and surrounding areas via posters and stickers. I had my first photographic gallery showing in Leimert Park a couple of years back and I’m putting together another show now. I’ve also been blessed to connect and work on YouTube sketches with another creative.

I honestly believe the universe conspires to give us what we want. I’m very intentional about creating and distributing my art. I know that one of my issues in the past was quitting on myself and deleting my socials. It’s self-sabotage really, how do you build a following if you’re always jumping ship? Thankfully, the universe sent me someone this year to remind me to never give up. They came around at a time when I thought I was done with art, even though I know I’m never done with being an artist. It’s who I am. As a result of our relationship, I have removed the term “I give up” from my vocabulary. I would joke and say I’ll be like Morgan Freeman and blow up when I get older. But I don’t believe that anymore. Creating is a need for me. I do it because I love it but also because art is how I make sense of the world. I’m a renaissance woman. I act, write, make art in different mediums, dance and by trade I’m an early childhood educator. My ultimate goal is to offer the youth in low income communities the tools and skills to build and even monetize their talents if they so choose.

As a high school student in Houston, Texas, my plan was to go to USC and study dance. My family told me dance is not a real job and I should study marine biology because I like animals and the ocean. Since I do love animals, water and nature in general, I took their advice. Only to realize years later that being an artist is the only thing I want to do for a living. As a child, just like now, art was my escape, it’s my coping mechanism and a big part of my identity. I want to share that with children who may not have the ability to create otherwise. The children like me, who need someone to say it’s okay to want to make art. The world needs art and artists. Not only do I want to share my own art with the world but I’m going to share this form of therapy with the children who need it. Because in reality, I’m 100 percent sure art has saved my life more than once. There is no separation between me and my art and I’m so grateful that, through creating, I get to share my myself, my love and my light with the world.

I’m sure you wouldn’t say it’s been obstacle free, but so far would you say the journey have been a fairly smooth road?
I struggled with consistency. I think it’s something a lot of people go through. Nipsey Hussle said (and I’m paraphrasing) that in pursuing his dreams and goals he went through every emotion and what separates those who are really going to go for theirs is they won’t give up. I learned that lesson last year but I didn’t fully apply it until this year. It gets challenging for me as mom, as an artist in a family of people who don’t necessarily see making art as an occupation and just as someone without a large following. Sometimes it gets difficult to believe in yourself when art isn’t paying the bills or no one seems to notice your work. But the universe keeps reminding me to just keep going. My gran always says, “Do the ordinary and God will do the extraordinary.” I’ve come to interpret that phrase as: do your part and the universe will move things in your favor.

Appreciate you sharing that. What else should we know about what you do?
I used to think people who are good at one thing were better off because they could focus their efforts in one place and thus, have opportunity for a more impactful outcome. Whereas I have always wanted to do everything. I am an actress, photographer, writer, dancer, artist and poet. I make music, curate, I’m great at giving creative direction and I want to design and make clothes, instrumentals, DJ and make films. I thought that by dividing my efforts into so many places, I wasn’t really solidifying my title. Until I realized that since I don’t have a team, I actually have to be all those things. I can put a show together, make the content and the fliers, design merch and anything else that’s required. If I don’t know how to do something, I learn. One of my friends told me they’ve never seen me be bad at anything. I don’t know if that’s true but I’m married to embodying my full potential as a creative. Even though I’ve been at it my whole life, I feel like I’m just getting started.

What makes you happy?
There are many things that make me happy. My sons, for one, make me the happiest. Being a mom isn’t easy but it’s the most fulfilling thing I could have done with my life. I’ve come to appreciate my tribe, the people I choose to share my life with, because I know having everything I want in life loses value if I don’t have anyone to share it with. Being a creative obviously brings me complete joy. I get lost when I’m creating, time literally flies by and I know it’s because this is what I’m meant to do with my life. Nature is literally life. I love the sky, the moon, bodies of water and flowers. I grew up in the Caribbean where everything is green. I love going on hikes, to the beach and just being outside really. Hammocks make me so happy!! So does music, museums, good food, dancing and books, I love to read. All these bring me peace and I know there can be no happiness without peace they go hand in hand. 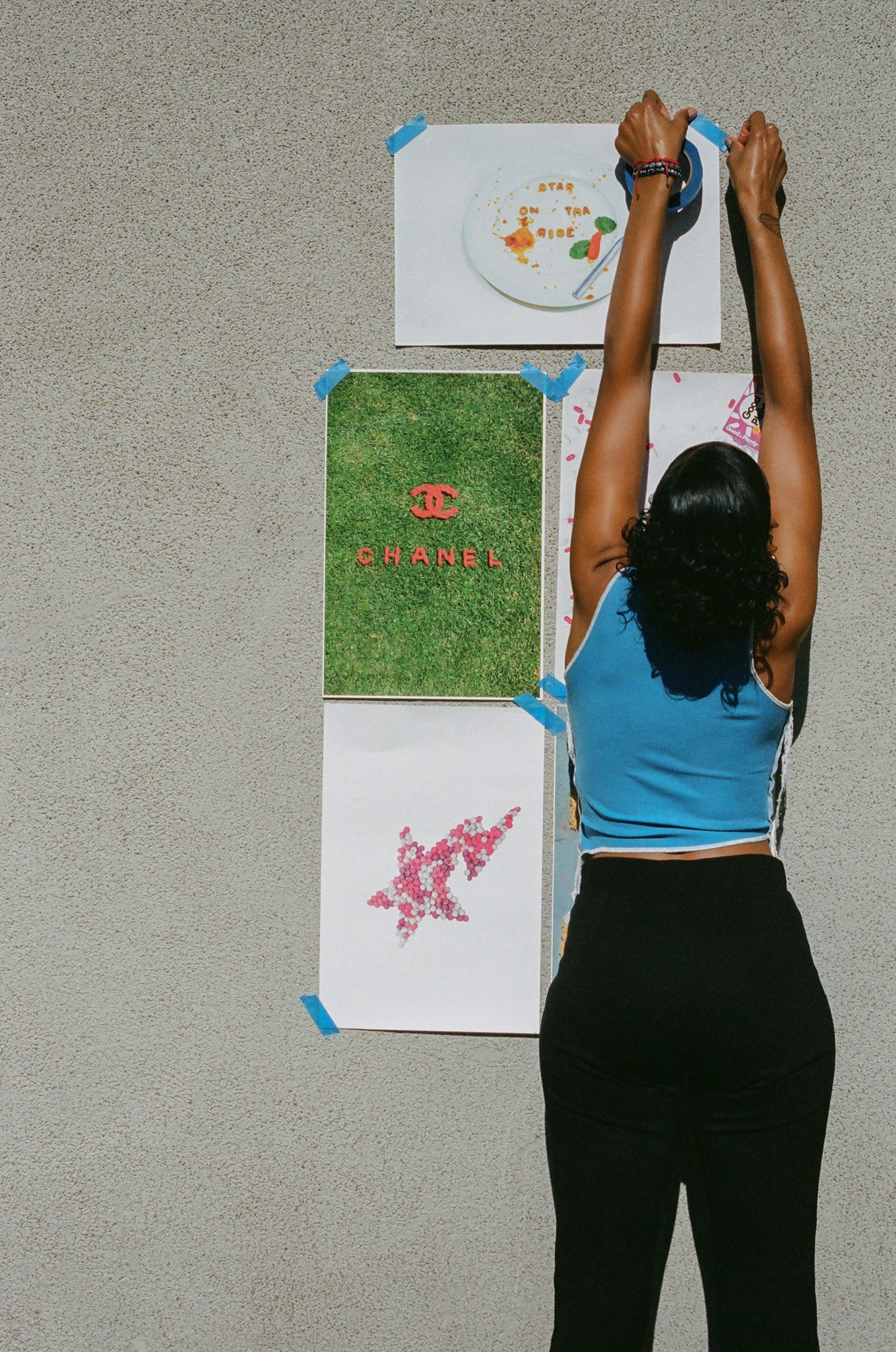 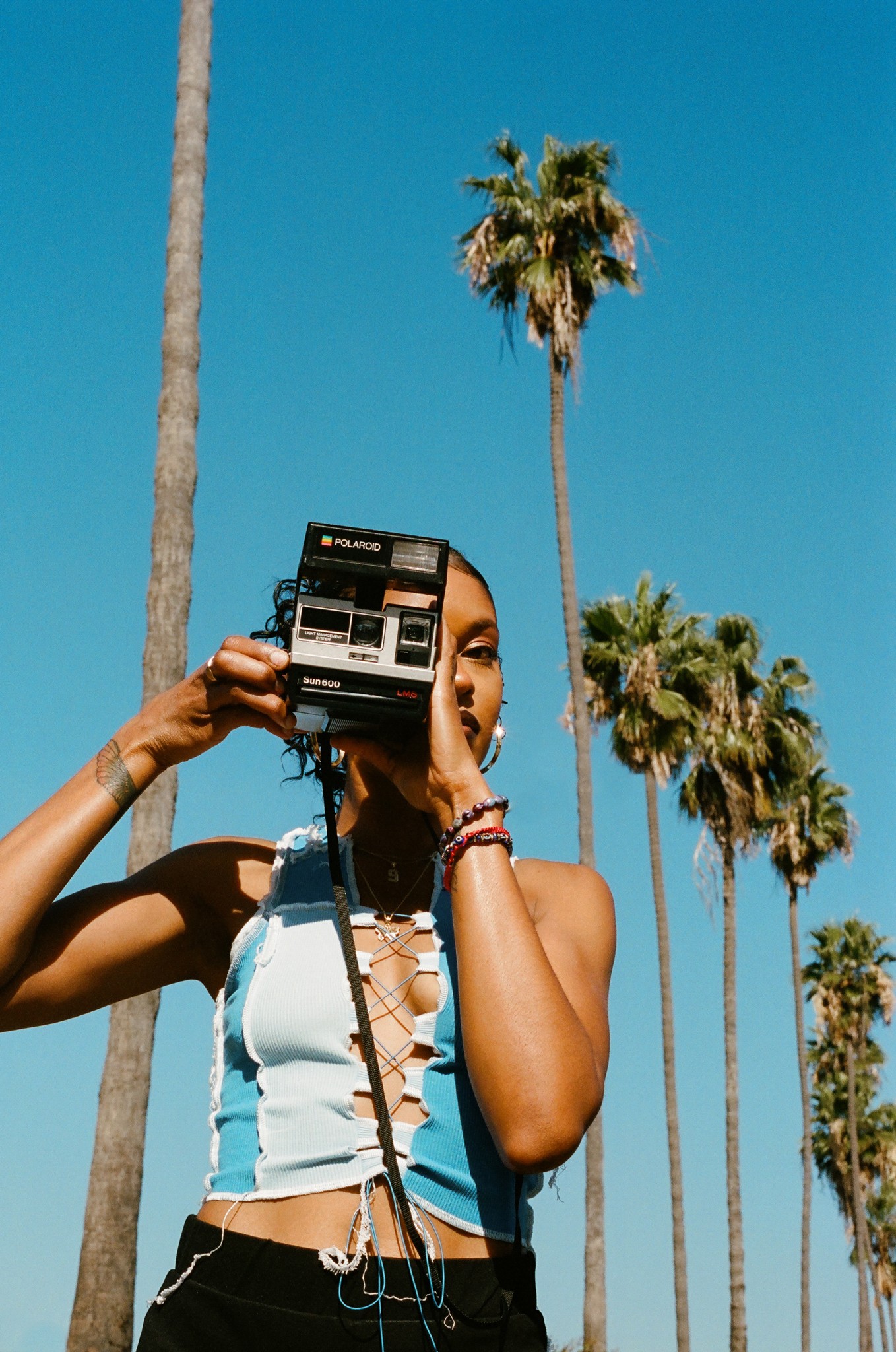 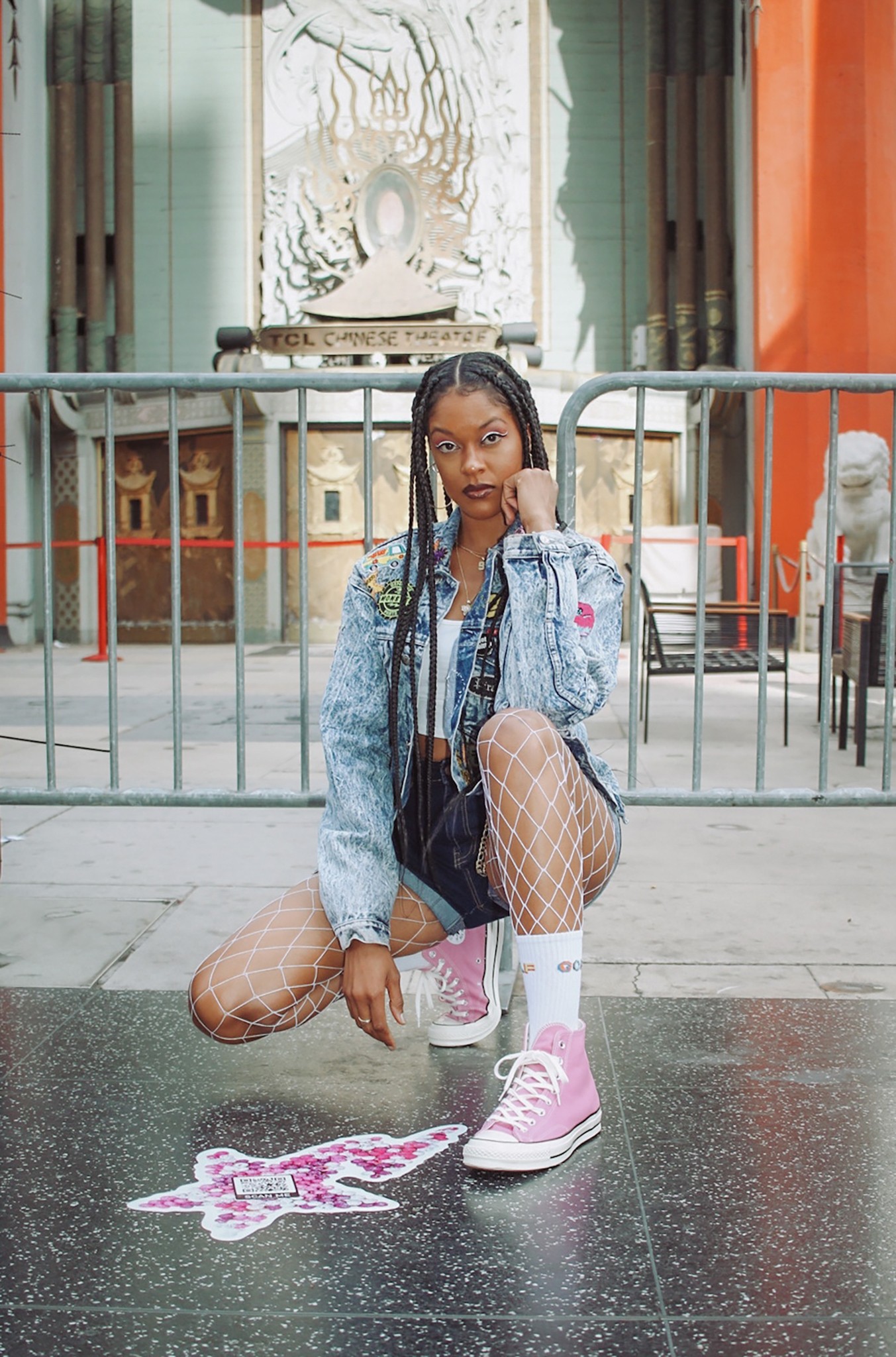 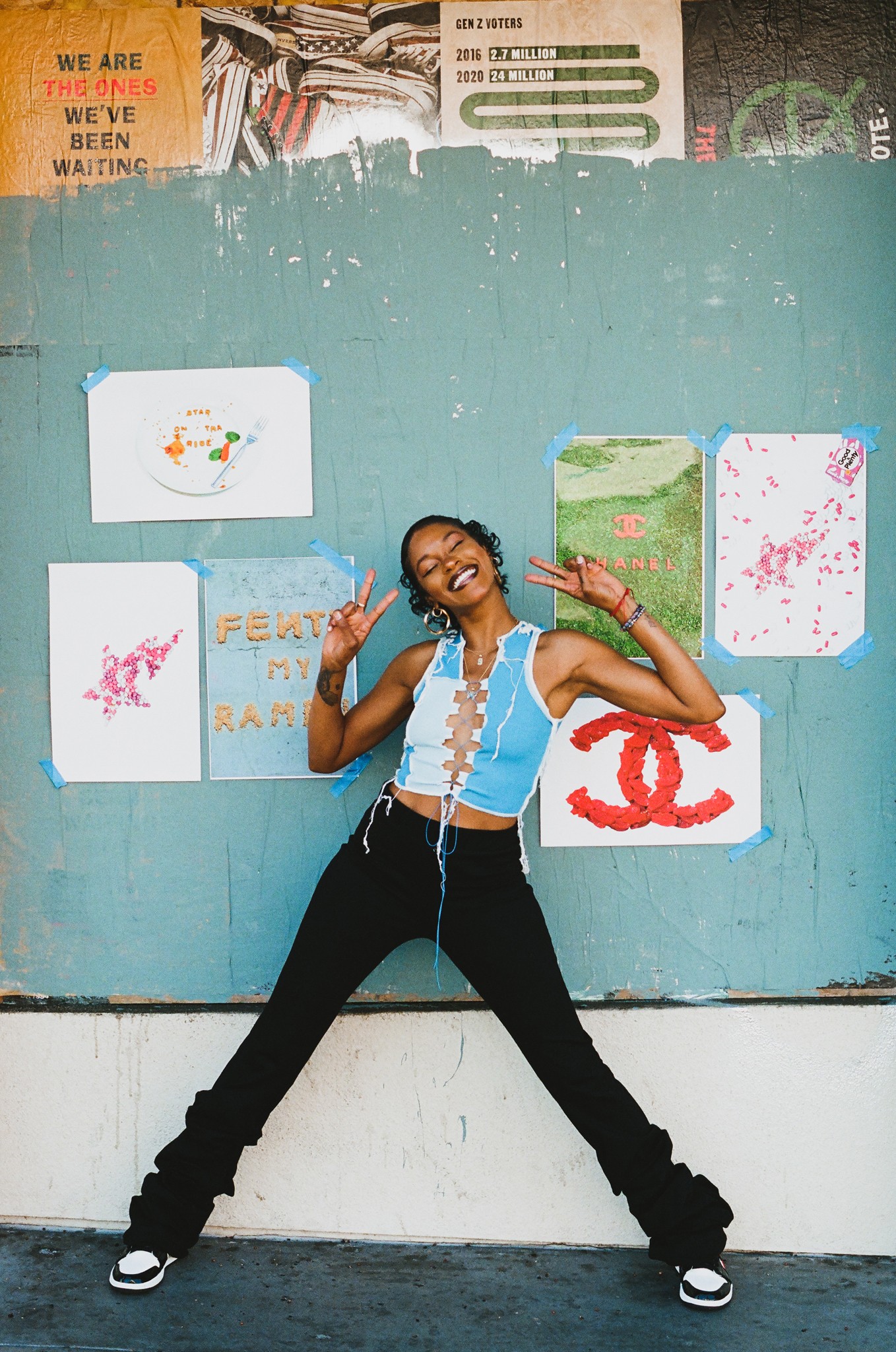 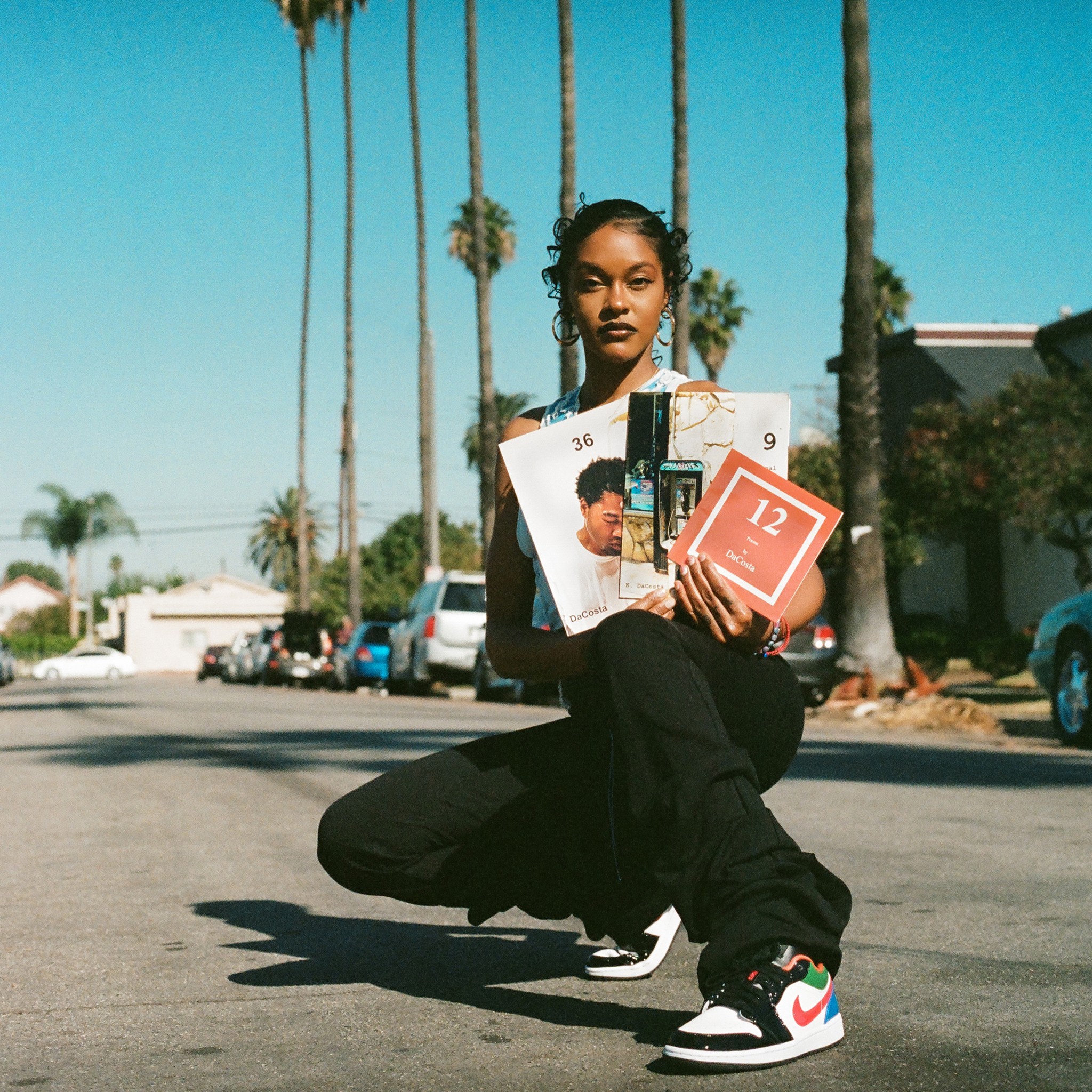 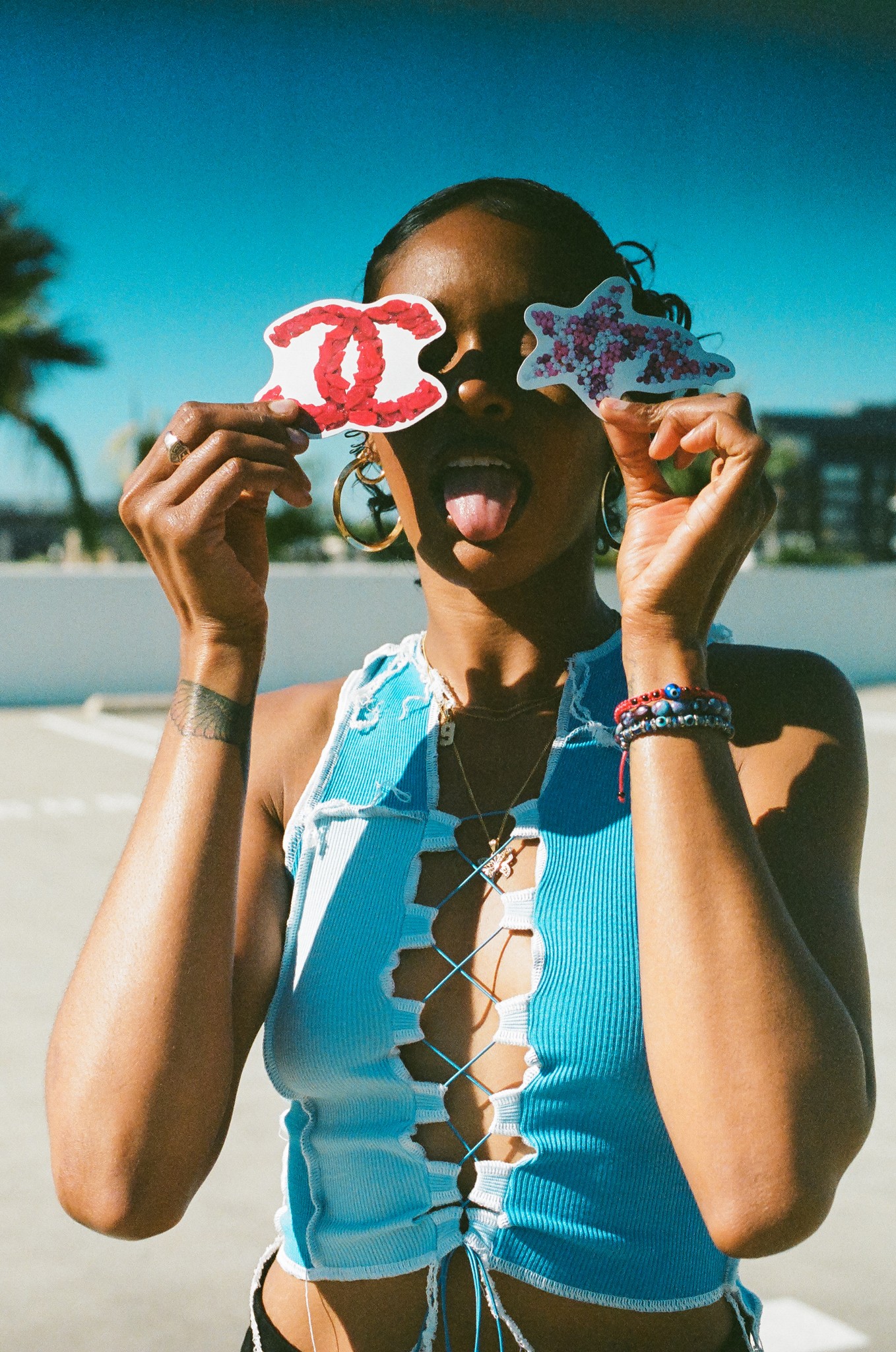