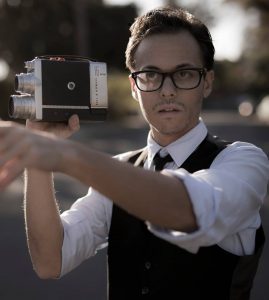 Today we’d like to introduce you to K.C. Fitzgerald.

K.C., please share your story with us. How did you get to where you are today?
Let me take you back to when I was five years old, to one of my earliest memories. I was at my aunt and uncle’s house in Orange County for some holiday – Thanksgiving, maybe Christmas. The adults are all doing dishes and the kids are crammed around this crappy little TV – one of those fat old analog TVs that had a VCR. And someone puts a movie on.

I remember the movie coming on, and the opening credits and music and this incredible feeling of wonder coming over me. And I remember thinking, at that moment – wow…wouldn’t it be cool if I made something like that?

The movie was George Lucas’s original Star Wars, and it changed my life. I spent my childhood growing up in the safe but uneventful suburb of Simi Valley, just north of LA. I didn’t know I was an artist back then. I just did what most kids did – played games, daydreamed, told stories about faraway lands and interesting characters. In fact, the idea of turning my wild imagination and crazy stories into something more than mere childhood fantasies never occurred to me.

Then I saw Martin Scorcese’s “Taxi Driver” when I was in high school. It was beautiful and intense and made me feel things I didn’t know I was capable of feeling. And I had a rare moment of epiphany. It finally dawned on me that for all my life I had been seeing images in my head, stories that played out from beginning to end perfectly. And I realized the only way to tell these stories was to become a writer/director.

Fast forward a decade later, and I’m still trying to get those images out of my head. I’ve had some minor success so far – I’ve written and directed half a dozen short films, including my latest short “Shells,” published a debut novel, “The Lines of Union” and recently wrote an un-produced streaming series for indie distribution company A24. Not bad for a whole decade.

But still, making a living as an artist in Los Angeles is no easy task. Getting a film made is truly one of the hardest things you can do, but I haven’t given up yet. It’s been a difficult and often heart-breaking journey. I’ve endured countless personal struggles trying to succeed as a filmmaker, had my ideas torn down, gotten discouraged, wanted to quit many, many times. I’ve struggled with substance abuse, depression, and self-doubt. But despite all of this, I never gave up. Because if what I see in my head could change the life of some kid, watching on his aunt and uncle’s old iPhone twenty years from now…then the struggle is worth it.

Has it been a smooth road?
No path to becoming a successful artist is without a few bumps. In fact, bumps is the wrong word. More like potholes. Or bottomless pits where the only bridge is a rope ladder that’s surrounded by flame-throwing evil robots. So yeah, it’s been fun! But that’s the life of any artist. I’m not going to go on and on about how hard it’s been for me, because I’m sure there’s a dozen other people out there who have it harder. I’ve been through plenty of struggles – some unique to me and some that all artists face. For me, figuring out and accepting who I really was as a person was perhaps my biggest challenge. I’ve always known what I wanted to do with my life, but actually figuring out how to do it and who I needed to become in order to do it…that wasn’t easy.

So let’s switch gears a bit and go into the C4 Entertainment story. Tell us more about the business.
C4 Entertainment is my production company, but it’s a big sort of blanket business for all my artistic endeavors. I also have C4 Films, C4 Books, and C4 Music, which are all their own businesses owned by C4 Entertainment. Since I’ve got multiple talents in very different artistic fields, I decided splitting up the business into three different divisions was the easiest way to brand each aspect of my creativity. So all my films are produced under C4 Films, all my novels are published under C4 Books, etc, etc. The coolest thing is that no matter how my projects get financed, I still get to put my company name on everything I create. I’m not a fan of selling my ideas to other people. I truly believe that independent filmmaking and artistry works best if it’s actually independent and artist-owned. One of the biggest problems in my industry is that so many artists sold out ownership of their companies to big conglomerates. Most film production companies in Hollywood are owned by multi-national corporations that care more about their bottom line than the quality of the films they finance. I don’t ever want to do that. No artist should have to give up final cut or creative control on their film.

How do you think the industry will change over the next decade?
It’s a huge toss-up, but I definitely see the industry moving back towards the direction it went in the late 1960s and early 1970s, and then again briefly in the 90s. I think we’re seeing the final stages of what started in the 80s with the tentpole blockbuster. The industry is relying heavily on the “established IP event film” (like Avengers, or Star Wars) and the whole idea of creating “worlds” that can be exploited for endless story material (*cough* Marvel *cough*) rather than making anything original. But that model, which was very successful in the post Lord of the Rings world, is starting to break apart. Streaming networks broke the model, and have become, I think, the “New Studio System” that is challenging the old one.

Indeed, you see the streaming market diversifying and the studio system monopolizing – companies like Disney are folding the old studios together, while new streaming networks are popping up via younger companies like Amazon and Apple. I think the future is going to see these new studios taking more risks with new ideas and young filmmakers, and we’ll hopefully see a wave of New American cinema like we did in the 60s and 90s as more and more filmmakers gain access, take risks, and get backed financially for wild new ideas. Of course, a hundred years from now who knows how people will be watching or making cinema. My hope is for Star Trek holodecks, personally. 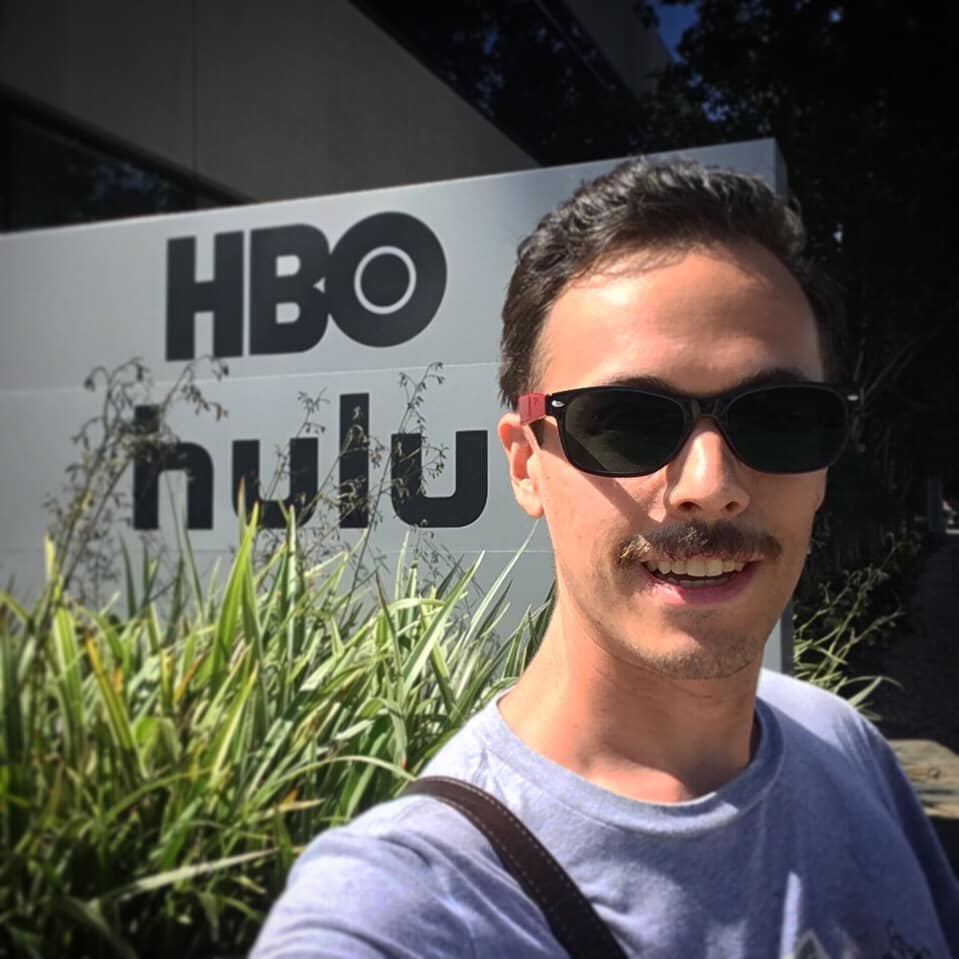 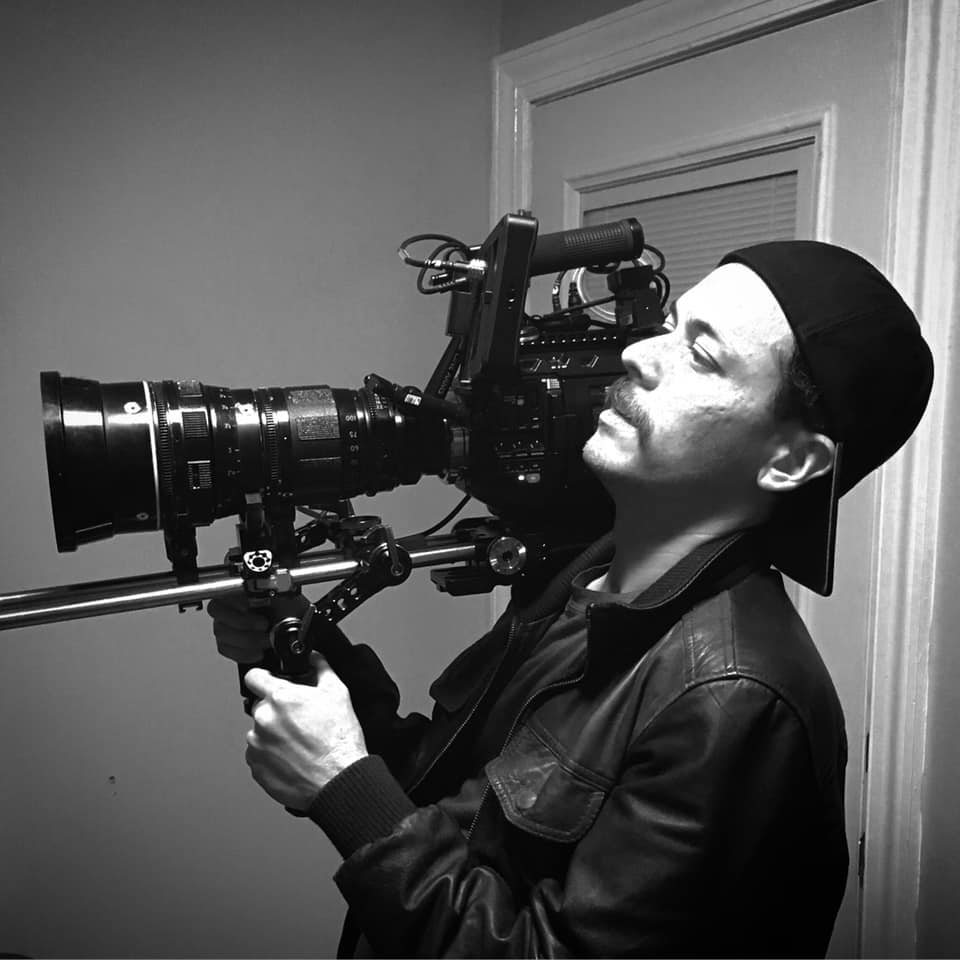 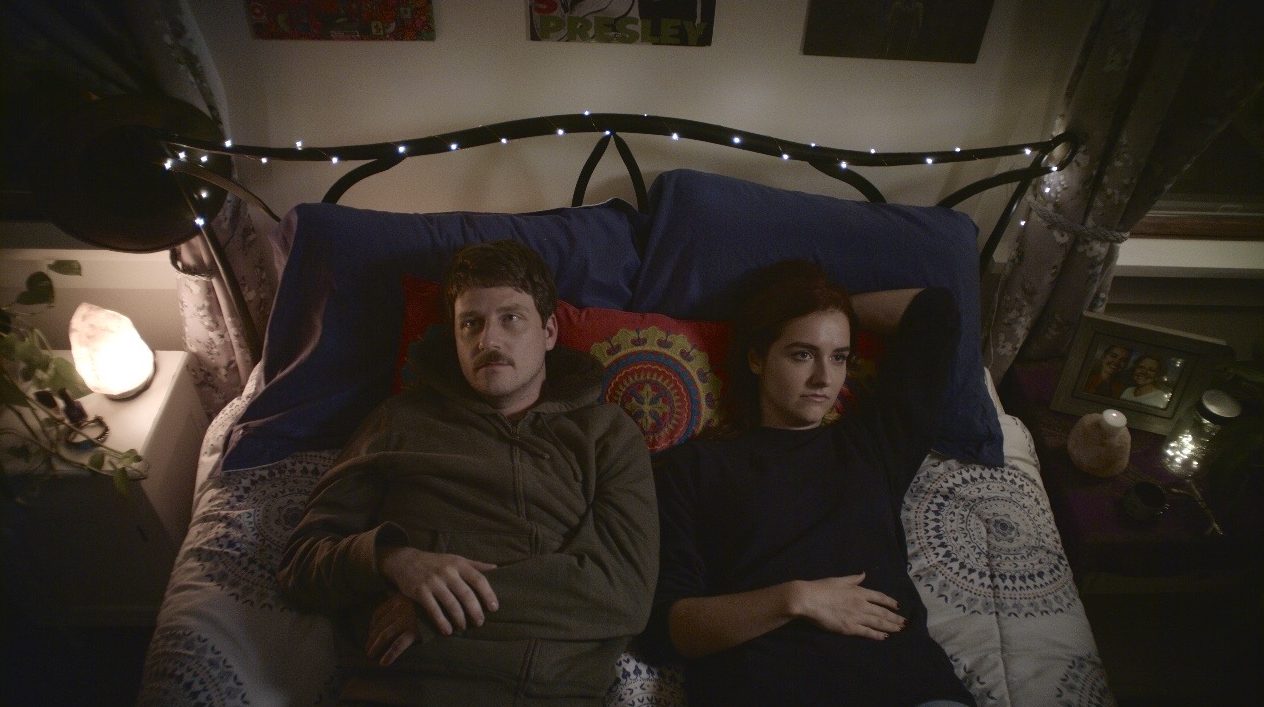 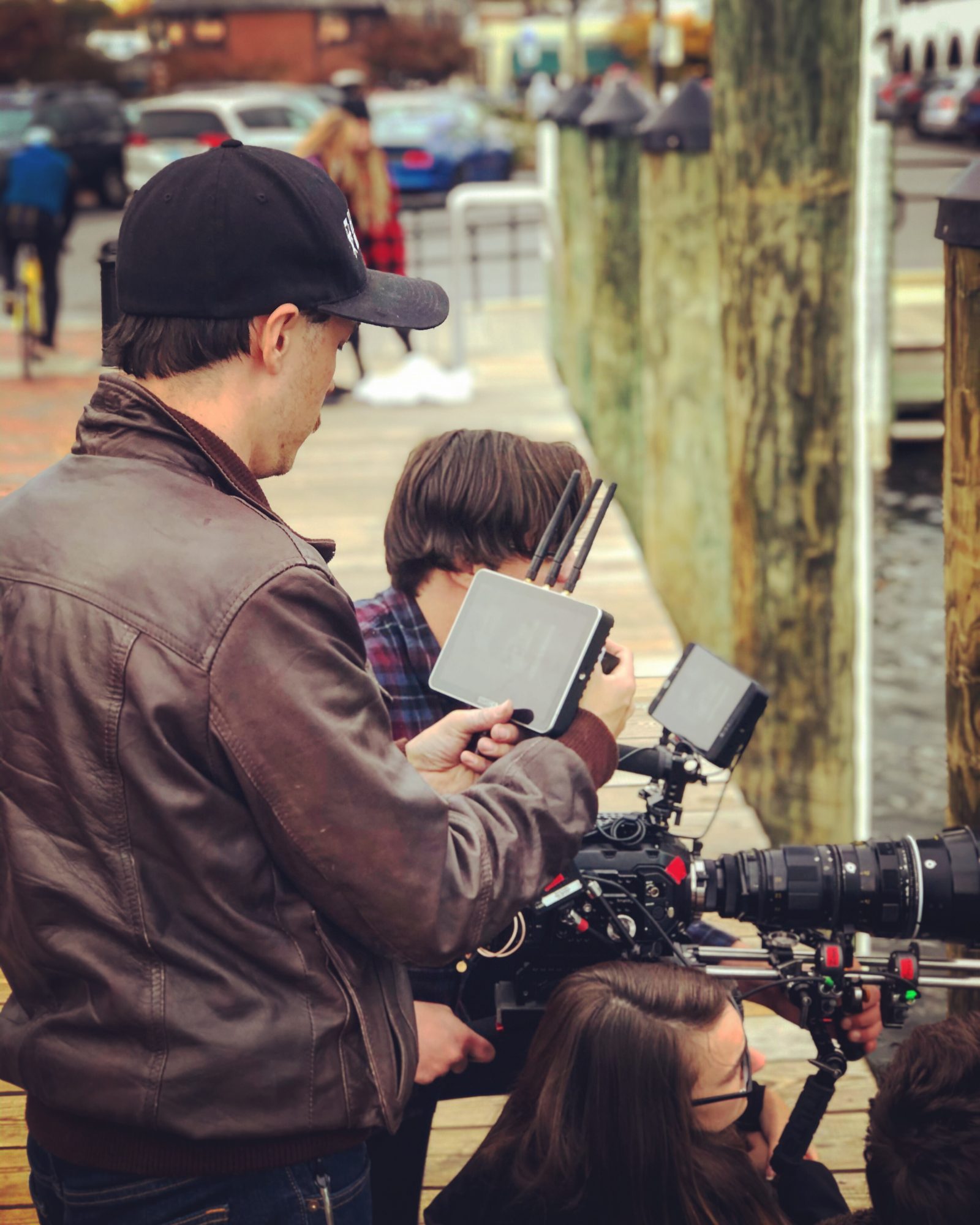 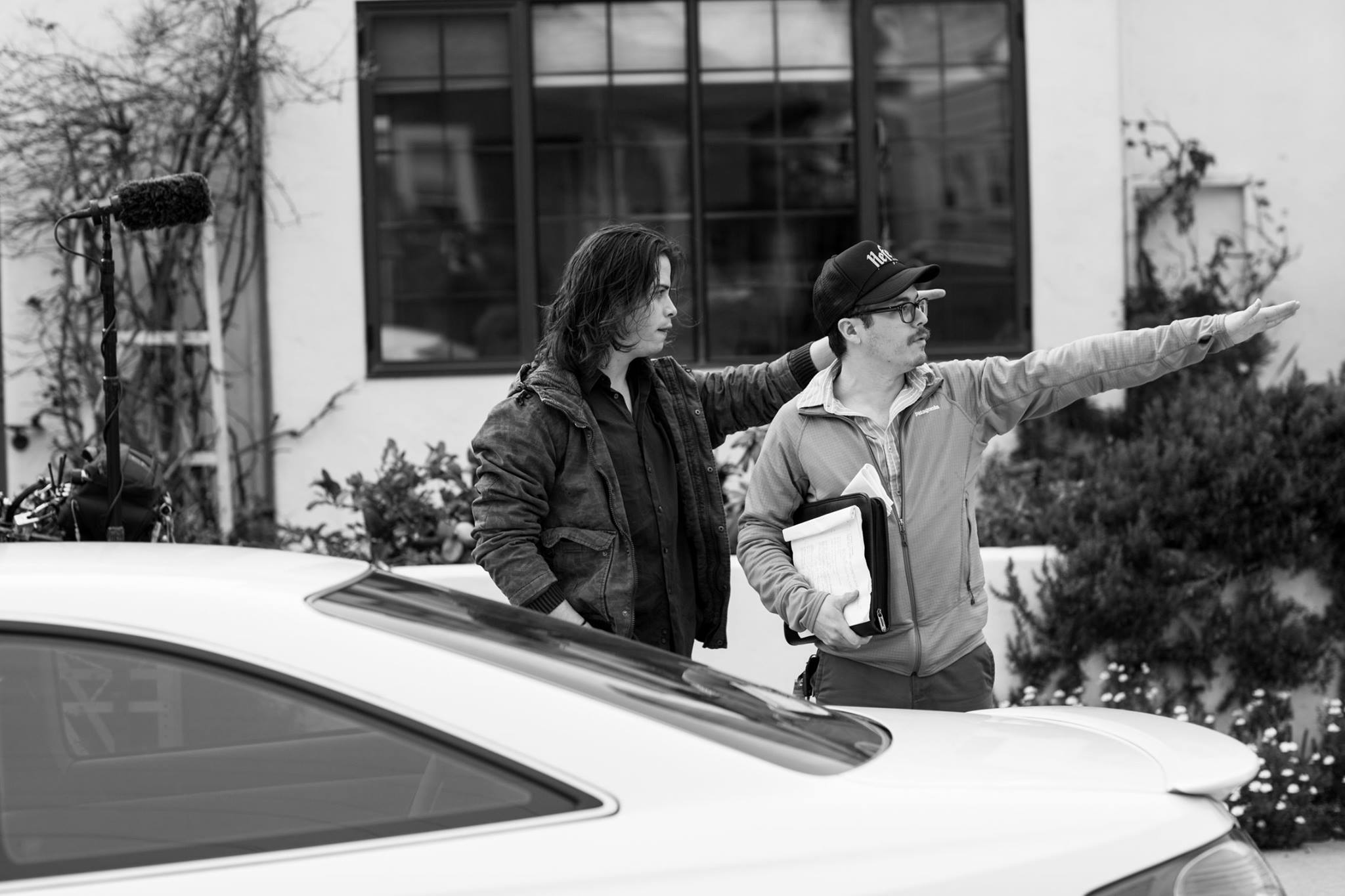 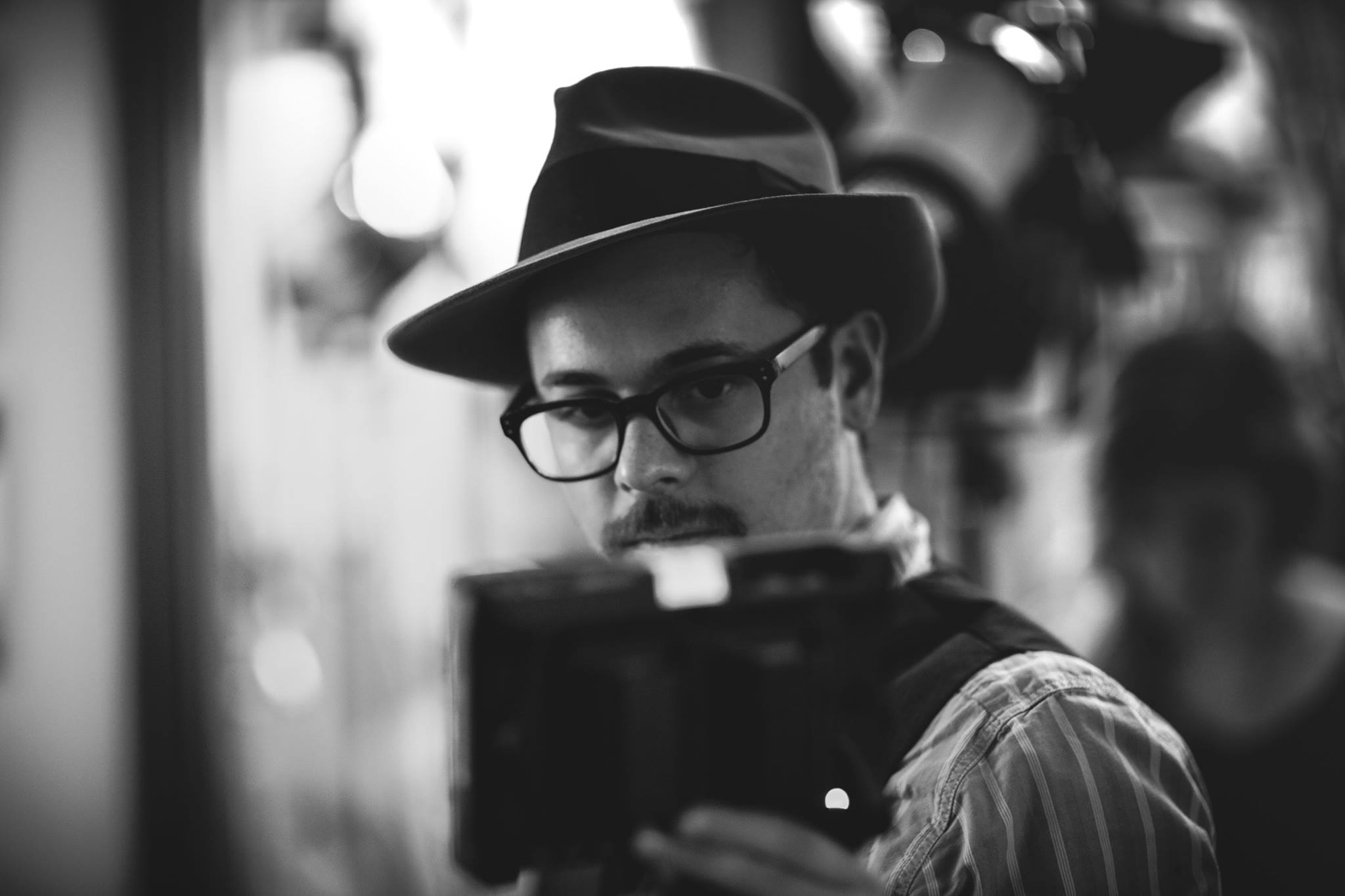