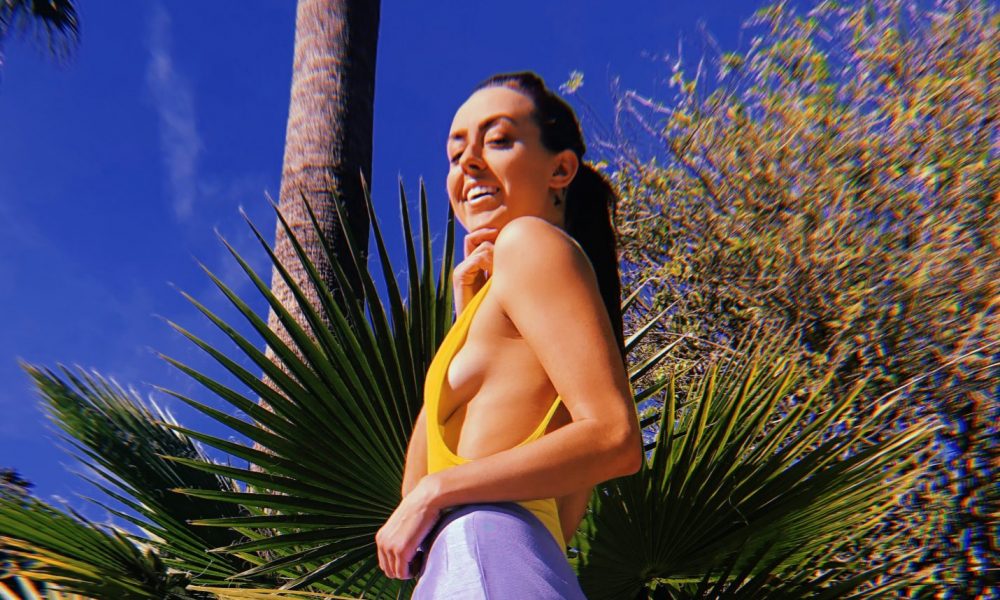 Today we’d like to introduce you to Justine Gera.

Justine, can you briefly walk us through your story – how you started and how you got to where you are today.
I was born in Vancouver, Canada. I started dancing at the age of 4 and have been working in professional shows since I was ten years old. I have trained throughout Canada, Los Angeles, and London, England with extensive training in jazz, hip hop, contemporary, tap, ballet, jazz-funk, musical theatre and various ballroom styles. Once I graduated from high school, I began working with Royal Caribbean International touring Europe, Asia, Australia, and New Zealand.

After working on cruise ships, I started focusing on building my resume in Vancouver. You can find me as a dancer in Disney Channel Original Movies ‘Freaky Friday’ & ‘Descendants 2’, the CW’s ‘Legend’s of Tomorrow,’ Netflix original series ‘No Tomorrow,’ and upcoming Freeform series ‘Motherland: Fort Salem.’ Other credits include being a principal dancer in the Vancouver 2010 Paralympic Opening Ceremony as well as a performer in the 2010 International Olympic Committee Gala, the New Balance Fashion Show 2016, Telus Canada, and working as a dancer with Canadian pop artist Victoria Duffield to highlight a few. One of my favourite and most memorable times performing was getting the opportunity to perform alongside Janet Jackson in her ‘Unbreakable World Tour’ in the iconic “Rhythm Nation.”

One of my professional dance goals was to obtain my 0-1 Visa to be able to work in America. As I started working on my case, I was offered to work as an Aqua Dancer on Royal Caribbean’s newest ship at the time, ‘Harmony of the Seas.’ Originally, I did not think I would go back to working on ships as it had been three years since, but I ended up accepting the contract as it was an awesome opportunity to learn a new skill (scuba diving), work in a state of the art and technologically advanced show, as well as saving money to put towards my visa and to have financial backing for when I eventually made the move to LA… and this is exactly what I did! The show onboard was one of the most physically demanding shows I have ever been apart of and it was necessary to be in top shape to perform the show with 110%. It was a rewarding experience and it felt great to perform again.

Once my contract was complete, I immediately worked with my lawyer to get the ball rolling on my visa and soon after filing, I got my approval! As many Canadians know, it is quite challenging to obtain a work visa and it takes a lot of hard work and dedication. I was so inspired by a lot of the Canadian dancers that did it before me and I respected them even more during my process. I had felt such a strong feeling of accomplishment when it came back approved.

I moved to LA in September 2018 and signed with Bloc Talent, a leading agency in the industry. Before the beginning of 2019, I was offered a position as assistant choreographer to Zachary Venegas for Royal Caribbean Productions. Talk about full circle moment! This would now put me on the production side of things and it was an extremely flattering opportunity after working on three contracts as a performer. I worked on a brand new show, “Showgirl,” on the newest ship in the fleet, ‘Spectrum of the Seas,’ with not to mention the largest cast ever for the company… 29 cast members. We also put up a smaller version of the show on the ‘Navigator of the Seas,’ which was completely re-done and now looks brand new. The Navigator now sails out of Miami to the Caribbean and Spectrum traveled from Europe through the Middle East, to now be set in Asia. Working with Zachary has been amazing and we have become incredible friends in the process. We continue to work together often.

Most recently I worked alongside choreographer Jillian Meyers assisting the Lindsey Stirling ‘Artemis’ Tour. Lindsey kicked off the tour in September and will be touring Europe all of Fall 2019.

I am now continuing to train and work throughout the United States and Canada! I feel incredibly lucky to be able to work in both places and feel incredibly grateful for the opportunity.

Obviously being Canadian and wanting to work in the United States is a challenge in itself. However, we are still fortunate enough to be able to have the opportunity to do it, it just takes a lot of hard work and perseverance, and not to mention.. self-motivation. I have an incredible support system within my family and friends which I am very thankful for. One thing I am very proud of though is the fact that I have done everything on my own and nothing has ever been handed to me. I have had plenty of regular jobs and juggled that with my dance life because it was necessary. Times have been tough financially, but I just always knew I had to work really hard to get the things I wanted/work towards my goals.

I have had personal struggles also just with family and life things as many do, but I was always grateful to have a passion and a drive so I never dwelled in anything.

We’d love to hear more about your work and what you are currently focused on. What else should we know?
I am self-employed woohooo! Hahaha.

So I guess I can say, my business is myself. I am a professional dancer and I would say I am known for hard work, as well as my personal style. I am most proud of my continued quality to stay motivated. You have to be in this industry if you want to work towards your goals and accomplish them. It does get hard when you are self-employed only because there are never any guarantees with work. It takes you and only you to stay positive and to keep yourself on the right track. Staying positive is one thing, but making positive choices is another. I think what sets me apart from others is my personal style. I have always been a person to wear what I want and not really care what others may think. I wouldn’t say I have one look either, I feel like I like to dabble in versatility and am inspired by many things to put together looks. I also enjoy helping others find there looks and styling my friends!

Fun fact:
One thing that I have done aside from dance is I have attended Fashion School! I graduated in February 2016 with a Fashion Business diploma from Blanche Macdonald Centre in Vancouver, BC. It was something I always wanted to do and a topic that I have forever been interested in. I graduated with a near perfect record. Back in Canada, I started working as a freelance fashion stylist collaborating with local photographers and that has been a fun thing to do and fuels another passion I have. Going back to school was hard only to balance everything else going on in my life, but what made it so worth it was the fact that I was so interested in it.

Let’s touch on your thoughts about our city – what do you like the most and least?
I like Studio City because:

1. Everything is so easily accessible, (i.e., dance studios, shops, hikes, etc.)
2. So far I feel like people are quite friendly
3. Perfect location from where I spend most of my time (it is very central)

LA in general:
1. Obviously, the weather is pretty great
2. MEXICAN FOOD & Trader Joes…
3. Diversity of people… I have met so many people and heard a lot of different stories, and not to mention most people are not originally from Los Angeles
4. The absolutely gorgeous sunsets

What I like least is how angry people are while driving, not going to lie that I have also turned this way after living here for almost a year haha. I do miss Vancouver at times… I miss the mountains, the air, and the people. But I love that LA is so close to where I grew up! A flight is not far and I am thankful for that. 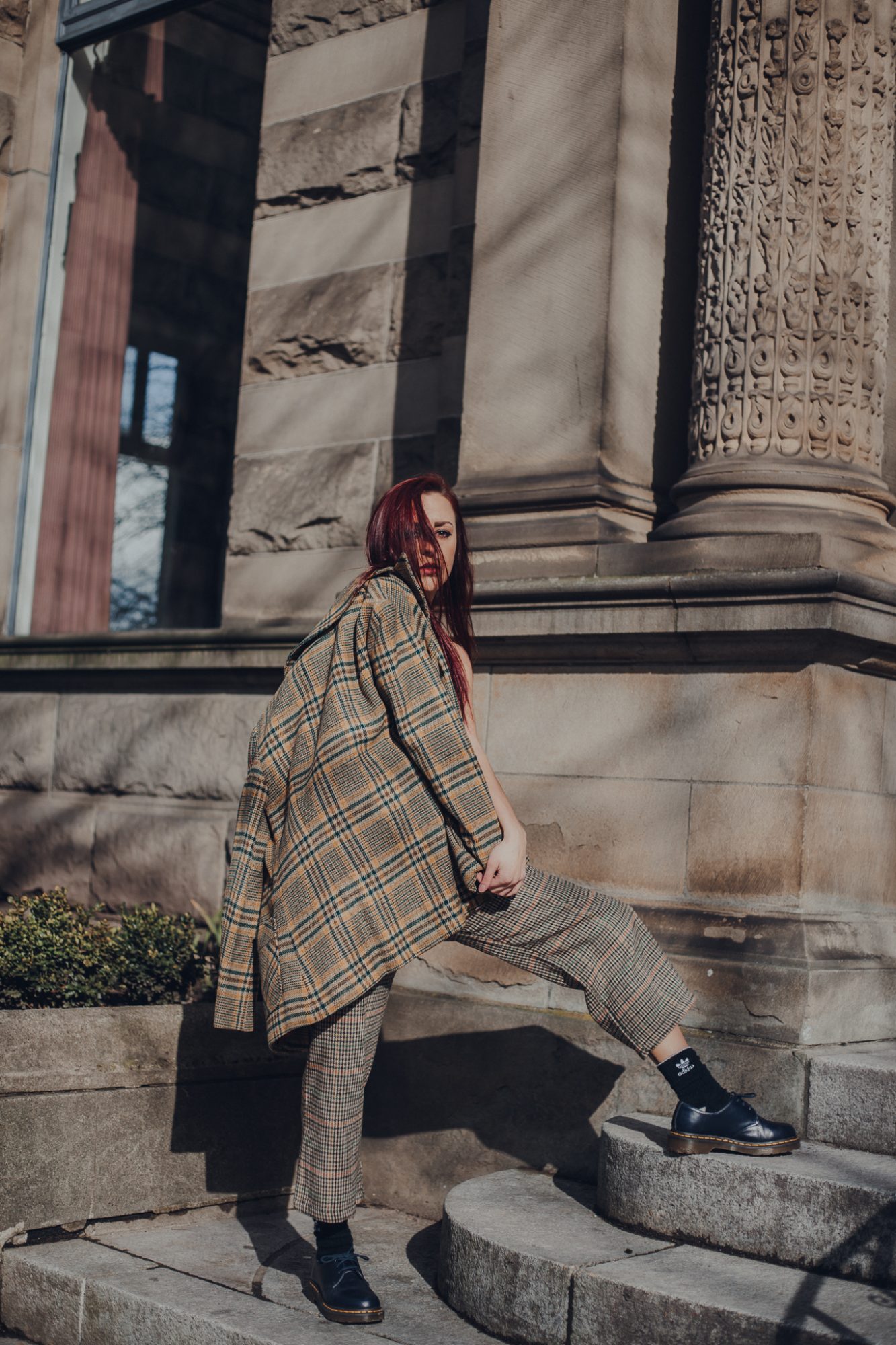 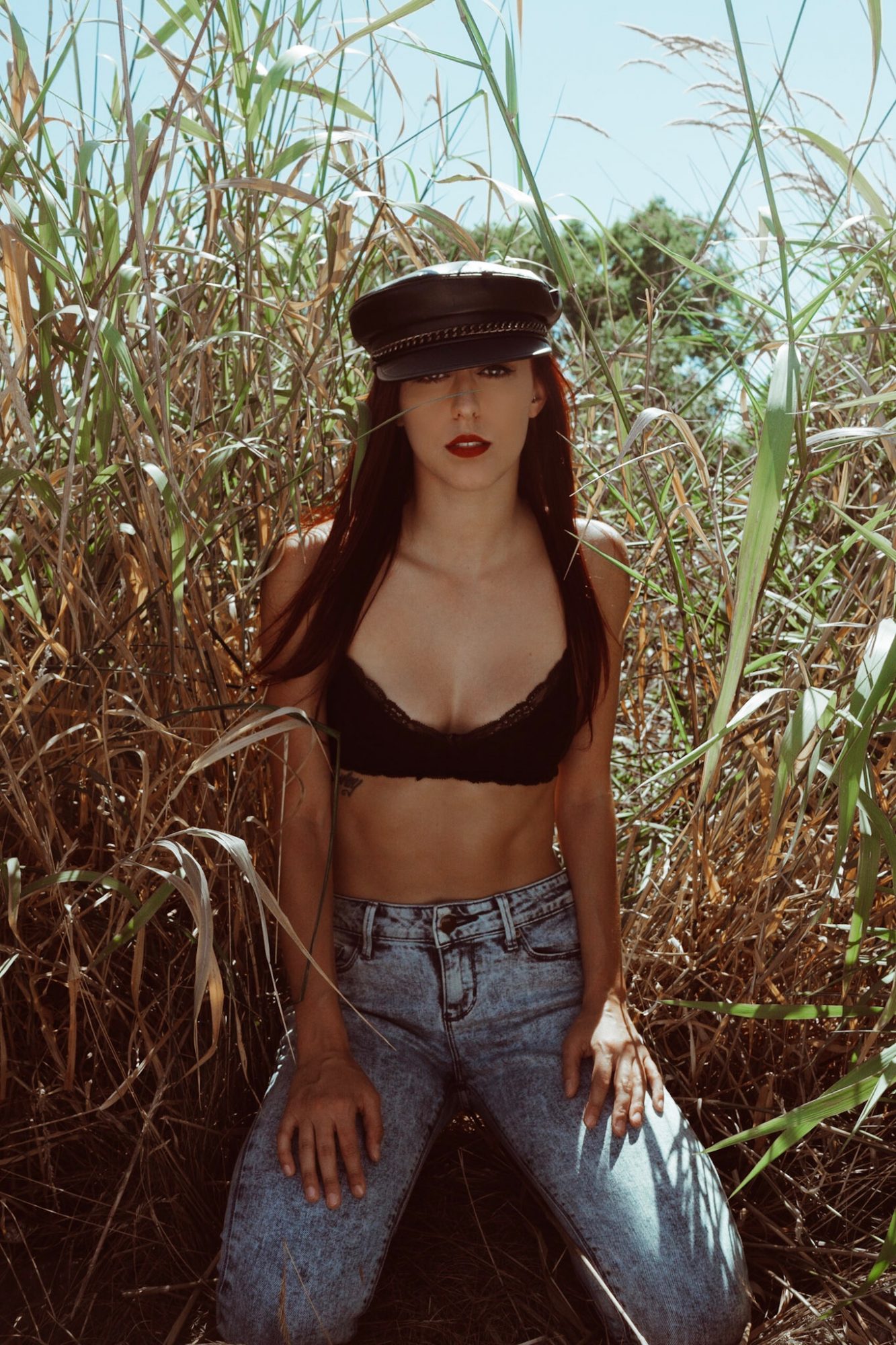 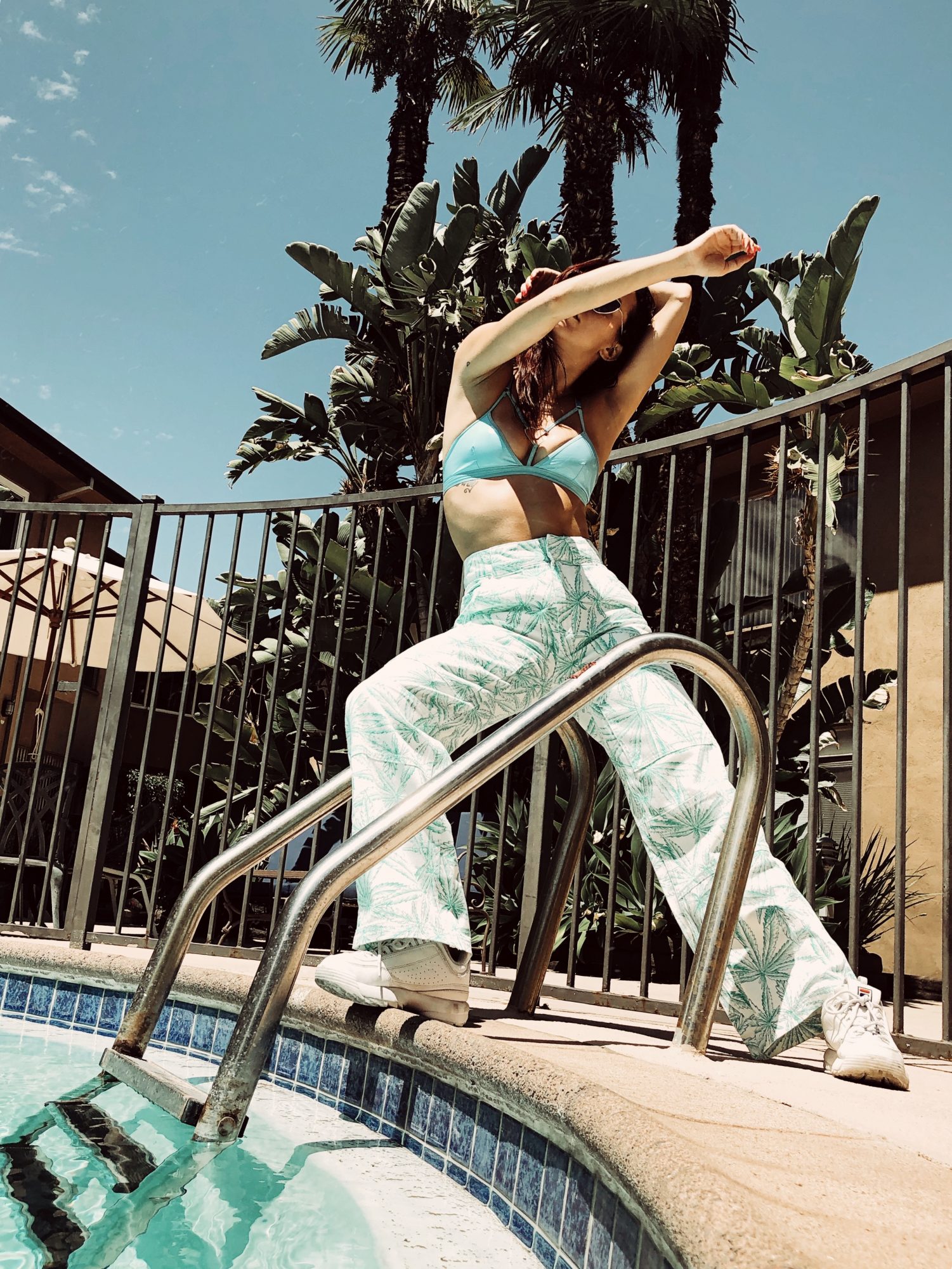 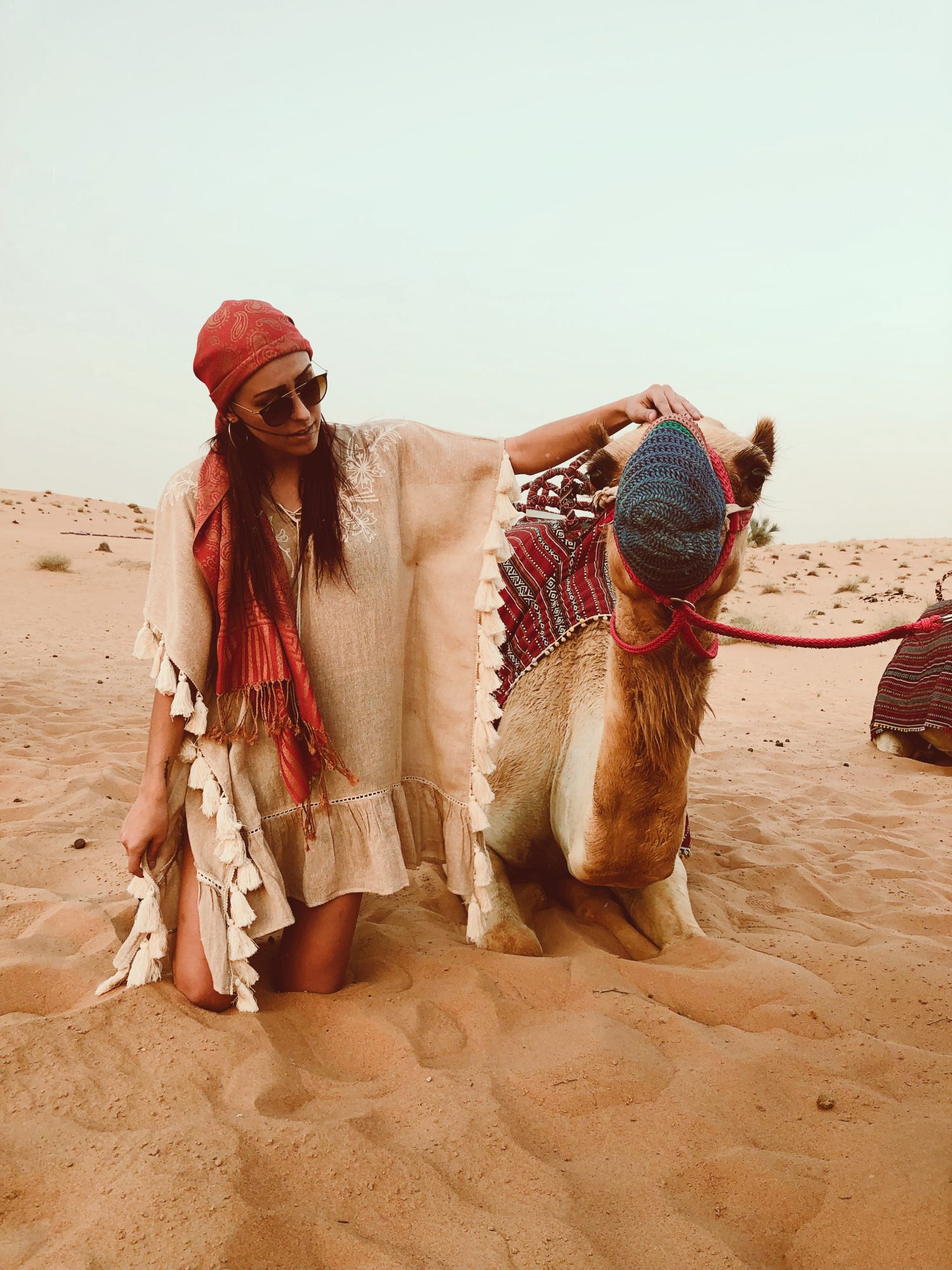 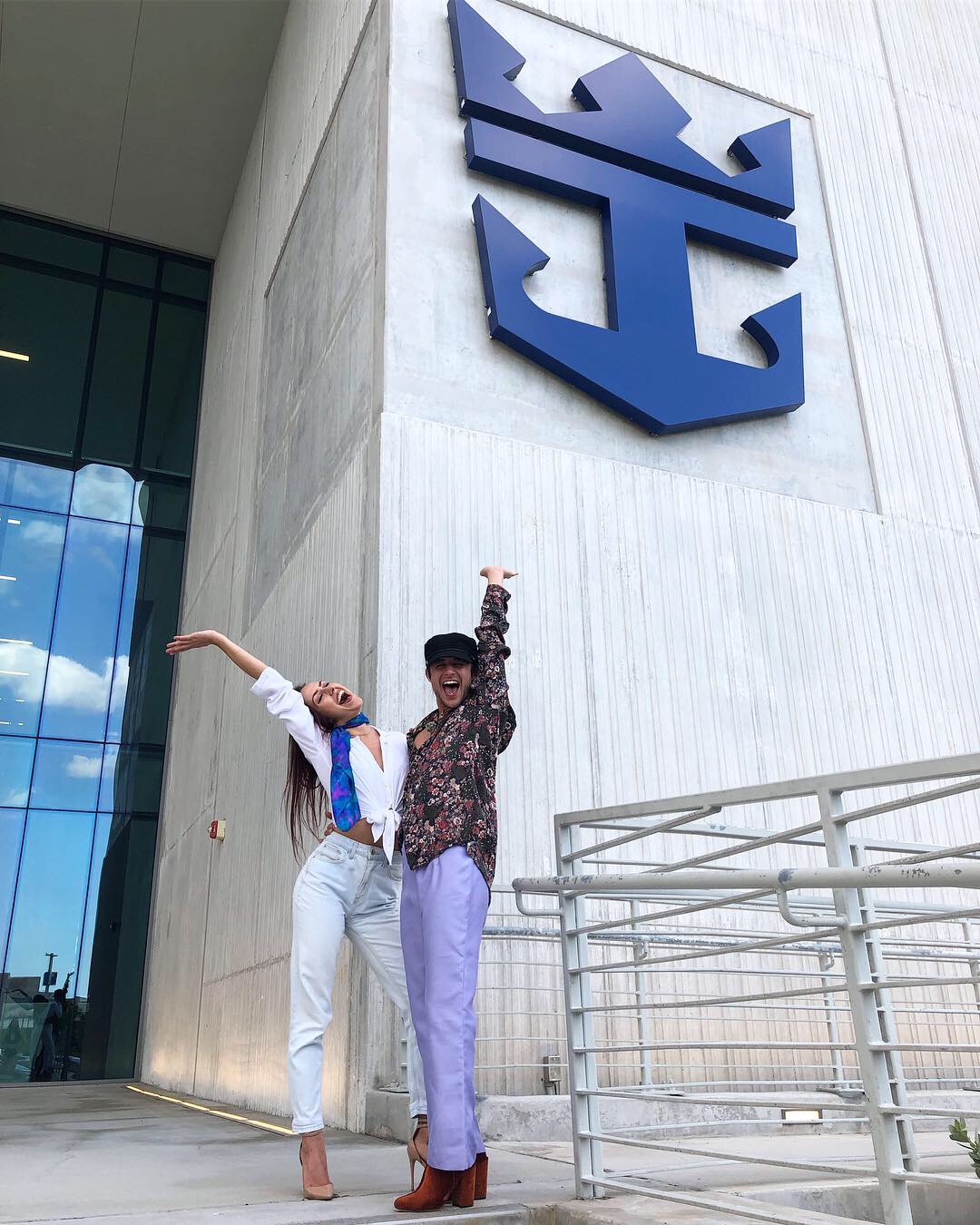 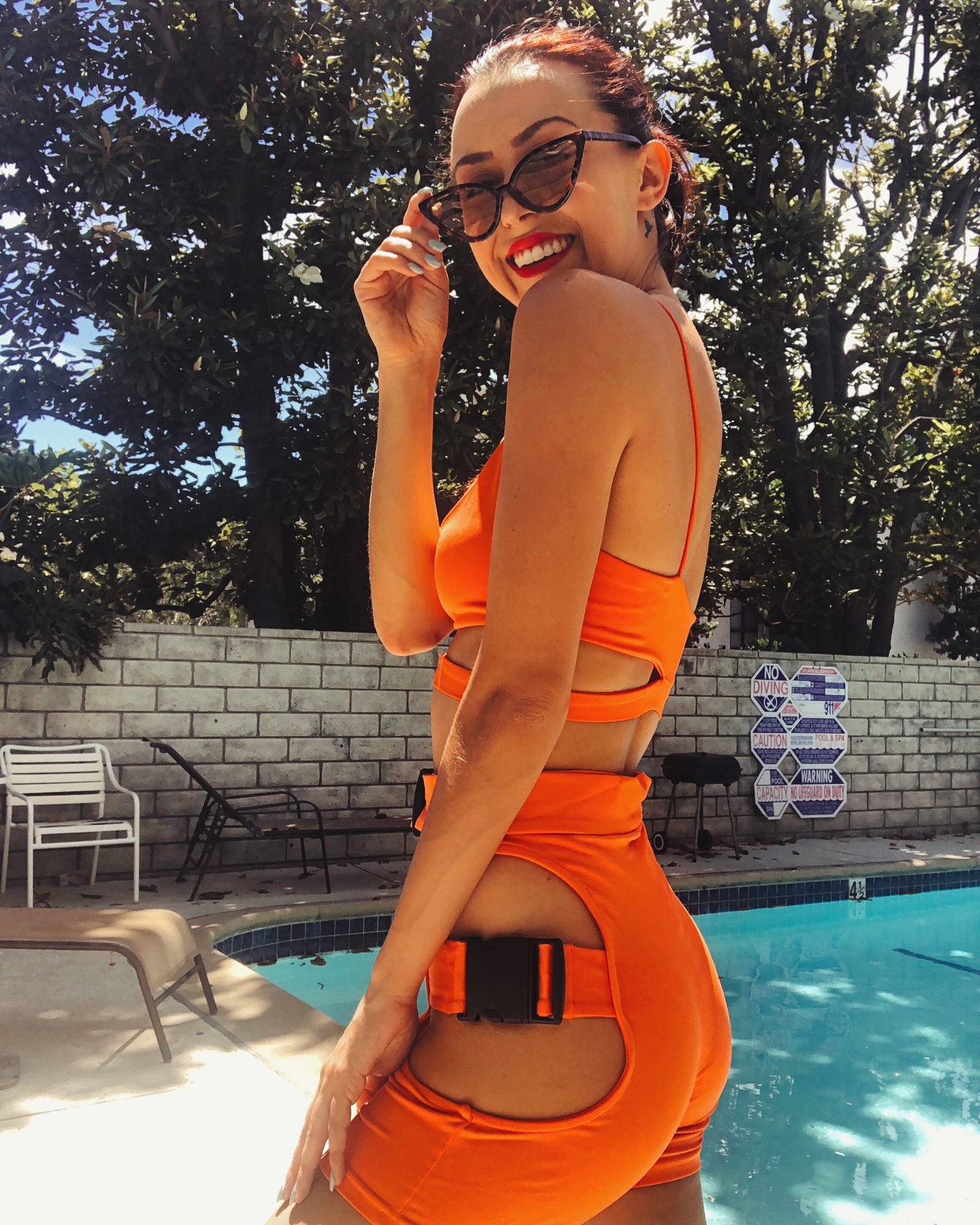