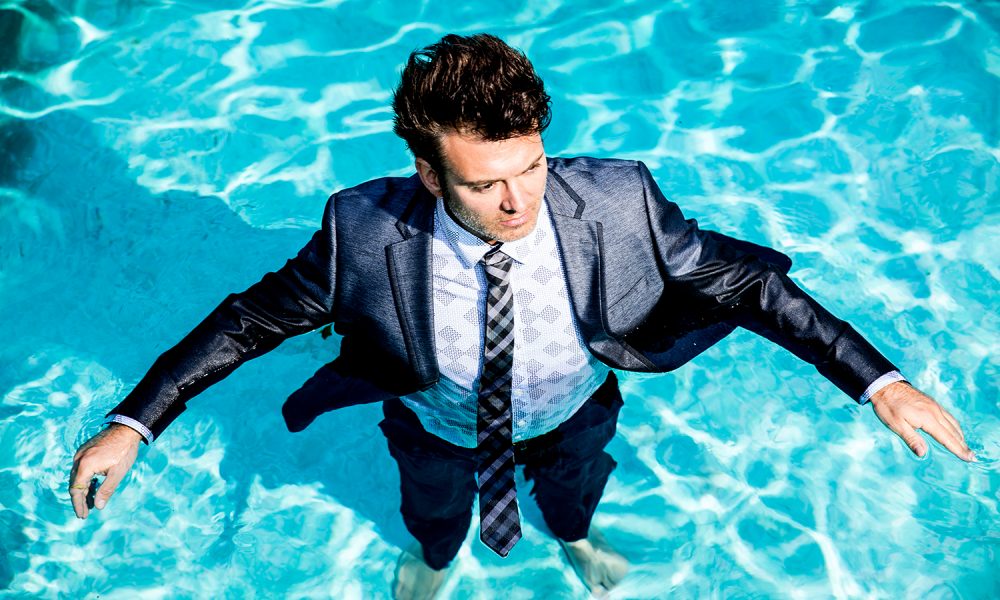 Today we’d like to introduce you to Justin Paul.

Justin, please share your story with us. How did you get to where you are today?
Music is my life and this business choose me. More importantly, music brings joy and entertainment to people around the world. DJing for an audience that loves the music is a magical feeling!

It all started with my family. My mom was a singer in a band for many years and my grandmother played records all day at home and created mixtapes for our road trips. I’d help her sequence, record, and label the tapes. I started DJing professionally as a teenager helping my older cousin (Steve Waller) with his mobile gigs. In the beginning, I carried his vinyl, turntables, speakers, and lighting rigs to all kinds of events in Ohio, West Virginia, and Kentucky where we grew up. The early gigs consisted mostly of corporate events, wedding receptions, college events, and the occasional pool party. Steve would let me warm-up and play on occasion during prime time.

After DJing private events for many years we focused on nightclubs during my college days. Our DJ sets would last all night from 10 pm to around 4 am ish. We quickly learned how to read the energy of the crowd and take the dancers and audience on a musical journey. I also hosted and produced my own college radio show on WMUL 88.1 featuring rare and up and coming electronic music from around the world.

After years of being a club DJ at venues near my college at Marshall University, I was ready to take the next step and play in the big city. After being discovered by a venue owner, I moved to Chicago to help open his nightclub and to be the resident DJ. It was an amazing experience and shopping at what is now the legendary Gramophone Records changed my life. I’d crate dig and listen for hours and then play my DJ sets from open to close. After many months I decided to move to Philadelphia and work on TV after being recruited by my friend Jim Castillo (On-Air Talent). Shortly after I joined the faculty of the Art Institute of Philadelphia and started teaching Media Arts full-time.

After about a month in Philadelphia, I met legendary DJ/Producer King Britt and Dozia Blakey. Looking back this was a synchrodestiny moment for me… They were hosting their now-famous Back2Basics parties at Silk City in Northern Liberties. The who’s who of Philly music would go on Monday and Saturday nights to hear their sets and the house band led by King Britt. So many Grammy winners and legends emerged from this party. Story for another time. Dozia gave me my first Philly DJ gig, and King signed me to his record label FiveSix Recordings. This led to me learning how to produce dance music and DJ with them over the next decade. We played in NYC, DC, Miami, and all over the East Coast. It was such an amazing experience to be based in Philly!

After almost a decade under their tutelage, it was time to start my own record label (Playloop Records), discover talent (Microstar, Ross D & THE MODEL) and help my longtime friends DJ Everyday and Kezner move to Philly from West Virginia. Over the next decade, we’d release a ton of records, make the Beatport charts, and move to the concert and festival level. We also joined The Philadelphia Experiment artist collective and started DJing in Los Angeles, San Francisco, and at Burning Man. We also received a ton of help and mentoring from Greg Lucas who’s now the Executive Director of Preservation Hall in New Orleans.

In early 2009 I moved to Los Angeles full-time and got involved in producing events in DTLA, Venice, and Hollywood. I also played shows in Europe and promoted the music to the masses. In 2012, I connected with David Franz and started a new label called Underground Sol. David is an amazing engineer, label manager, and songwriter. I learned a ton from him! 2015 was a breakout year with my Beatport number 1 Nudisco cover of “How Long” by ACE and 80s throwback electronic project with Mark Richardson aka THE MODEL. This led to another level of DJing for the W Hotel in the Republic of Maldives in Asia and performing at the Hangout Festival in 2017 & 2018 to the masses. We also released my Justin Paul Presents Underground Sol Vol.1 album project featured on KCRW, Beatport, Spotify, and more.

The best is yet to come!

Overall, has it been relatively smooth? If not, what were some of the struggles along the way?
I’ve been very fortunate, but also have worked my ass off… I’ve risked it all many times. Won big and had several setbacks. The key is to never ever give up, even when you feel like it. No matter what is happening in your life, keep going and it will work out. Maybe not all that you want right now, but at least you get to be in the business you love. I truly believe work begets work. People see you making huge strides, and that helps create momentum for your business and career.

You’ve got to believe in yourself even when others don’t. Take advice but also learn to tune people out that don’t understand your vision. Only you know what is best for your career. Being an artist and entrepreneur isn’t for the faint of heart. Live your life for you… But of course, be kind and thoughtful of others (family, loved ones, friends and strangers).

What sets me apart is my unique experience in the music industry. I’m also known for being musically eclectic and having a keen ability to connect with the audience on an emotional and spiritual level.

I also DJ at concerts, events, festivals, and luxury resorts around the world. I’ve shared the stage with the likes of AIR, Bassnectar, Deadmau5, Disco Biscuits, Goldfish, LCD Soundsystem, King Britt, Orbital, Prodigy, Squarepusher, Thievery Corporation, Trentemøller, Zero 7 and many more. My music and remixes are featured by KCRW Los Angeles, Global Session BBC Radio One, Resident Advisor, SXSW, Beatport, and by DJs around the world.

Since launching the Playloop and Underground Sol record labels I’ve executive produced over seventy releases, and hundreds of club events, concerts, festivals, and stages around the world.

I’m most proud of the artists, people and students I’ve helped along the way.

What is “success” or “successful” for you?
I define success as being healthy, living with joy, being inspired, inner peace, self-love, being in love, being close with family and friends, and being able to go after your dreams.

One should enjoy the process of self-actualizing (manifesting) their dreams and goals. It’s okay to stretch ourselves but we should most definitely not be stressed on a regular basis. 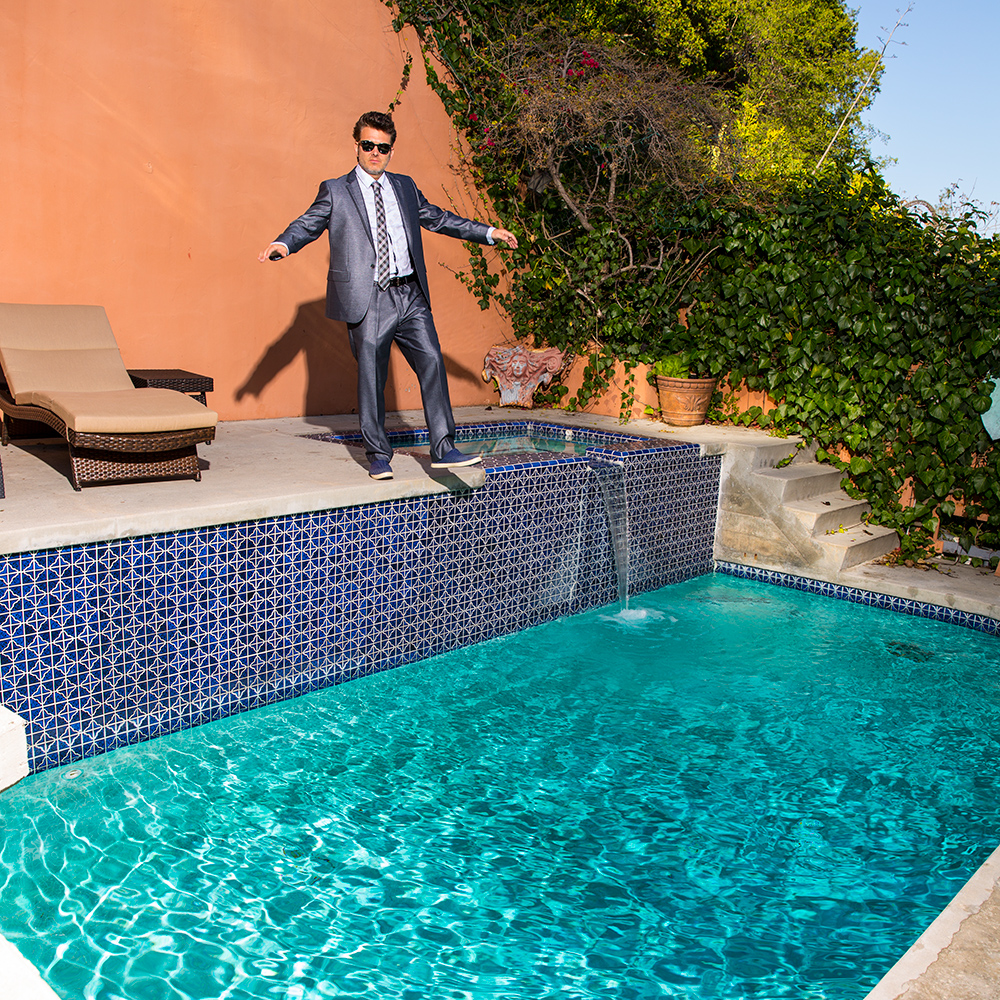 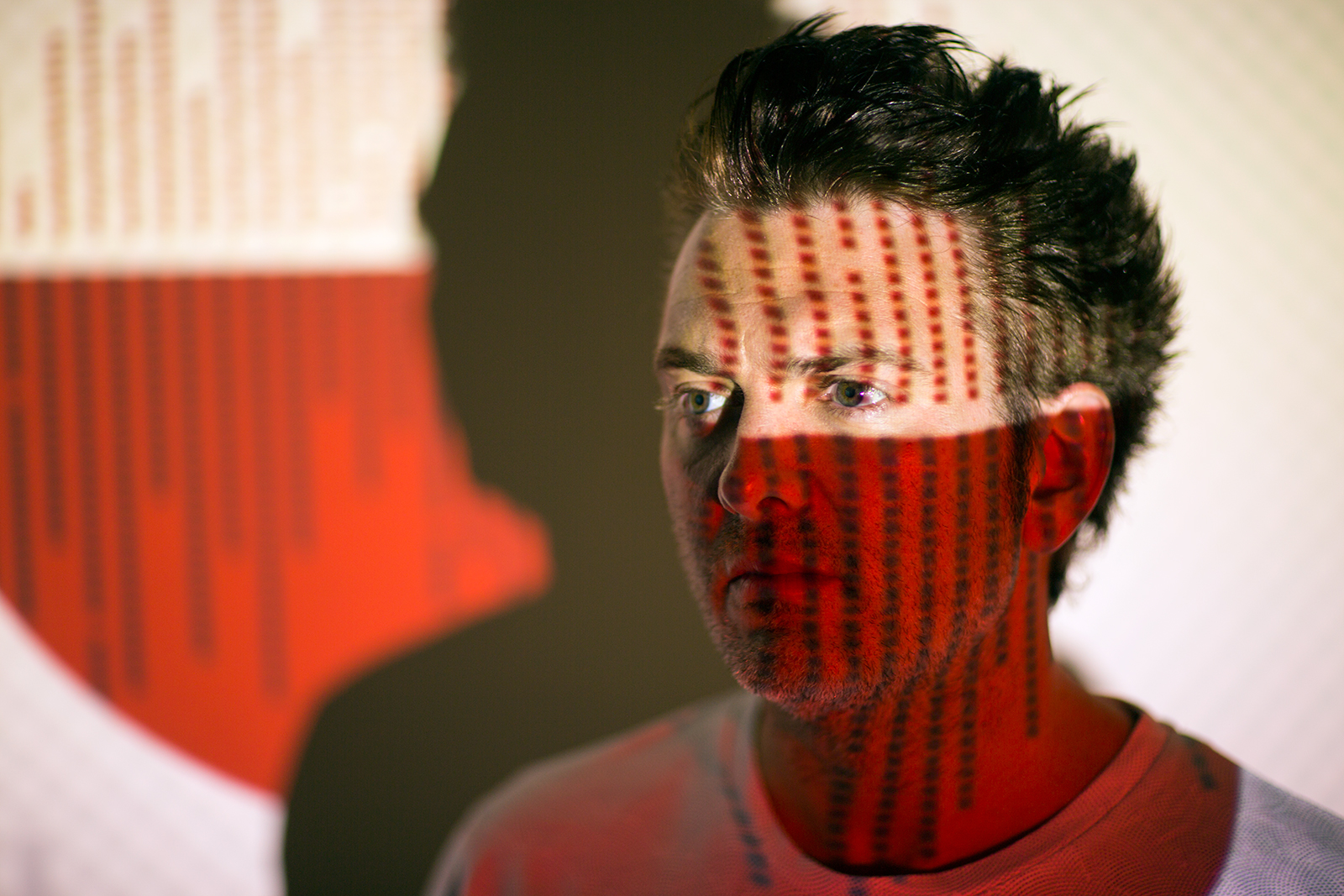 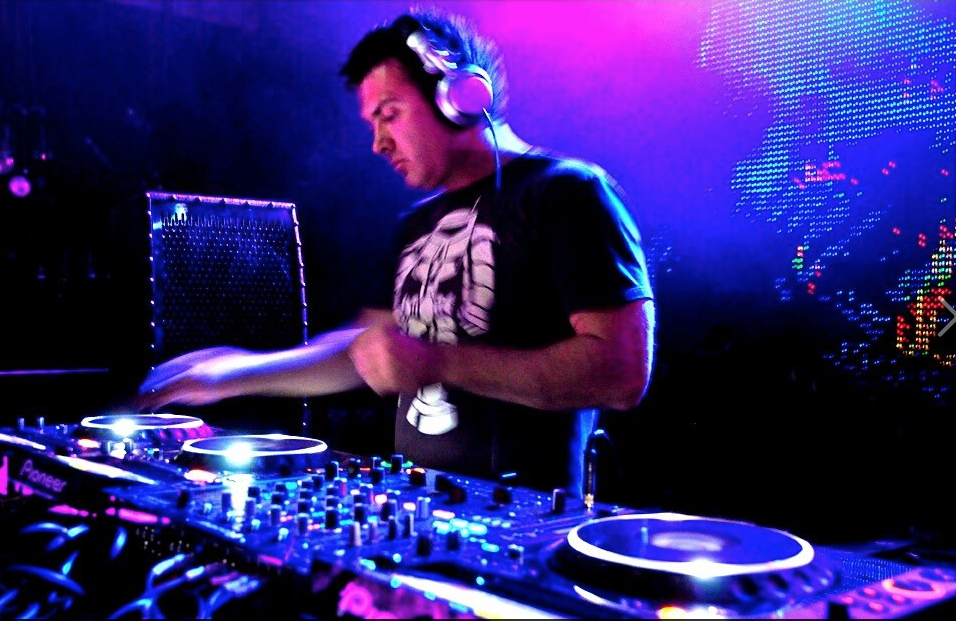 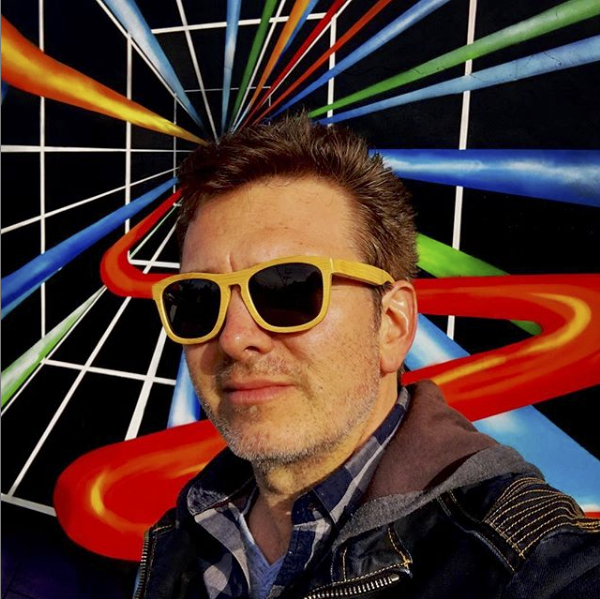 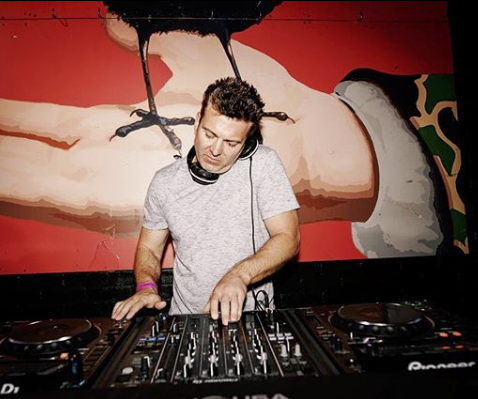 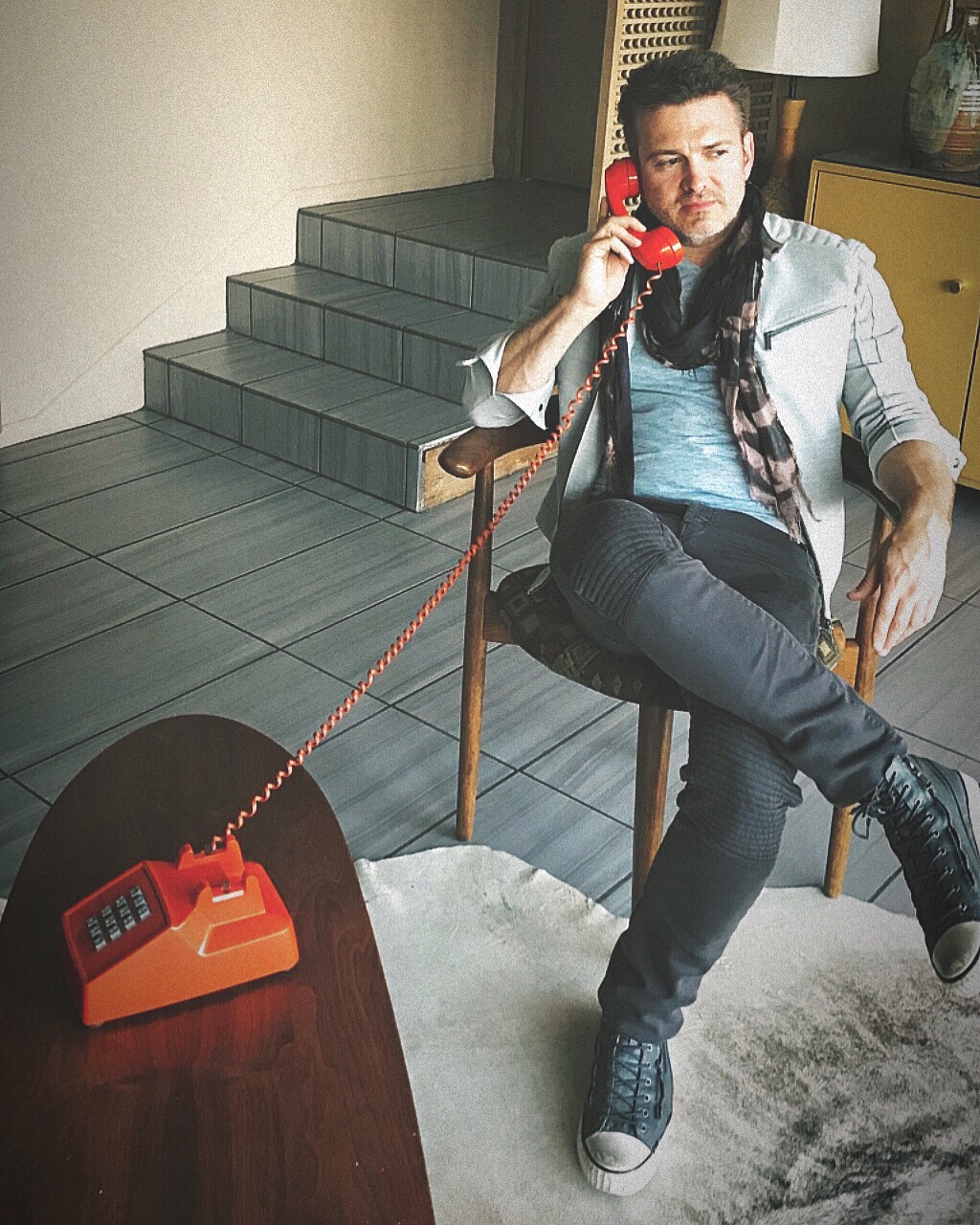 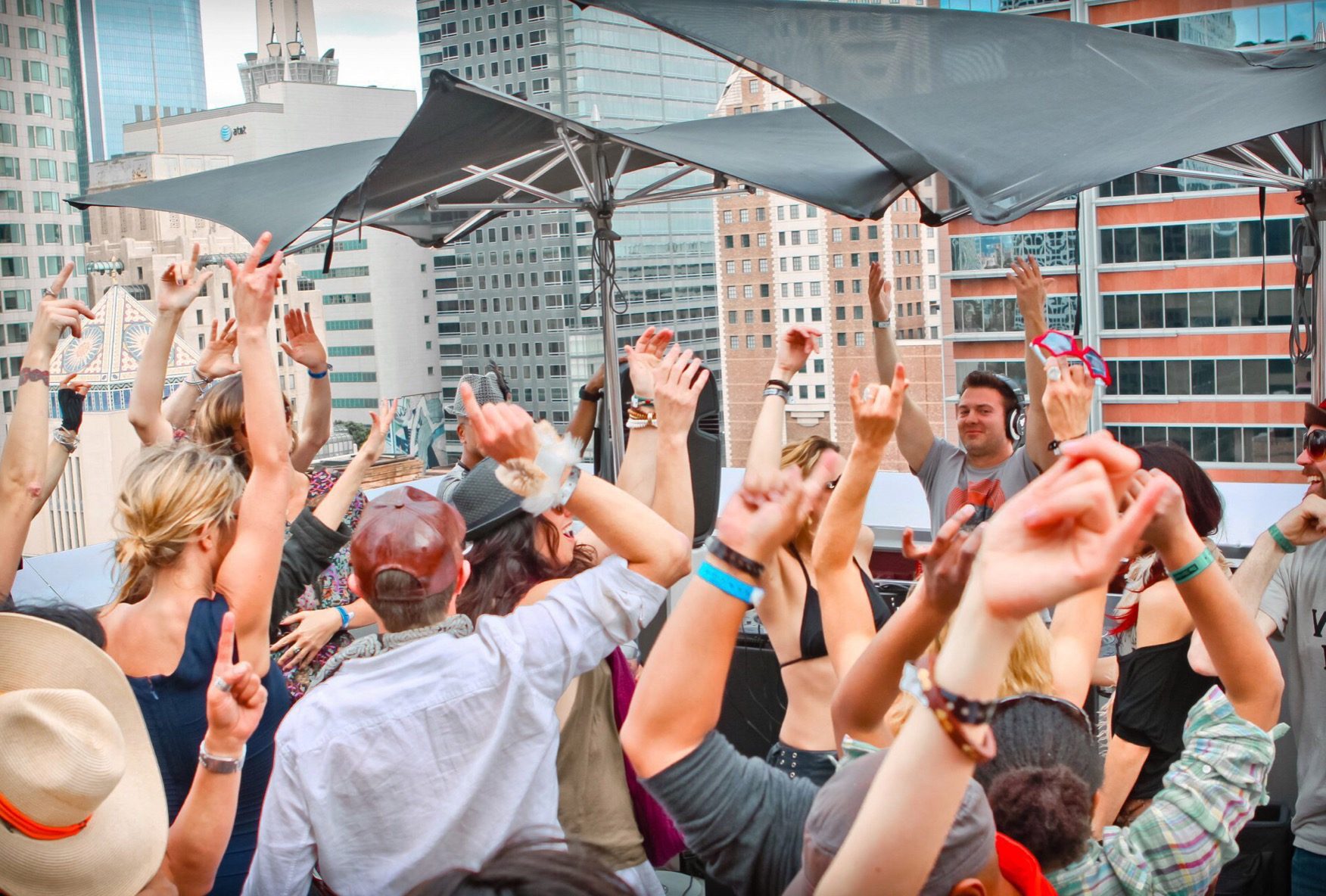