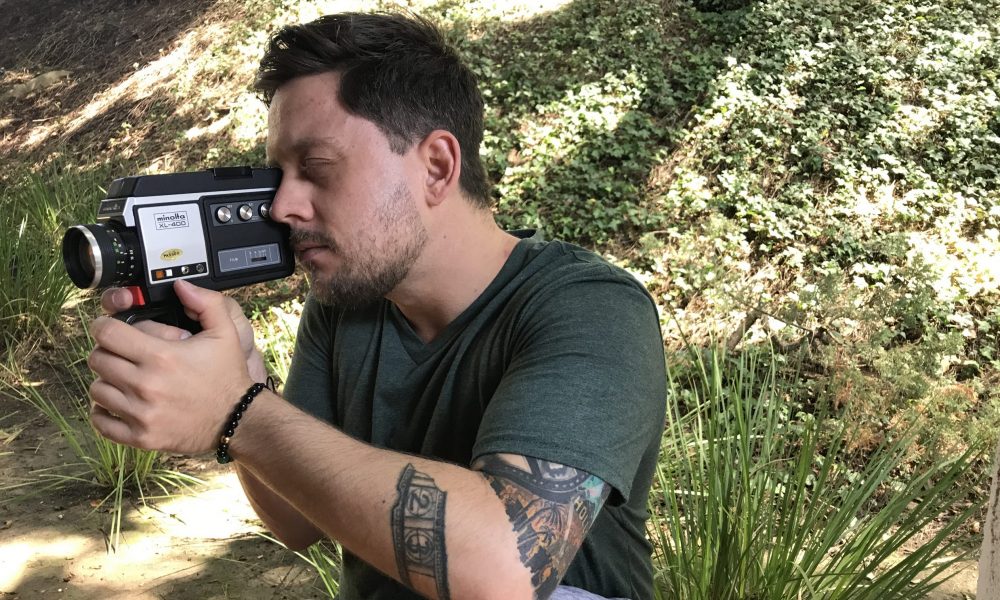 Today we’d like to introduce you to Justin Marmorstein.

Justin, please share your story with us. How did you get to where you are today?
Growing up, my aunt would put me into summer film school programs (Stanford film camp, New York film Academy). At the time, I was never interested in doing film I just went because it was fun making videos for the couple weeks I was at the camp.

When high school started I started making short film for my projects we had to do in class instead of essays and such. In Spanish class I was failing so I made Spanish videos to make up for the extra credit. I ended up shooting at MTV Cribs in Espanol which became a hit at Brea Olinda High School. That was when I thought about becoming a film maker for my career. At the end of Junior year, I committed to attend the Los Angeles Film School. I quit the basketball team Senior year to focus on making short films and getting ready for the LA Film School.

I graduated at the LA Film School in 07′ and immediately became a night editor for Comedian Tom Green for his online Show www.TomGreen.com. The show only lasted a couple months and after that it was pretty hard to find work in a populated city such as Los Angeles. I decided to move to Placentia with my best friend where I lived for 4 years. I became an Angeles Fan photographer for a year. I would spend every night for hours on Craigslist trying to find jobs but no luck.

I found this hip hop group ” CES CRU” from Kansas City where I went up to KC where I’ve shot now over 30 Music Videos with them. They are now signed to Tech N9nes record Label Strange Music.

I finally landed a job with a wedding company that did photos and videos. After working there for a couple months and realizing I was doing all the work, I decided to start my own wedding company- Marmo Films Weddings. As of August 2017, we will have shot over 50 Weddings within a 2 and a half year span.

My passion in life is to be an established music video director.

Marmo Films is an innovative national video and photography production team based in Los Angeles. Created in 2006 by LA Film School graduate Justin Marmorstein, a.k.a. “Marmo,” we believe that you should be part of the creative process for your project.

2016 and 2017 Couple’s Choice Award, we take pride in capturing the once in a lifetime moment of your wedding.

Great, so let’s dig a little deeper into the story – has it been an easy path overall and if not, what were the challenges you’ve had to overcome?
It has been a very rough road. Los Angeles Film School didn’t offer any help to find jobs and everything they gave us wanted at least 10 years’ experience. It’s all about hustling and not feeling sorry for yourself. Being on set and being out in the field is how I learned everything I know. Trial and error.

Money was a big issue because being a freelancer on craigslist has it’s up and downs. I would even go be an audience member for TV shows at $8 an hour just to get the experience of being on set. I loved it.

We believe that you the client should be part of the creative process for your project.

We specialize in Music Videos and Weddings

Recently the Wedding side has really blown up and 2017 is a year of weddings for us.

We are known for creative story telling whether it be in a form of a music video or a wedding highlight.

We focus on the emotions and personality of our client to tell the best story possible.

What I believe sets us apart from others is that customer satisfaction is our number one priority. If you ask any of our previous clients they have nothing but great things to say about us.

Having completed over 100+ projects, our brand and passion continues to grow. We hold ourselves to the highest production values while still considering there is no project too big or too small.

Do you look back particularly fondly on any memories from childhood?
My favorite memory from childhood would be filming music videos in my living room on my black and white kids video camera. I remember my cousin and I did a video for Rock The Boat by Hues Corporation. We used the couch as a boat.