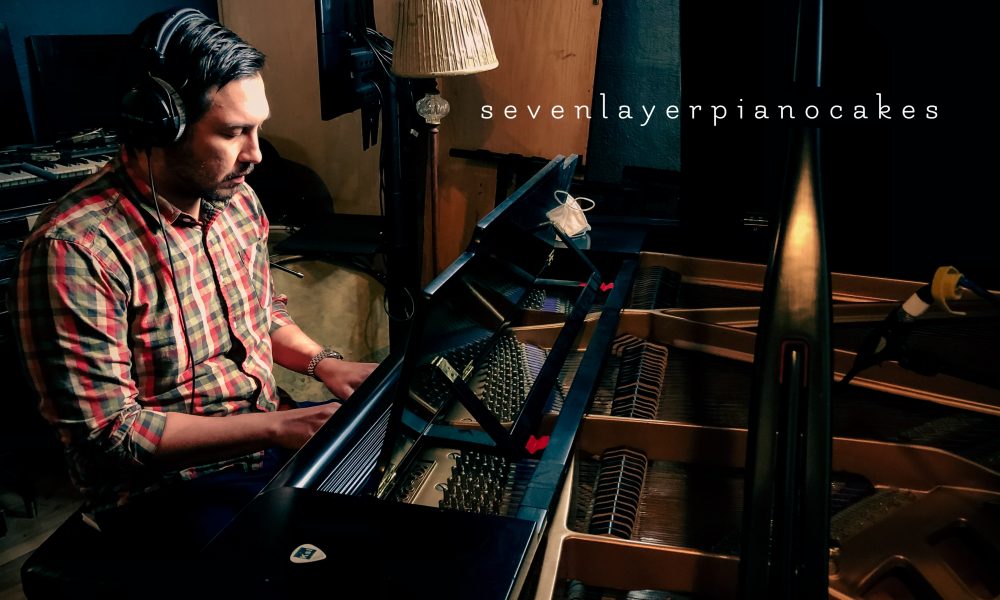 Today we’d like to introduce you to Justin Hoyt.

Hi Justin, so excited to have you on the platform. So before we get into questions about your work-life, maybe you can bring our readers up to speed on your story and how you got to where you are today?
I am a musician under the stage name Seven Layer Piano Cakes. My alter ego, Justin is an attorney and adjunct law professor at USC. It’s cool to say it like that now. For a long time, I would have used something like the converse of the above to describe myself — or more likely, not even have mentioned my musical background at all. One silver lining about the pandemic is that as soon as it began, I realized that the time was now to reinstate music one of the focal points of my life. Despite getting seriously back into music only relatively recently, it has always been a significant part of my life. I started on the piano at age three and kept up classical training until my early teens. I was in a few rock bands in high school and then released a really bad solo EP as I was about to enter college. I took my schooling seriously and went to law school immediately after college. I kind of thought my window in music had closed, and I focused my energies on the law. But I always kept up my skills. While living in NYC, I attended Juilliard through their evening division, focusing on ear training, theory, and vocal performance. I always had a few original songs in the works, thinking that perhaps at some “better” time in the future, I would give music a proper go. To be honest, though, I didn’t really think that such “better” time was in the near future. I have two young children and am generally busy with work and life duties. Then the pandemic hit.

Working from home, without a commute, I had quite a bit of extra time every day. The additional solitude at home made me think that “now” was that “better” time. I thought about my kids and how it would be cool if they became musicians like their dad too. But then I realized, how could I really call myself a musician if I had not released anything in almost 20 years? So I got back into it right away. I wrote, recorded, and released four piano/vocals originals. I started building up my Instagram presence. I then got right back in the studio and recorded a second EP, this time a collection of full productions featuring guitars, bass, beats, and inordinate amounts of background vocal tracks. I am thrilled to say that this music path is quickly becoming more than a hobby. The recent songs generated some interest in the industry, and I will be releasing future recordings through a well-regarded small/mid-size label. A year ago, I wouldn’t have dreamed this was possible. I had a lot of hang ups and insecurities about recording and releasing new songs, and it took a lot to get over that. It has been wonderful to see the new stuff going over well, and I am excited that this journey will be continuing in earnest.

We all face challenges, but looking back would you describe it as a relatively smooth road?
It has definitely not been a smooth road throughout most of my musical journey. I think the main thing that kept me from pursuing it was a serious fear of failure. Looking back, I feel like I chose law as a profession because of the immediate gratification one gets in it when they do good work. You write a good brief or make a good argument, you often win relatively soon thereafter. In music, you can write a great song or make a great album, but more often than not, you will fail or at least not be able to make a real living off your art. I think for a long time, I was paralyzed by this possibility of my art getting rejected. For whatever reason, I got over that, and I am seeing that a lot of people are finding joy in my music. The best part is, a lot of people don’t, yet it does not bother me one bit like I thought it would. I am just happy to be here, have the opportunity to make music, and hear that it connects with some folks. That’s one reason I wanted to make it in the first place; to provide some comfort to people who might feel similarly.

Can you tell our readers more about what you do and what you think sets you apart from others?
Under my stage name Seven Layer Piano Cakes, I write, perform, record, and produce original music. As you can probably tell from my name, the music is generally piano-based. My music has a lot of diverse influences, and it is frequently intense and heavily layered. It is not really “background music.” One thing I am proud of about my music is that it bends and combines many genres. I think Spotify and streaming has impacted the industry so much, and it causes artists to write and produce songs that really “fit” a genre or blend in with playlist style. I eschew that approach and write and produce what I want to make. My stuff has influences of dream pop, indietronica, classic rock, pop, alternative rock, and, of course, classical music. I am proud that I am not making stuff that can easily be categorized or that blends in. Also, I think my music is most interesting upon a few close listens… the chord progressions and harmonies are generally pretty complex compared to most stuff you hear on the radio, even though the melodies are accessible.

Do you any memories from childhood that you can share with us?
Busking on Colorado Boulevard in Pasadena. I would bring a few friends with me. I would sing and play acoustic guitar songs, and my friends would try and get people to listen (and give us tips, of course). We actually made some decent money, but we would usually blow it on a fancy dinner that same night. But for a few hours, we felt significant. 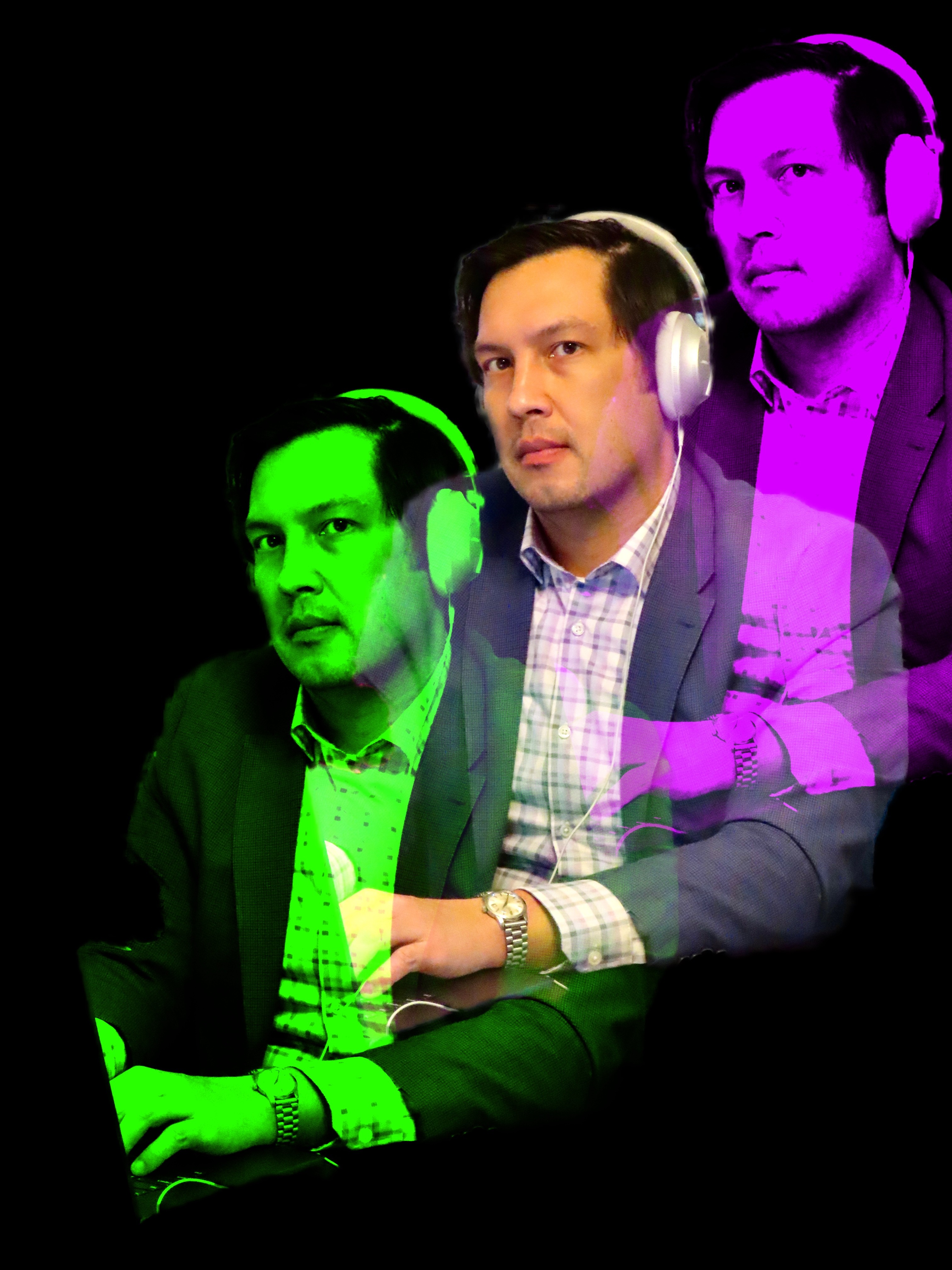 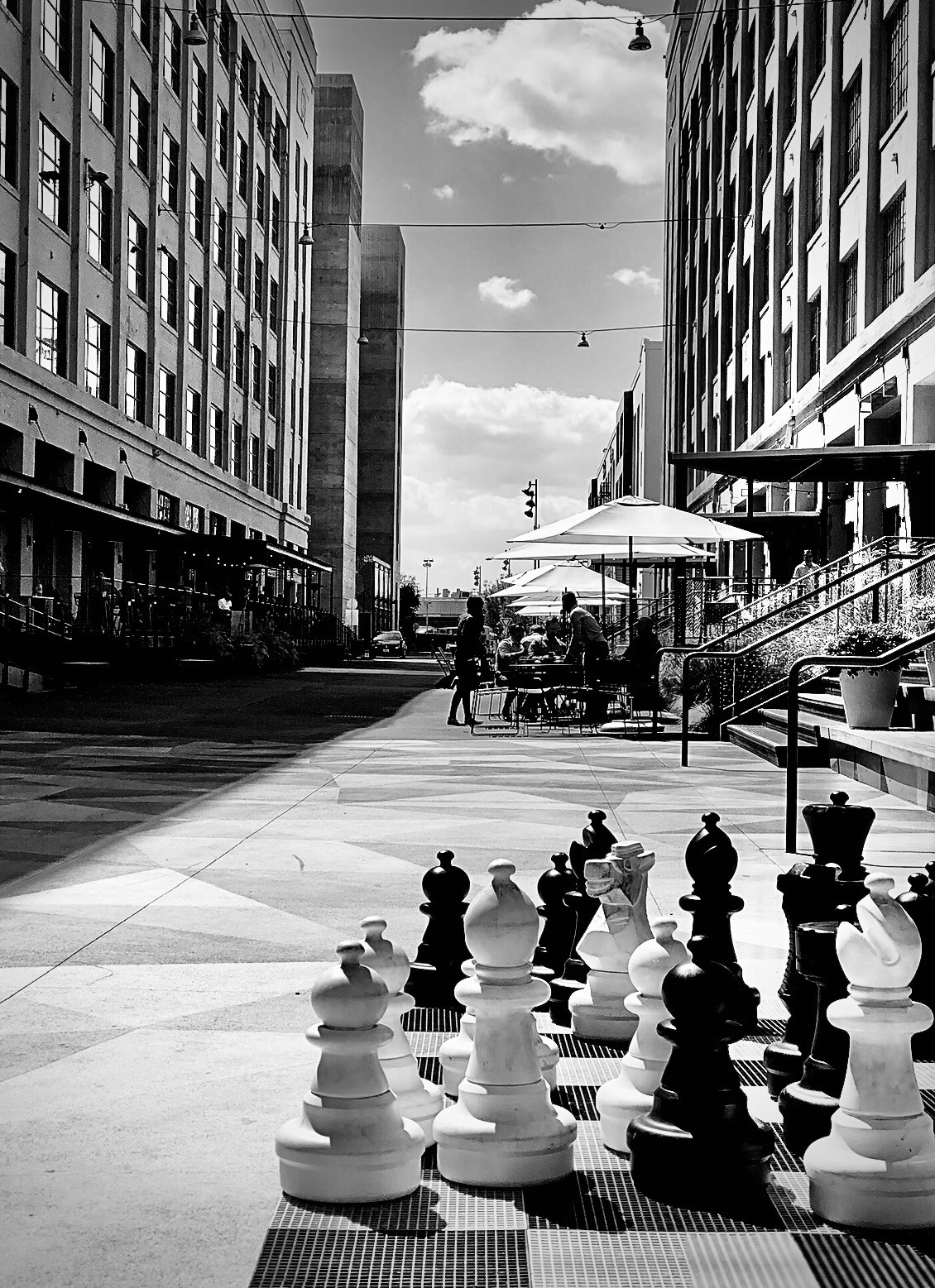 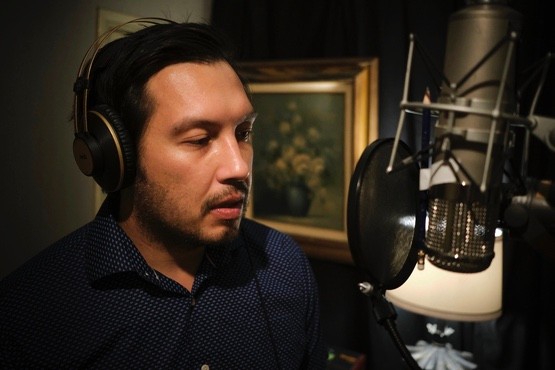 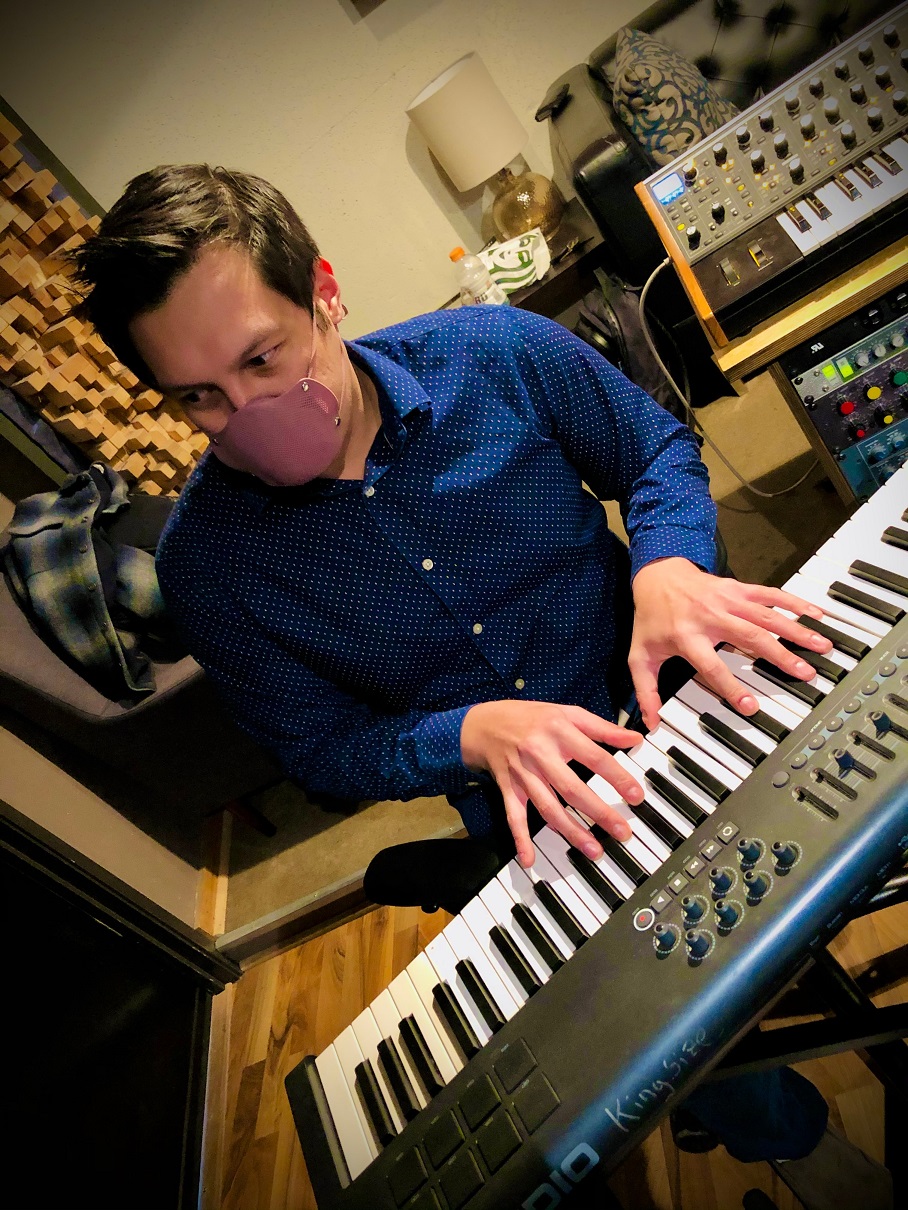 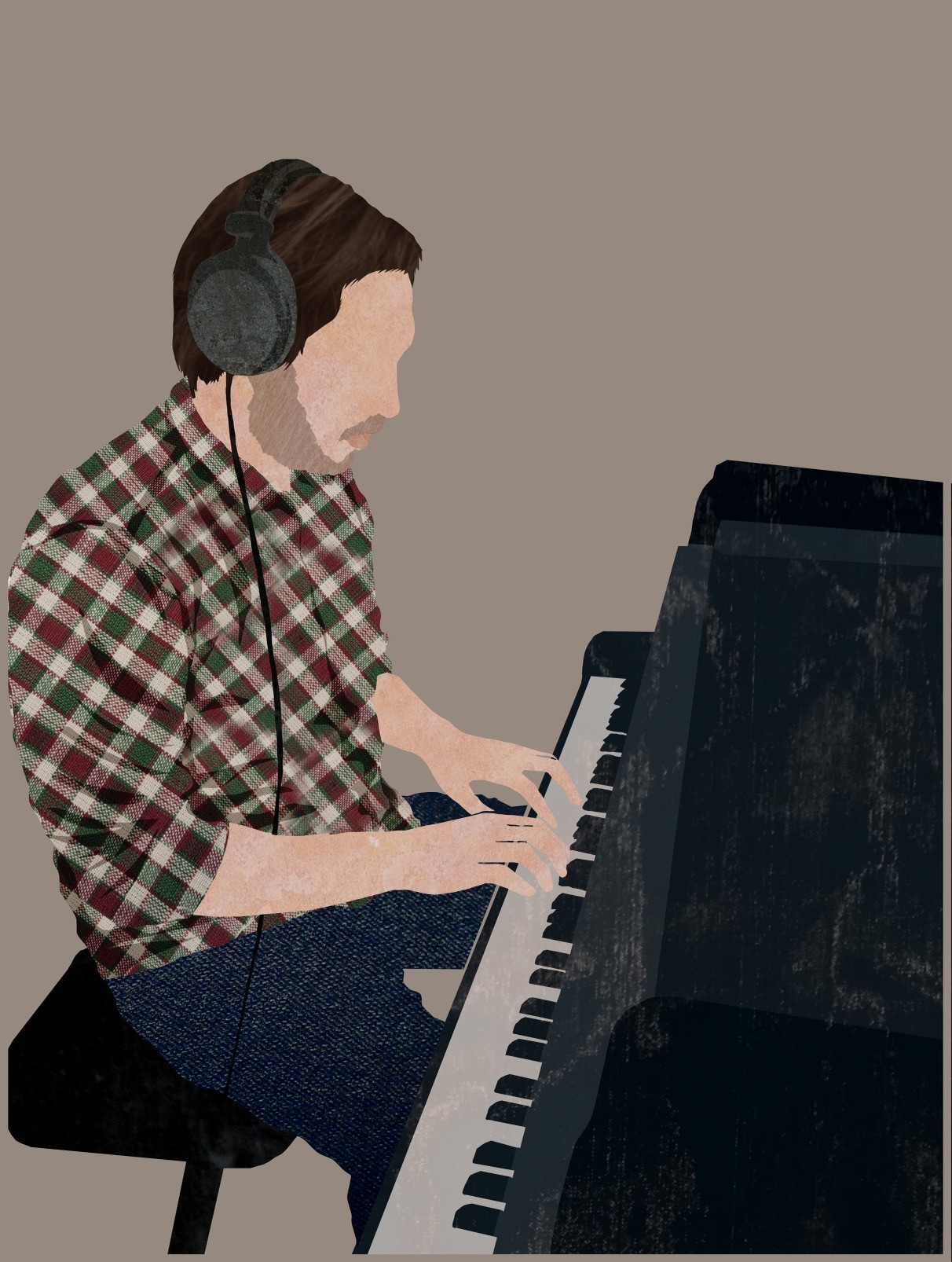