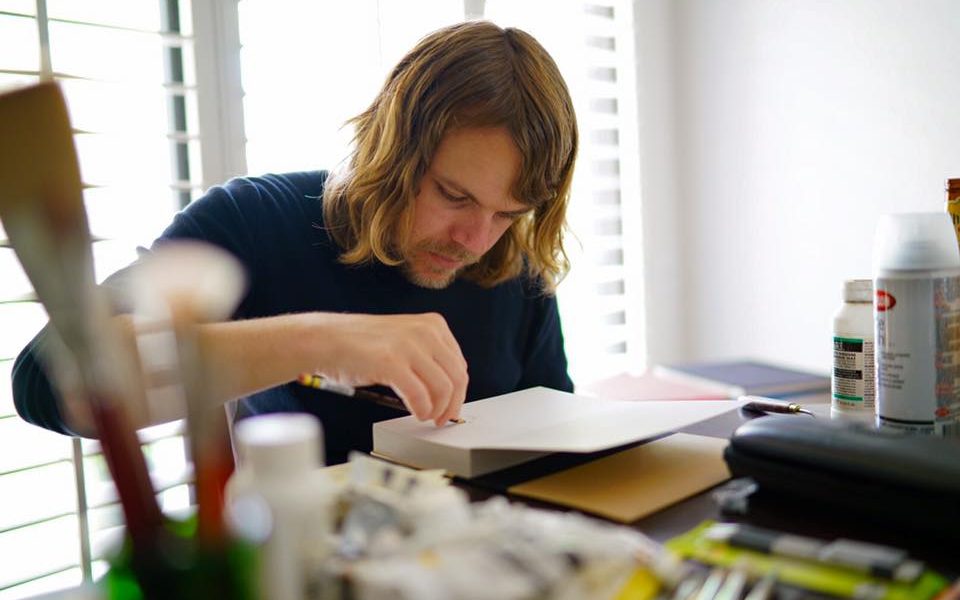 Today we’d like to introduce you to Justin Albers.

Justin, let’s start with your story. We’d love to hear how you got started and how the journey has been so far.
I grew up in the small town of Burnet, Texas, and I started out drawing when I was around seven or so. We had a steam train that would take people from the town into Austin every weekend and I would go down and draw that train every time it would come in. That’s the earliest memory I have of drawing. I was fortunate to have a really great childhood, and my parents were always very encouraging and supportive of me having an interest in art. In 1996 my brother and I got our first videogame system, and from that point on my interests turned to gaming and game art. I remember drawing up mock levels for Mario 64 and doing really terrible copies of Zelda art! I also started to get into film and comics around that time too. Up until that point, I had wanted to be a fine artist, trying to find a niche for painting. When The Matrix came out in 1999, I became obsessed with that movie, as I’m sure a lot of people did – but mostly because of the artwork and vision behind the film, namely the drawings of Geoff Darrow and George Hull.

I enrolled at the Art Institute of Dallas after graduating high school because I wanted to go to a school that focused on concept design. It was just a two years course, and I think in general it’s a bit tough for art colleges to stay on top of current techniques and visuals and adapt curriculum to a rapidly changing industry. That being said, I had a lot of time to draw and soak up inspiration from my fellow students and teachers.

After graduating in 2004, I got my first job at a small startup company making games for the Nokia NGage. It was a one-year stint, but I met some of my best lifelong friends at that studio and had a crash-course in what the game industry was like to work in.

I joined NCsoft in 2006 as an environment concept artist and moved down to Austin, thanks to the people there taking a chance on me to work on a project called Tabula Rasa. It was an MMORPG that was meant to be a hybrid experience that combined elements from a shooter with traditional role-playing game elements. I learned a lot of design techniques there, especially composition and practical environment design. I was really happy to be living in Austin as well since it’s such a great creative artistic and musical city. I joined Vigil Games in 2008 after that to work on another MMO based in the science-fiction Warhammer 40,000 universe. Vigil Games was a real powerhouse of concept artists and I was able to grow immensely and learn from the hyper-talented artists there.

After four years at Vigil, an opportunity presented itself to move out to Los Angeles to work for a company called Riot Games, which had had success with its League of Legends online game. They were at a point where they had time and resources to start building up the art team and I’m fortunate to have been able to be a part of it at that time. I’ve been able to work on several great teams on League – I started on the environment team and have since moved over to the Champion Design team as I’ve gained skills in character design. It’s been rewarding to see Riot move into so many different forms of media – not only games but esports, comics and a TV show as well.

I’m excited to say I’ve lived in Los Angeles for eight years now and happy to call LA my home. It’s done so much for me creatively and I’ve met so many wonderful people here.

Has it been a smooth road?
The game industry can be both insanely rewarding and outright frustrating at the same time. It can be a real morale killer when a project or game gets canceled and teams have to break apart, but it makes the successes mean that much more. Overall I have been lucky to have a lot of good people in my life that have helped and supported me with each transition – whether it’s to a different city or job or livelihood.

We’d love to hear more about your work and what you are currently focused on. What else should we know?
It’s a great time for Riot because over the past year we have gone from being a one-game studio to having three games out now, as well as a multitude of other media focusing on those games. Riot is an online gaming company best known for League of Legends, which is the game that I currently work on. I’m a concept artist working on the Champion Design team, which is a team that creates new characters for the game and also updates older characters that are in need of modernization. A lot of thought goes into these characters now, not only from the art side but from a game design and story perspective as well, which I am really proud of.

How do you think the industry will change over the next decade?
I see the industry being a revolving door of people going from big studios to joining/starting up their own indie game studios. Some of those projects will take off and become successful, and some people will come back to larger studios with that experience and knowledge. Artistically, I think styles and visuals from around the world will continue to blend together more and more, and I think our definition and perception of hero and story will change in games going forward. I’m interested to see where VR goes in the next few years as well! 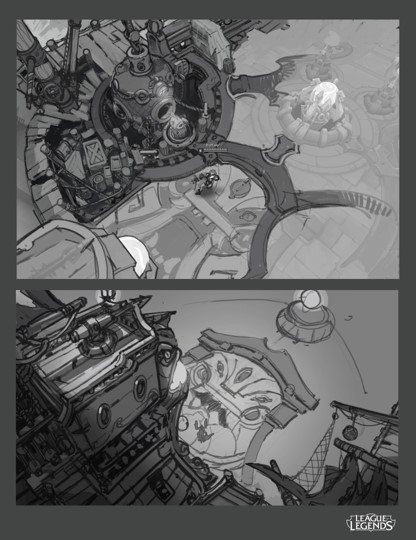 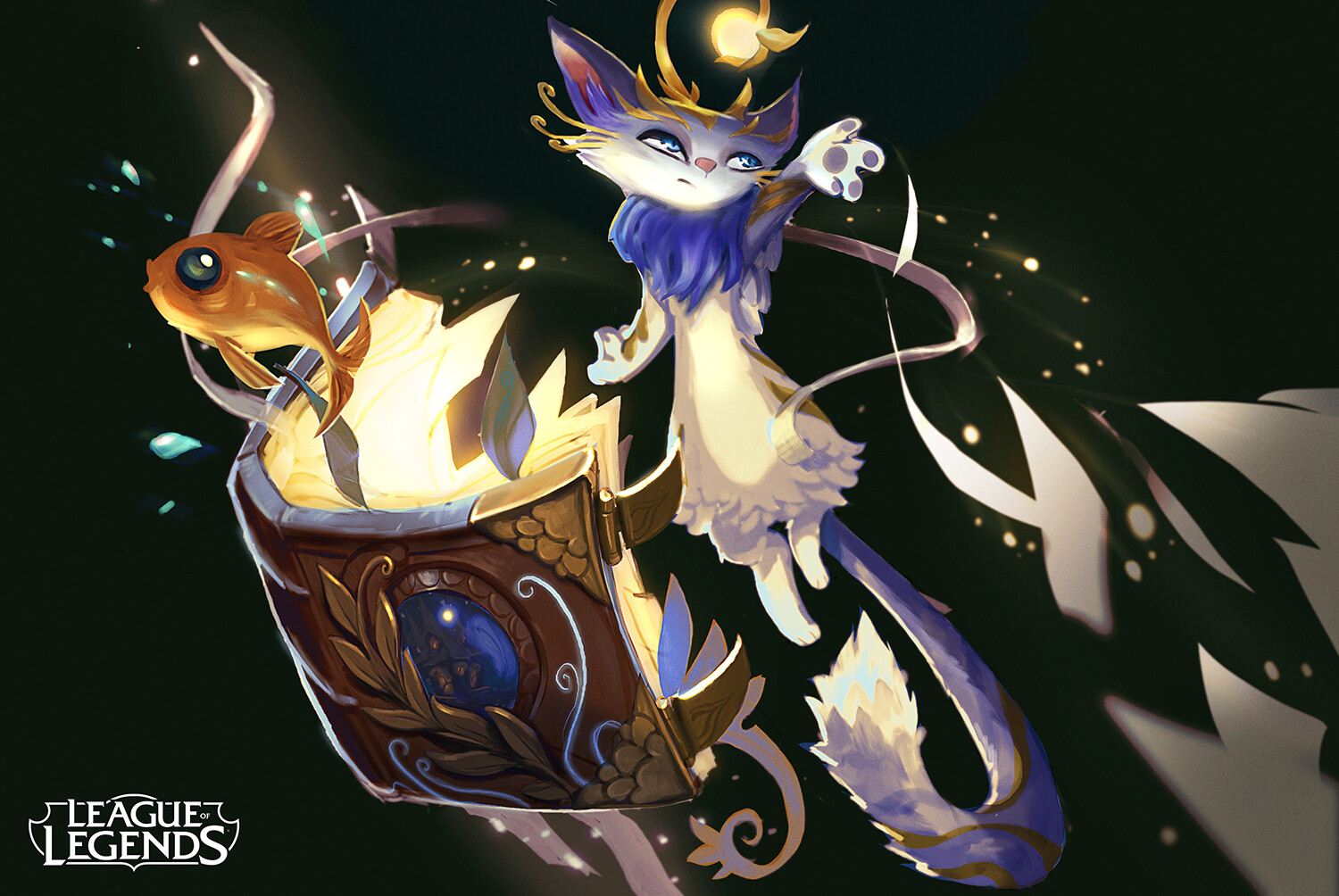 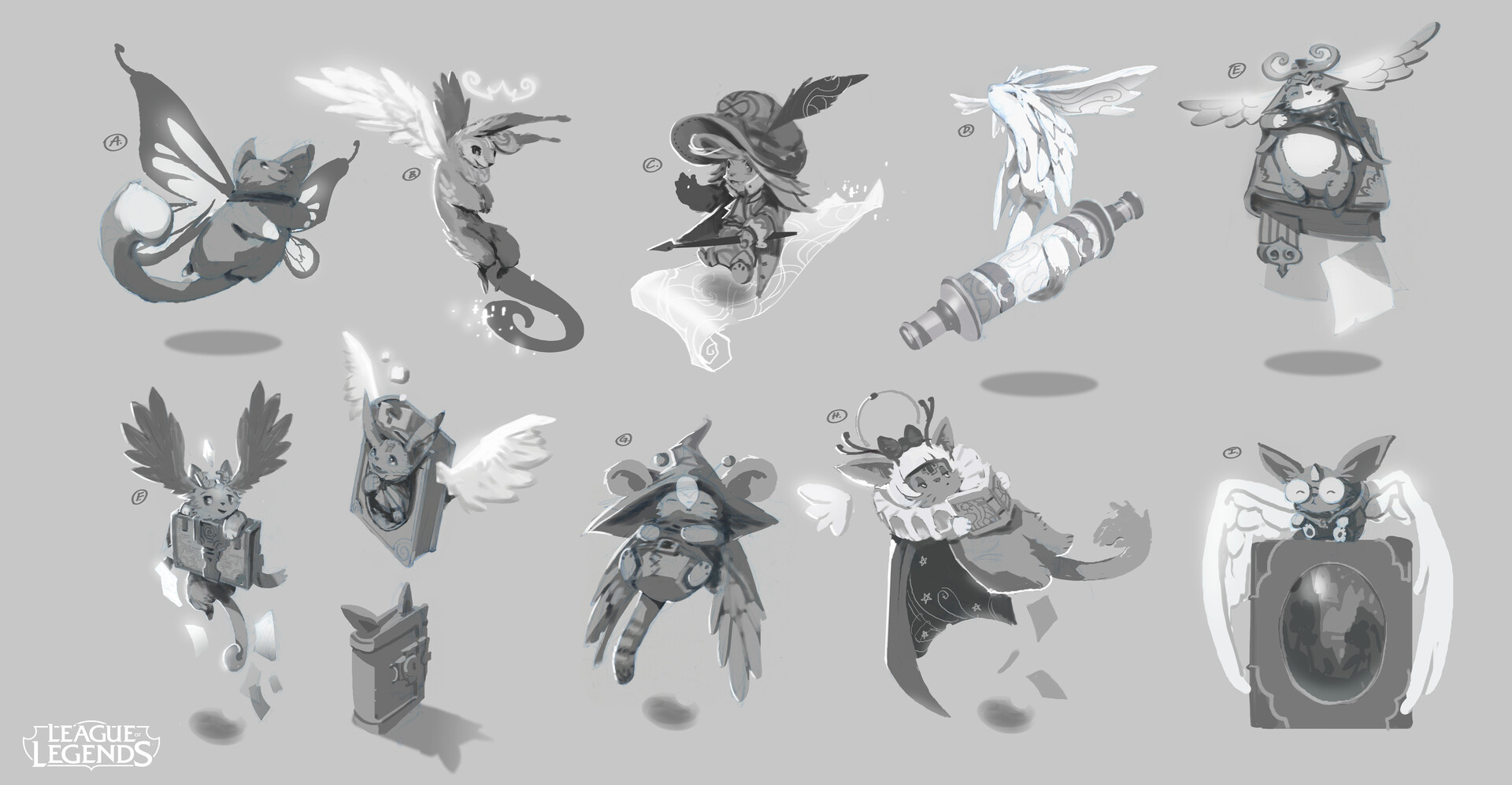 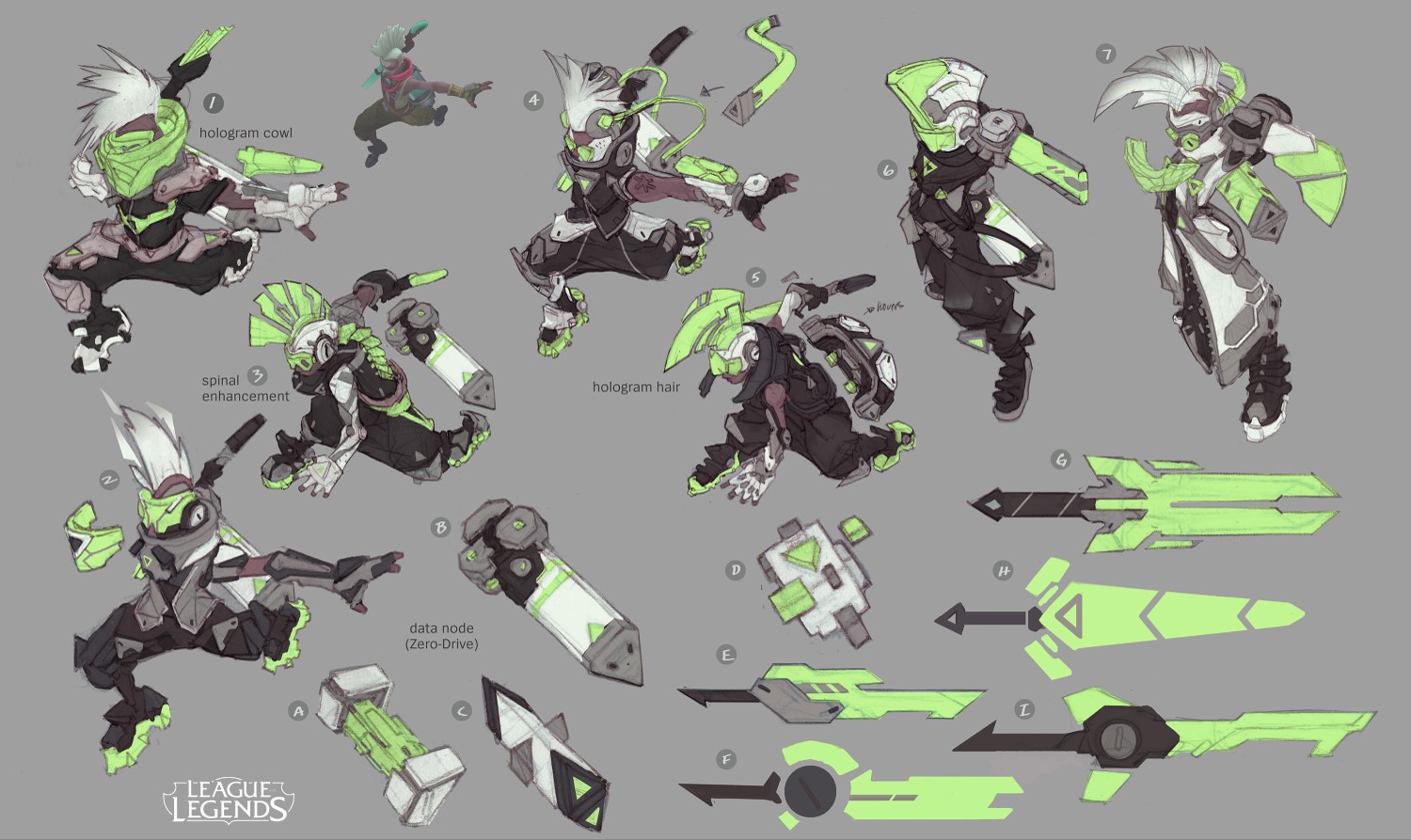 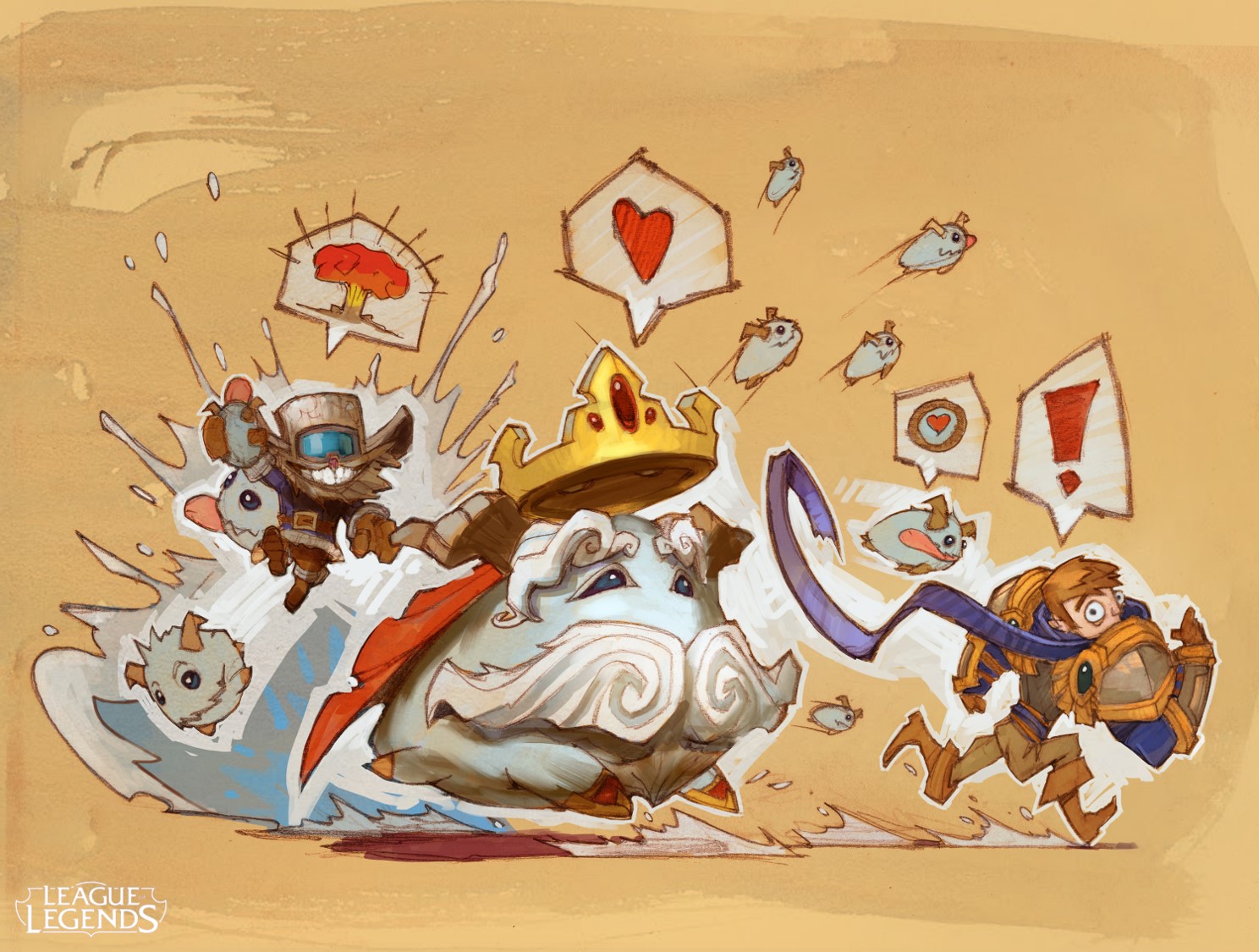