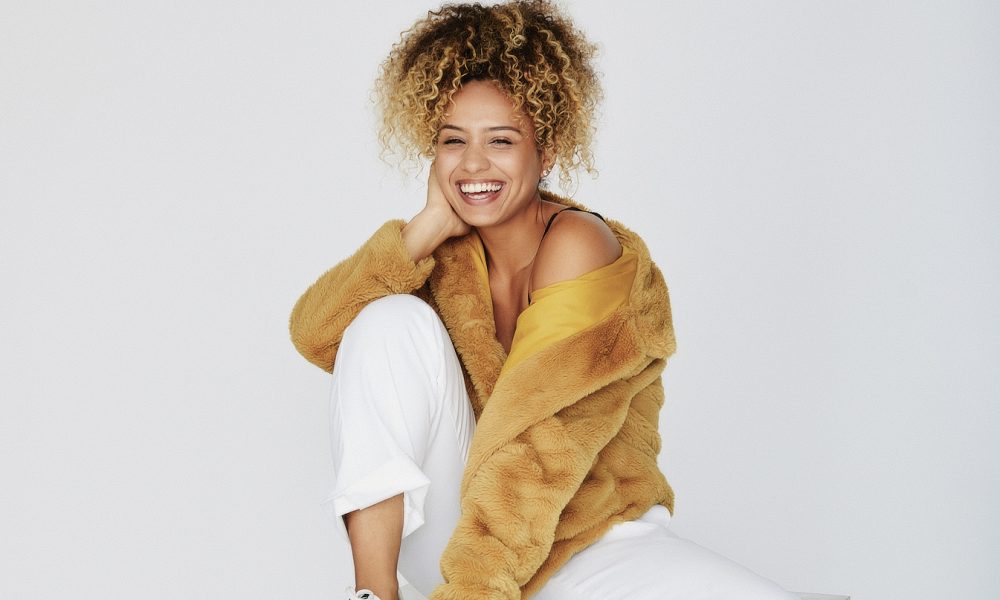 Today we’d like to introduce you to Justice Domingo.

Thanks for sharing your story with us Justice. So, let’s start at the beginning and we can move on from there.
I am a 22 years old professional dancer who was raised in Los Angeles. I was originally born in the bay area, though after my parents divorced my mom moved our family to LA for new life and opportunity. She was a single mom struggling with two kids and there were more hard times than not. The light in our family was dance. My dance journey actually started because of my older brother; He was a dancer before I was even born, and he was well sought after. Choreographers from around the country saw videos of my brother and wanted to train and work with him. Debbie Allen was one of those people. Not long after our move to LA, my brother began training at Ms. Allen’s studio under full scholarship. I was about four years old at the time so I was always dragged to my brother’s rehearsals so my family didn’t have to get a baby sitter. At the time, Ms. Allen was rehearsing for her notorious stage play, Pearl (2002). I was a four years old watching these rehearsals as if it was my favorite television show. I grew to know every word to the play, the songs, and dance numbers down to a T. Ms. Allen ended up casting me in the play as her youngest character, “Monkey Juice”, and I celebrated my fifth birthday performing on her iconic stage. For the next several years, I trained at her studio daily while on a full scholarship. The training was in all styles including ballet, modern, jazz, tap, flamenco, dunham, and African.

By time I was 7, I was signed to BLOC talent agency and was working professionally. I danced as much as I could. I went to performing arts schools and was extremely active, and eventually began homeschooling because dance was taking up so much of my time. As a teenager, I traveled to commercial dance conventions like Pulse and was fortunate enough to receive scholarships to the conventions as well. I met a lot of powerful choreographers during this time who ended up hiring me to work for a lot of popular teen artists such as Mindless Behavior, Zendaya, and Diggy Simmons. This was around the time social media began to take off and just like that I had a decent following on Instagram just from dancing for these popular artists. It was insane how fast it grew and how so many people I had never met before, knew who I was. At 15, I began teaching beginning and intermediate hip-hop classes around the country by demand. Many young girls my age were inspired by me and wanted me to come teach in their city. Ms. Allen also gave me a weekly teaching slot at her studio. As a 15 years old girl from Inglewood, CA… it was overwhelming. I never imagined my life to be what it was. I never thought people around the world would know my name.

I ended up graduating high school early and going to Loyola Marymount University by time I was 16. I studied… yep, you guessed it…. DANCE and communication studies. I earned a lot of my educational scholarships through dance as well. In college, I really found my voice in choreography and began putting together full-length concert dance work. I began producing shows that would allow me to coordinate my own lighting design, costume design, cast and crew. These works were often about my experiences growing up a biracial, bisexual, sexually liberated girl. It told stories of my childhood trauma, an abusive divorce, dealing with a mother who struggled with drug addiction, racism within my family— Dance became personal to me; it worked in my entire life as a healer and as I got older I saw how my stories could heal other people.

Great, so let’s dig a little deeper into the story – has it been an easy path overall and if not, what were the challenges you’ve had to overcome?
By all means, my journey was not a smooth one. Like many artists, there were things that I kept hidden and didn’t share about my personal life. My home life became the reason I needed dance so much and found solace within the art form. As I briefly mentioned, my mom was a single parent of two and times were hard. We struggled a lot financially and had to make sacrifices daily. We lived check to check in a not so great neighborhood. There were gangs and drugs everywhere. When I was about ten years old, my mom told me and my brother that she had relapsed on drugs. At the time, I didn’t even know what the word “relapsed” meant— but from the fear in her eyes and tears running down her cheeks, I could tell it was not a good thing. I didn’t really know how to handle that as a kid and began acting out. I would get kicked out of dance classes for being disruptive, and eventually expelled. It wasn’t until I was casted in Mindless Behavior’s “My Girl” video that things turned around for me. I developed a long working relationship with the group and worked with them until I was about 15 years old. They kept me out of trouble to say the least! I was able to see beyond my circumstances and love dance again.

On April 7, 2013 I taught another sold-out class at Debbie Allen’s studio. I brought three of my best friends who also dance with me and my mom was there of course. It’s important to know that despite her struggle with addiction, my mom was never absent. She was still very active in my life and supported everything I did. We were on our way to dinner after my class when our lives changed forever— we were involved in a horrific freeway accident that almost killed my mom. She could not walk for two years. She had to get 11 major surgeries, one in which she contracted a rare strain of MRSA. For those of you who don’t know about MRSA, it is a flesh eating disease that literally eats you from the inside out. I thought this would be the end of my mom’s life, but God had other plans. My mom was fighting so hard for her life in and out of hospitals that she had absolutely no choice BUT to get sober. God showed mercy on her. Today, my mom is fully recovered from the accident and has been sober for seven years. My family life heavily impacted my art from this period forward. Everything I created in college stemmed from my pain— and once I graduated it was back to the tough commercial dance industry.

The dance industry changes and evolves every year, so being “out” for four years to go to college really set me back a lot. The industry I grew up in felt completely foreign. I didn’t know half of these new choreographers and they didn’t know me. I was essentially starting all the way over and it was tough. Jobs weren’t coming easy like they used to and I had bills to pay. I worked several 9-5 jobs including multiple law firms, administrative work, casting directing— you name it. All the while, my dream was to be dancing full time like I’ve always known. I experienced really dark depressive episodes of not feeling good enough. The only dream I’ve ever had was to dance and share my gift, I was completely lost. All I could do was continue to pray and manifest, and as of six months ago I became a full-time dancer again.

We’d love to hear more about your work and what you are currently focused on. What else should we know?
I call myself a creative artist. Dance is my primary creative medium, although I don’t like to limit myself by just saying I am a dancer. I dabble in many other aspects of this entertainment industry such as producing shows, casting directing, choreographing, and teaching introductory classes to name a few. I discovered my purpose in each of these endeavors, and I feel that my calling is to use these gifts to create work that elicits a response from those who receive it. That may seem vague, but at the end of the day I believe the purpose of performance art is to allow people to experience one’s mind — My work is known for pushing boundaries. My choreographic work is typically a fusion between contemporary and hip-hop dance styles, often driven from a personal experience of mine. I’ve touched on subjects relating to mental health in the black community, racism within mixed families struggles with sexuality and even flaws in our justice system.

As much as I love commercial dance and being on television with famous artists, I can honestly say that I am most proud of the work I have done outside of that world. I’m proud of the vulnerability I have put on stages. I am proud of the art that I’ve made that provoke thoughts beyond, “She’s a really great dancer, I enjoyed watching that performance”. I want people to leave my shows asking questions, reflecting on their own experiences, and feeling connected. 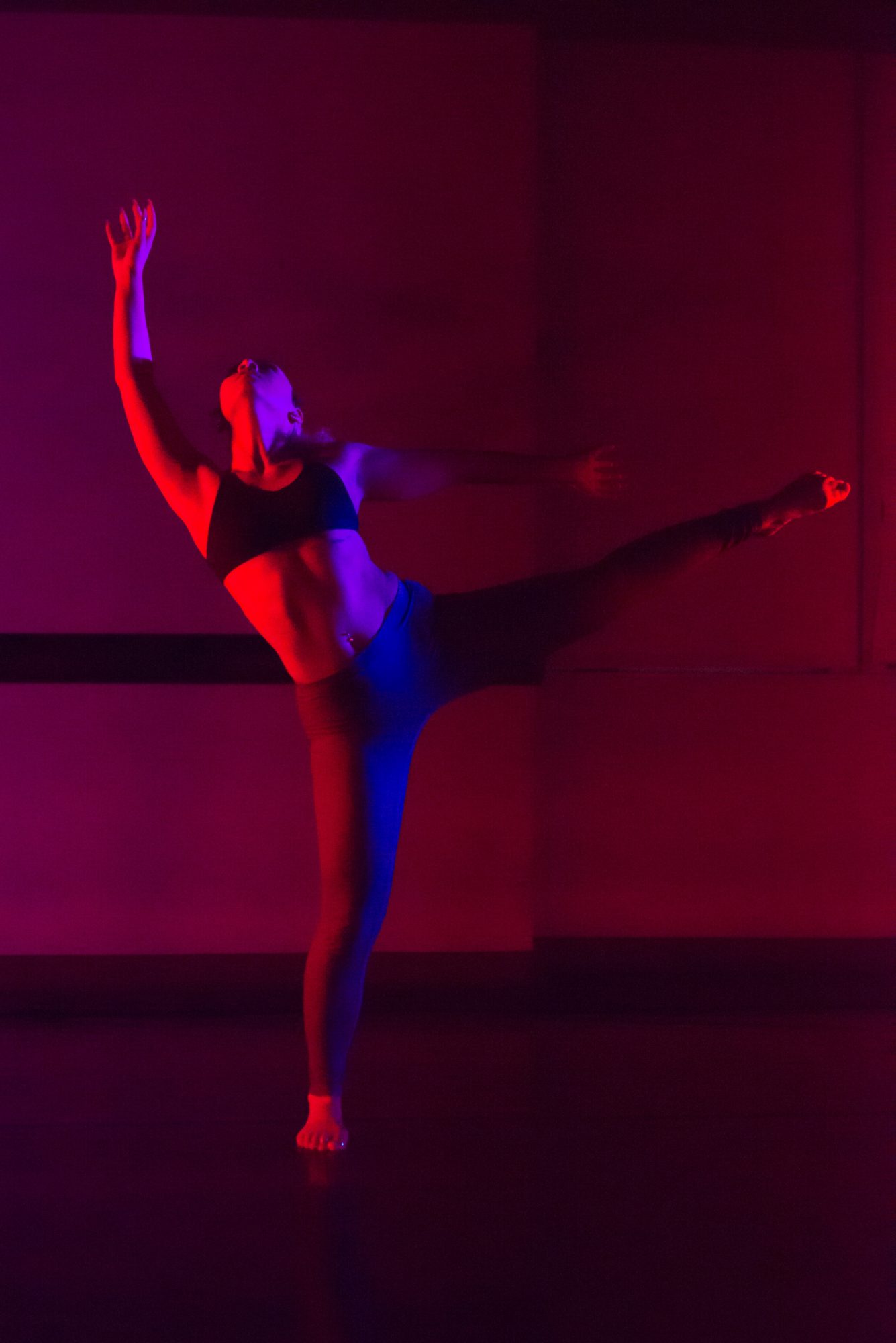 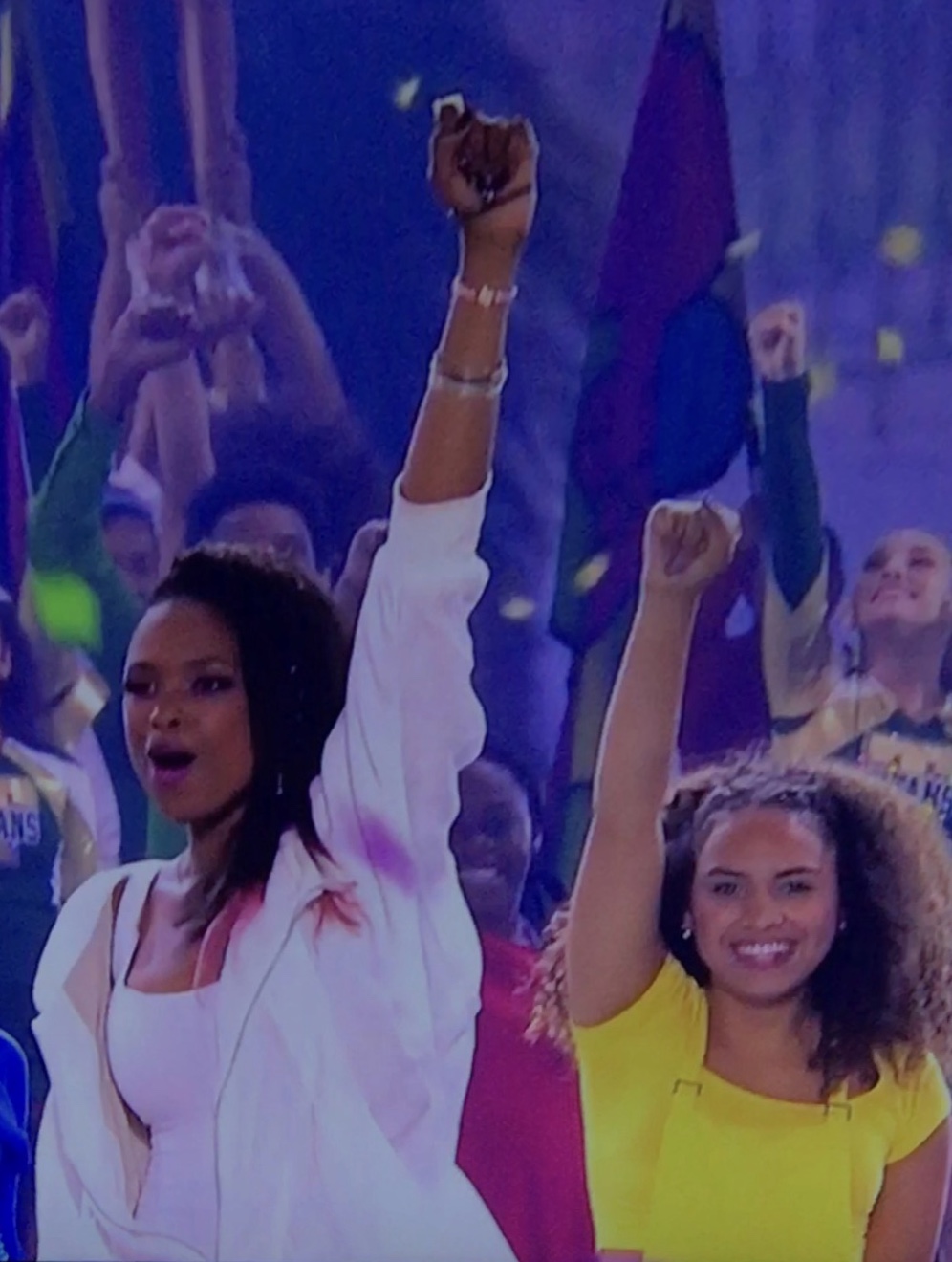 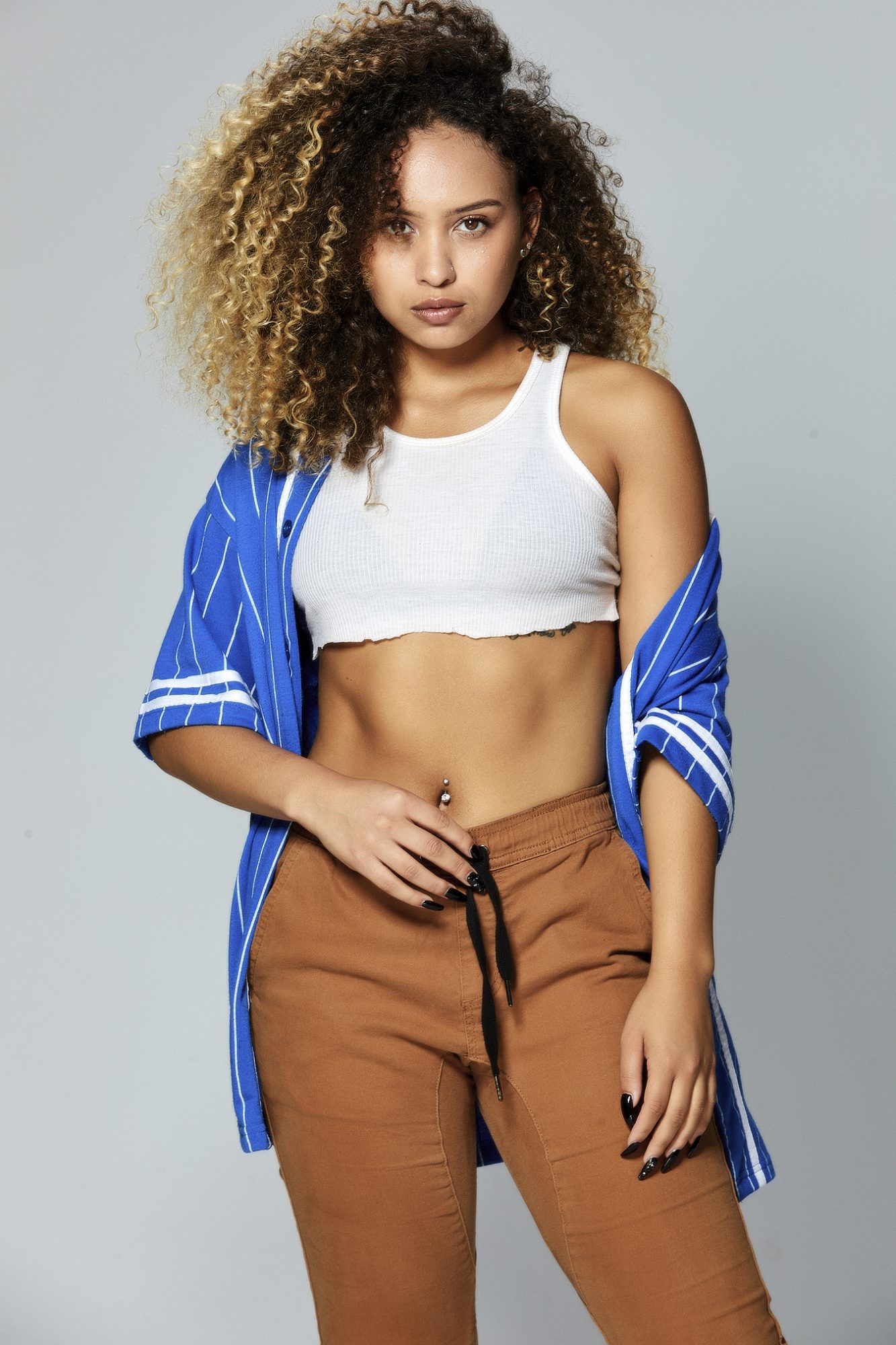 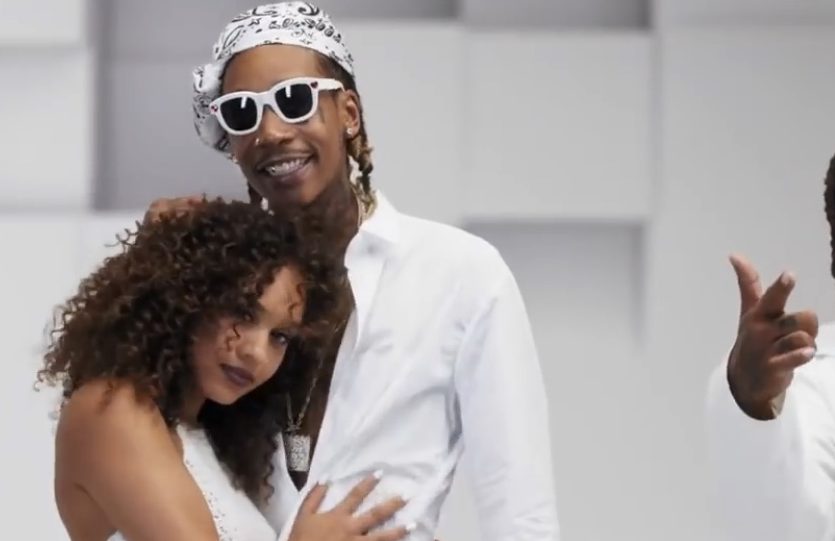 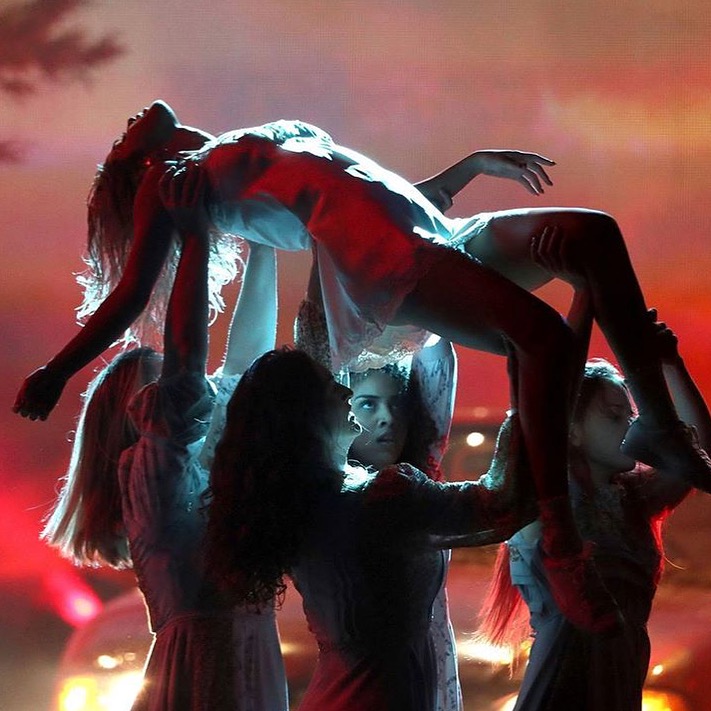 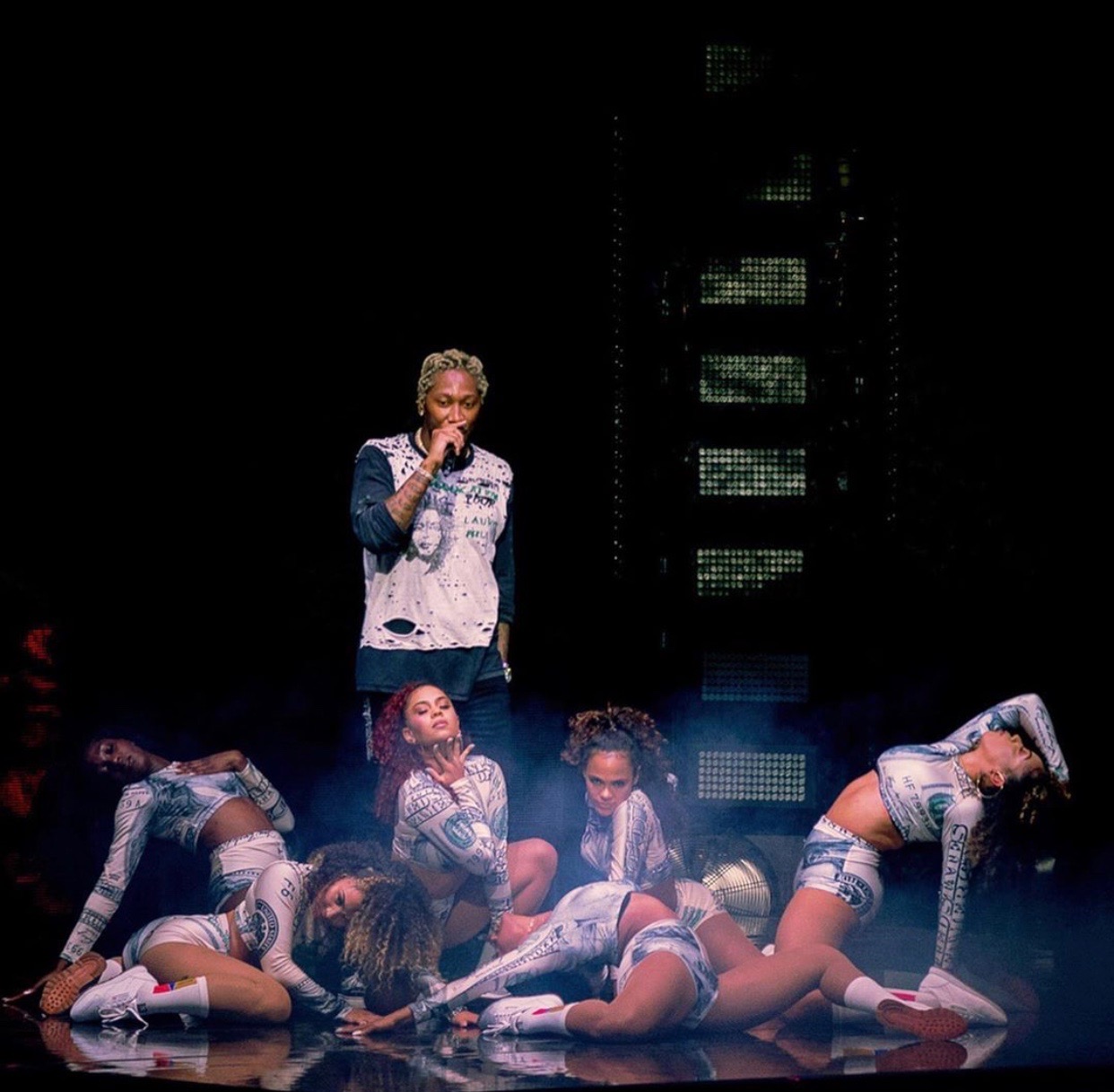 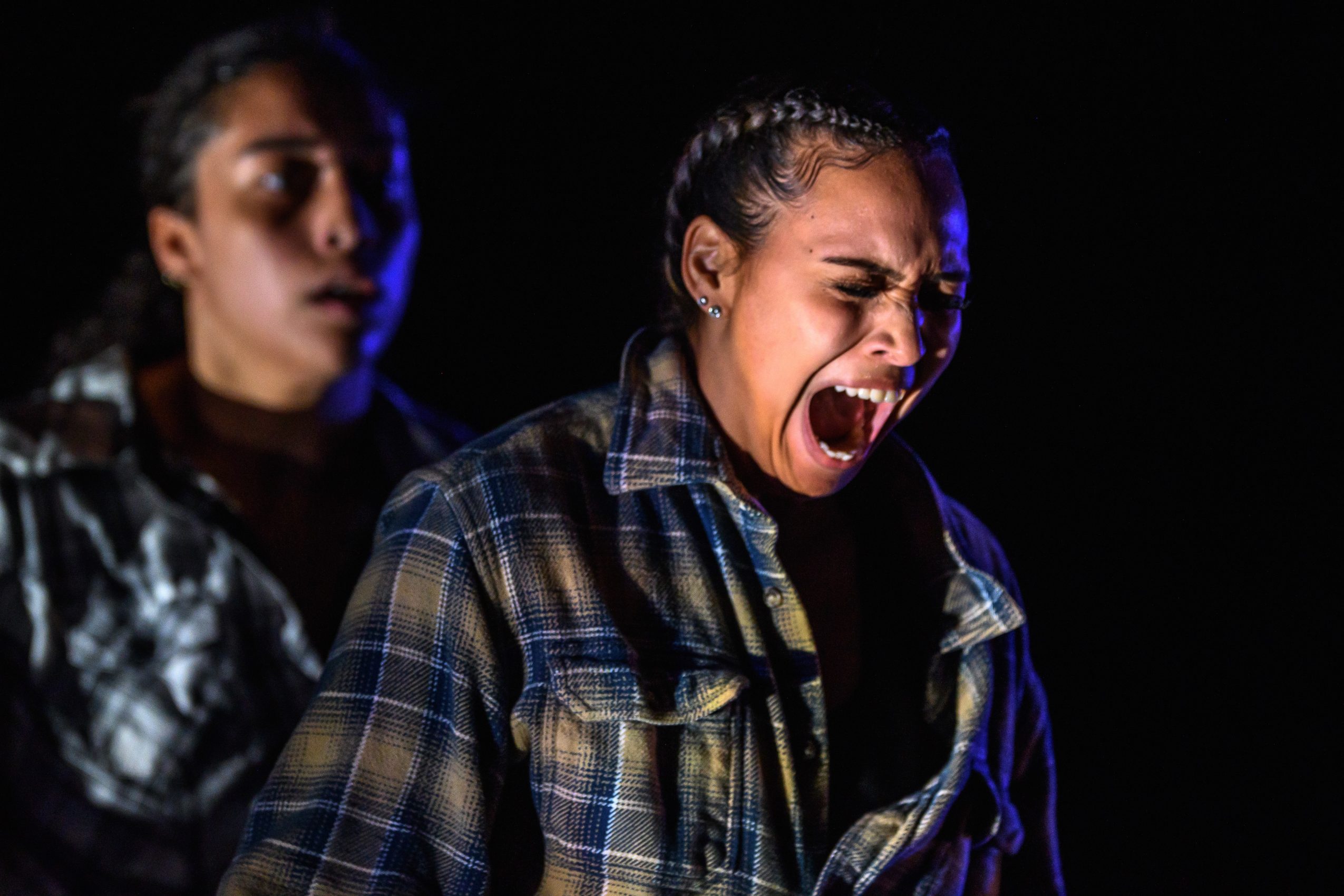