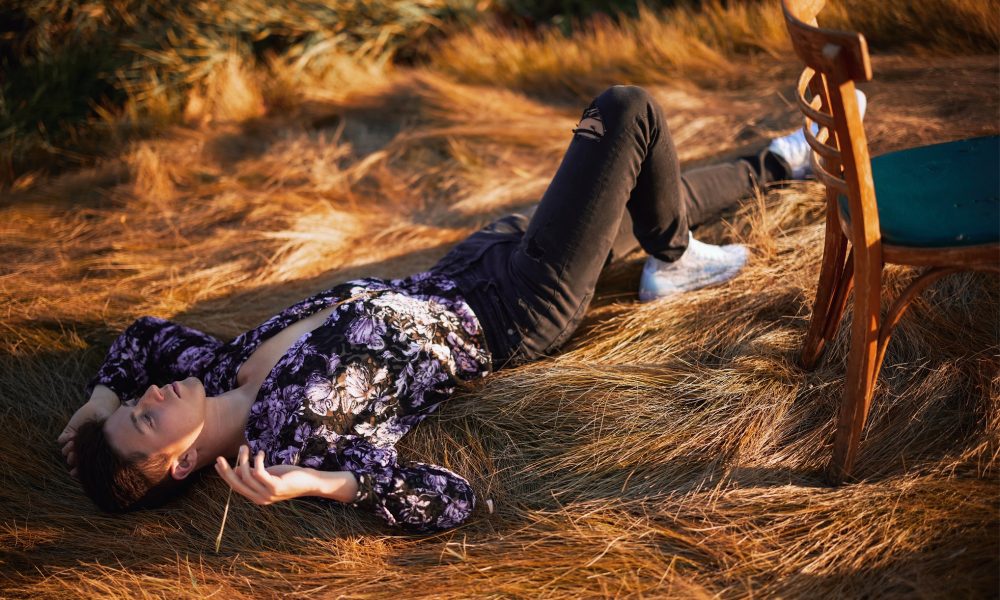 Today we’d like to introduce you to Julien York.

Alright, so thank you so much for sharing your story and insight with our readers. To kick things off, can you tell us a bit about how you got started?
Growing up, I was a fiend for creating. My parents had this small camera they never used and I took it on to play around with it. Anywhere I’d go, if there was a camera in my possession, it was what gave me life. Ideas always ran rampant in my mind, it felt endless to what I could imagine. From creating videos and short films for the fun of it on an old camcorder & iPod with my hometown friends, it jolted the path I was to follow in life. In high school, I felt like an outcast from everyone else. While the norm for teens was to hangout, party, etc. All’s I wanted to do was be in front or behind of a camera creating literally anything. I was constantly making videos for YouTube, Vine, Musically (now Tiktok), and live broadcasting. That was my only happy place where I could truly be myself. After taking a video production class in high school it really put it into perspective that this was a true possibility. I started modeling and acting and was picked up by a few agencies, where I did runway, print, and landed in commercials/videos for Nike, Adidas, Eminem and Joyner Lucas. I went to Mott Community College in Flint, MI where I received an AAS in Media Arts & Entertainment Technology and an Emmy Award.

Then transferring to my top school of choice Madonna University in Livonia, MI, where I received a soccer scholarship to try and finish out a BA in Broadcast in Cinematic Arts. Although that wasn’t the case. After a successful first year at the University, I really wasn’t learning much at all. I was teaching myself the ropes and very noticeably seemed to be at a much higher level in my career than anyone I had encountered. Teachers pulled me aside on many occasions saying “why are you here? you don’t need this.” I again was an outcast in a different light, I needed a much bigger challenge. COVID-19 struck the world and it threw me in place where the only thing I knew to do was create. Back in October of 2019, I created my first music video for a local artist in MI named Vega-Genesis which then led to making multiple more. I fell in love with it. As the year of 2020 started, I roughly created one music video per month with Vega until he came to a decision making a move to LA. He then opened the door to another local artist after he left, that was well known in our community and I was able to create more videos for someone new. I then officially launched the start of my production company, “York X Productions.”

After being able to create more, it catapulted me into having my first hit, with a video surpassing 100k views, everyone had now discovered “York X,” then asking who’s this “Julien York” guy? July 2020, I made my very first trip out to Los Angeles where I reconnected with Vega to create a new video for his new album. As I came to the land of California Dreaming, I fell for it and the people, I instantly knew that this is a place I belonged. As my final school year approached in August, I was left with a big life decision. I was to either continue riding the wave of making music videos or finish out my last year of college, losing the momentum I had built over the summer. I went all in and dropped out of college, stopped playing soccer, quit my job, put everything down and put 100% into making something of myself. My gut feeling told me this was my time. The next few months would decide my fate, and it was the best decision I’ve ever made. I now am fully self-employed, moved from Michigan, and am living in Hollywood running my business, making music videos for hip hop artists and influencers all over the US, as well as part-time being an entertainer on camera modeling & acting.

I’m sure you wouldn’t say it’s been obstacle free, but so far would you say the journey have been a fairly smooth road?
In many ways, it has been the perfect story to where I am now, a perfect story meaning there is a great storyline, but in that there is conflict, and the ups and downs that make life interesting, which are things that make a struggle so beautiful to see and hear. This is merely the very beginning. From going through college, working on feature films, live TV, web series, and TV shows, it exposed me to a world I thought I wanted. Saving up all the money I ever made and investing it into myself to buy a camera and equipment was a big leap. This wasn’t something I was born into, I had to learn the ropes from the bare bones of things. I took on the task to have my own business, working all the jobs that being in this industry would need a whole crew for, have definitely humbled me and my process of work ethic. By no means did I get to this point quickly because it took years and years of trial and error, sitting alone with no one around learning the ins and outs to make myself succeed.

Appreciate you sharing that. What else should we know about what you do?
There are many titles as to the things I do, to say the least, I am a Director, Director of Photography, Videographer, Model, Actor and Athlete. I run my own production company, York X Productions, specializing in music videos as well as commercials and short-form content. On social media, most people know me as a fashion model and entertainer. Depending on the community you find me from, there are many different ways I am perceived. I title myself as videographer and model. Funny enough, modeling is one of my favorite things to do. Being in front of the camera for me is a safe place where I can express myself through subtle expressions and poses while having fun through the process.

In front of the camera, I can be whoever I want to be without any boundaries, and that’s what I feel can set me apart from conventional models. I’m more than willing to try anything thrown at me in any condition, making me versatile in a series of looks and feels. When it comes being behind the camera creating music videos, I’m not one to ever do go with the trends. Working on a video, my full attention and heart is set in making a story come to life. I do what I feel when I hear a song. Each song has a look, feel, and story that projects in my head rent-free. My brain is my gold mine. If you sit with me and play any song, I can promise a whole entire video concept in full explanation from the 1st to listen. These things come to me naturally which I still haven’t fully grasped yet, but I just know I’m in my rightful place.

Are there any books, apps, podcasts or blogs that help you do your best?
As for a resource that helps in my daily life, listening to music on Spotify makes my days easier. As a music video director, my life quite literally revolves around music, so listening to music for me is almost like watching a music video in my head. Every song sends me into a different world that I could potentially create and that for me, leads me on in my day to day. To piggyback on it, YouTube is also a heavy resource of use to help me be my absolute best because that is where I learn new techniques for lighting videos, editing, concepts, you name it. I can cultivate new ideas to help me be the best version of myself. 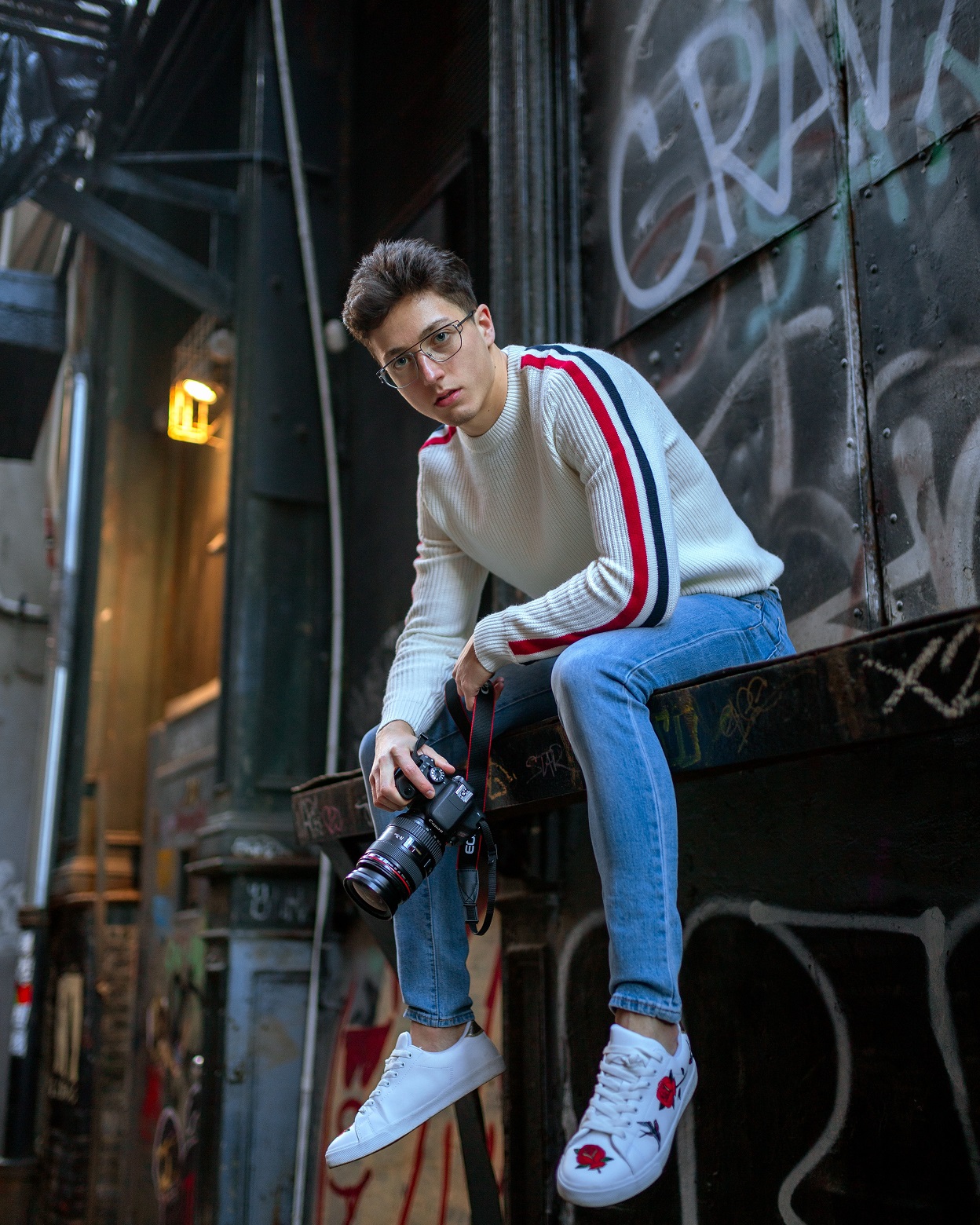 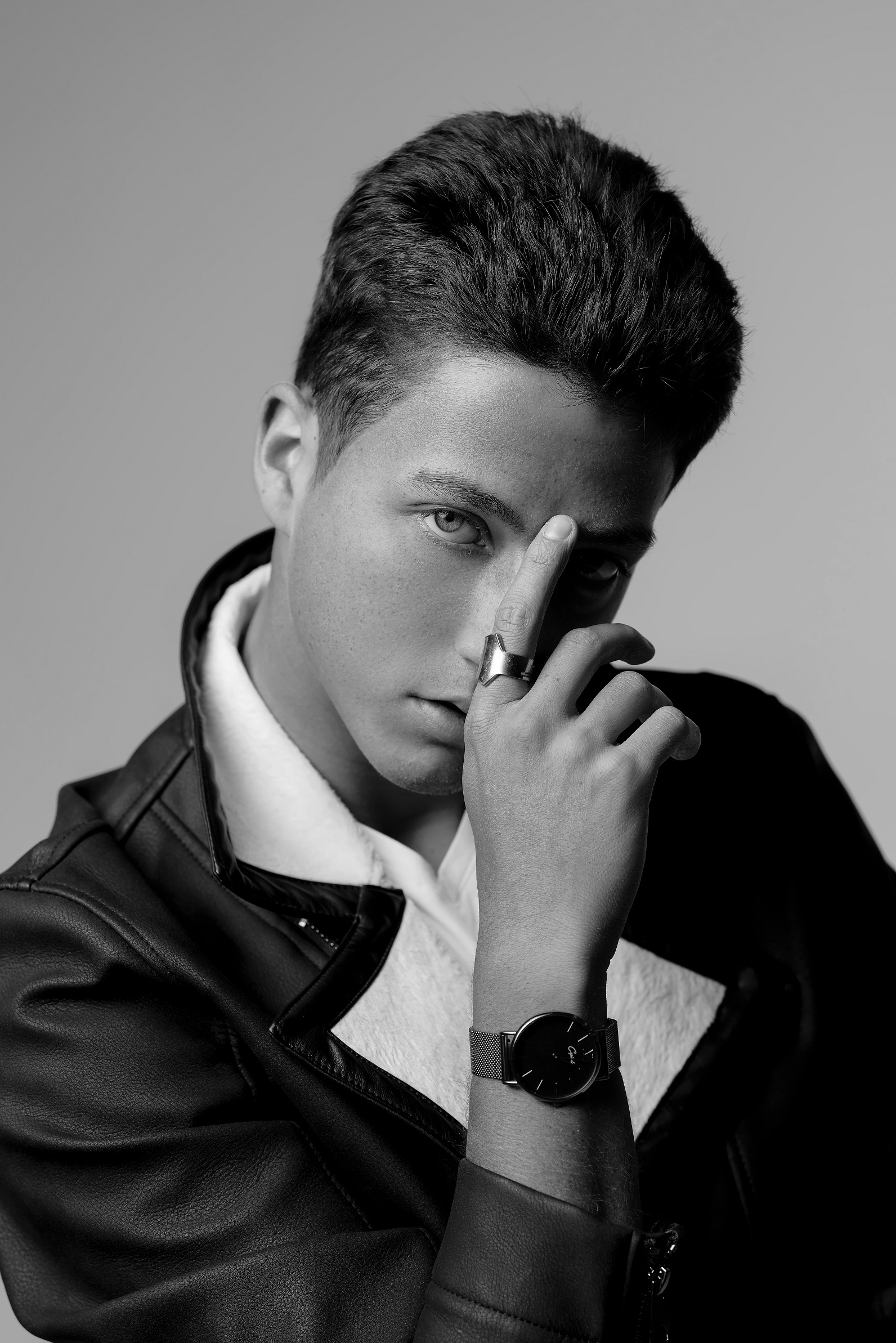 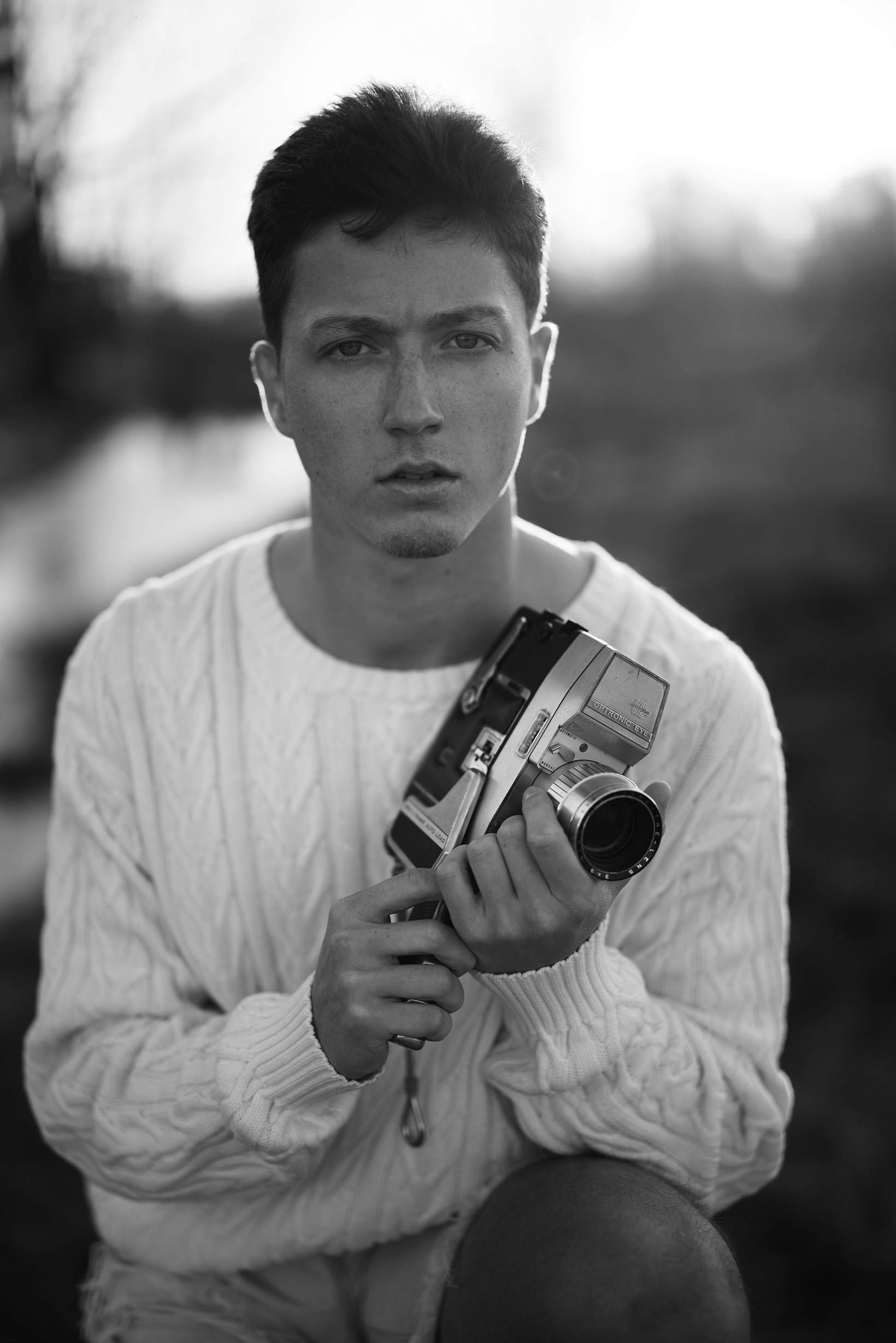 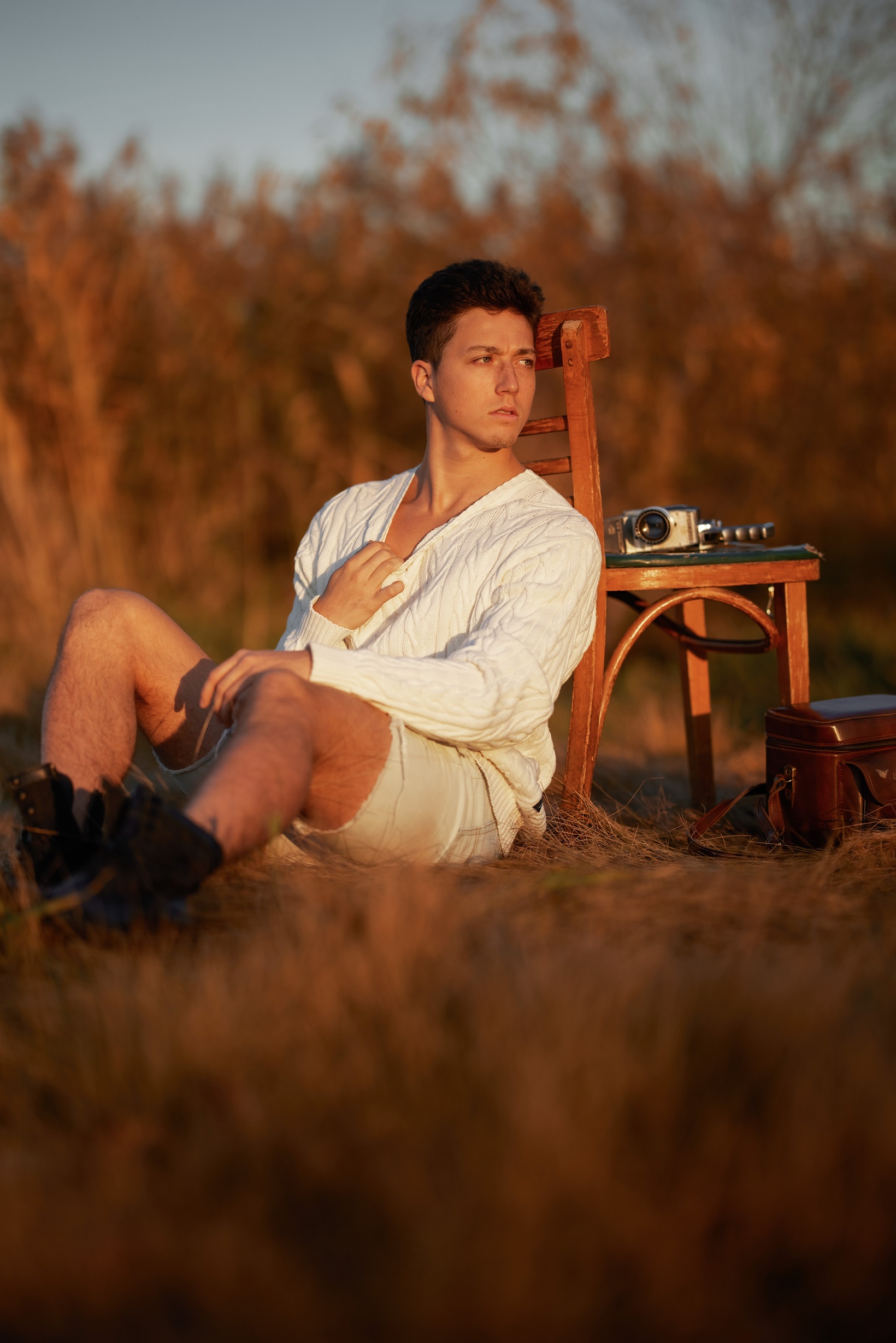 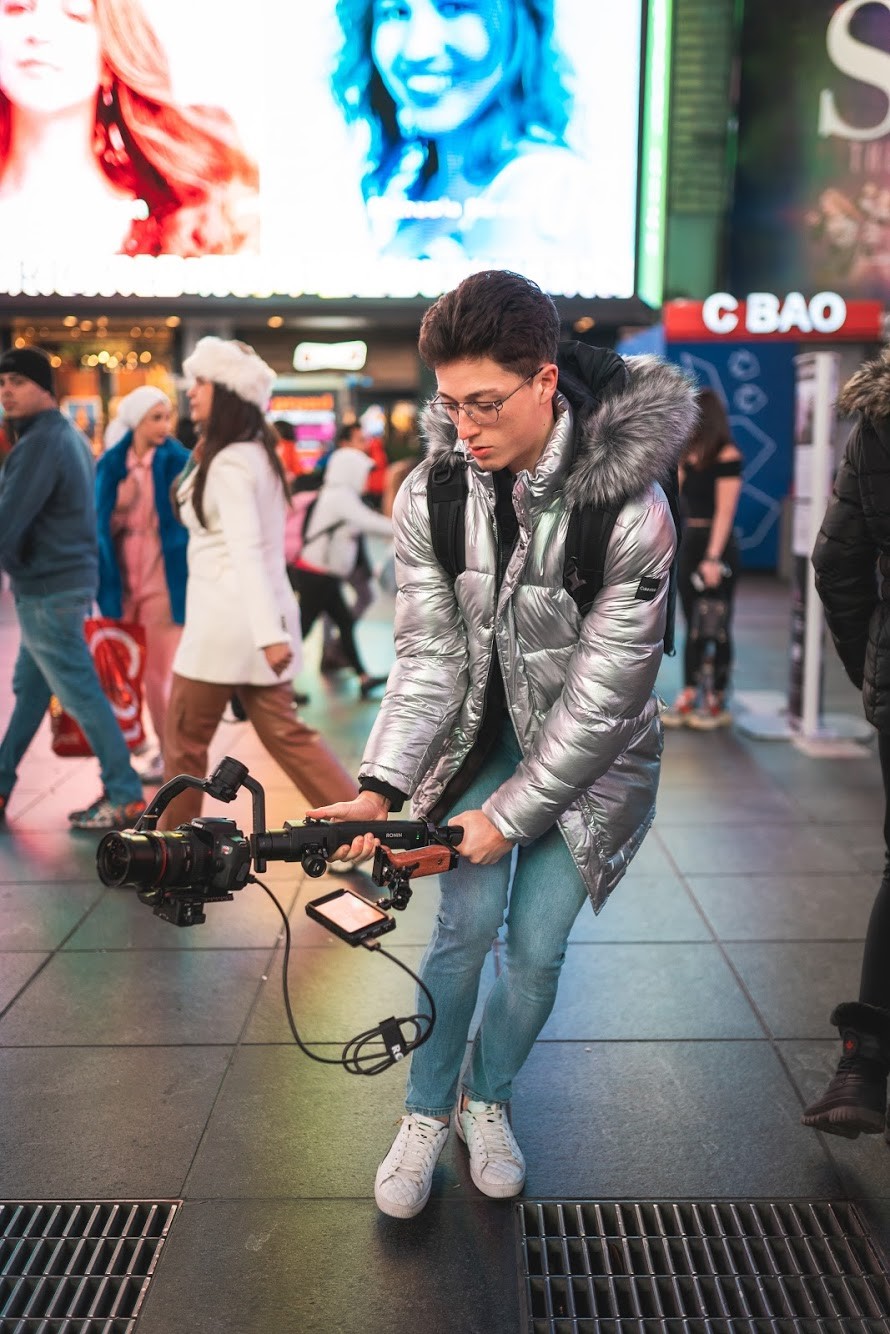 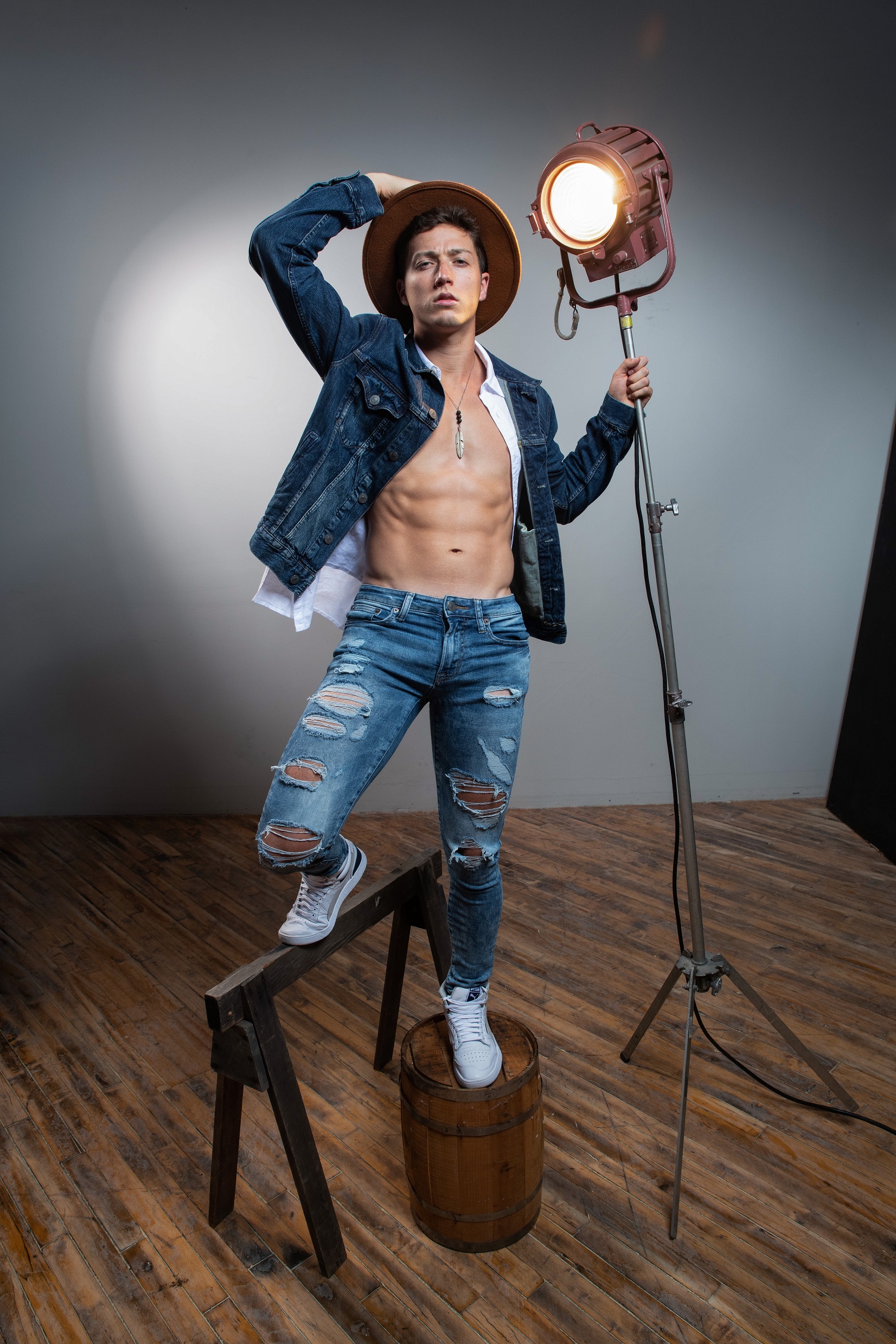 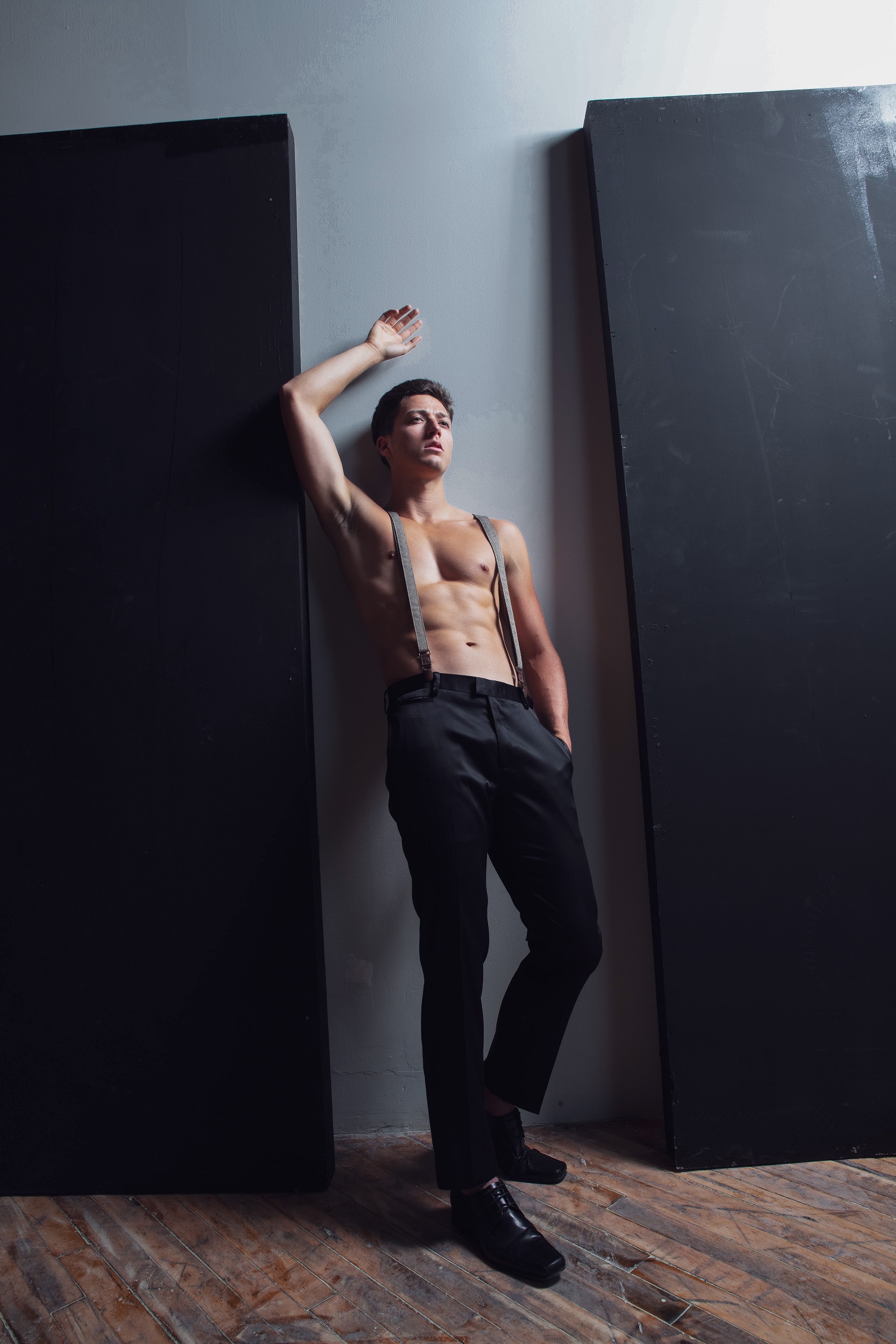 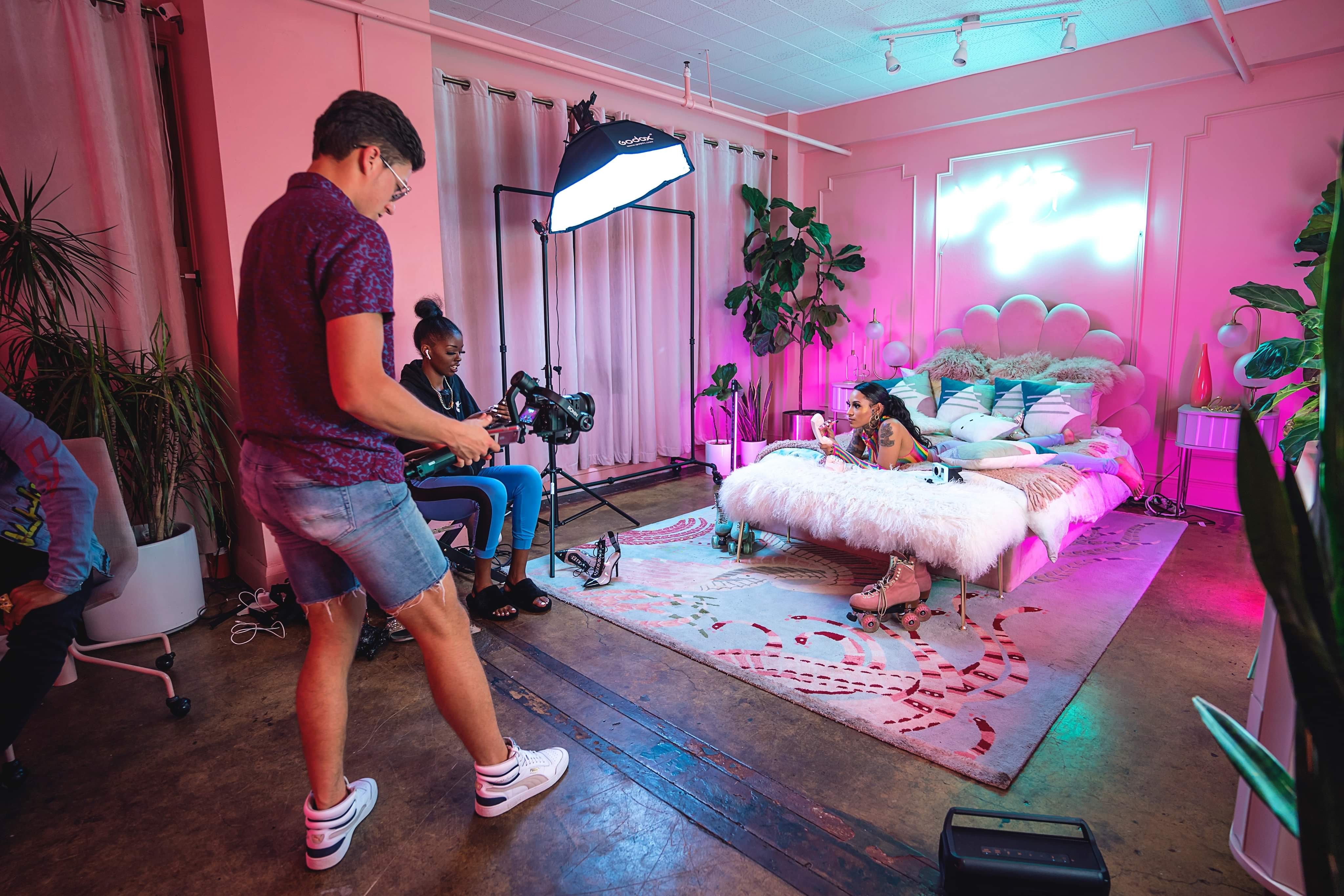