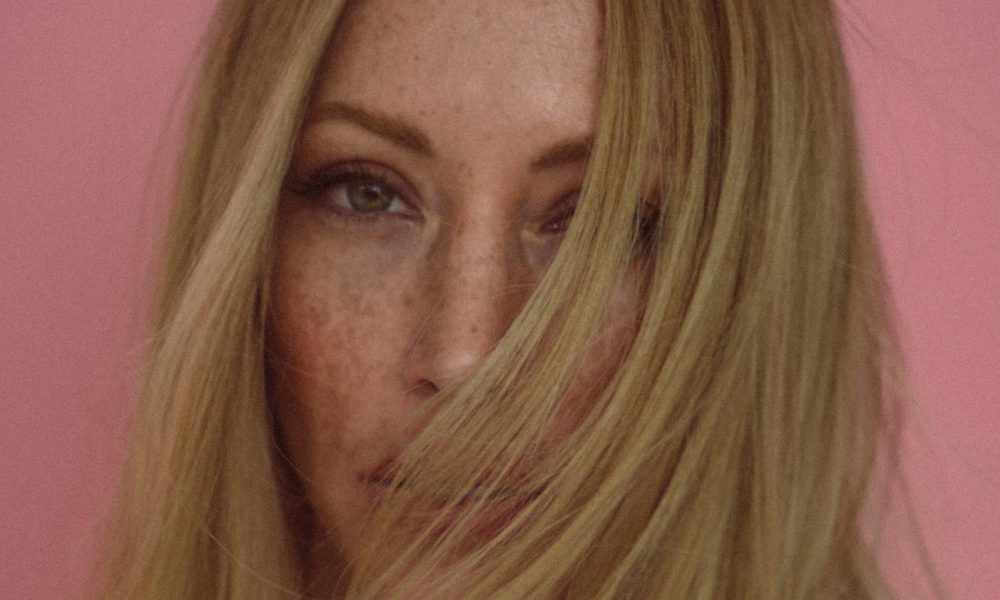 Today we’d like to introduce you to Julie Mintz.

With her delicate yet commanding vocals, Julie has a rare ability to turn the most nuanced of feelings into songs that captivate. On her forthcoming full-length debut, the L.A.-based singer/songwriter muses on longing and disillusionment and romantic confusion, an exploration made all the more enthralling by her moody and luminous take on Gothic Americana. But in choosing a title for the album, Julie landed on Abandon All Hope of Fruition—a phrase that speaks to the transformative power in trading yearning for acceptance.

“If you take it at face value, it might sound hopeless, but it’s actually very freeing,” says Julie, noting that the title refers to a passage from American Tibetan Buddhist Pema Chödrön’s classic book When Things Fall Apart. “It’s about letting go of the hope that things are going to be different in the future, and moving toward an appreciation of where you are right now. Giving the album that title felt like a good way to remind myself of where to put my attention going forward.”

Abandon All Hope of Fruition follows her quietly stunning debut EP The Thin Veil, a 2015 release produced by Moby (whose live band she joined as a background vocalist and keyboardist in 2011). In bringing the album to life, she teamed up with producer David Jerkovich and musicians like Ben Peeler (a pedal steel guitarist known for his work with Father John Misty, Dawes, and Shelby Lynne), Tripp Beam (Moby’s longtime drummer), and Mindy Jones (a singer who joined her in creating the radiant harmonies woven throughout the songs).

Though it was mostly made at Jerkovich’s Balboa Recording Studio in the Glassell Park area of L.A., Abandon All Hope of Fruition also includes a Moby-produced rendition of “The Sorrow Tree”—a track from the electronic-music pioneer’s most recent album, Everything Was Beautiful, and Nothing Hurt. In a departure from the original version (which featured Julie as the singer), her update of “The Sorrow Tree” unfolds as an acoustic slow-burner centered on her hypnotic and haunting vocal work. “It’s funny because even though I wasn’t there when Moby wrote that song, it completely fits with so many of the themes I tend to write about,” says Julie. “That idea of mournfully waiting for a lost love is very much connected to the other songs on this album.’

Also showing her distinct gift as a song interpreter, her starkly arranged cover of John Denver’s “Take Me Home, Country Roads” cuts right to the wistful heart of the original. “Even though John Denver’s version is so jaunty and upbeat, the lyrics feel so melancholic to me,” says Julie. “I used this little keyboard to come up with a strange synth sound, changed some of the chords to minor, and took everything into that darker direction you hear in the song now.”

Elsewhere on Abandon All Hope of Fruition, Julie infuses her subtle intensity into songs like “Hard Needle to Thread,” a dreamy meditation on what she refers to as “my false, fairytale belief that a romantic relationship exists that can save or rescue us, when really it’s a painful needle that wounds.” On “Want to Feel Wanted” (a gently cinematic track driven by her beautifully detailed storytelling) and “Bow and Arrow” (a lilting serenade laced with elegant piano tones and aching harmonies), she reveals the more purely melodic sensibilities recently honed through co-writing with L.A.-based artist Caroline Brooks. Meanwhile, “Tired to the Bone” finds Julie expanding her sonic palette and delivering a ’50s-doo-wop-inspired ballad that caps off with a fiercely belted vocal performance. And on the intimate yet intricately textured “The River,” Peeler’s graceful pedal-steel riffs meet with Mintz’s guitar work to sweetly devastating effect. “I wrote that song on this old parlor guitar from 1920 that I’ve had for a while,” Julie says. “I figured that David would be the one to play the main guitar part when we recorded it, but he told me, ‘I think this song is meant to be just you playing that old guitar.’ It’s more stripped- down than what I’m used to doing, but it felt right to keep it close to the feeling of when I wrote it.”

Born and raised in the South Texas city of Corpus Christi, she grew up on the bittersweet balladry of classic country artists. “My dad loved Patsy Cline—her greatest- hits album was always playing when I was a kid, so now my ear naturally goes to that old-school-country chord progression and the melody that comes along with it,” says Julie. Learning to play piano as a little girl and later picking up guitar as well, Julie also held true to country’s emotional tradition and gravitated toward “sad songs about love and heartache” as she began crafting her own material. Through the years, she’s also found the mood of her songwriting deeply informed by her first-ever experience in the workforce: an after-school job working in a funeral home on the Gulf of Mexico, which included driving a hearse with a body in the back. “I was a cheerleader in high school, so I used to show up at the funeral home in my cheerleading uniform,” Julie recalls. “At the time it was all really scary to me, but I think it ties into me eventually writing this very Gothic music, and this thread throughout my songs about the idea of dying alone.”

While attending Emory University, she studied neuroscience and behavioral biology, but ultimately decided to forgo medical school in favor of pursuing her music career. Still, Julie points out that both fields of study have shaped her approach to songwriting. “I’ve always had this desire to understand the inner workings of my mind and other people’s minds, and that’s so much of what I’m doing with my songs—just trying to work out those curiosities,” she says. Along with releasing The Thin Veil, Julie has spent much of the past few years on the road with Moby, recently joining him onstage at the Hollywood Bowl for a show presented by legendary English DJ Pete Tong, in addition to appearing on The Late Show with Stephen Colbert.

Now gearing up to join Moby for his debut performance with Gustavo Dudamel and the LA Philharmonic in October, she is planning a summer release for Abandon All Hope of Fruition. And in reflecting on the emotional experience of making the album, she expresses a hope that the songs offer some sense of solace to each listener. “It seems like a lot of people struggle with the same kind of issues I’ve written about, so I’d love for the album to help them to appreciate the present instead of being stuck in hoping for something different in the future,” says Julie. “But at the same time, I’d also love for them to just feel like someone else understands what they’re going through, and to take comfort in realizing that they’re not alone in that feeling.”

We’re always bombarded by how great it is to pursue your passion, etc – but we’ve spoken with enough people to know that it’s not always easy. Overall, would you say things have been easy for you?
I think part of being an artist means experiencing struggle, doubt, and an uncertain path. For me, one big obstacle was the stage fright that I’ve battled since I began performing as a little girl. Looking back, I have perspective on how far I have come in conquering some of those irrational fears and feeling much more comfortable now performing my music for an audience. But it’s still in my nature to worry and have a lot of intense anticipatory anxiety before I get on stage. And in general, just building a fan base and having the willingness to perform even when there are only 10 people in the audience is something I think every artist can relate to.

So, as you know, we’re impressed with Julie Mintz – tell our readers more, for example what you’re most proud of as a company and what sets you apart from others.
I am a singer/songwriter and recording artist making Gothic Americana music. I’m very excited for the upcoming release of my debut full-length album “Abandon All Hope of Fruition” on October 5. I have a lot of pride in the in the music I am writing in that I borrows from classic country, folk, and Americana traditions while also exploring the darker stories of my inner-world. My writing delves into the most vulnerable parts of struggles in life and particularly love.

So, what’s next? Any big plans?
I’m looking forward to the release of my album and the album release show I’ll be playing in Los Angeles at School Night! on October 8. Beyond that, I’m eager to have people hear these songs I’ve worked so hard to bring to life. 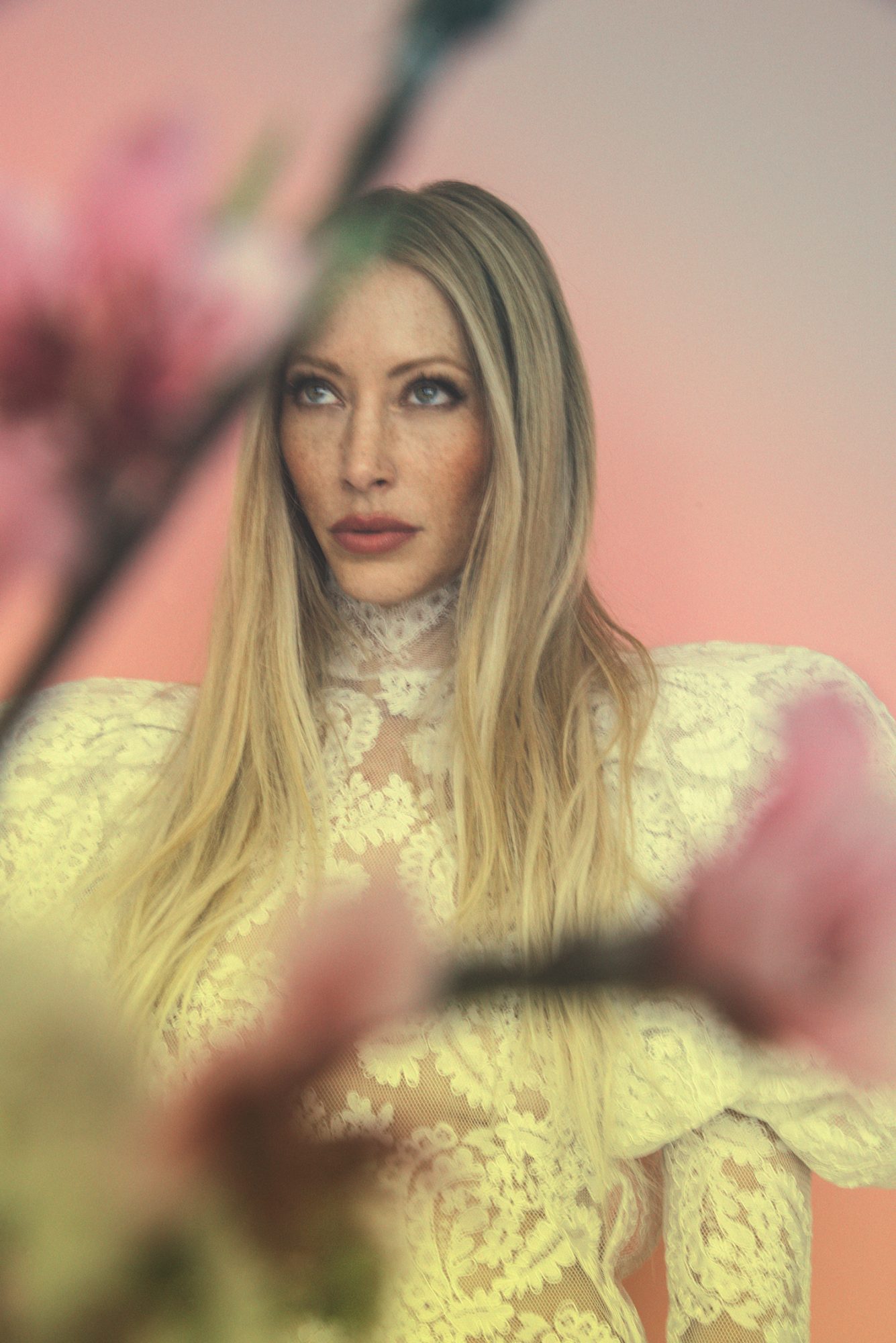 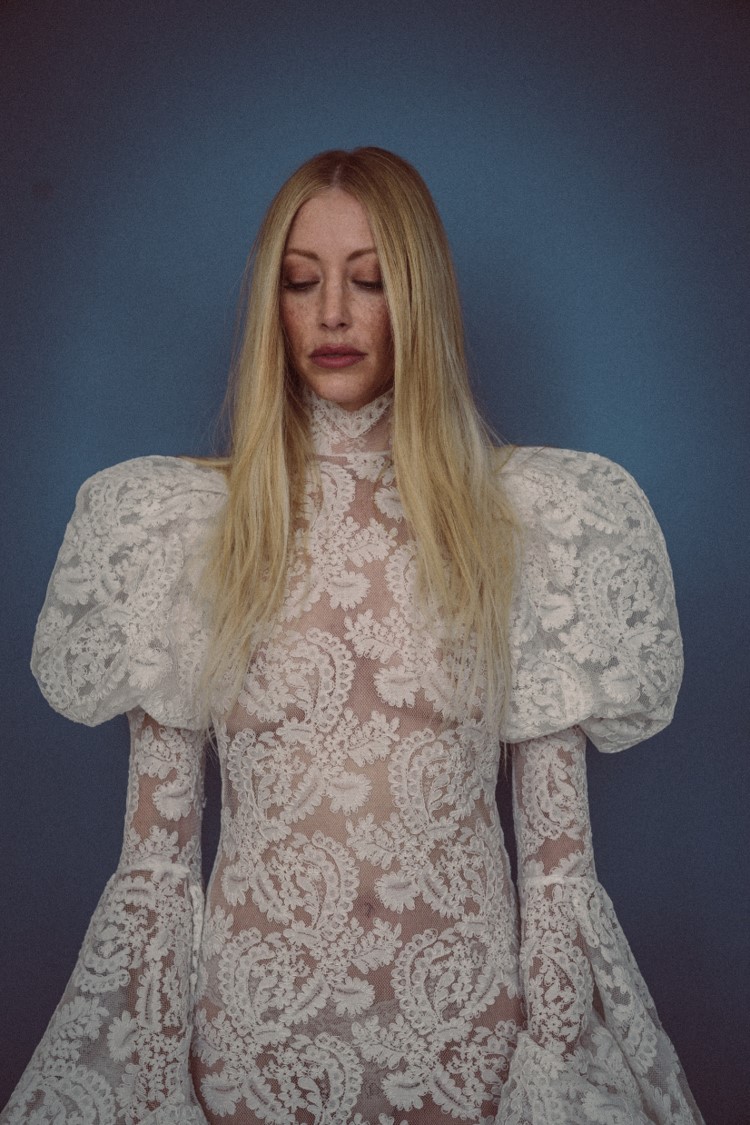 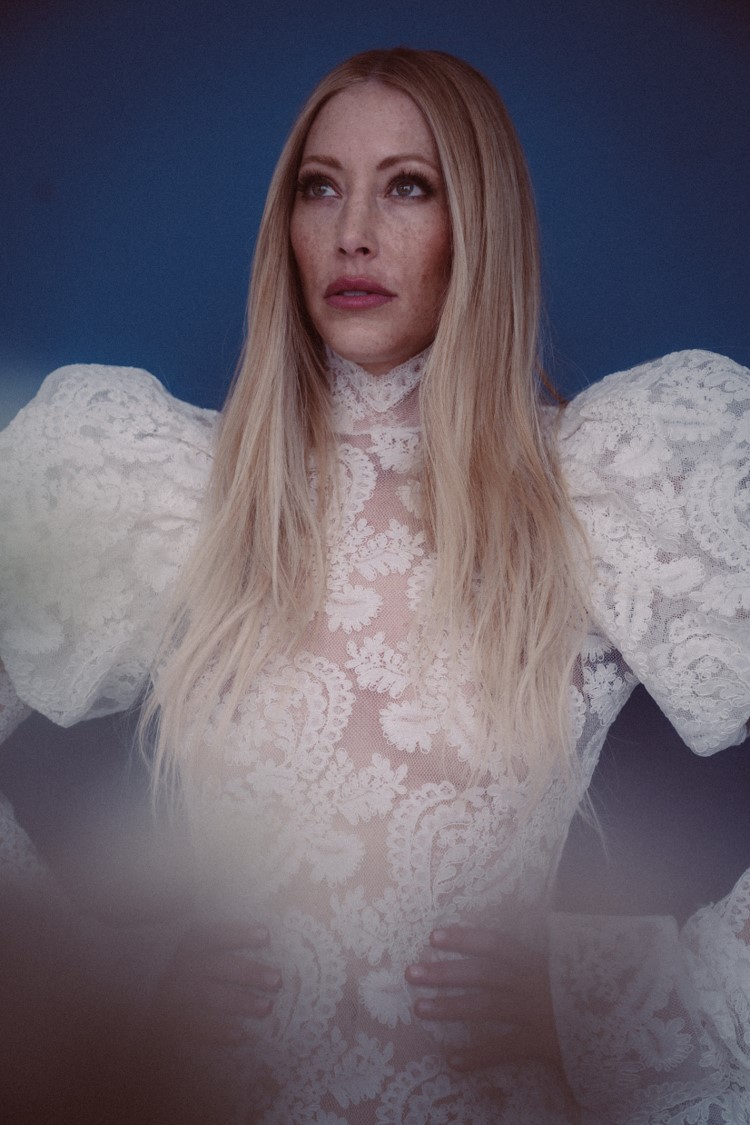 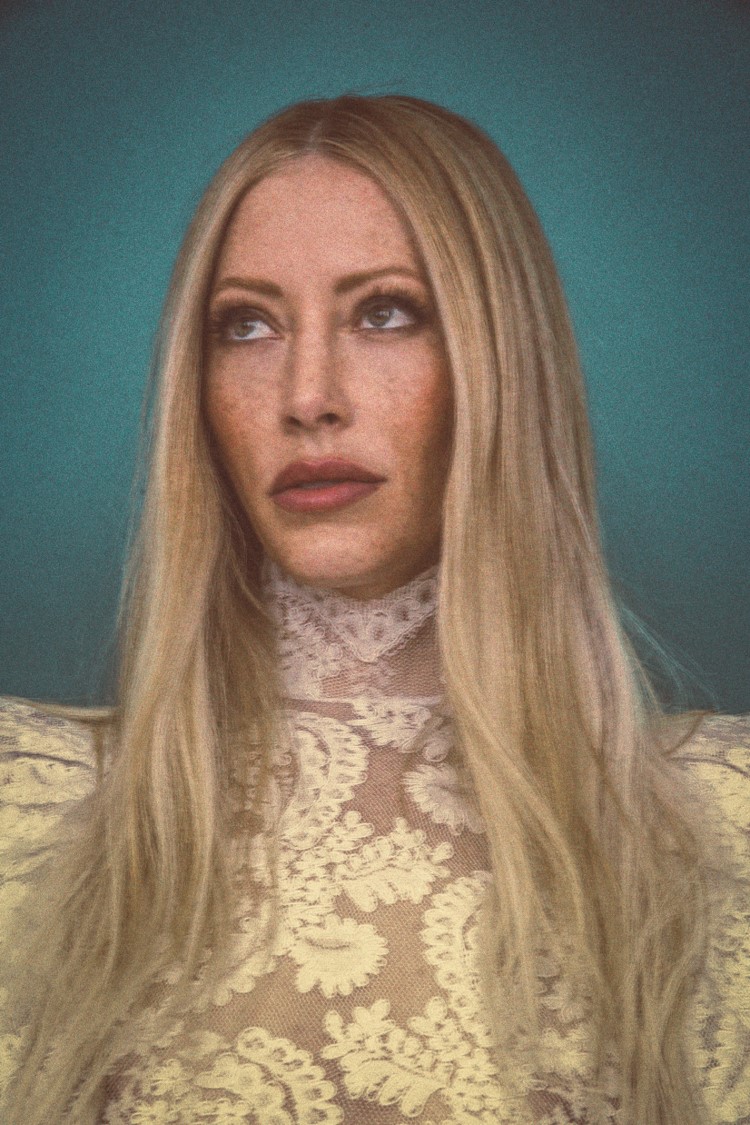