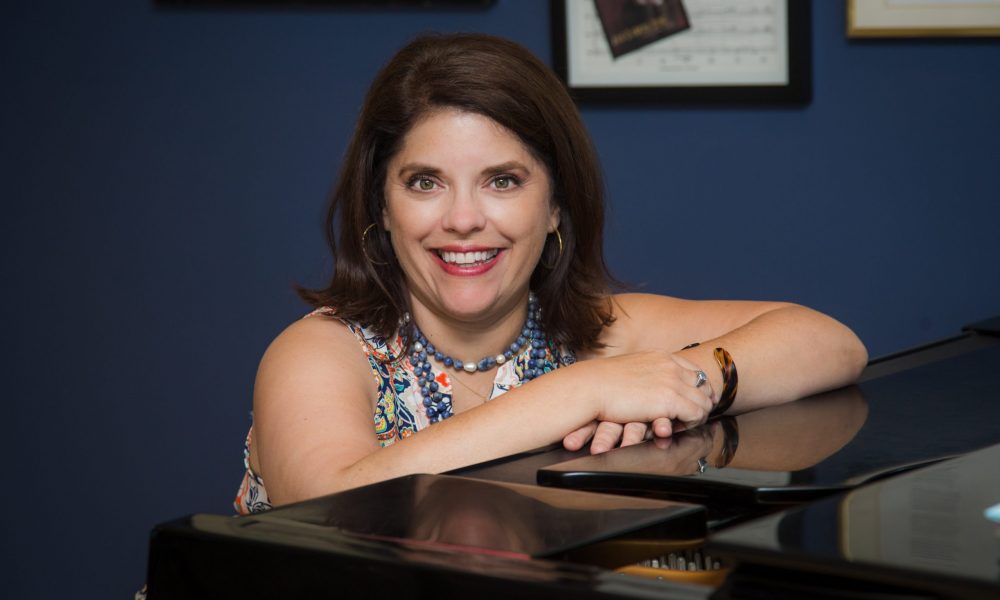 Today we’d like to introduce you to Julie Carmona Young.

Julie, please share your story with us. How did you get to where you are today?
My musical journey – as composer, piano teacher, accompanist, vocal coach – started at the age of 5. My mom says she gave me a choice between piano and dance, and I chose piano. My teachers were college students and pastor’s wives from the Spanish Baptist church we attended. They soon found out I could play piano and I began playing for the congregation at the age of 10. Mostly hymn playing, but congregants would return from trips to South America with songs without notes and I began using my ear to find the pitches, and began improvising around these foreign melodies. I continued taking lessons, in piano and harpsichord, all the way through my collegiate years at California State University, Long Beach, earning a B.M. in Music History in 1985.

My musical influences during this time were varied. Growing up in a Cuban household, with parents who tried to fit in to this new American way of life, Mozart and Harry Belafonte were the most used vinyl records in the Carmona home. My older brother would bring home Chicago, Joni Mitchell, Doobie Brothers, The Who, The Doors, Paul Simon, Stevie Wonder.

My own influences were Billy Joel, ELO, Faith Hill, Steely Dan and Gypsy Kings. All these and more drew my attention to the power of music, and the power of a great song. During this same span of time, I was improvising as a daily practice, not yet ready to call them “songs.”

After graduation from CSULB, I was married and my musical pursuits were shelved for a few years until my first child was born 4 years later. A friend passed 4 students on to me, and 25 years later, I’m still teaching. My teaching has grown consistently from year to year, and my students have gone on to become doctors, lawyers, architects, record producers, musical theater singers, mathematicians. I give credit to Bach and other classical composers for shaping the chemistry of my brain to be analytical and musical. And I credit my faith as the bedrock and reason why I teach with a sense of purpose, and inspiring students to use their craft for good.

This improvising bit was always part of my musical exploring at the piano, but after my father passed, in 2000, I started song writing in earnest. I used all those same research, analytical skills shaped in college to teach myself the art and craft of songwriting. After attending nationwide conferences, I recorded my first solo cd, in 2006, “I Can’t Lose Heart.” I am currently working on a new project and hoping to be completed by end of 2017. If I had to say what drives my songwriting, it’s the hope that one song can change your life. Whether the song is played, or sang, or a choir sings an anthem, the music can change you, if you let it. It’s my dream to work with songwriters like Billy Joel someday. It can happen!

Another thing that has shaped my musical experience has been the years I have worked as an accompanist. First, at Carmenita Baptist, then as a substitute at Calvary Church of Santa Ana, and at Orange High School. I was employed by Faith Fellowship in La Palma for ten years, where I worked under T. Stephen Nichols, and then later, by Villa Park High School, where I accompanied the choirs led by Mary Ester Blakley.

Definitely the highlight of my songwriting work was 2 years ago, being nominated for an Emmy, for a song co-written by myself, Marty Medriano, Josh Arreguin and Addie Hamilton, a former student. The song, “Just Breathe” was placed on “The Young and the Restless” on CBS. Even though the song wasn’t selected for the Creative Arts Daytime Emmy, the experience has proved to be life changing and I have my sights set on walking the red carpet again for “best original song.”

Overall, has it been relatively smooth? If not, what were some of the struggles along the way?
Not even close. Piano teaching is sometimes at the whim and mercy of the economy. And I’ve been lucky that my students have stayed with me for years and I have had very little attrition.

In 2013, I did have to get a day job where I worked early morning hours and then turned around and taught lessons for the evenings. Working 60 hours a week for over a year was insane, and I learned that I would rather have fewer students and cut financial corners, than be unhappy in a 9-5 job and I’m so happy to have learned that lesson. I feel extremely grateful to be able to make a living doing what I love to do.

Personal struggles are part of the bumps along the road as well. Divorce, death, aging parents.

And yet, the things that I tell my students are the same things I live by. It’s the consistent day in, day out, of practicing that holds you together in those moments – and great music, naturally!

Alright – so let’s talk business. Tell us about Julie Carmona Studios – what should we know?
I think what I’m most proud of is that I have built a solid reputation in my community as a great teacher. My students stay with me for years and when they leave my office, continue on in relationship with me. It’s mostly that I believe my teaching isn’t just about teaching, it’s mentoring for life. Of course, when I’m teaching younger children, they don’t know that, but my older students do. We talk about everything and I challenge them to think and to understand that music learning isn’t just about music learning. We apply the same rules of discipline and character to our adult lives, as we do to learning a piece of Bach. We apply the same standards for excellence to a composition as we do for that project we turn into our bosses or teachers.

Julie Carmona Studios is a sole proprietorship and has been in my current location for 7 years. I’m an MTAC and ASCAP member, offering Certificate of Merit, piano lessons, composition, vocal coaching. I teach Monday-Friday, from 12-9, and currently am accepting students on a waiting list for those coveted after school times.

Any shoutouts? Who else deserves credit in this story – who has played a meaningful role?
So many people!! But before I wax off about them, I would say part of my work ethic has been to learn all I can, and so I read, or listen to NPR, and pick up a tidbit here or there that has been part of my “success” story. Taking time to reflect each summer about what worked in the preceding year, and what didn’t, has been part of my business of reflecting and refining what I do. And I’m always reinventing the wheel – wanting to do things better than I did the year before.

One of my decisions in the last year was to let someone else do the things I don’t do well, so I can concentrate on the things I do well. Like bookkeeping and accounting. I handed off my books to my bookkeeper so she can communicate to my CPA and it’s been an enormous relief to my work flow weekly. The next step is to hire an intern to offload some of my admin work so it’ll free up some time to work on my composing more purposefully.

My biggest influence in the past few years was my choir conductor that I worked with for 10 years. Being his accompanist was full of challenges but I learned to really listen, and observe everything and I think that kept me motivated to work hard. Playing for a choir was fun and he taught me that being excellent at your craft is rewarding. It is!