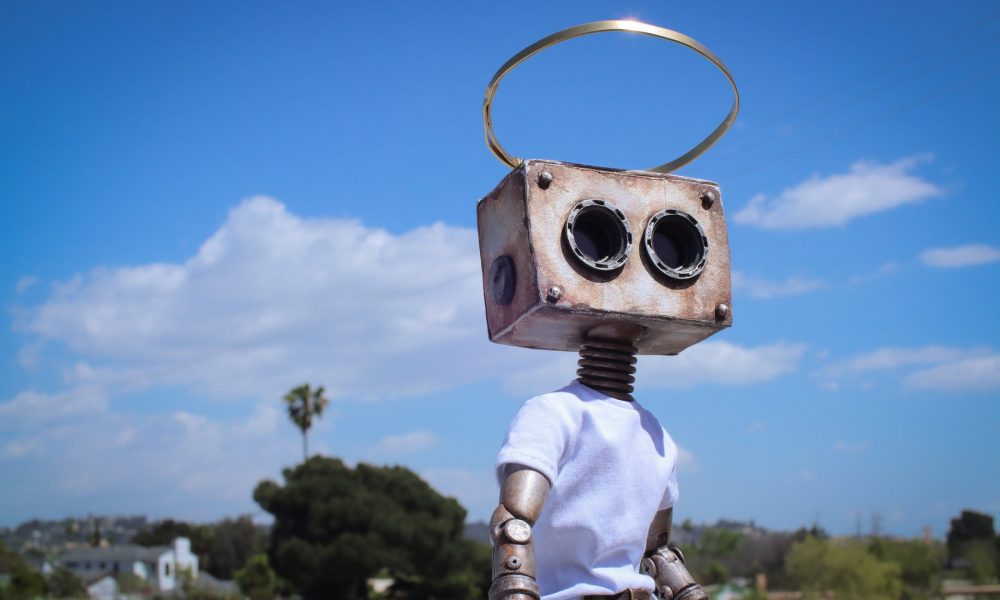 Today we’d like to introduce you to Julian Curi (aka Righteous Robot).

So, before we jump into specific questions, why don’t you give us some details about you and your story.
I’ve made just about every mistake an aspiring filmmaker can make. I’ve believed my talent matched my tastes, felt entitled to big breaks, approved bad audio, hyped doomed Kickstarters, and mimicked Tarantino’s dialogue – badly.

Since moving to Los Angeles in 2012, I waited years for people to believe the story I had told myself my whole life – that if I got the chance, my work would be excellent.

Well, I got chances. And the work was not excellent.

In those first years, any short film I stumbled through was stifled with visions of Sundance or Cannes Film Festival, of conversations soliciting feature film deals, and of acceptance speeches. I was blind to poorly fed friends on set who volunteered their help. I called people that “didn’t get it” shallow and blamed my lack of traction on the industry – not myself.

That changed in 2016 with a short film (https://bit.ly/2ZxRUVt) I co-directed with my future best-man, starring his future wife, his brother, and my future wife. Our goal wasn’t to be lofty or award-winning. It was to stop waiting, stop making excuses, and make something while everyone else waited for gigs.

From YouTube, I taught myself basics of prop-making, sound mixing, editing and color grading. It wasn’t flawless. But it was real, handmade, and cheap.

My approach to making movies would never be the same.

I stopped dreaming about things I couldn’t afford and created from what I owned. If I didn’t own it, I would make it. If a genre or a skill wasn’t my strong suit, I’d make a short film with that thing front and center. I learned dreaming isn’t directing. Directing is. If I stopped trying to be the best and focused on doing my best – someday, it could be the best.

Has it been a smooth road?
Directing, shooting, lighting, make-up, set, and costume designing by yourself saves money, but not always sanity.

That quantity of responsibilities can be grueling on a set and can lead to mistakes. Fortunately, my (now) wife is always at my side, and our DIY set workflow is more streamlined and efficient than ever. But sharing those responsibilities with diverse, talented artists and capable craftspeople will always be a goal. One we’re working very hard to get to.

In the meantime, my wife and I continue to make movies while sheltering in place amidst the COVID pandemic. It’s just us, so the challenge of juggling roles on set doubles when we have to be in front of the camera as well. But the challenge has paid off, with our first “Stay Home Short” (https://bit.ly/2WmW5S3) winning first place in GearFocus’ “Focus on the Good” Short Film Contest, and our second (https://bit.ly/32oyDaW) winning the Grand Prize for Adobe and Marshmello’s “Be Kind” contest, with the 30 second short being featured in Marshmello’s Official Fan Video.

We’d love to hear more about your work and what you are currently focused on. What else should we know?
Righteous Robot is a storytelling hub. Whether through filmmaking or fine art, I strive to craft detail-driven, colorful, thought-provoking entertainment for an audience in a fast-paced world – if only for a minute or two.

If I had to start over, what would I have done differently?
While sanity can be the cost for taking on so many roles on a set, I have found the reward to be empathy. Working in someone’s shoes, however minimally, gives you a new vocabulary with which to interact with them – be it a technical or emotional vocabulary. In an environment as high stress as a film set, coherent, empathetic communication is worth more than lights and lenses. Those you can rent. Empathy is learned.

Another lesson I’m still learning is that “you are what you’re seen doing”. If I want to be known for/hired as the world-building, genre-hopping, bright, poppy filmmaker – I have to put out work that suggests just that. Otherwise, I’m asking people to have faith in an idea. Family and friends may have faith in you, but Hollywood does not. It needs proof. And when it calls on you, you’d better have the bite to match your bark.

I would have told stories rather than talking about telling stories – and married my wife sooner. 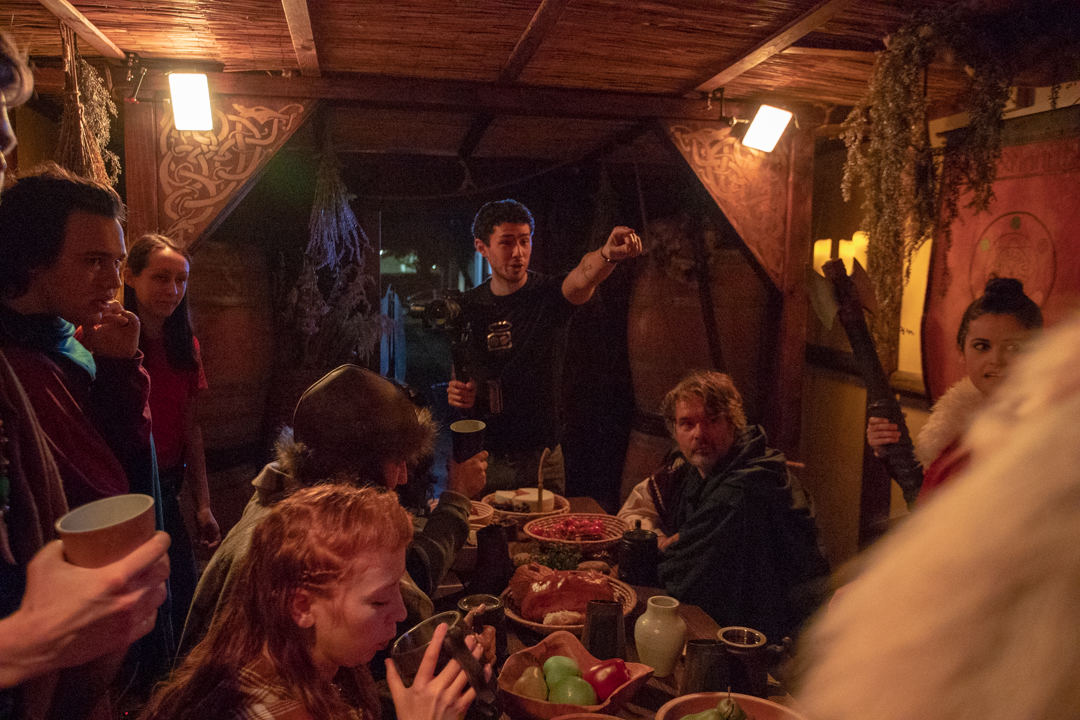 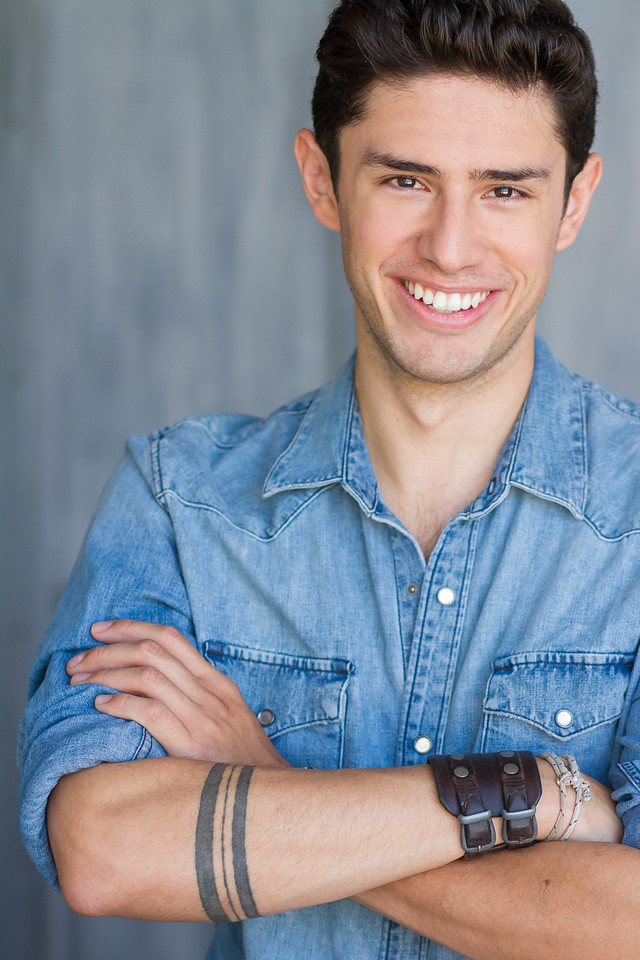 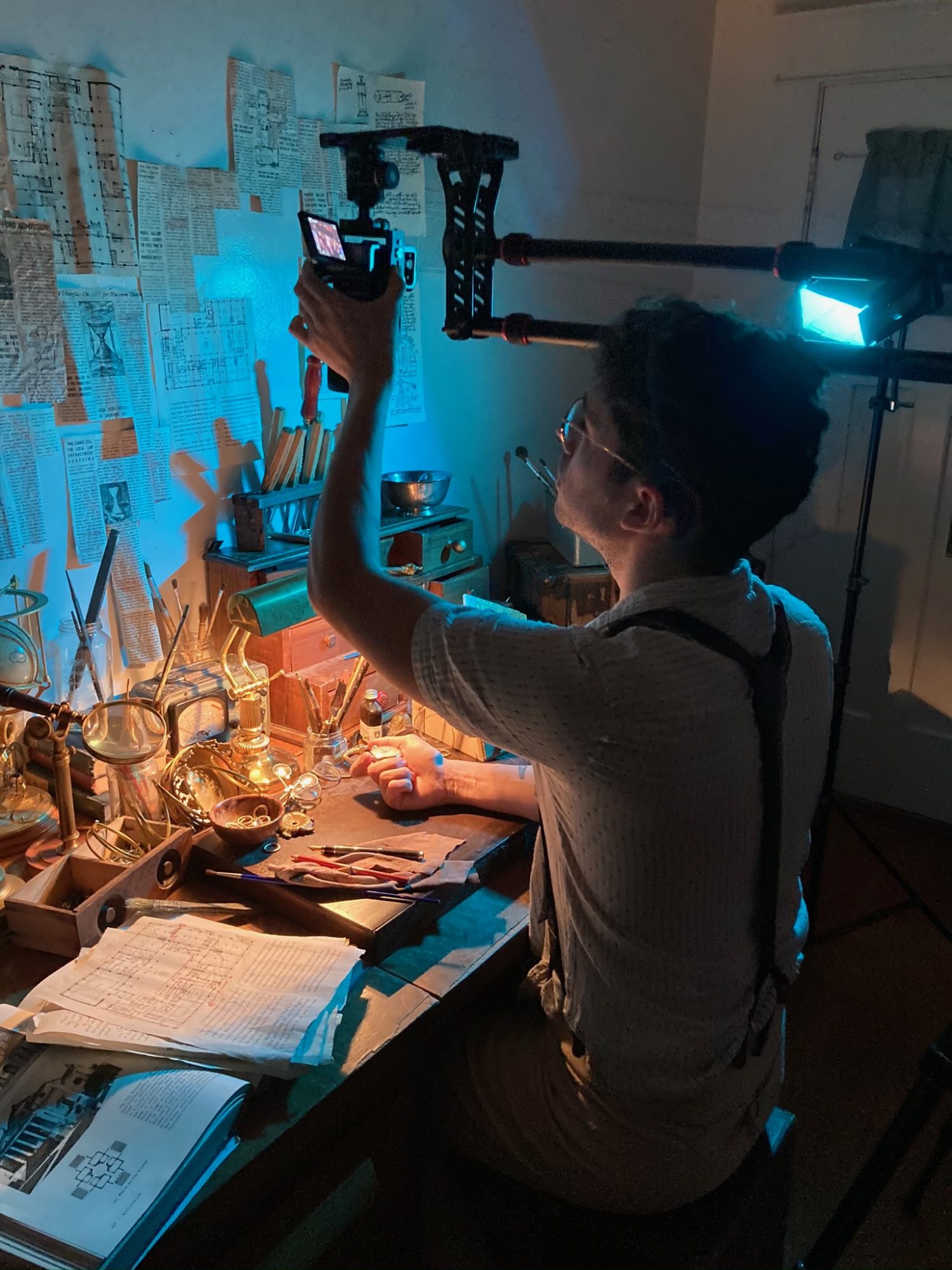 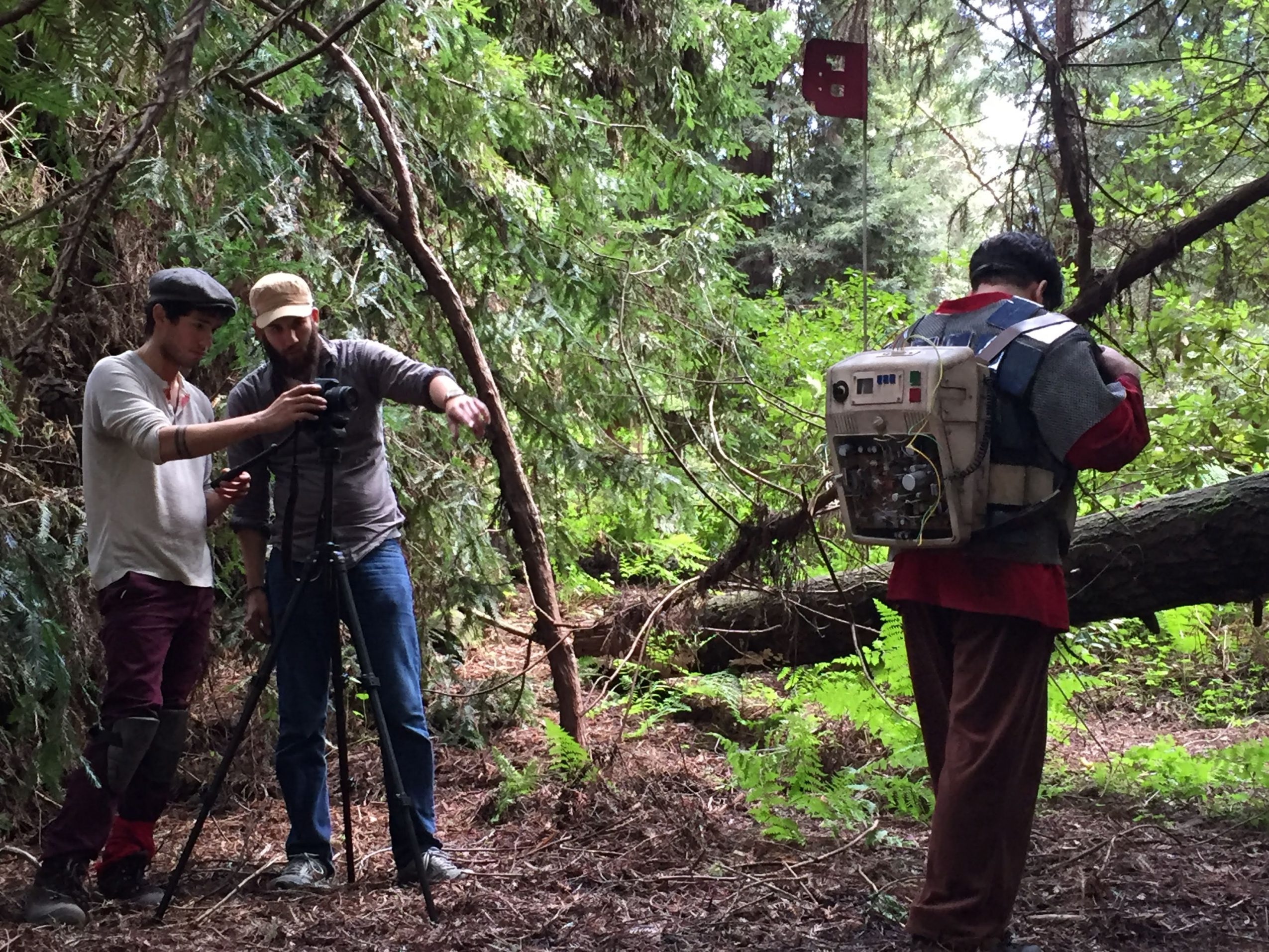 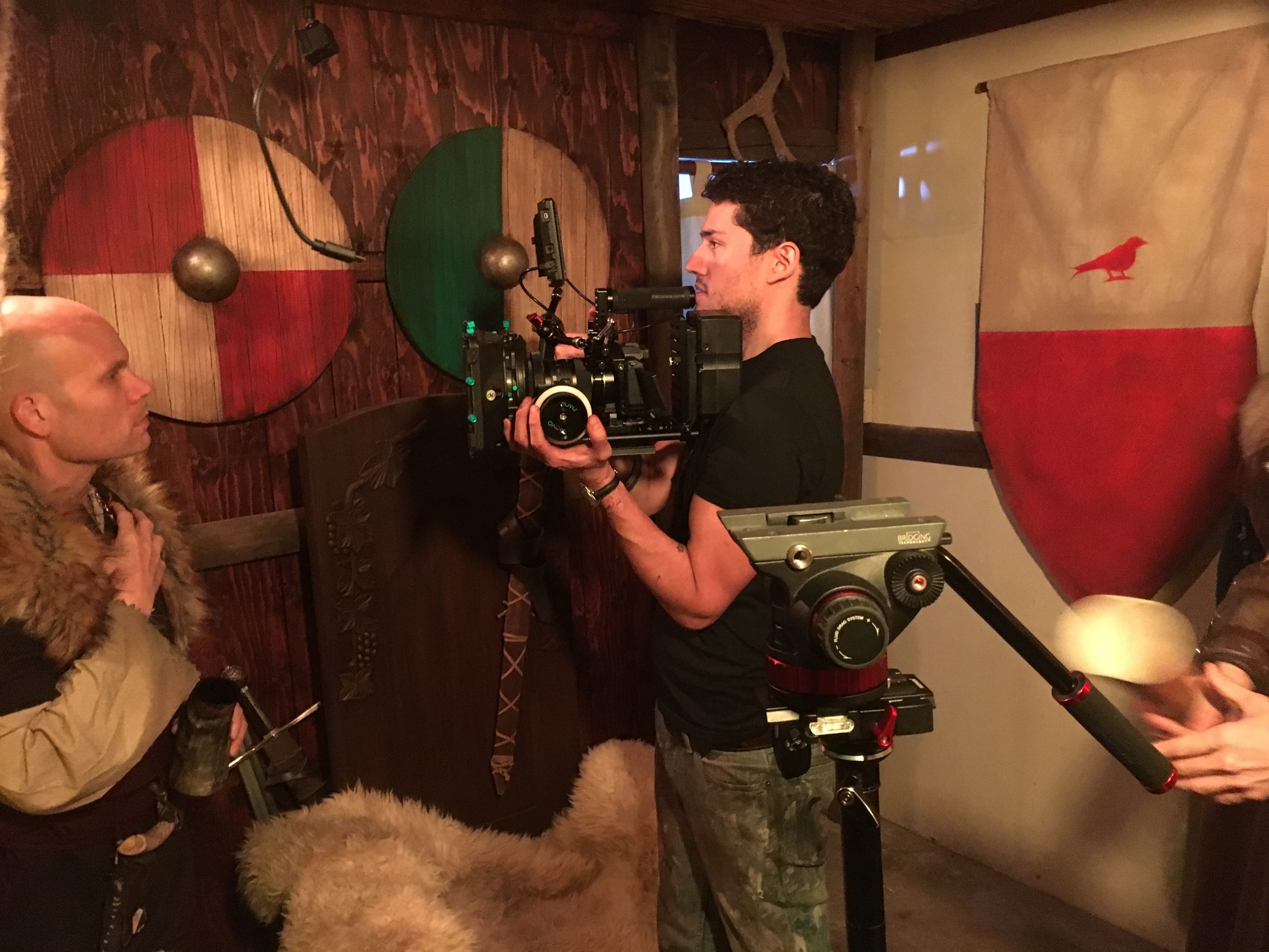 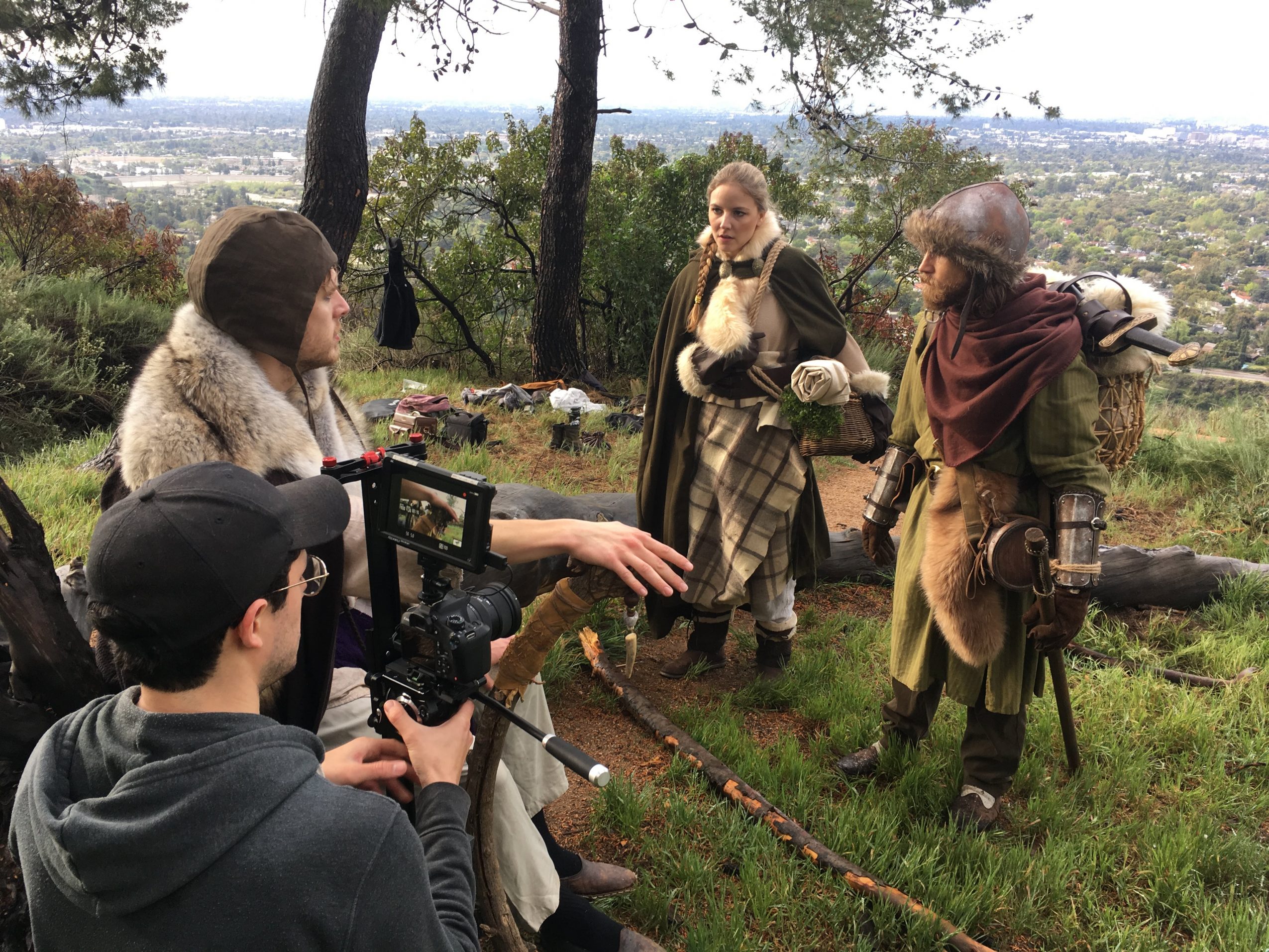 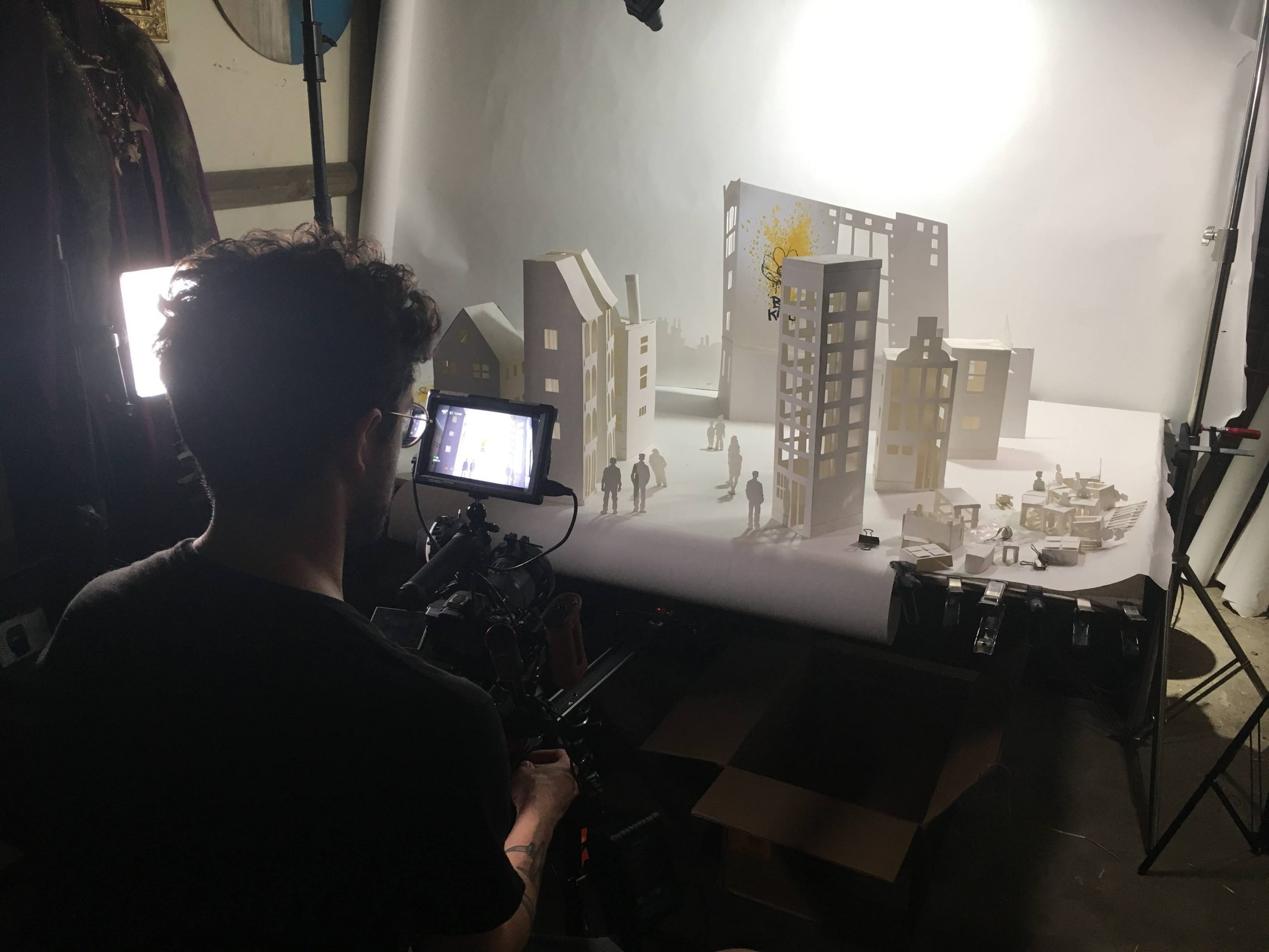 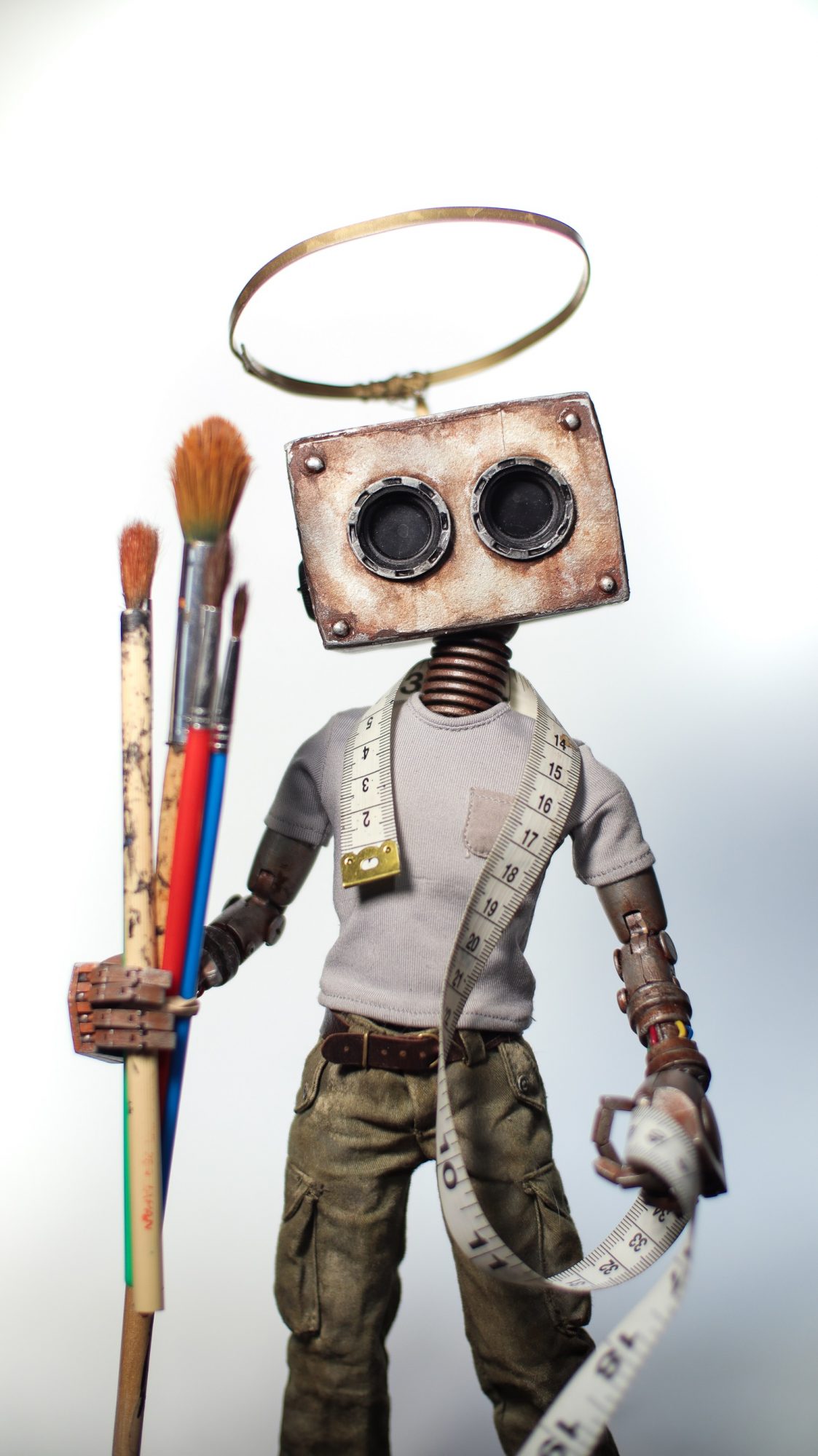 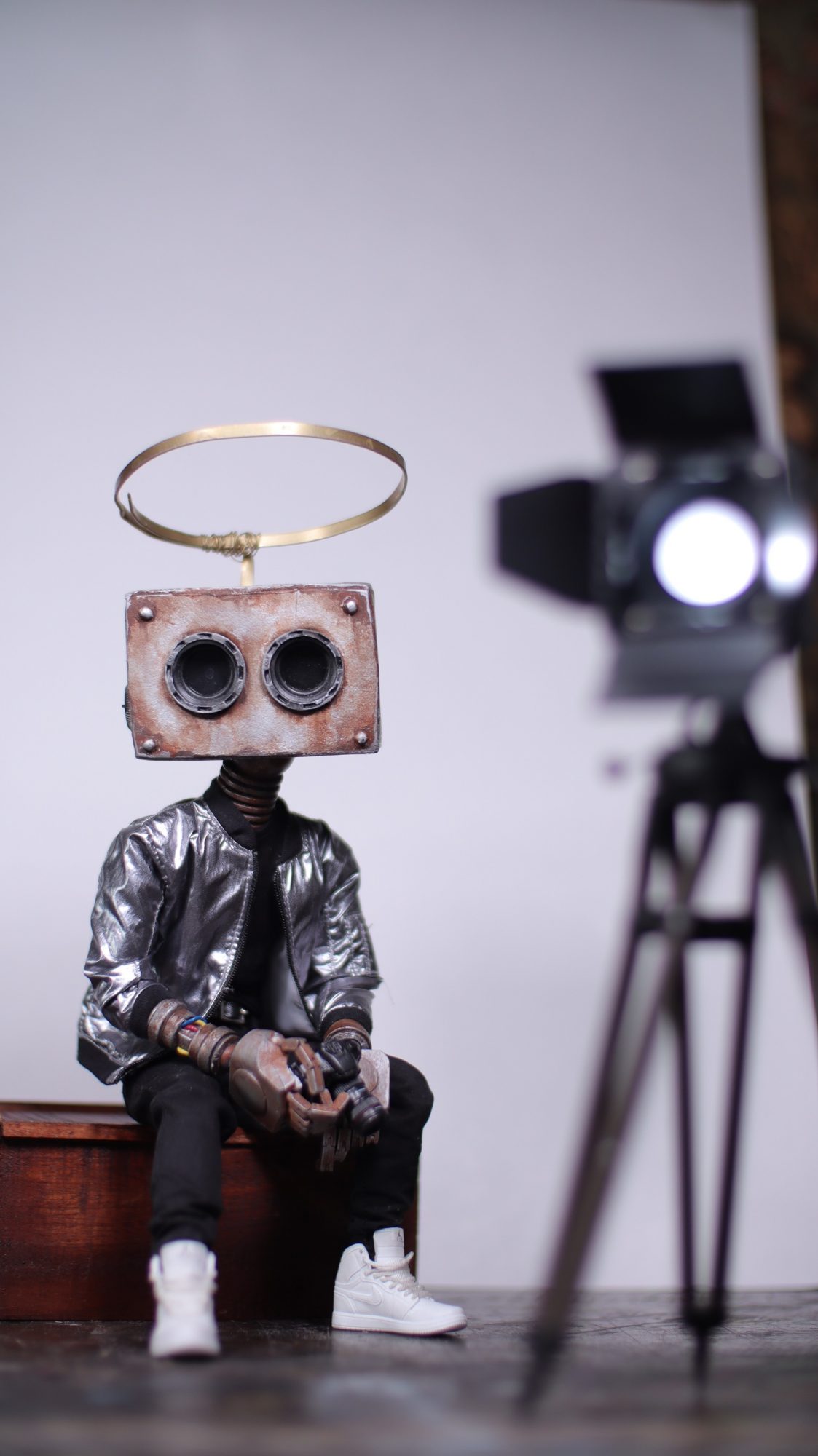 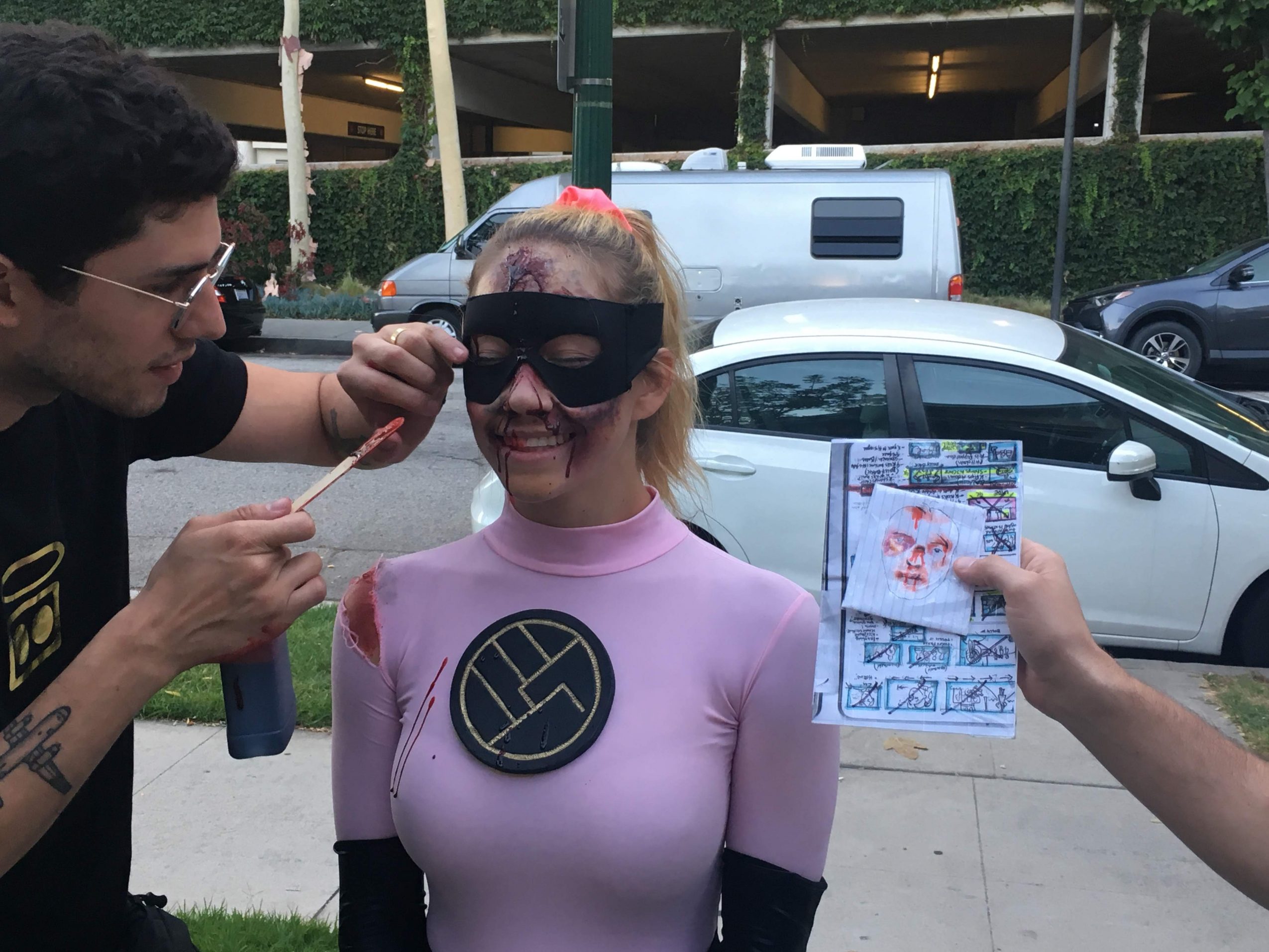