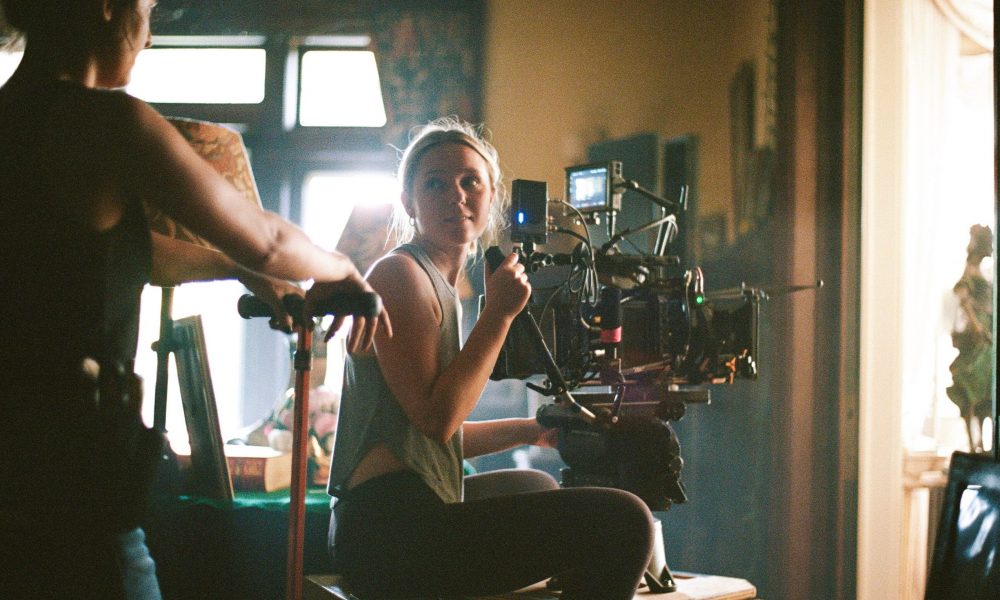 Today we’d like to introduce you to Julia Kupiec.

Julia, please share your story with us. How did you get to where you are today?
I took my first film class in my junior year of high school. In retrospect, it was honestly kind of an ingenious class. Our teacher, Josh, was like 24 years old and fresh out of film school. He taught us in a way that cut all the fat out of the process. For our first assignment, he taught us the basic tools in Premiere and just handed us each a hard drive with footage from a music video he had shot and said: make it cool. You learn really quickly that way. That’s the biggest piece of advice I always have for new filmmakers: just start making stuff. It’s the only way how.

I made a music video in that class which, in my senior year, I submitted to the student film competition at the Santa Barbara International Film Festival called “10 10 10” and I was selected as one of 10 directing contestants. Each of us was given a different 10-page script and we had 10 days to shoot it. It was the first scripted film I had ever made. Naturally, I didn’t win. I was CRUSHED.

The silver lining was that one of the judges emailed me after the awards ceremony and told me how impressed he was with my film and that he hoped I was planning to pursue directing. That email gave me a little confidence I hadn’t had before.

A few months later, I used that project to apply to NYU’s film program. I got in and headed for NYC. (Important to note that I am privileged enough to have parents able and willing to pay for a private college education: I have lots to say about the price of college in this country and how we need to make it much more accessible for everyone).

It would be difficult to summarize my experience at NYU. The amount I grew there as both a filmmaker and as a person is still beyond my understanding. The best way I can state it is that New York is an incredible place – if you want to grow, throw yourself into a space that is completely unlike any place you’ve ever been before and just start meeting people and watching people and absorbing it all. A part of my heart will always be in New York.

Beyond just the city, Tisch (the school of arts at NYU) is likewise an incredible place. It’s one of the top film schools in the world – and being surrounded by that kind of talent was simply the best experience I could have asked for in a college education. I don’t say this to toot my own horn, quite the opposite – I met, became friends with and collaborated with so many filmmakers who were SO much better than me that, at moments, it could feel totally crushing. But that kind of experience is so important. Surround yourself with people who are way more talented than you and learn from them. It takes recognizing your own insufficiencies to overcome them. But, that piece of advice comes with a necessary qualifier: yes, try to recognize your own insufficiencies – but also don’t be so afraid of them that you stop yourself from making things. The best piece of advice I ever got was when a professor told me to not be afraid of making bad work, because then I’ll never make anything. That shift in perspective is basically how I survive in this world, ha. Everything I make is, on some level, bad! Every time I finish a project, I’m like, oh my gosh this is horrible. But, its kind of supposed to be – I’m young, I’m learning – through the mistakes I make now, I’ll learn to get better. I pretty strongly believe that no one ever benefits from thinking their own work is BRILLIANT. If your work is so awesome and theres nothing you’d change about it, then there’s no more room to grow. I think the best sign of growth is being able to criticize the flaws in your own work – because it means you’ll make something better next time.

Check your ego at the door and that’s were making good work starts.

In college, I also started taking a lot of random classes that interested me. Philosophy classes, psychology classes, writing classes. Another piece of advice for anyone who wants to be a storyteller (filmmaker or otherwise): find topics other than your literal creative medium that interest you, and dig in. You don’t come up with stories by watching other films (maybe sometimes you do) but most of the time, I come up with stories by reading some random article about some random thing and going: hmm… that could be interesting.

I graduated from NYU in May with a BFA in Film Production, a minor in Philosophy, two short films, a few music videos and commercials under my belt – and my first film festival award for “Best Music Video” for my project, “Truth” from Fusion Film Festival (New York University’s premiere film and television festival dedicated to celebrating women in film). I’ve made so many incredible friends and collaborators that I can’t help but feel simply and utterly grateful for it all.

So… where am I today? I guess that’s a difficult question.

I’m a freelance director in an industry where less than a quarter of directors are female. I’m not fully supporting myself as a director yet, but at 23, I don’t think I’m far away and I’m pretty proud of that. I’ve just sent in one of my short films, “Not for Sale” to film festivals around the globe and come December, I’ll start to find out how much traction it’s getting. I’ve just directed an international branded video for Yoga to the People and it launches later this month. In two days, I fly to London to attend Raindance Film Festival where “Truth” is screening next to music videos for artists such as A$AP Rocky and FKA Twigs. Then, I’m off to Italy to serve as the cinematographer on a documentary about Italian winemaking. Then, come December, I’m supposed to move full time to LA with my boyfriend and a couple of my best friends (if anyone wants to find me an apartment – BE MY GUEST.)

Life is good. Life is crazy. We’re seeing where it goes. I still have so much to learn as a storyteller and as a human but that’s the whole fun of it, right?

Great, so let’s dig a little deeper into the story – has it been an easy path overall and if not, what were the challenges you’ve had to overcome?
Oh my god, none of it has been smooth! It shouldn’t be though – challenge is a friend.

It’s no secret that film is an incredibly sexist industry. I’ve been sexually harassed on set. I’ve been told (by a professor at NYU) that I should stop wearing dresses because no one will take me seriously – they’ll be too distracted by my body. I’ve also been blatantly ignored in so many conversations while men (who are less experienced than me) are asked for their opinions. I have been told to quit directing and instead pursue a career as a Script Supervisor, because “a lot of women do it.” (That is not to say that being a Script Supervisor is an unimportant job – diligent Script Supervisors are vital to the success of any narrative project). My point is that I’m not a Script Supervisor and I should not be told to be one because of my gender. I have been actively put down, pigeonholed and underestimated. All women have.

Of course, I’m not this positive every moment of every day, but at my core, I believe in resilience and resourcefulness. Our struggles make us who we are – and we choose to be all the better for them. Struggle is what teaches us about our own power. It also teaches us to empathize with others because we can recognize their struggle.

Storytelling is all about empathy – so any addition to my own can’t hurt.

What do you do, what do you specialize in, what are you known for, etc. What are you most proud of? What sets you apart from others?
I’m a freelance Director and Cinematographer of short-form content (one day I’ll make a feature film – but that’s probably a couple of years away). Till then, I’m sticking to branded content, music videos and short films.

I suppose what sets me apart from other directors is the fact that I have a background as a cinematographer and as an actor. The fact that I know how to be in those roles has heavily influenced the way I approach directing.

Is there a characteristic or quality that you feel is essential to success?
Collaboration and humility. There are so many individuals involved in making a film – the director is just the person whose job it is to make sure all of those other individuals have what they need and are on the right track toward accomplishing the vision of the film. Being a good collaborator is indiscernible from being a good director. Related, being a humble director is incredibly important to the success of the film. Having humility as a director means being able to recognize when someone else has a better idea than you – it’s about not getting caught up in your own ego. It means recognizing that every person involved in making this film is invaluable.

Film crews work 12 hour days or longer. To put it simply, my motto is, yes, OBVIOUSLY be good at your job – but also be a good person. No one wants to spend 12 hours with someone who is unkind. 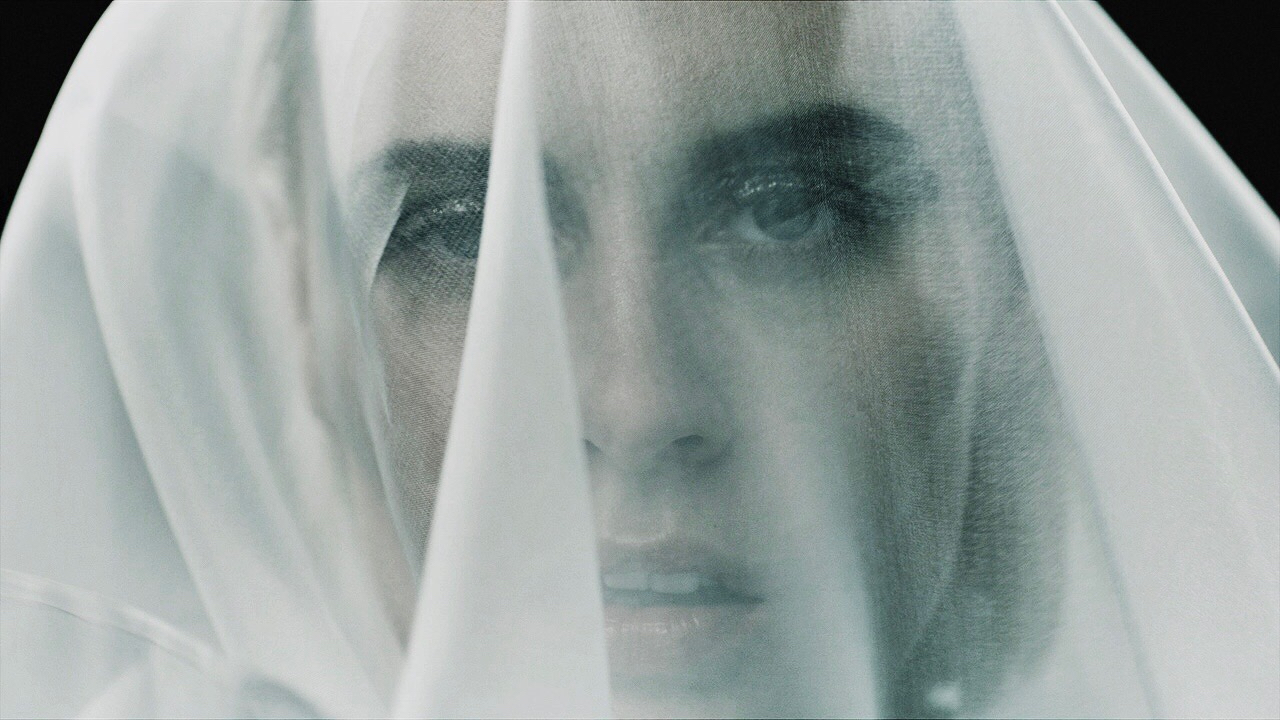 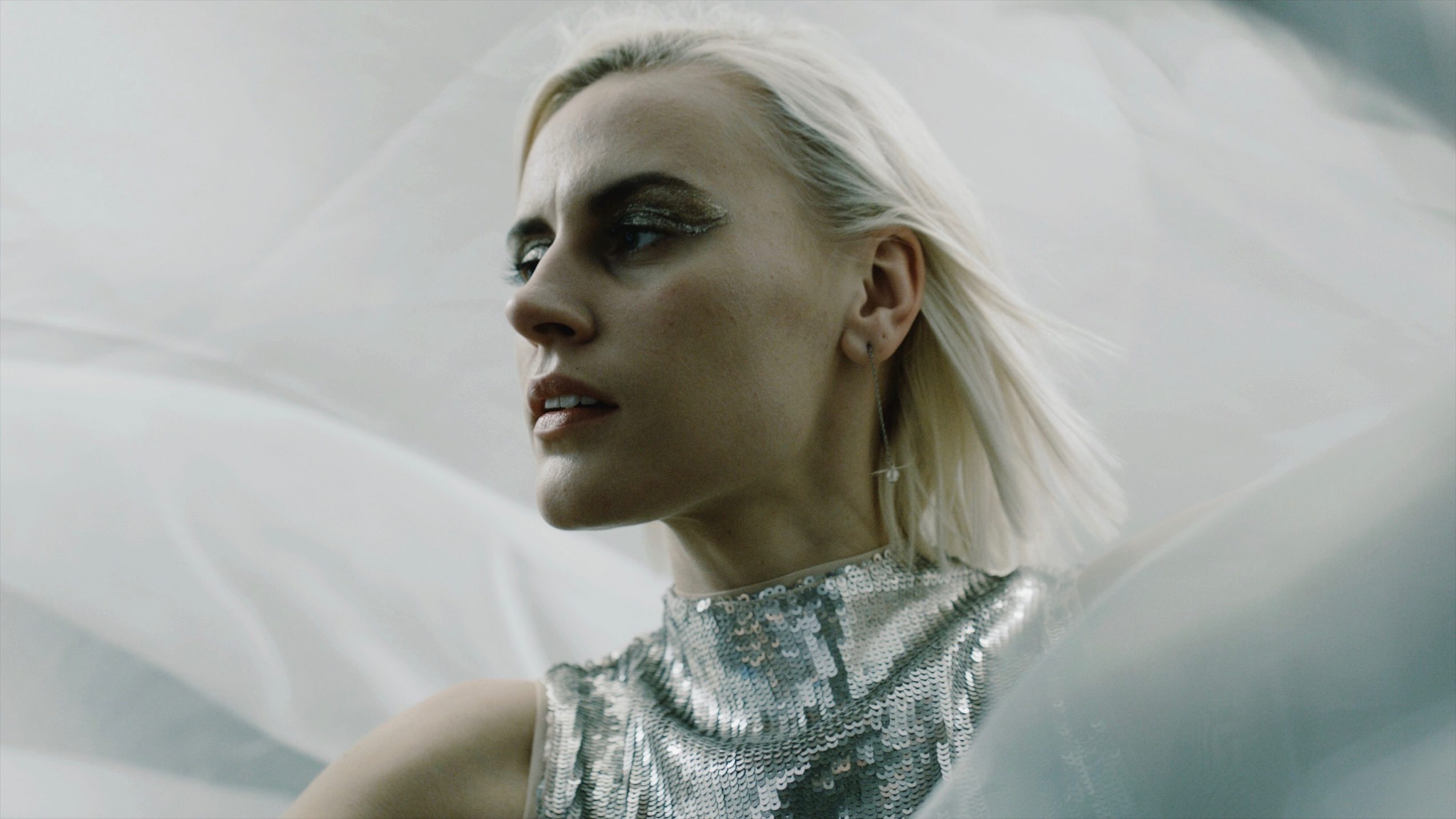 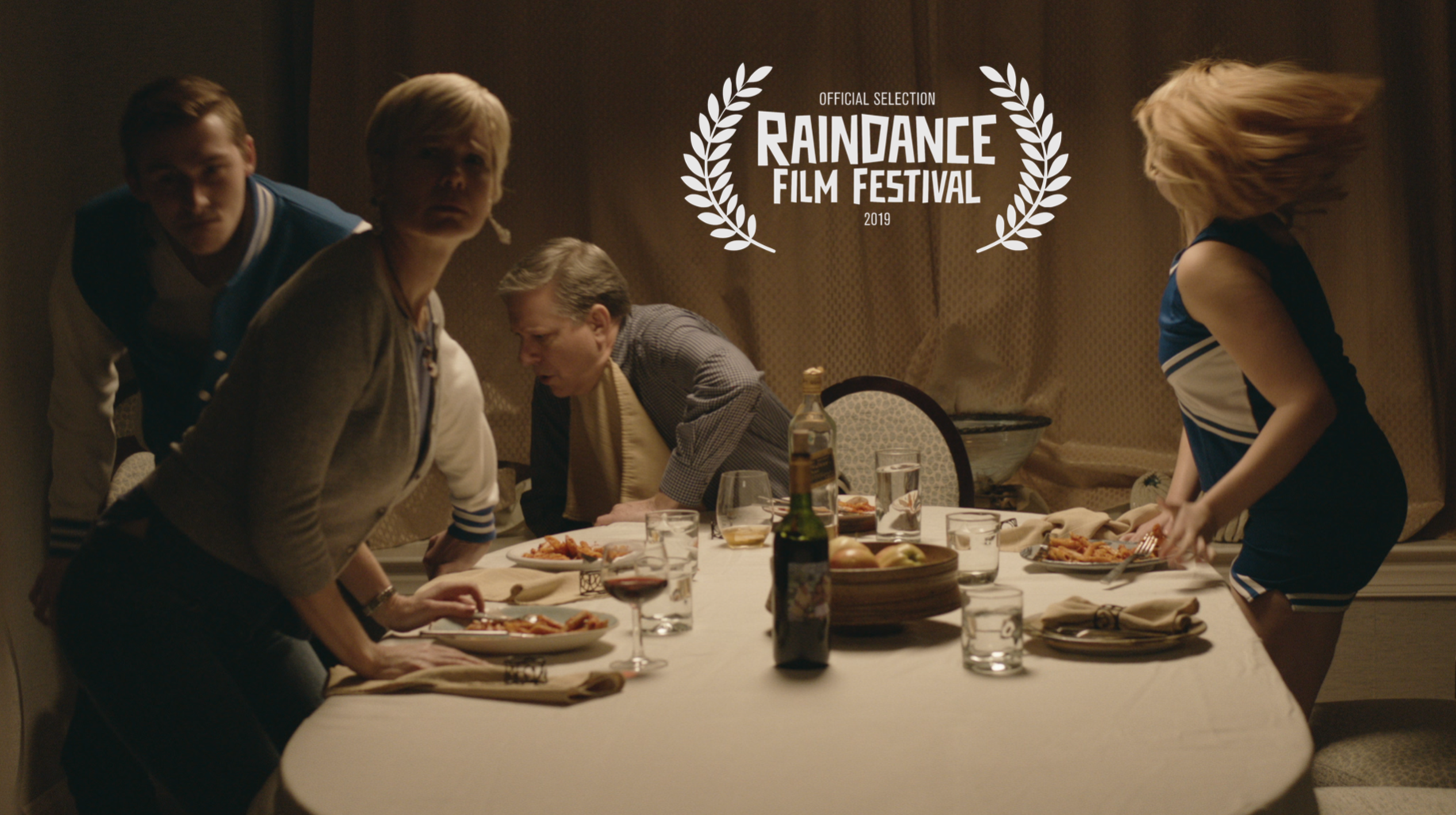 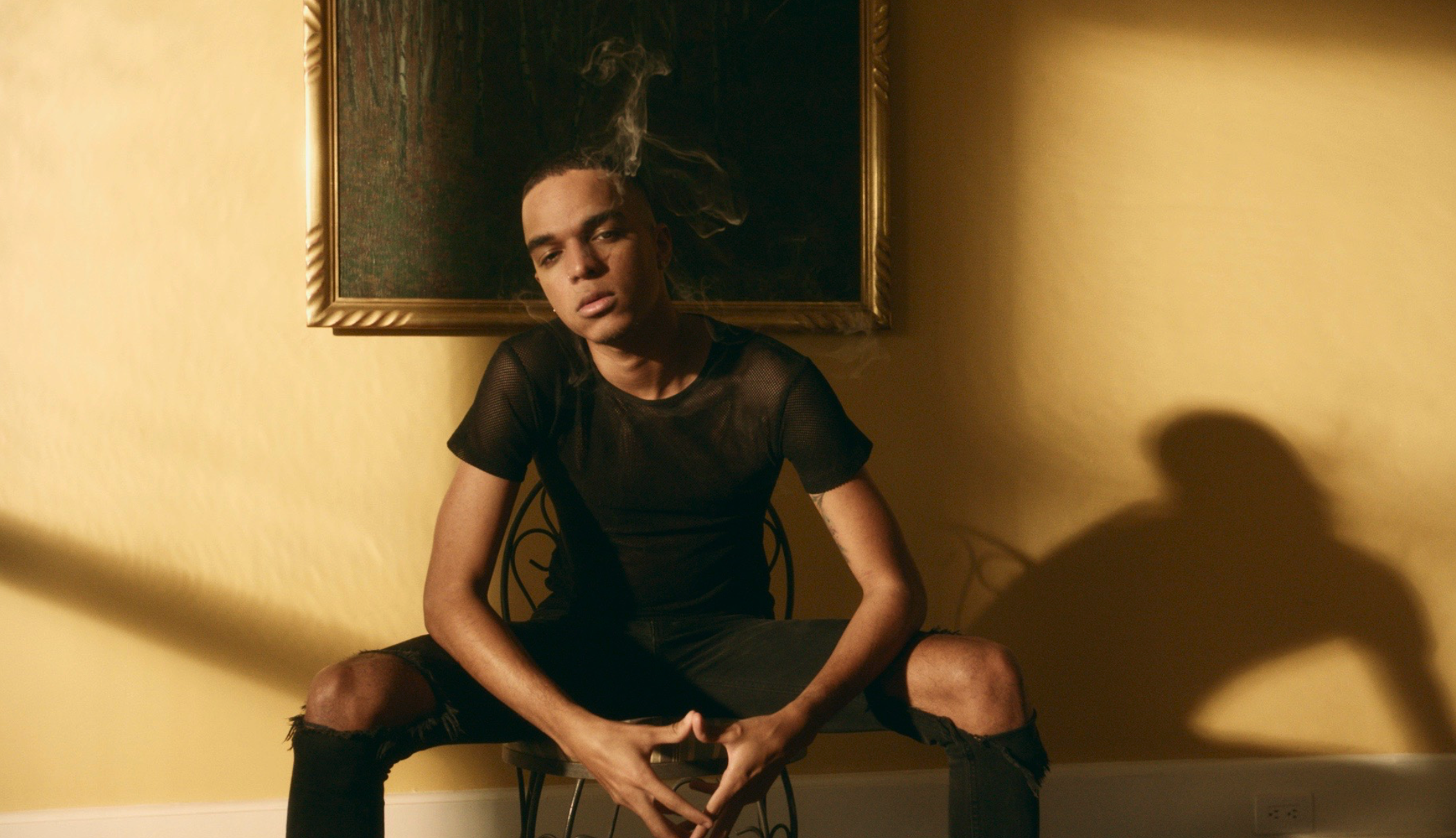 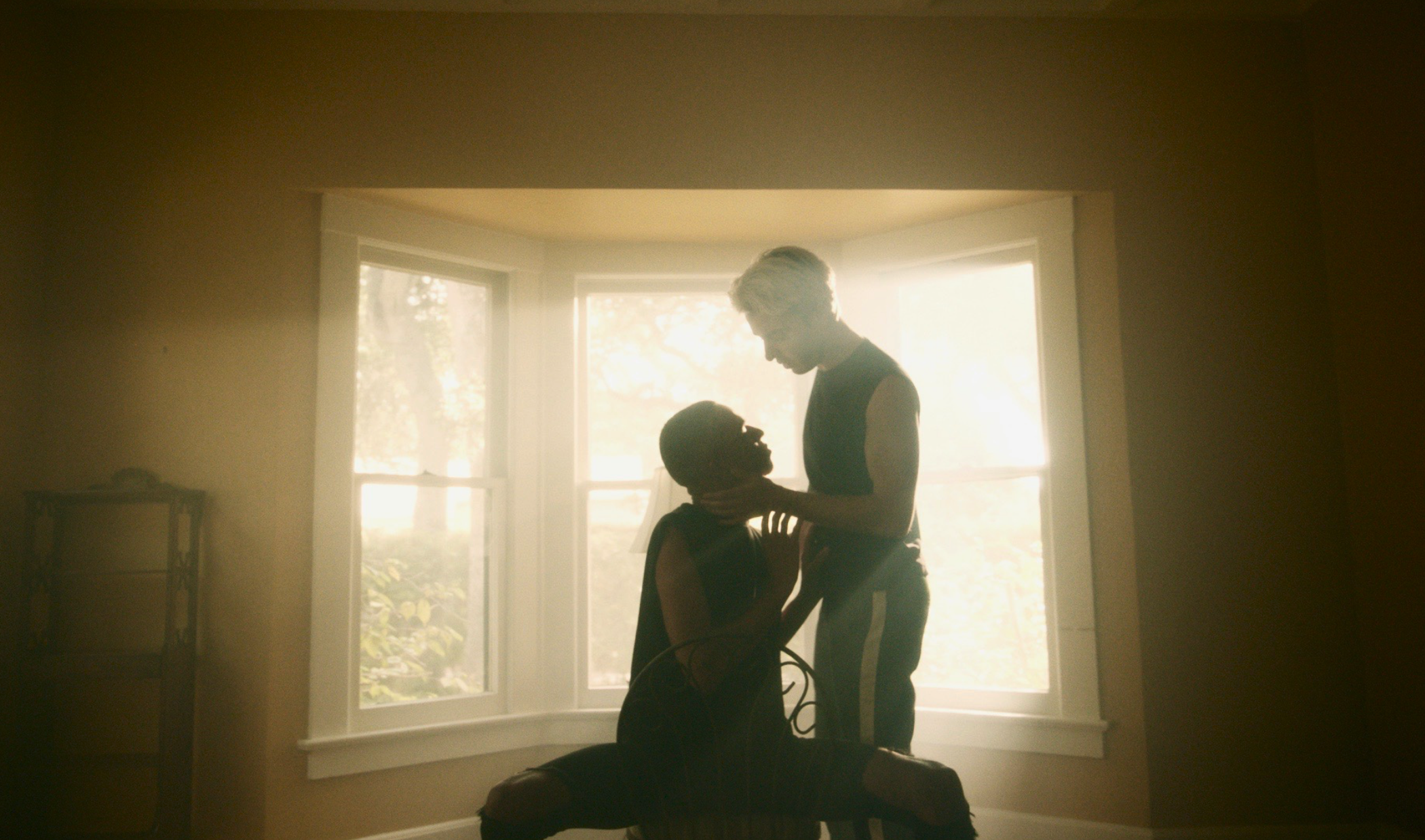