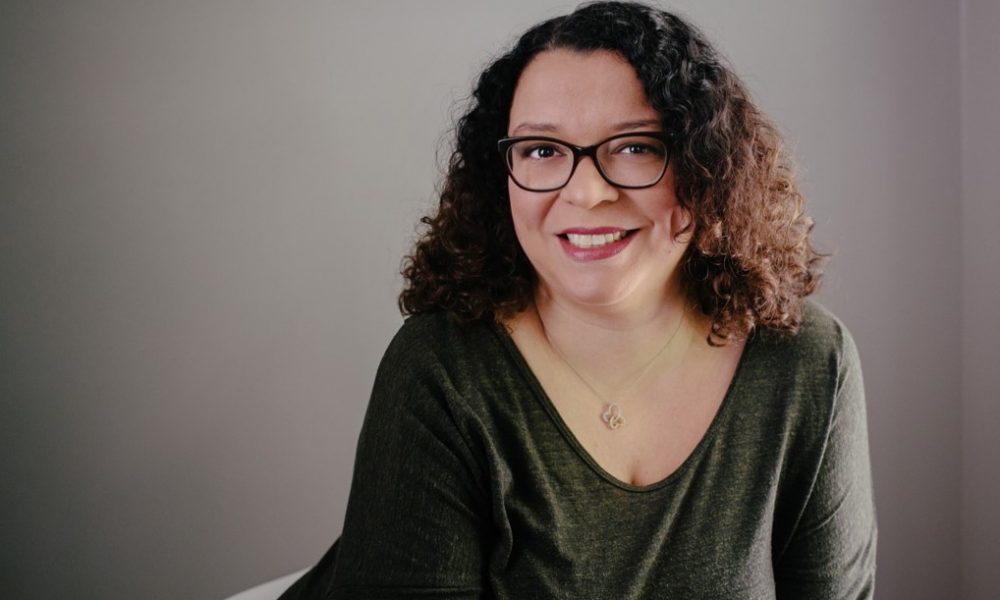 Today we’d like to introduce you to Julia Camara.

So, before we jump into specific questions about the business, why don’t you give us some details about you and your story.
I’m originally from Brazil. I moved to Los Angeles almost 20 years ago to study film. I have a BA from Columbia College Hollywood, and I’m a UCLA Professional Program in Screenwriting alumna. I’ve had many odd jobs while living in LA and pursuing writing and filmmaking.

I’ve been an entertainer at children’s birthday parties, I was a massage therapist for a while, a Portuguese teacher, a production assistant, a translator for subtitling, and an actress (hope my old headshot and reel don’t pop up somewhere).

I’m a queen of DIY, I’ve made several short films with a skeleton crew and no budget. Wearing way too many hats and partnering with my long term significant other, we wrote, shot, edited and released our film babies into the world. Some of those films played in festivals and won awards.

As a writer, I have focused on character pieces, sometimes with a sci-fi twist, always with a lot of myself in them. I wrote the sci-fi indie film “Area Q” (starring Isaiah Washington), a film about an American who travels to Brazil to investigate alien abductions. “Area Q” allowed me to explore her childhood fascination with aliens.

My second feature film, “Open Road” is about a Brazilian girl on a road trip in the US. But it’s a father-daughter relationship. My third feature film, “Occupants” is a true indie film, set in one location and with only three characters, started as an in-depth look at marriage. “Occupants” has screened at over 100 film festivals around the world and has won over 90 awards including a Telly Award for Writing.

My fourth feature film is “In Transit.” I also directed this one. Shot in mostly one day and with improvised dialogue, the film won Best Experimental Film three times; at the Glendale International Film Festival, at the Top Indie Awards Film Festival and the Culver City Film Festival.

We’re always bombarded by how great it is to pursue your passion, etc. – but we’ve spoken with enough people to know that it’s not always easy. Overall, would you say things have been easy for you?
There have been many challenges along the way. There’s so much rejection, it’s easy to get lost in the criticism and in that emotional place of always hearing no and feeling not good enough. Some days it feels almost impossible to just go on. But, for every set back I’ve had, I’ve managed to create something inspired by it. Rejection can sometimes fuel new projects.

“In Transit” is one of those projects. After hearing a lot of no, I partnered again with my husband Tim Aldridge, and we embarked on this adventure. The idea was to shoot a film with no script, only an outline, and with actors that had never met before and didn’t know the full story of the film. We also shot most of this film in one day. Even though the idea excited me, it also scared me a bunch.

The shooting process was different than anything I had ever experienced. I didn’t know exactly how to schedule the day since you usually base your shooting time and schedule on page counts. There was no page count, so the outline and the story had to guide us throughout the day. How do you plan for something that is happening right before your eyes? In a lot of ways, it was this was a perfect fit for me. I always felt that I learned best by doing it.

The real challenge proved to be post-production. Tim and I had completed short films before taking them from raw footage to final product without any outside assistance. But finalizing a 76-minute film on top of raising our child and working other jobs seemed almost impossible. So, we brought in a post-production team. It took us three years to complete it, but the film premiere last year at the Glendale International Film Festival.

We’d love to hear more about what you do.
I usually like to write thrillers, horror and sci-fi stories. I have also written drama and a few comedies. I’m a huge fan of horror and sci-fi myself, so it’s always easy for me to go into those genres and inhabit characters and develop those types of stories.

I develop stories with female protagonists often and enjoy portraying women in roles that have been classically written for men. I have been fortunate to work on co-productions between Brazil and the US. And because I have a lot of experience with low budget filmmaking, I always bring that level of creative thinking and problem solving to all of my projects.

So, what’s next? Any big plans?
I’m developing a drama TV pilot right now and have a couple of short films. I’d like to film this year. I’m always writing new material. Since I spent a solid three years in post-production with “In Transit,” I feel like I didn’t focus enough on writing new material, but since the film is finished, I can dive into new writing adventures. 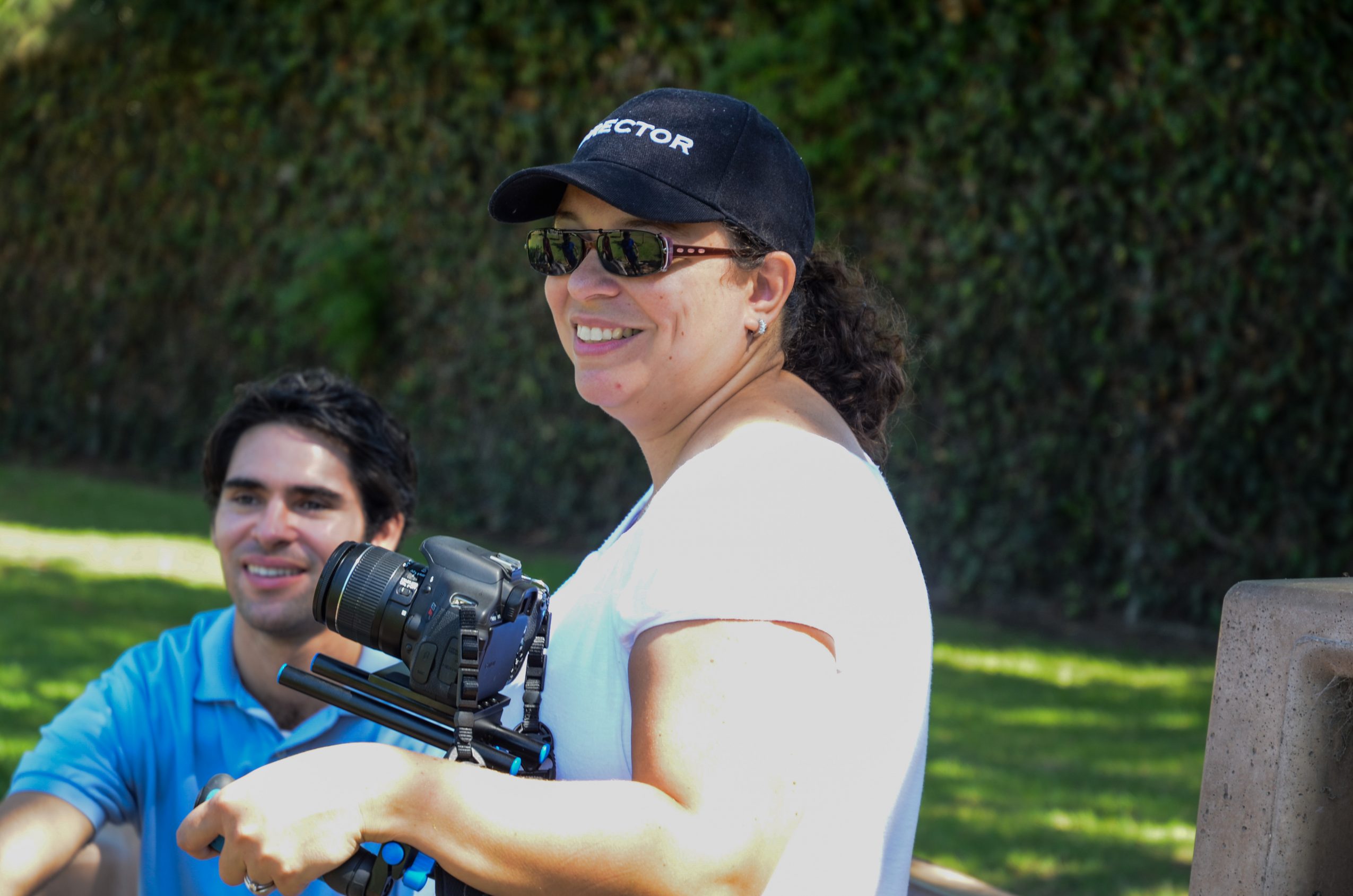 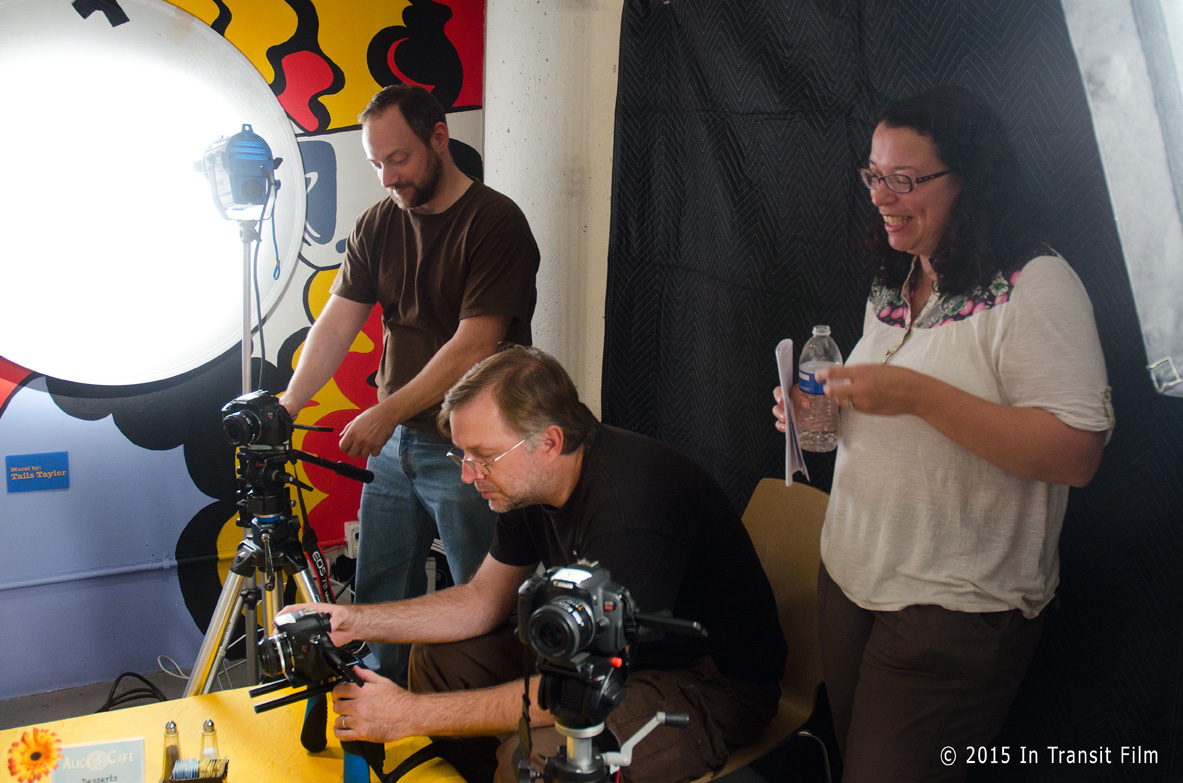 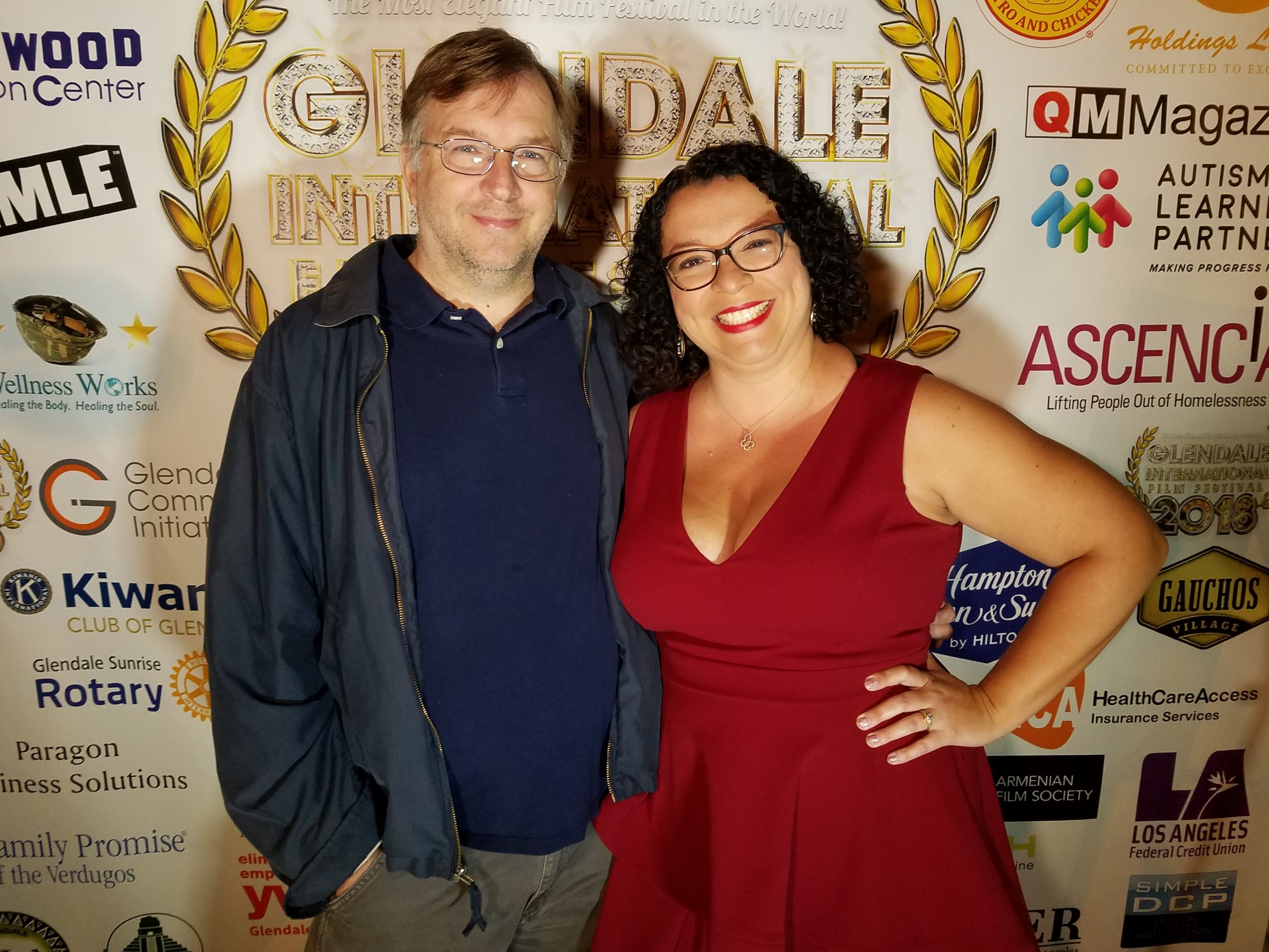 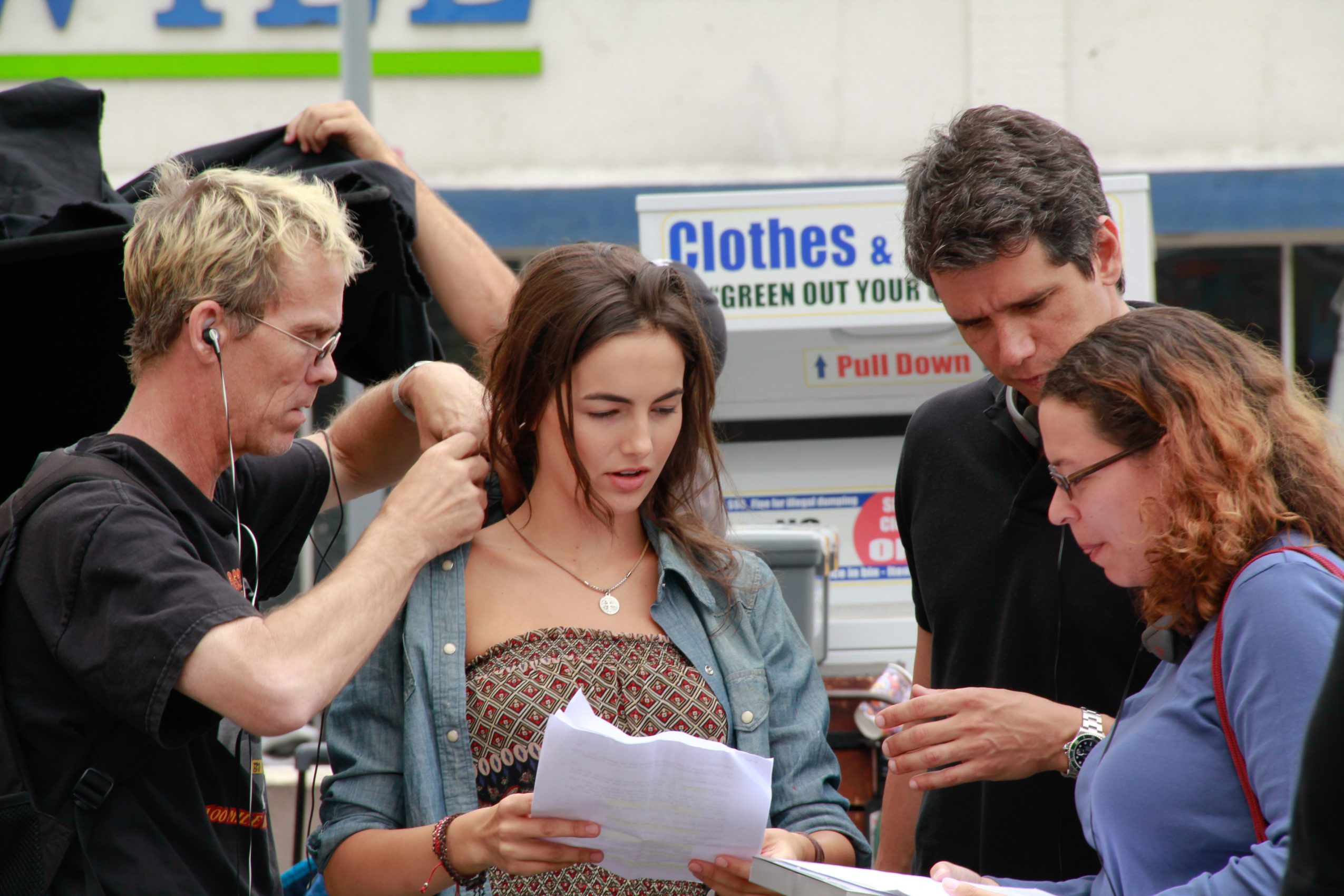 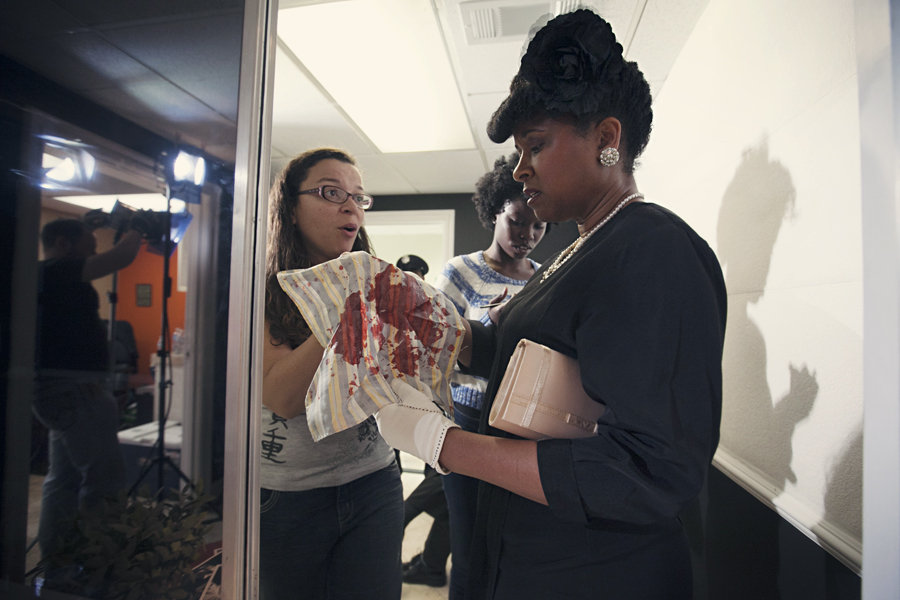